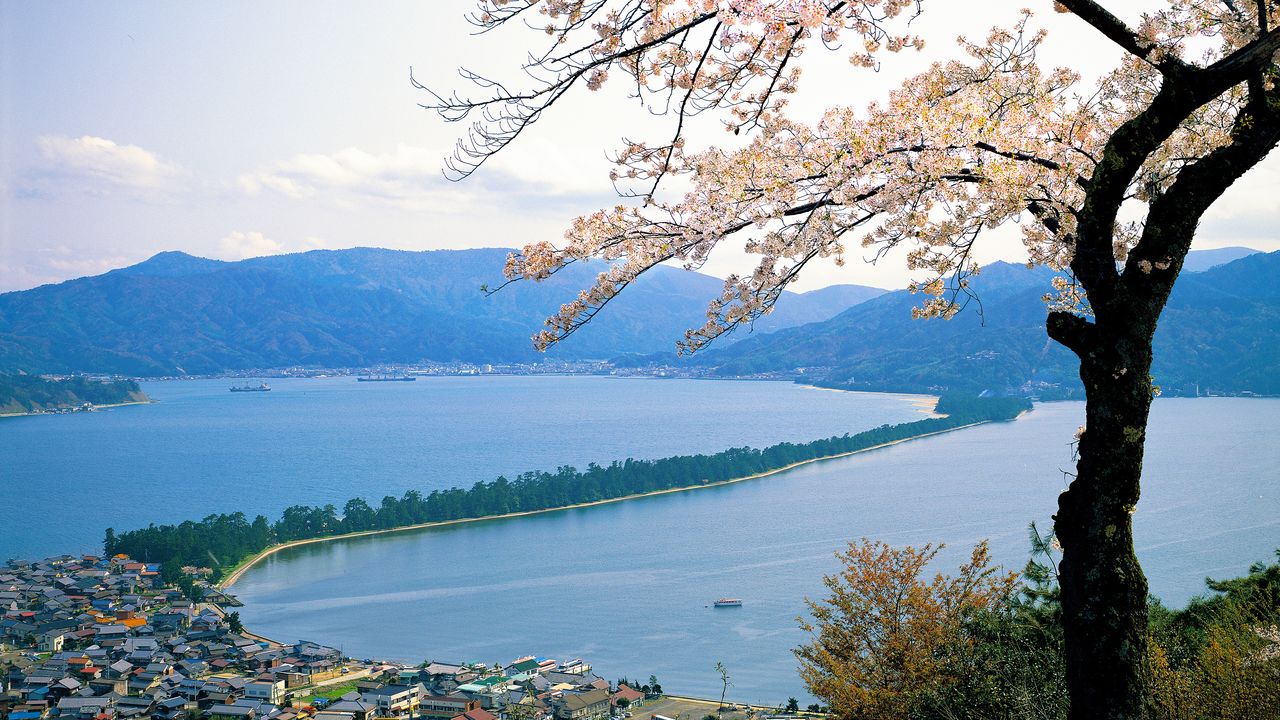 Amanohashidate: The Flying Dragon of “Kyoto by the Sea”

Travel Jan 30, 2019
One of Japan’s traditional Three Scenic Views, Amanohashidate is the best-known sightseeing destination in northern Kyoto Prefecture, an area recently rebranded “Kyoto by the Sea.” Here’s your guide to the only Japanese vista best viewed upside down.

An Ancient Pine Forest Stretching Across the Sea

Located in Miyazu in northern Kyoto, Amanohashidate is a 3.6-kilometer sandbar, varying in width from 20 to 170 meters, that separates the Asokai lagoon from Miyazu Bay, which in turn opens west to Wakasa Bay. Amanohashidate’s name can be interpreted as “Bridge to Heaven”; some legends describe it as a toppled ladder once used by the gods themselves to ascend into the clouds. Covered with thousands of densely growing green pines, it certainly looks the part. 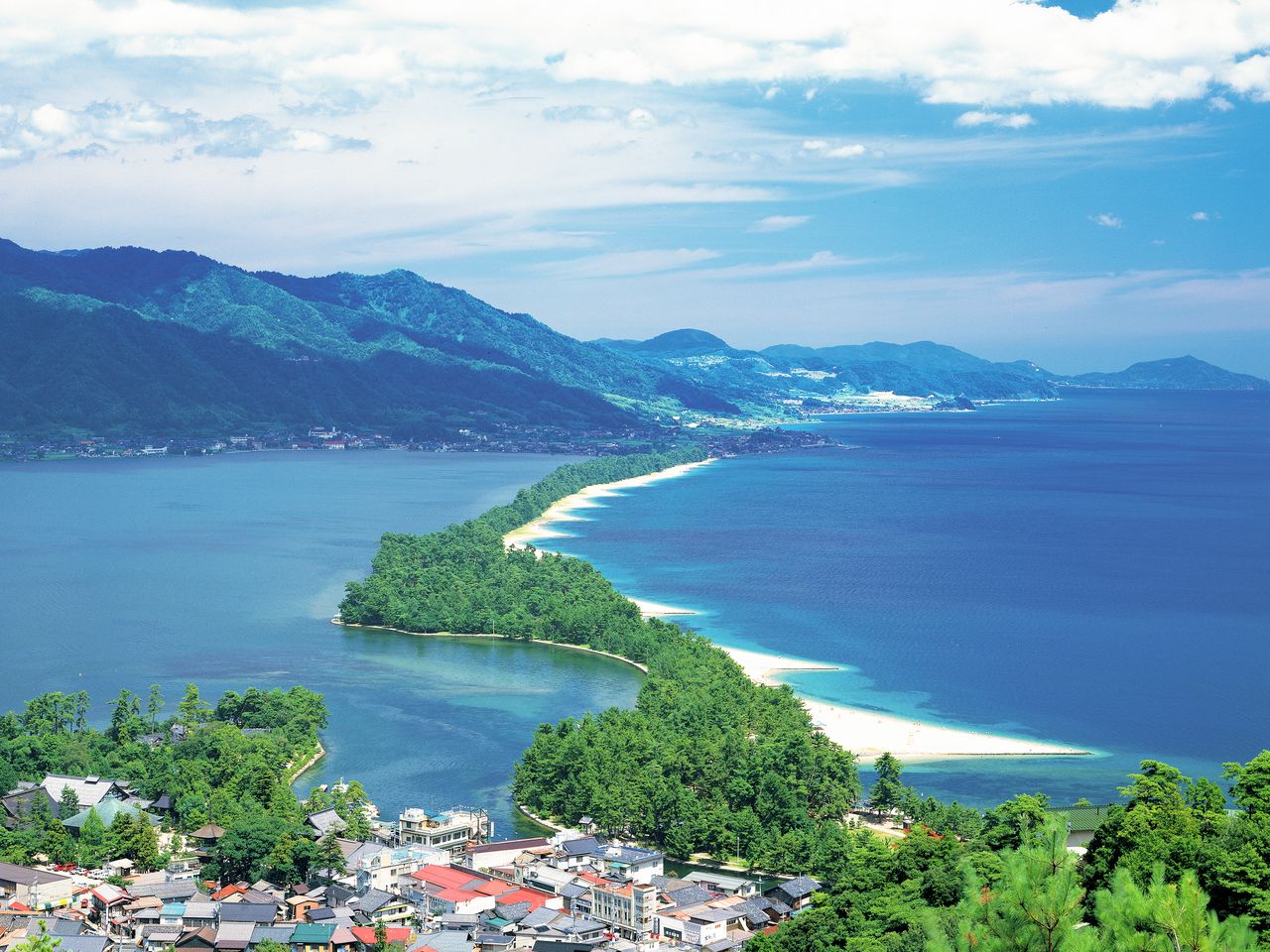 The vista from Amanohashidate View Land.

The sight of Amanohashidate has captivated people since ancient times, appearing in countless pictures and poems. The ink wash landscape View of Amanohashidate, a work by Sesshū (1420–1506) in the Kyoto National Museum’s collection, has been designated a national treasure. In the early Edo period, Confucian scholar Hayashi Gahō (1618–80) declared Amanohashidate one of the finest views in Japan. Gahō’s short list of picturesque locations in Nihonkoku jiseki kō (On the Heritage of Japan), which also included Miyajima and Matsushima, would soon become known as the “Three Scenic Views” of Japan.

Getting to Amanohashidate from Kyoto Station

From Kyoto Station, take the JR San’in Line to Fukuchiyama Station. Transfer to the Kyoto Tango Railway and take the Miyafuku Line to Miyazu Station, and then the Miyatoyo Line to Amanohashidate Station. For an extra charge, you can also take the Hashidate limited express to get there in around two hours with no transfers required.

Two of the most popular destinations for enjoying the view are Amanohashidate View Land to the south and Kasamatsu Park to the north. The former is easily reached by train, with chairlift and monorail boarding areas just seven minutes’ walk from Amanohashidate Station. The chairlift takes around five minutes to reach the top of Mount Monju, where visitors will find an observation deck, a “sky path,” rides and other attractions, and restaurants.

One unusual Amanohashidate custom is mata-nozoki: bending forward to view the scenery upside-down through your legs. This inverts heaven and earth, turning the sandbar snaking across the water into a dragon soaring through the sky (known as the hiryūkan, or “flying dragon view”). 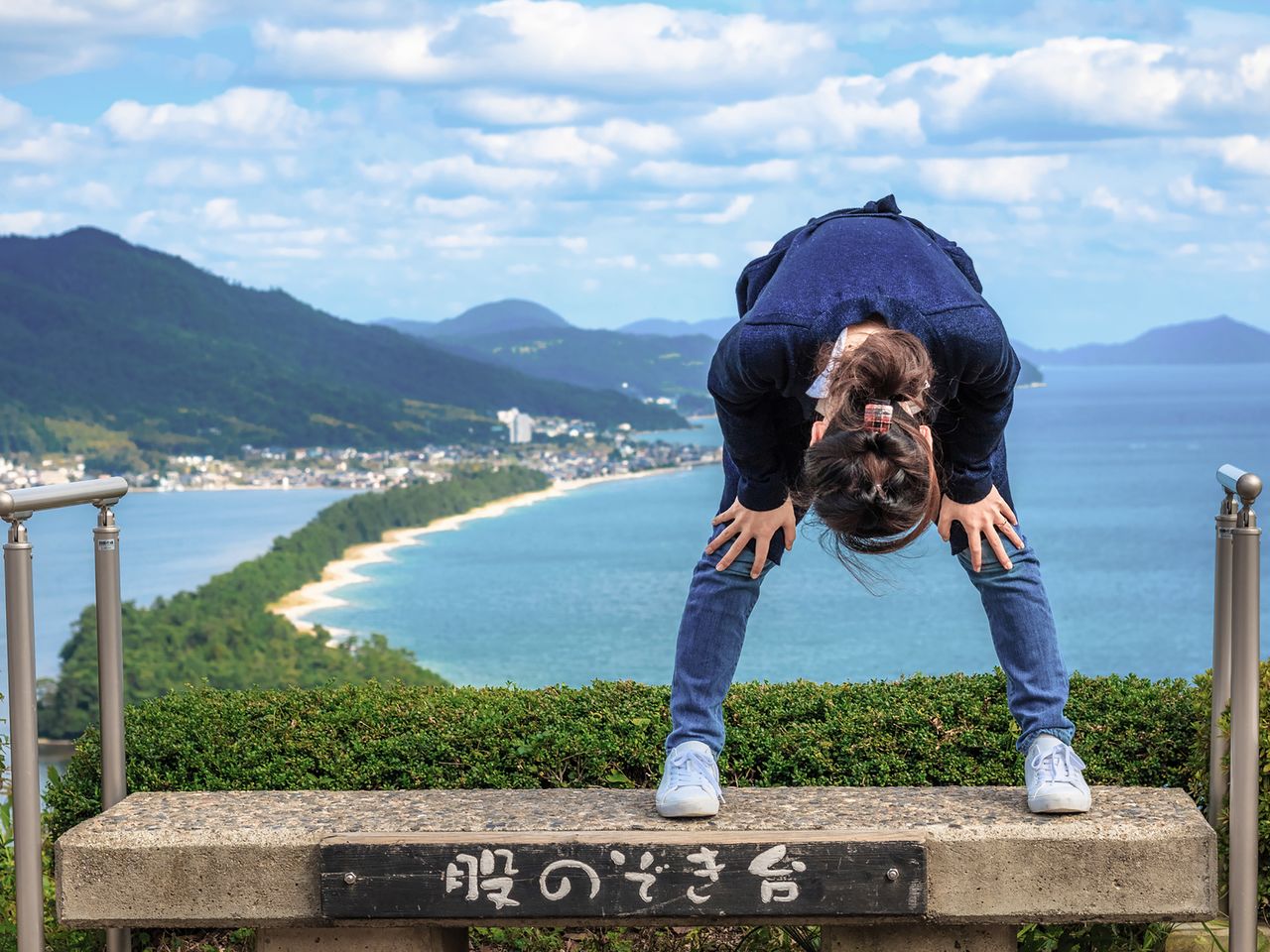 A visitor gives mata-nozoki a try at Amanohashidate View Land.

On the far shore, Kasamatsu Park has a mata-nozoki platform too, 130 meters above sea level. From this vantage point, the “dragon” seems to be rising to heaven, which has inspired the name shōryūkan (ascending dragon view). Kasamatsu Park has several different places to enjoy the view from, including the Sky Deck and a more relaxed Sky Terrace. Not far from Kasamatsu Station on the cable car is a facility for worshiping the islands of Kanmurijima and Kutsujima from afar—actually landing on them is prohibited. 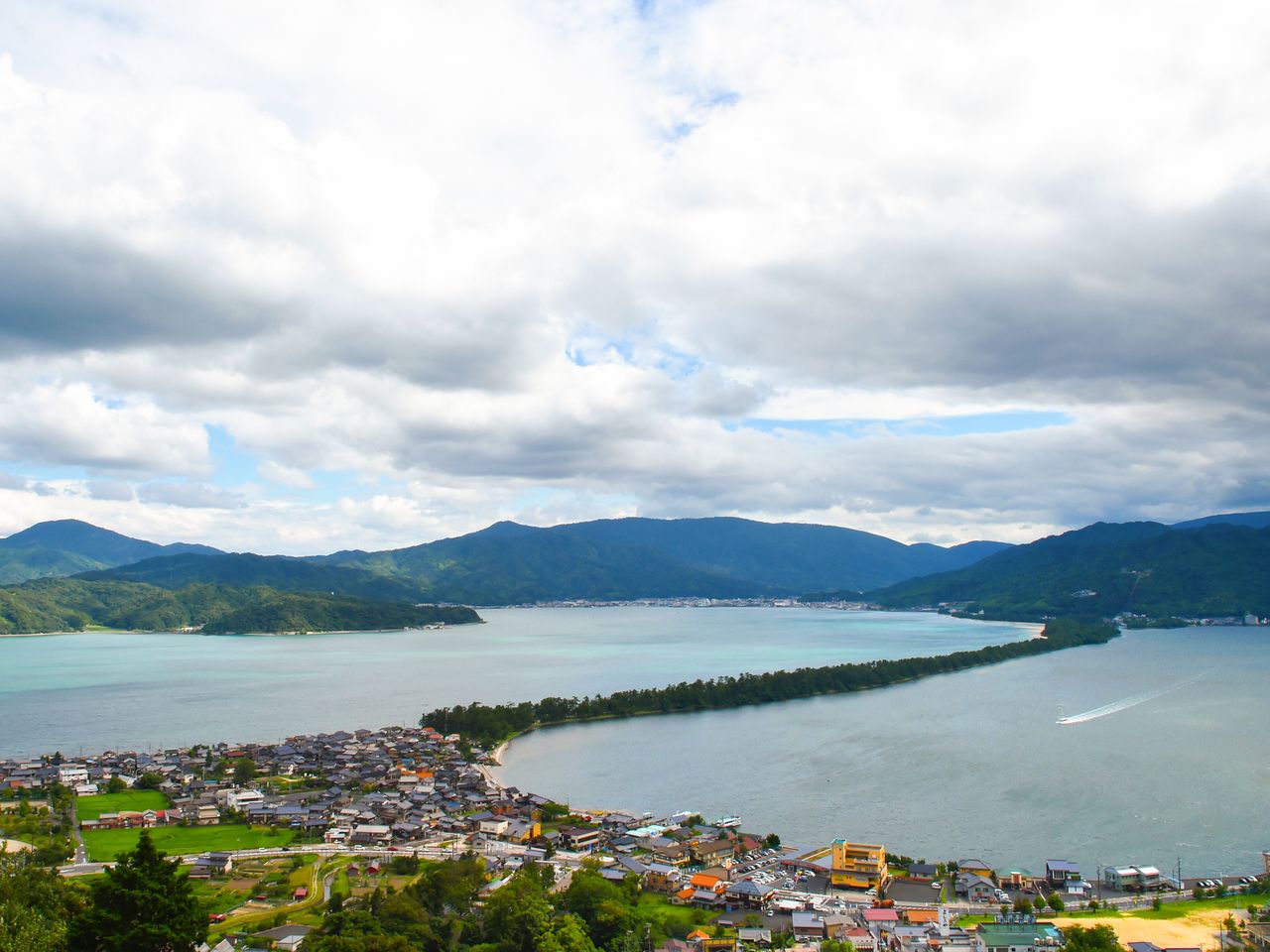 The view from Kasamatsu Park. Upside-down, this becomes the “ascending dragon view.” 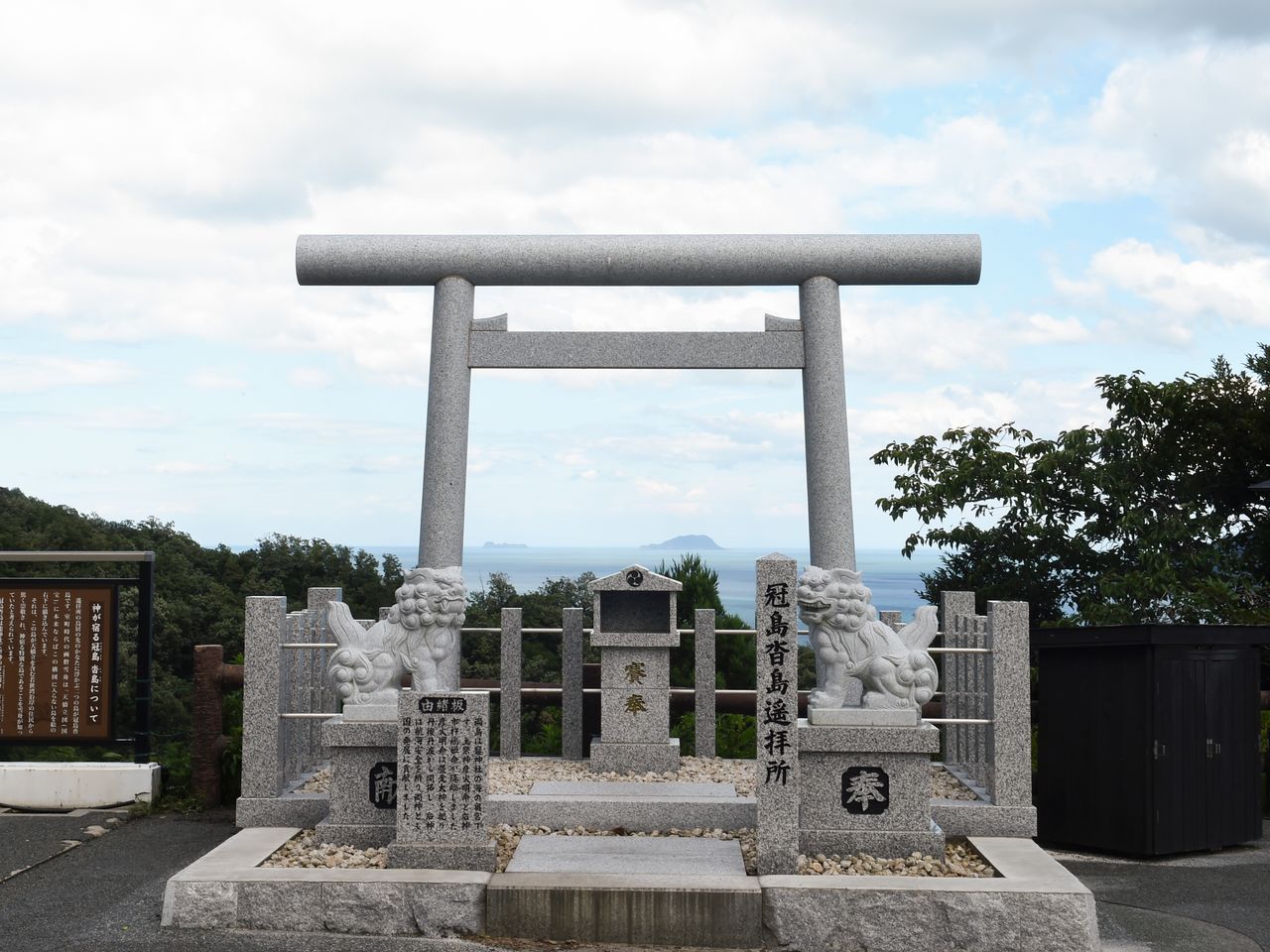 Here visitors can worship the islands of Kanmurijima and Kutsujima from afar.

Worth a Look from the Waves

Crossing Amanohashidate takes an hour on foot or 15 minutes by bicycle, but there’s another good option: the sightseeing boat. The 12-minute boat ride from a dock near Amanohashidate Station to Ichinomiya Dock on the opposite shore is a great way to see the pine groves and get a sense for how big Amanohashidate really is. 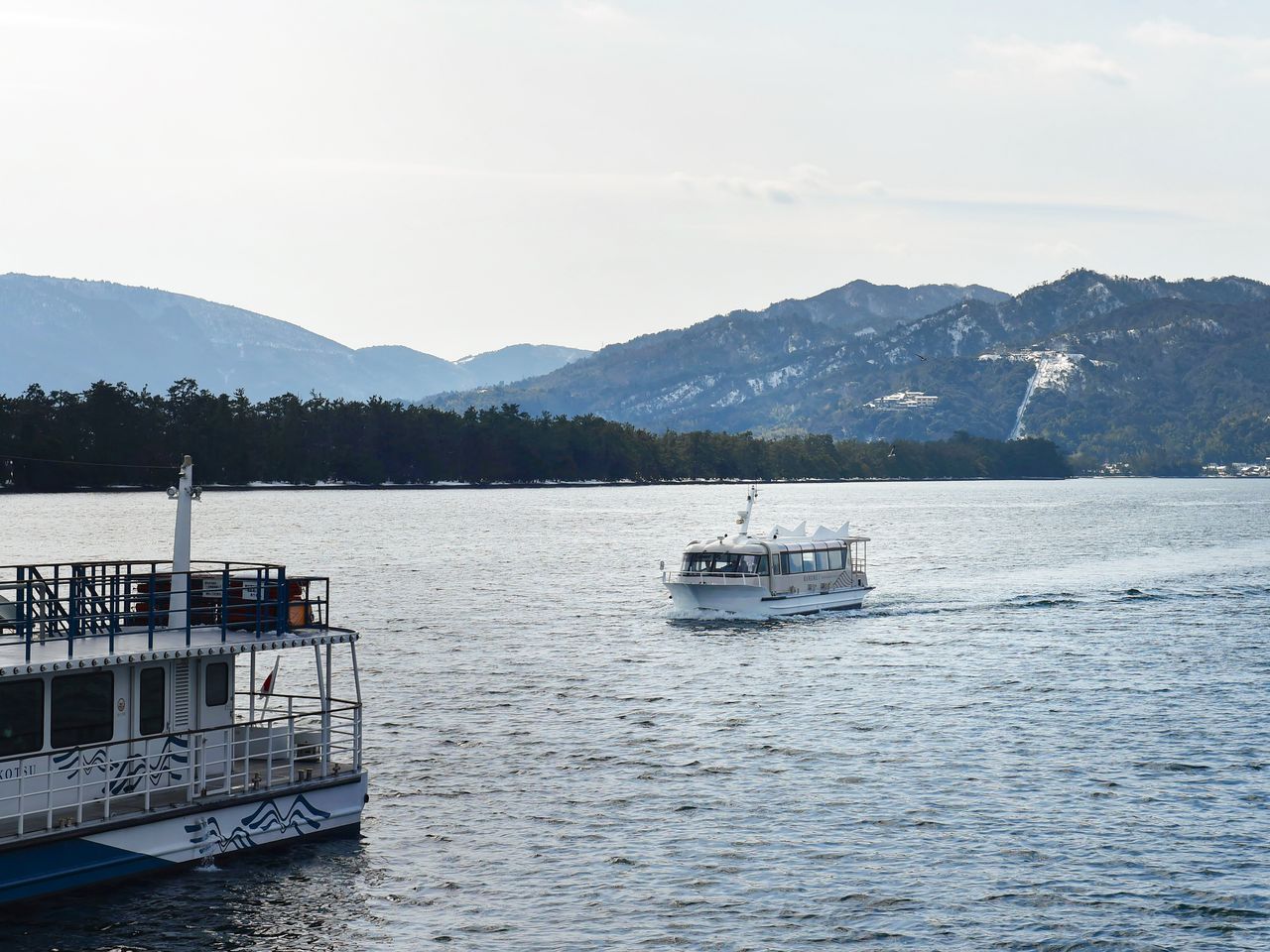 Befitting its “Kyoto by the Sea” status, the city of Miyazu is known for its seafood. Visitors should in particular seek out a restaurant or inn serving crab. A rare species caught in local waters, the taiza-gani, is a favorite of seafood fans who have come to see the famed land bridge. 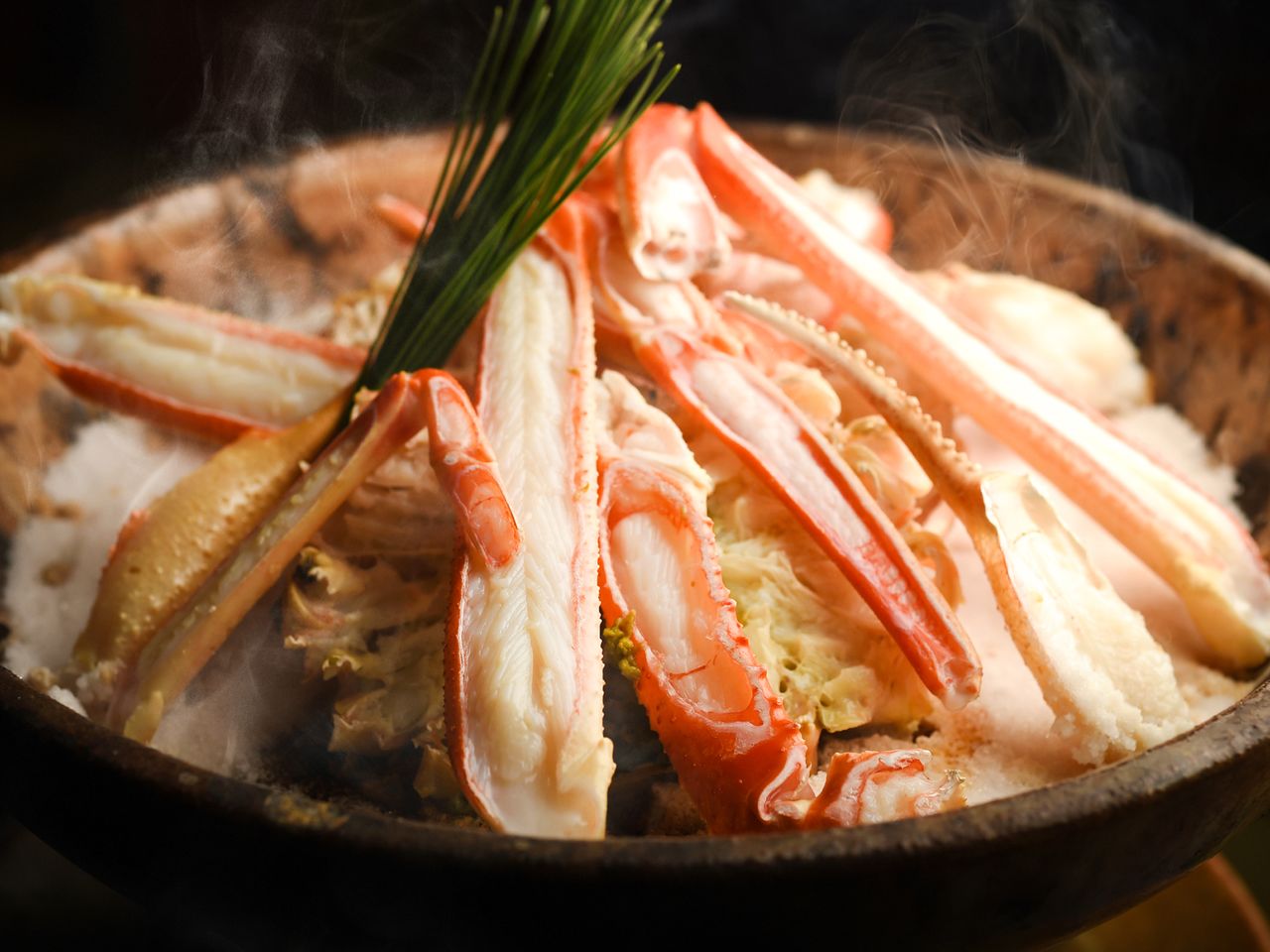 The taiza-gani is not a common catch, making its flavor all the more treasured by gourmets.

(Originally published in Japanese on January 20, 2019. Photographs and text by Kuroiwa Masakazu. Banner photo: Amanohashidate through the cherry blossoms at Kasamatsu Park.)