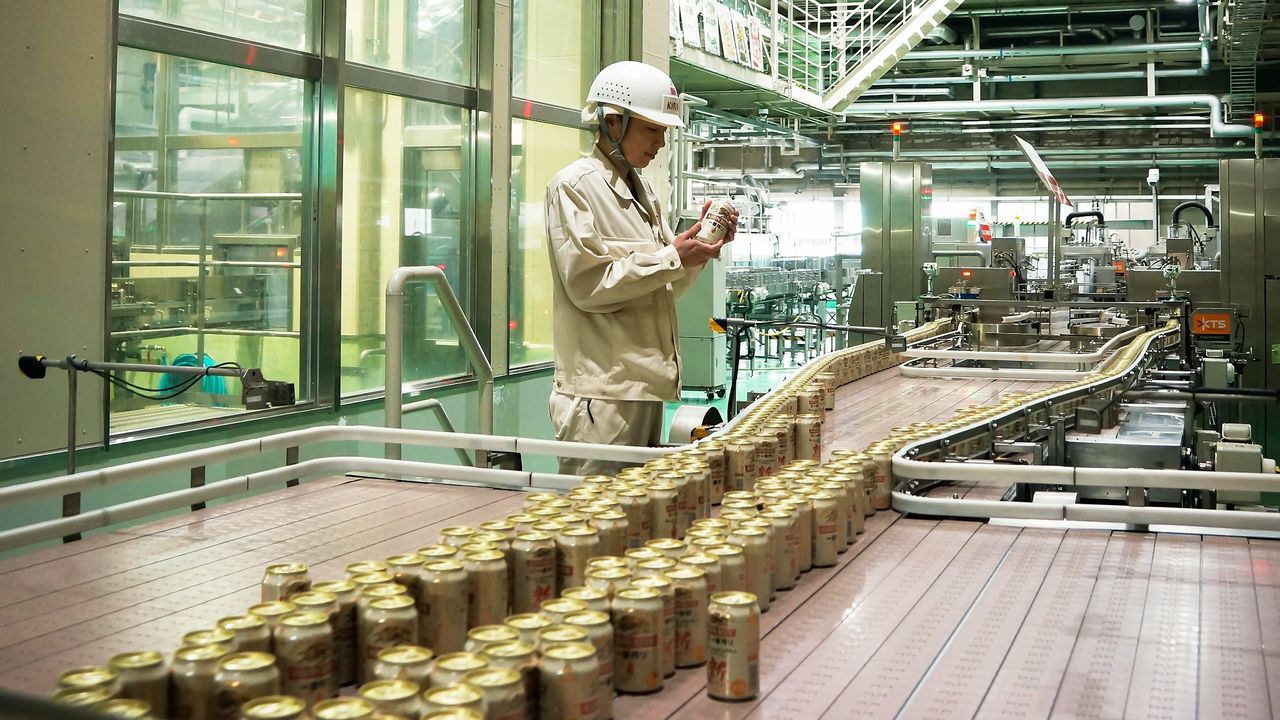 Beer and Snacks: Two Sendai Factory Tours that will Have You Wanting More

Travel Oct 18, 2019
Visitors to Sendai in Miyagi Prefecture will want to treat themselves to a tour of Kirin’s brewery—complete with beer tasting—and a lesson on making the local delicacy sasakamaboko.

The city of Sendai in Miyagi Prefecture has the perfect tour for beer lovers. Kirin’s Sendai brewery, located in Miyagino Ward, produces several of the company’s top labels, including the popular Ichibanshibori, which is also sold in some 40 countries as Kirin Ichiban. The facility offers free guided tours that include an up-close look at the brewing process and beer tasting. Travelers will want to include the factory on their itinerary, but should keep in mind that tours are in Japanese and reservations are required. 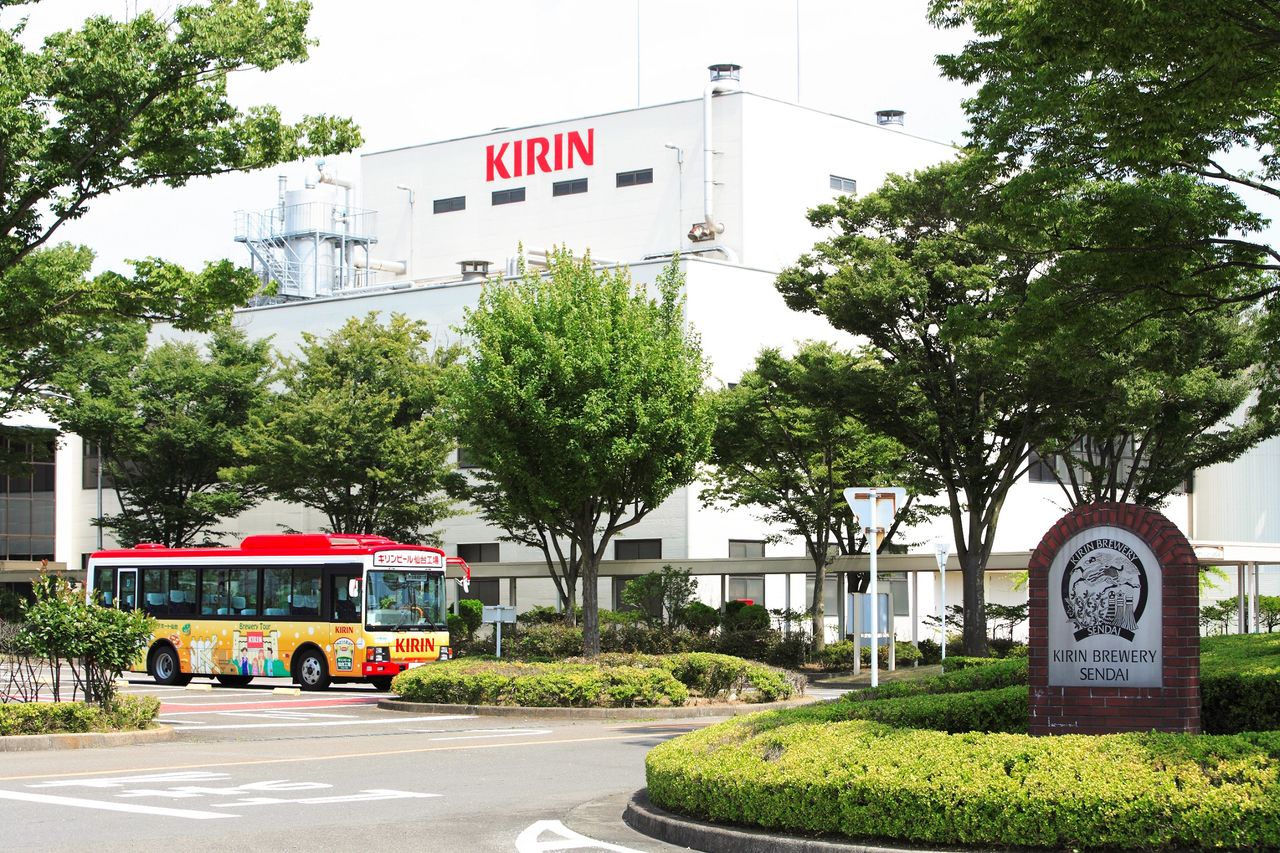 The 70-minute tours depart every half hour from 9:30 am to 3:30 pm. Participants can look forward to such unique experiences as sampling hops and touching the storage tanks that are kept at near-freezing temperatures. But the highlight for many will be the last 20 minutes, which is spent beer tasting. 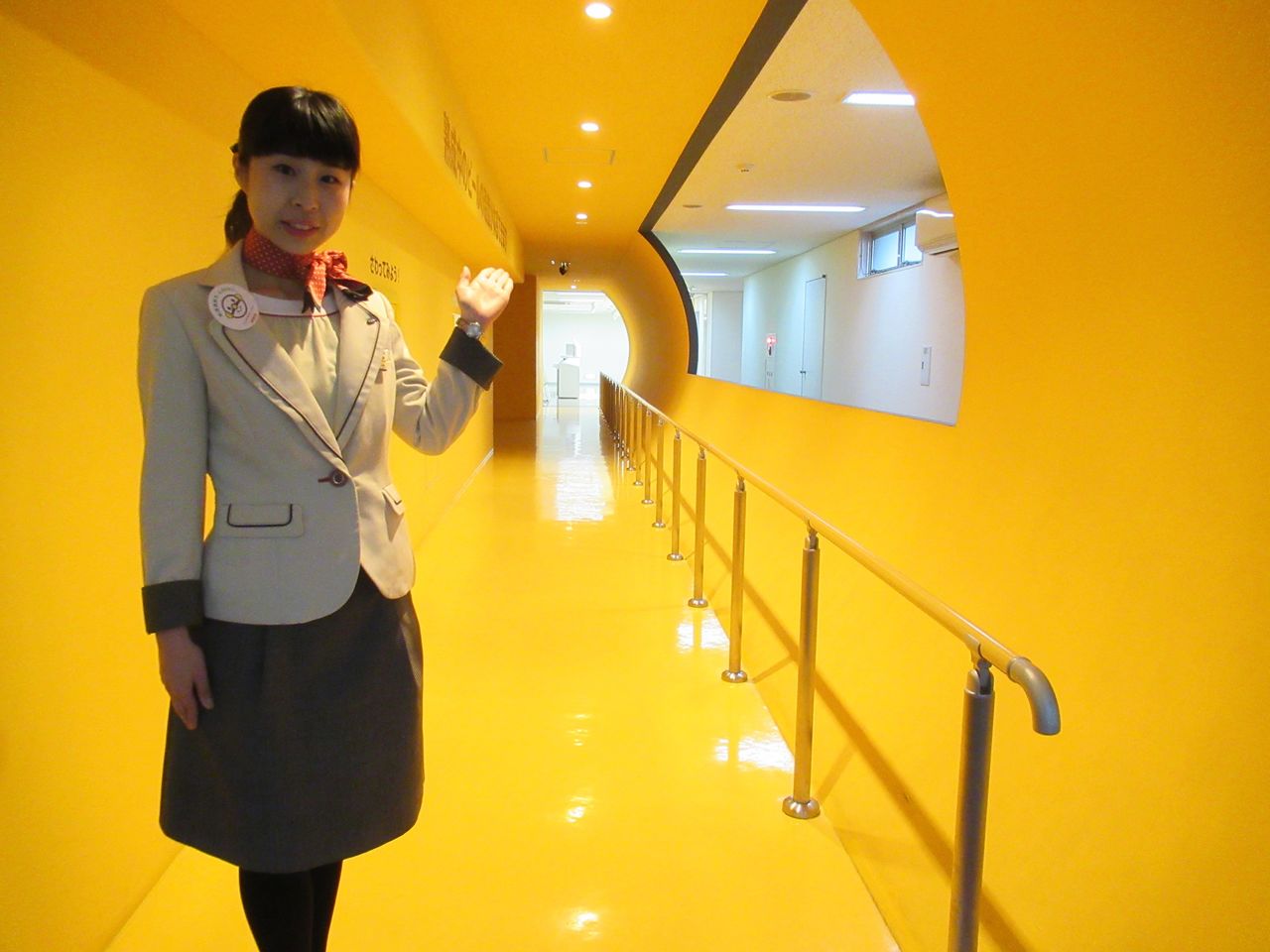 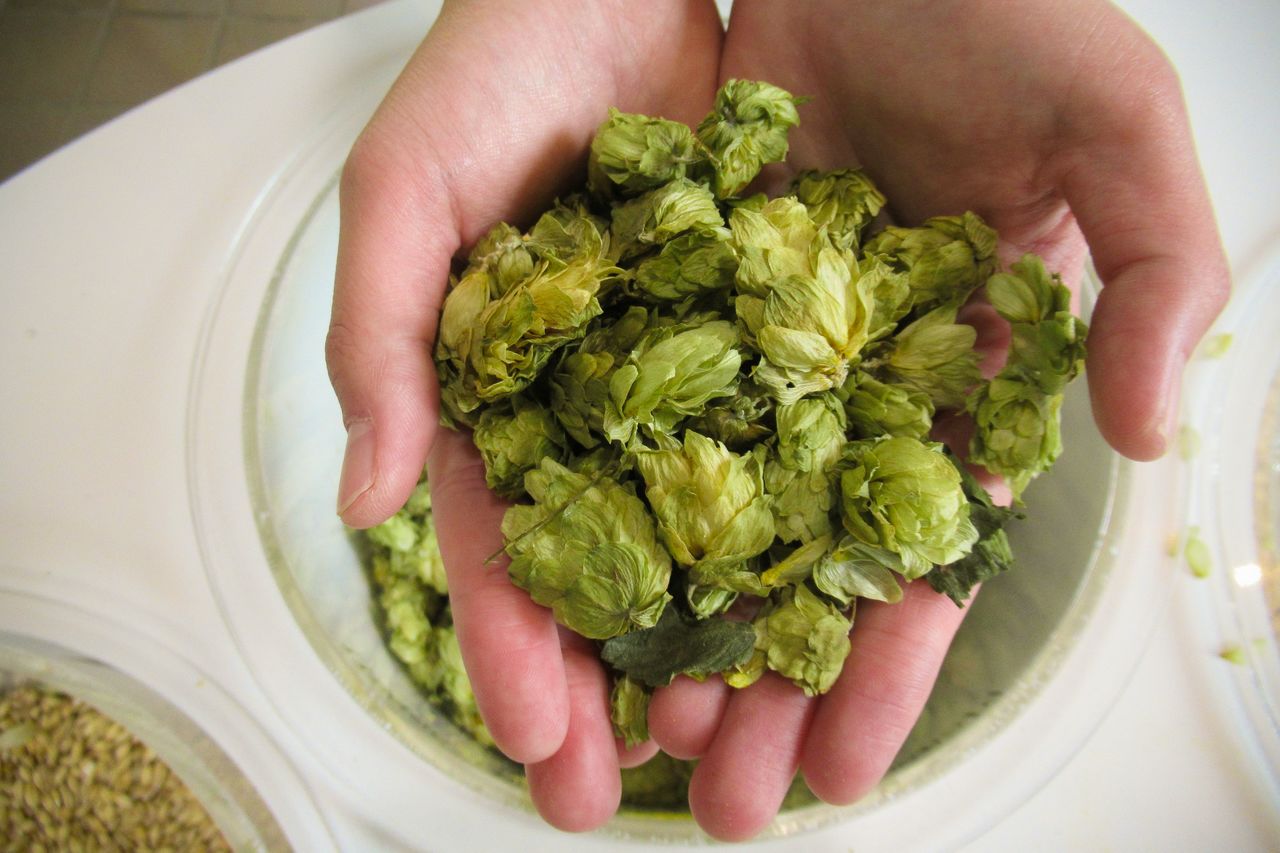 The tour also allows participants to sample wort, the liquid obtained after the ingredients like hops are mashed and strained. Most beers contain mash that is strained twice to obtain extra wort, but Kirin’s Ichibanshibori (literally “first press”) uses only the first strain. Visitors can compare the two types of wort to see how much richer and fuller flavor the first strain is. 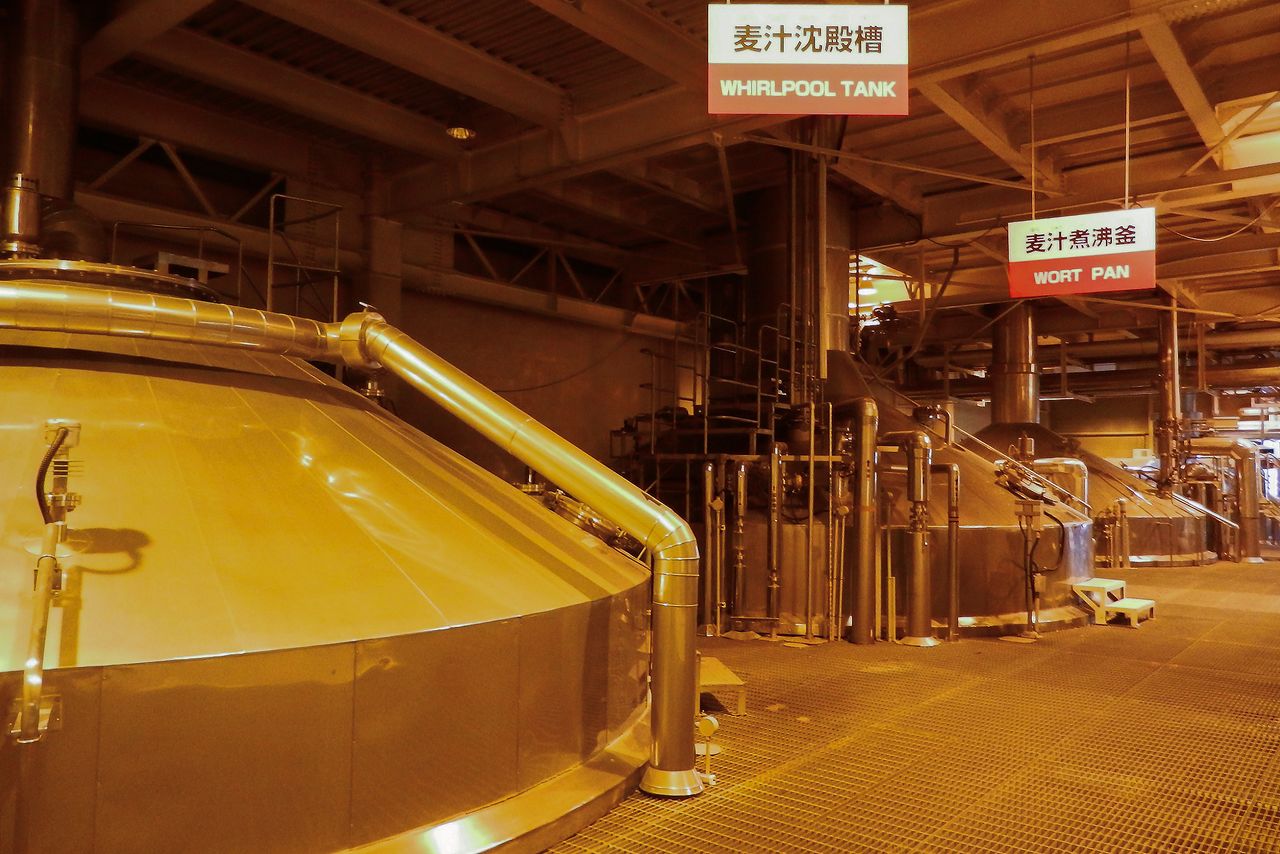 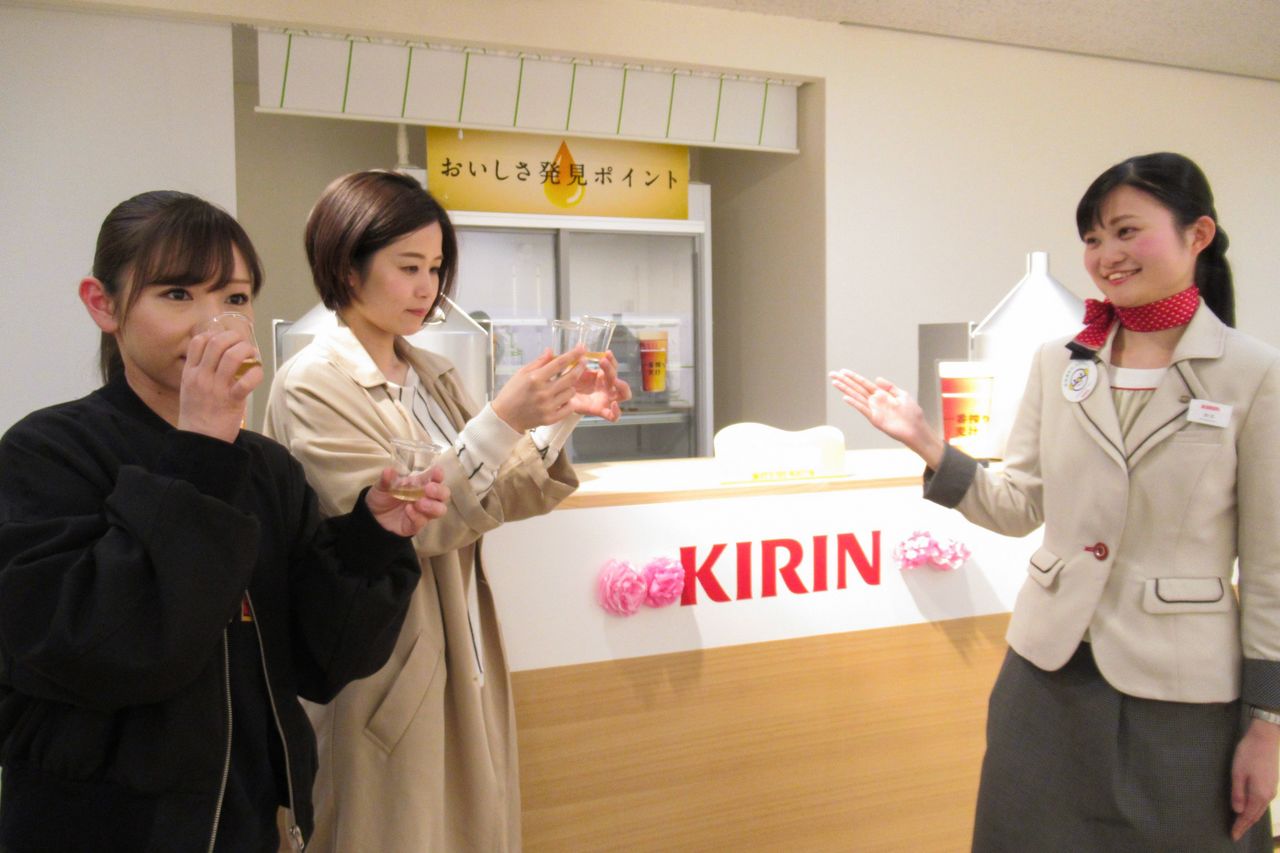 During the tasting section of the tour, visitors may try up to three beers, including Ichibanshibori and seasonal brews, and enjoy snacks that are provided. Non-alcoholic drinks are also available.

After the tour, hungry guests can visit Kirin Beer Port Sendai, a buffet style restaurant located on the brewery grounds that offers a range of healthy dishes incorporating local produce. There is also plenty of beer on tap for those who are still thirsty. 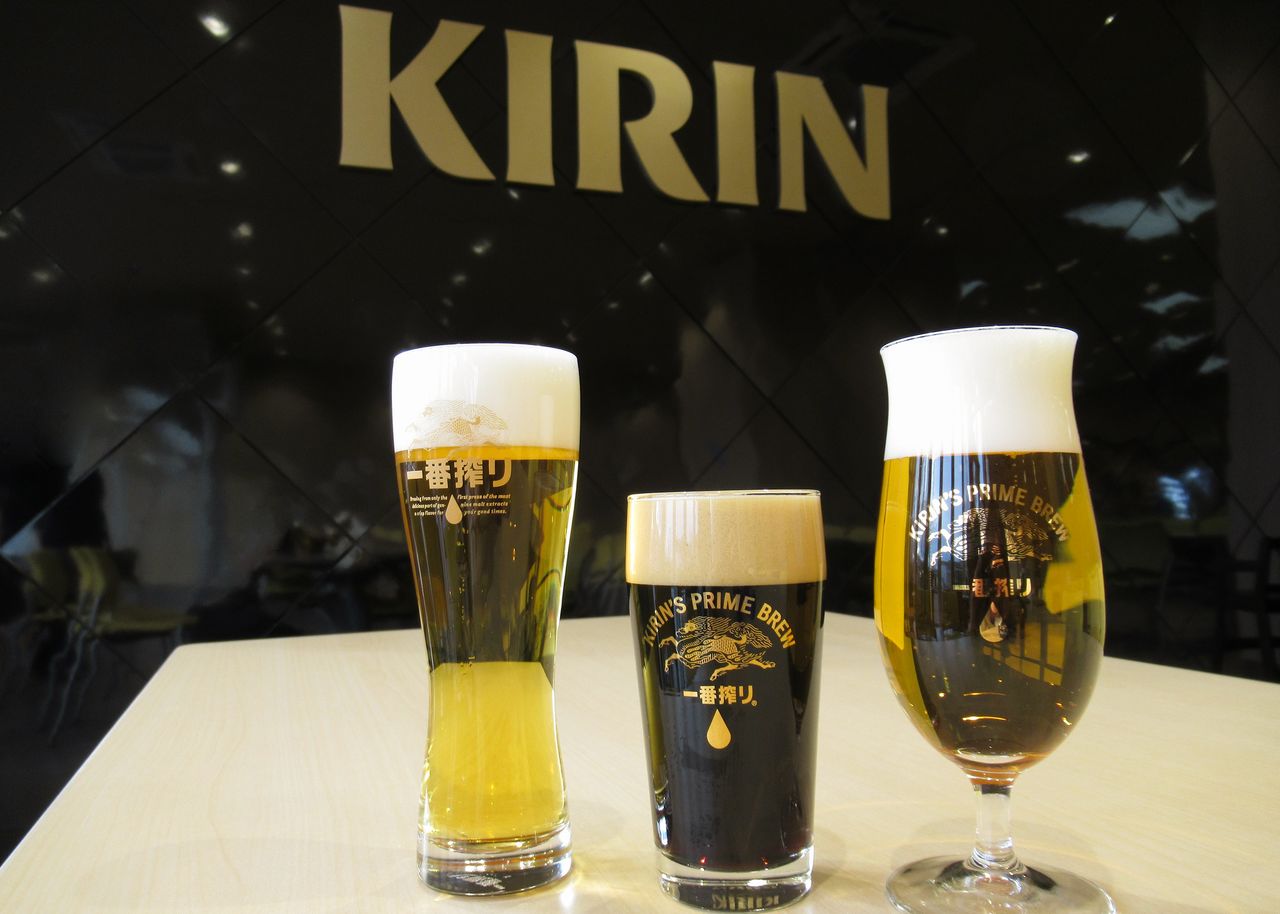 A selection of beers available for tasting. (© Kirin Brewery Sendai) 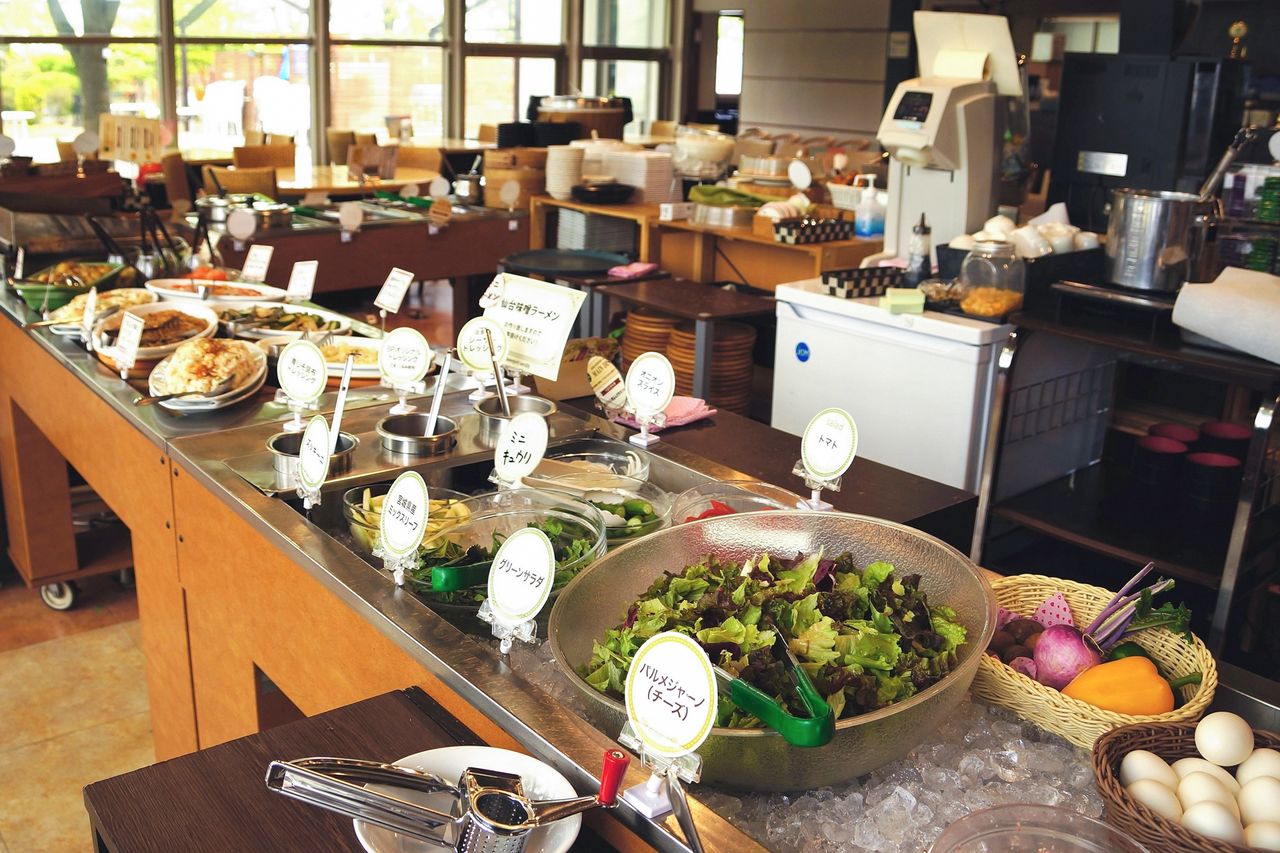 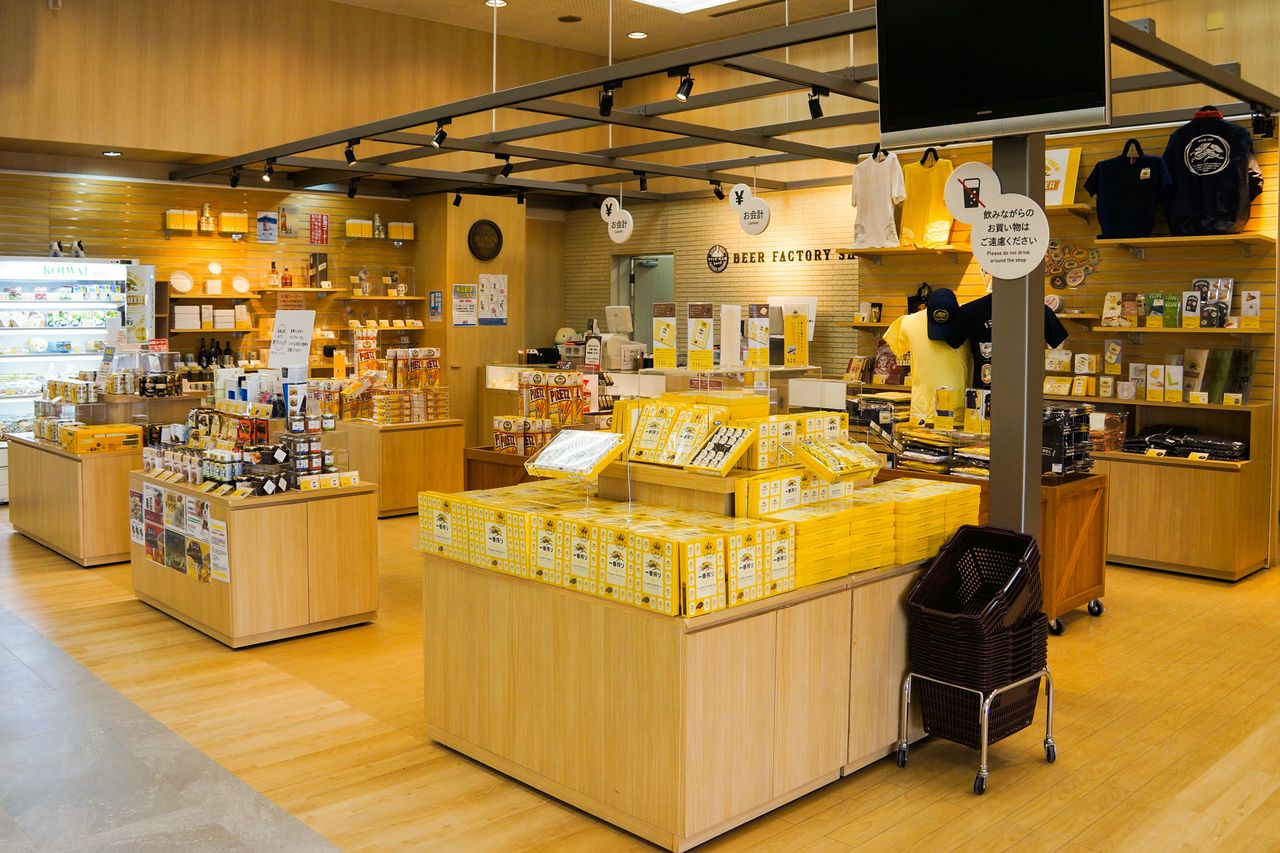 Souvenirs and other items are available at the gift shop in the visitor area. (© Kirin Brewery Sendai) 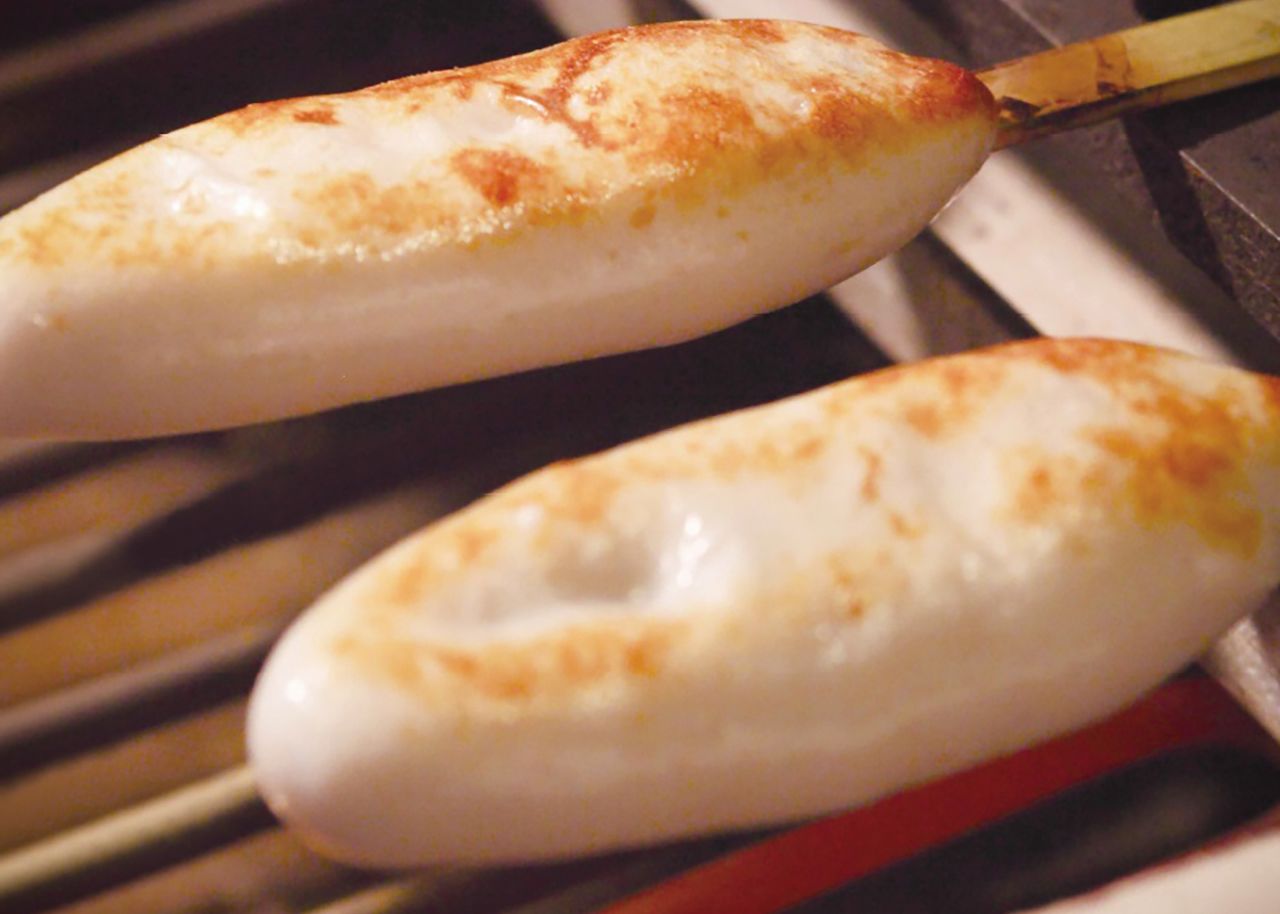 A great local snack to complement beer is sasakamaboko, a savory fishcake formed into leaf shapes and grilled. Visitors wanting to know more about this regional delicacy should visit the Kanezaki Sasakama Kan. Billed as a theme park, it provides a glimpse of the way sasakamaboko is manufactured and lets visitors see artisans grilling the treat in the traditional way.

Guests should be sure to have a go at making their own sasakamaboko. Staff will provide directions from kneading the paste to shaping the cakes to grilling the final product. Freshly cooked, sasakamaboko is chewy with a pleasant aroma. And like anything, it tastes better when you make it yourself. 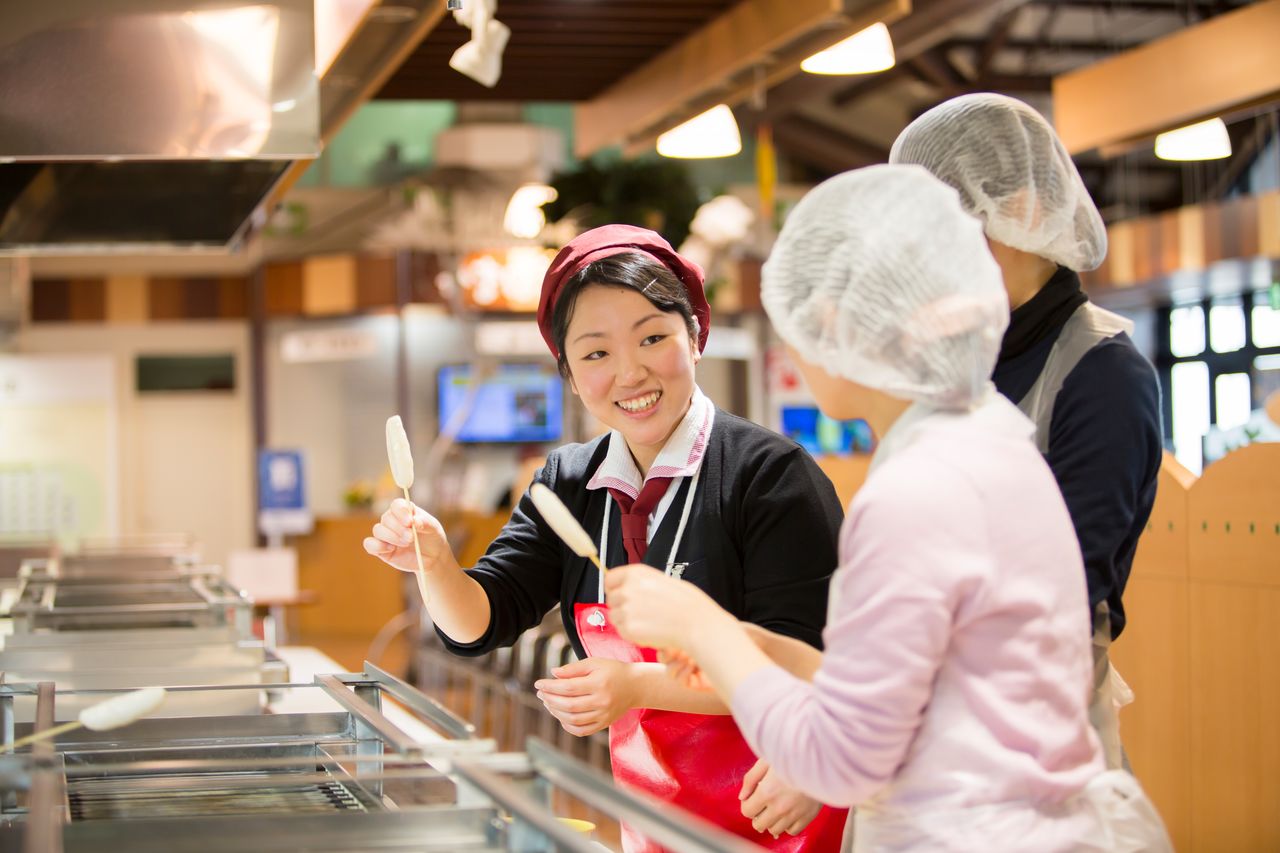