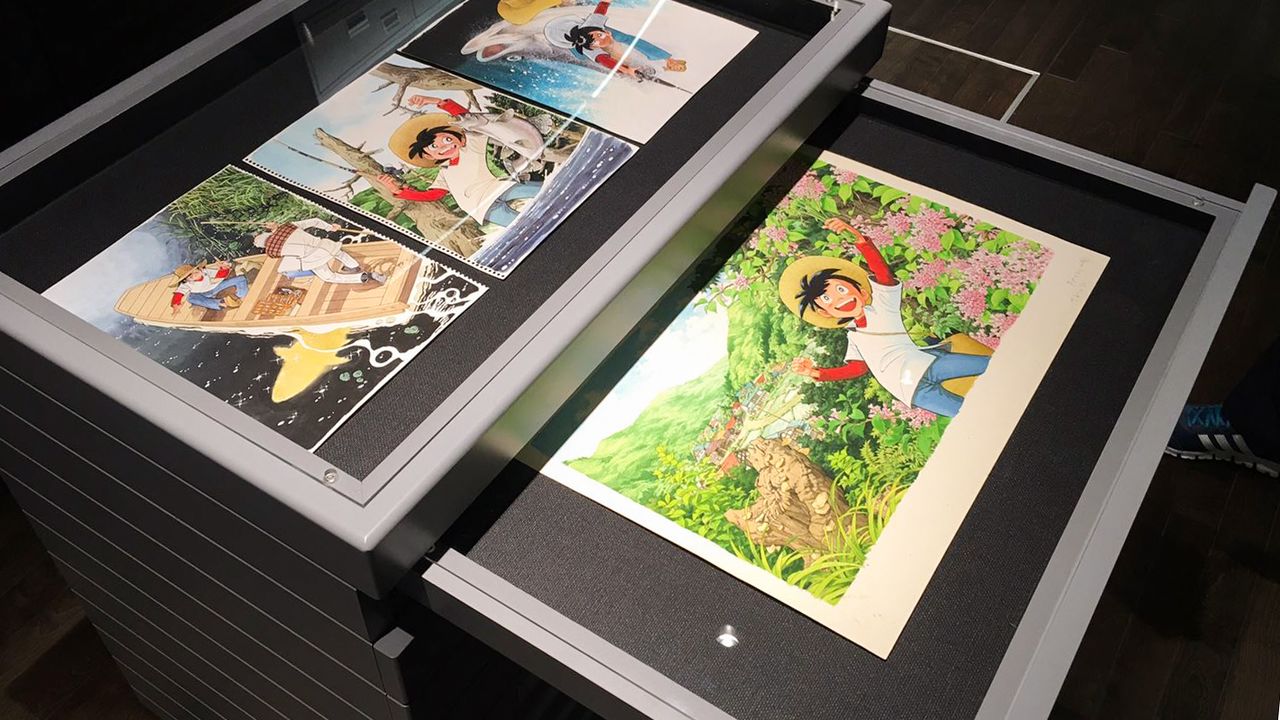 Travel Dec 13, 2019
The Yokote Masuda Manga Museum in Akita is a unique facility for the display and preservation of manga, boasting a collection of over 230,000 pieces of artwork.

The town of Masuda, in the Yokote valley in southeast Akita Prefecture, is located on the confluence of two rivers. A hub for river cargo since before the Edo period (1603–1867), the town continued to be one of the leading commercial districts in the prefecture well into the twentieth century. While now a part of the city of Yokote, Masuda still contains large wooden buildings that are testament to its glory days, and is designated as a “preservation district” for groups of traditional buildings.

Traditional buildings in Masuda are recognizable by their splendid earthen storehouses, known as uchigura. While storehouses, or kura, were usually erected independently of the main building, with uchigura, the roof on the rear side of the main building was extended to allow the storehouse to be constructed within the main structure. Uchigura were invented so that merchants and workers could access storehouses frequently in all seasons, as Masuda was a thriving commercial area with heavy winter snowfall. A street named Nanukamachi-dōri was once the shopping district at the center of town, and to this day is lined with buildings equipped with storehouses. Tourists refer to this street as “classic road.” 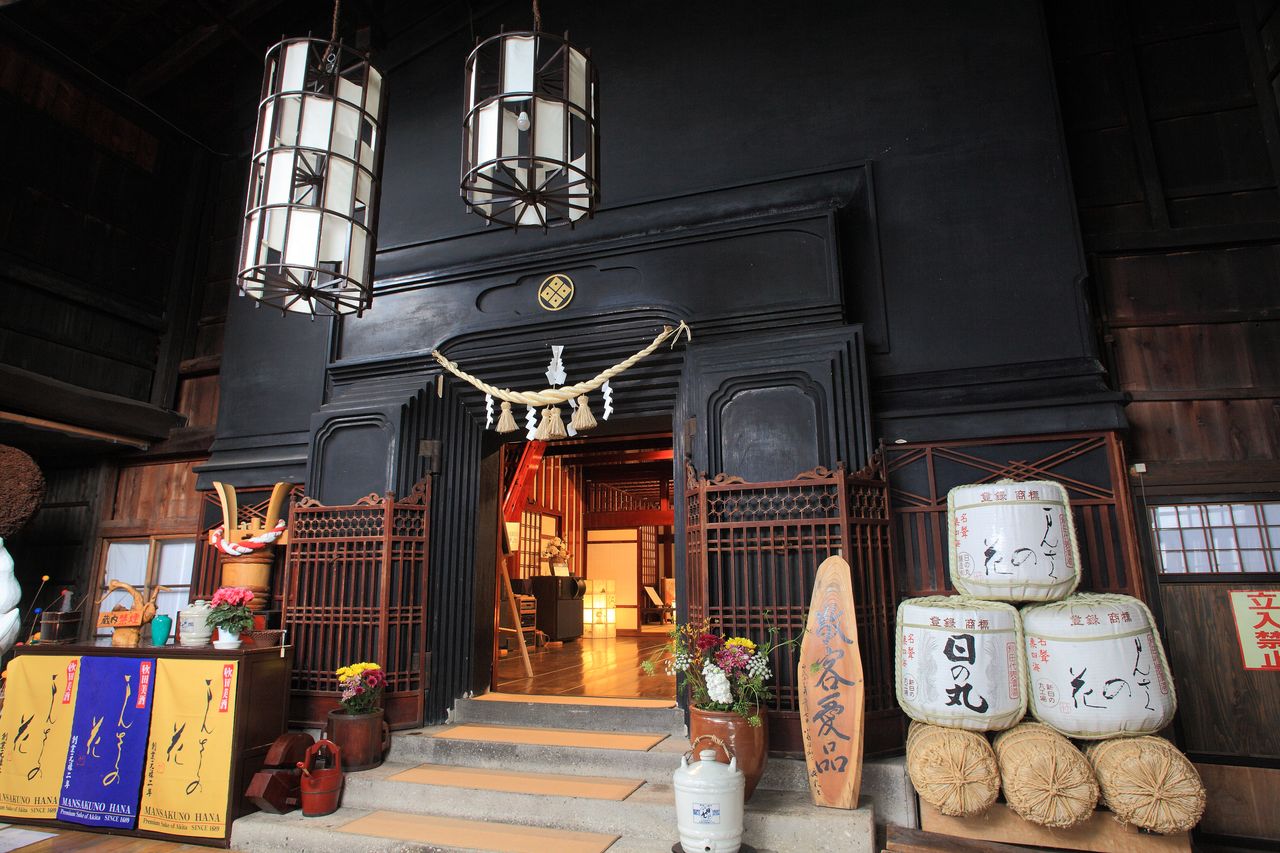 Next to the warehouse district is the Yokote Masuda Manga Museum, which reopened after refurbishment in May 2019. Housing over 230,000 unique pieces of artwork by 179 manga artists, the facility could be almost described as a “warehouse” itself, for manga artwork. 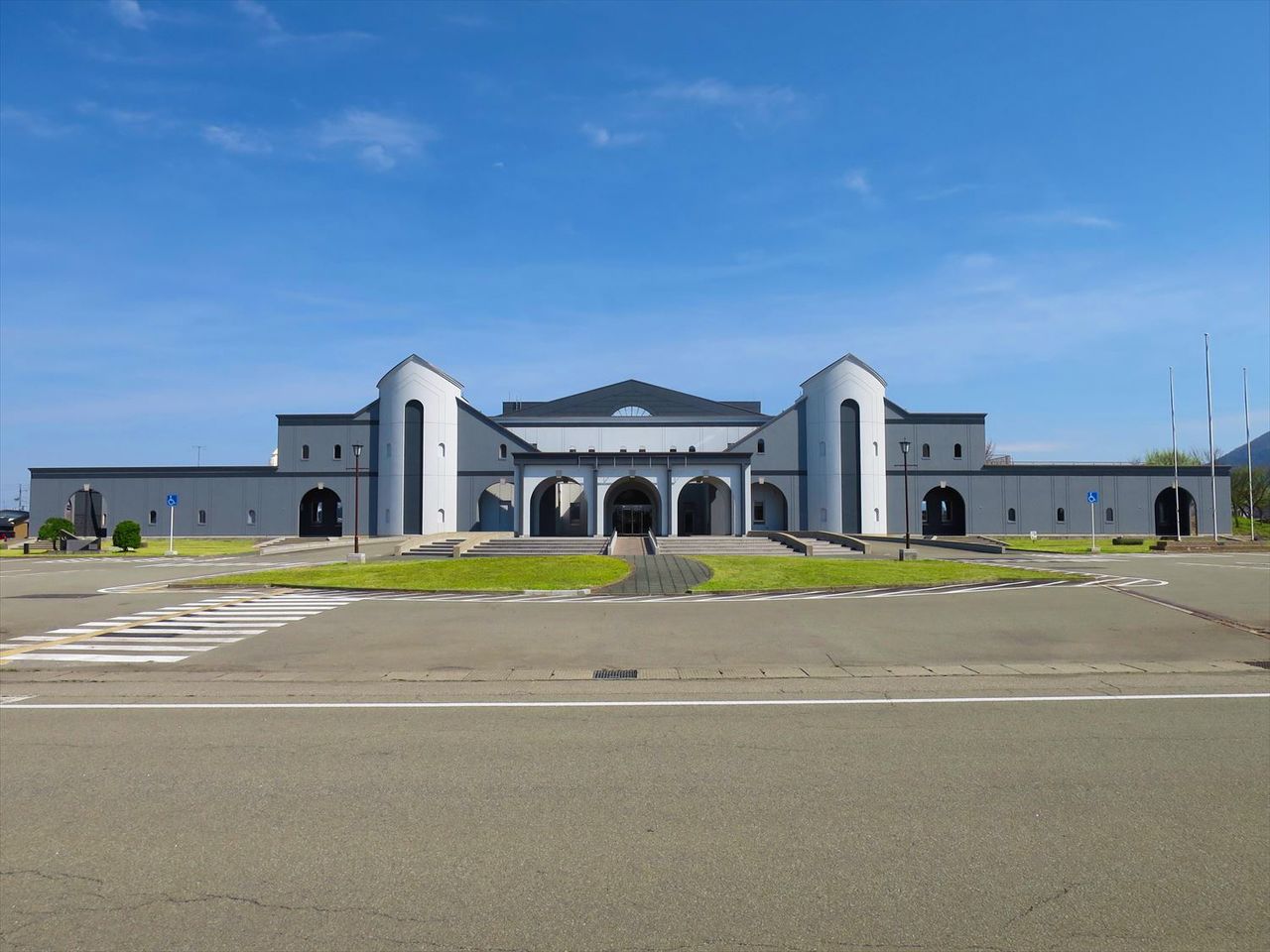 The Masuda was the birthplace of the well-known manga artist Yaguchi Takao. When Tsurikichi Sanpei (Fisherman Sanpei), the manga that made Yaguchi famous, came out in 1973, it inspired a nationwide fishing craze, and the animated version of Sanpei has been broadcast in Italy and France, as well as elsewhere in Asia. The manga still enjoys popularity internationally, and was even made into a live-action movie in 2009.

The Yokote Masuda Manga Museum originally opened in 1995 with the aim of sharing manga culture with visitors from both Japan and overseas. Yaguchi Takao has been appointed the museum’s honorary director. While the complex initially also housed a library and other public amenities, the Manga Museum’s permanent and temporary exhibitions of original artwork by well-known manga artists proved so popular that in 2017 the building was repurposed as a dedicated space for the preservation and display of manga artwork, and major renovations commenced. 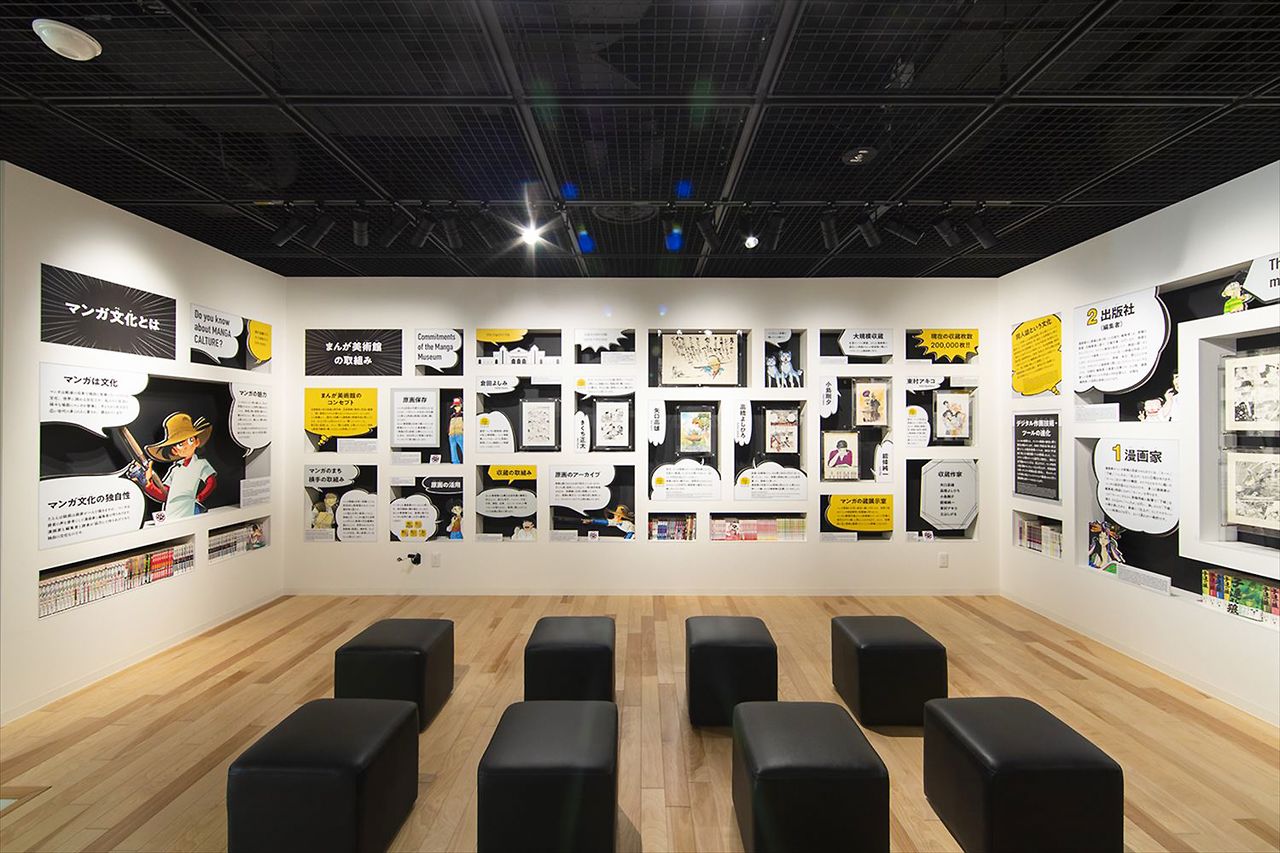 While these days manga are increasingly digital, in the old days, artists would draw all panels by hand, their publisher would then typeset dialogue and text onto the panels, and finally the manga would printed, bound, and delivered. After printing, the artwork would be returned to the artist, who was required to take care of it him or herself. In addition to taking up a significant amount of space, artwork would discolor or otherwise deteriorate if not stored properly. The proper storage of drawings entailed significant work and expense for the artist, and when the creator died, the job of looking after the artwork would be passed down to other family members. Artwork was sometimes sold, both by artists who ran out of room and by the families of those who had died. This created the possibility that these manga would experience the fate of ukiyoe and be scattered, sold to buyers around Japan and overseas. 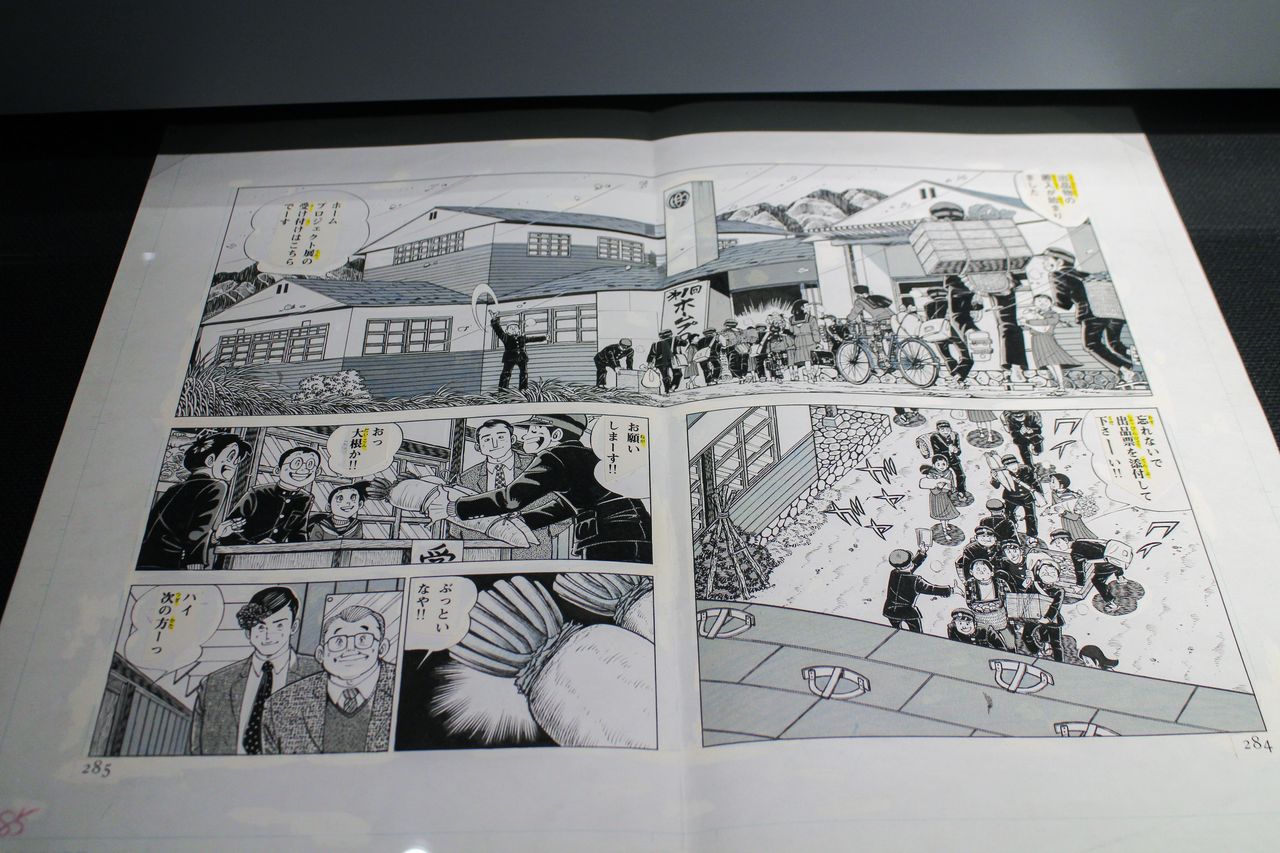 Concerned by the state of affairs, Yaguchi donated all of his 42,000 drawings to the museum, hoping to convey “the power and beauty of manga and the passion of manga artists.” The work performed by the museum to preserve and archive the panels inspired other artists, including Higashimura Akiko, author of Kuragehime (Princess Jellyfish), to donate their artwork as well, leading to the present collection of 230,000 pieces, the largest in Japan.

The museum ultimately increased its focus on preservation and became a dedicated facility for the display and storage of artwork. As museum employee Sasaki Haruka says: “I see the panels as a repository of the manga culture of which Japan is so proud, and as a cultural resource. I want to pass this culture down to the younger generation.” 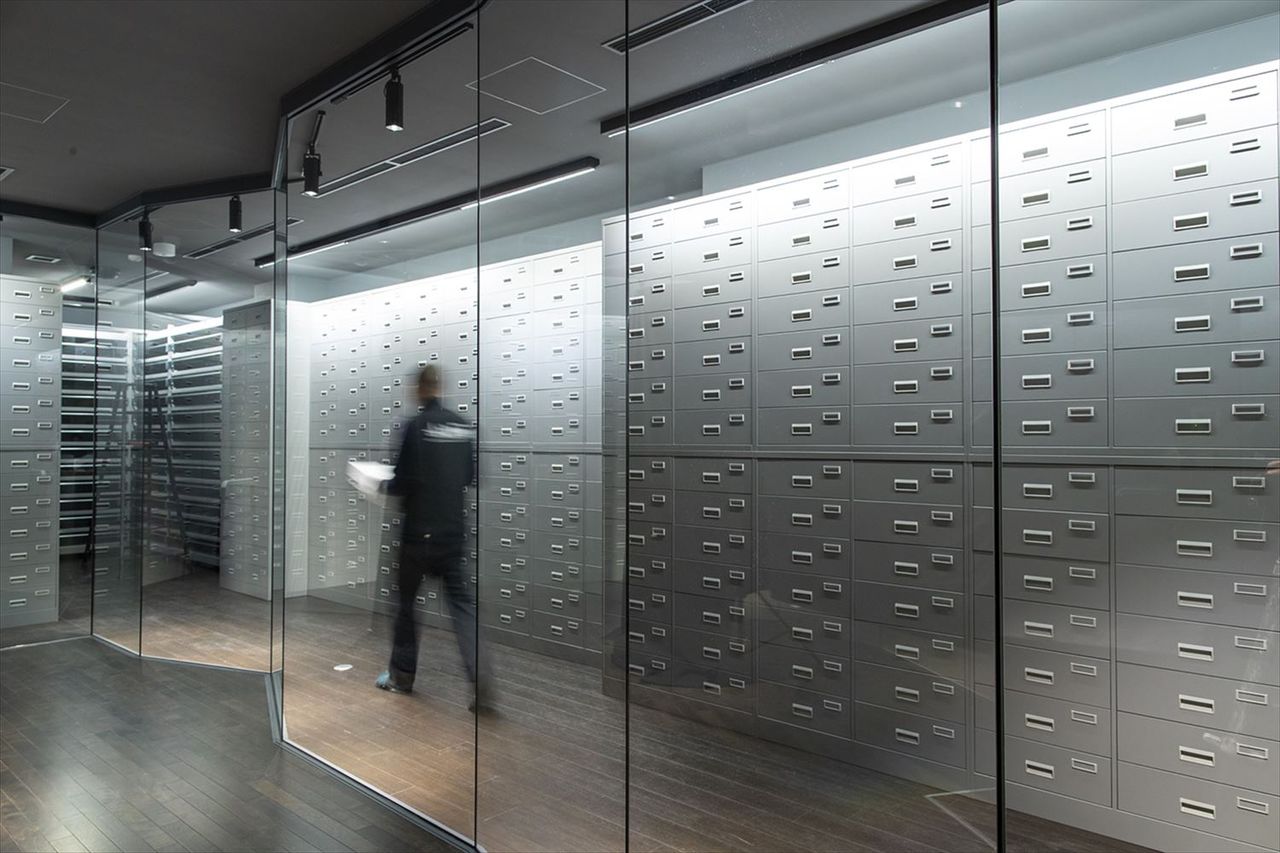 The first thing you notice when you step through the door of the museum is the 10 by 7 meter manga montage. You can’t help but get excited! 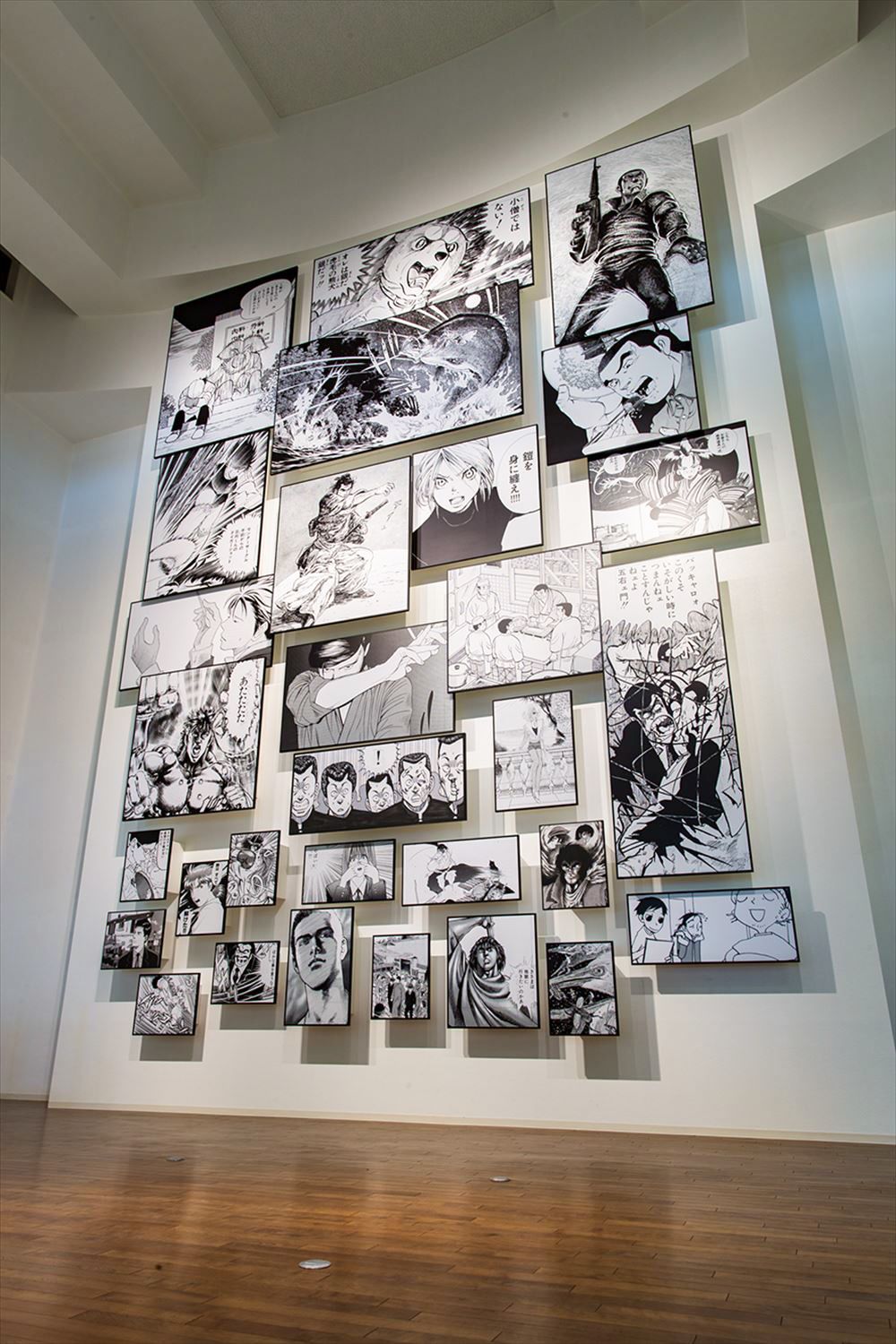 The museum revolves around the Manga no Kura collection on the first floor, which aims not only to preserve artwork but also to pique visitors’ interest. To avoid deterioration of the artwork, this giant glass-fronted storage area—whose name literally means “the manga warehouse”—is maintained at optimum temperature and humidity 24 hours a day. When industry creators see the facility, they realize they can rely on it to take good care of their artwork.

Rather than simply displaying the panels on walls, Manga no Kura focuses on sharing, and having the viewer enjoy, information unique to original artwork that would not be found in a printed manga. In the drawer system used, each cabinet contains two different manga. Starting with the top drawer and moving down one drawer at a time, visitors can read an entire story. 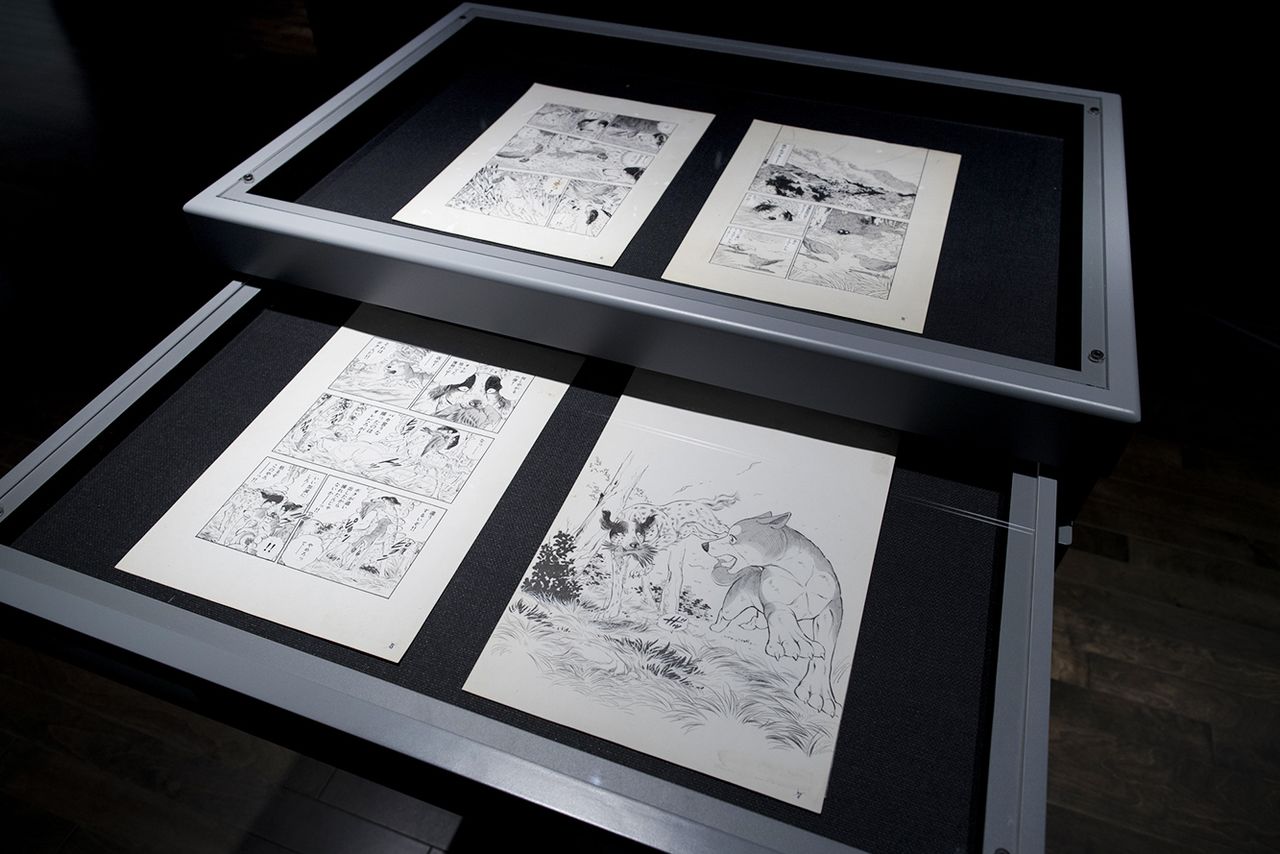 In the archive room that forms part of Manga no Kura, visitors can observe artwork being digitized and see the processes performed to prevent the oxidization of the paper. Archived panels can be displayed on touch panels and enlarged to show pen strokes, evidence of minor revisions, and even written instructions to assistants.

The museum’s permanent collection is displayed both on the wall beside the curved ramp that winds from first to the second floor and in an area. Panels drawn by 74 different manga artists are rotated periodically. 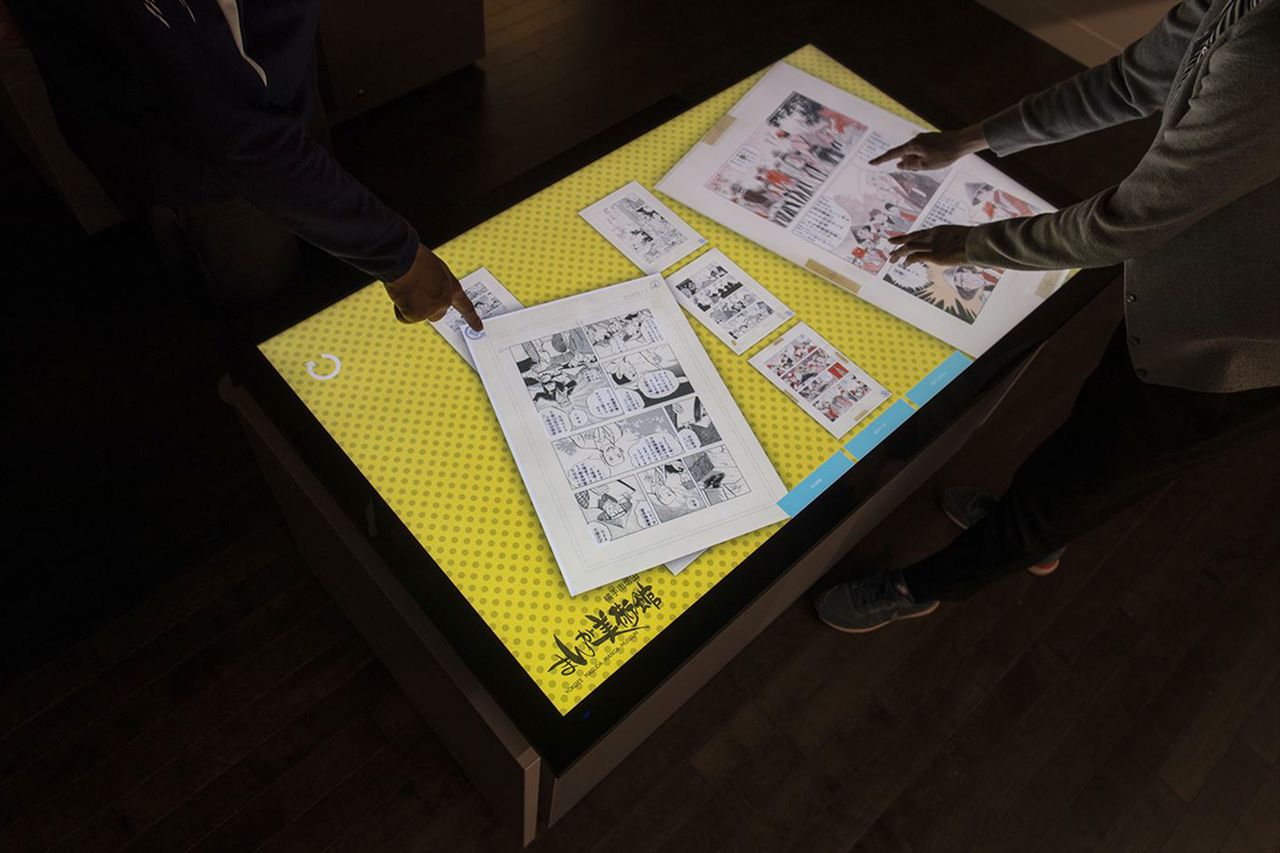 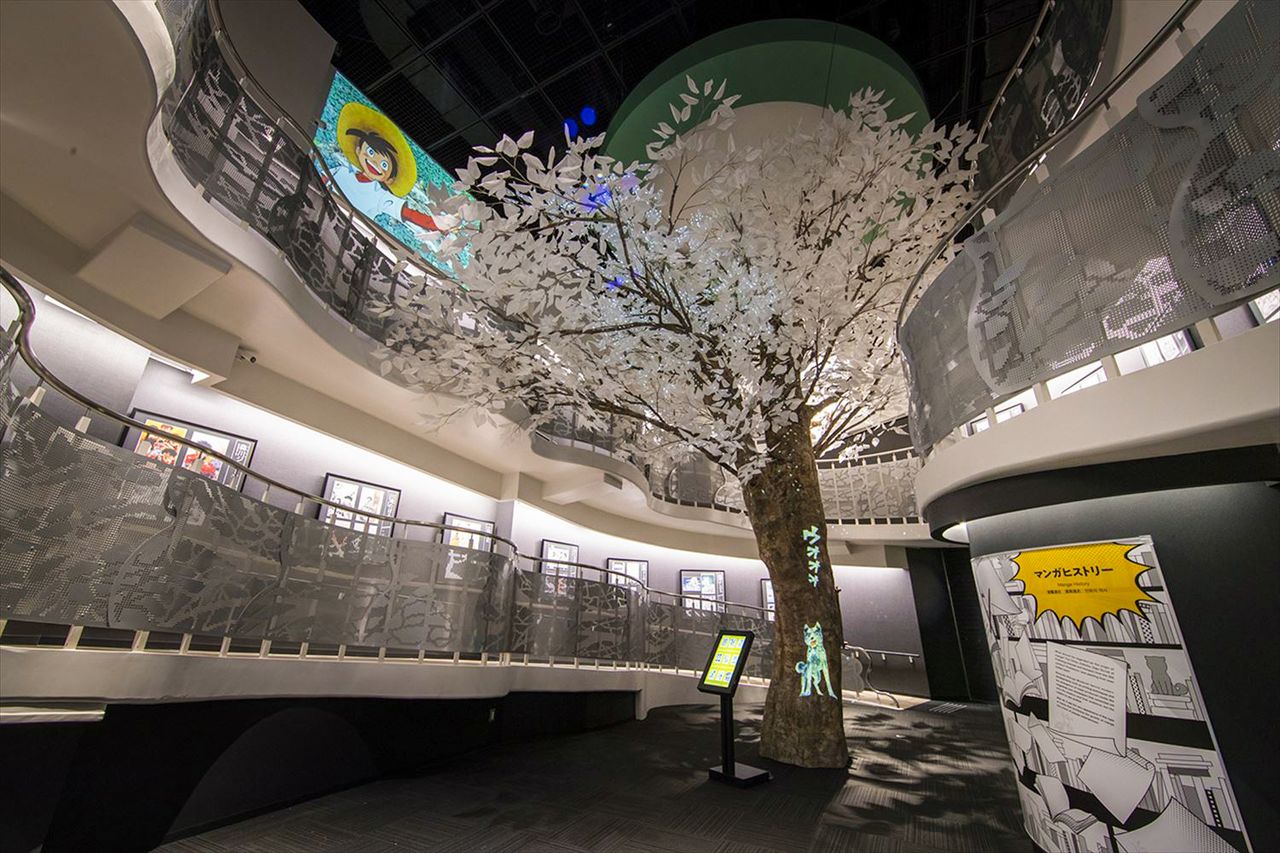 Transporting Visitors to Another World

The Yokote Masuda Manga Museum fills spaces from corridors to walls with artwork and other fun features that transport visitors to the world of manga. “Line Alley” is full of speech bubbles containing references to well-known scenes and famous lines spoken by protagonists. The manga font-shaped-sofa seems almost to be inviting you to take a selfie as your character, and has been a hit on Instagram. 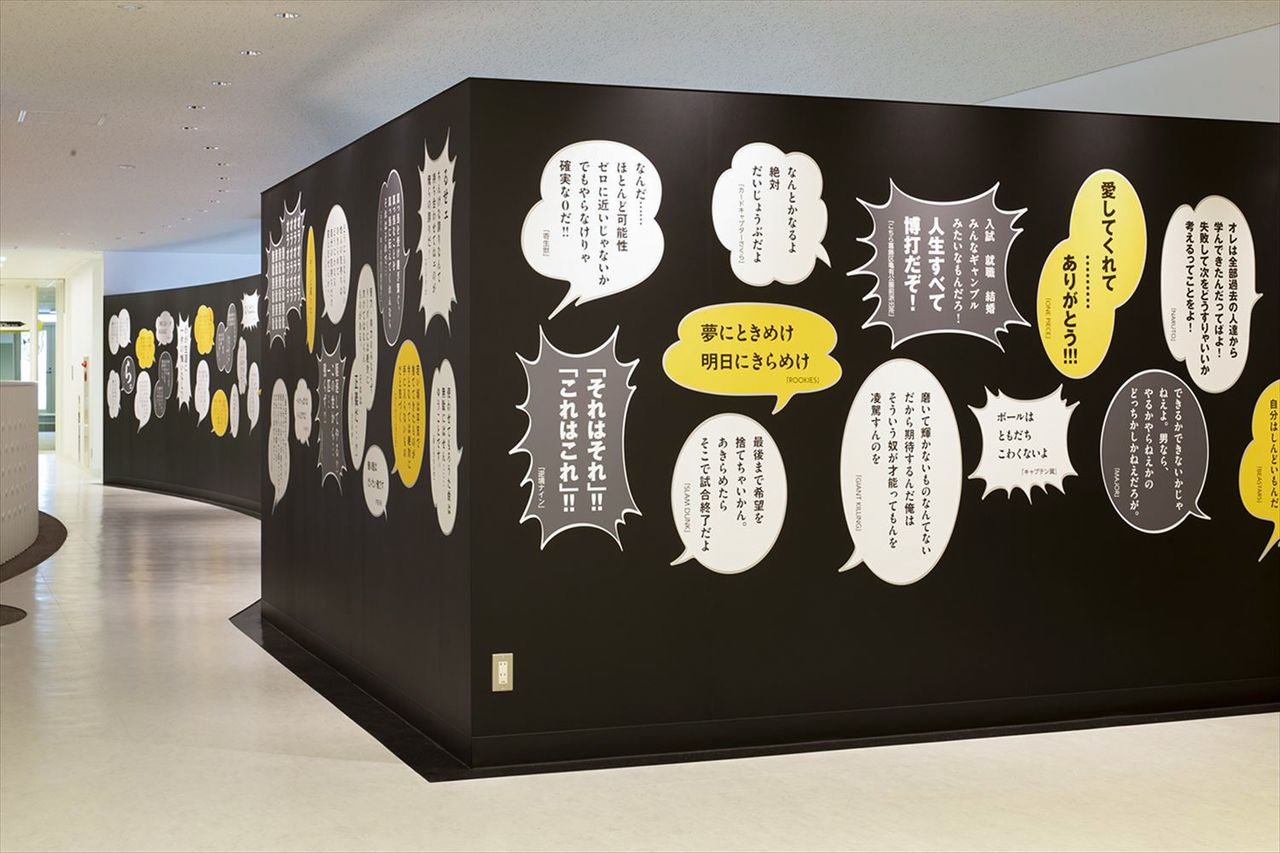 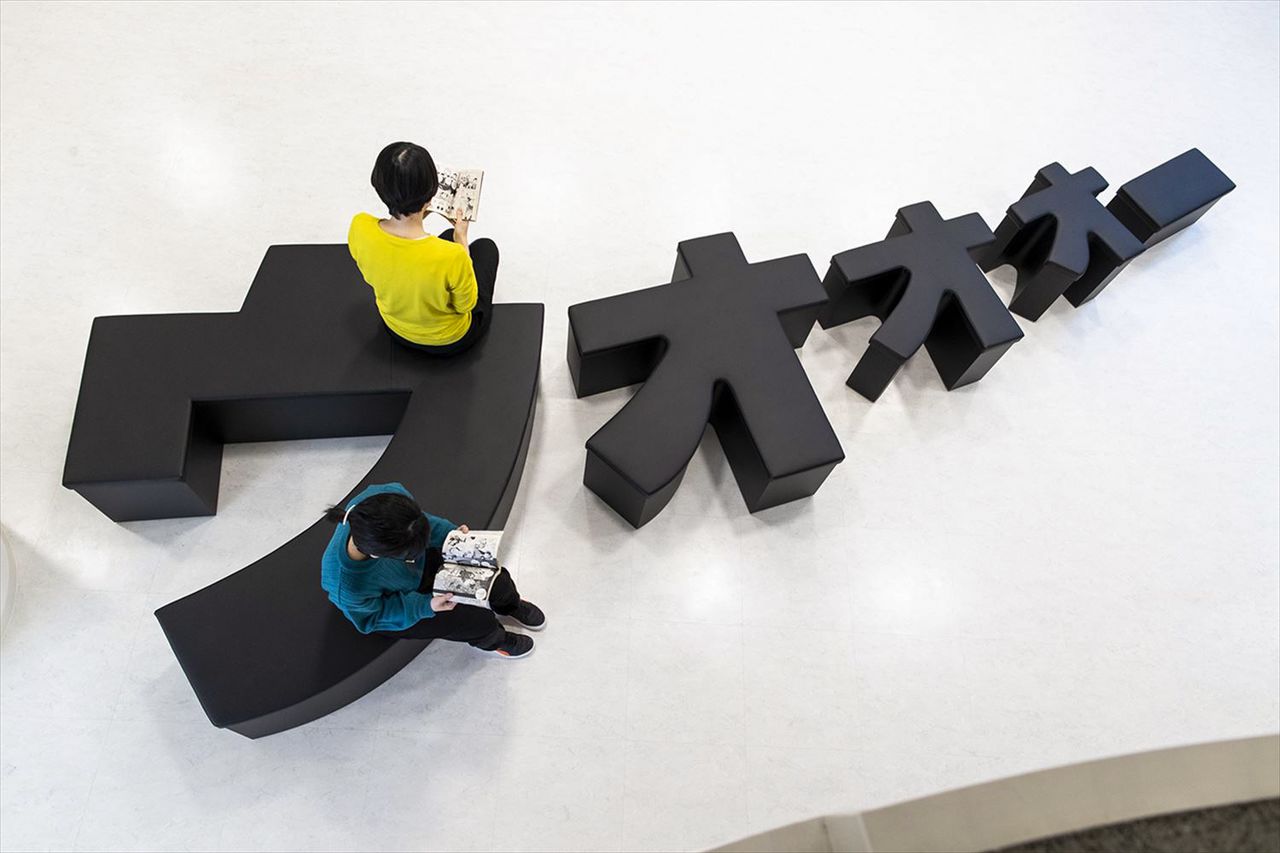 This sofa is shaped like an excited shout from a manga. (Courtesy Yokote Masuda Manga Museum)

If you feel like a break, head for the manga cafe on the first floor. This photogenic space includes tables painted with scenes from manga and speech bubbles on the walls. You will also be able to take some unique food photos as the presentation of the snacks, desserts and drinks on the menu references popular manga. 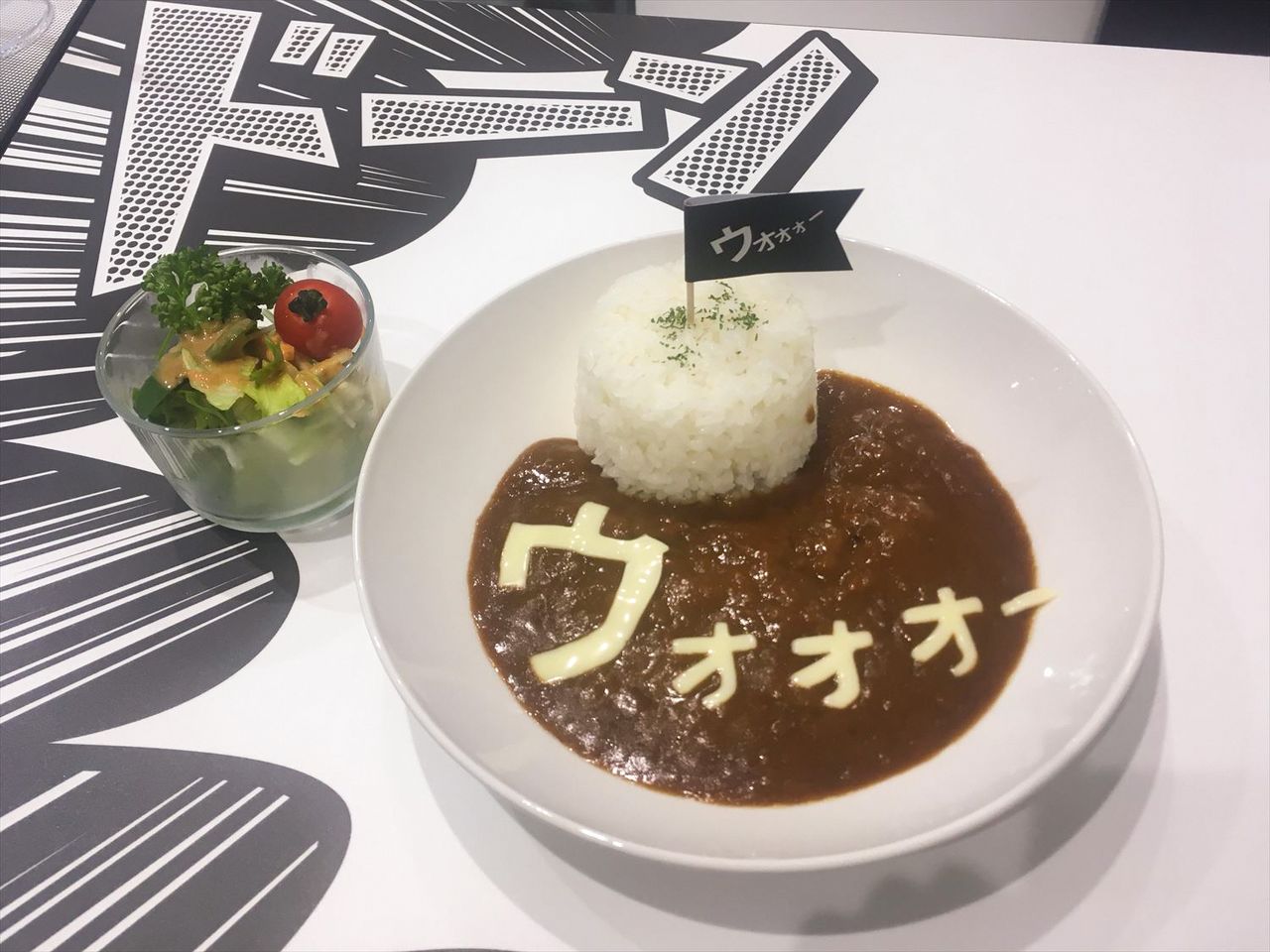