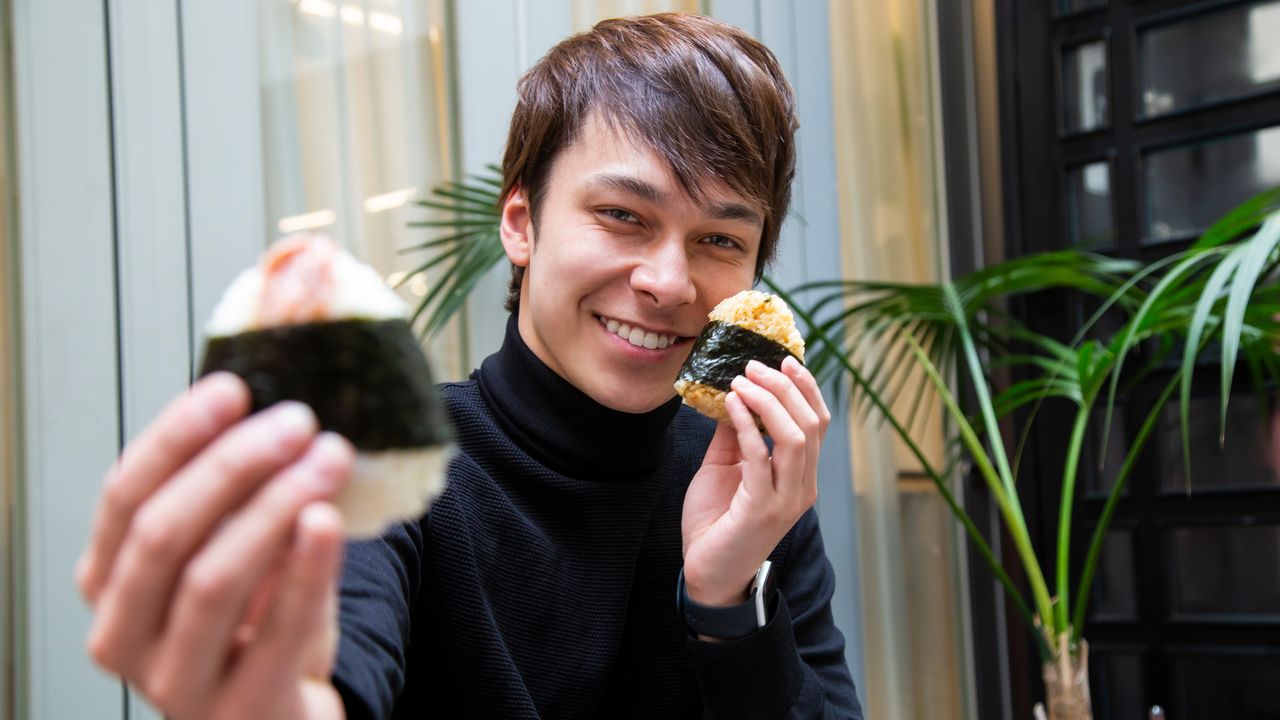 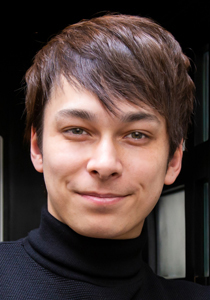 Model. Born in 1995 in the United States to an American father and Japanese mother. At age four, moved with his family to Hiratsuka, Kanagawa Prefecture. He travels around Japan reporting on regional cuisine for a Japanese morning news and information program. Leader of Ase Bound, a five-member boy group that promotes Japanese food culture.

Tune into Japanese television in the morning and there is a chance you will see Martin. The handsome 24-year-old reports on regional delicacies for Zip, a popular news and lifestyle program, an assignment that sends him to far-flung destinations around Japan. Since 2018, Martin—he goes by one name—has also led Ase Bound, a five-member, multinational boy group that promotes Japanese food culture. We recently sat down with the binational young man to discuss his use of social media to show off Japan’s vast range of cuisine to young fans in Japan and abroad.

INTERVIEWER  How did Ase Bound get started? 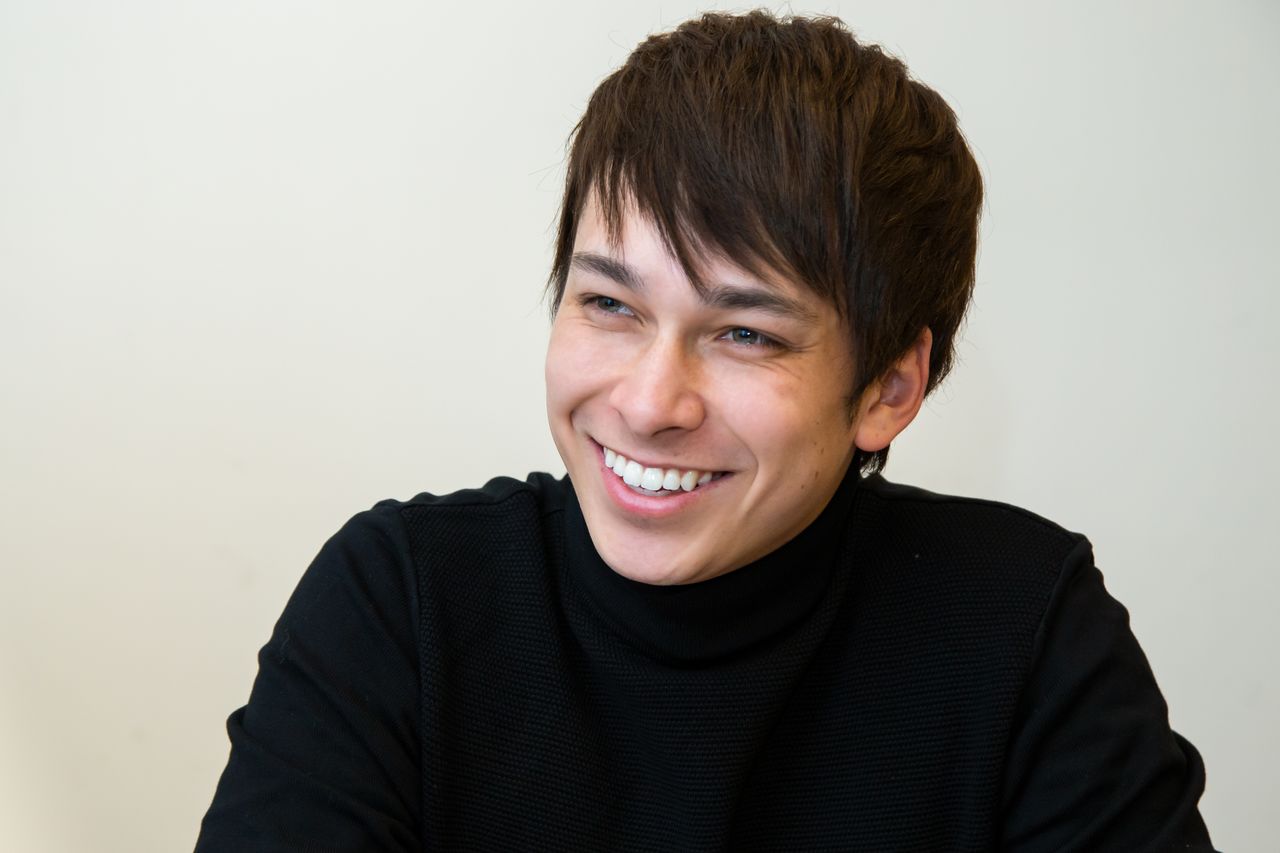 MARTIN  The group more or less came together organically. I grew up in Hiratsuka, Kanagawa Prefecture, but I’m half American, so a lot of my friends are from overseas. When we hung out, we just naturally talked about life in Japan.

I got to know Alex, an American and French binational who is now a member of the group. He came to Japan several years ago on a homestay in Shiga Prefecture and fell in love with the culture. I was impressed at how quickly he mastered Japanese, on top of speaking about five languages already.

As we talked, we came up with the idea of sharing aspects of Japanese culture that we liked over social media. One thing led to another, and eventually we decided to form the group Ase Bound. 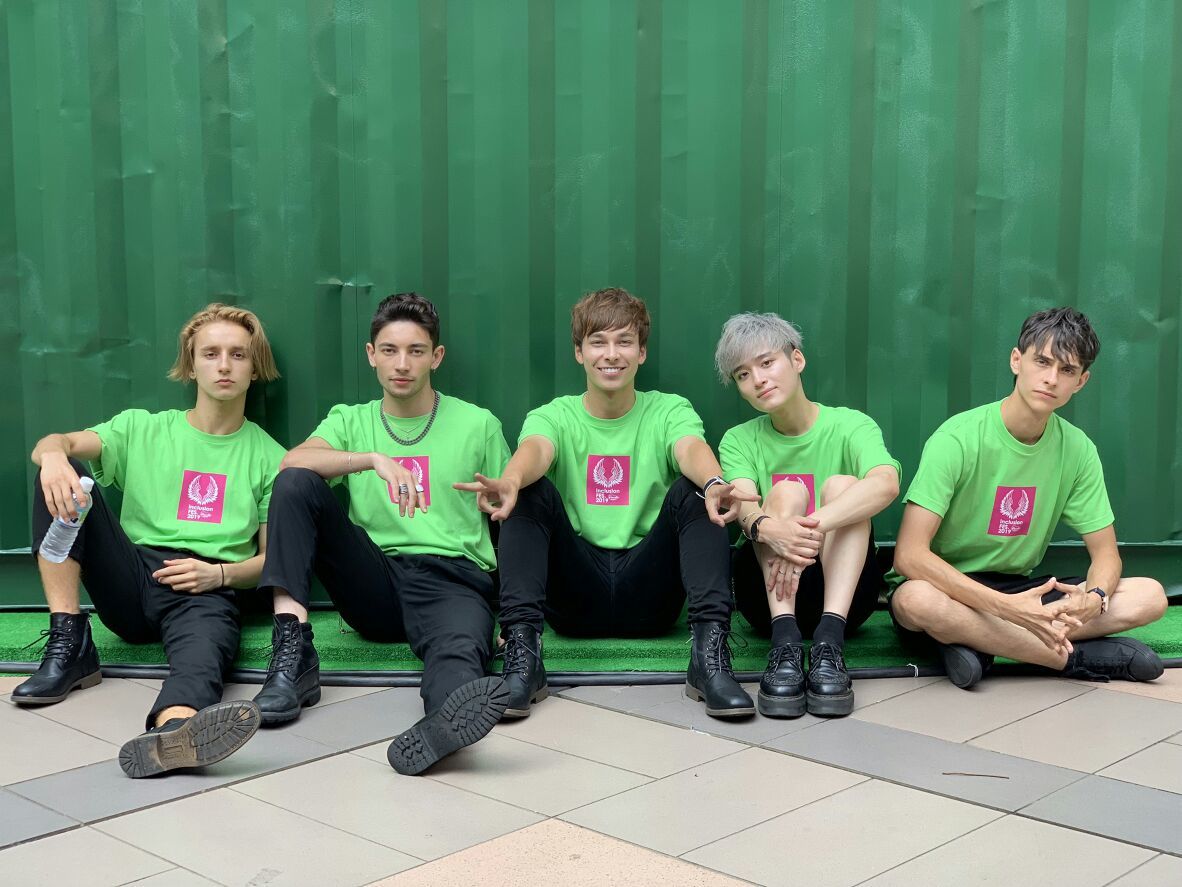 INTERVIEWER  What are the group’s main activities?

MARTIN  Our central focus is food, particularly Japan’s affinity for fish. Indulging in washoku is one of the pleasures of traveling in Japan, and we want to shine a spotlight on the variety of dishes that are out there for foreign visitors in particular.

One of our first undertakings was joining the crew of a fishing boat sorting the day’s catch after the vessel returned to port. None of us had any experience doing this, and we learned a lot about the different types of fish that were netted. After we finished, the crew served up sashimi from freshly caught mackerel and barracuda while urging us to share with our younger fans the quality of the fish in Japan’s waters. We introduced the entire experience on social media, and it became a launching pad for our later endeavors. 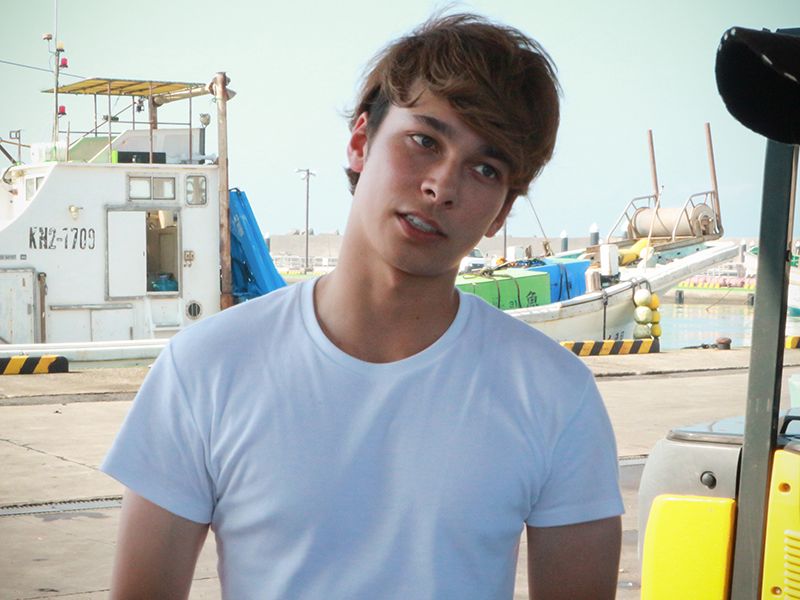 Since then we’ve continued to take a hands-on approach, visiting places to give people a glimpse of local sources of ingredients that are the base of so much Japanese cuisine. For example, in Shizuoka we went out in a boat to collect shirasu, sardine fry that are boiled and used to top rice and other foods, and explored a tuna storage facility that keeps the fish at minus seventy degrees Celsius. Later, we headed to the hills to visit a wasabi farm where we pickled what we harvested to make our own wasabizuke, then had a look around a mandarin orange orchard. 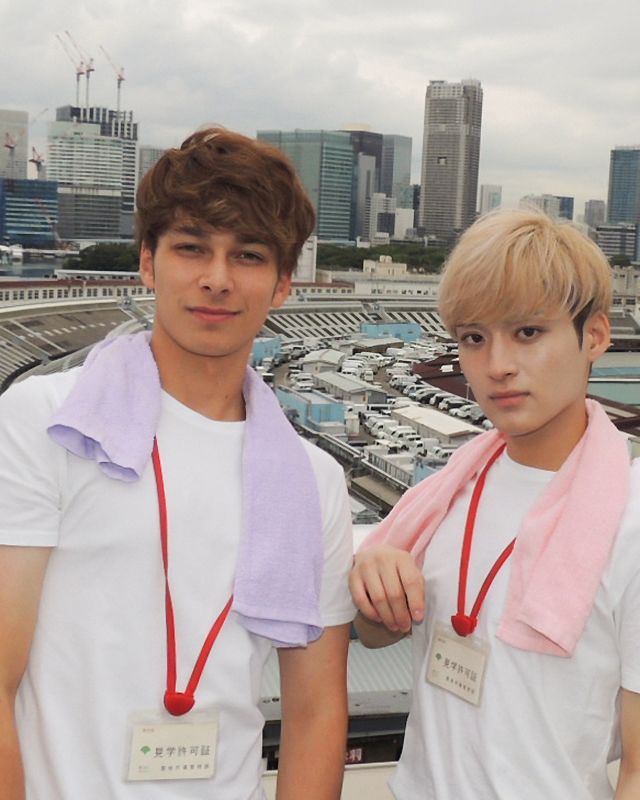 Martin (left) and Kevin outside Tsukiji prior to the wholesale market’s move to Toyosu. (© Kawamoto Daigo)

INTERVIEWER  What are the group’s favorite dishes?

MARTIN  Ase Bound’s members have been in Japan long enough that their tastes go beyond tourist staples like sushi and tempura. Brazilian member Vinny has lived here since he was a little boy and says the subtle sweetness of saba-miso—mackerel simmered in miso sauce—is a favorite. Kevin, who is from the Philippines, is a big fan of foil-baked salmon and vegetables, while Emre swears by mackerel sandwiches, and even puts them in the same class as his native Turkish cuisine. Alex is vegan and doesn’t eat fish, but he adores seaweed like nori and wakame as toppings for salads and other dishes. 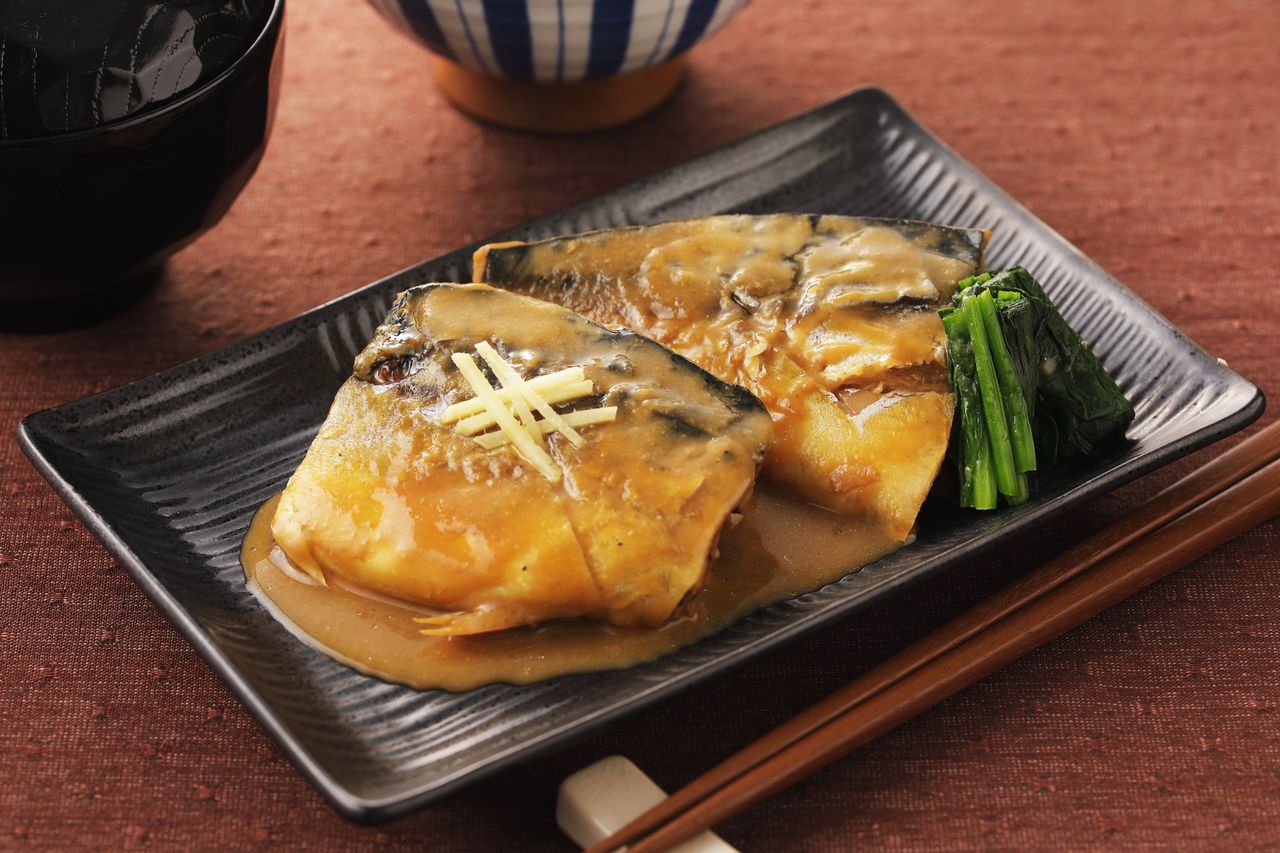 Mackerel simmered in miso sauce. The dish is standard menu item at many Japanese eateries. (© Pixta)

I’ve traveled all around Japan reporting on regional foods, but the dish that jolted my taste buds the most was hokki meshi from Watari in Miyagi Prefecture. It’s a simple dish of surf clams served over a bowl of rice cooked in broth. The savory clams and the umami of the rice were like nothing I’d ever tasted. I urge all visitors from abroad to head up north and give the delicacy a try. 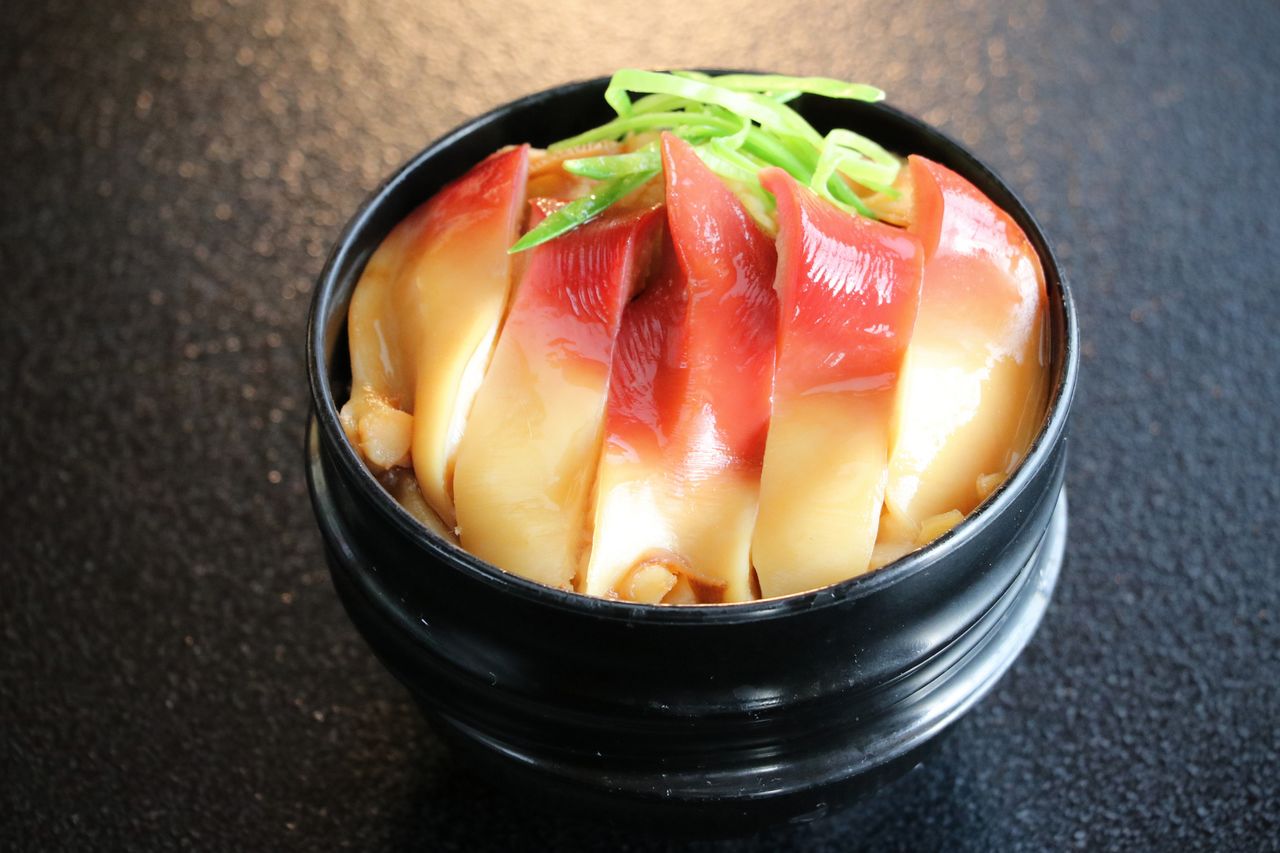 MARTIN  Just about any Japanese food, but especially fish, goes well with a bowl of steaming rice. I normally place bites of whatever dish I’m having right on top. The rice complements subtler tastes and takes the edge off heavier flavors like tsukudani [preserves made by simmering ingredients in soy sauce]. It might seem weird to someone who isn’t used to eating rice, but I suggest people give it a shot and dig in.

I also urge people to explore Japan’s vast array of mouthwatering ramen. Every region has its own styles of soup, noodles, and locally sourced toppings—some places heap on seafood for a unique taste. It’s easy to find a hearty bowl for under a thousand yen, but you might have to line up at the better-known shops. It’s definitely worth the wait, though. 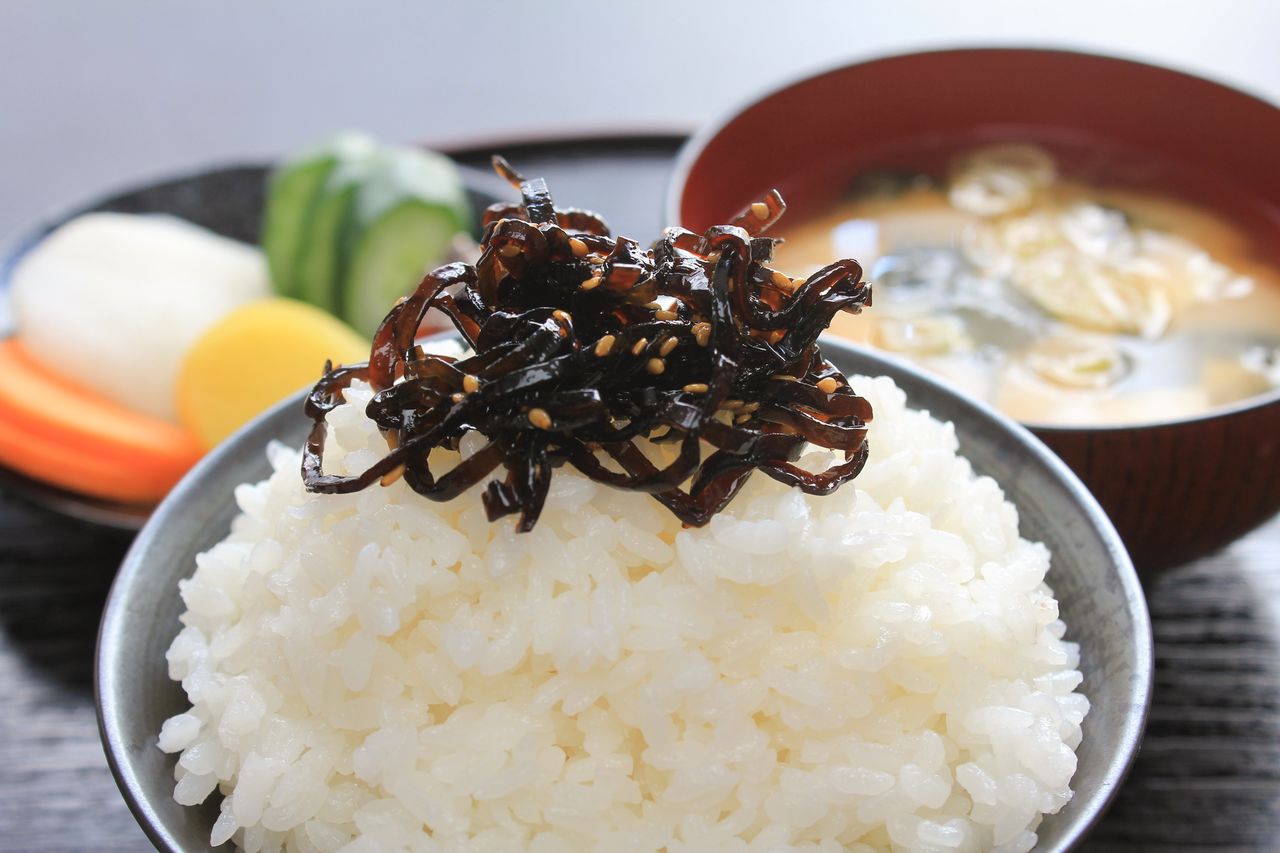 Tsukudani made with kelp atop a bowl of rice, with pickled vegetables and miso soup. (© Pixta)

INTERVIEWER  What new adventures do you have planned ahead?

MARTIN  We hope to build interest in the Toyosu Market. Our group visited the iconic Tsukiji fish market in 2018 before it moved. It was a great experience, but Toyosu is just as impressive. It has a completely different feel, since it’s bigger and boasts all the trappings of a modern market. We met with the head of the market and president of a prominent wholesaler there. Like the fishing crew we met in Hiratsuka, they implored us to promote Japan’s fishery resources to young people over social media. I took their request to heart. Foodies have been lauding traditional seasonings like dashi stock and meat-based dishes of late, but I think shining a light on fish cuisine gives people a more honest feel for Japanese food culture. 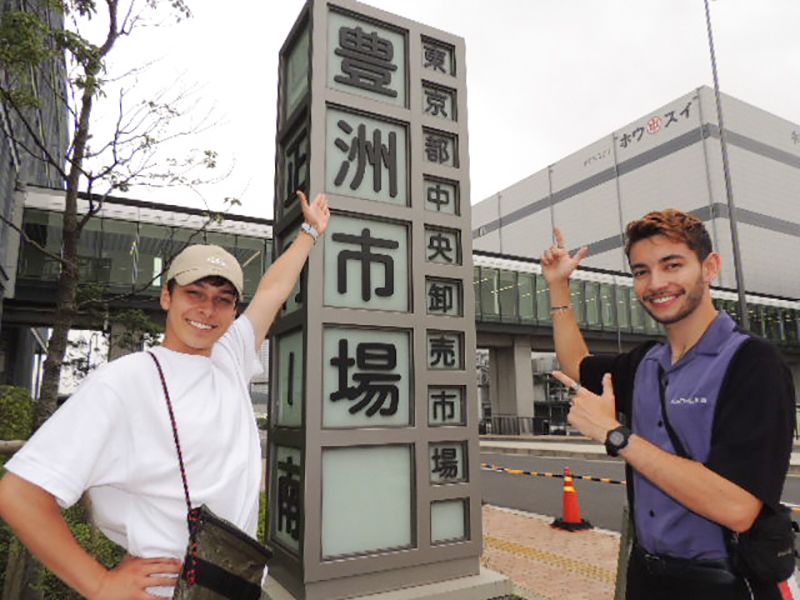 Martin (left) and Vinny outside the Toyosu Market. (© Kawamoto Daigo)

Ase Bound is active on different social media platforms. We also have a YouTube channel where we share photos and videos from our trips around Japan. By visiting places like local farmers’ markets and shopping streets and interacting with the people who work there, we want to encourage visitors to Japan to step off the beaten path and experience the country and culture first hand—and to keep coming back for more. 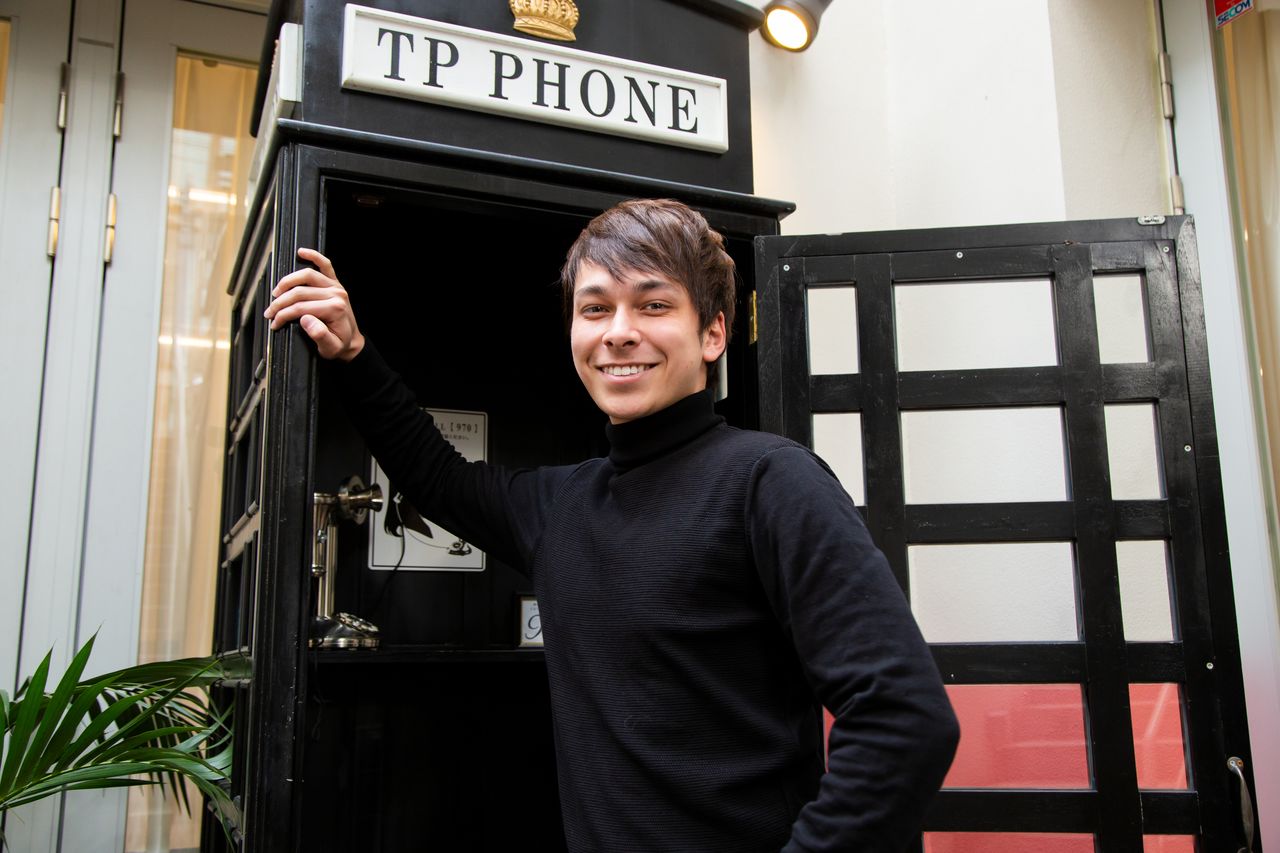 See bottom of website for links to the group’s social media channels.