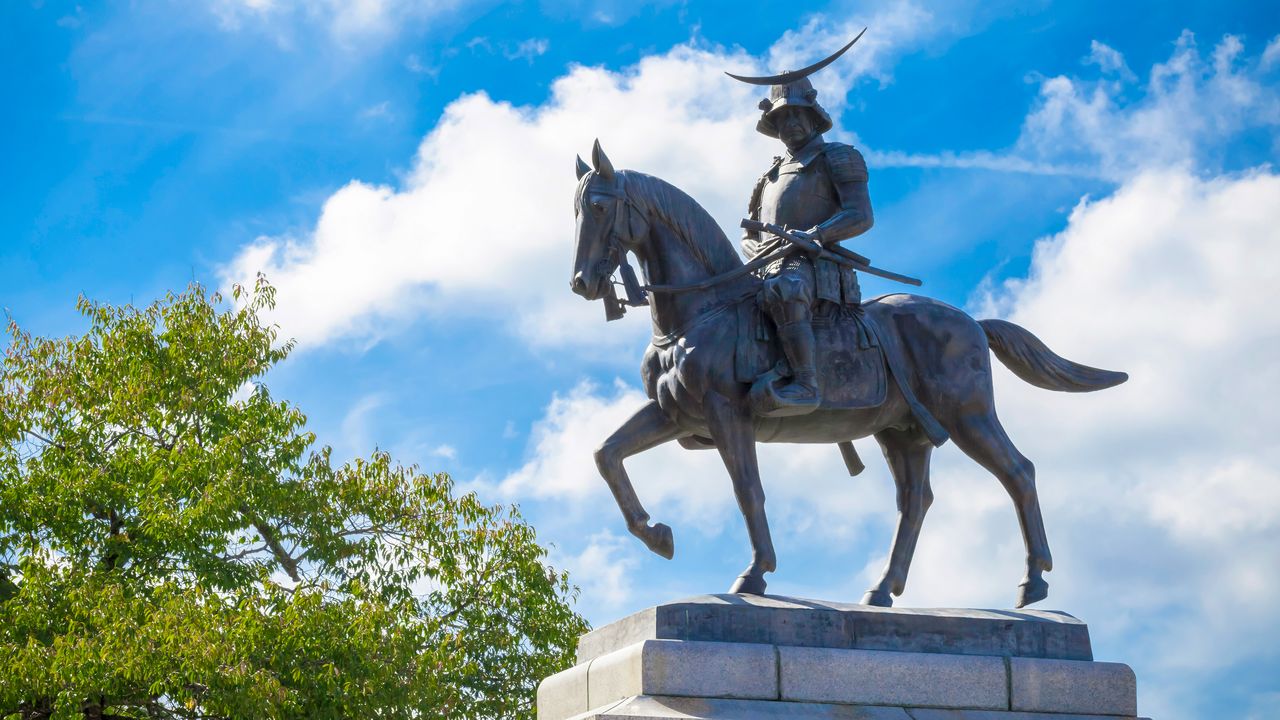 Travel History Aug 7, 2020
Sendai in Miyagi Prefecture is the largest urban center in the Tōhoku region. Built on foundations established by warlord Date Masamune, the city and its environs are full of historical sites related to the Date clan, including the ruins of Aoba Castle.

The famed daimyō Date Masamune (1567–1636) grew up during a tumultuous time of constant warfare in which prominent warlords battled for supremacy. Born in Yonezawa Castle, stronghold of the Date clan that ruled the sprawling Dewa domain in what is now Akita and Yamagata Prefectures, Masamune lost his right eye to smallpox as a small child, earning him as an adult the nickname Dokuganryū (One-eyed Dragon). A brilliant strategist, as head of the clan he established his reputation on the battlefield as he notched military victories.

In the decisive Battle of Sekigahara in 1600, Masamune allied with the victorious Tokugawa forces and was later awarded with the lands that were to become the Sendai domain. Just one year after the battle, Masamune began constructing a castle on Mount Aoba and surrounding town that would grow into the modern city of Sendai, today the largest urban center in the Tōhoku region. In the past, a domain’s wealth was determined by its rice-growing capacity, measured in koku, an amount equivalent to around 180 liters. The Sendai domain ranked third in wealth with 620,000 koku, behind only the Maeda clan of the Kaga domain (now Ishikawa and Toyama Prefectures) with 1 million koku and the Shimazu clan of the Satsuma domain (now Kagoshima Prefecture) with 730,000 koku. 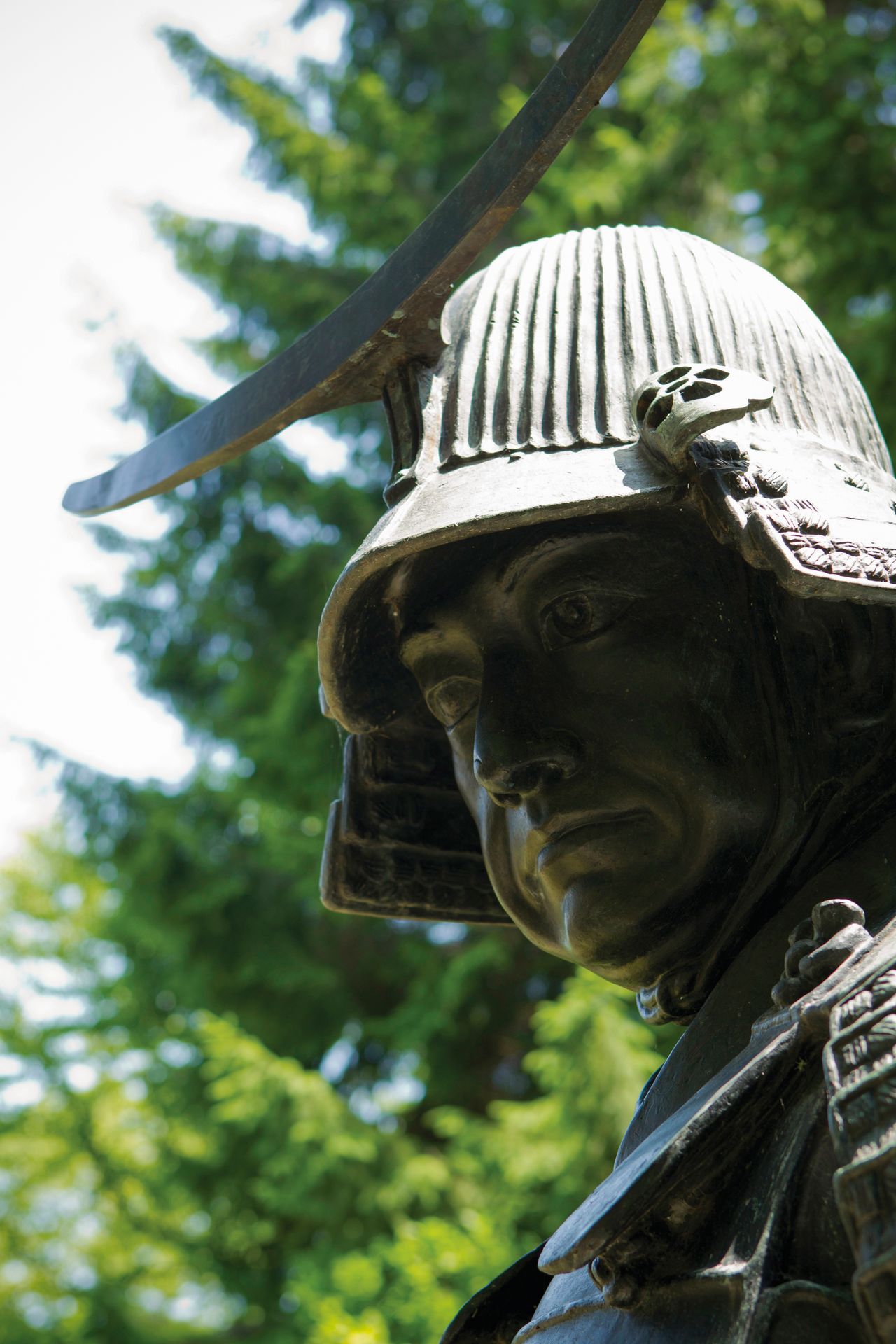 A statue of Date Masamune shows him with both eyes wide open. It is said the warlord directed in his will that he always be depicted this way.

Masamune was a cultured and sophisticated man who enjoyed both good food and traditional waka poetry. His refined taste in clothing and flamboyant style gave rise to the term date-otoko to describe a fashionable man with flair. Noted for his eyepatch and lacquered jet-black armor, Masamune has figured prominently in many novels, films, anime, and even video games. In 1987, national broadcaster NHK made the warlord a focus of its annual historical taiga drama, with Dokuganryū Masamune (One-eyed Dragon Masamune) garnering an average viewer rating of 39.7%, the highest ever for the long-running series.

Before serving under Tokugawa Ieyasu (1543–1616), founder of the long-ruling Tokugawa shogunate, Masamune held allegiance to Toyotomi Hideyoshi (1537–1598). After angering Hideyoshi by his delay in joining in the 1590 Siege of Odawara, Masamune presented himself before the hegemon dressed all in white, a sign of his willingness to die before his lord. This daring performance overcame Hideyoshi’s anger and was to become a part of the Date legend. Episodes like this have endeared Masamune to the Japanese people throughout the ages to the present day. 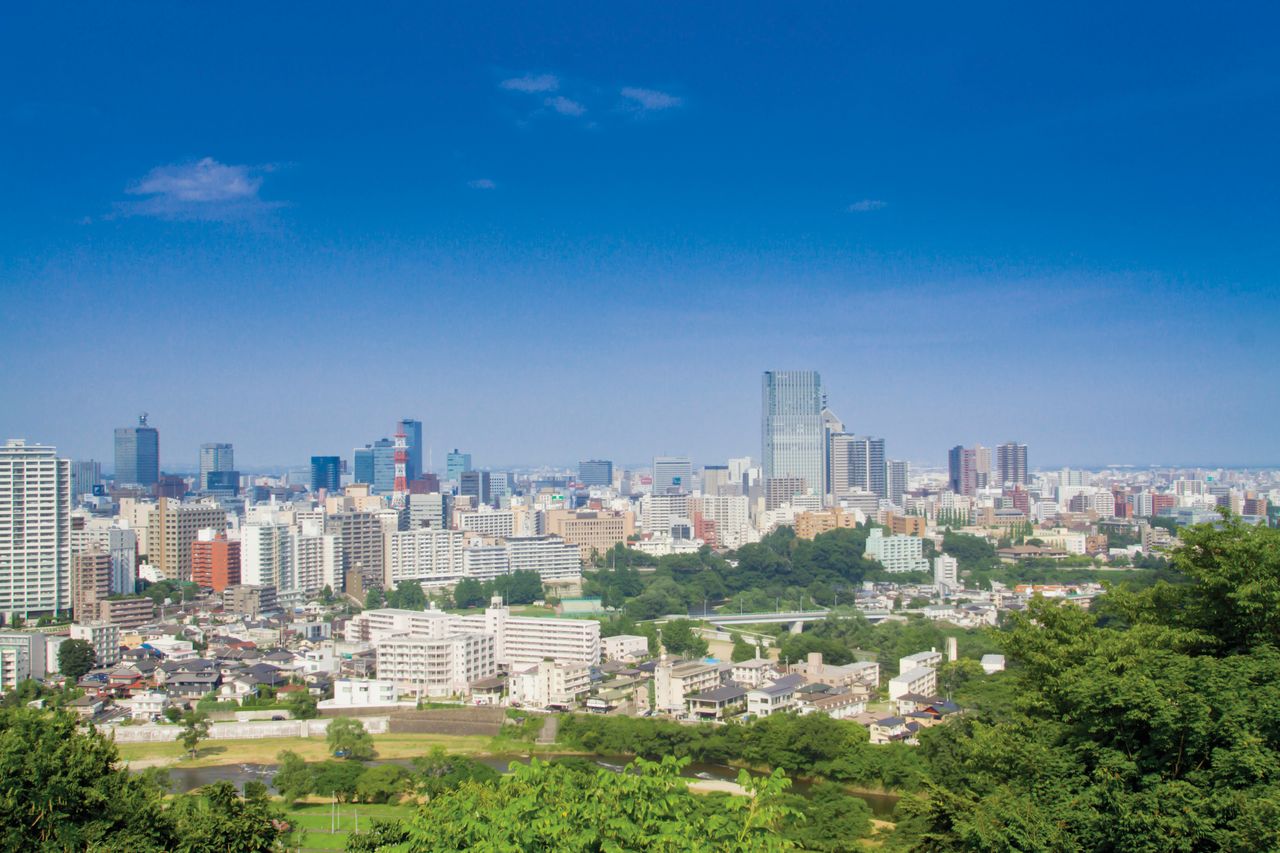 A sweeping view of Sendai from Mount Aoba.

Sendai was leveled in the bombing of World War II, erasing all traces of the former Edo-period castle town. However, a number of vestiges of Masamune and the Date clan remain. Most prominent of these is the site of the former castle. The spot is often referred to locally as Aoba Castle after the name of the 130-meter wooded hill where the fortress once stood. The site is well-protected by natural barriers with the Hirose River to the north and east, the Tatsunokuchi Gorge to the south, and a deep forest to the west. Masamune did not build a central keep (tenshukaku), generally recognized as a symbol of power, in a calculated omission to avoid provoking the suspicions of the Tokugawa shogunate.

In the Meiji era (1868–1912) the Imperial Japanese Army dismantled the innermost compound (honmaru) and fire later destroyed most of the other structures of the castle. The only sections to survive were the Ōtemon Gate and the Wakiyagura tower, but even designation as National Treasures was not enough to spare these the devastating bombing of World War II . The site today is marked by a massive stone wall rising to 17 meters at its highest point and a replica of the Wakiyagura tower built in 1967. The innermost castle compound has been made into a park dominated by a statue of Masamune on horseback looking out over his domain. The statue is today an iconic symbol of Masamune’s power and ambition. 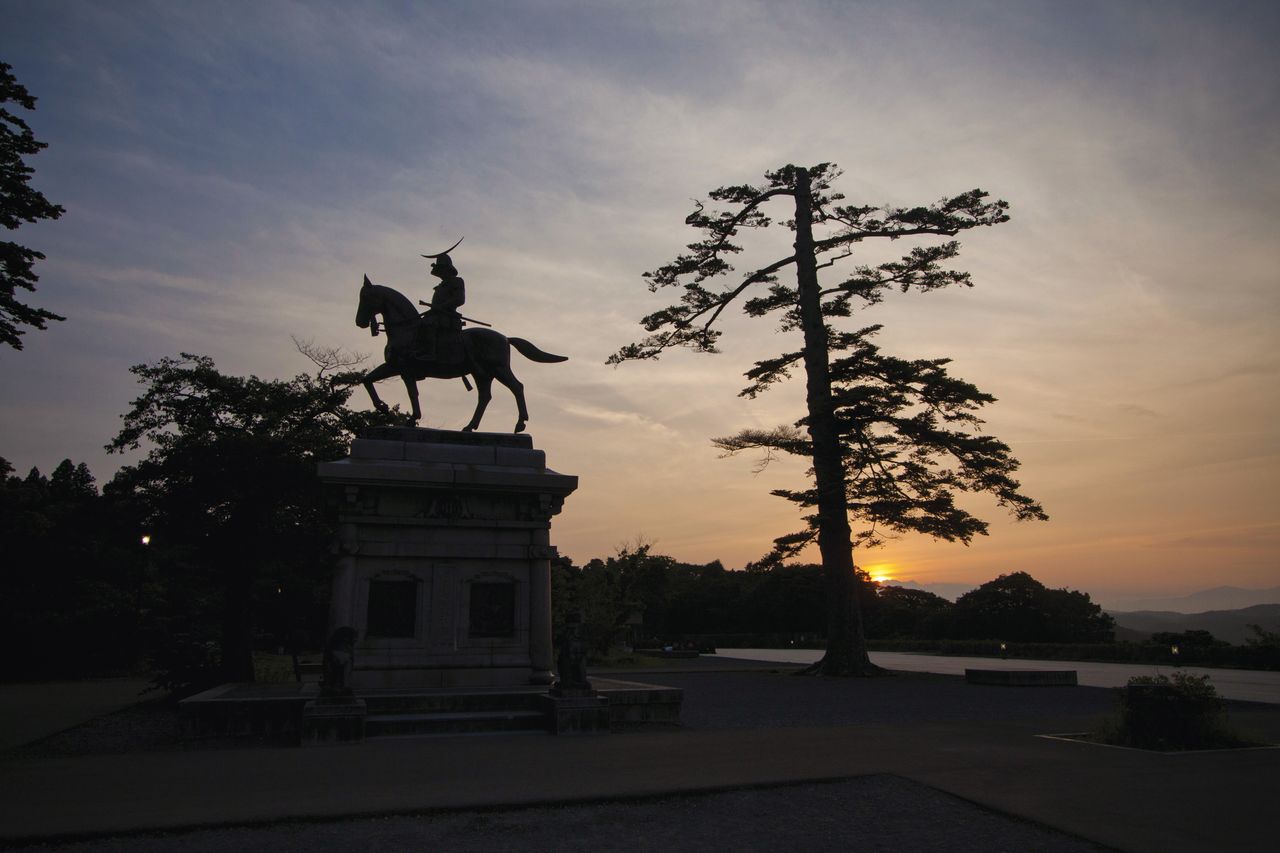 The Masamune statue silhouetted by the setting sun. 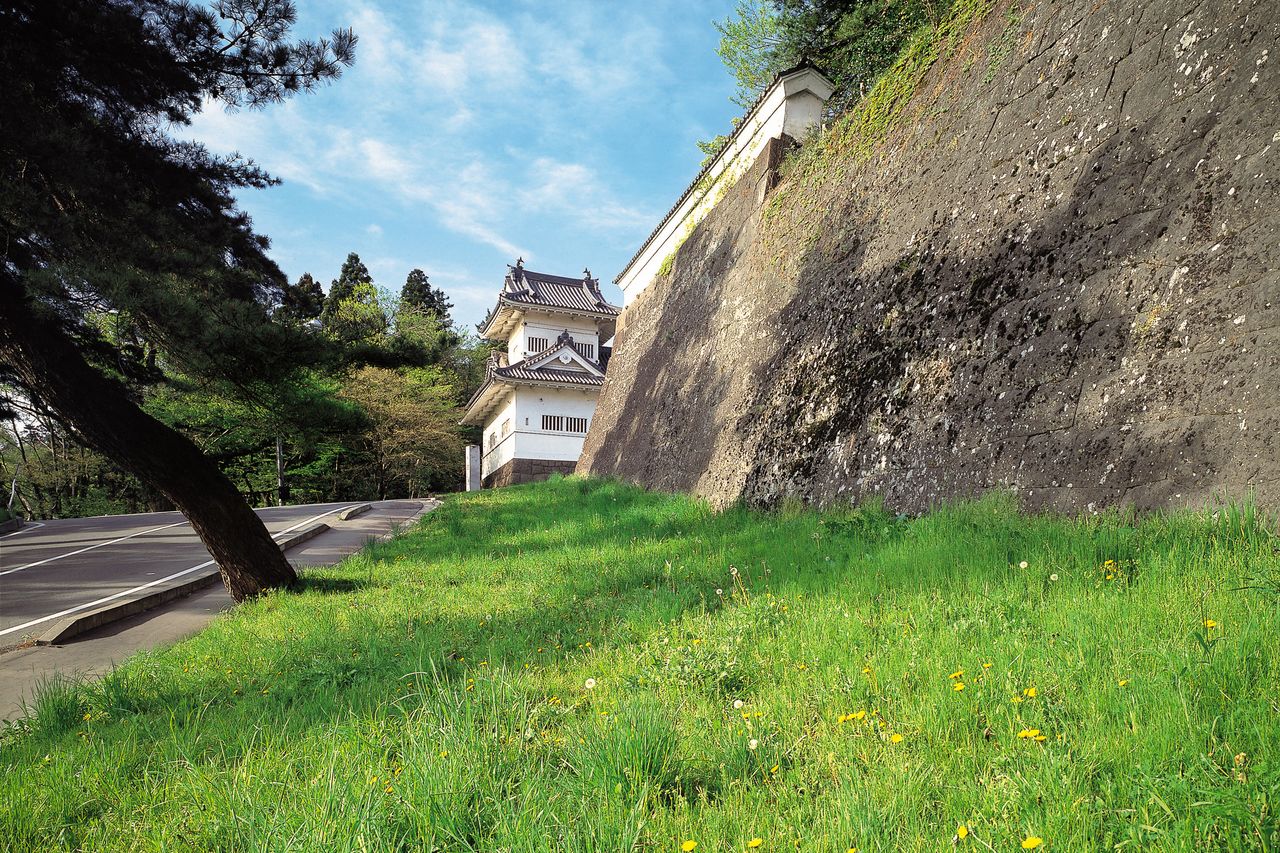 A winding walkway runs between the Wakiyagura tower and the site of the inner compound.

Where the inner compound once stood is now the site of Gokoku Shrine, dedicated to the war dead of Miyagi Prefecture, and a museum about the castle. The bright vermilion of the shrine’s main hall contrasts beautifully with the surrounding greenery. Next to the sanctuary is an annex, the Urayasugū, dedicated to the deified spirit of Masamune.

The castle museum houses numerous documents and artifacts related to the Date clan. An especially popular attraction is a guided virtual-reality tour of the castle grounds as it must have appeared roughly 400 years ago. The “Sendai Castle VR Go” tour costs ¥500 for adults. The attraction consists of a personally guided tour of the castle grounds with stops at nine strategic locations where visitors can look into a VR scope to view a 360-degree panorama of the castle as it appeared at its heyday at that particular location. The VR scopes provide realistic depictions of such scenes as the gorgeous sliding doors that once lined the main room of the castle and the breathtaking kake-zukuri overhang style of architecture that was employed in parts of the structure. 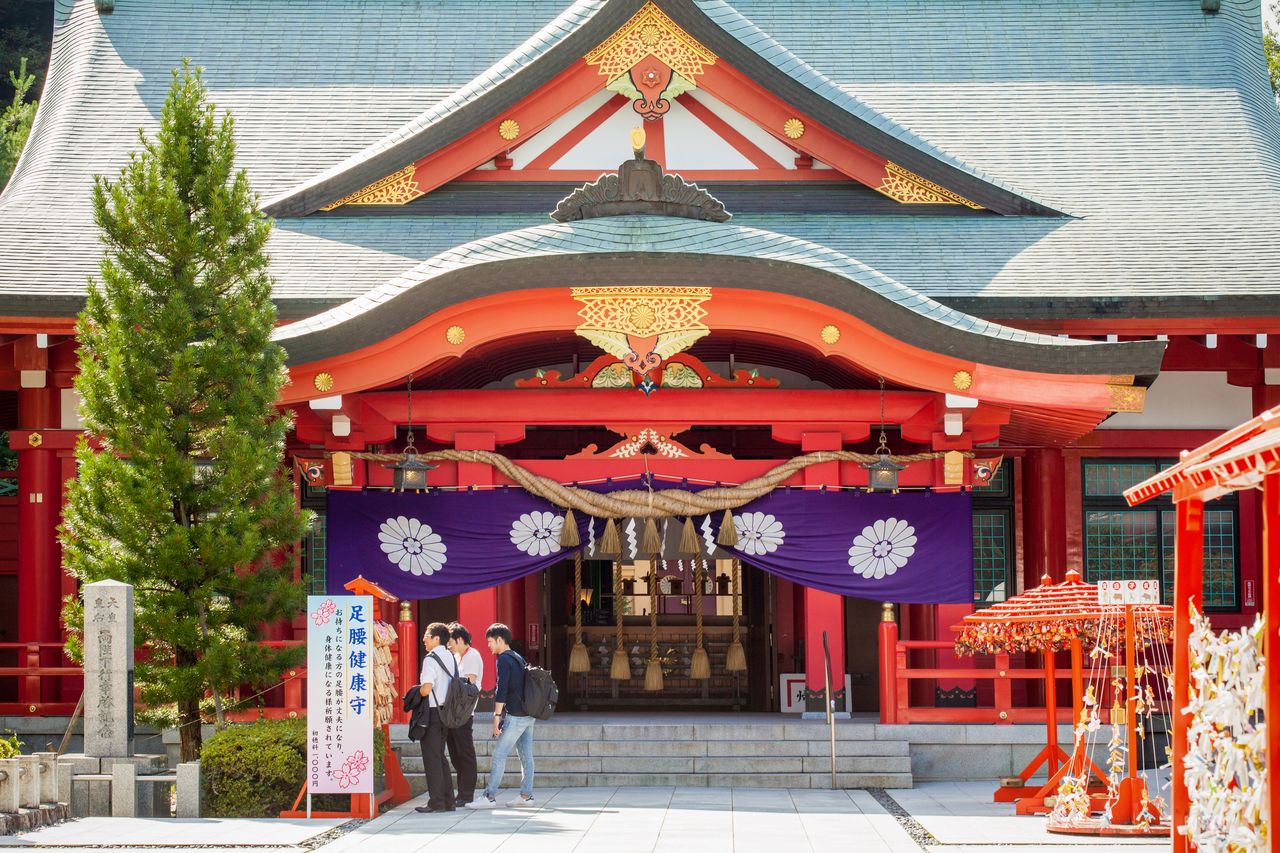 Gokoku Shrine is a popular destination for the first shrine visit of the new year.

The site of the castle’s second compound (ninomaru) is now the location of Tōhoku University’s Kawauchi Campus, and the dense woods that once protected the back of the castle are a part of the Tōhoku University Botanical Gardens. The woods were once closed to the public—first because they were managed by the Imperial Japanese Army after the Meiji Restoration of 1868 and later when they were taken over by the Occupation forces after the end of World War II—and this closure helped to protect the beautiful stands of firs as well as numerous rare plants and animals. Today, the Tōhoku University Botanical Gardens are carefully tended for research and education purposes. They were opened to the public in 1972 when the whole of Mount Aoba was declared a National Natural Monument. 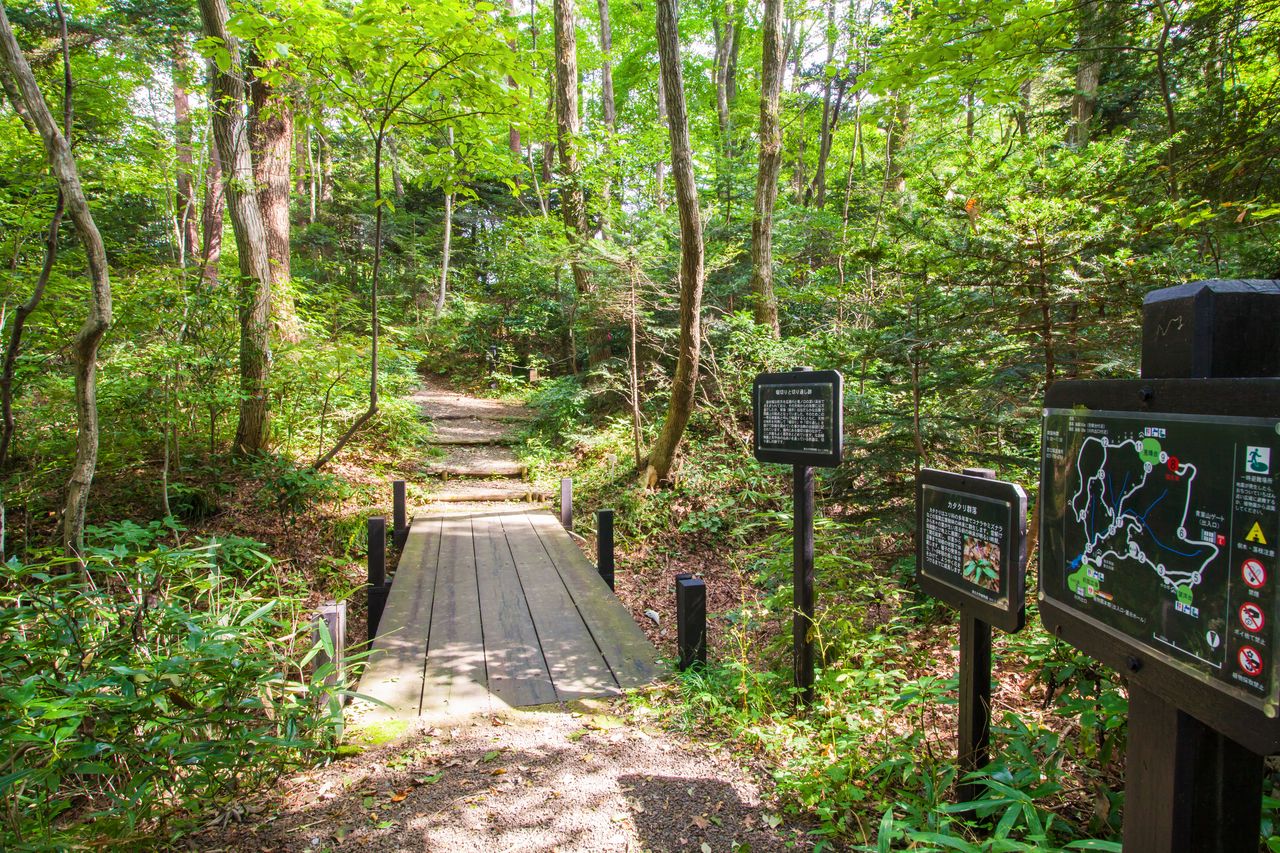 The Sendai City Museum, which stands on the site of the third and outermost compound of the castle, houses a collection of some 97,000 items of historical, cultural, and artistic importance. Many of the pieces were donated by descendants of the Date clan. Masamune was keenly interested in foreign cultures and people, and even sent retainer Hasekura Tsunenaga (c.1570– c.1621) and others on the famous Keichō Embassy that left Japan for Europe in 1613. A portrait of Hasekura in the museum collection is the oldest known oil portrait of a Japanese person and is registered in UNESCO’s Memory of the World Register. Other notable items include a National Treasure portrait of Pope Paul V and a document issued by the Roman Senate bestowing the title of “Roman Nobel and Roman Citizenship” upon Hasekura. 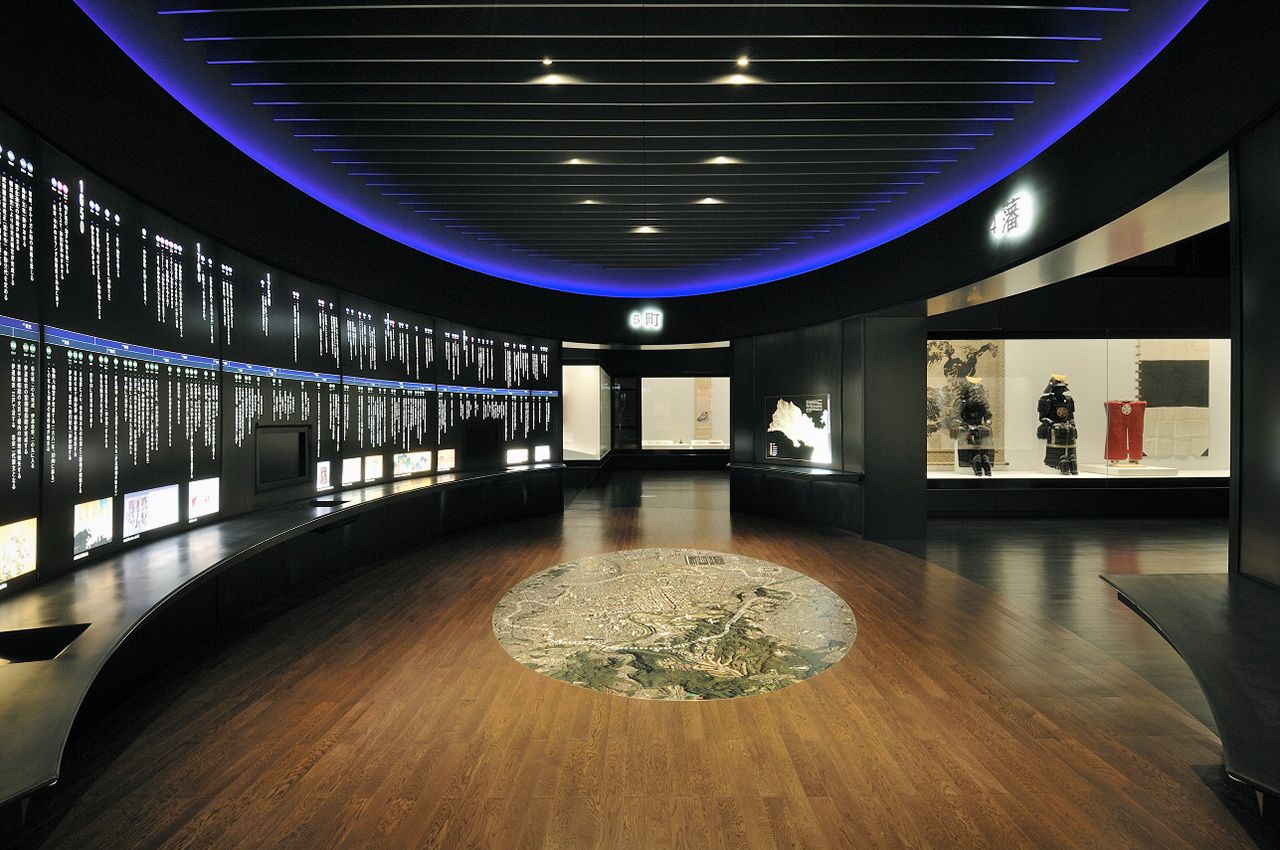 The permanent exhibit at the museum consists of roughly 1,000 items. Other items are changed seasonally. (Courtesy of the Sendai City Museum)

Of special interest to Masamune fans is his distinctive battle armor and helmet, only exhibited for limited times. The full ensemble of black-lacquered body armor trimmed with gold cords and helmet topped with Masamune’s trademark golden crescent moon (gengetsu) is an impressive sight. 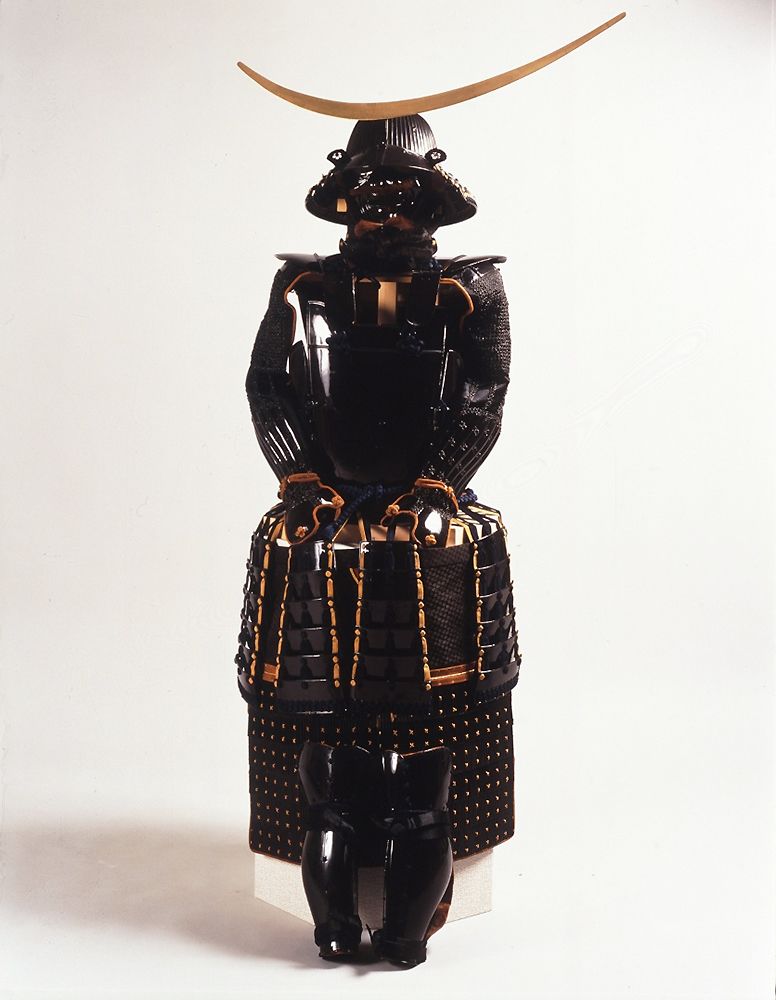 The black lacquer-armor worn by Date Masamune is designated a National Important Cultural Property. (Courtesy of the Sendai City Museum)

(Originally published in Japanese. Reporting and text by Shoepress. Banner photo: Statue of Date Masamune on horseback on the grounds of the Aoba Castle. All photos courtesy of the Sendai Tourism, Convention, and International Association, except where otherwise indicated.)