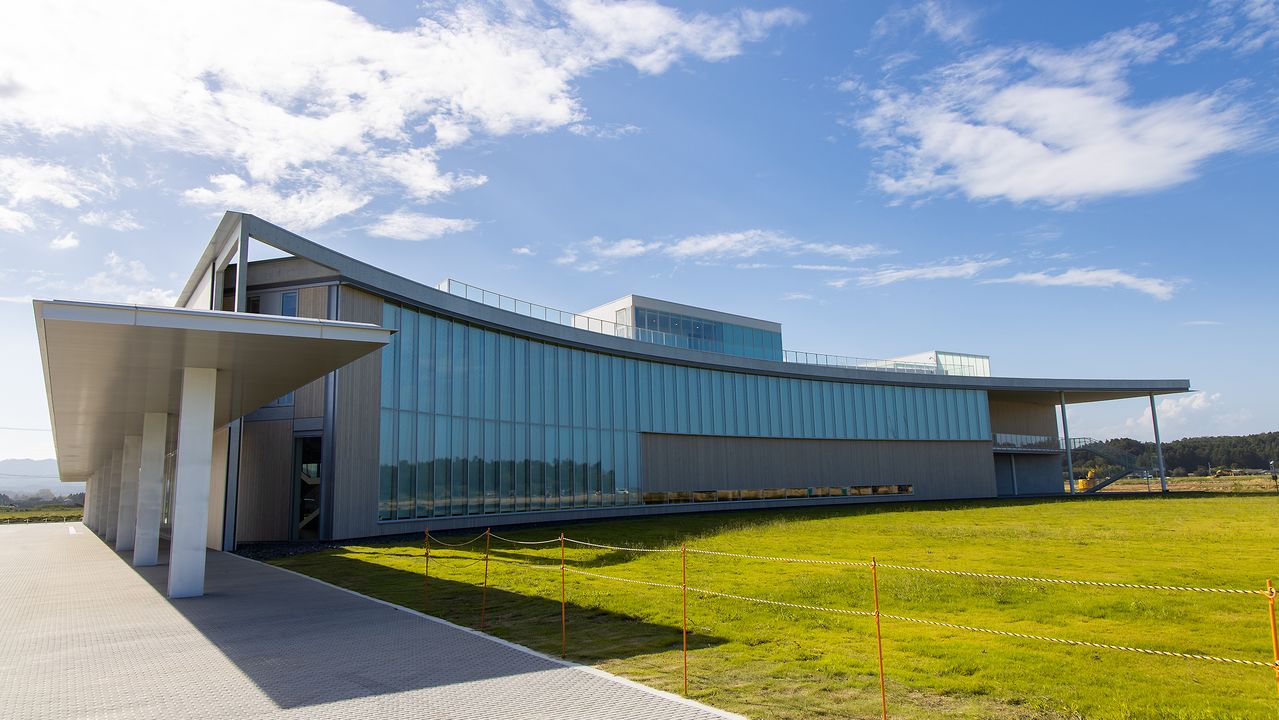 Disaster Travel Nov 13, 2020
The Great East Japan Earthquake and Nuclear Disaster Memorial Museum, a newly opened facility in the township of Futaba in Fukushima Prefecture, educates visitors about 3.11 and ongoing efforts to rebuild the region.

Nearly a decade has passed since the Great East Japan Earthquake on March 11, 2011. Reconstruction efforts have continued unabated across the Tōhoku region since the massive temblor and subsequent tsunami and nuclear disaster. Along with new roads and buildings, workers have constructed numerous memorials and parks dedicated to victims and facilities displaying items that serve as reminders of the importance of disaster-awareness.

On September 20, the Fukushima prefectural government opened a new museum about 3.11 in the town of Futaba. The Great East Japan Earthquake and Nuclear Disaster Memorial Museum aims to convey the impact of the unprecedented disaster to subsequent generations while educating Japanese and overseas visitors about regional efforts to rebuild. The location of the facility in Futaba, situated along the Pacific coast in an area of the prefecture known as Hama-dōri, is significant as the township and neighboring municipalities like Ōkuma suffered a triple disaster of earthquake, tsunami, and meltdown of the Fukushima Daiichi Nuclear Power Station. 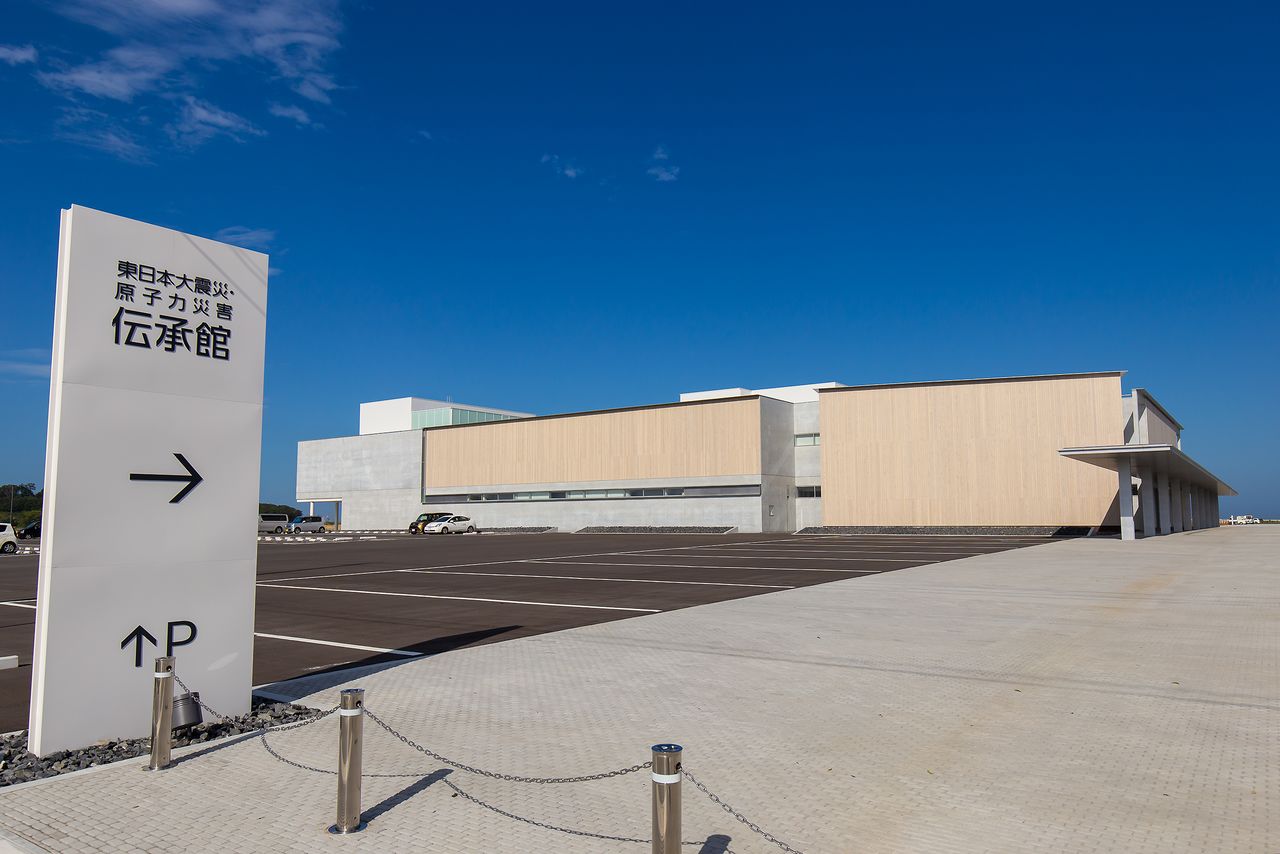 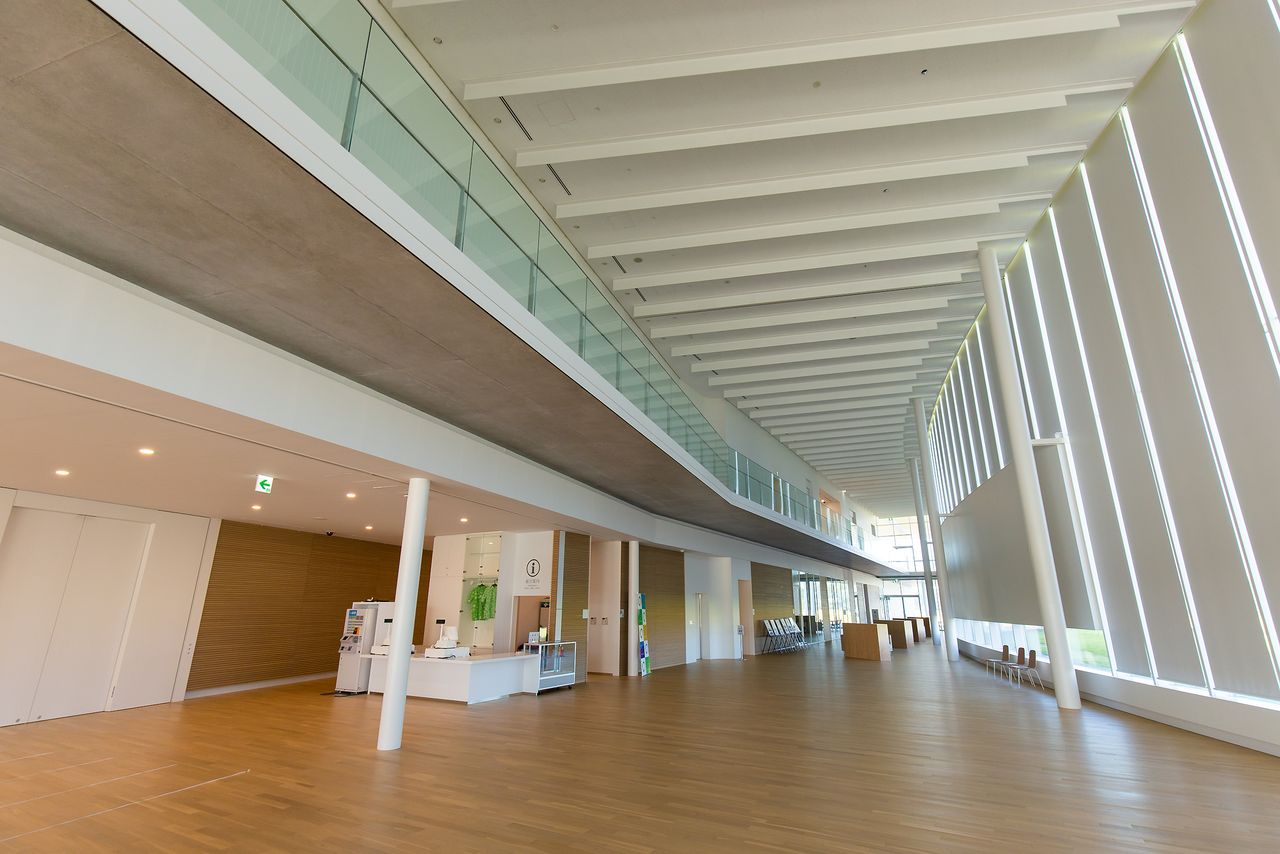 The spacious lobby offers the warmth of wood construction.

It Could Happen to You

Visitors stepping through the door of the museum first enter a theater-like audio visual installation comprised of seven wall- and floor-mounted screens. The panels display scenes from the earthquake, tsunami, and nuclear disaster, and document the evacuation of Fukushima residents and rebuilding efforts.

A curving ramp takes visitors up to the exhibition area on the second level of the installation, where panels displaying photographs and information on the catastrophe document the events of the disaster in chronological order. The creators of the museum say the intent of the display is to impress on visitors that a sudden, life-changing calamity like the Great East Japan Earthquake can happen to anyone. 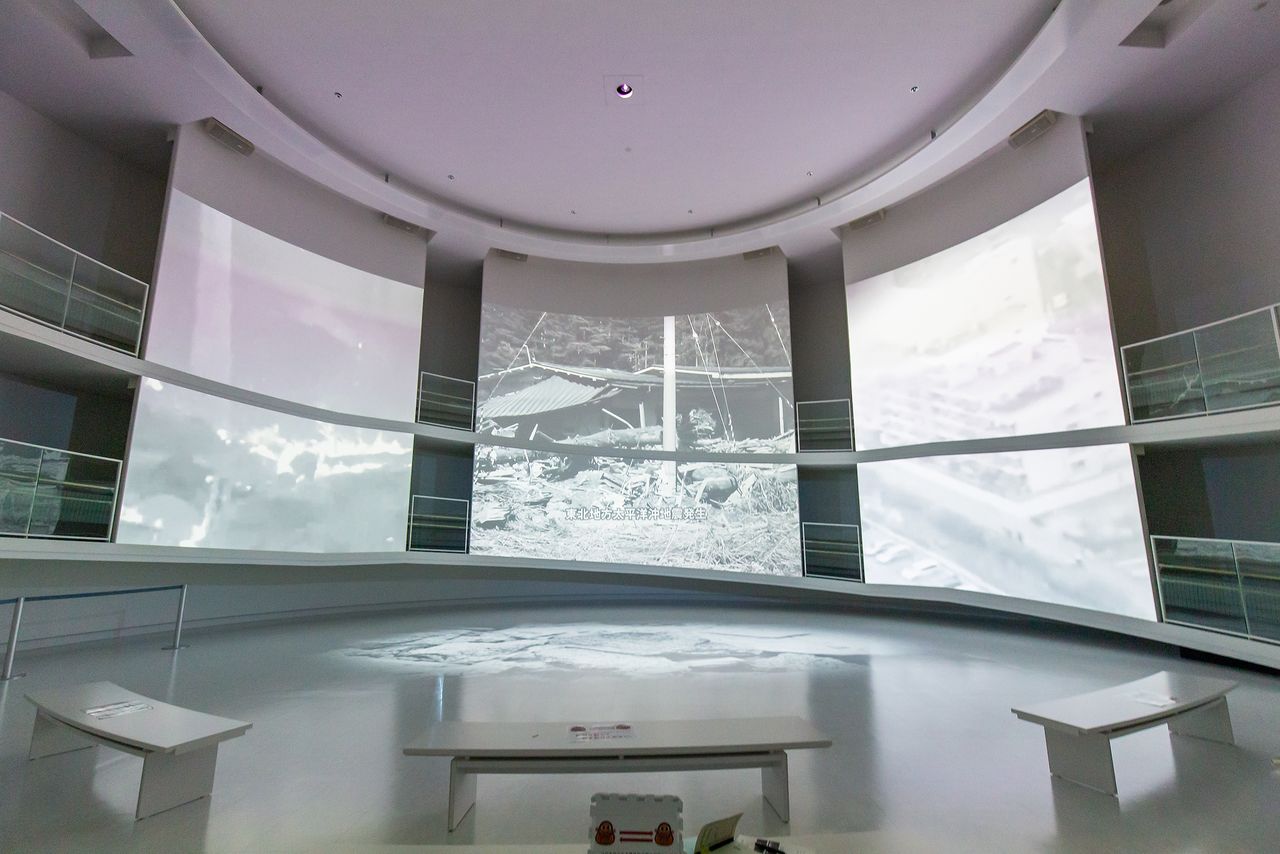 The audio-visual presentation is the work of creative director Yanai Michihiko and is narrated by well-known actor Nishida Toshiyuki. 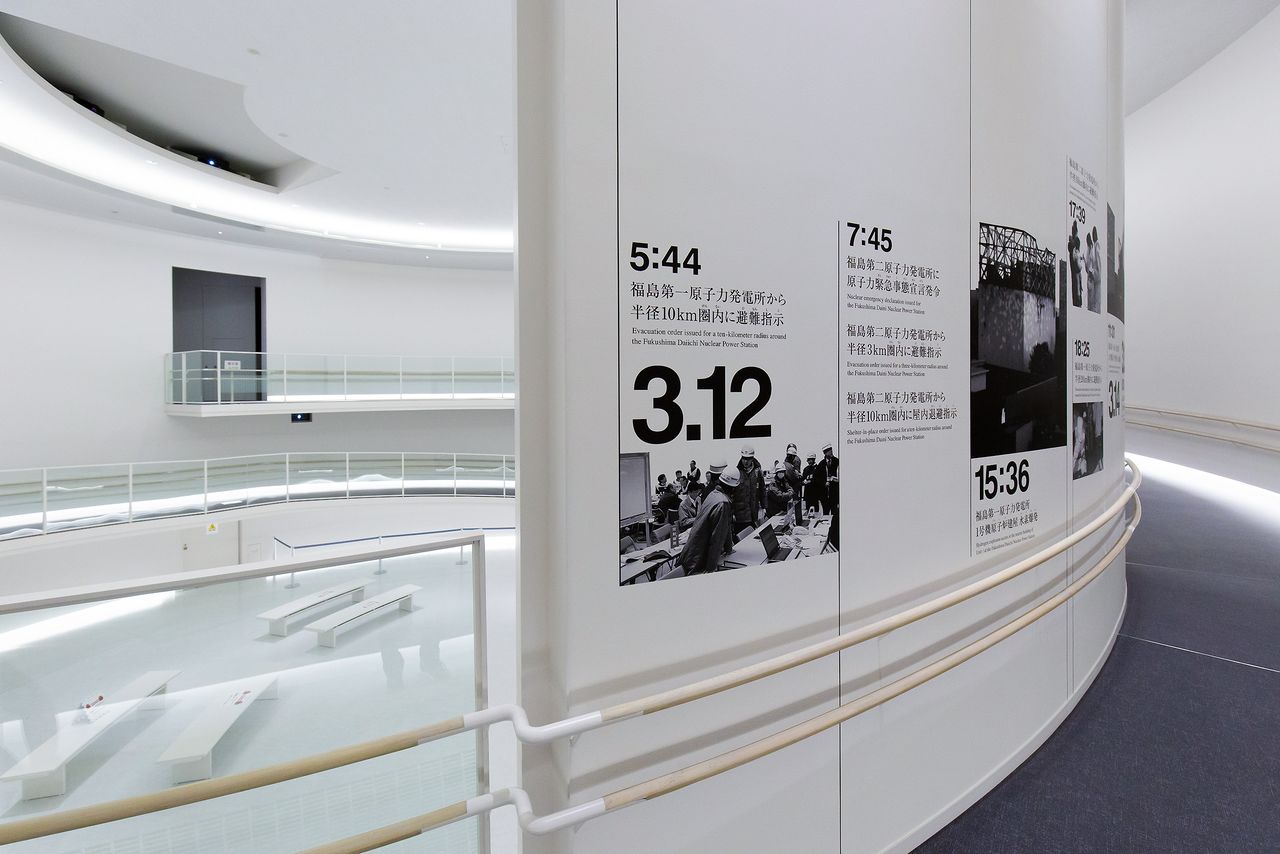 Photographs displayed on the wall of a ramp that curves around the theater. The timeline starts at 1967, when the construction of the first nuclear reactor at Fukushima Daiichi began.

The second level consists of five zones that cover the early stages of the disaster, the immediate response to the meltdown, the perspective of local residents, ongoing effects of the nuclear disaster, and efforts to rebuild. Using a variety of images, graphics, survivors’ testimonies, and statistical information, the exhibition conveys the scale of the tragedy and effects on the areas nearest the nuclear power station. 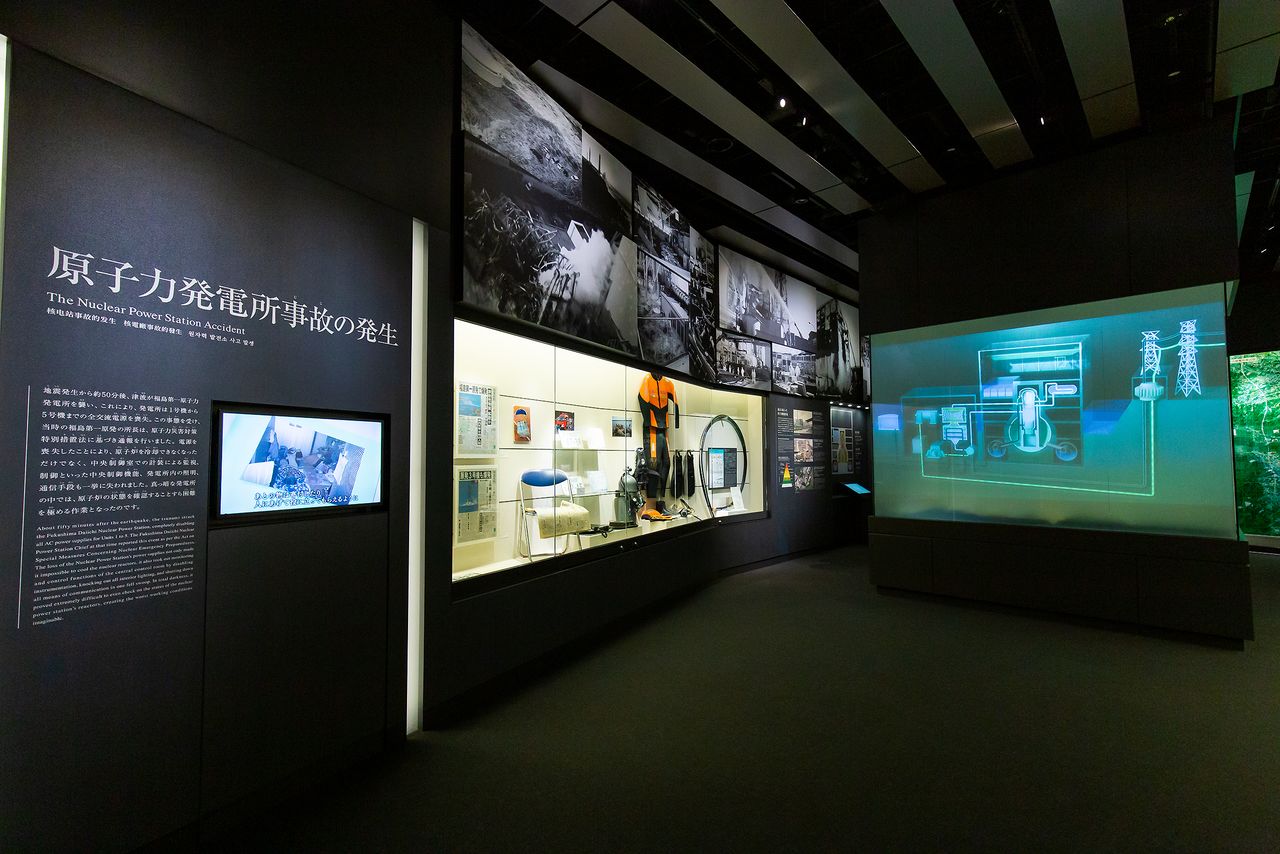 A corner detailing the meltdown at Fukushima Daiichi. 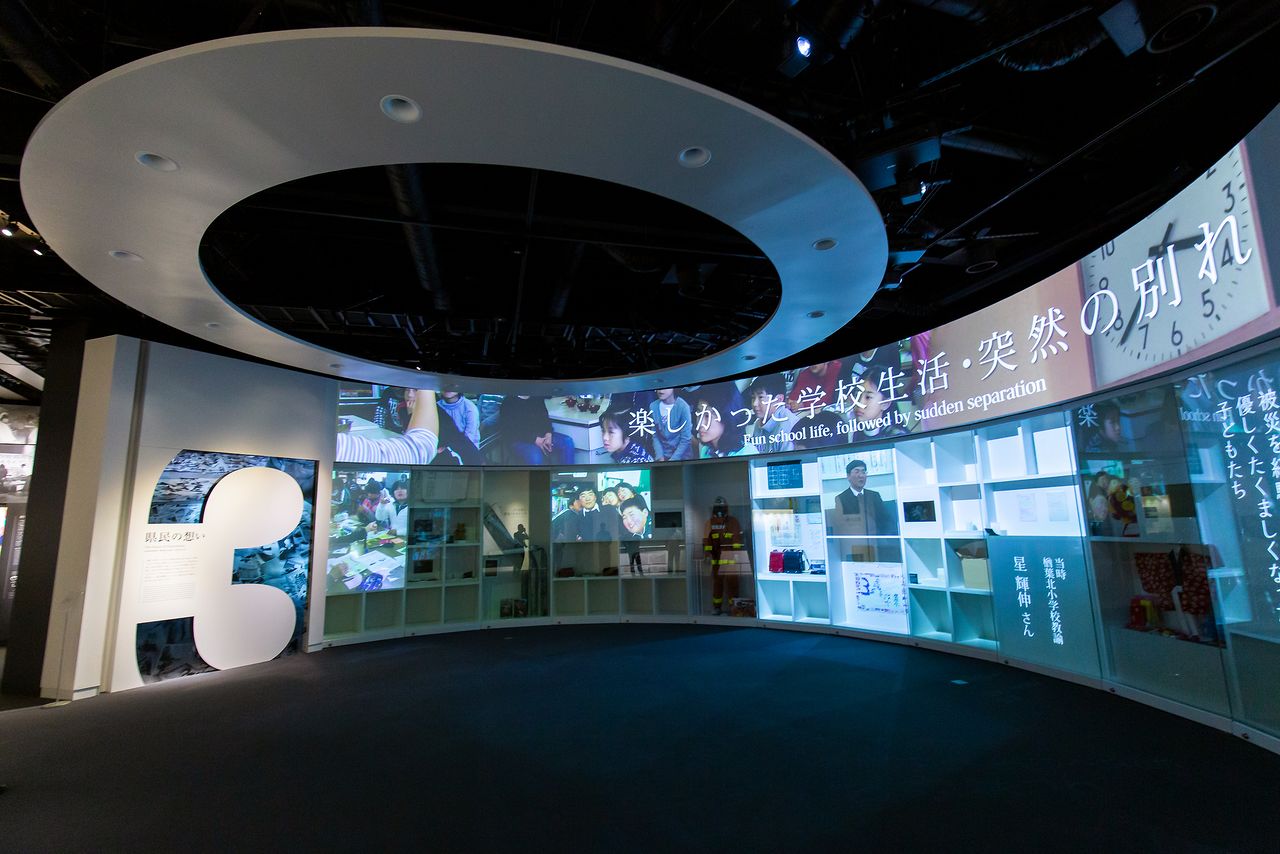 A section of the exhibit displays messages from local residents. 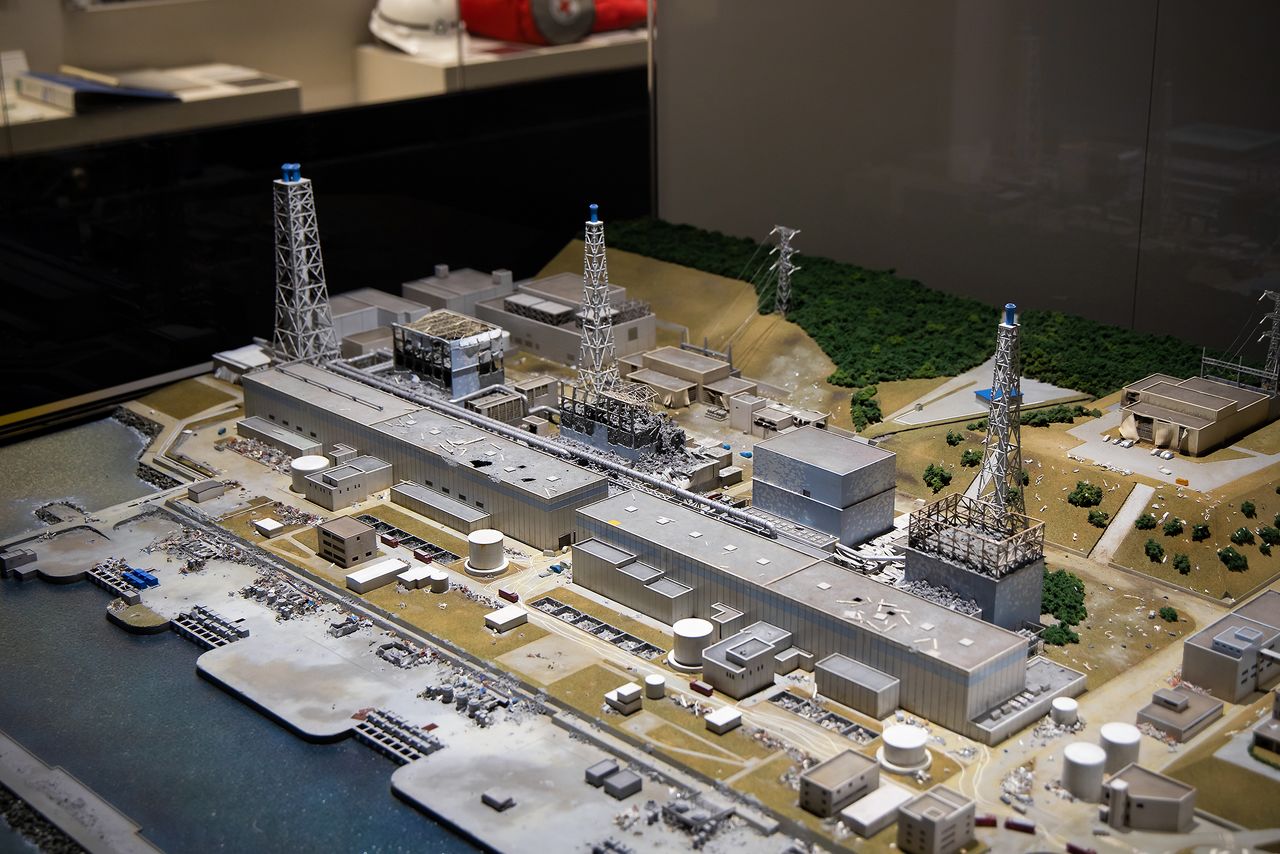 A detailed diorama of the Fukushima Daiichi Nuclear Power Plant recreates the situation at the time of the accident.

A particularly poignant reminder of the disaster is a display of relics that includes clocks stopped at the moment the earthquake struck, possessions found among the rubble, and equipment used at the evacuation centers. The museum has some 240,000 articles in its collection, 150 of which are currently on display, and will be rotate items in accordance with the themes of future exhibitions.

Local residents who experienced the disaster firsthand serve as museum guides. In addition to talking about the various exhibits, they share their personal stories, providing a moving human narrative to the items on display. 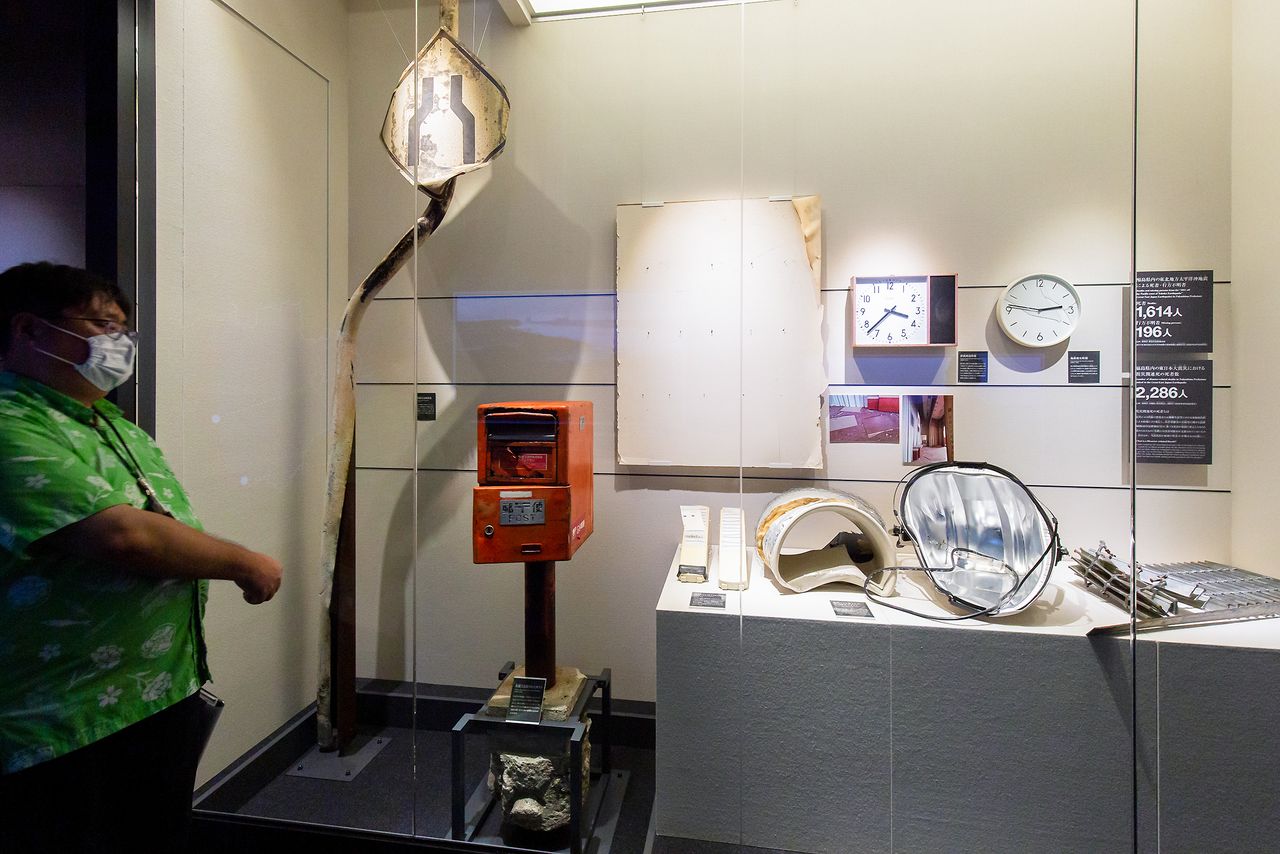 Relics of the disaster on display. The hands of the clock at right are frozen at the exact moment of the earthquake, while that those on clock at left mark the moment the tsunami hit. 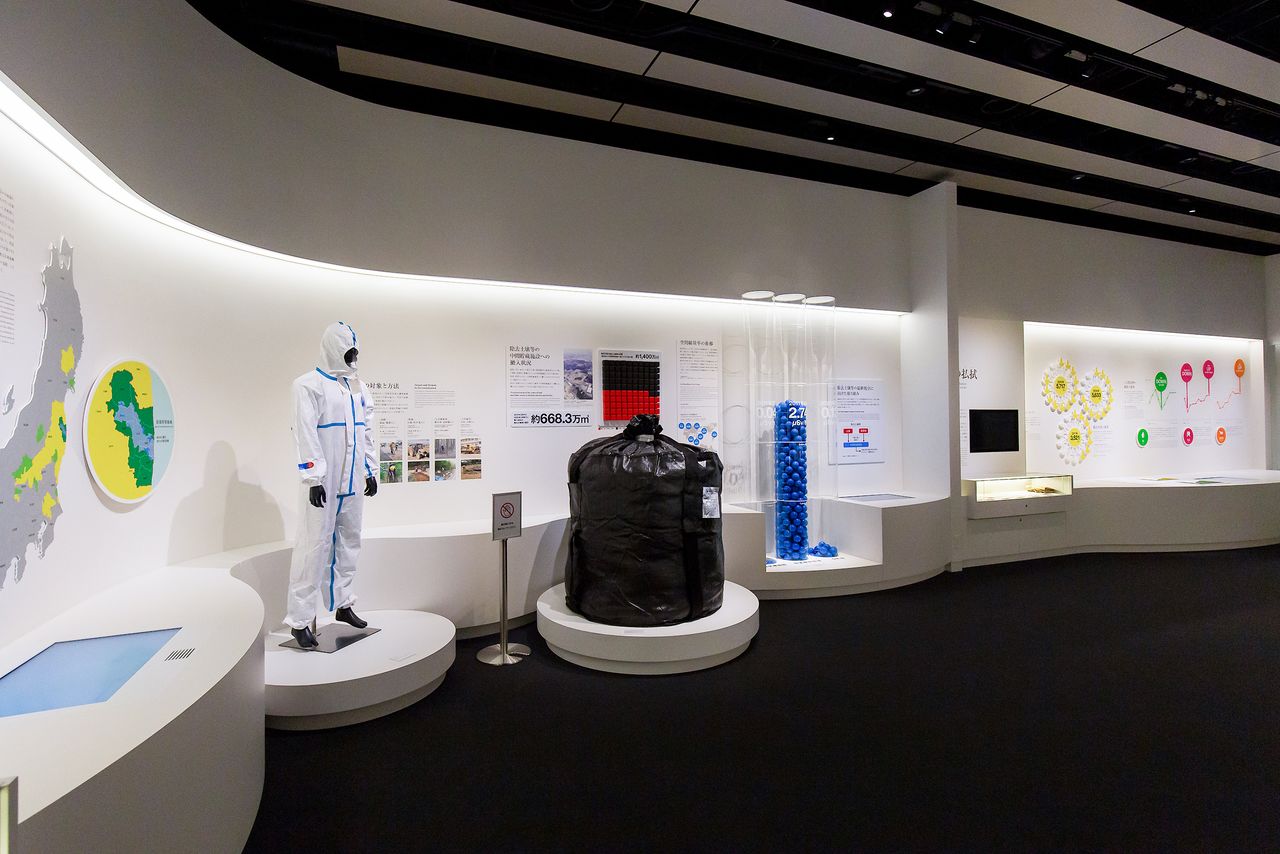 A protective hazmat suit like those worn by workers involved in decontamination efforts is displayed alongside a sack used to hold tainted debris.

Learning the Importance of Vigilance

Nine years on, the impact of the nuclear disaster is still felt by residents of Futaba. Evacuation orders for areas around Futaba Station on the JR Jōban Line were lifted on March 4, 2020, but the majority of the town remains closed to habitation. Current estimates are that it will take up to 40 years to decommission the reactors at Fukushima Daiichi, but it is likely to take much longer for the area to shake the legacy of the nuclear disaster and for life to regain a semblance of the normalcy it once had. 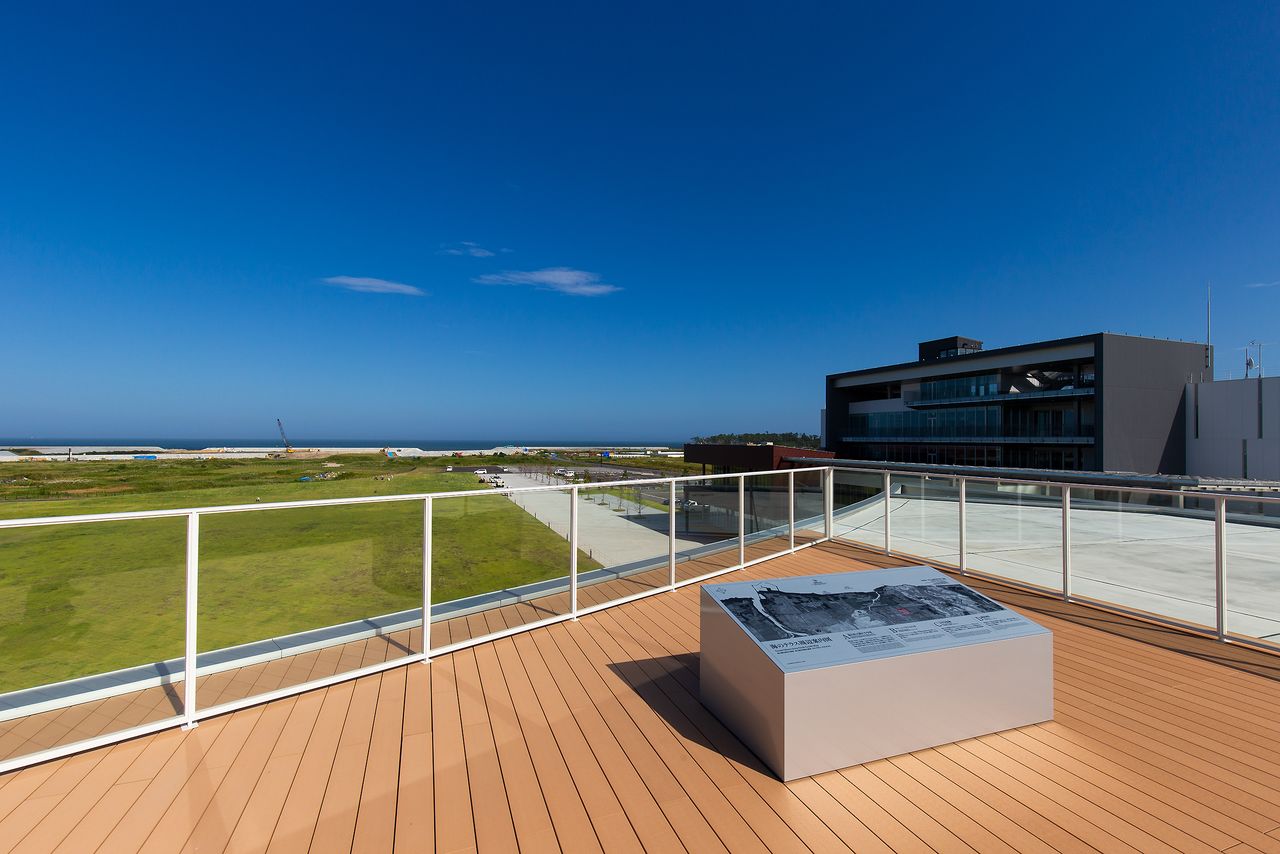 The observation deck on the museum roof offers a view of the massive sea wall running along the coast.

A representative of the prefectural government says the hope is that in addition to the museum’s role as a place to store and exhibit artefacts from the disaster, it will also be a place to learn. As more young people grow up with no memory of 3.11, the facility serves to remind visitors from Japan as well as overseas that calamity can strike without warning and to be vigilant about natural disasters.

The museum grounds also house the Futaba Business Incubation and Community Center, which opened on October 1. The facility is intended for use by local businesses and companies involved in reconstruction efforts. The center contains a food court and restaurant that is open to museum visitors, and it is hoped that together with the museum the site will become a hub for tourism and will help reinvigorate local industry. 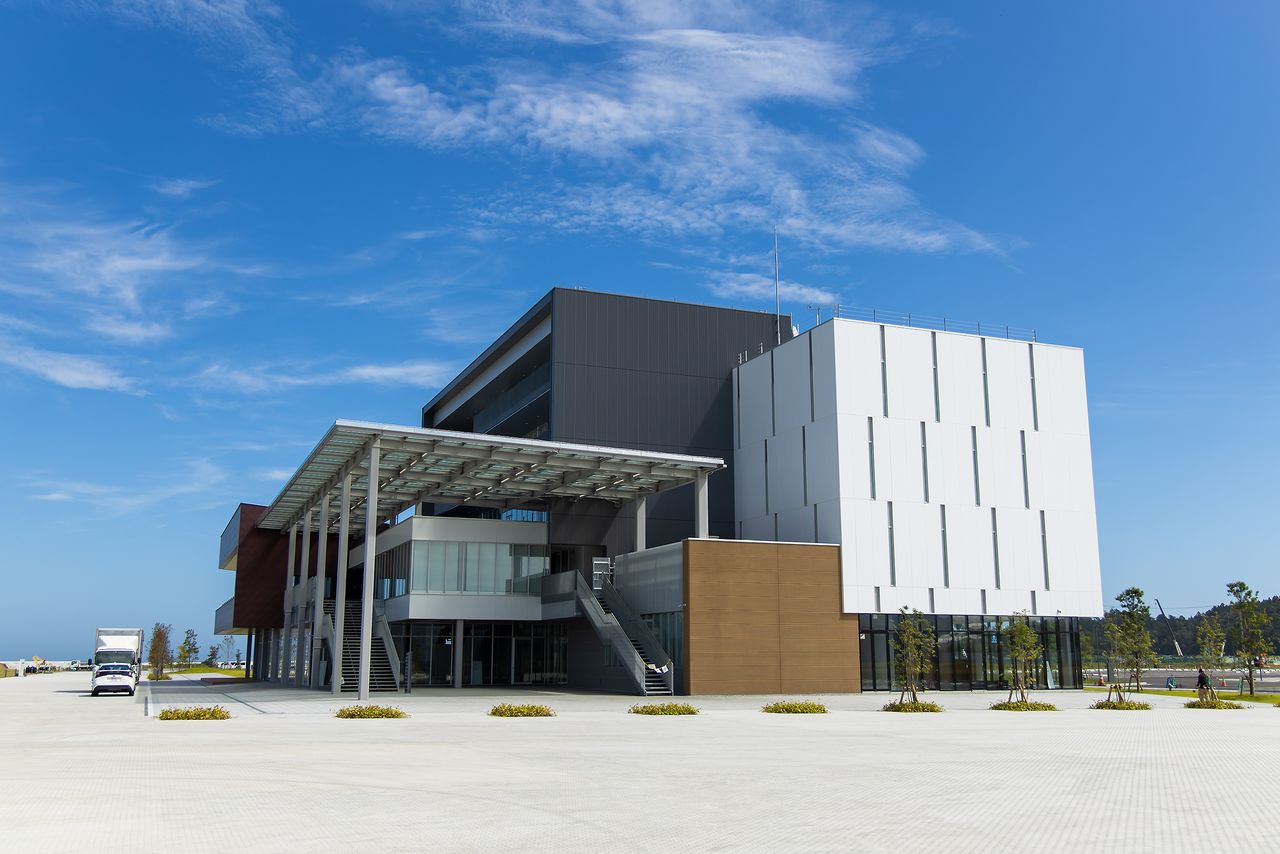 The Futaba Business Incubation and Community Center house the headquarters of a team from the Tokyo Electric Power Company Holdings, the operator of Fukushima Daiichi, tasked with helping rebuild the area. 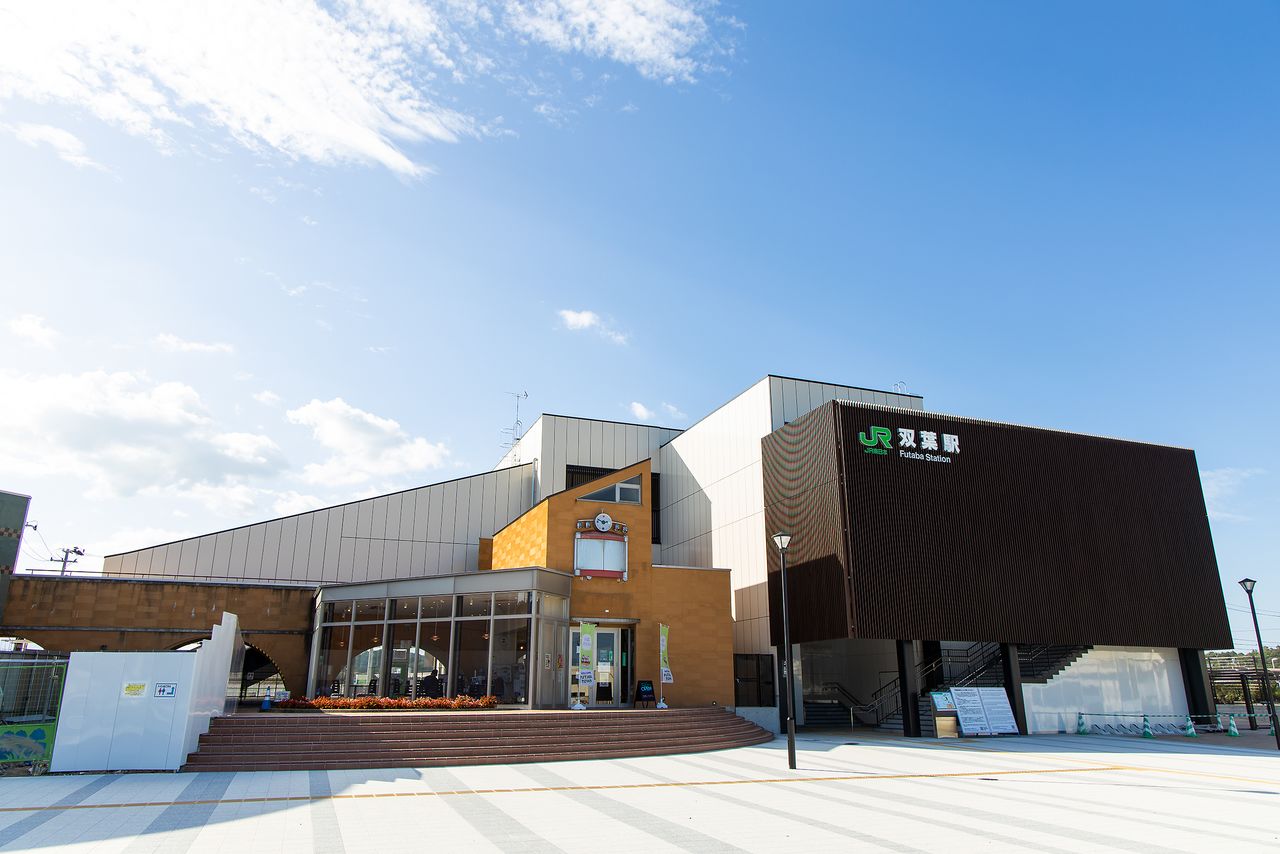