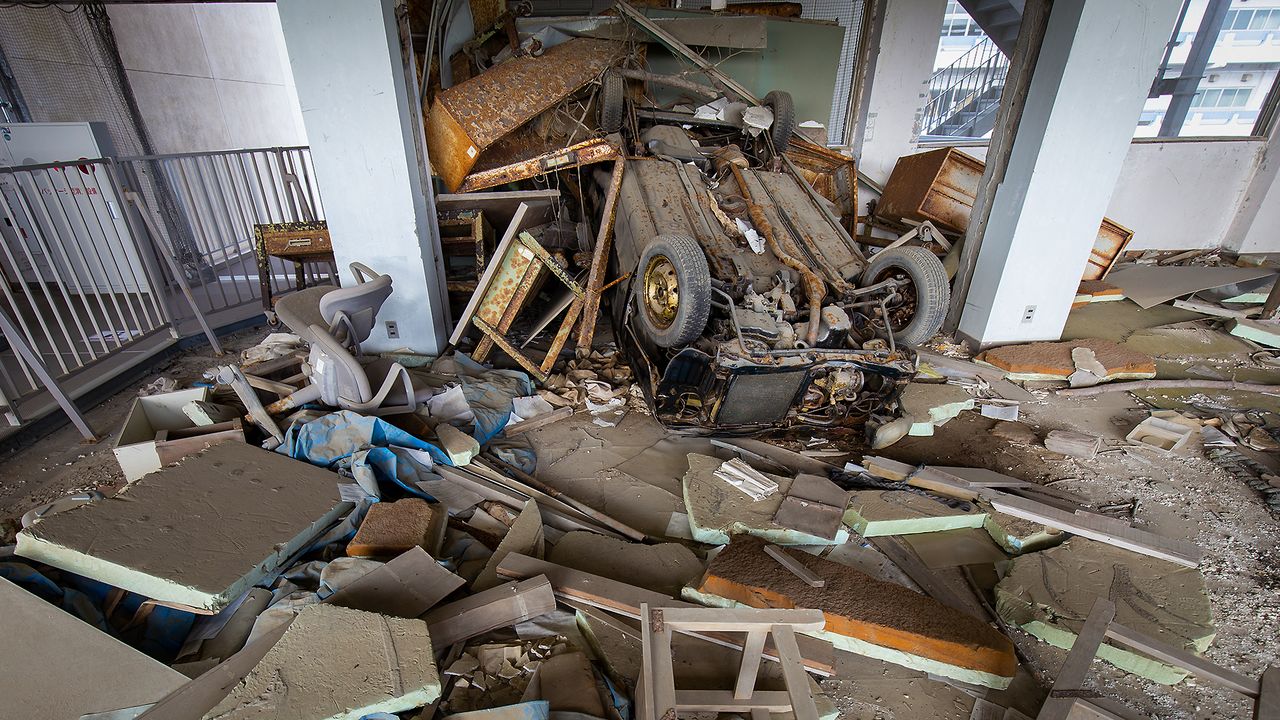 Disaster Travel Dec 11, 2020
A museum in the city of Kesennuma in Miyagi Prefecture commemorates the horrors of 3.11 and shows visitors how to respond during disasters.

A Journey Through Disaster Prevention

Shattered desks and chairs, a crumpled car with its wheels in the air, bent concrete girders. This is the scene in a third-floor classroom of the Kesennuma Kōyō High School.

The old school buildings have been preserved exactly as the tsunami that devastated the surrounding community in March 2011 left them. These together with newly-built exhibition facilities make up the Ruins of the Great East Japan Earthquake Kesennuma City Memorial Museum, which opened to the public on March 10, 2019.

Museum director Satō Katsumi explains that the facility is for people to see the damage wrought by the disaster. “We would like visitors to learn through seeing for themselves exactly what happened on March 11, 2011, and to understand the importance of disaster preparedness.”

There is no museum staff inside the perimeter of the ruins, and nothing has been touched. Since much of the glass in the classrooms and corridors was shattered, there is nothing protecting the interior from the elements. Raindrops wet the debris, snow accumulates inside, strong winds make things move, and weeds grow inside the gymnasium where the roof was washed away. It was a clear day during our visit and the dust swirled in the sea breeze. Contemplating the remains that are gradually weathering away, Satō hopes that the memory and lessons of the disaster not be allowed to fade resonated in our hearts. 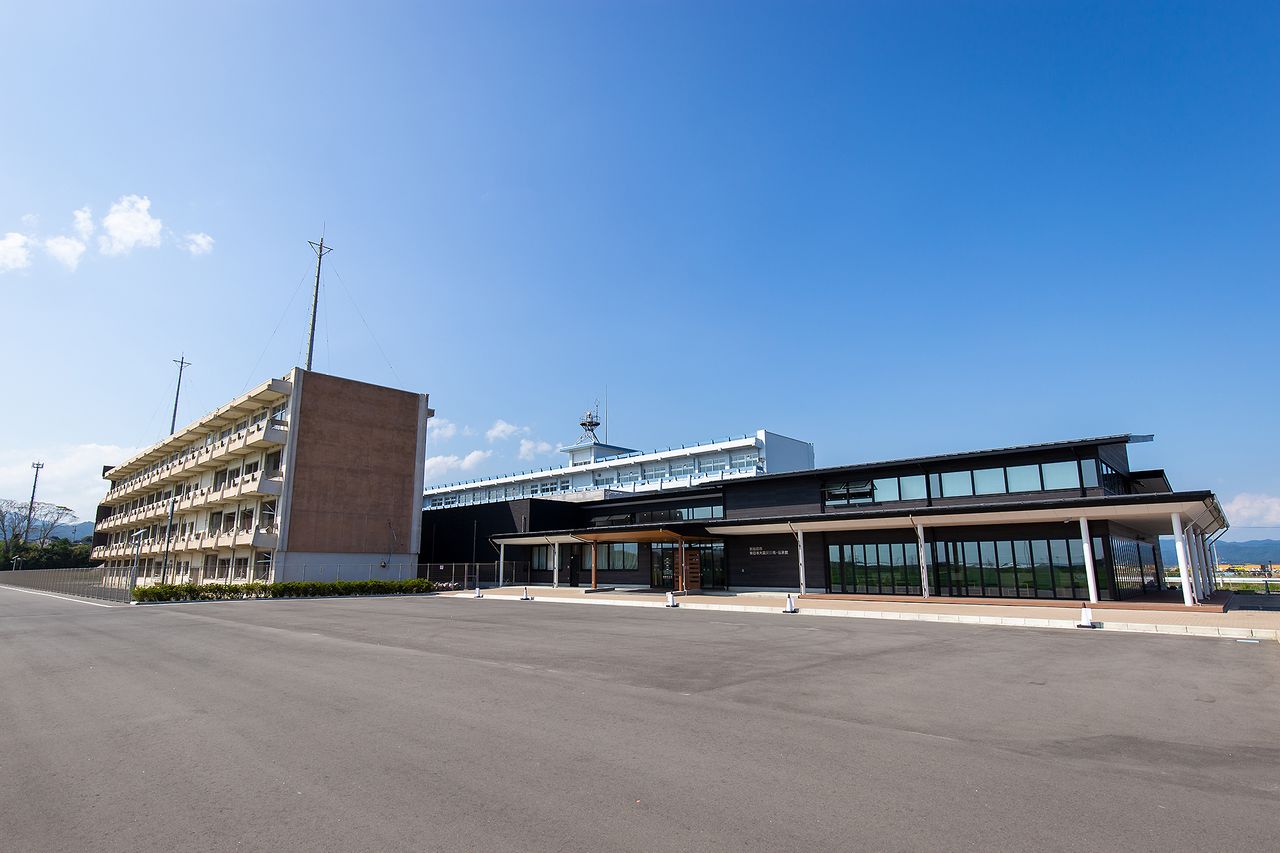 The Memorial Museum was newly built to tie in with the ruins of the Kesennuma Kōyō High School. 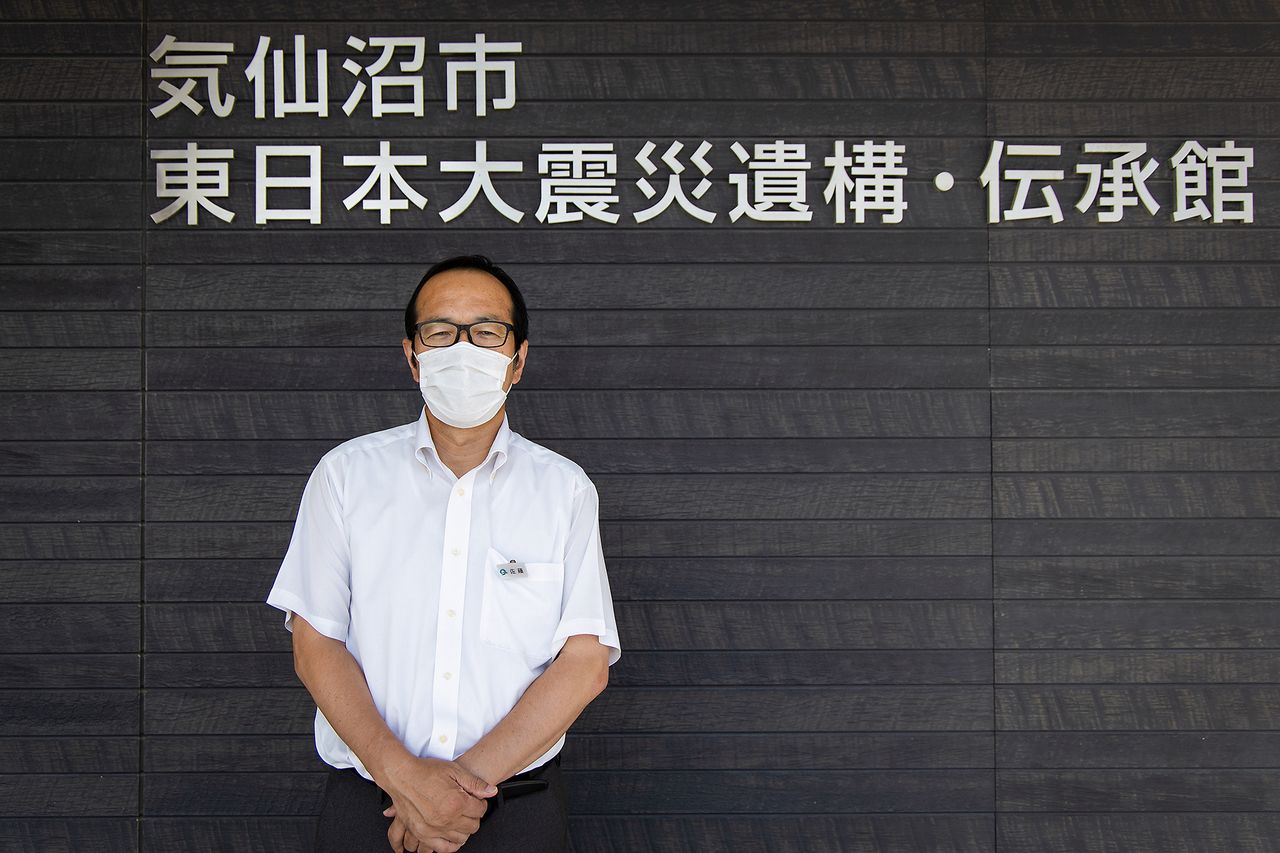 Museum director Satō Katsumi was a municipal employee at the time of the disaster and took part in the removal of the wreckage.

A 12-Meter Wall of Water

The Great East Japan Earthquake and its aftermath claimed the lives of 1,152 residents of Kesennuma, not including the 214 souls who are still recorded as missing. Almost all the buildings in the Hajikami district, where the high school is located, were swept away by the tsunami. The old school buildings remain standing, but ruined and filled with debris, they offer testimony to the horror of the tidal wave. Miraculously, all of the students at the school, some 170, were able to flee to safety, and even the teachers and contractors who stayed at the school were safe.

After seeing the commemorative movies and photos of the disaster at the newly built memorial museum, visitors can wander through the structural remains of the disaster. The route starts with the south building that faces the sea, the side hardest hit by the wave, and takes visitors down the corridors with no glass in the windows, allowing them to look into the devastated classrooms. Seeing the destruction up close, it is hard to imagine that pupils actually had classes there in the past. 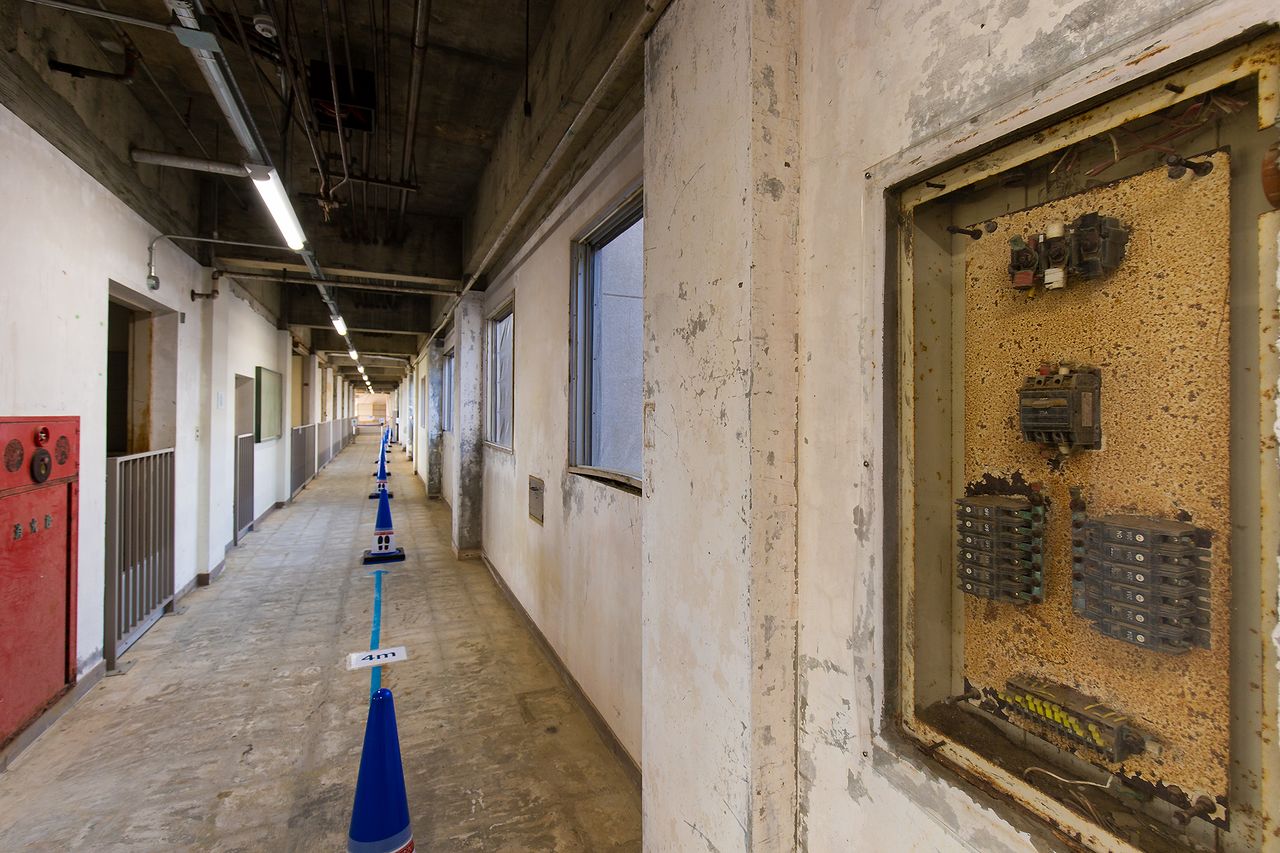 A hallway of the Kesennuma Kōyō High School. As part of COVID-19 measures, poles have been put in place in the corridor so that visitors can respect distances. 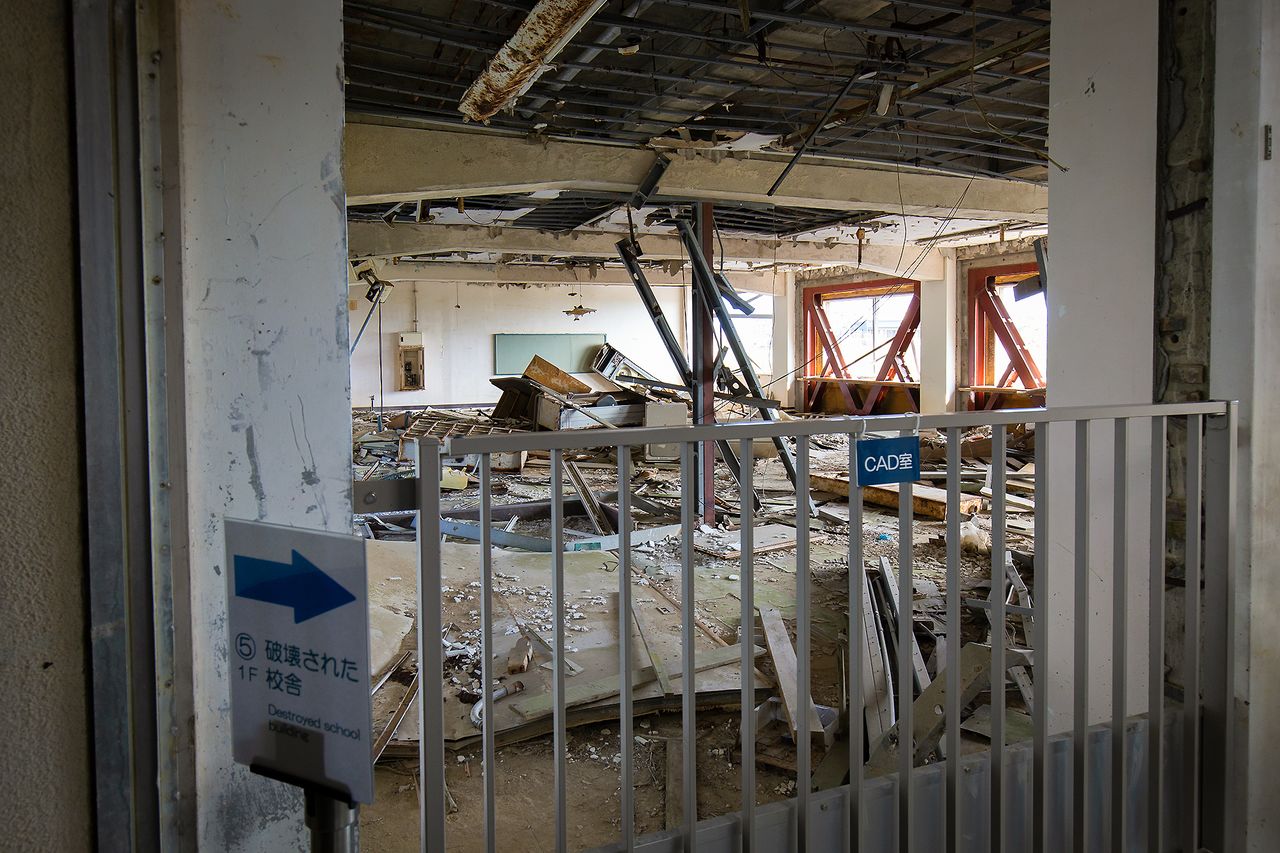 The remains of the school’s computer-aided design laboratory for mechanical engineering studies.

The third floor is eight meters above ground, and the sight of the overturned car tells its own tale of the terrible power of the tsunami. The rust on the underside of the metal letter cases left on the fourth floor shows that the flooding from the tsunami reached a height of 12 meters. 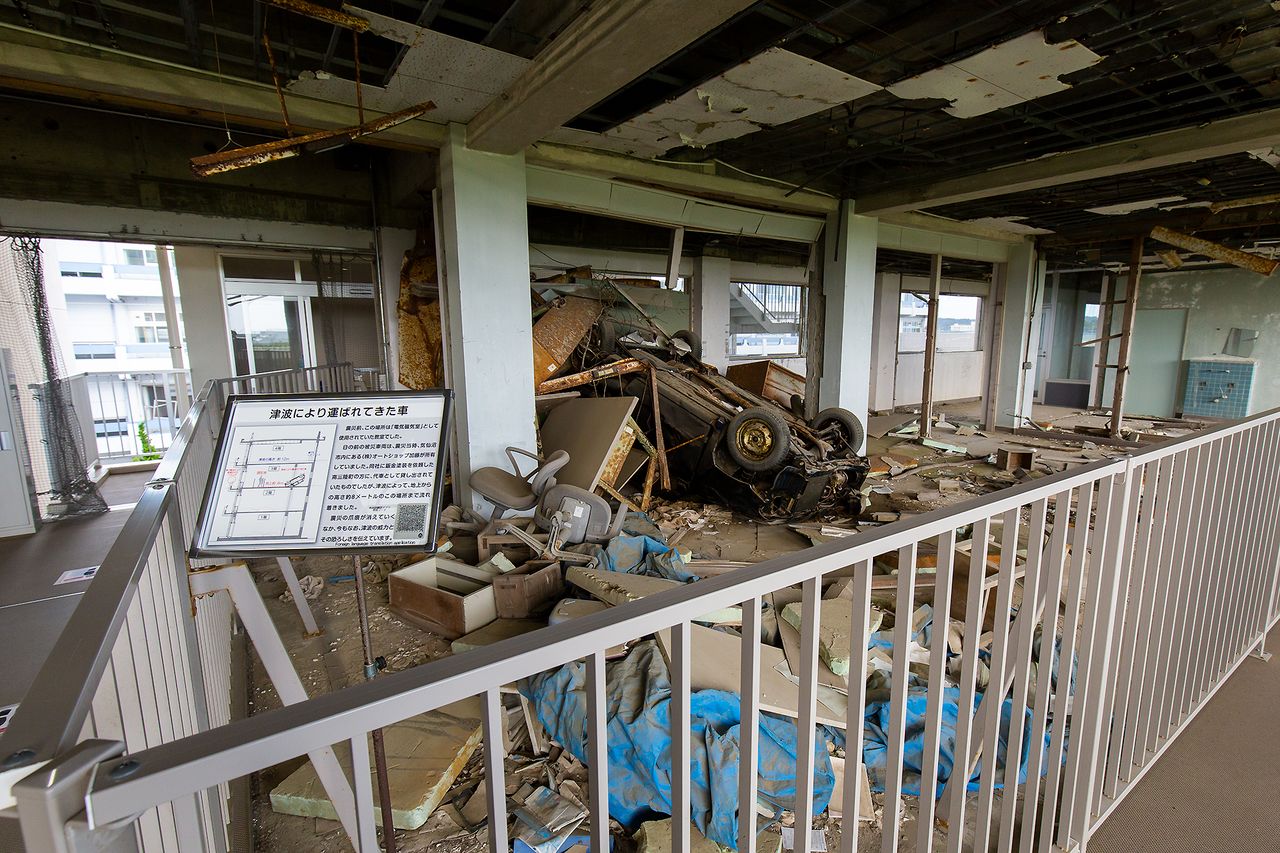 A car washed away by the tsunami settled on the third floor of the school. Information throughout the museum is available in Japanese, English, Chinese, Korean, and Indonesian. 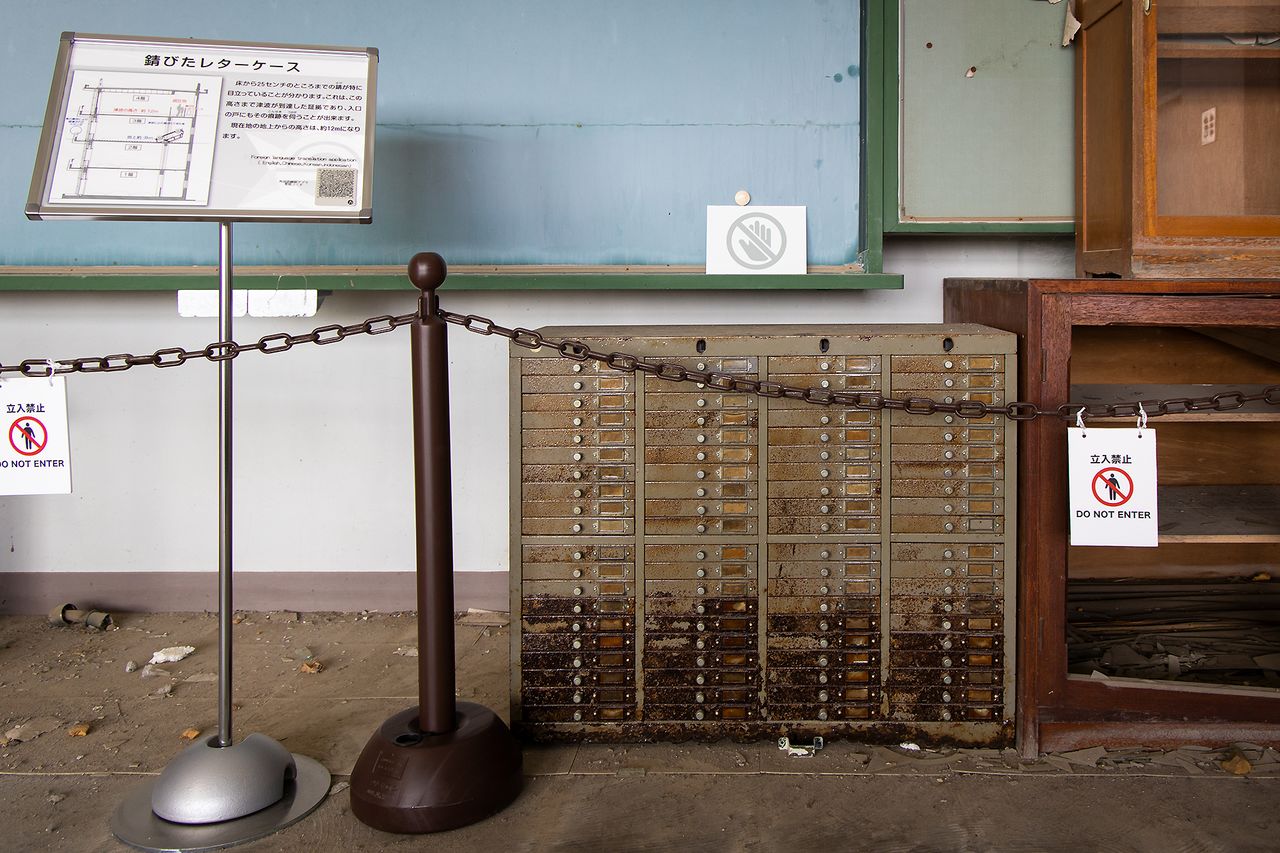 The letter cases on the fourth floor rusted to a height of 25 centimeters from the tsunami flooding.

Destruction at Every Turn

From the rooftop of the school it is easy to see the topless gymnasium of the school. Nearby set a jumble of desks. As the tsunami hit, those seeking to escape piled these on top of one another to climb to highest part of the building. The scene is reproduced too, and it is thought that the reason the tsunami did not reach up all the way to the roof was that it was weakened by the two large refrigerating plants on the sea side of the school.

Stepping outside from the first floor, visitors can see for themselves the mark it made as it hit the corner of the fourth floor. The information panel explains that in a twist of fate, it shielded the school building from the full brunt of the tsunami, leaving the structure badly damaged, but intact. 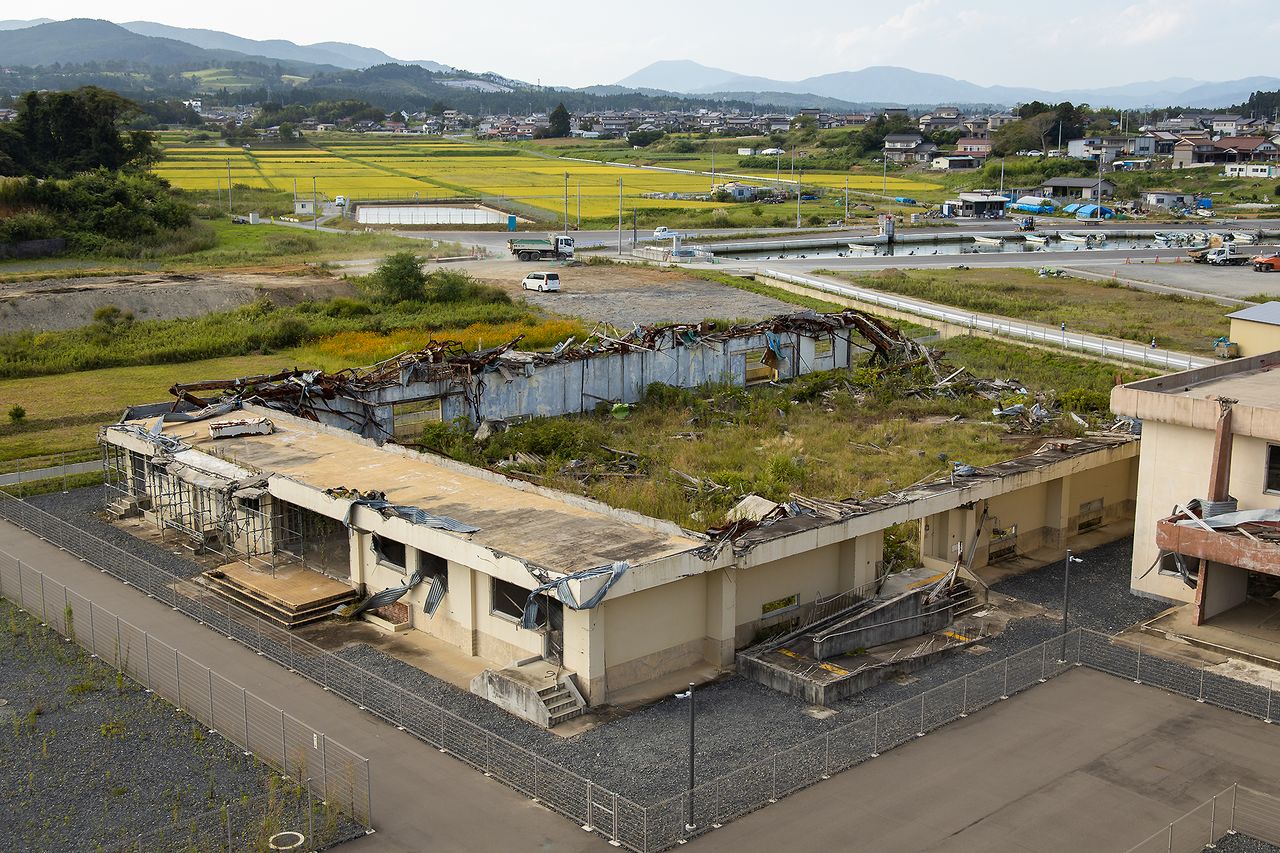 Weeds flourish on the floor of the roofless gymnasium. 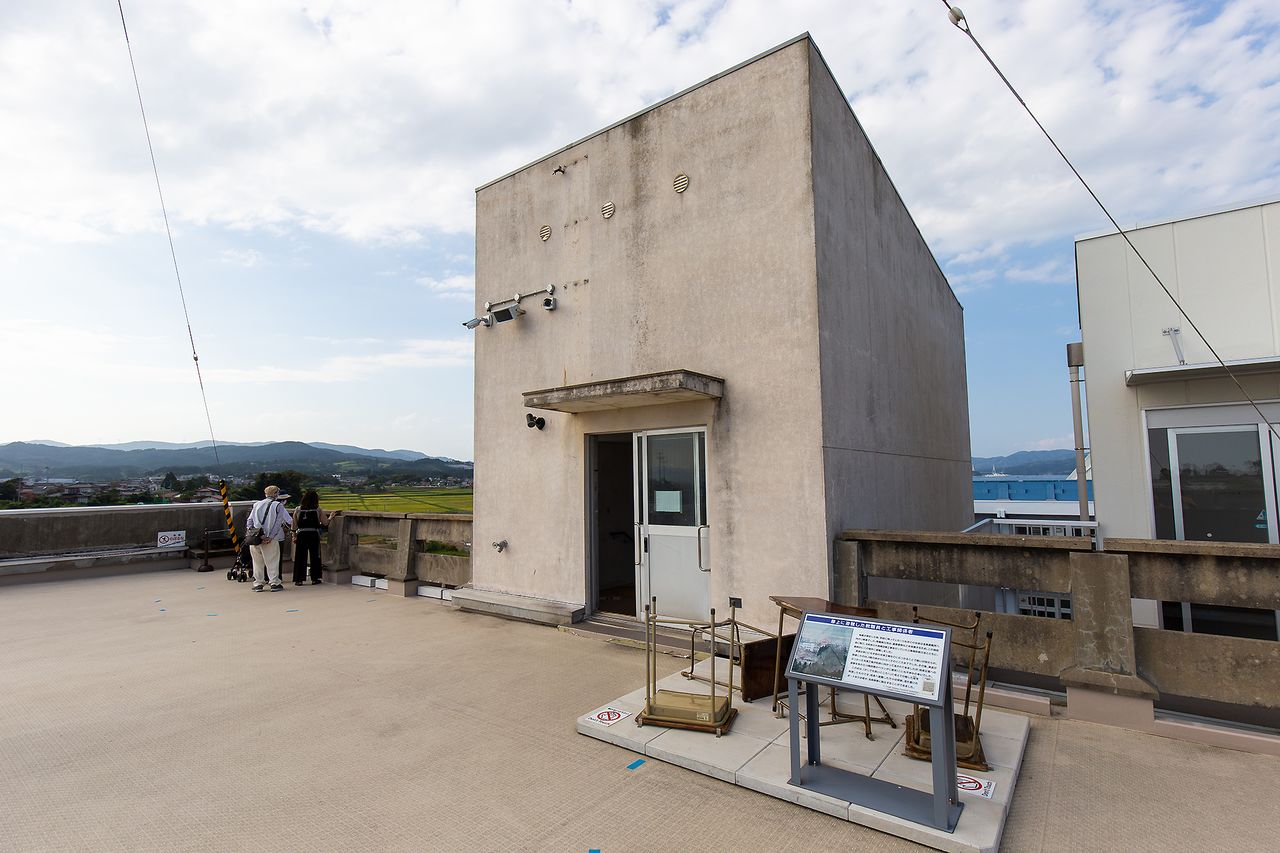 Five desks scattered in front of the roof tower tell of the desperation of the survivors. 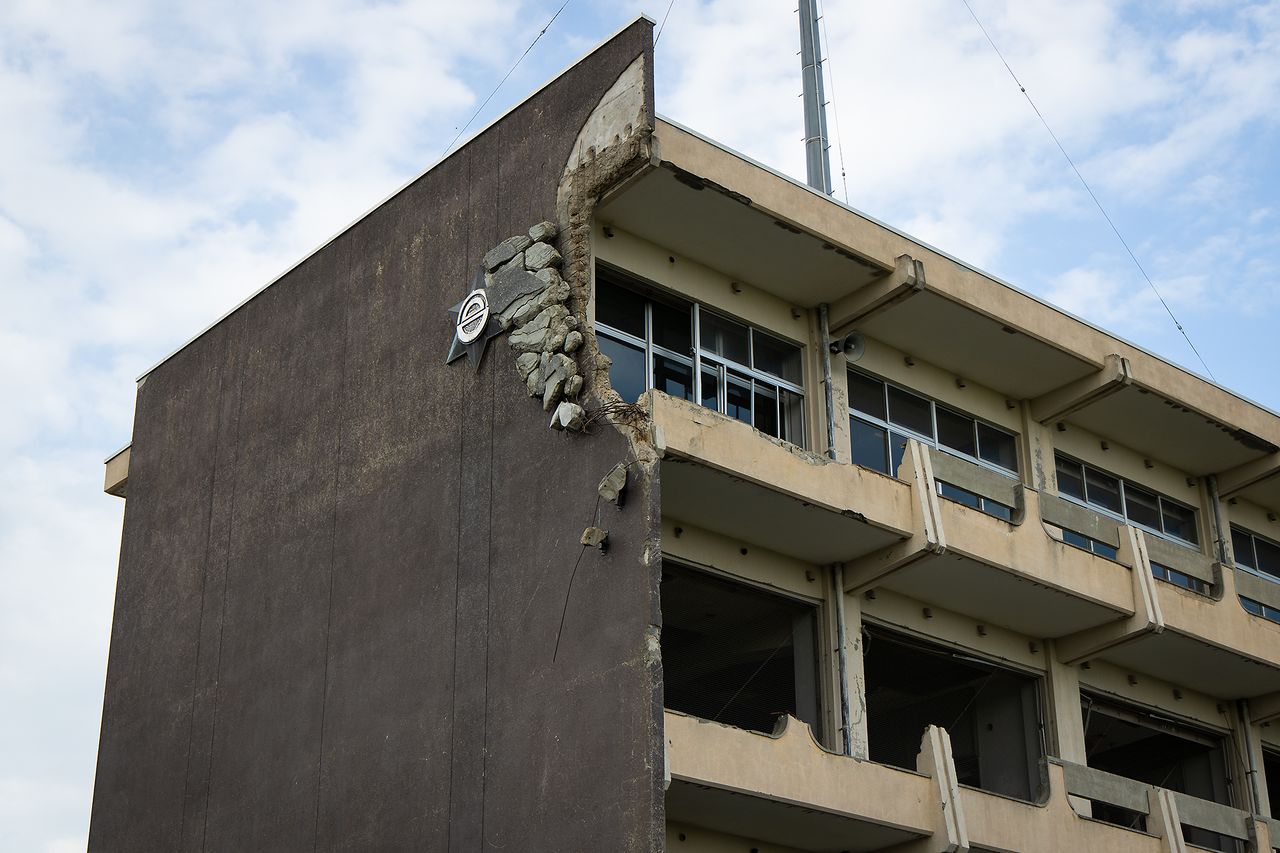 A broken section of wall marks where the refrigerating plant impacted.

Walking between school buildings reveals a car piled up on top of the wreckage. Apparently, two people were also washed to this spot, complete with the roof they were on, and were rescued unharmed. The corridor of the north building is decorated with photos of school activities from before the earthquake. The contrast between the carefree smiling faces and their orderly classrooms and the building devastated by the tsunami is stark and tragic.

The return route from the disaster ruins to the memorial museum passes by exhibits on the rescue activities and lives of evacuees. There are also videos showing the thoughts of those who lived through it all as well as displays stressing the importance of life. 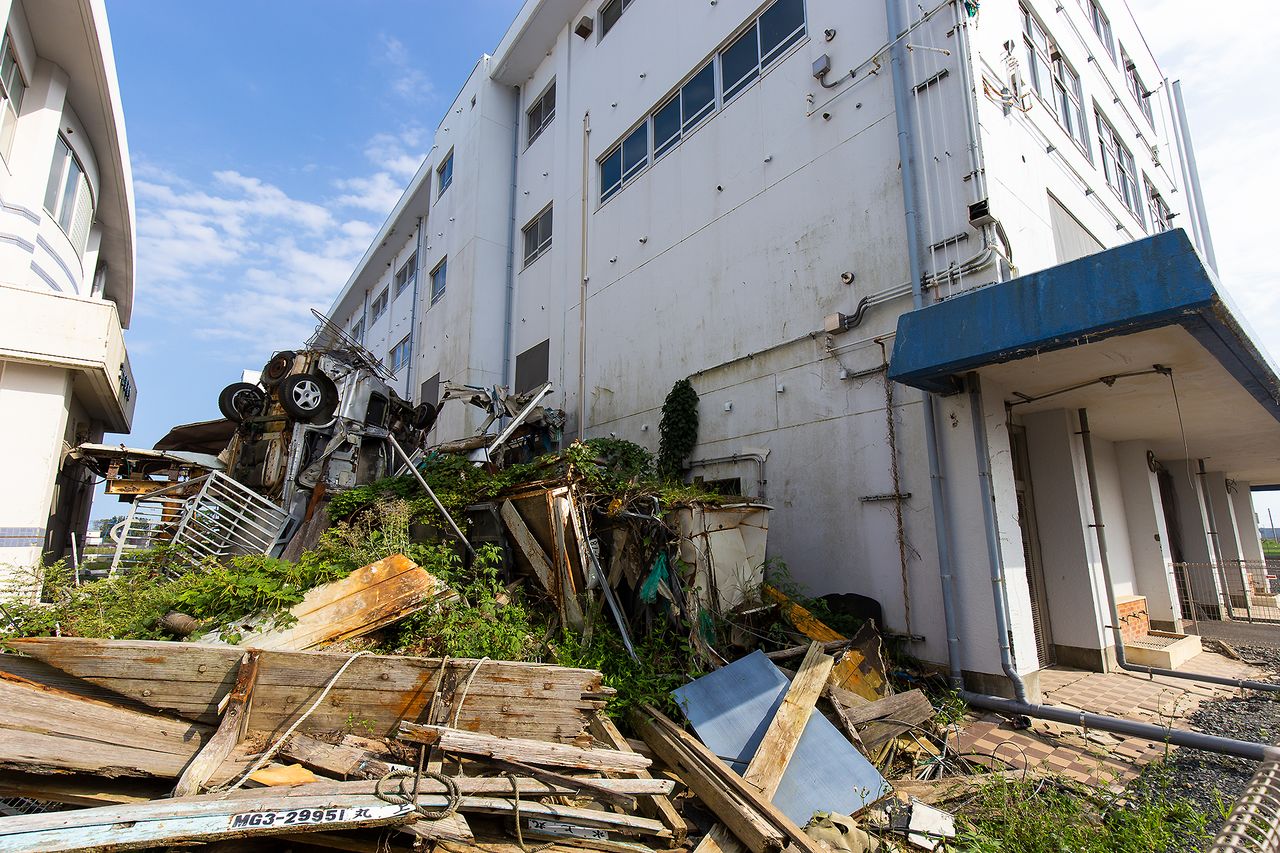 Cars and wreckage piled up in the passage between school buildings. 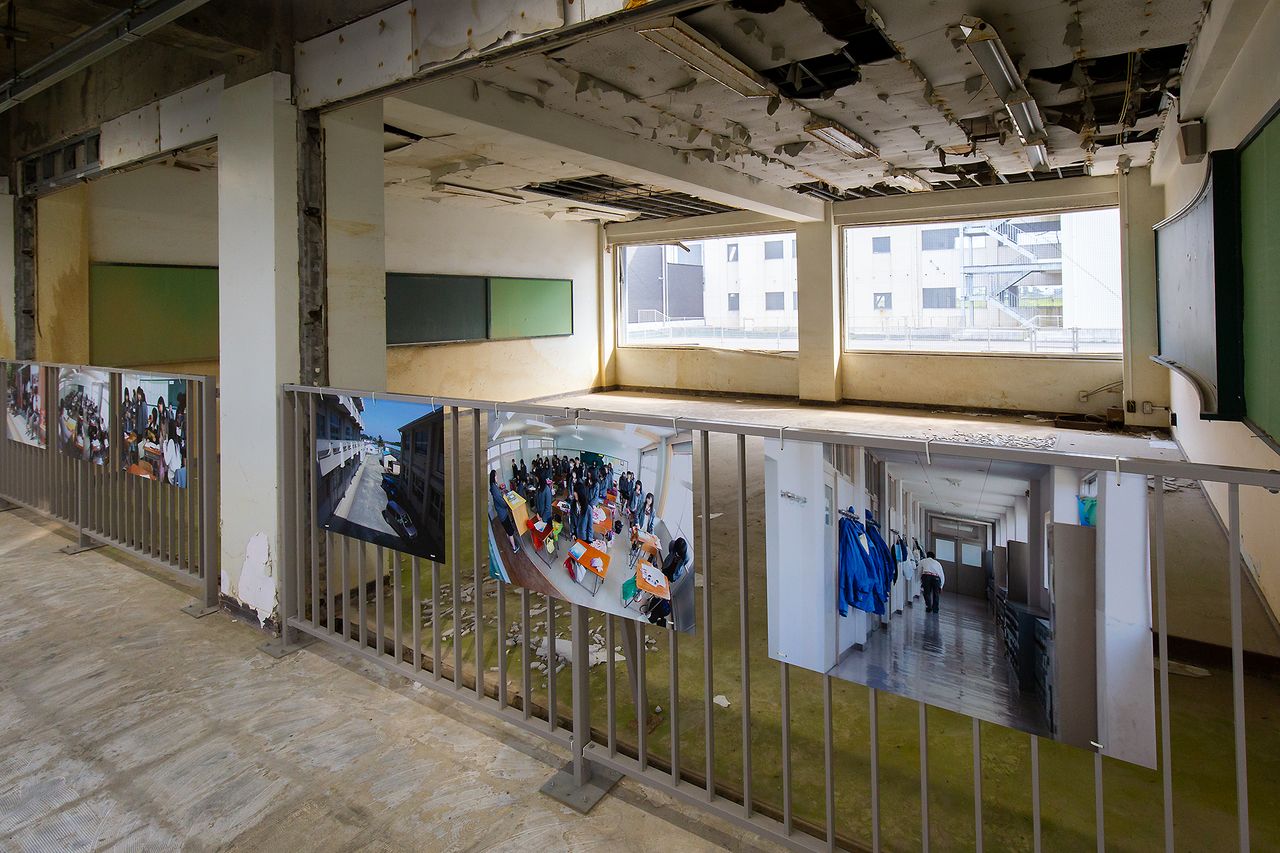 Taking a good look at the horrors of the tsunami, the fact that all of the students from the high school escaped is nothing short of a miracle. Satō says that there had always been a high level of disaster awareness at the school, and the evacuation drill had been well rehearsed. 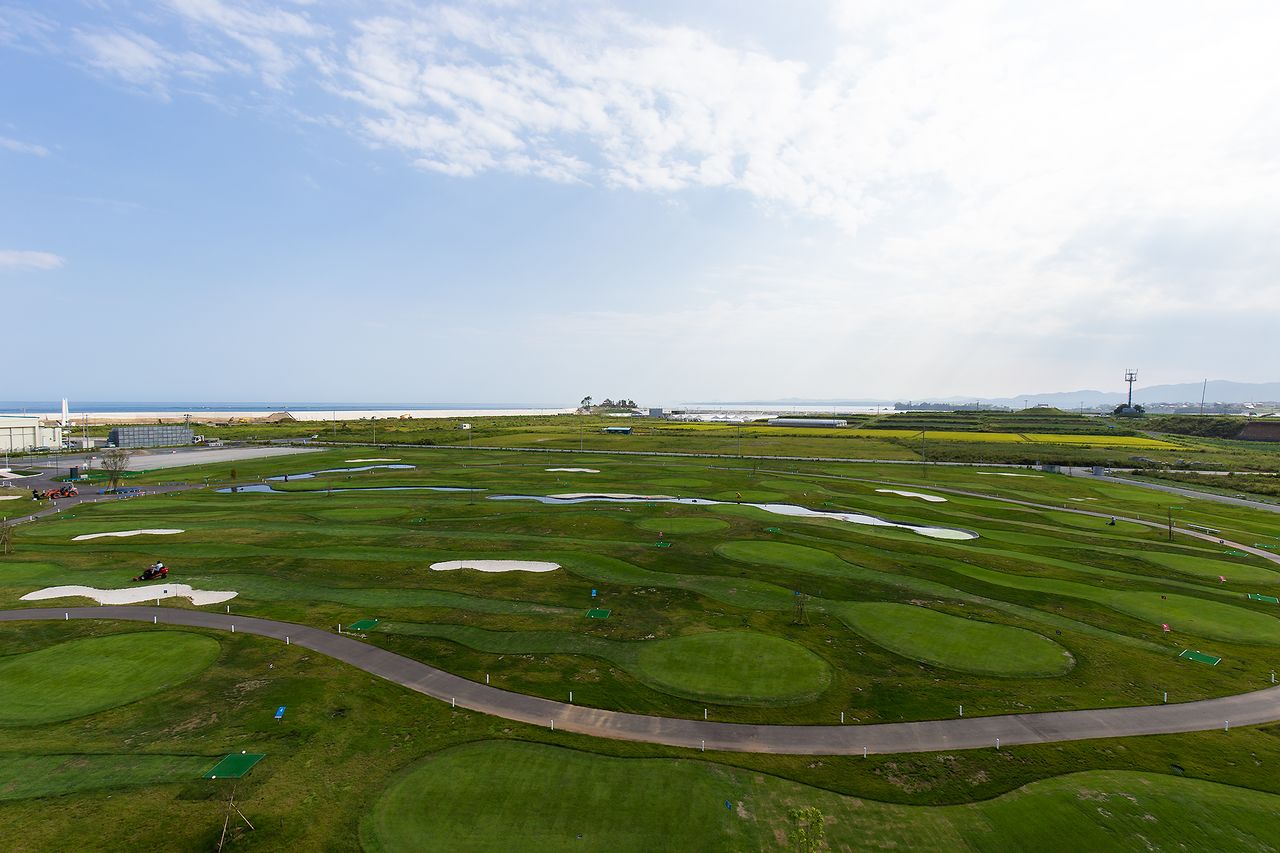 The former school grounds have been turned into a golf course and park. There are virtually no buildings until the seawall along the coast.

Incredibly, there are no photos or videos from the evacuation. Satō insists that the students and teachers were desperate to evacuate, and it never occurred to them to snap a photo or shoot a video on their phones. “The only thing that mattered was going higher and as far away as possible.”

Since opening in 2019, the museum has welcomed more than 100,000 visitors, a remarkable figure amid a pandemic. The museum is also out of the way, standing 20 minutes away on foot from the Rikuzen Hashikami stop of the JR Kesennuma Bus Rapid Transit Line. Despite the distance, quite a few people take the BRT bus rather than come by car. Satō recommends visitor walk the evacuation route taken by the students, which he says provides a better idea of their ordeal and the importance of evacuation. 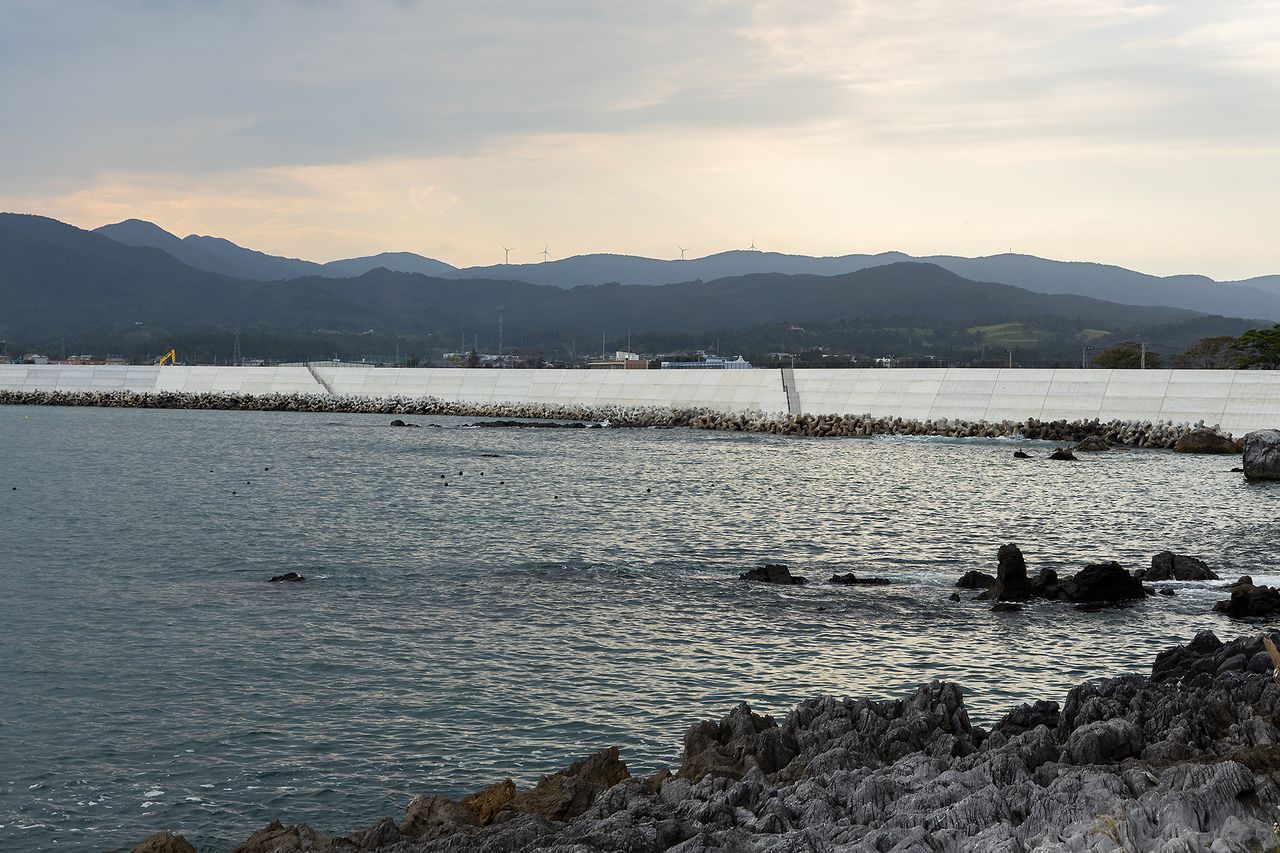 Looking across to the Ruins of the Great East Japan Earthquake Kesennuma City Memorial Museum (center) from the Iwaisaki scenic spot. A continuous high breakwater is being constructed along the coast. 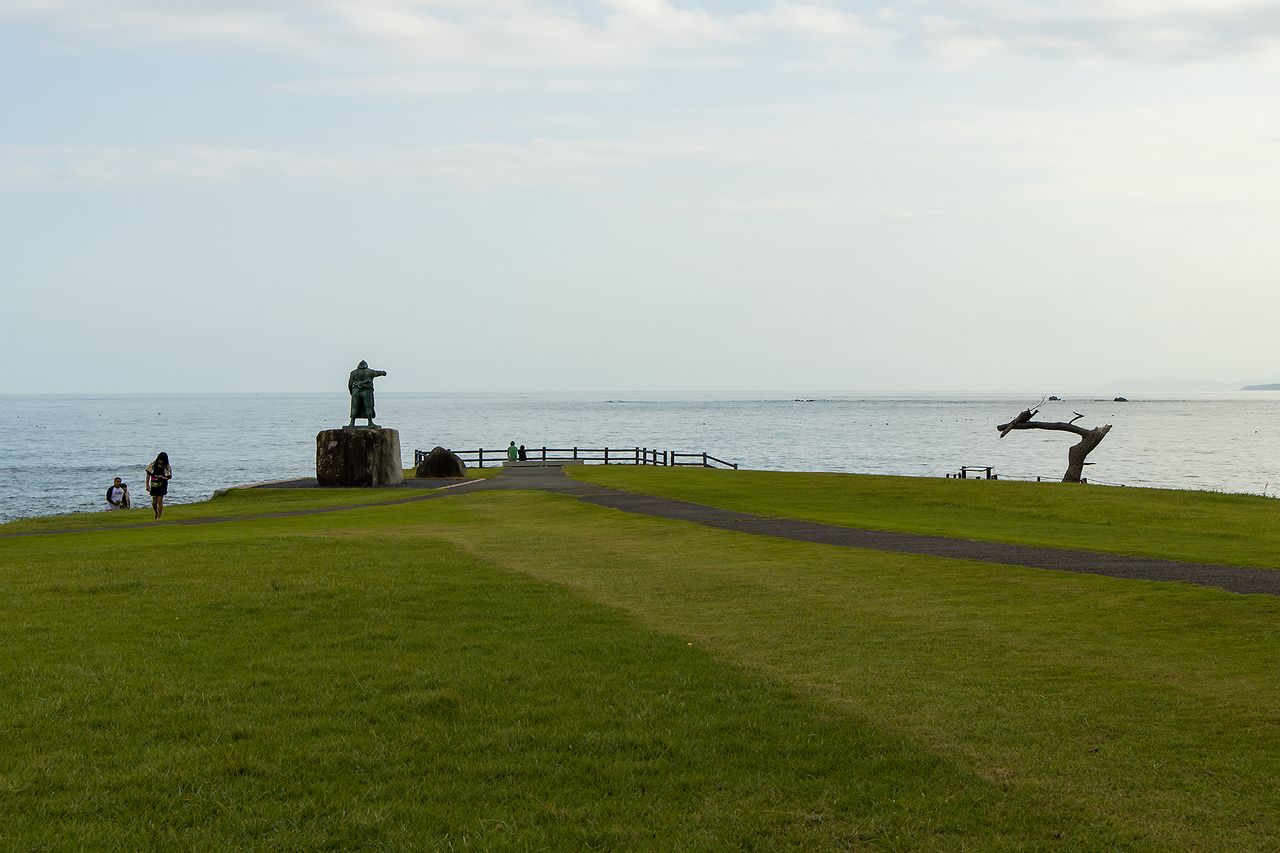 The statue of ninth yokozuna Hidenoyama Raigorō and the dragon pine tree that survived the tsunami in Iwaisaki, which stand as the symbols of the revival of Hashikami area.