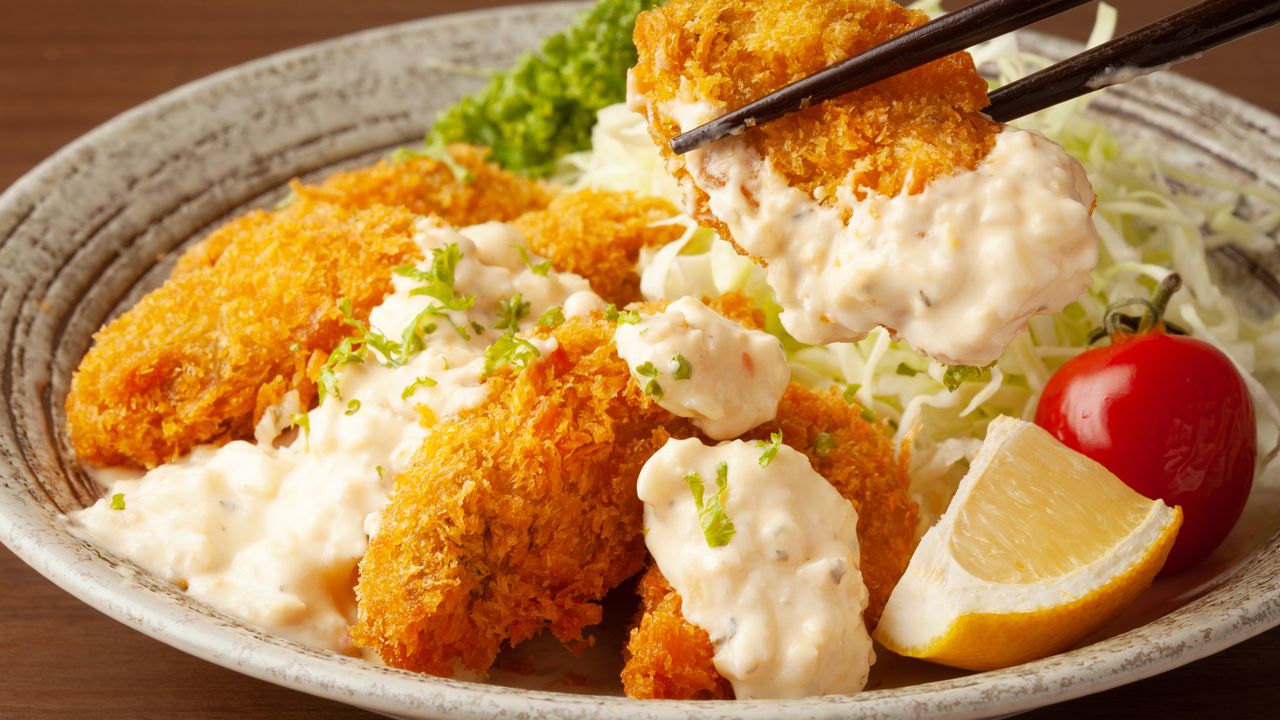 Food and Drink Feb 5, 2021
Japan’s autumn-winter fishing season is seeing poor catches, but oyster harvests have been favorable. Although home oyster consumption has dropped in recent years, producers and suppliers have high hopes that house-bound consumers may turn the tide.

In Japan, oysters are nicknamed “milk of the sea” owing to their color and nutritional properties. The oyster season is currently at its peak, with harvest well underway in Hiroshima Prefecture, Japan’s premier oyster production region, and other localities. The succulent mollusks should be available at a reasonable price until early spring.

Shipments of shucked oysters from areas such as Hiroshima and Iwate were higher from October to December than in 2019, reducing the market price by around 20%, according to the spokesperson of a seafood wholesaler at Tokyo’s Toyosu Market (which replaced the famous Tsukiji fish market). One seafood buyer remarked that, although many seafoods are in season during autumn and winter, catches of Pacific saury, salmon, and squid have been poor, which drove up prices. In contrast, the bountiful oyster harvest offers a bonanza. 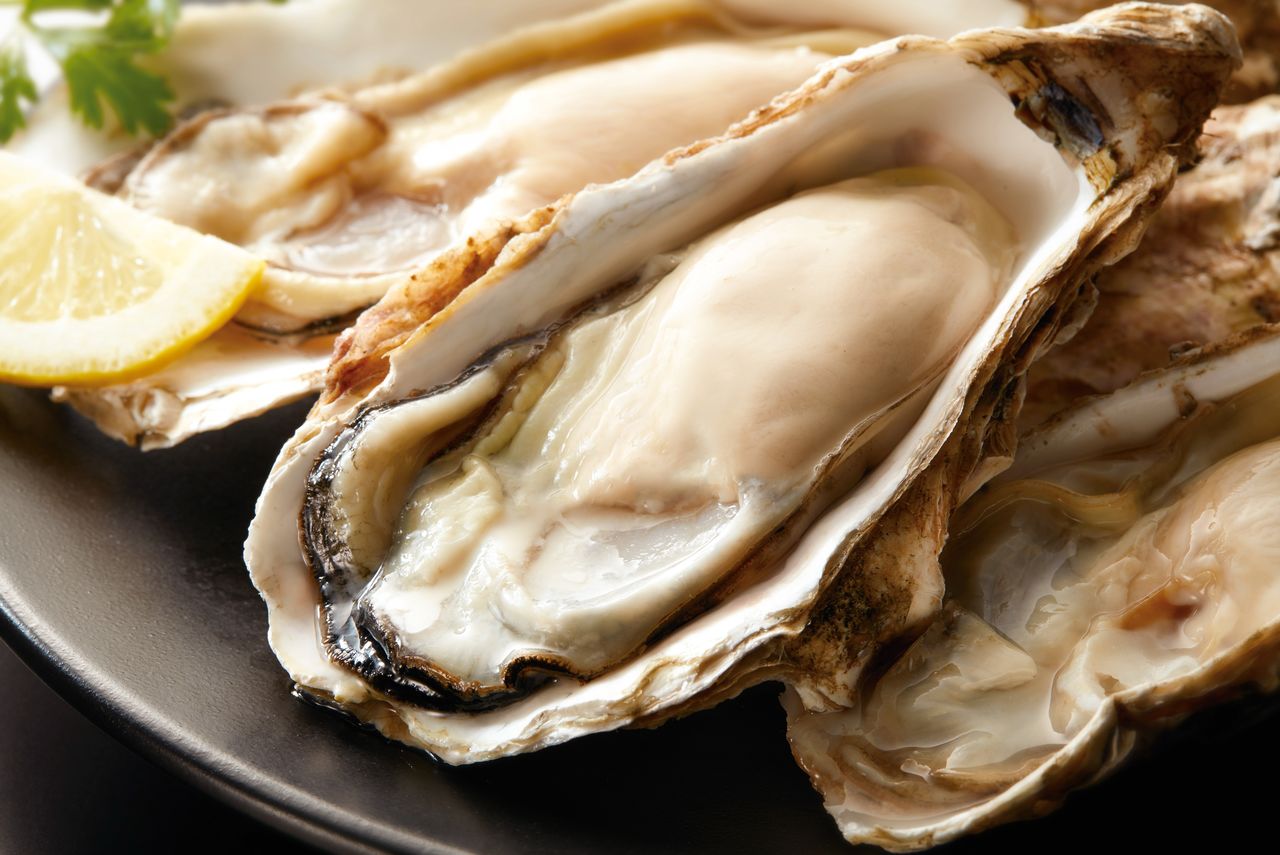 Oyster harvests are proving favorable, and prices are lower than last season. (© Pixta)

Oyster consumption is on the decline across Japan. Ministry of Internal Affairs and Communications​ figures show that, in 2019, the average household (two or more persons) purchased around 420 grams of oysters, over 30% less than 10 years ago. In fact, household oyster consumption has more than halved in 20 years. 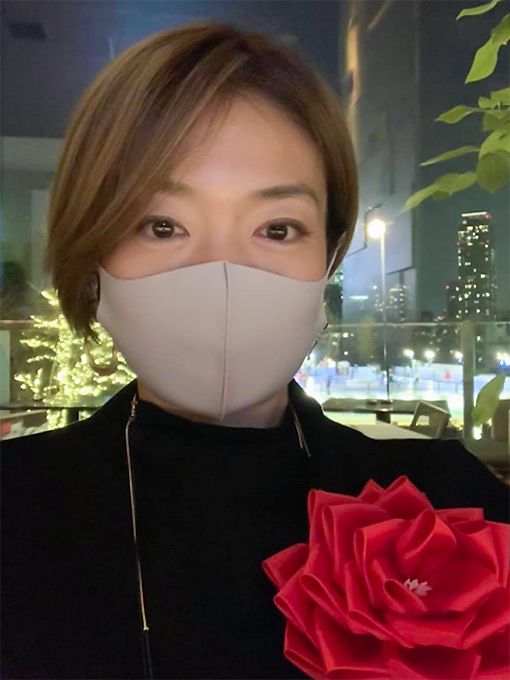 Why are fewer Japanese eating oysters? Izumi Shōko, head of oyster aficionado group Kaki no Kai, knows all about oysters, from production through to consumption.

According to her, one cause was an outbreak of norovirus traced to oysters, which made people more cautious, leading to a decline in consumption. But she believes that the biggest factor has been reduced opportunities to cook fried oysters, once a mealtime staple, at home.

In Japan, oysters are usually cooked—they are seldom eaten raw. They are used in hot pot dishes and stews, or sautéed, but are most popularly served fried. Restaurants add kaki furai, as the dish is known in Japan, to their menus every winter, to the delight of oyster fans everywhere. 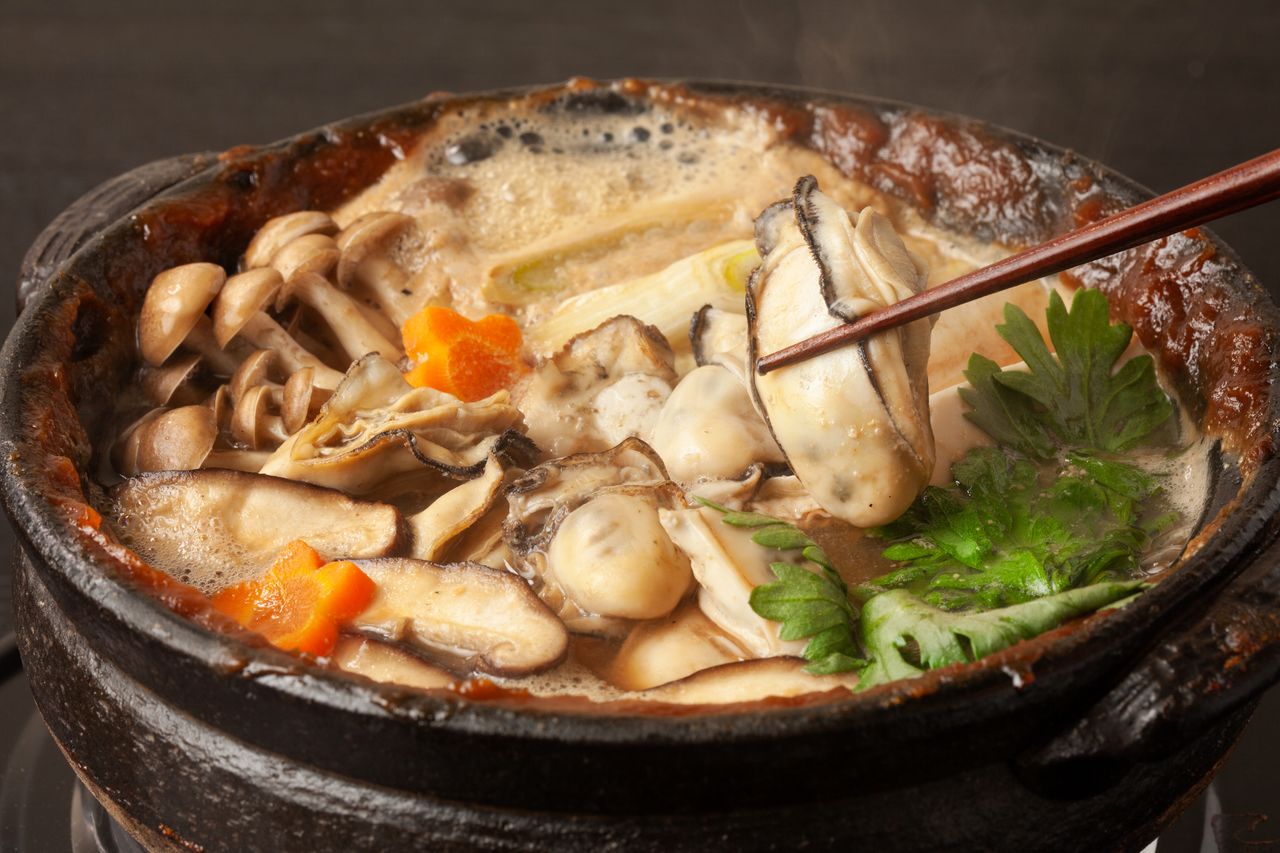 Oysters are the key ingredient in dotenabe, a regional dish from Hiroshima. (© Pixta)

Fried Oysters are a Japanese Specialty

Izumi, who is also well-acquainted with oyster culture abroad, claims that Japanese kaki furai is unique. “Fried oysters are not common in other countries—mostly, they are eaten raw.”

In Chinese cuisine, they are stir-fried in oyster sauce, or added to soups; and in the West, oyster bars pride themselves on their raw offerings. Izumi tried oyster fritters in Australia and Canada, but she believes the Japanese dish, delicately coated with panko breadcrumbs, fried, then served with tartar sauce, is distinctly Japanese. Visitors to Japan rave about fried oysters served with tonkatsu (deep-fried pork cutlet), and they have gained wider recognition as Japanese cuisine.

Meanwhile, in Japan, not only are people being more cautious, the increase in nuclear families and single households has led to a drop in people bothering to deep-fry, causing fried oysters to become a rare sight in Japanese homes. 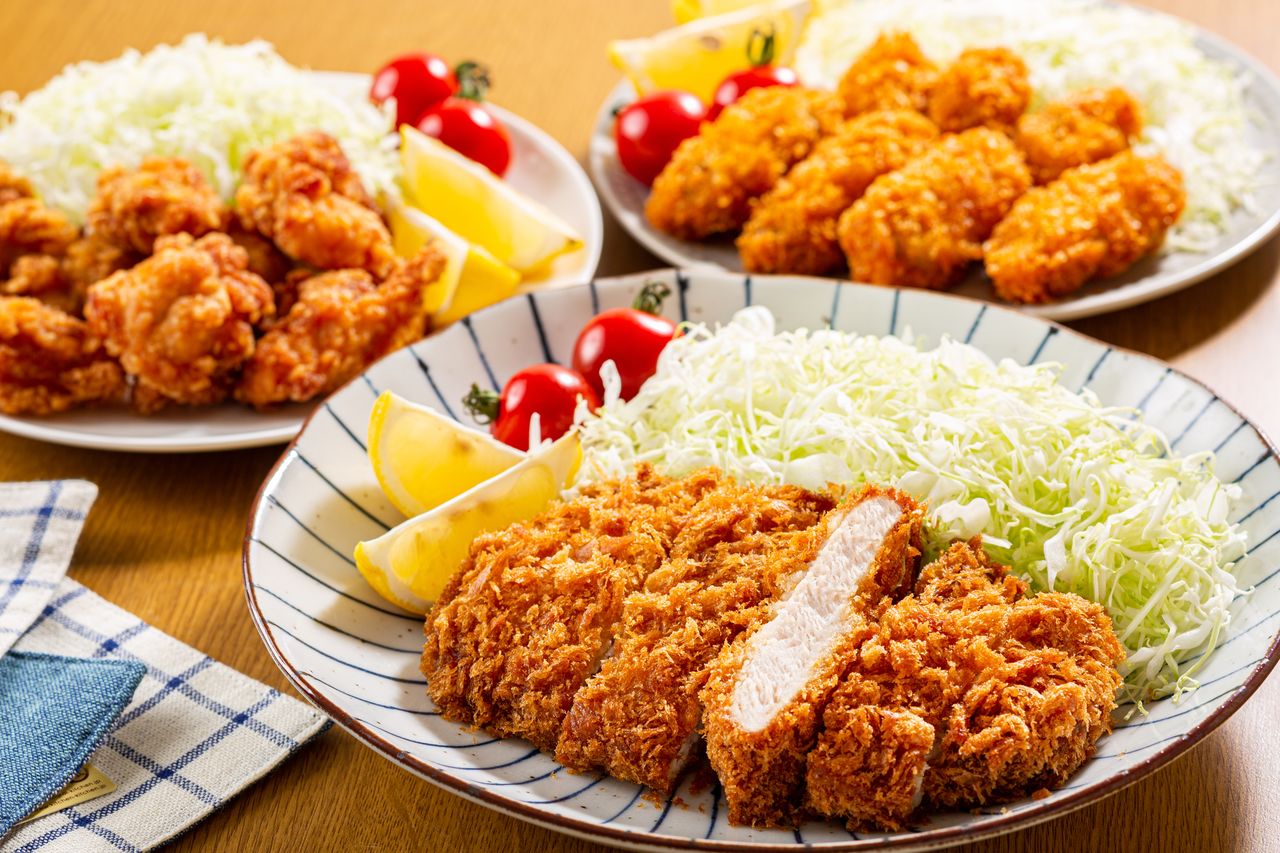 Kaki furai is said to have originated at Rengatei, a Western-style restaurant in Ginza, Tokyo. Along with tonkatsu, the dish is popular with visitors to Japan, although home consumption is falling. (© Pixta)

Turning COVID-19 into an Opportunity

Producers and distributors have been at a loss at how to address the ongoing drop in oyster consumption, but they hope for a change in fortune. Orders from restaurants have fallen due to the COVID-19 pandemic, but online retailers hope to benefit, with more orders from house-bound consumers. Perhaps the current situation will revive home-cooked fried oysters and spark a raw oyster boom.

In September, Chūo Gyorui, a wholesaler based in Toyosu, launched a new range of frozen pre-crumbed oysters, boasting fewer crumbs and bigger oysters, “like those served in the fish market workers’ dining hall.” The company recreated the fried oysters it served employees when it was based in Tsukiji, maintaining the freshest taste by processing the raw oysters promptly, and reducing the breadcrumb coating from the typical 50% by weight to 40 or 45%. Since the product’s launch, large-scale retailers across Japan have embraced it. 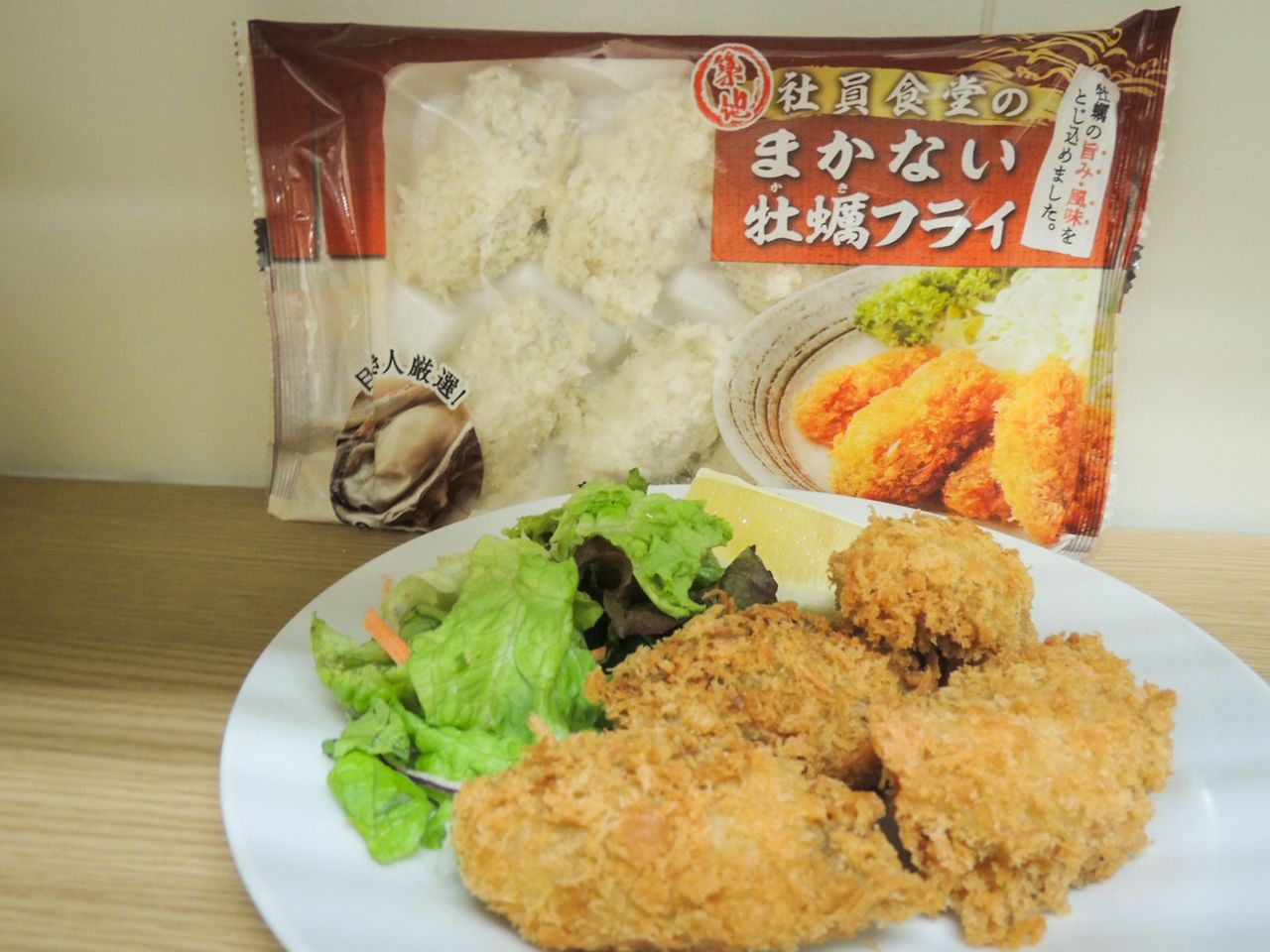 Kunihiro, an Onomichi-based oyster manufacturer in Hiroshima, where over half of Japan’s oysters are produced, reports growing demand from house-bound consumers. According to Kunihiro’s business development manager, Kawasaki Kōhei, household online sales have been strong since autumn, not only in frozen produce that requires cooking, but also with significant growth in sales of unshucked oysters. He believes that people are trying to replicate the oyster bar experience at home. Also, more people are sending them as gifts, and exports to China and other Asian countries are rising. 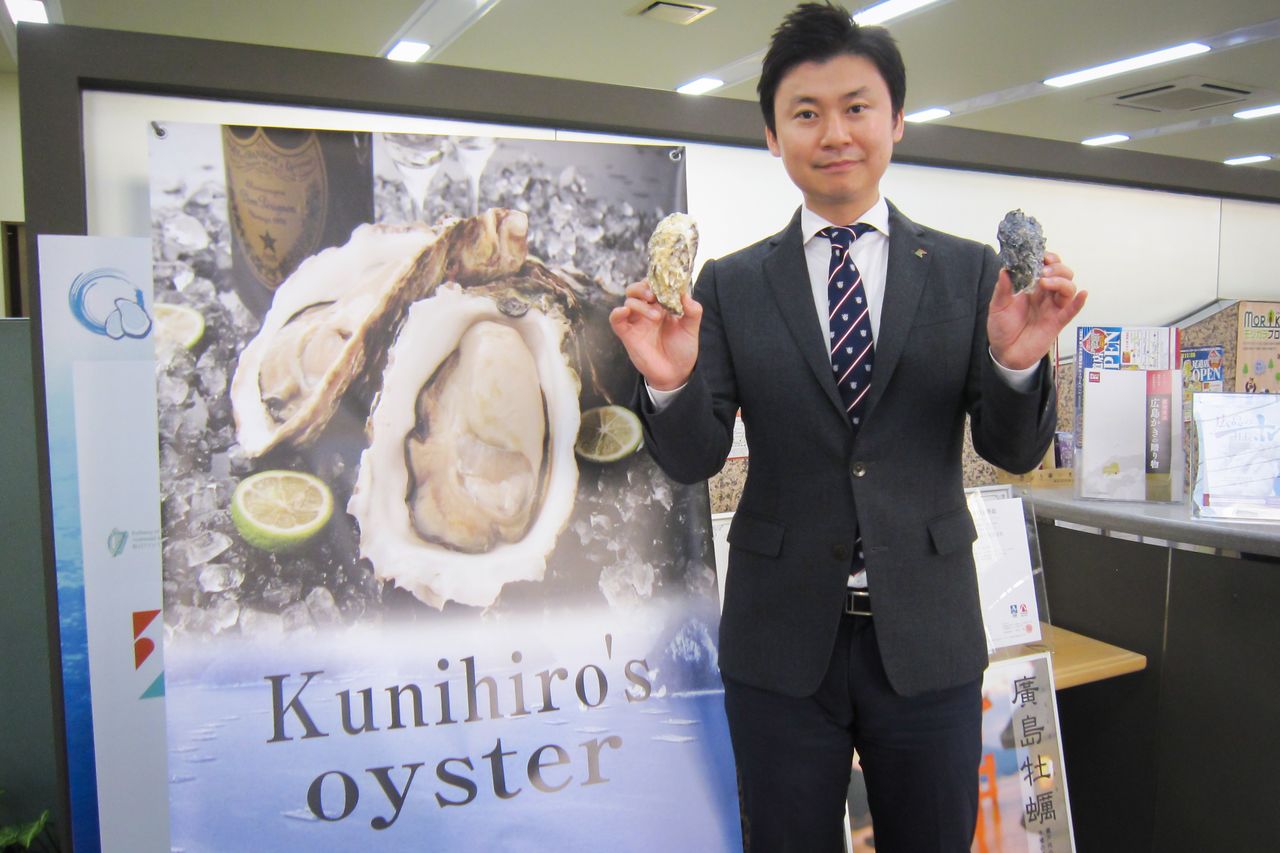 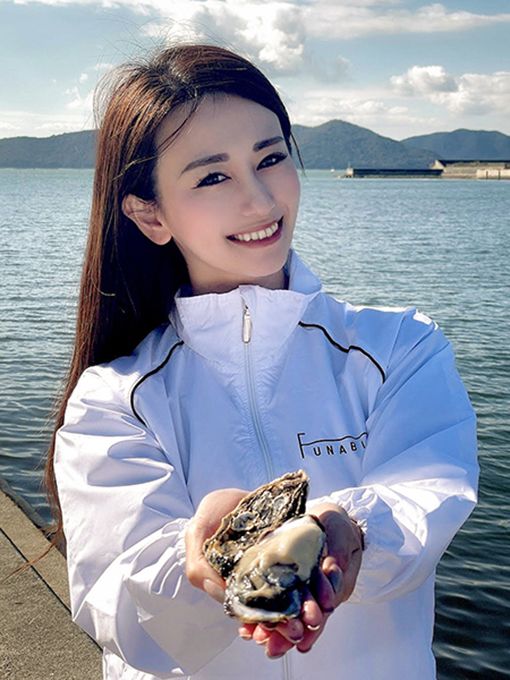 Funabiki Shōten, a seafood wholesaler in Akō, Hyōgo Prefecture, similarly reports poor commercial sales due to the pandemic, but ever-increasing online demand. They branded their product “samurai oysters” after the famous Akō incident in which 47 leaderless samurai avenged the death of the lord of the Akō Domain. The company claims their oysters are tender, have a pleasant odor, and barely shrink when cooked. They have many repeat customers, and autumn delivered a three-fold rise in sales via their retail website, compared with 2019.

In early December, toxins were detected, leading to restriction of sales, but the company restarted shipments in late December. Funabiki Shōko, sales and publicity manager at the wholesaler, claims that the flavor of oysters strengthens through to March. She hopes that even as the pandemic is curbing opportunities to dine out, people will still enjoy in-season oysters at home, whether fried, raw, or in a hotpot. 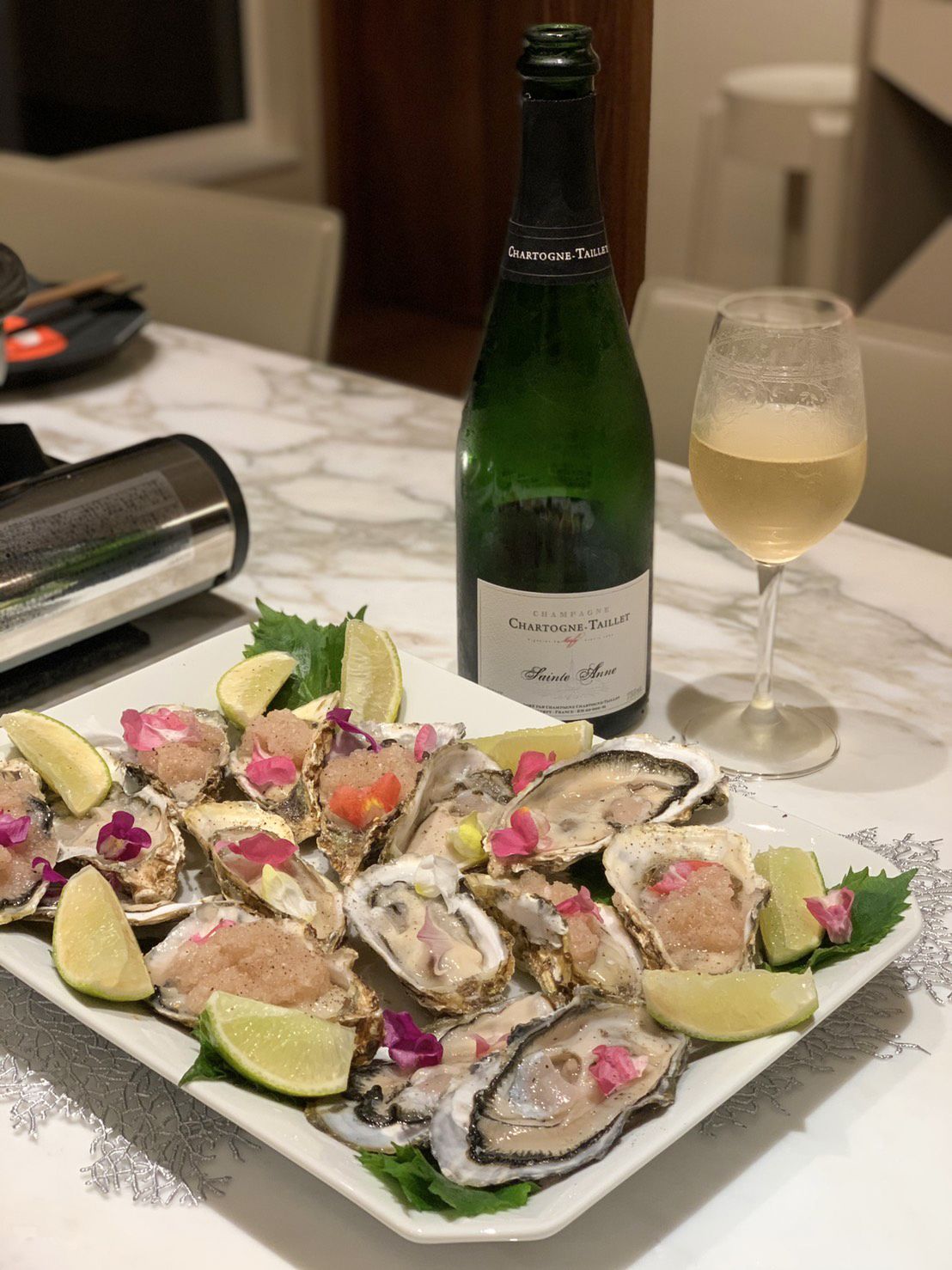