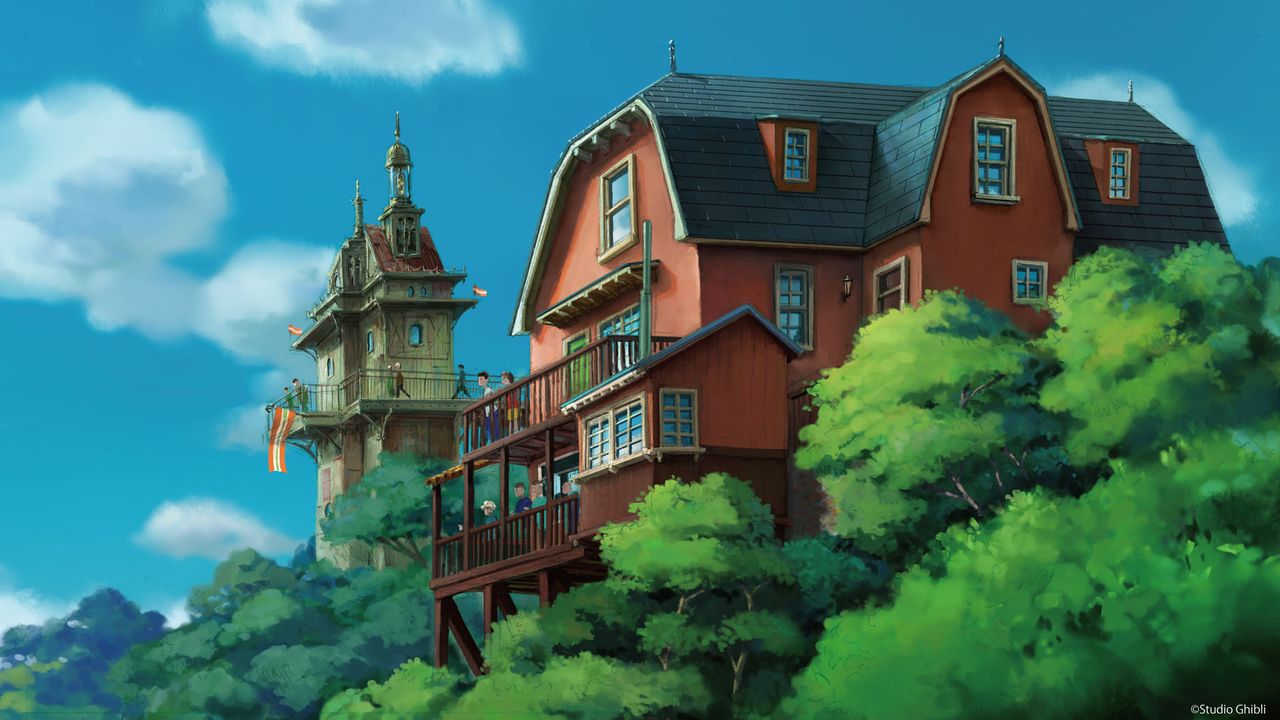 Ghibli Park Due to Open in November 2022, Bringing the Ghibli World to Life

Entertainment Culture Travel Anime Mar 4, 2022
A new theme park, Ghibli Park, is set to open on November 1, 2022, at the site of the 2005 World Expo in Nagakute, Aichi. Details on the park, a joint project by Aichi Prefecture and Studio Ghibli, were recently revealed, with a media inspection tour of part of the construction site.

Ghibli Park, due to open on November 1, 2022, will give visitors an experience of the world of Studio Ghibli’s anime. It is being constructed on a 7.1-hectare site within Moricoro Park, where the 2005 Aichi World Expo was held. Ghibli director Miyazaki Gorō, son of the celebrated Miyazaki Hayao, is in charge of facility plans. When the park is completed, it will feature five themed areas. Three will open in 2022—Ghibli’s Grand Warehouse, the Hill of Youth, and Dondoko Forest—with two more, the Valley of Witches and Mononoke Village, to follow in autumn 2023.

Ghibli Park is being built with an Aichi Prefecture investment of roughly ¥34 billion, and will be operated by a joint venture involving Studio Ghibli and the newspaper publisher Chūnichi Shimbun.

According to Studio Ghibli executive director and former producer Suzuki Toshio, the new park encapsulates the spirit of the Ghibli Museum, in Mitaka, Tokyo, which provides the model for the new park. Entry will be via an advance reservation system specifying date and time of entry. The entrance fee is yet to be announced, but Aichi Governor Ōmura Hideaki has assured fans that, as a prefectural park, it will cost less than privately operated theme parks. 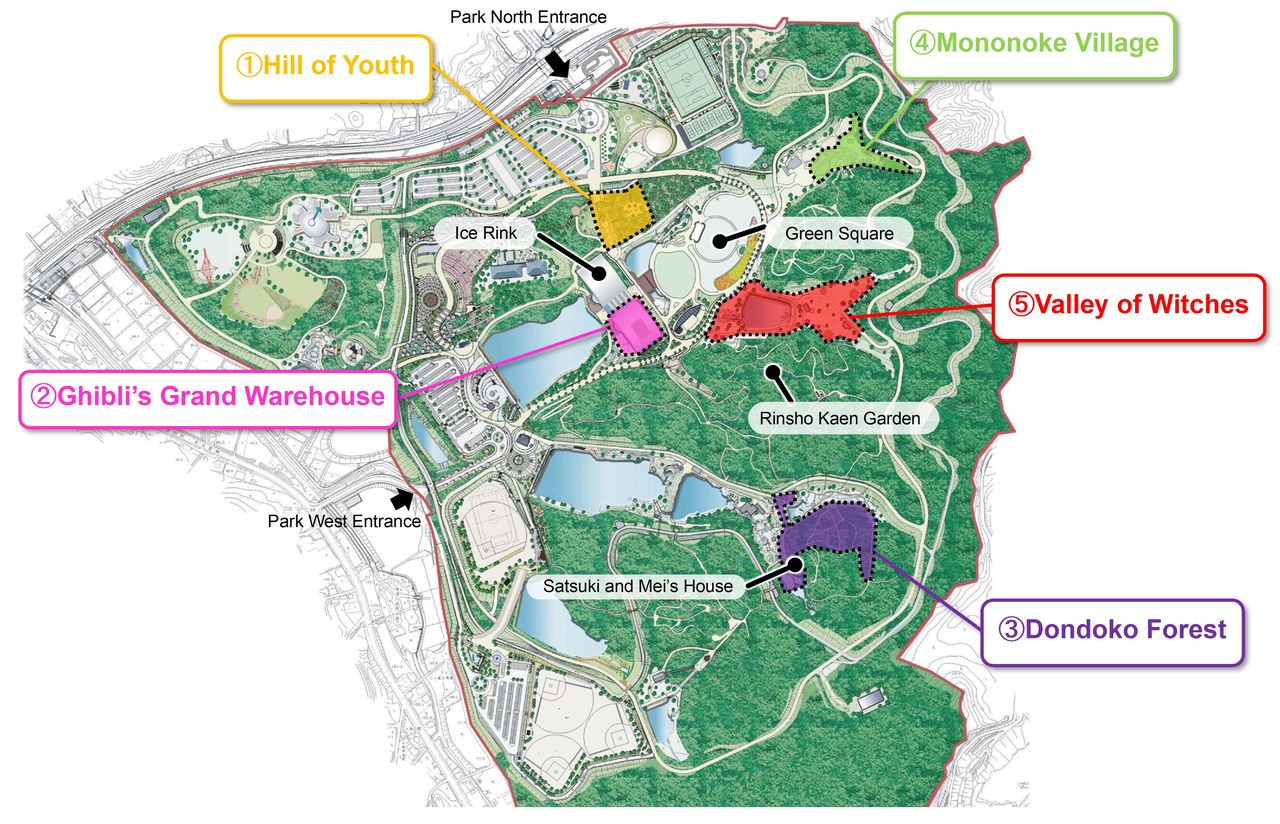 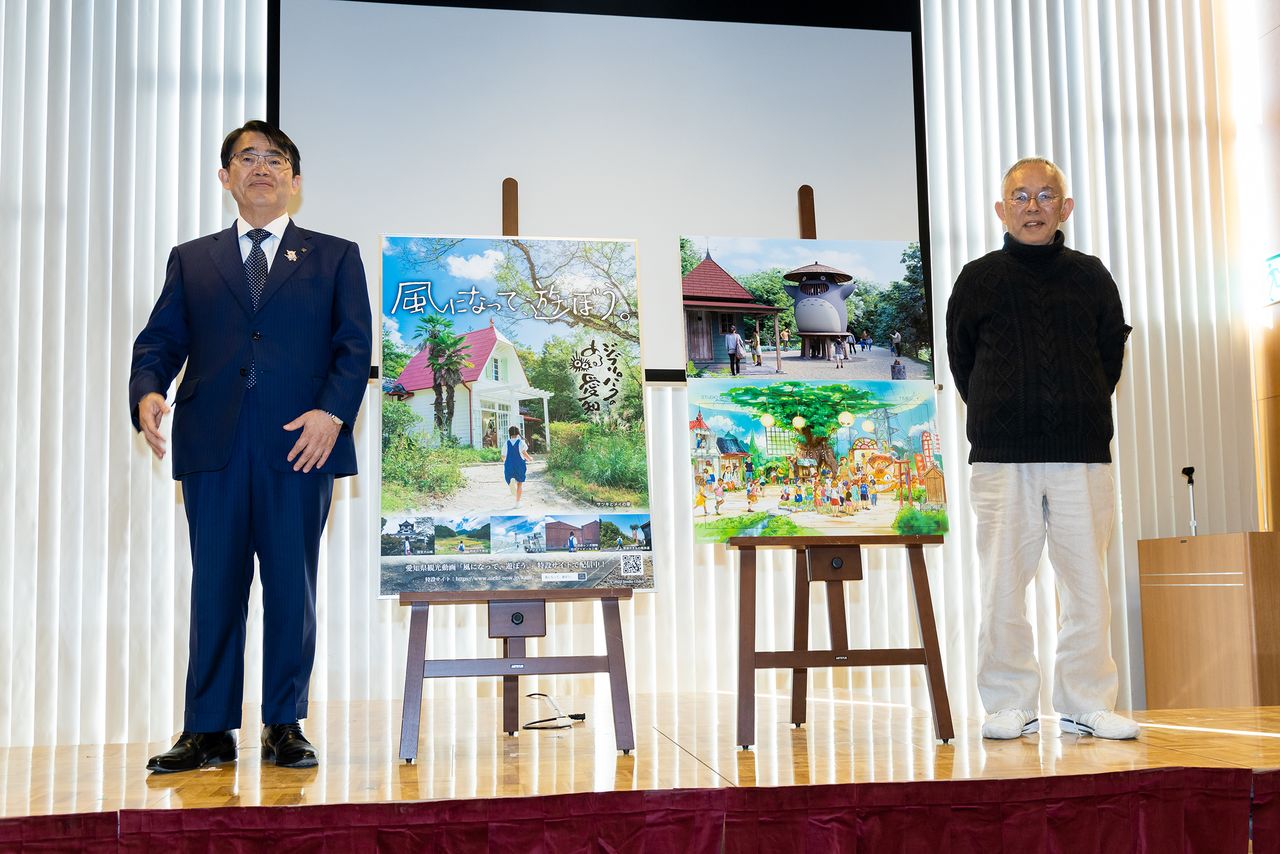 Replete with the Ghibli Vision

Miyazaki Gorō guided members of the press to two areas currently under construction: the Hill of Youth, which will welcome visitors, with features including the Earth Shop (at center in the banner photo above), the rotary park from Whisper of the Heart, and a miniature reproduction of the Cat Bureau from The Cat Returns. An existing elevator is being revamped to evoke the atmosphere of Castle in the Sky and Howl’s Moving Castle (the left-hand structure in the banner illustration). 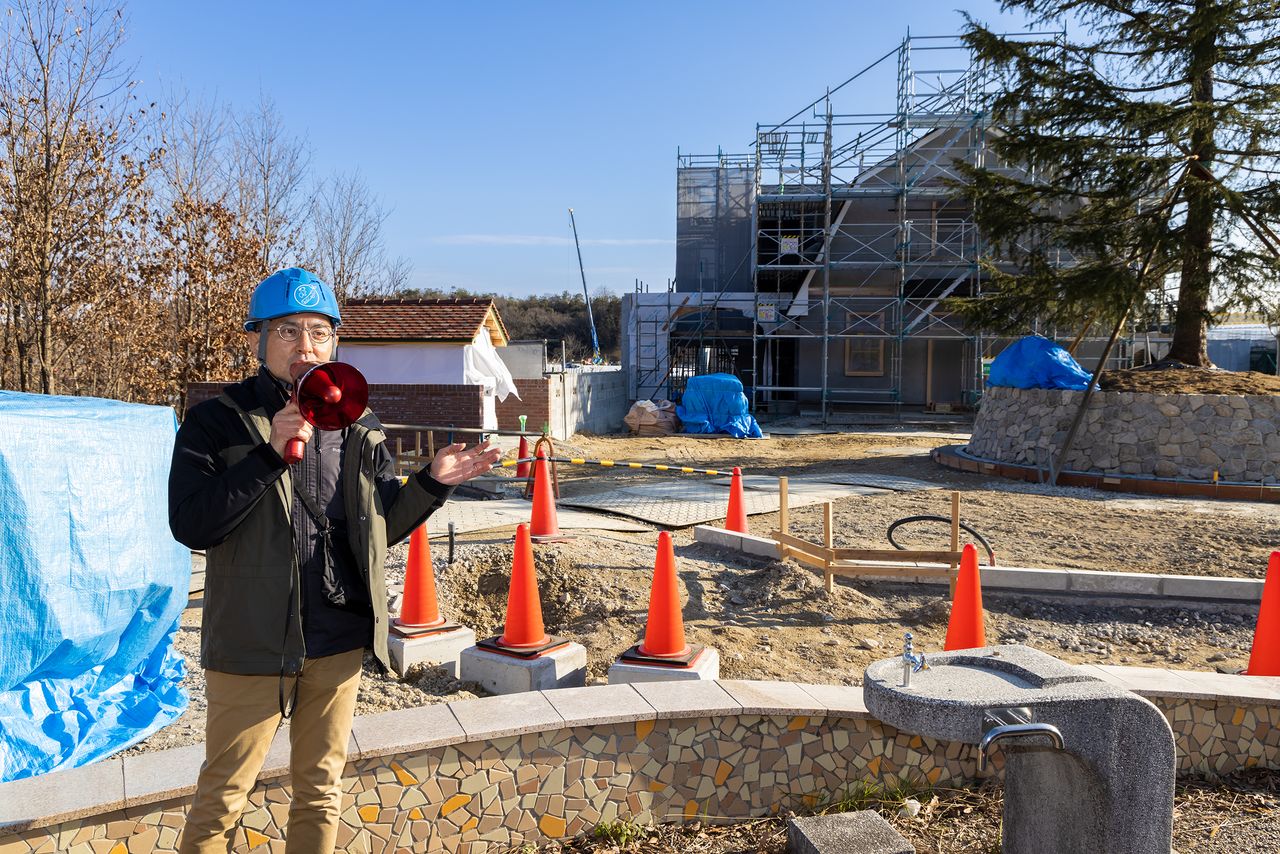 The white building behind Miyazaki Gorō is the Cat Bureau, and the scaffolding-clad building is the Earth Shop. (© Studio Ghibli 2022) 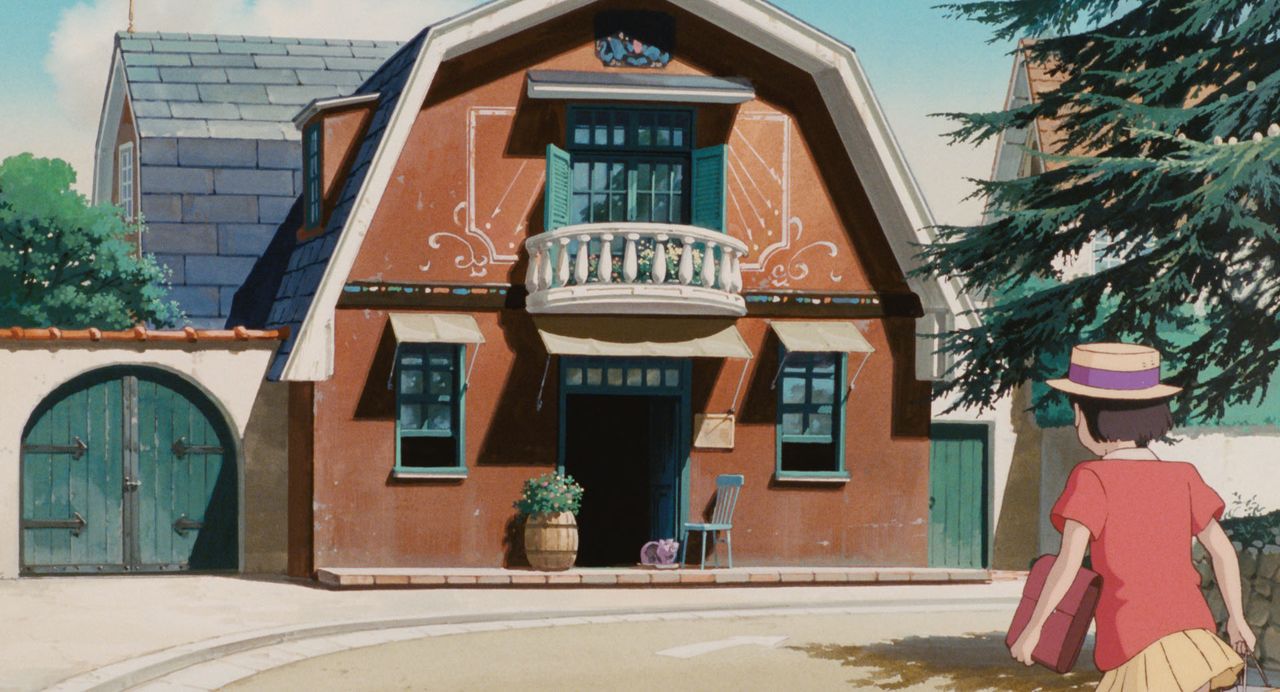 The scene in Whisper of the Heart when the main character Shizuku visits the Earth Shop. (© Hiiragi Aoi, Shūeisha Inc., Studio Ghibli, NH 1995) 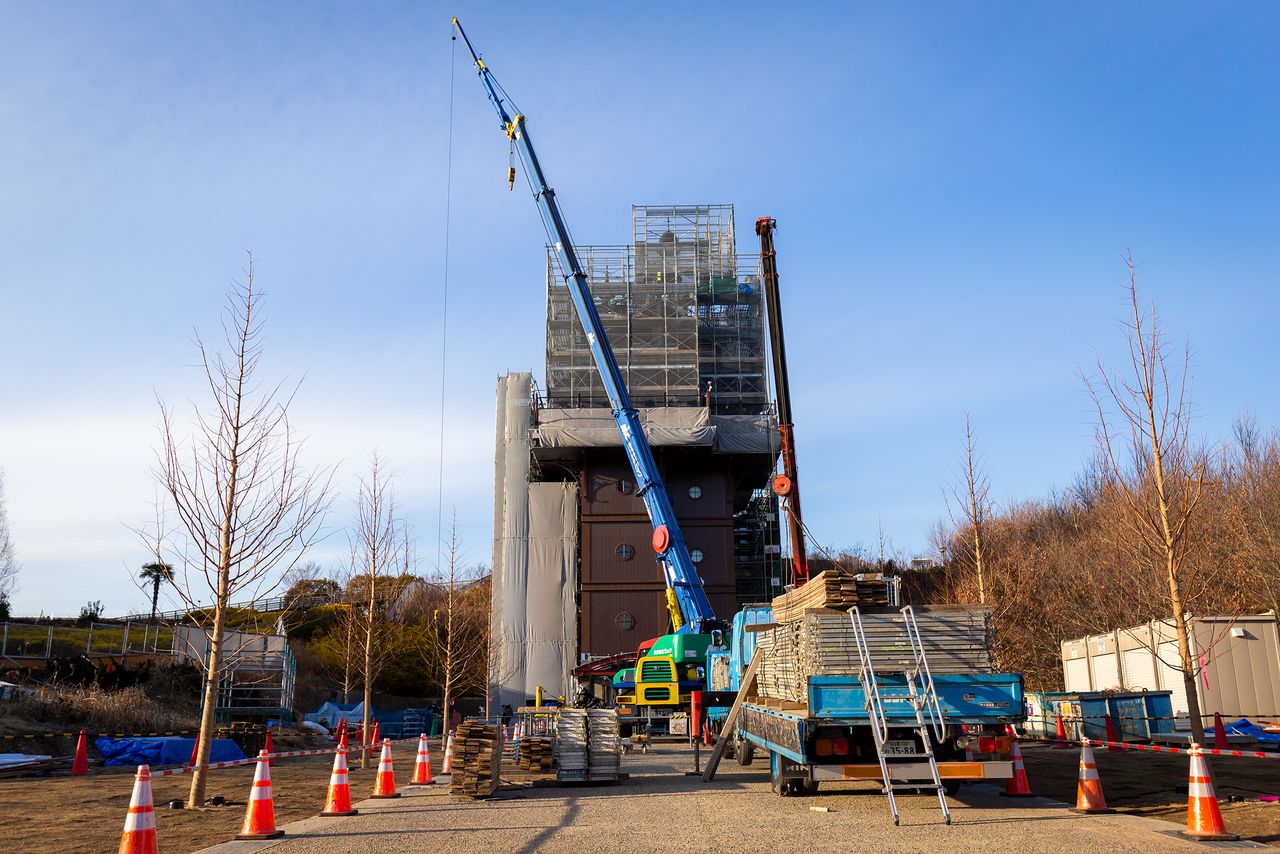 The design of the elevator tower will incorporate imaginary scientific elements from the late nineteenth century. (© Studio Ghibli 2022)

Ghibli’s Grand Warehouse will store and exhibit posters, merchandise and paraphernalia from film launches in a building that once housed a heated swimming pool. The new facility plays a similar role to the Ghibli Museum at Mitaka, but is four times its size. The labyrinthine design abounds with elements from Ghibli works, including Laputa’s abandoned garden, and the home and garden of the tiny people living under the floor in Arrietty. The space will entice visitors on a treasure hunt for Ghibli characters. 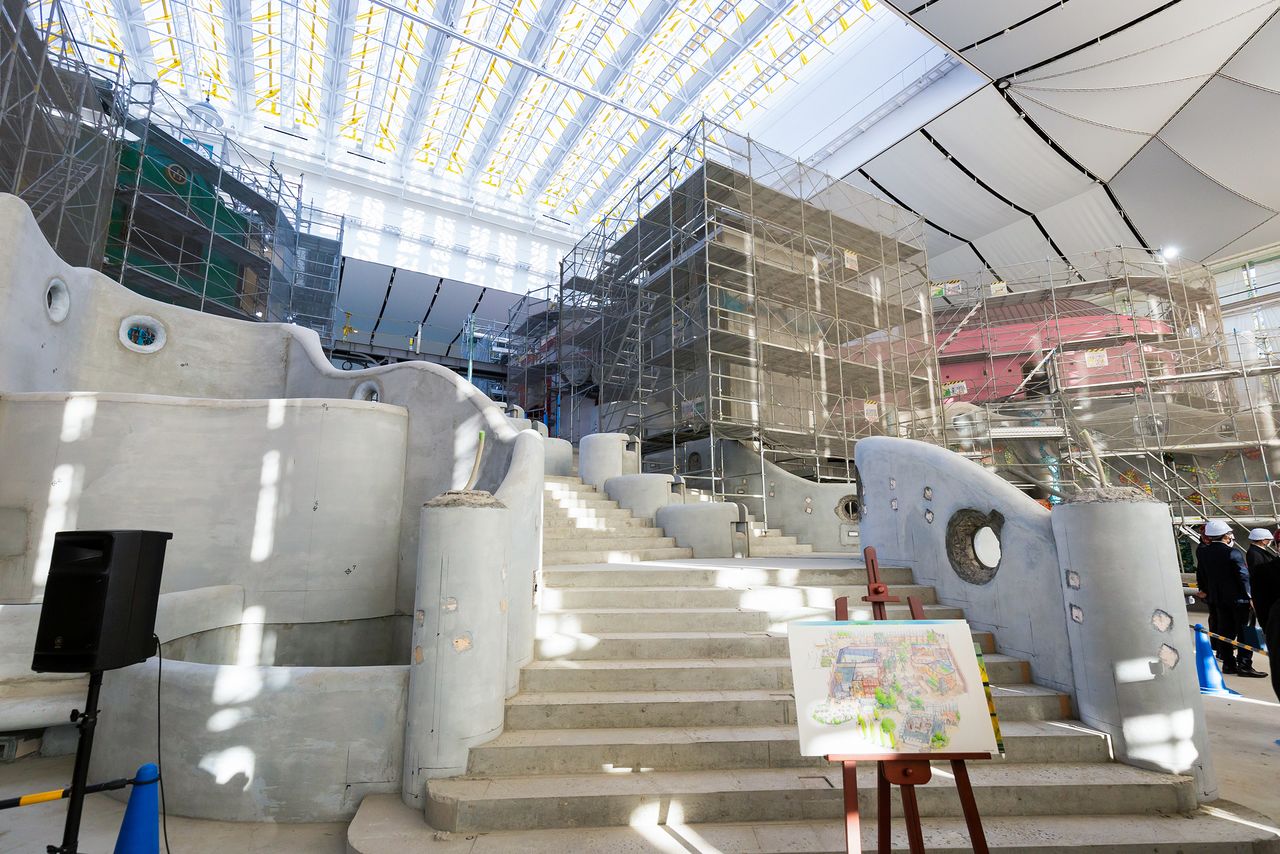 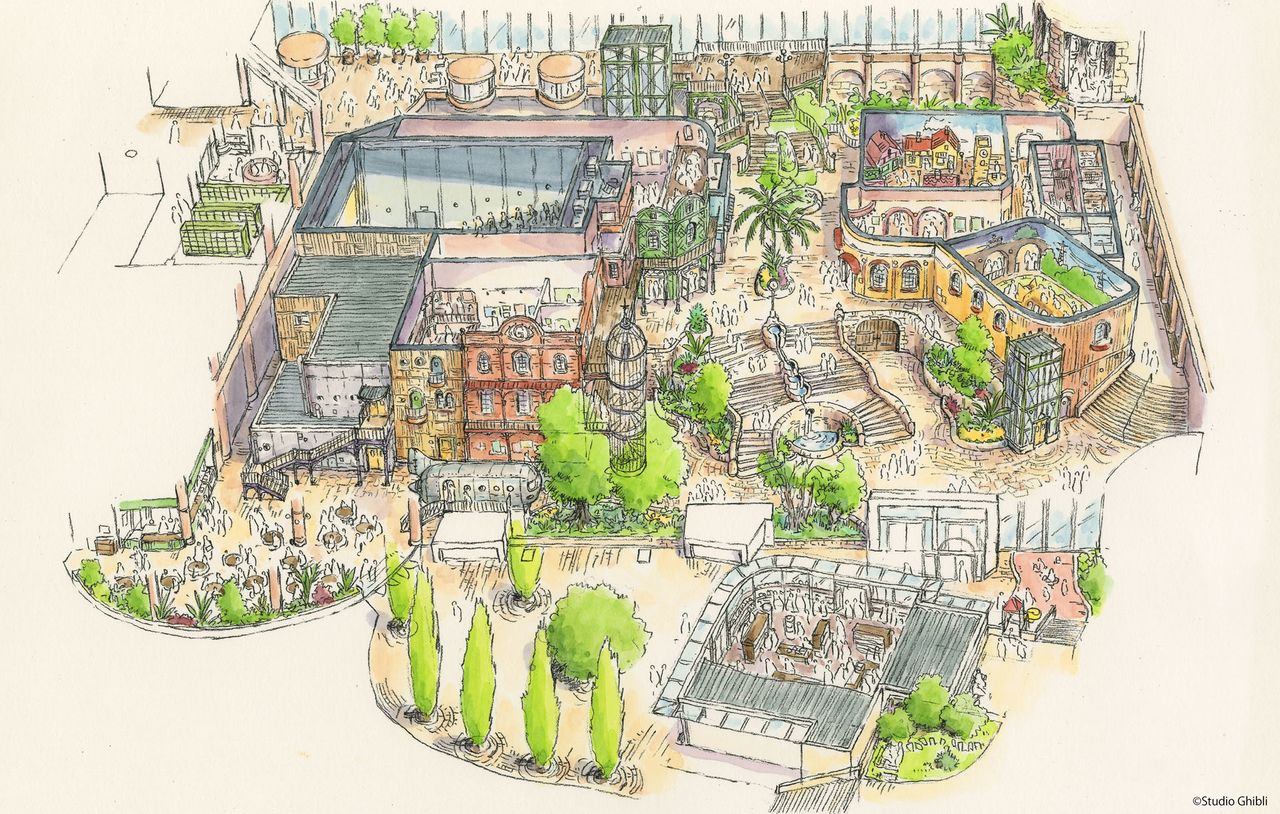 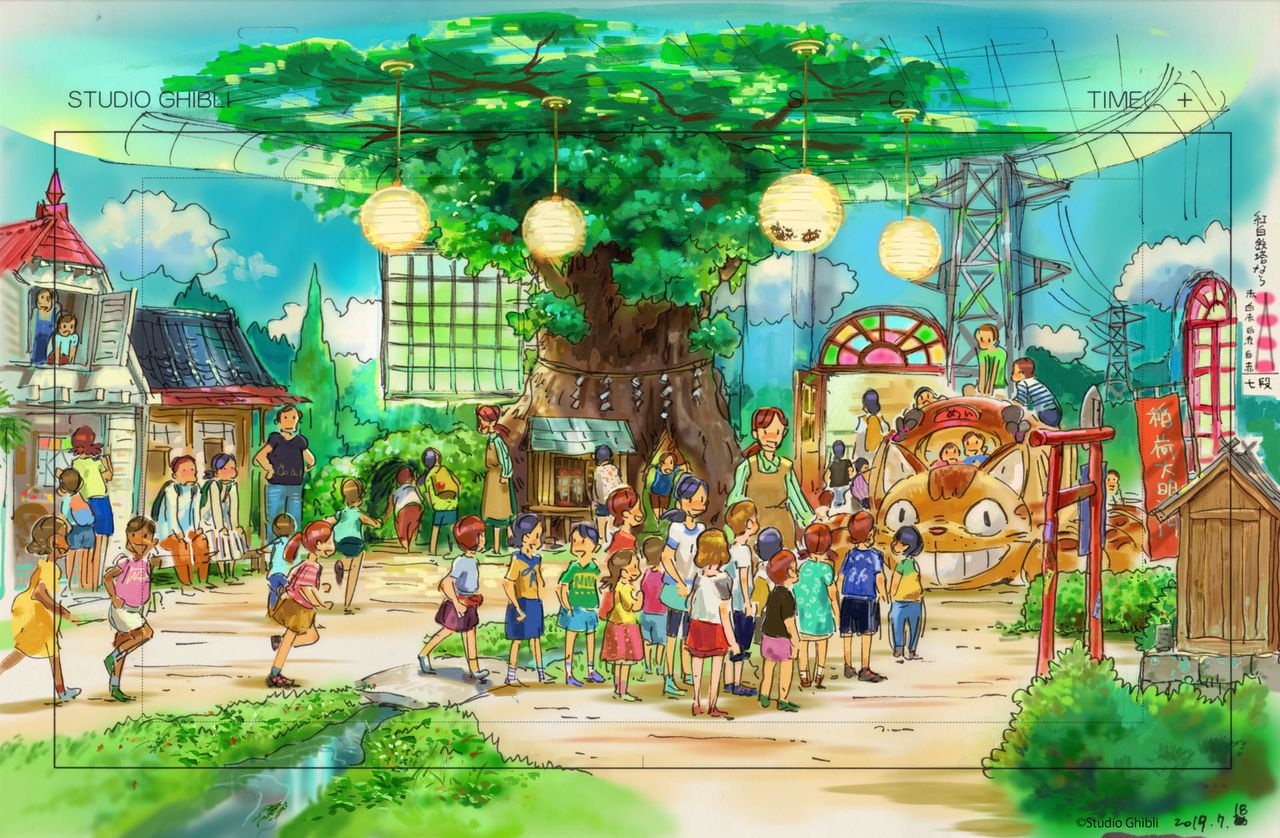 Artist’s impression of the park with a replica of the Cat Bus from My Neighbor Totoro. (© Studio Ghibli)

The Dondoko Forest will incorporate a version of Satsuki and Mei’s House, from My Neighbor Totoro, built for the Aichi World Expo in a rural setting reminiscent of the Shōwa era (1926–89). Pathways will be added to take advantage of the natural setting, with the main feature being the 5.2-meter-tall Dondoko Rotunda, a structure for children to play inside. 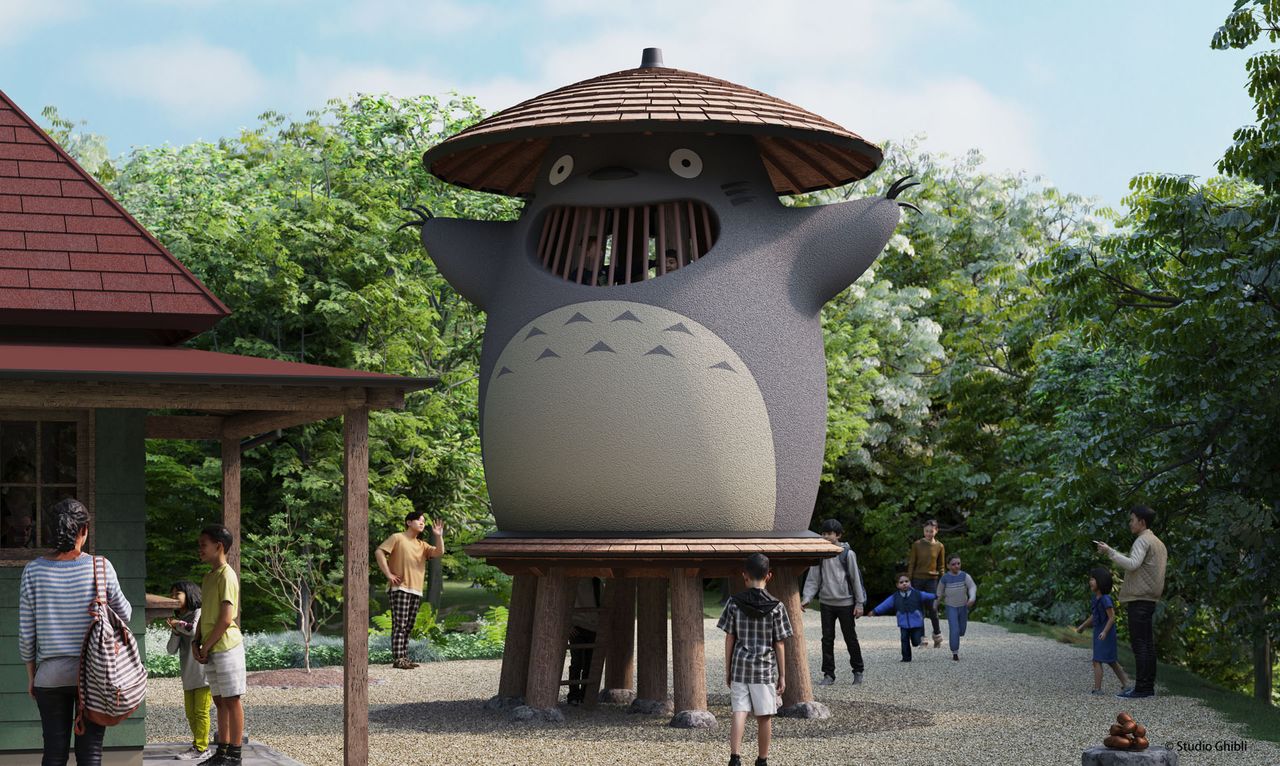 The Dondoko Rotunda will be large enough for five or six small children to play inside. (© Studio Ghibli)

Mononoke Village, scheduled to open in 2023, will re-create the rural landscapes of the Emishi Village and Tatara-ba (Irontown) seen in Princess Mononoke. Valley of Witches will feature reproductions of the Okino family home, from Kiki’s Delivery Service, and the European provincial landscape from Howl’s Moving Castle. 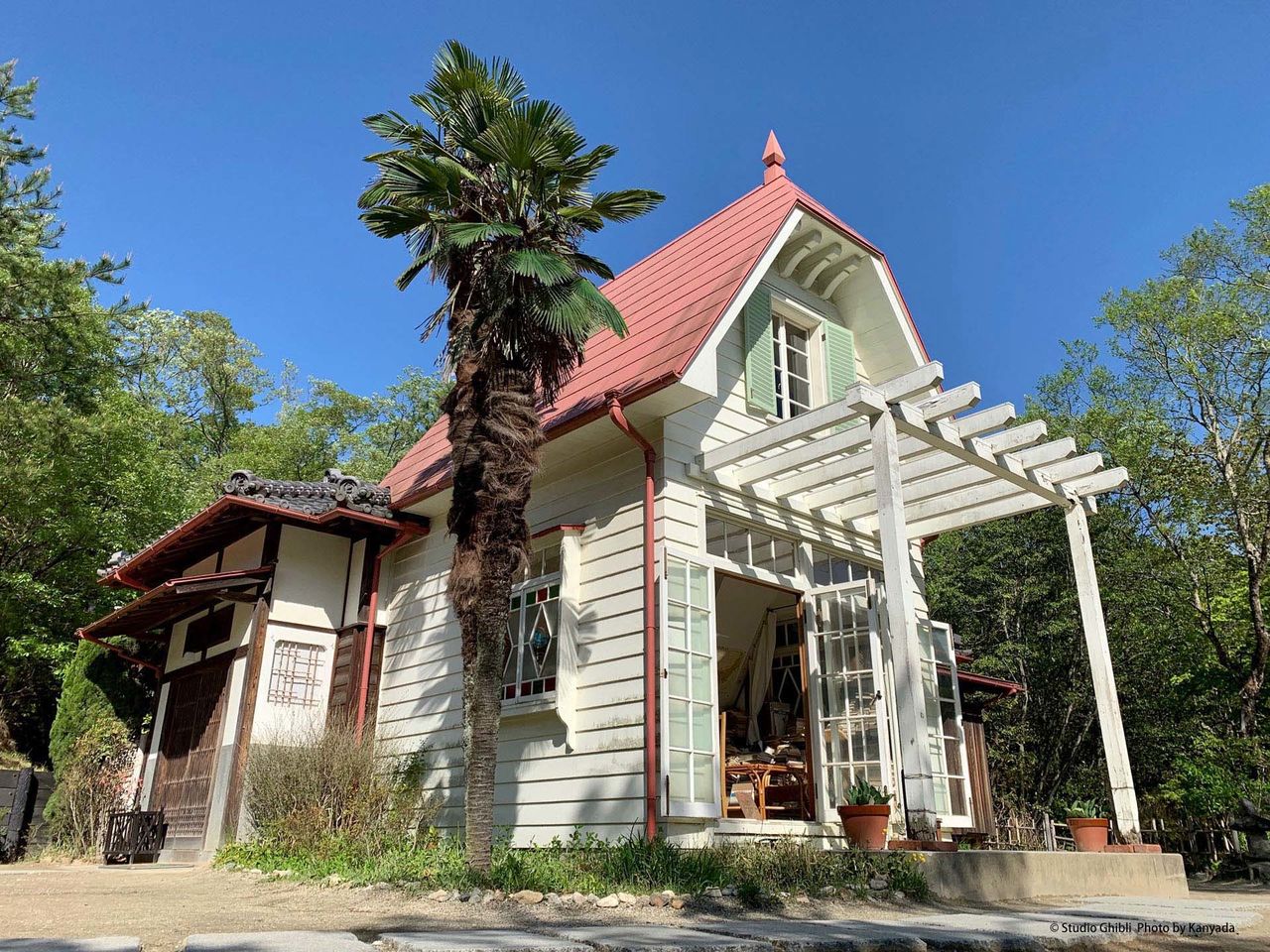 Satsuki and Mei’s House, from My Neighbor Totoro, was built for the 2005 Aichi World Expo. (© Studio Ghibli)

Collaboration between Aichi Prefecture and Studio Ghibli dates back to the construction of Satsuki and Mei’s House for the Aichi World Expo in 2005. In 2015, the park hosted the Ghibli Expo to mark the tenth anniversary of the World Expo. According to Governor Ōmura, the public still holds deep affection for Satsuki and Mei’s House, which stands as a reminder of the Expo. Studio Ghibli approached the prefecture about preservation of the landmark, which led to the Ghibli Park proposal.

At the request of the prefecture, Studio Ghibli produced a tourism promotion video, “Play along with the Wind—Aichi, home of the Ghibli Park.” The video showcases famous sights of Aichi, including national treasure Inuyama Castle, designated a national treasure, the heritage-listed town of Arimatsu, and the Toyota Automobile Museum. It is the first tourism promotion movie by Studio Ghibli. Producer Suzuki Toshio noted that while Ghibli rarely shoots live film, they were rather happy with the result. Aichi Prefecture expects the park to attract 1 million visitors in its first year, and 1.8 million per year after completion of the park in late 2023. The prefecture hopes that it will draw many tourists from abroad after the COVID-19 pandemic settles, and anticipates an economic impact of around ¥48 billion annually.

[Play along with the Wind—Aichi, home of the Ghibli Park (video)] 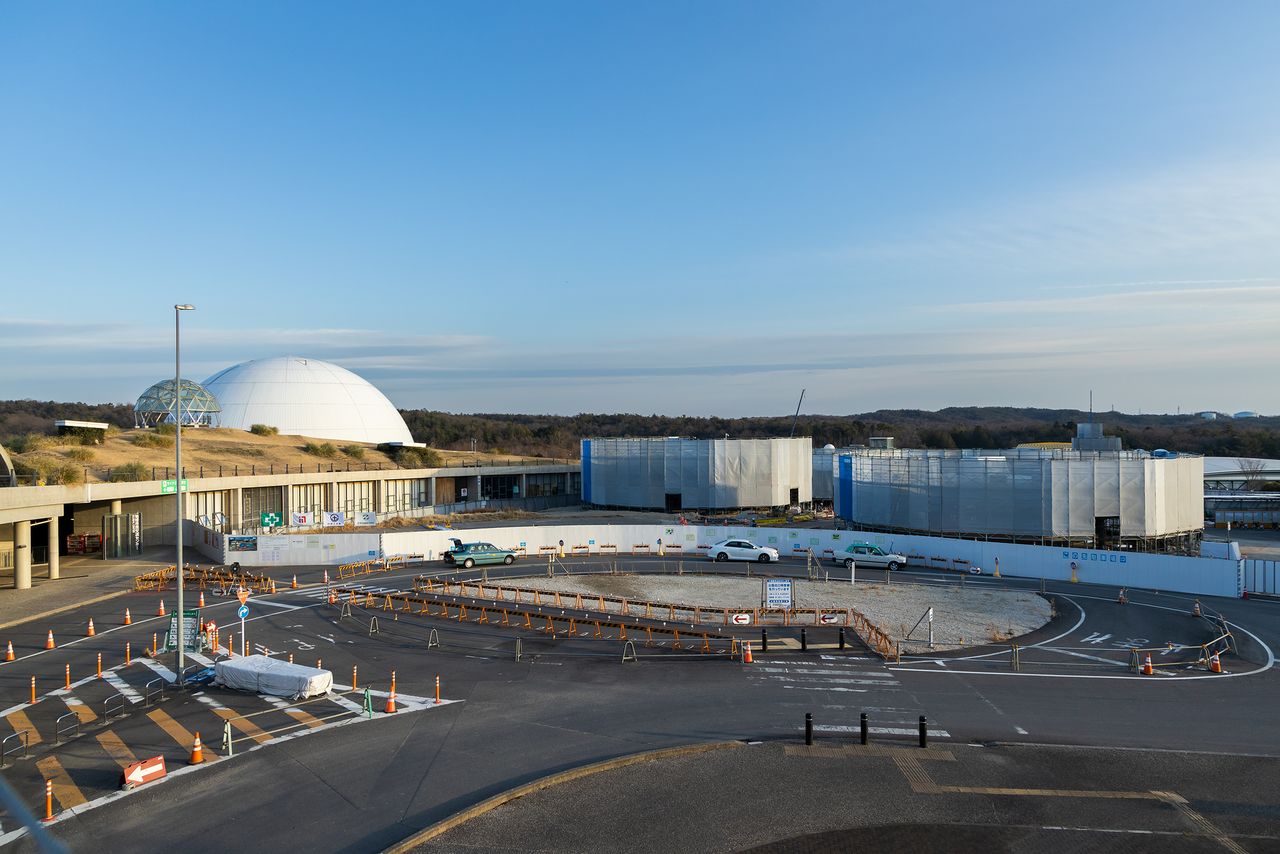 A view of Moricoro Park, where construction of Ghibli Park is currently underway.

(Originally published in Japanese. Research, text and photographs, except where otherwise indicated, by Nippon.com. Banner image: Artist’s impression of the Hill of Youth. © Studio Ghibli.)