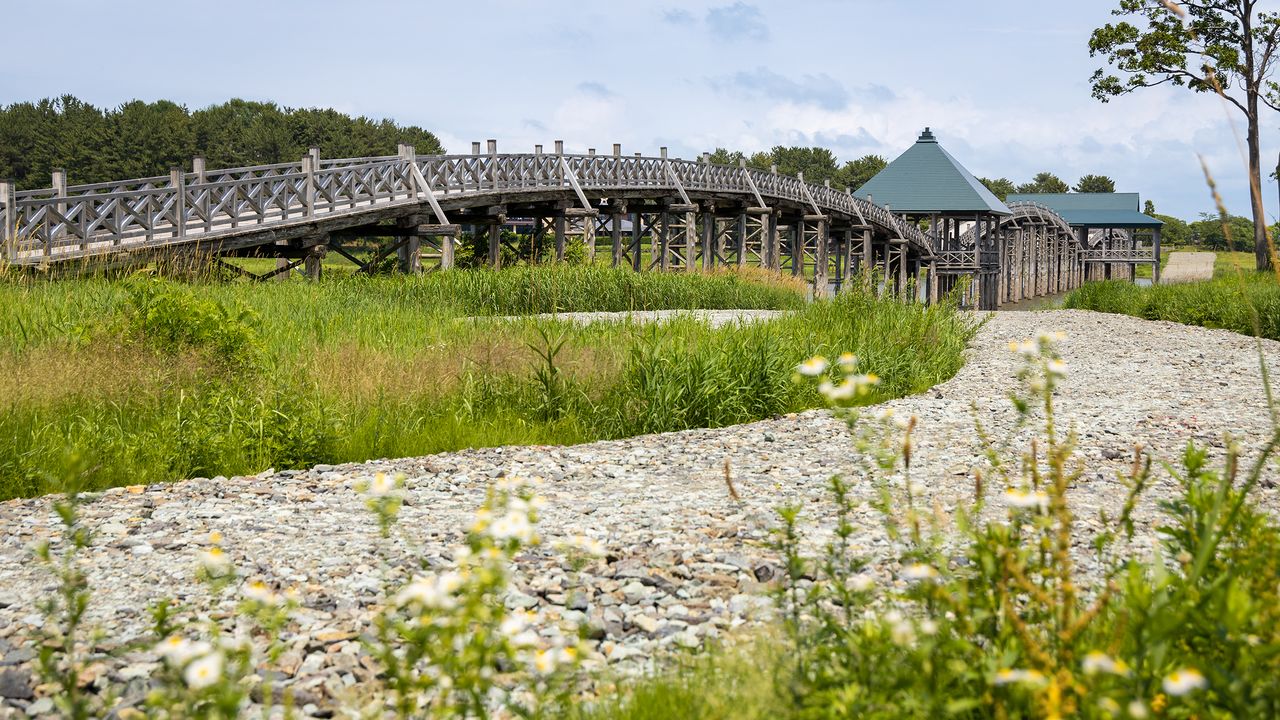 Tsuru-no-mai Bridge: “Power Spot” and Marvel of Wooden Architecture in Heart of Tsugaru

Travel Aug 26, 2022
At 300 meters in length, the picturesque Tsuru-no-mai Bridge spanning Tsugaru Fujimi Lake in the town of Tsuruta, Aomori Prefecture, holds the title of Japan’s longest triple-arch bridge. Its appearance in an advertisement for train operator JR East in 2016 made it a popular tourist draw, with visitors coming to marvel at the graceful span and stunning scenery that includes majestic Mount Iwaki.

The Tsuru-no-mai Bridge is a wonder of architectural design. Its three arching spans, each measuring 100 meters in length, give the appearance of a pair of cranes soaring across the waters of Tsugaru Fujimi Lake, an image for which the bridge takes its name. 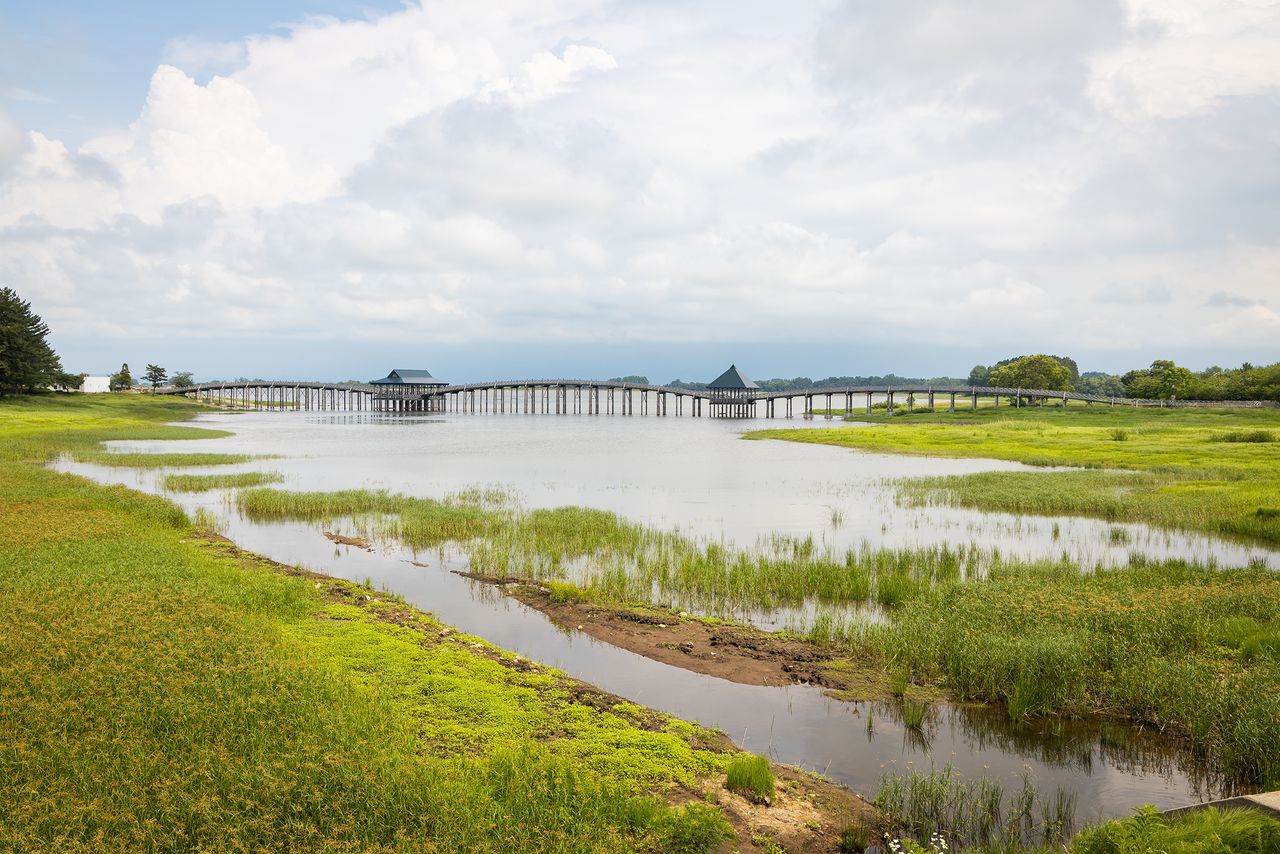 The bridge seen from the west bank of the lake. The spans to the left and right are said to be male and female cranes, respectively, with their outspread wings overlapping to form the middle arch. 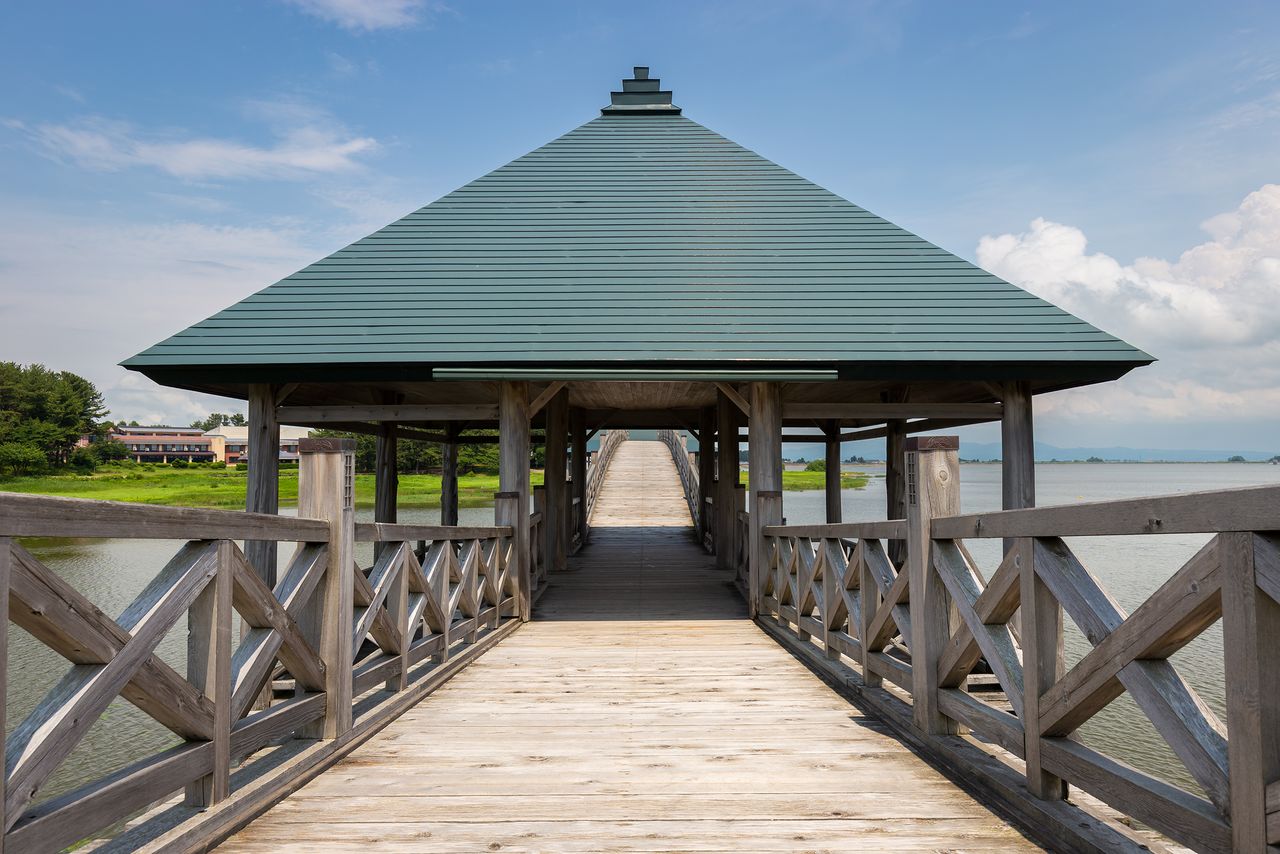 A covered rest area on the bridge where visitors can take in the surrounding beauty.

The gently curving structure is built from locally grown Japanese cypress. The number 3 features prominently in the bridge’s design: the three spans measure a total of 300 meters in length, the main supporting pillars are 30 centimeters in diameter, and a total of 3,000 logs and boards each were used in the construction.

Along with it being Japan’s longest triple-arched bridge, the Tsuru-no-mai Bridge’s wooden-construction and natural setting has helped it gain popularity as a “power spot.” The roughly five minutes needed to cross the structure has added to this reputation, with a trip from end to end considered by some as providing a propitious boost to one’s longevity. 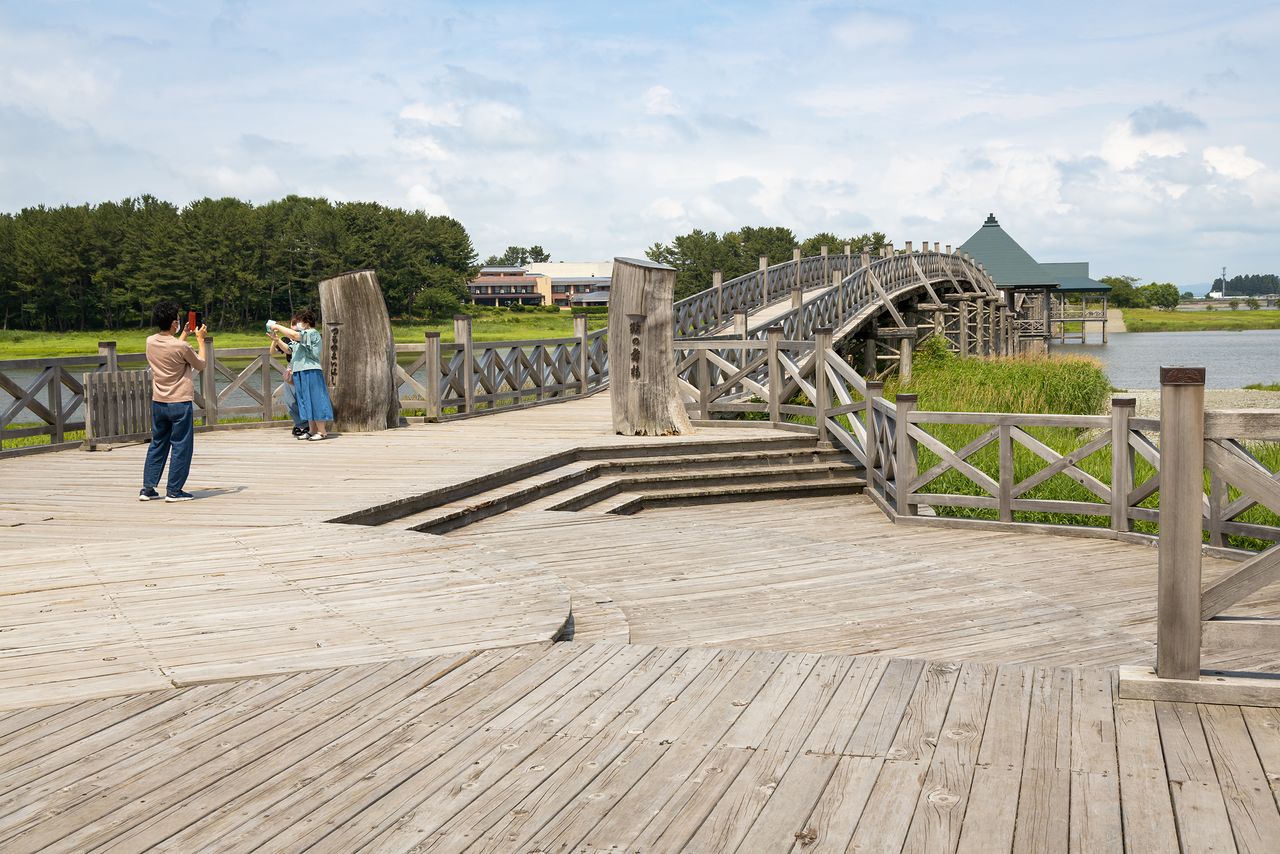 The bridge’s theme of two flying cranes has made it an auspicious spot for lovers as well as couples hoping to tie the knot. 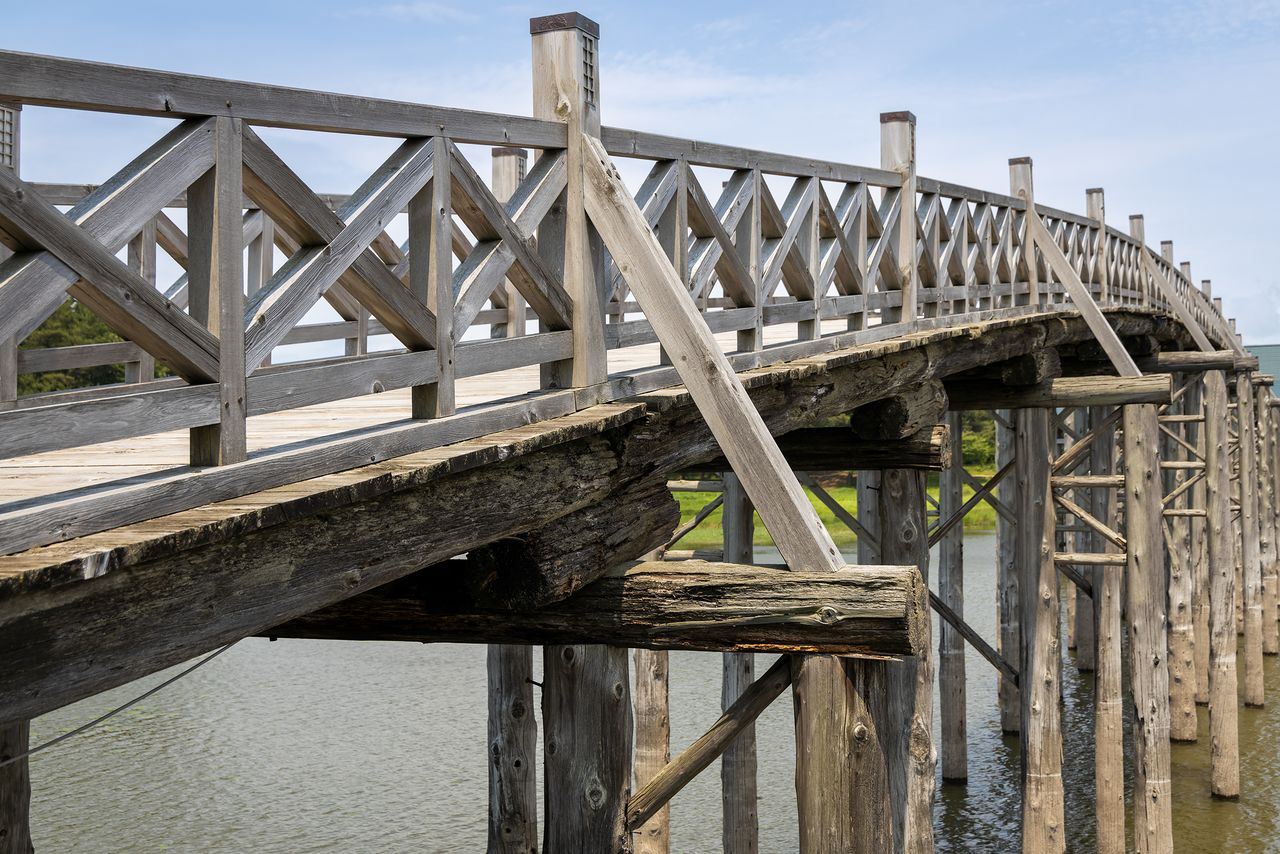 The Tsuru-no-mai Bridge was built over Tsugaru Fujimi Lake in 1994. The lake dates from 1660, when the fourth head of the Tsugaru domain built levees to form the reservoir as part of a project to create new rice paddies. The lake’s name, which roughly translates as “view of Mount Fuji,” refers not to Japan’s most iconic mountain but to nearby Mount Iwaki, often described as the Tsugaru Fuji for its comparative beauty.

The bridge was relatively unknown until a 2016 JR East advertising campaign featuring legendary actress Yoshinaga Sayuri brought national attention to the stunning scenery of the area, transforming the site into a popular tourist destination. 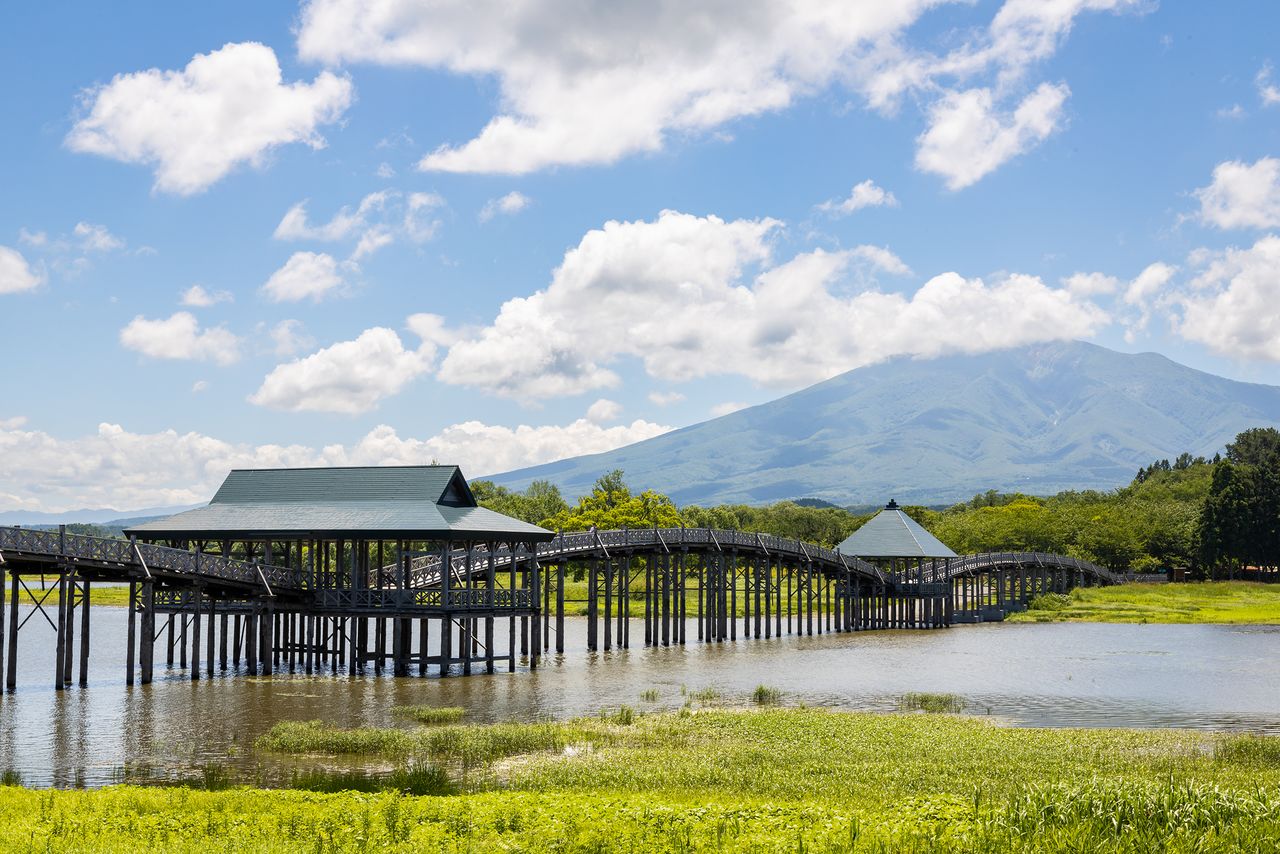 Viewed from the north bank, the bridge backed by Mount Iwaki makes for a stunning scene. 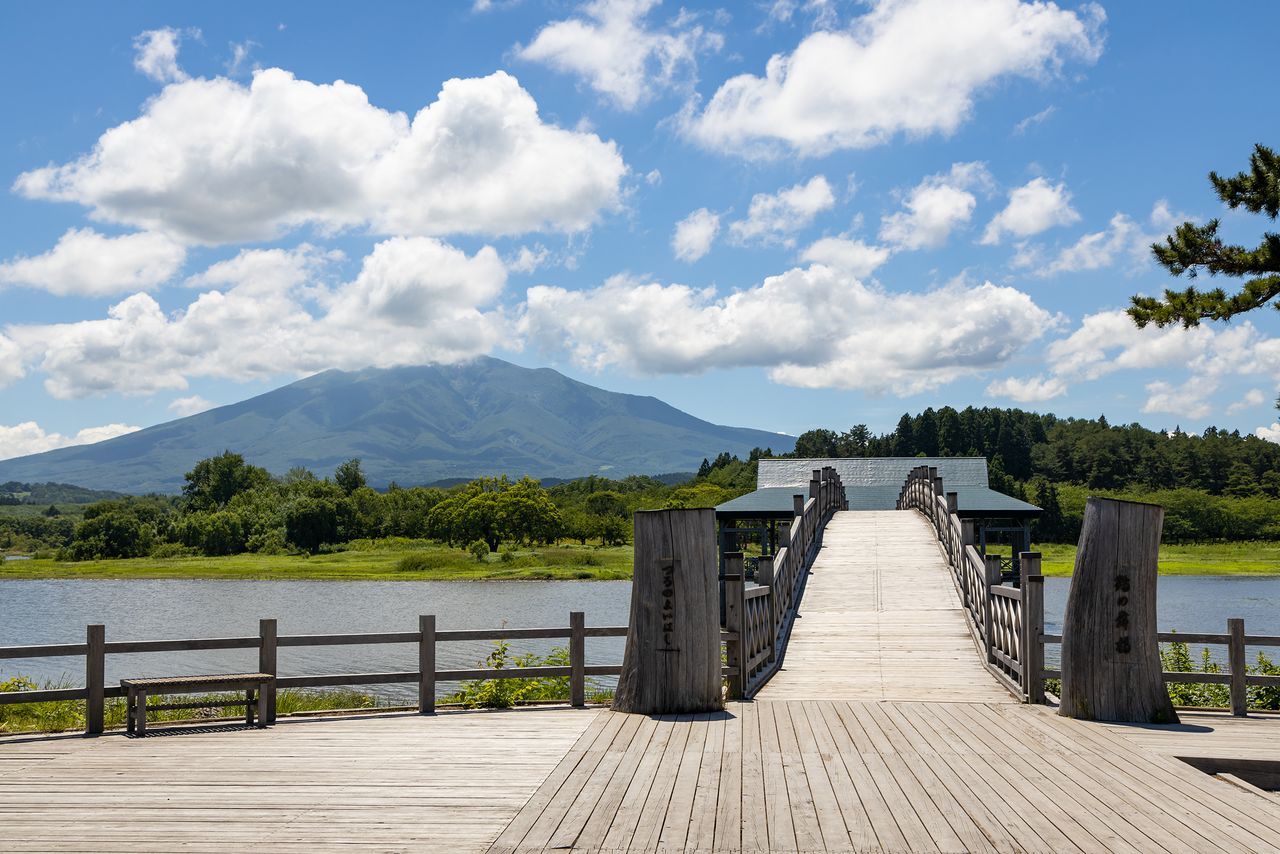 Another view of Tsuru-no-mai Bridge and Mount Iwaki. 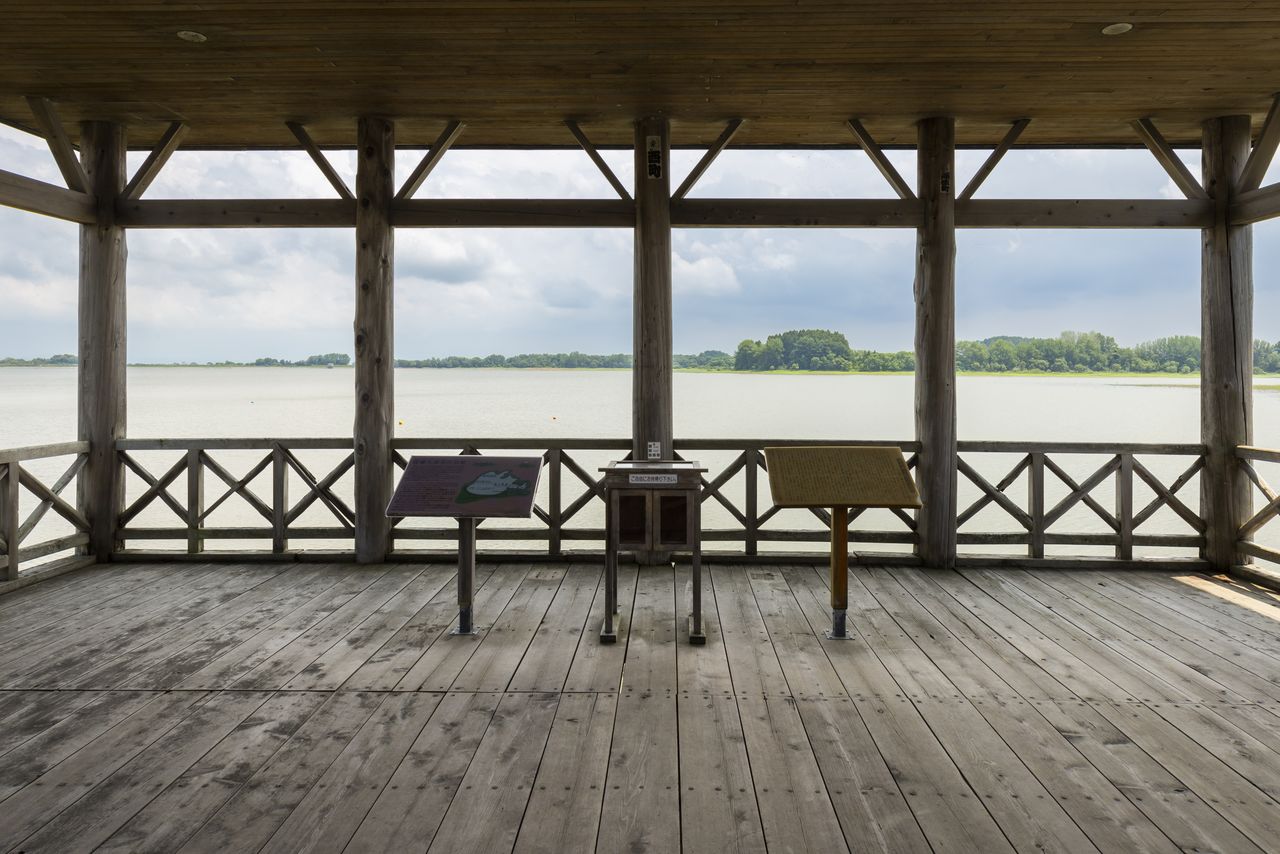 Fujimi Lake, as seen from the rest area on the north end of the bridge, is a man-made reservoir dating back some 400 years.

After taking in the bridge, visitors can shop for souvenirs or regionally made items at a tourist facility near the site’s parking lot, or head to the opposite bank to stroll through Tanchōzuru Shizen Kōen, a park that is home to several red-crowned cranes. 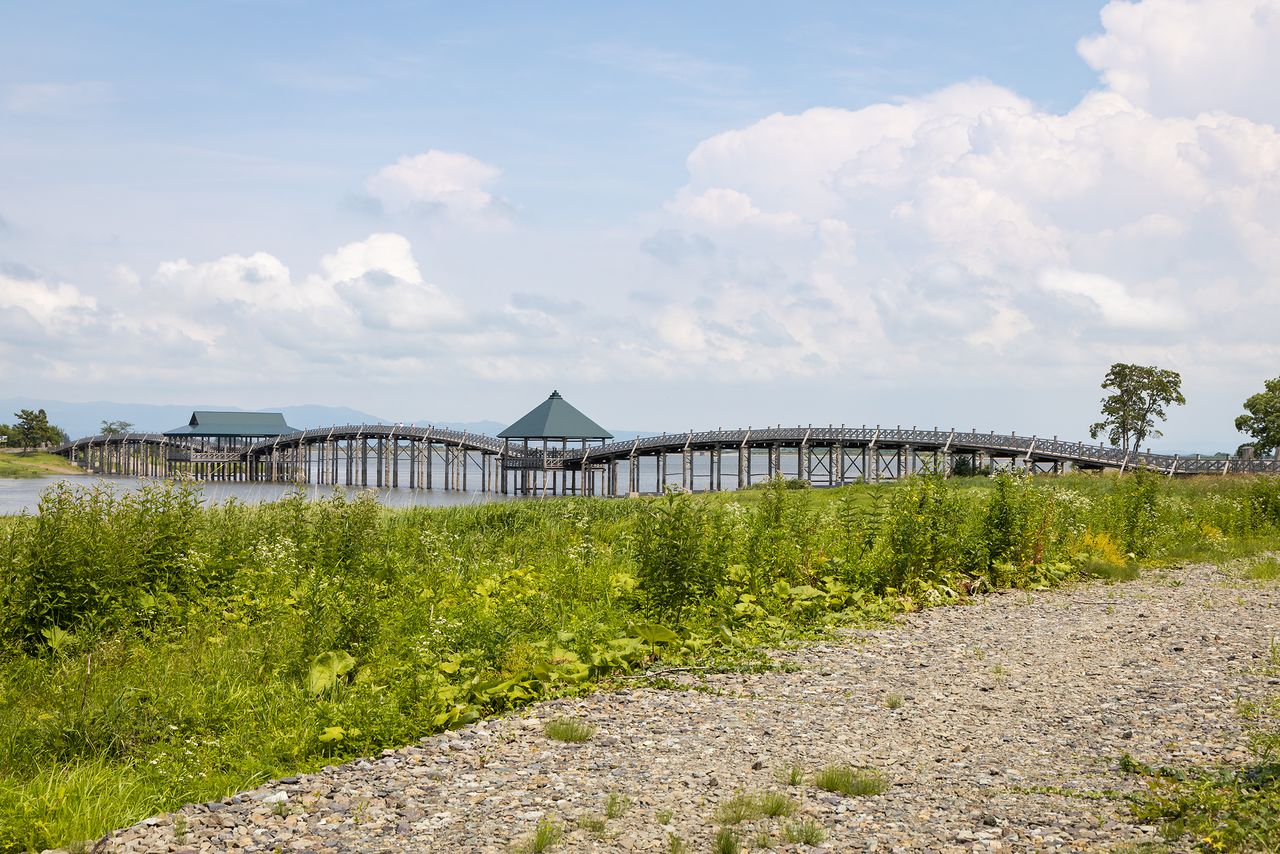 Fujimi Lake and Tsuru-no-mai Bridge as seen from the site’s main parking lot. 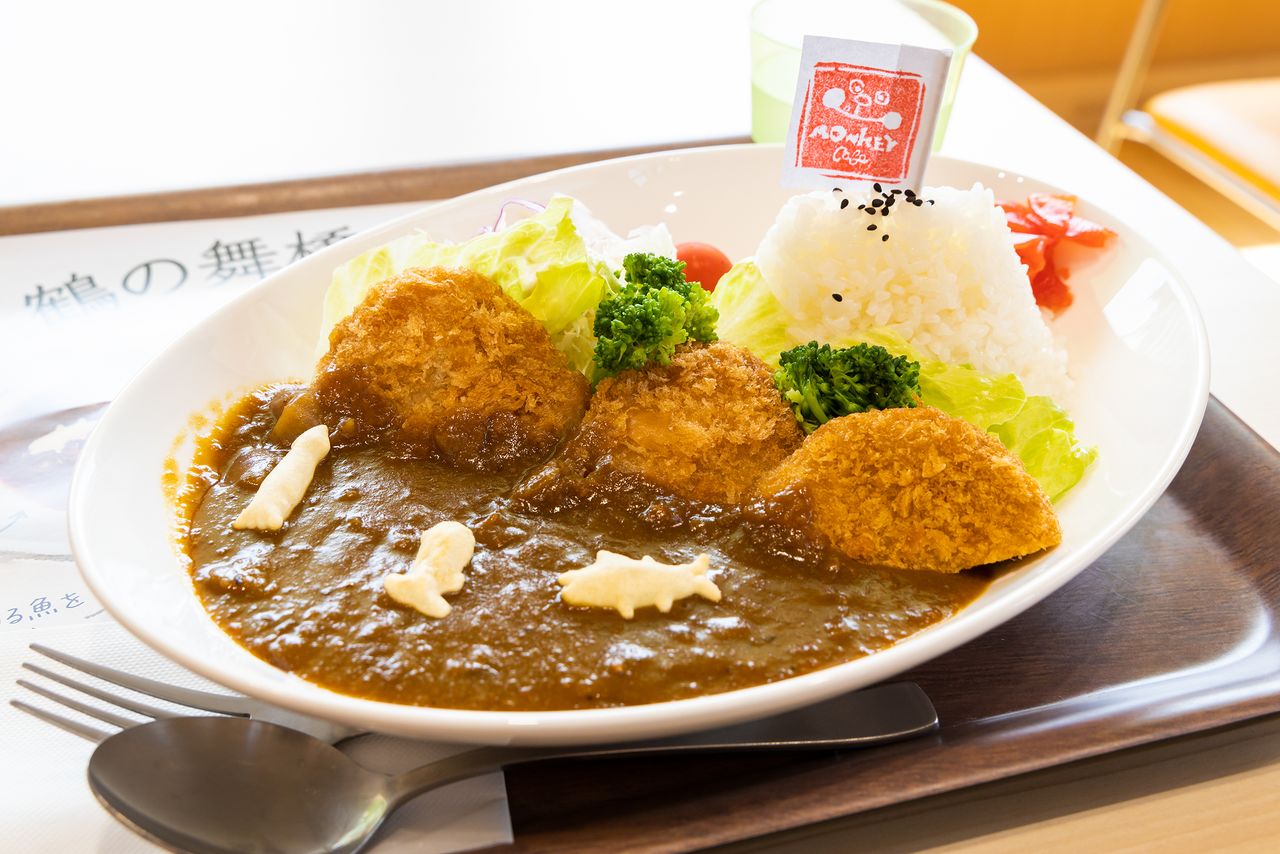 A café at the tourist center offers dishes inspired by the site, including curry featuring three fried pork cutlets representing the three spans of the bridge.