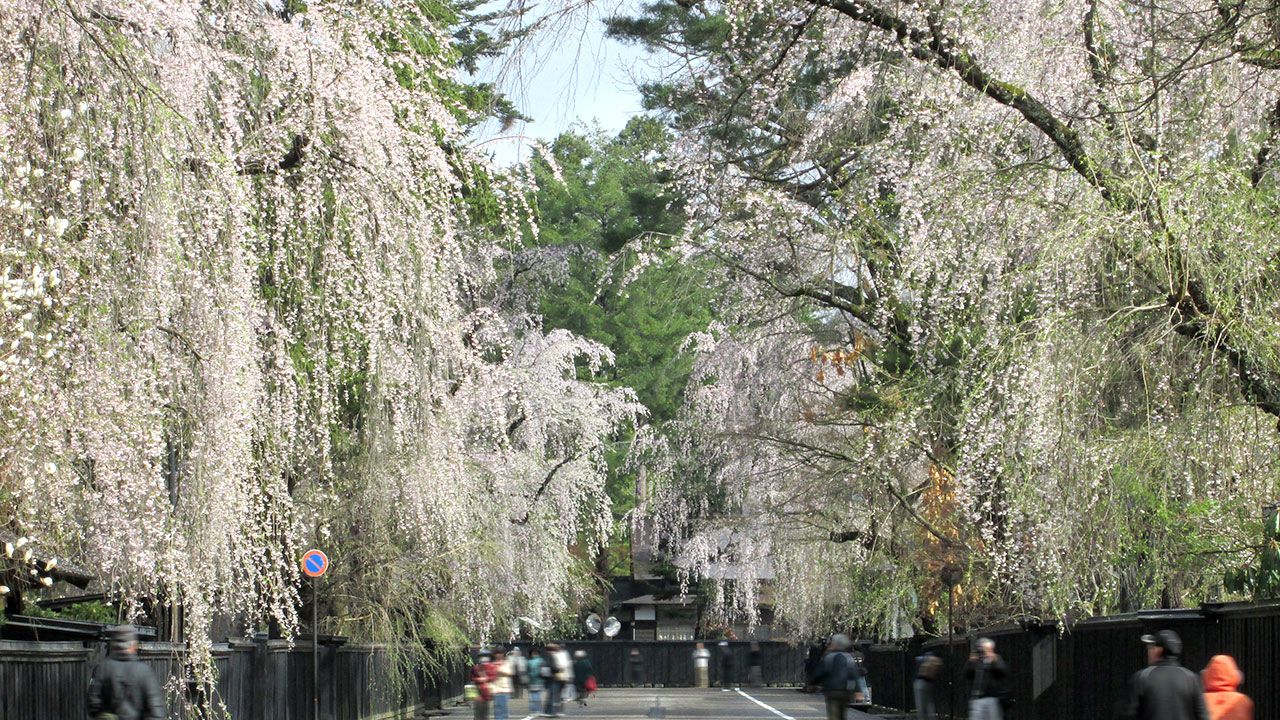 Travel Mar 12, 2020
The town of Kakunodate is known as the Little Kyoto of Tōhoku for its well-preserved traditional neighborhoods. The shidarezakura of the bukeyashiki (samurai residences) district and the somei yoshino along a 2-kilometer stretch of the Hinokinai River banks are jointly listed as being among Japan’s top 100 cherry blossom sites.

The weeping cherries along the street of stately samurai mansions originally came from Kyoto; three saplings were part of the trousseau a bride from the capital brought with her when she married a local lord in the seventeenth century. Of the 450 shidarezakura that now grow in the bukeyashiki district, 162 are nationally recognized as natural monuments.

The somei yoshino by the banks of the Hinokinai River, meanwhile, were planted by local residents in 1934 to commemorate the birth of former Emperor Akihito. The entire town of Kakunodate comes alive with color during the sakura festival in the spring.

Banks of the Hinokinai River (Akita)

Near the Banks of the Hinokinai River