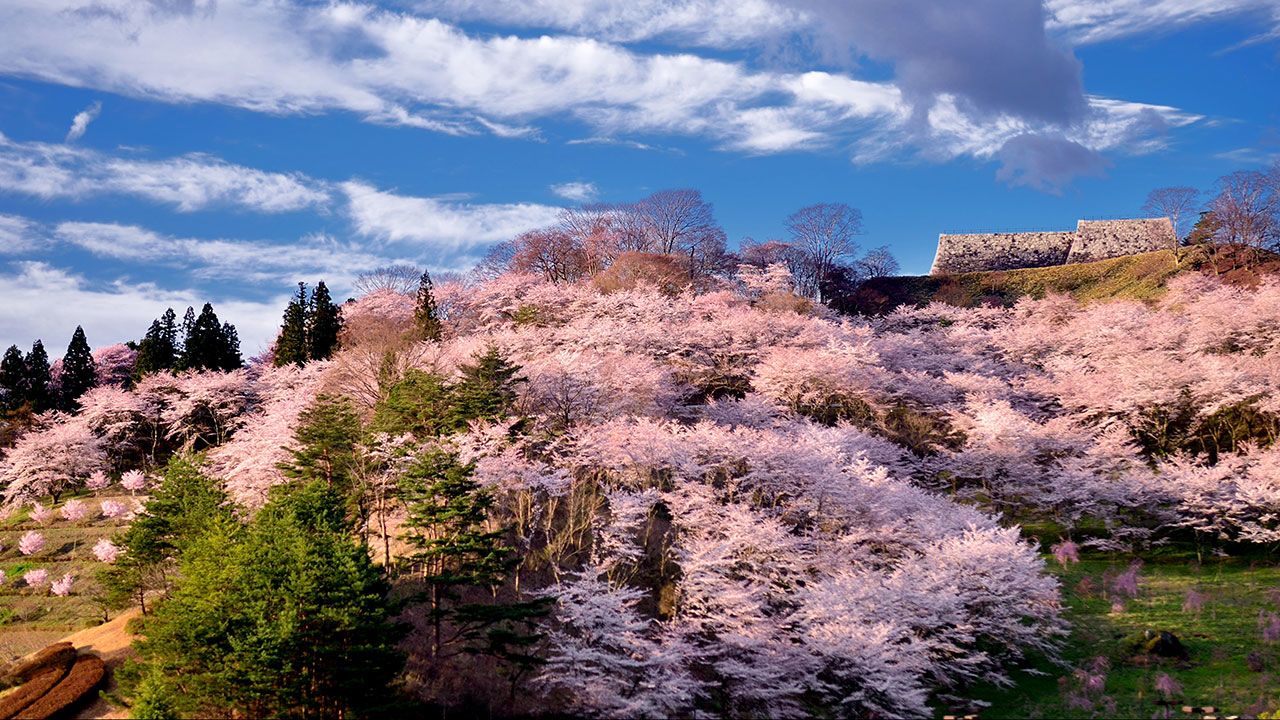 Mar 12, 2020
Kasumigajō (“Mist Castle”) served as the residence of the lord of the Nihonmatsu domain and was so named for the mist-like profusion of pink petals when the sakuras were in full bloom. The magic can still be experienced each spring, when the entire park is enveloped by somei yoshino blossoms.

A sakura festival with nighttime illumination is held when the cherries of Kasumigajō Park are in bloom. The park is also famous for its chrysanthemum festival in the fall, when visitors come to enjoy both the beautifully displayed flowers and the autumn colors.

Near the park entrance is a statue of the Nihonmatsu Shōnentai (youth corps), a group of teenage boys killed in 1868 during the Boshin War while defending the castle against a surprise imperial attack, when most of the regular troops were away. Fourteen boys aged 13 to 17 were killed in the battle, and they are heralded alongside the teens of the Byakkotai of neighboring Aizu, who also tragically lost their lives in the Boshin War.