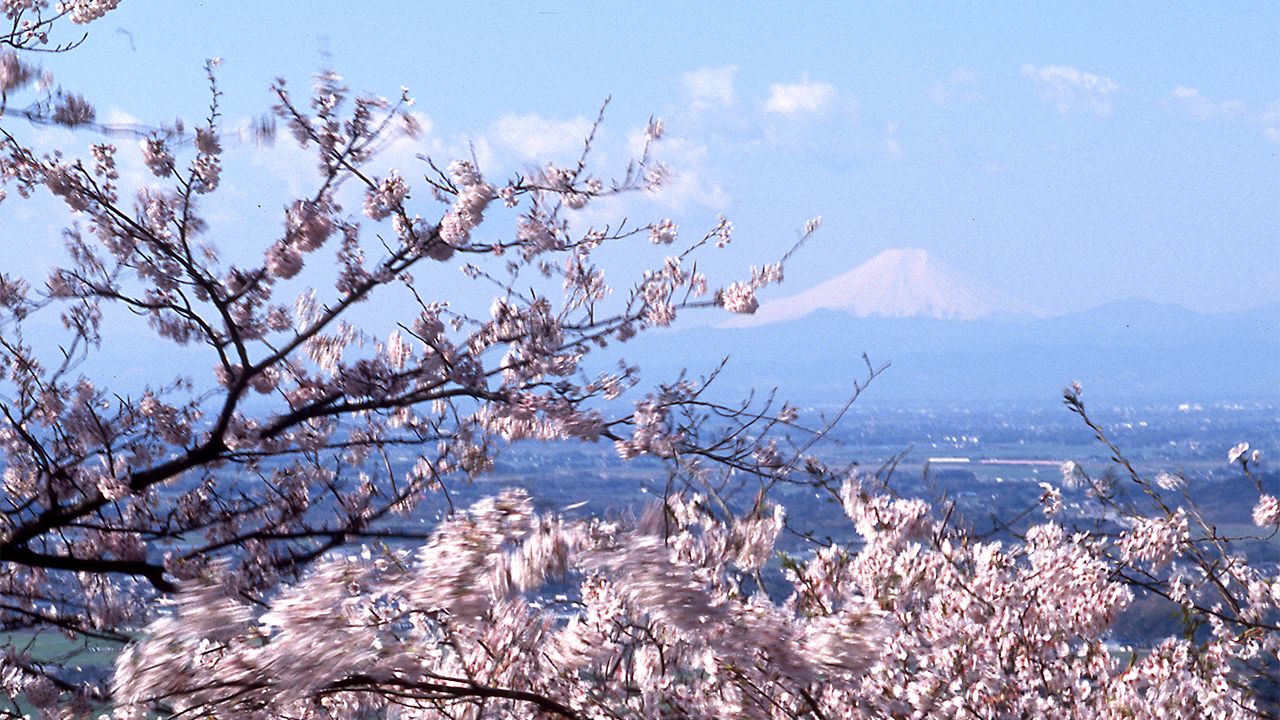 Travel Mar 5, 2020
The 2-kilometer scenic road from the foot of Mount Ōhira in the middle of Ōhirasan Prefectural Natural Park to the peak is lined with sakura trees, creating a tunnel of blossoms in early April. Near the summit is Kenshin-daira, a vista point affording a panoramic view of the Kantō Plain.

Kenshin-daira gets its name from Sengoku-period warlord Uesugi Kenshin, who is said to have been awestruck by the vastness of the Kantō Plain that appeared before him while conducting military exercises on Mount Ōhira. On a clear day, visitors today can see as far as the skyscrapers of Tokyo and even Mount Fuji. Try the three local delicacies—sweet dango dumplings, skewered yakitori, and rolled omelets—as a savory complement to a hanami outing.