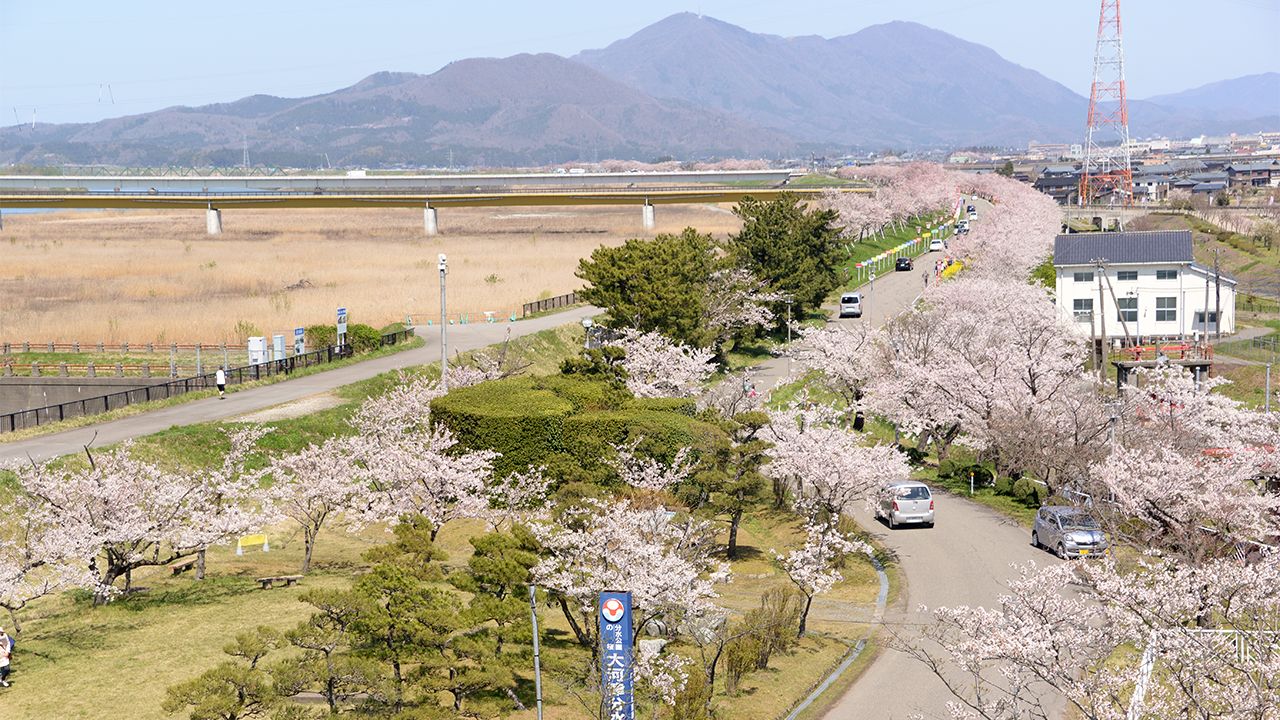 Travel Feb 19, 2020
Somei yoshino trees were planted along a 10-kilometer embankment to commemorate the completion of the Ōkōzu Canal—built to control flooding along the Shinano River. One highlight of the canal’s Tsubame Cherry Blossom Festival is a parade of oiran, high-class courtesans of ancient Japan, held on the third Sunday in April.

The Shinano is Japan’s longest river and brings many blessings to the people living along the basin. It has historically been prone to flooding, however, and has brought much destruction as well. The Ōkōzu Canal was built to control such floods, diverting water from the Shinano and channeling it to the Sea of Japan. Construction began in 1907 and took 22 years to complete. Thanks to the canal, the Echigo Plain has become Japan’s biggest producer of rice. A museum near the spectacular row of cherries houses exhibits on the history of the Shinano River and the Ōkōzu Canal.