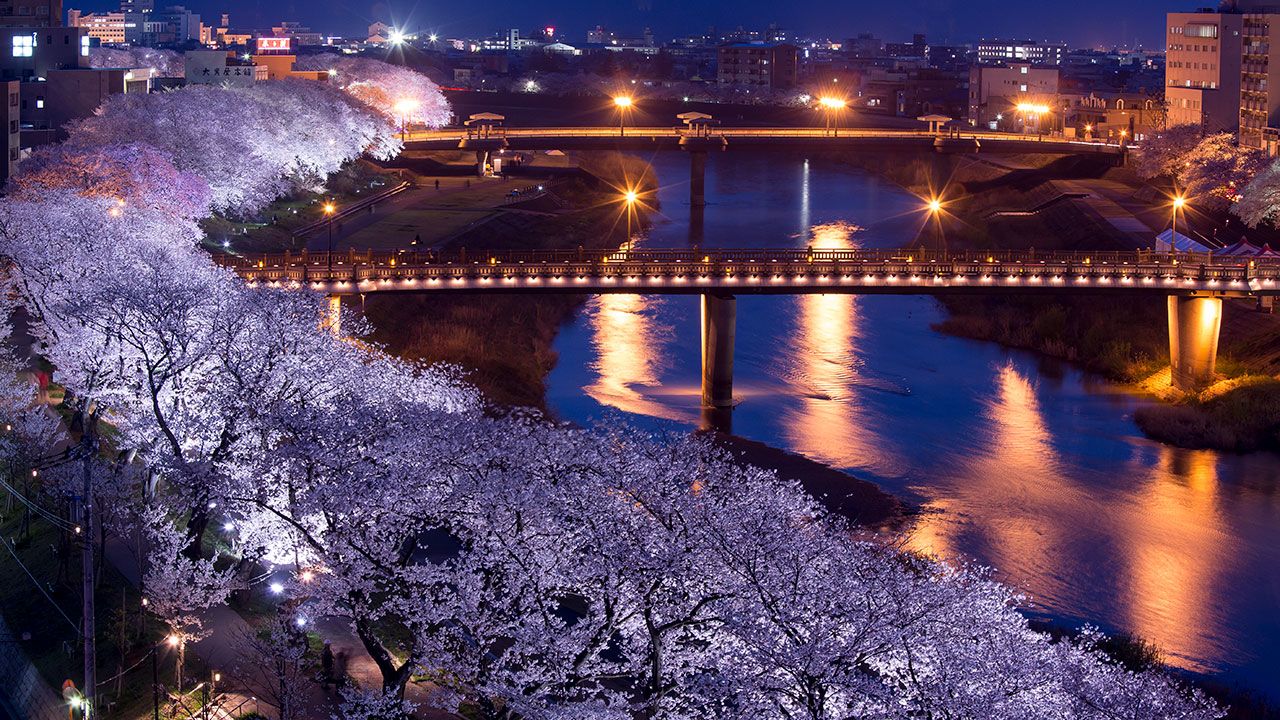 Travel Feb 19, 2020
The sakuras along the banks of the Asuwa River and those in nearby Asuwayama Park—centered on Asuwa Shrine—are together listed as being among Japan’s top 100 cherry blossom spots. The 2.2-kilometer tunnel of blossoms along the river is on a scale virtually unrivaled in the country.

The city of Fukui was devastated by air raids in the closing days of World War II and, just three years later, by the 1948 Fukui earthquake. With donations from local residents, the cherry trees of Asuwayama Park were planted in 1952 to coincide with an exposition held to promote Fukui’s reconstruction. An additional 1,400 trees were planted in 1989 to commemorate the city’s centennial, and today, the park boasts some 3,500 somei yoshino and other cherry trees.