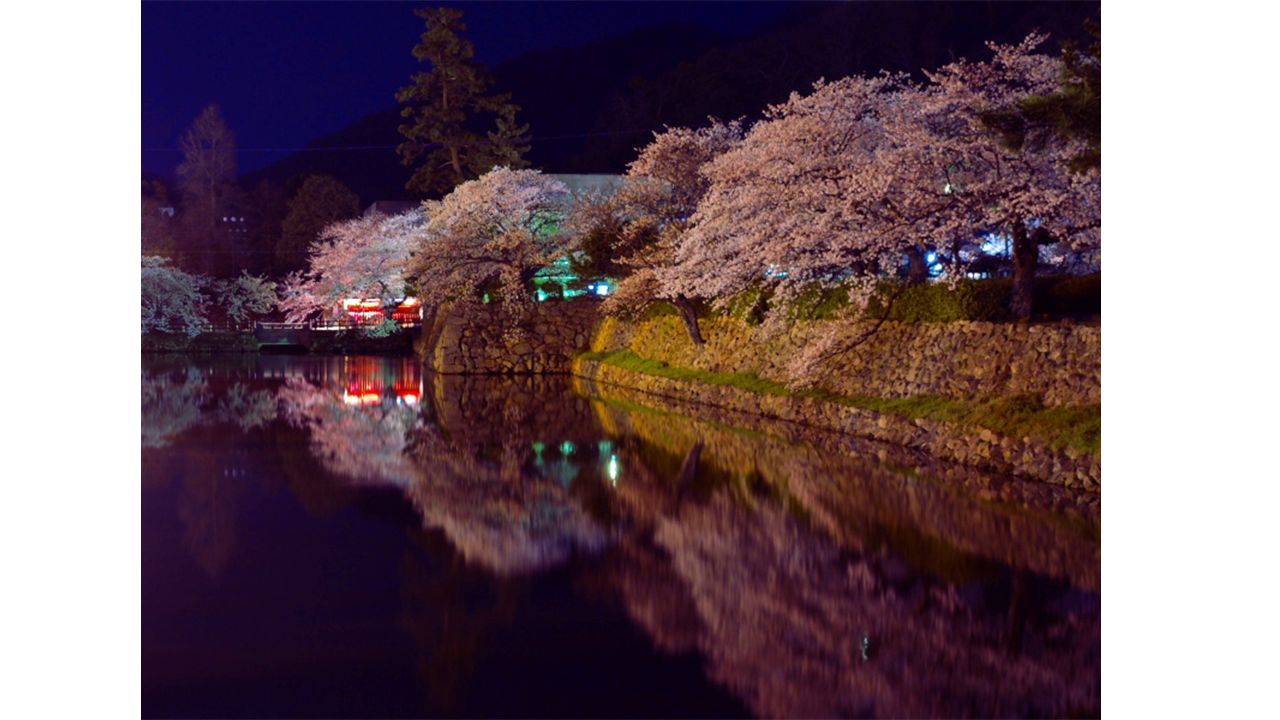 Travel Jan 29, 2020
The foot of Mount Kyūshō, atop which Tottori Castle once stood, has been turned into a park where roughly 240 somei yoshino and other cherry trees have been planted, mainly along the former moat. With lanterns illuminating the blossoms and stalls selling food and drinks, the park is a popular yozakura destination.

Tottori Castle is best known as the site of a merciless 200-day siege by Toyotomi Hideyoshi in 1581 that starved out the defending garrison. It was originally a quintessential yamashiro (mountain castle) that utilized natural defenses, but when it passed into the hands of Ikeda Mitsumasa—lord of Himeji Castle (now a national treasure)—in the Edo period, he replicated the latter’s style and moved the keep to the foot of the hill. Himeji and Tottori thus came to be known as “sibling” castles.