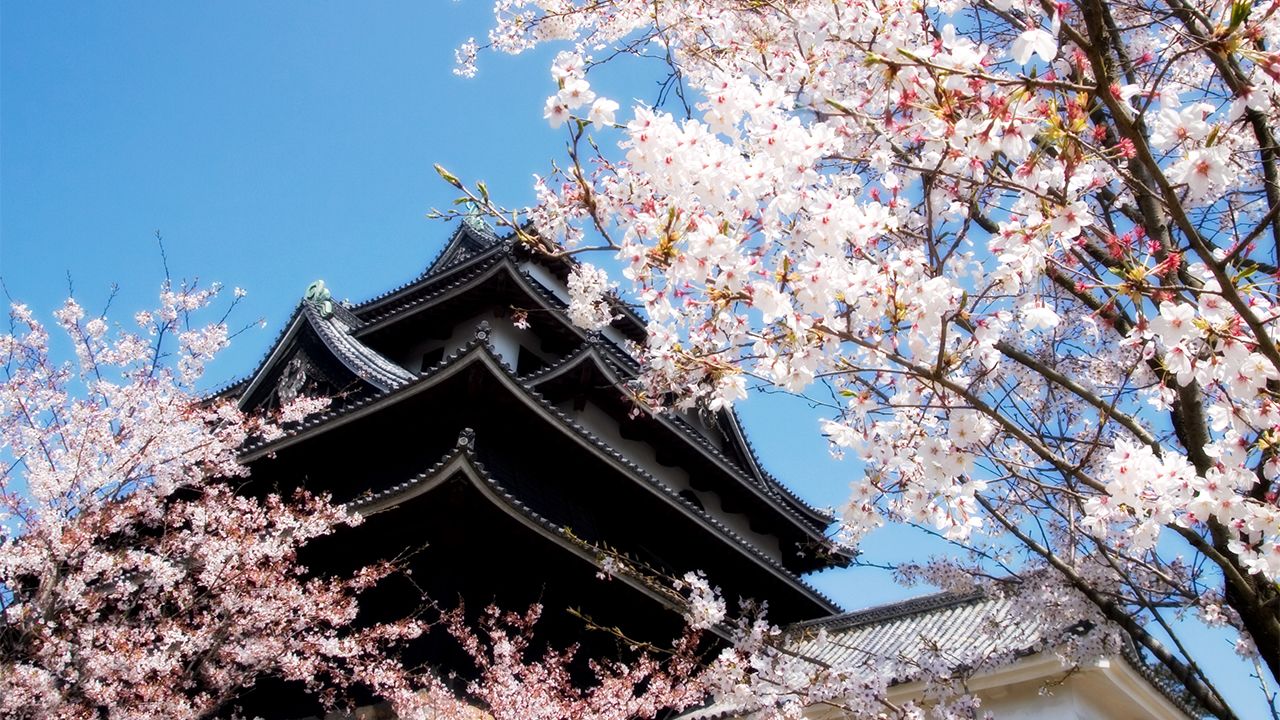 Travel Jan 29, 2020
Matsue Castle was designated a national treasure in 2015, and it is surrounded today by a park with some 200 somei yoshino, yaezakura, and shidarezakura trees. It is also a popular destination for yozakura lovers, as lanterns light up the beautiful blossoms during the hanami season.

Matsue Castle was built in the early seventeenth century and is one of Japan’s 12 surviving castles from the premodern era. Having originally served as both an observatory and command tower, the top floor of the castle keep offers a panoramic, 360-degree view of the surrounding Matsue townscape and Lake Shinji.