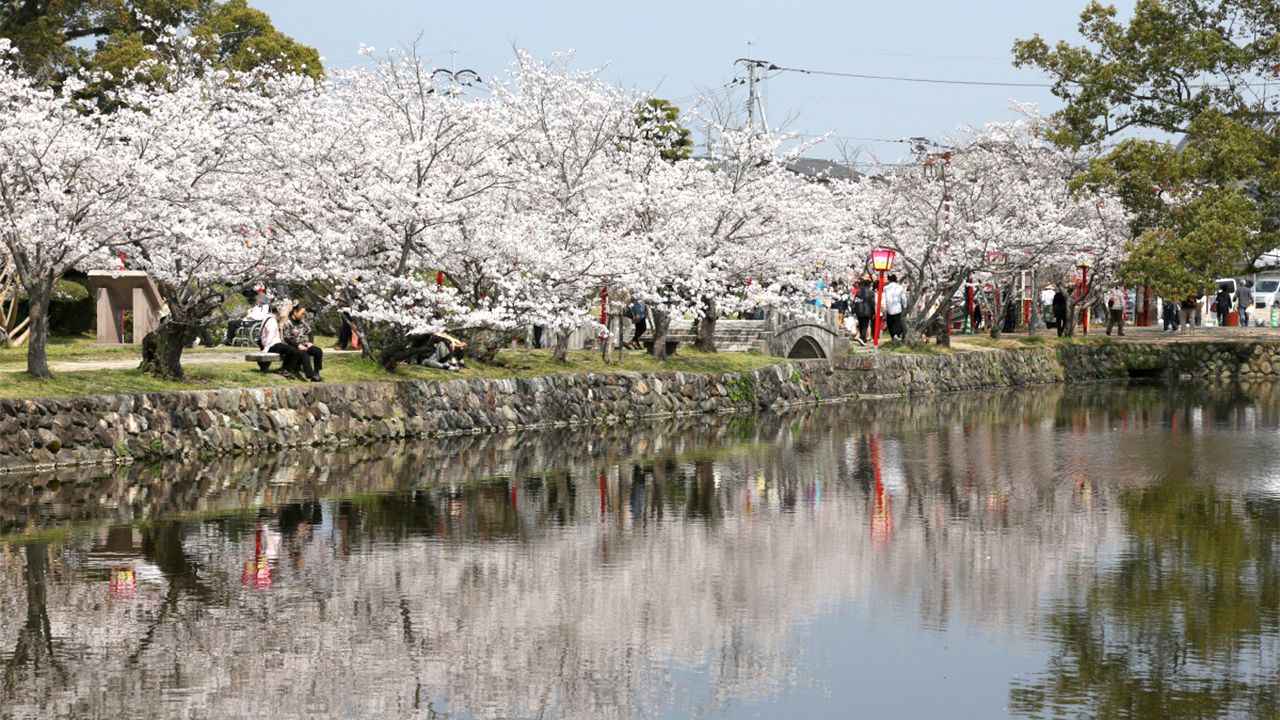 Travel Jan 21, 2020
What is known as Ogi Park today was originally the garden of Nabeshima Motoshige, the early seventeenth-century lord of the Ogi domain. He is also credited with adorning the garden with somei yoshino trees, of which some 3,000 now grow in the park.

Some 5,000 bamboo lanterns lit by candles dot the landscape during the height of the hanami season, giving visitors an unforgettable yozakura experience. Ogi Park is known not just for its magnificent cherry blossoms but also for its early summer azaleas and fireflies. Another landmark is a giant, 350-year-old conifer measuring 55 square meters that has been pruned in the shape of a cube.