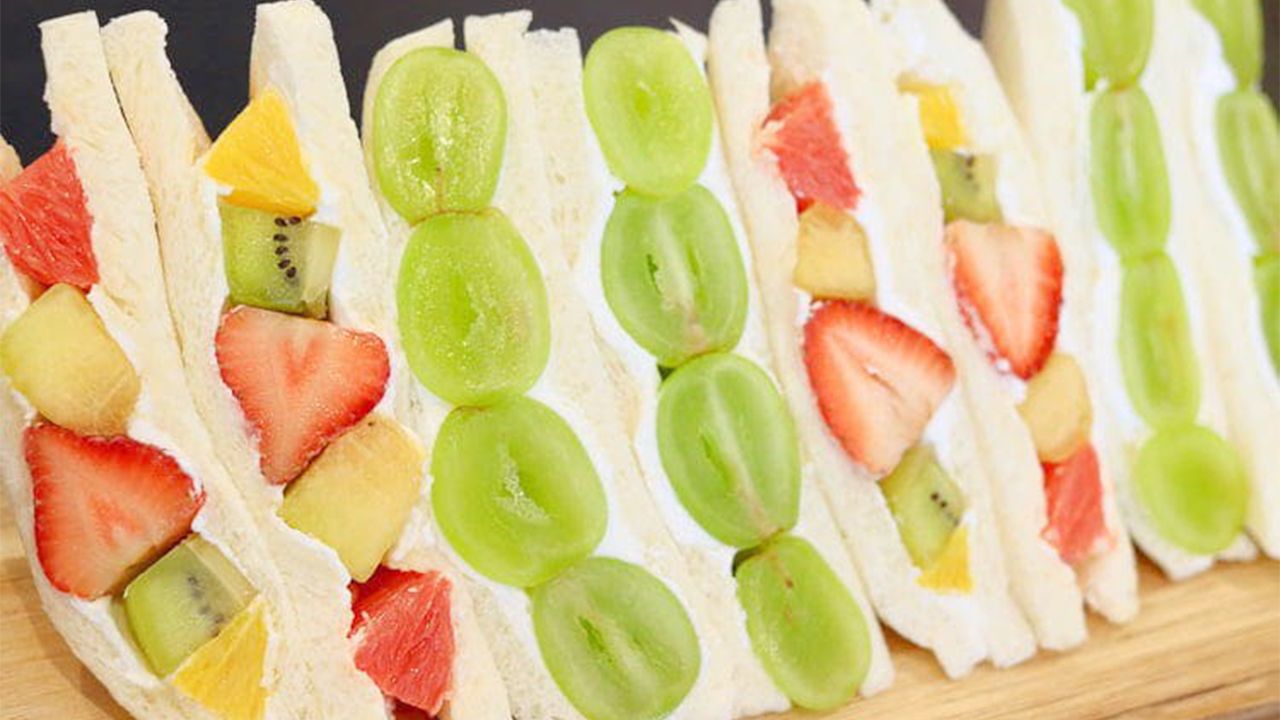 When it comes to packing picnic lunches in Japan, sandwiches are now as popular as onigiri (rice balls). Recently, Japanese social media has been flooded with photos of cut sandwiches—especially fruit sandwiches, a favorite dessert selection. The pictures often come with the hashtag #萌え断 (moedan), meaning “a cross-section” (danmen) that inspires strong affection (moe).

The upmarket Tokyo fruit emporium Imano Fruits Factory, operating in Kayabachō, Nihonbashi, since 1952, revealed its most popular fruit sandwiches. We also discovered how to prepare these treats.

The Secret is the Sweetness of the Cream 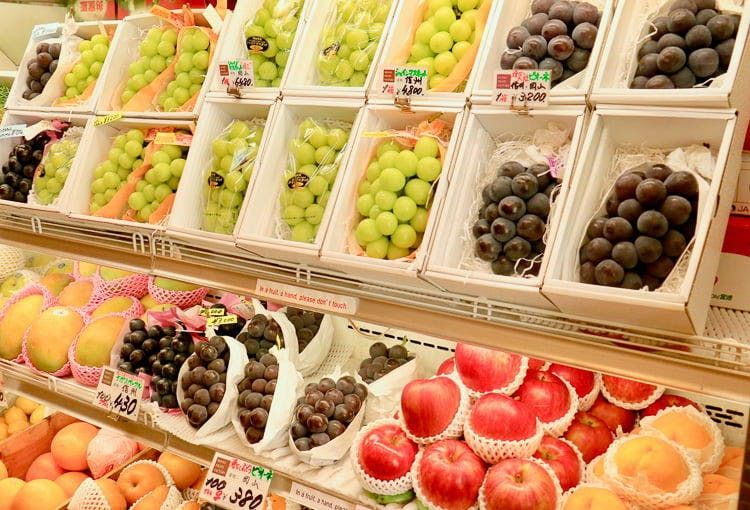 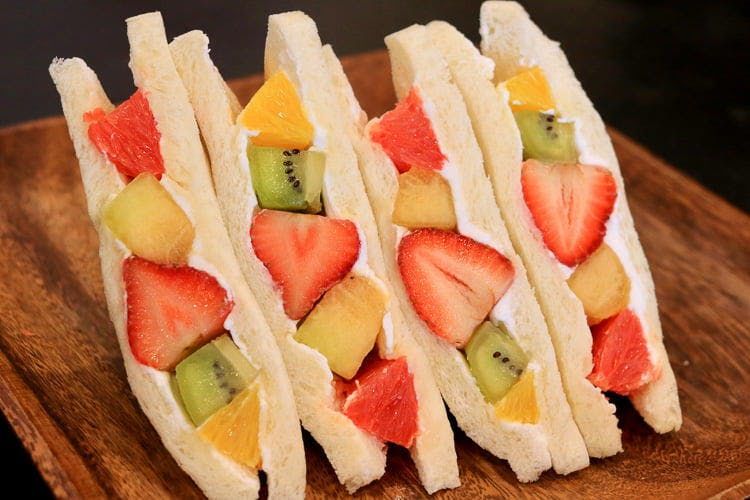 Consequently, the ingredients of the ever-popular Imano “mixed sandwich” changes with the seasons. Typically, fruit sandwiches contain three or four varieties of fruit together with jam, but Imano Fruits Factory’s manager, Imano Kunihiko, says his outfit uses six or seven types of fruit in large chunks.

He explains that it is harder to distinguish the taste if the pieces are small or the fruit is thinly sliced. Imano fills its sandwiches with large portions of fruit to bring out the full flavor of each one. This produces an alluring cross-section when the sandwiches are cut.

The day our reporter visited, Imano’s Mixed Sandwich contained strawberry, kiwi, pineapple, grapefruit, orange, and banana. The sweet juiciness of the big chunks was mouthwatering. The price for a mixed sandwich fluctuates, but they are often under ¥500 each—quite reasonable, considering the cost of the individual ingredients. Seasonal variations include persimmon and pear in fall and sweet, mandarinlike dekopon and other citrus fruits in winter. 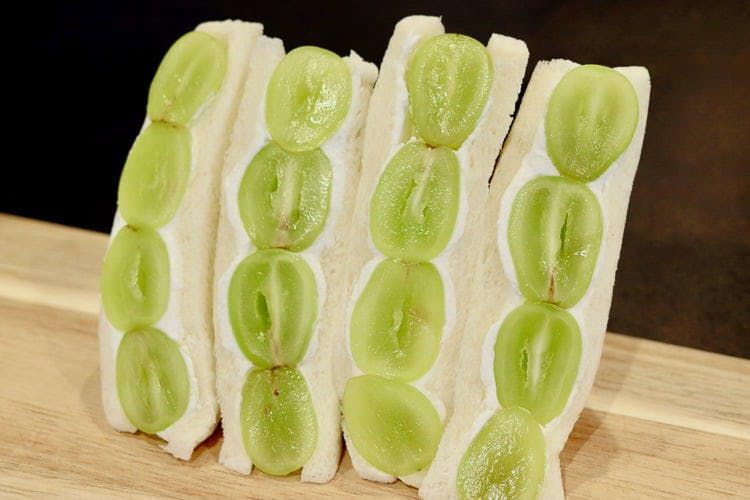 Currently, one best-selling sandwich features the Japanese grape variety Shine Muscat. Imano deliberately selects large, attractive fruit for its creations. At times, the shop even uses premium Hare-ō Shine Muscat grapes from Okayama Prefecture, worth over ¥7,000 a bunch. The sandwiches costs upwards of ¥540 each, subject to the market price of the grapes.

They have a surprisingly strong muscat taste, and sweetness permeates the taste buds with each bite, exquisitely partnered with the bread. 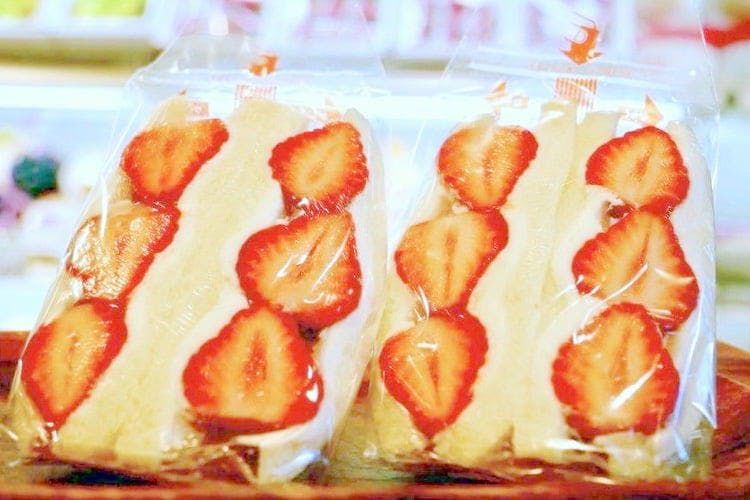 Another huge favorite is their line made with prime Ama-ō strawberries, available from late November into winter. With an eye for quality, Imano procures the biggest and best crop. Sandwiches are priced from ¥540 each, subject to the market.

The key point for all of Imano’s fruit sandwiches is their incorporation of the highest quality fruit available at any given time. Another secret is the subdued sweetness of their cream. Imano says this is essential to allow people to fully appreciate the fruit’s richness.

Make Your Own Moedan Sandwiches! 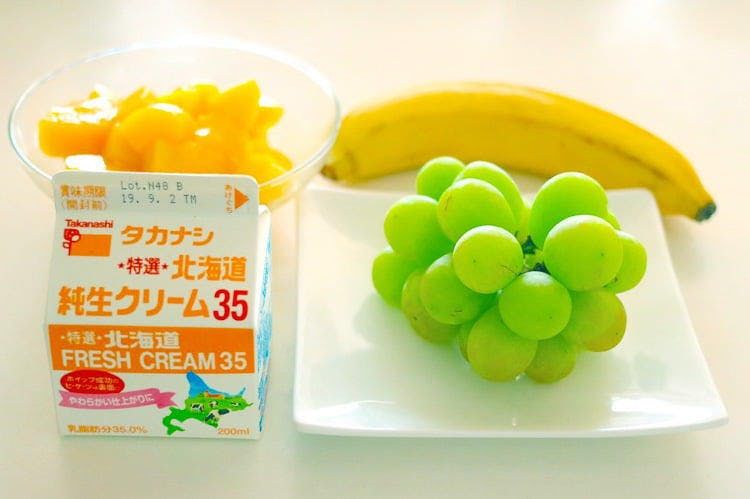 They can be made with as few as one variety of fruit, but to reproduce Imano’s mixed sandwich, select fruit that are as colorful as possible. For example, ruby grapefruit, kiwi, and golden peaches would create a vibrant combination.

We incorporated banana, a common ingredient, with golden peaches to add punch. For brilliant color at an affordable price, we chose canned peaches rather than fresh. Finally, we sourced Shine Muscat grapes, which are in season now, for a splash of green. If you are not fussy about using premium brand products, the grapes are available at supermarkets at a reasonable price.

To strike a balance between the taste of the bread and the contents, we chose a medium-thin “8-slice” half-loaf. Japanese people tend to remove the crust, so why not make both styles and taste the difference? 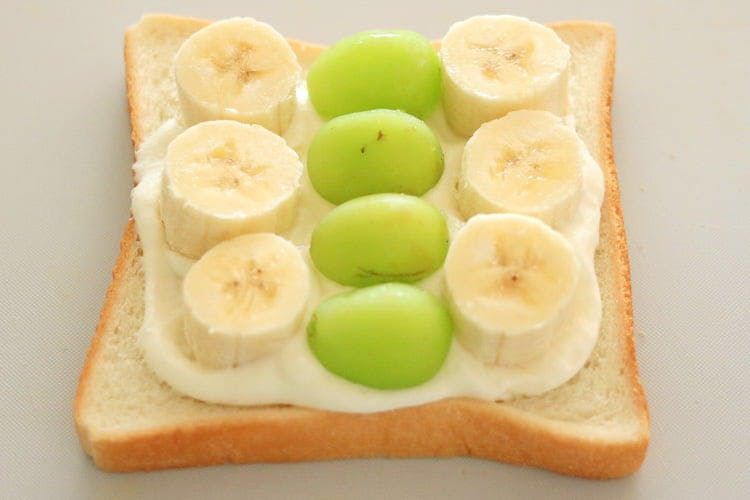 Whip the cream until it forms fairly stiff peaks. Based on Imano’s suggestion, we used less sugar than recipes typically require.

Spread the cream generously on the bread, then add the fruit. To ensure that the grapes appear in the cross-section when the sandwich is cut, grapes of a similar size must be placed in the center of the bread. Use banana alongside to hold the grapes in place. 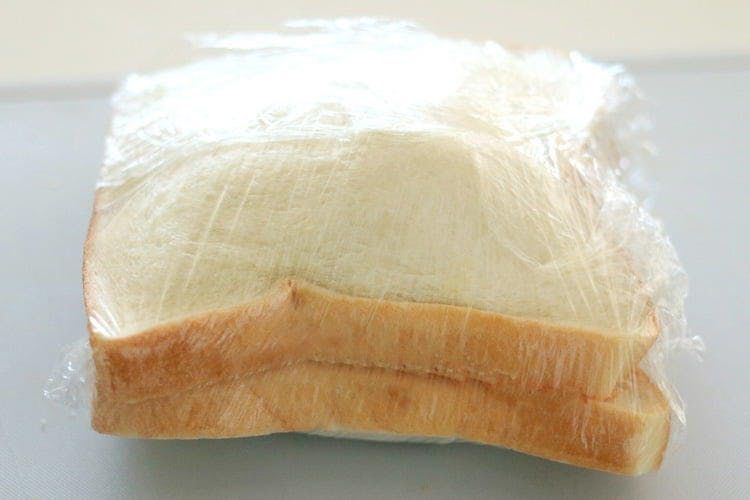 Once the sandwich is assembled, wrap it in cling film and chill for one hour in the refrigerator. The cling film should be tight enough to keep the ingredients in place without squashing the bread.

The next step is to cut the sandwich. For sandwiches with many ingredients, a cleaner cut can be achieved by cutting the sandwich while it is still wrapped. 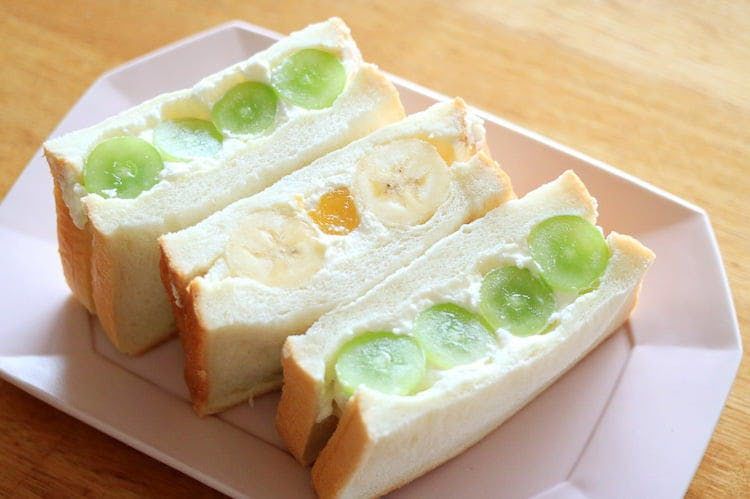 Unfortunately, when we tried, despite a clean cut through the fruit, the cream stuck to the wrap, creating a less than perfect finish. This indicates that the sandwich needed longer in the refrigerator.

But when chilled for one hour longer . . . voilà! 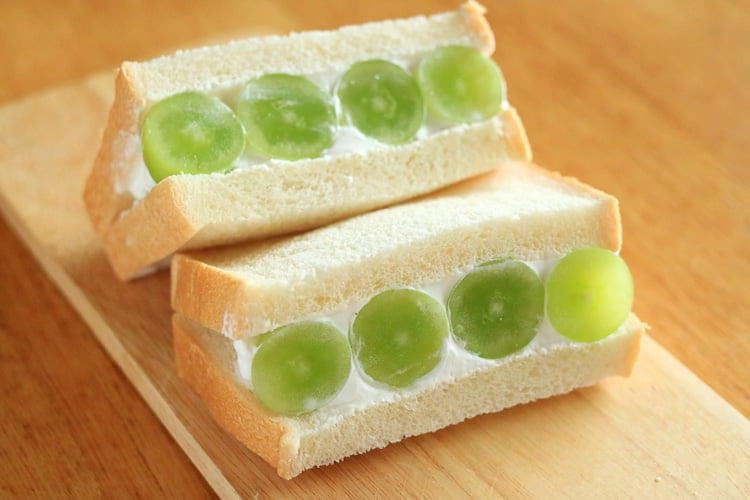 We managed a clean cut both of the grapes and the cream, resulting in a spectacular moedan cross-section. This shows that greater control can be achieved if the cream is hardened longer. Next, the sandwich should be chilled in the freezing compartment. This is crucial for producing fruit sandwiches with a perfect moedan.

As winter approaches, strawberries hit the shelves, and they are definitely recommended for sandwiches. Strawberry sandwiches are easy to make, children love them, and they are perfect for home entertaining.

(Information current as of November 2019. Please check for updated information before visiting.)

(Originally published in Japanese on TV Tokyo Plus on November 2, 2019. Translated and edited by Nippon.com.)