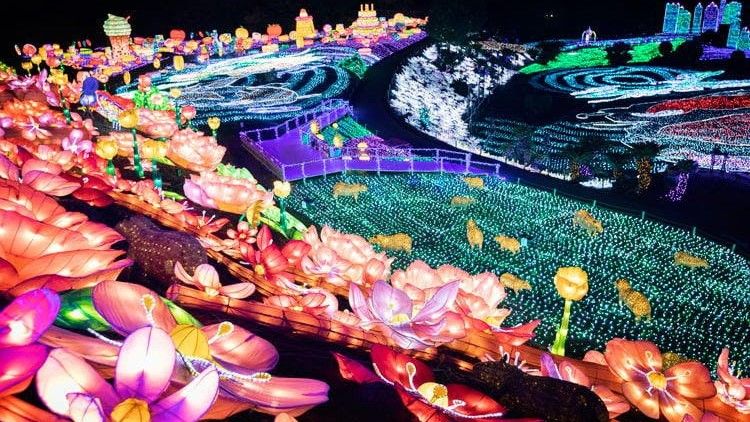 Travel Feb 3, 2020
One of the charms of the winter season in Japan is the chance to view illuminated fantasy worlds sparkling in the winter air.

Marumaru Motoo is a connoisseur and producer of yakei (night scenery), who travels the country to view the most spectacular illumination displays and lit-up cityscapes. We asked him to recommend five must-see attractions in Japan. Popular illumination displays are crowded during the Christmas and New Year’s season, so now is the time to take in the sights at a more relaxed pace. 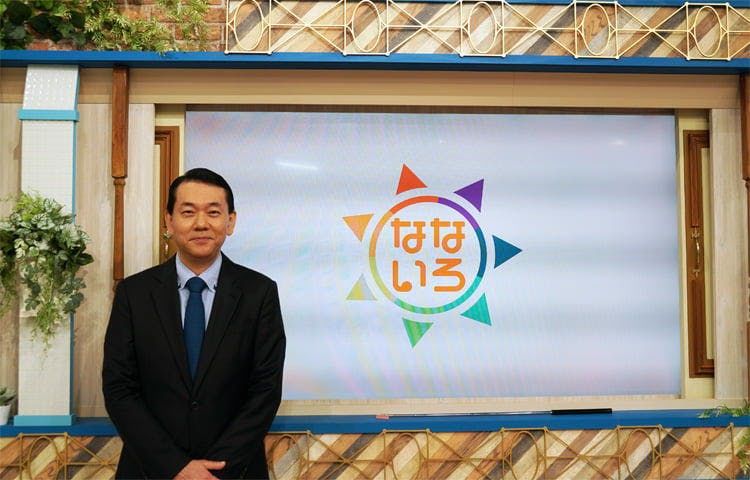 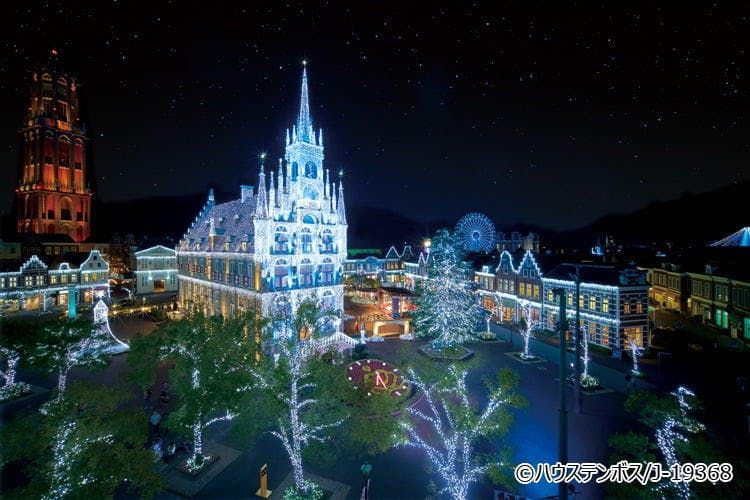 Held until Wednesday May 6, 2020, at the Dutch-style Huis Ten Bosch theme park. 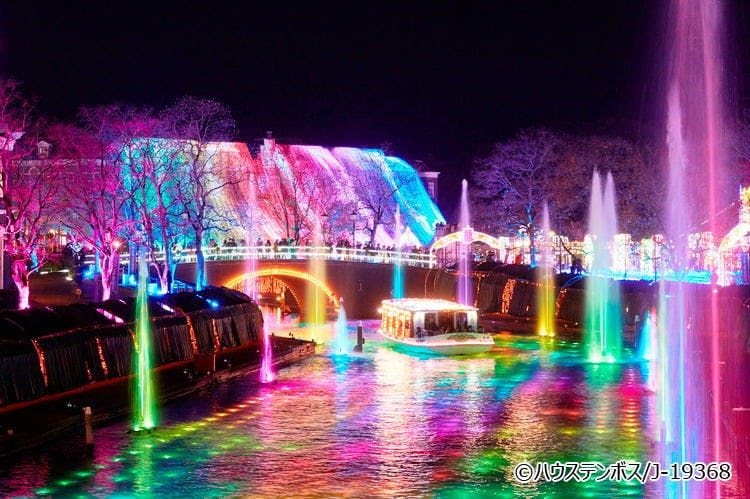 Kingdom of Light has been the top-ranked illumination display in Japan for seven years running. Around 13 million bulbs are used to create a fantastic, shining city within the Huis Ten Bosch theme park. There are endless sights, starting with the Wishes Wonderland display of snow-like light that debuted this season, and also including the Illumination Ferris Wheel that offers views overlooking the theme park, the blue-tinged Light Waterfall & Blue Wave display, and the colorful and upbeat Canal of Light & Fountain display.

“With illumination displays becoming more outlandish every year, it seemed a throwback but at the same time novel to turn a whole area snow white. The audacity and sensibility needed to pull this off was impressive!” (Marumaru Motoo)

“After visiting a colorful and bright area, viewing the all-white display of Wishes Wonderland makes you appreciate even more the world of color.” 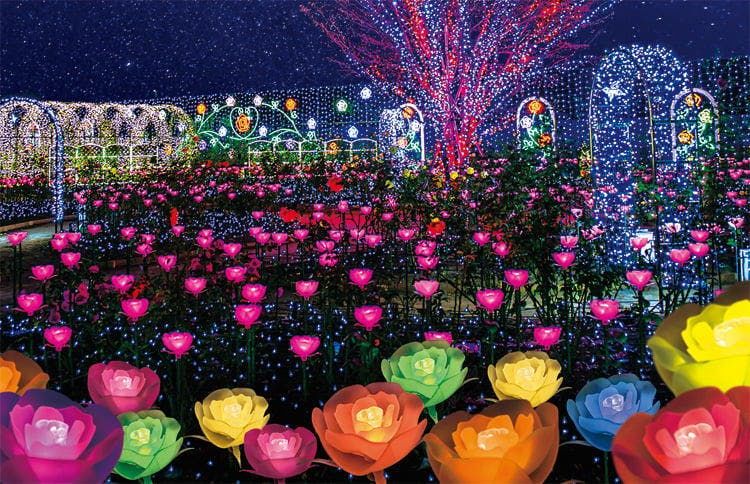 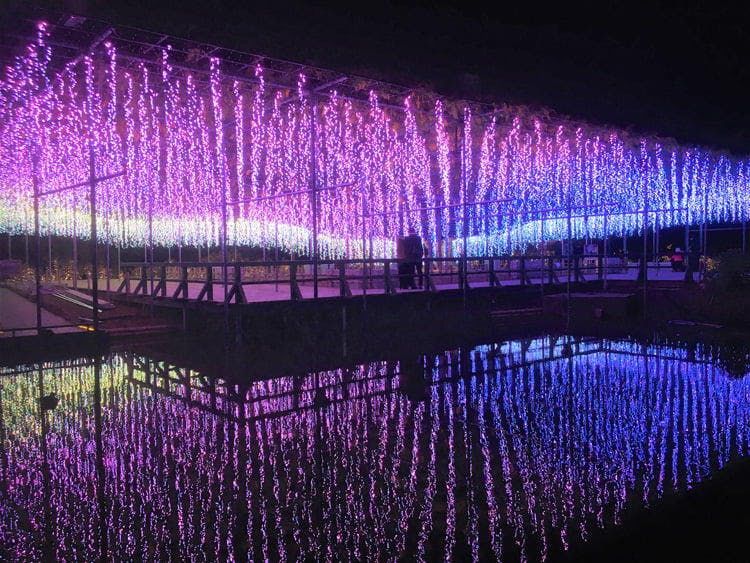 This is one of Japan’s three largest illumination areas. The 94,000 m2 park is decorated with over 5 million LED light bulbs. The Miraculous Great Wisteria display uses four different colors for each light bulb, applying the magic of illumination to express the beauty of the changing color of wisteria. Spectators can also take in the fantastic sight of the flowers reflected in the surface of the water.

“The theme park suffered some typhoon damage but the local people pulled together to get the illumination displays back up in just two weeks. The Garden of Illuminated Flowers display is known for having Japan’s best ‘analog’ illumination, with everything handcrafted. The landscape designers, who know about real flowers, painted over the LED lights to get the most natural colors possible, while also shaping them so they look realistic.” 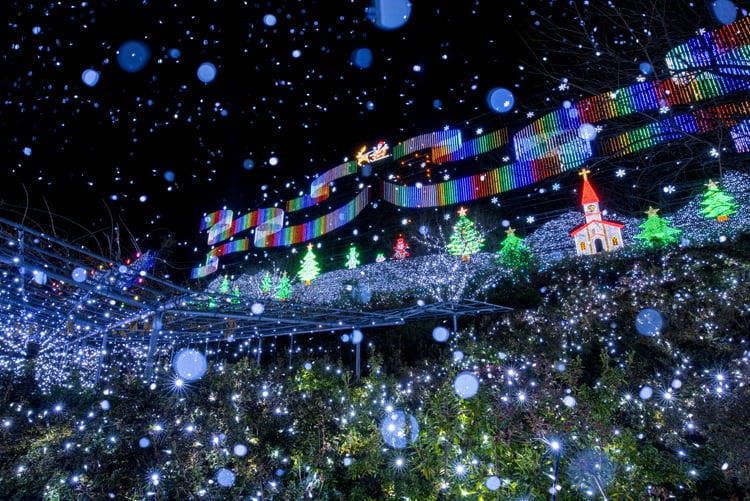 “As you walk around the huge theme park you can enjoy the sight of each flower you come across, but then if you turn around to take in the whole view, you can experience an entirely different sensation.” 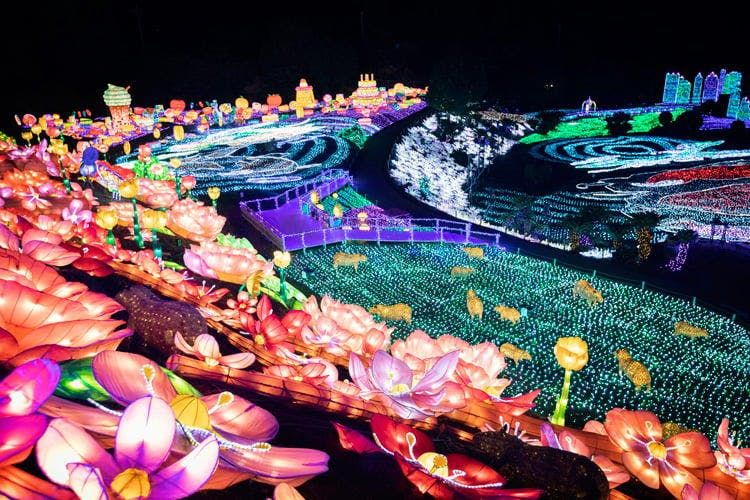 Izu Granpal Amusement Park welcomes children, adults, and even dogs, offering the chance to not just view but also experience illumination attractions. Current plans are for the illumination to be held until Monday, August 31, 2020. 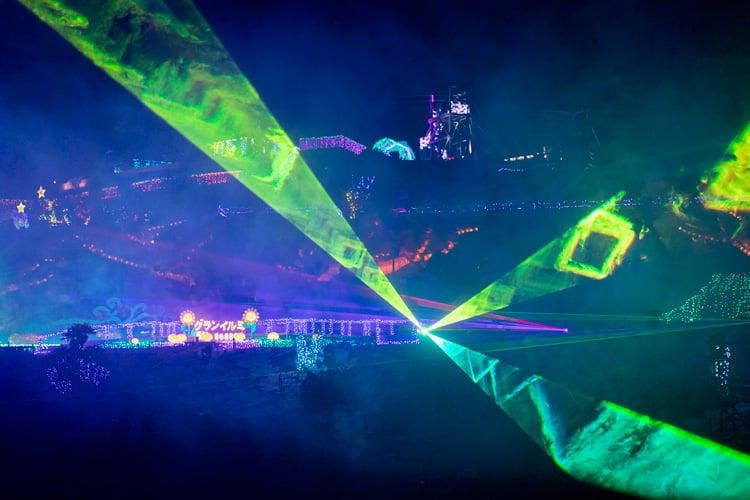 The park offers visitors a number of shows at 10-minute intervals, including the Light and Sound Show, featuring illumination that dances in rhythm to music; the Full Color Laser Show, which unfolds a fantastic world that is as vibrant as an aurora; and the Grand Vision Show, which uses a massive LED display synchronized with music. Another popular attraction is Ryūsei, which offers the experience of gliding over an illumination display on a zip line.

“This is the forerunner of the ‘experience-based’ style of illumination. One characteristic of the park is that it brings together, in one area, the light technology of Japan, featuring a huge range of different light textures through the use of LED bulbs, lanterns, and other light sources.” 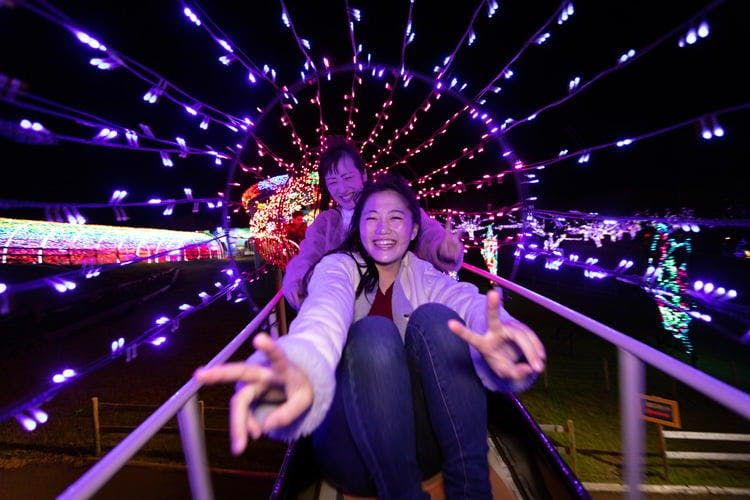 “When you view the illumination speeding past you while riding the zip line, your impression of the lights will be completely different than when you look at them while strolling along.”

Lights and Romance on the Shōnan Coast 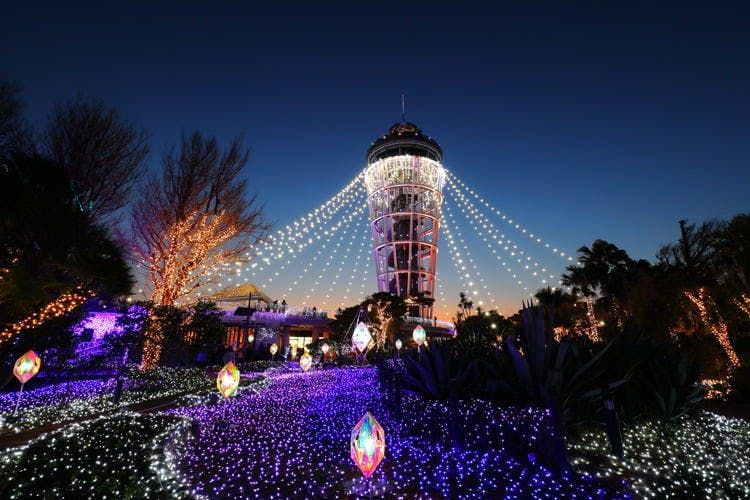 A festival of lights and colors illuminating famous spots in Enoshima, centered on Enoshima Candle, the symbol of Shōnan. The illumination will be held until Sunday, February 16, 2020. 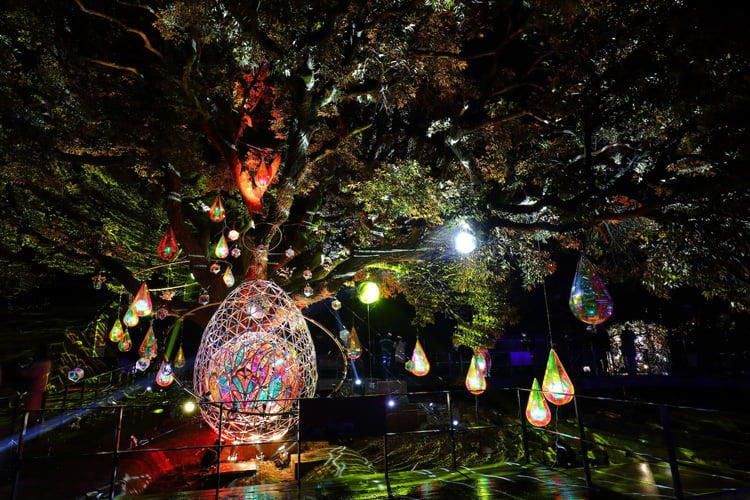 The Finale of Shōnan no Hōseki, held during the final week of February 8 to 16, will feature the interweaving of light by using mirror-balls and other reflection devices.

“The beautiful design of the illumination is a feature. Instead of using primary colors for the lights, there are pastels and “sherbet tones” that are easy on the eyes. The light reflected from the crystals and other objects placed in between the light sources is also beautiful. On the path exiting the park there is an observatory deck with views overlooking the illuminated yacht harbor. Be prepared to wait in some lines at the park because it is very popular, especially among young couples.” 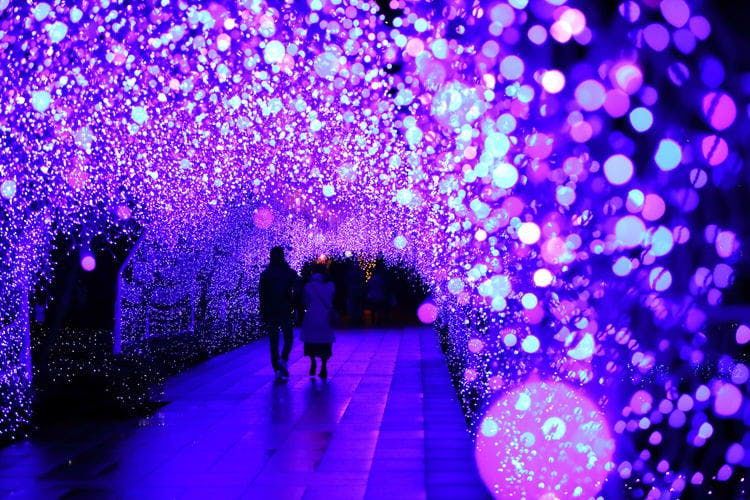 “The sky at dusk is particularly beautiful, with a view of the illumination combined with Mount Fuji and the nighttime cityscape of Shōnan.”

Colors that Suit a Tropical Setting 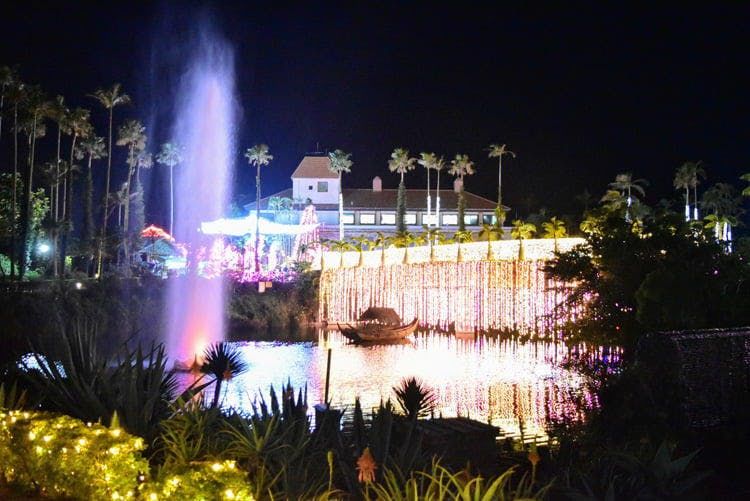 Held until Sunday, April 5, 2020 at Southeast Botanical Gardens, a spot on the southern tip of Japan where visitors can encounter animals and nature. 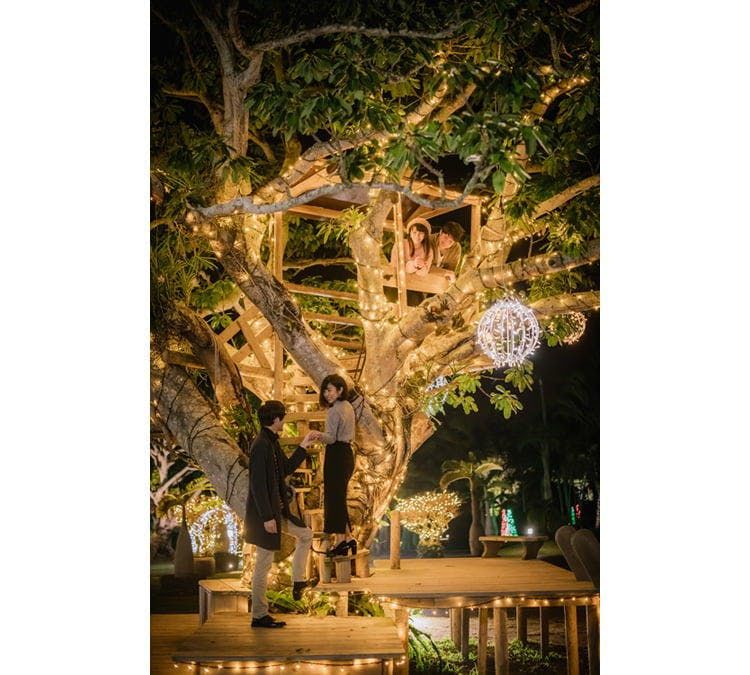 A warm illumination display that suits the setting of a botanical garden. The various displays include Lotus Flower Illumination, with lighted lotus flowers floating on the surface of water, as well as the Light Tunnel, Tree House, Light Carpet, and Love Spot areas.

“The illumination recreates alluring tropical flowers. The displays offer the novel experience of the colors and shapes of Okinawa’s natural world. Visitors can enjoy these magnificent sights as they tool around the botanical park in a cart.” 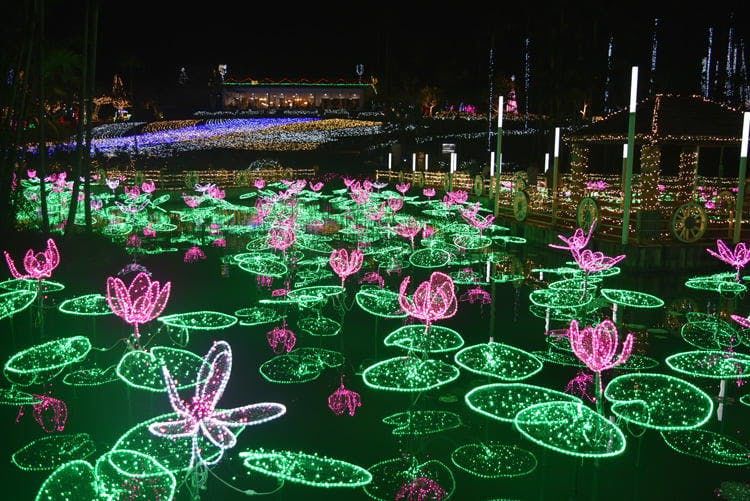 “Illumination tends to be associated with cold weather, but since the weather in Okinawa is much warmer than other parts of Japan, you don’t have to seek refuge from the cold and can enjoy the lights for a longer time.”

Getting the Most Out of Illumination Viewing

Here are some points to keep in mind to appreciate illumination displays to the fullest and take great photos for Instagram.

“Be sure to dress warm so you won’t have to go home early because of the cold, thinking particularly about your ears, neck, back, waist, arms, and legs. I always use a kairo heat pack for my back and waist, and wear gloves and thick socks. On top of this, it’s important to wear comfortable shoes because you’ll be walking a lot.”

“If you pay attention to contrast, you can take beautiful photos of illumination displays. I think that photographs turn out better, with a sense of scale, when you create perspective through various kinds of contrast, such as including colder colors in the foreground and warmer ones further back, or lights in the front and trees in the background.”

(Orignally written in Japanese by Fushimi Kaori and published on TV Tokyo Plus on January 5, 2020.)