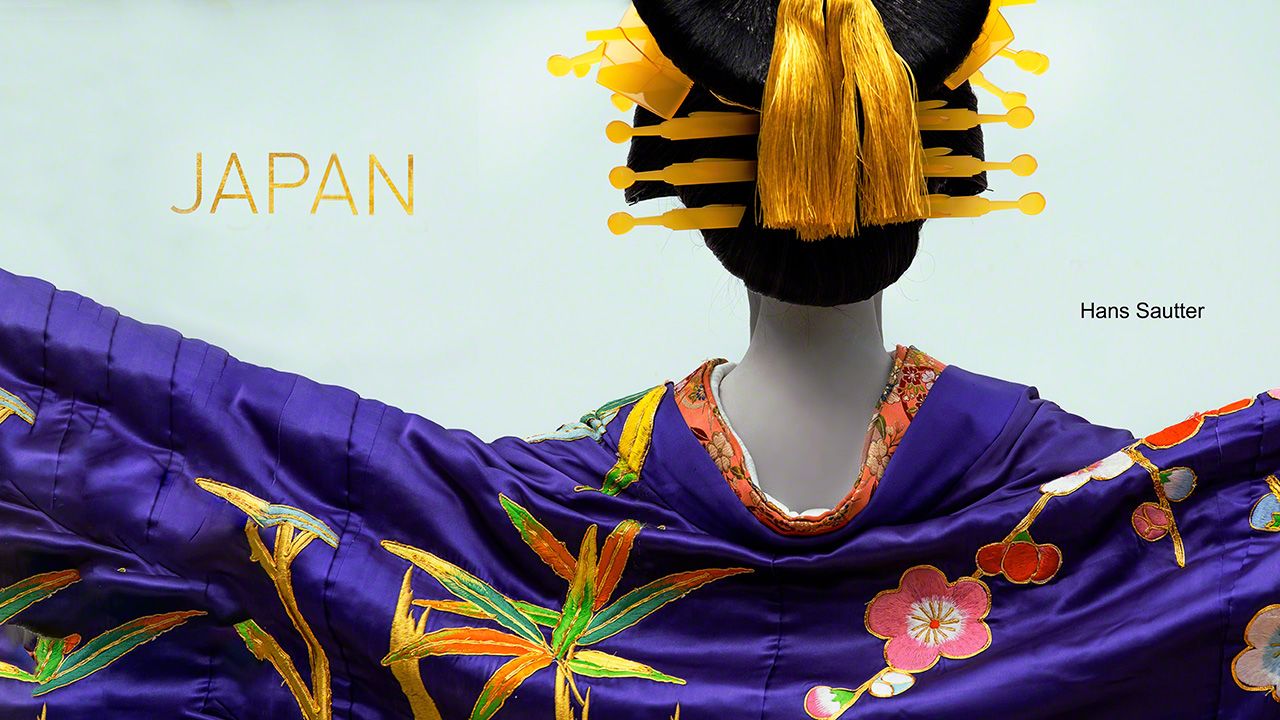 Lifestyle Art Dec 18, 2020
The photographer Hans Sautter introduces his new work, Japan, a massive collection of images encapsulating the country that has held his gaze for more than four decades.

In 2015, a German editor proposed another book on Japan. My reaction was dispassionate. I was fed up with the idea of doing another book repeating the idealized image of Japan after more than 40 years in the country. This romantic image of Japan seems to have been perpetuated since the nineteenth century by editors and publishers.

Unlike most expats here, Japan was never my destination but a layover on my way to Australia in 1972. I had no interest in shrines, temples, gardens, or what is generally promoted as Japanese culture in the West.

Tokyo clashed with images of elegant wooden houses and smiling, kimono-clad ladies evoked by those clichéd fantasies of Japan. The city appeared as a dense, chaotic urban jungle, an endless sprawl of concrete and steel, seemingly held together by a tangled net of overhead wires. 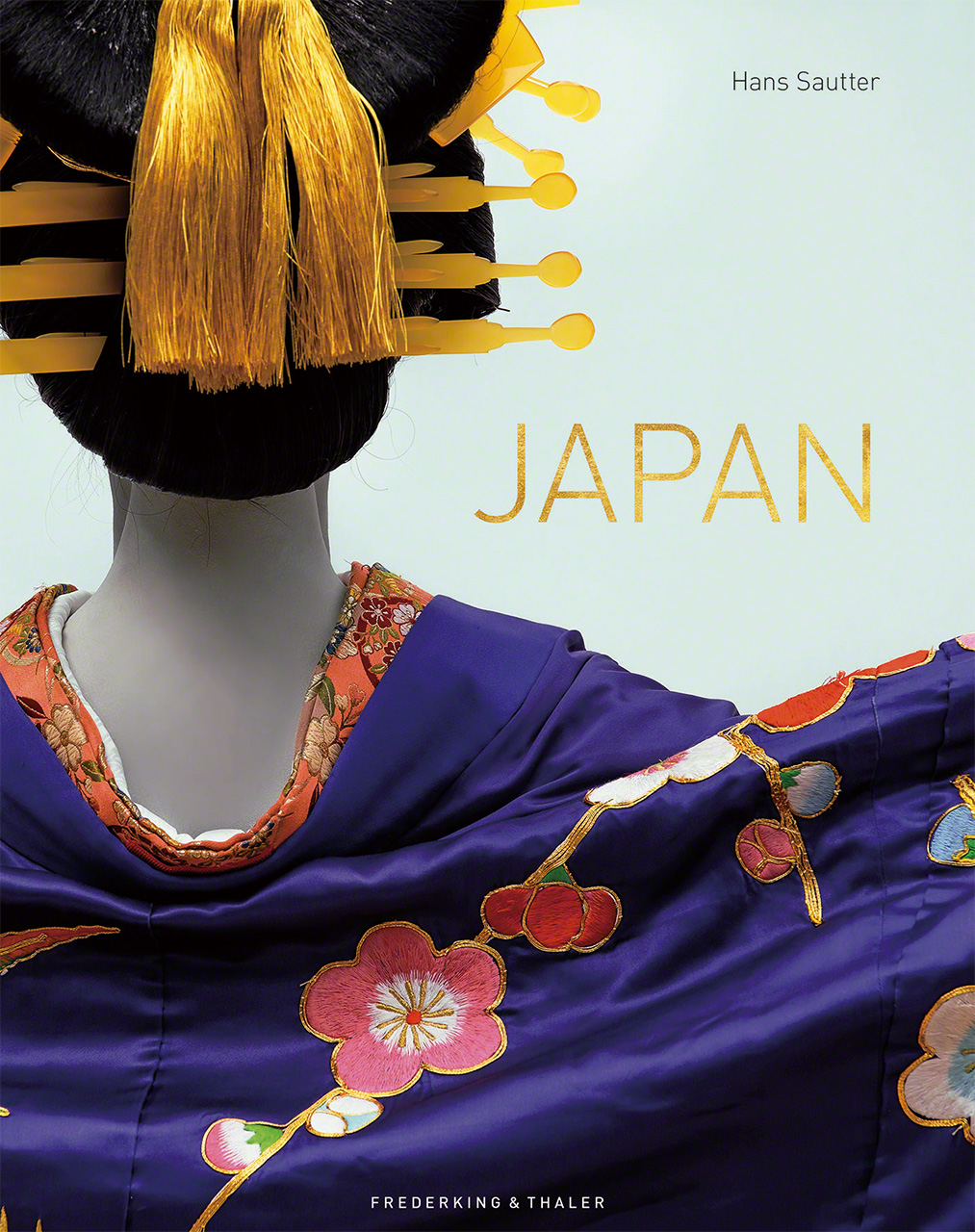 My first photographic subjects in Japan were consequently not Kyoto sights, despite living there for eight years. My projects instead were chindon-ya street advertisers, long-distance truck drivers, and pachinko. To add even more photos to the thousands shot every day at Kyoto’s temples was not inspiring.

So I had certain conditions when negotiating the proposal for the new book in 2015: The first was NO Kyoto. This was not a travel book with destinations. The second: It must be based on my concepts. This was a personal take on Japan. I was also to decide the essayists.

It was a hard sell, and the project went from one publisher to the next and back again. I finally made a dummy of the entire book to get the idea across and found an editor who was excited about the concept. Surprisingly, the support on the Japanese side was more enthusiastic than from some expats. That it got produced in these pandemic times is a miracle.

This oversize photo book weighs 4.5 kilograms and has 320 pages with 250 photographs. 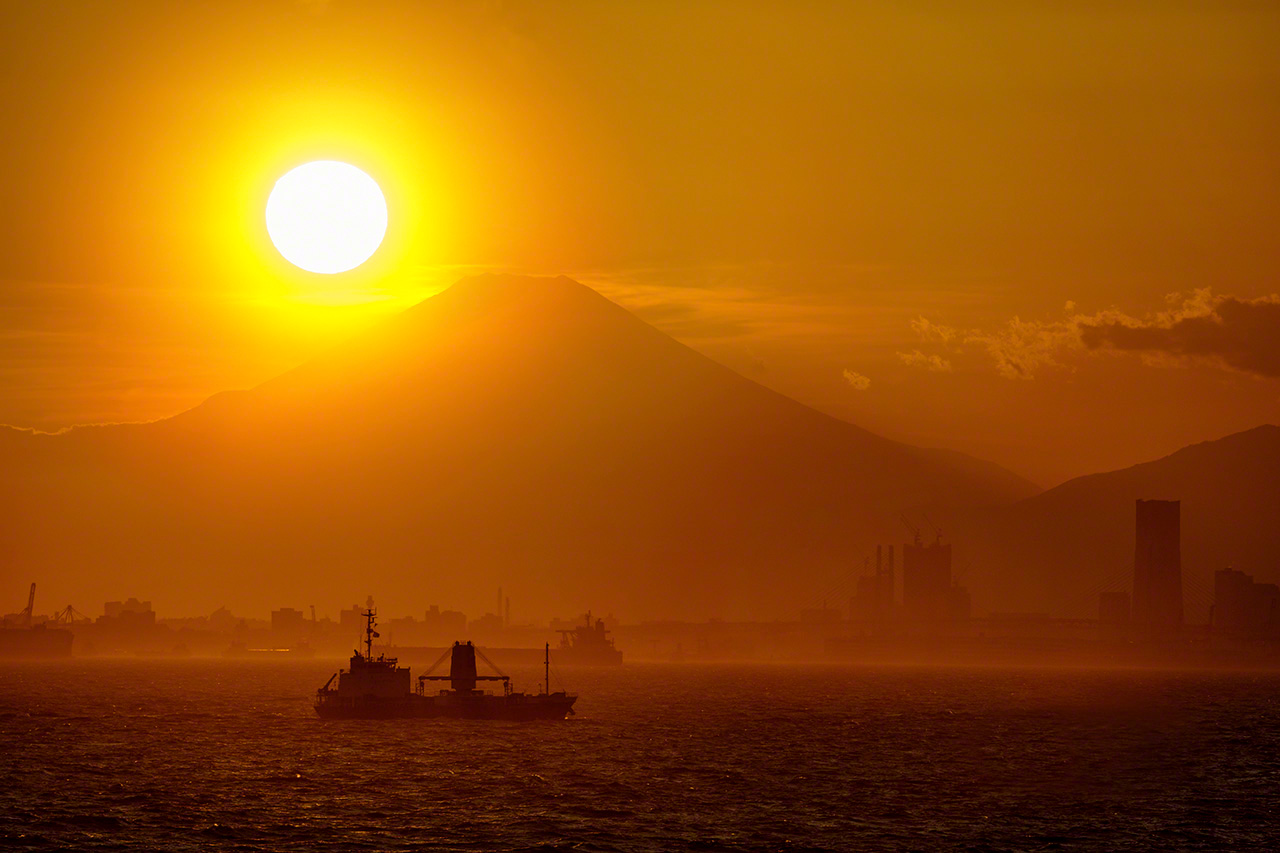 Greater Tokyo is the largest metropolitan area in the world, with a population of 38 million, and along with Osaka, Japan’s second-largest megalopolis, totals about 50 million people. Tokyo’s entire road network is about 25,000 kilometers long and crisscrosses one of the most densely built-up urban areas in the world. The enormous maze of greater Tokyo’s rail network has 158 train lines and more than 2,000 stations. 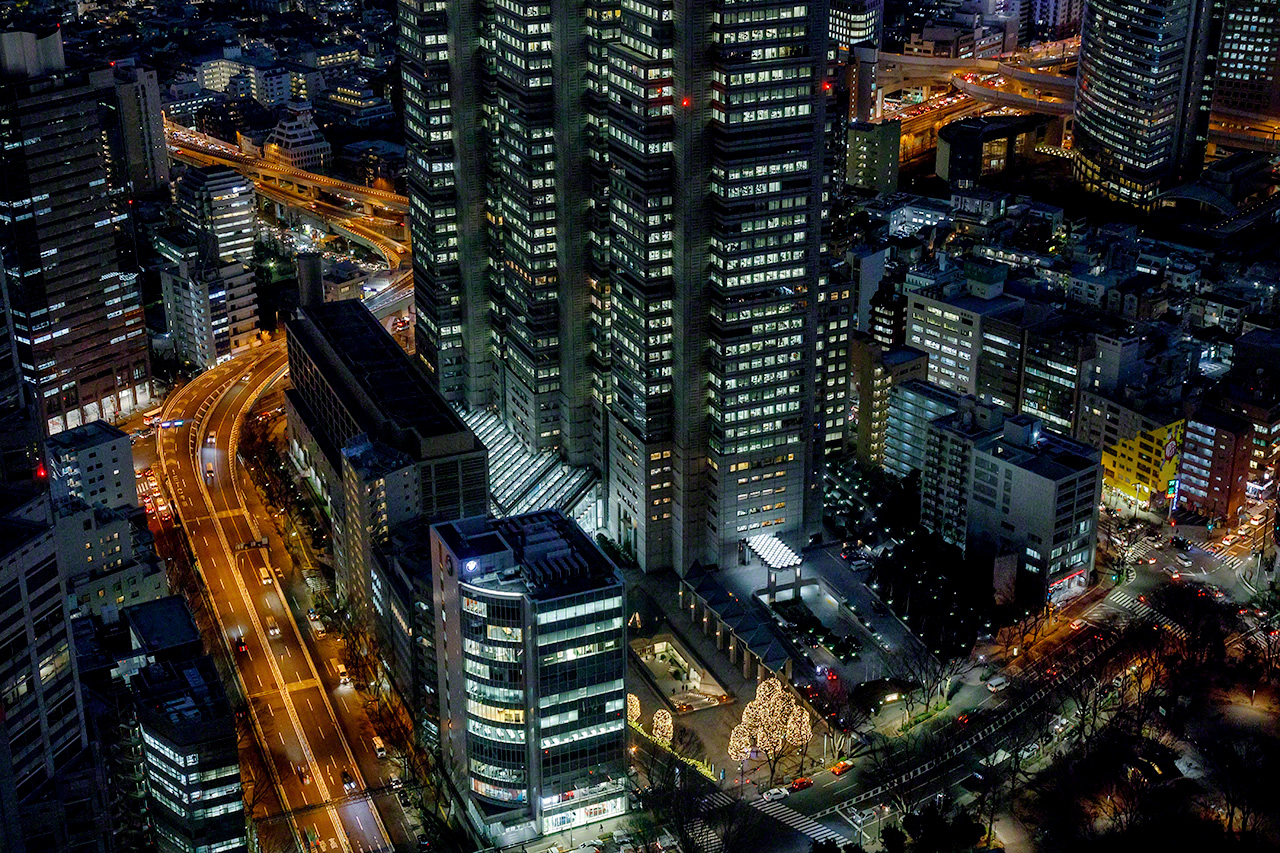 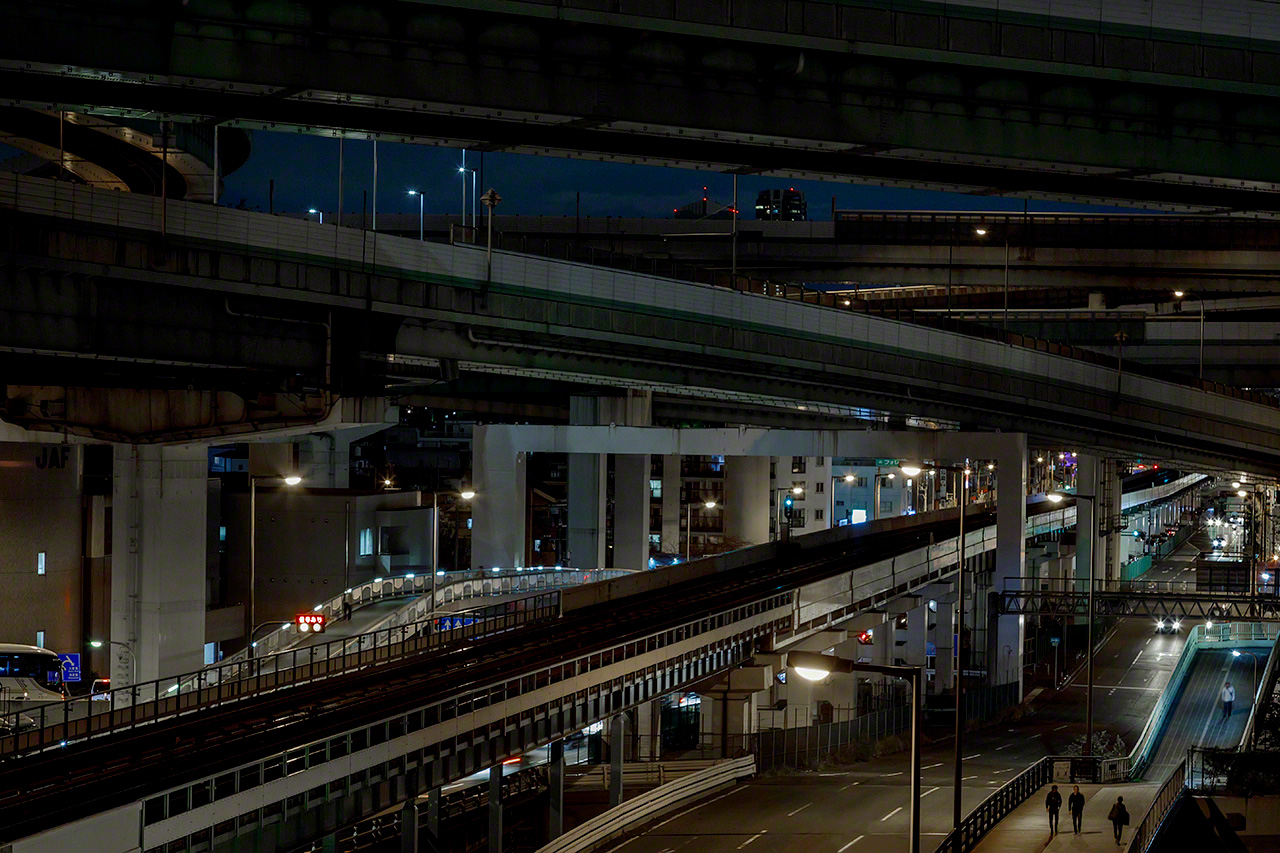 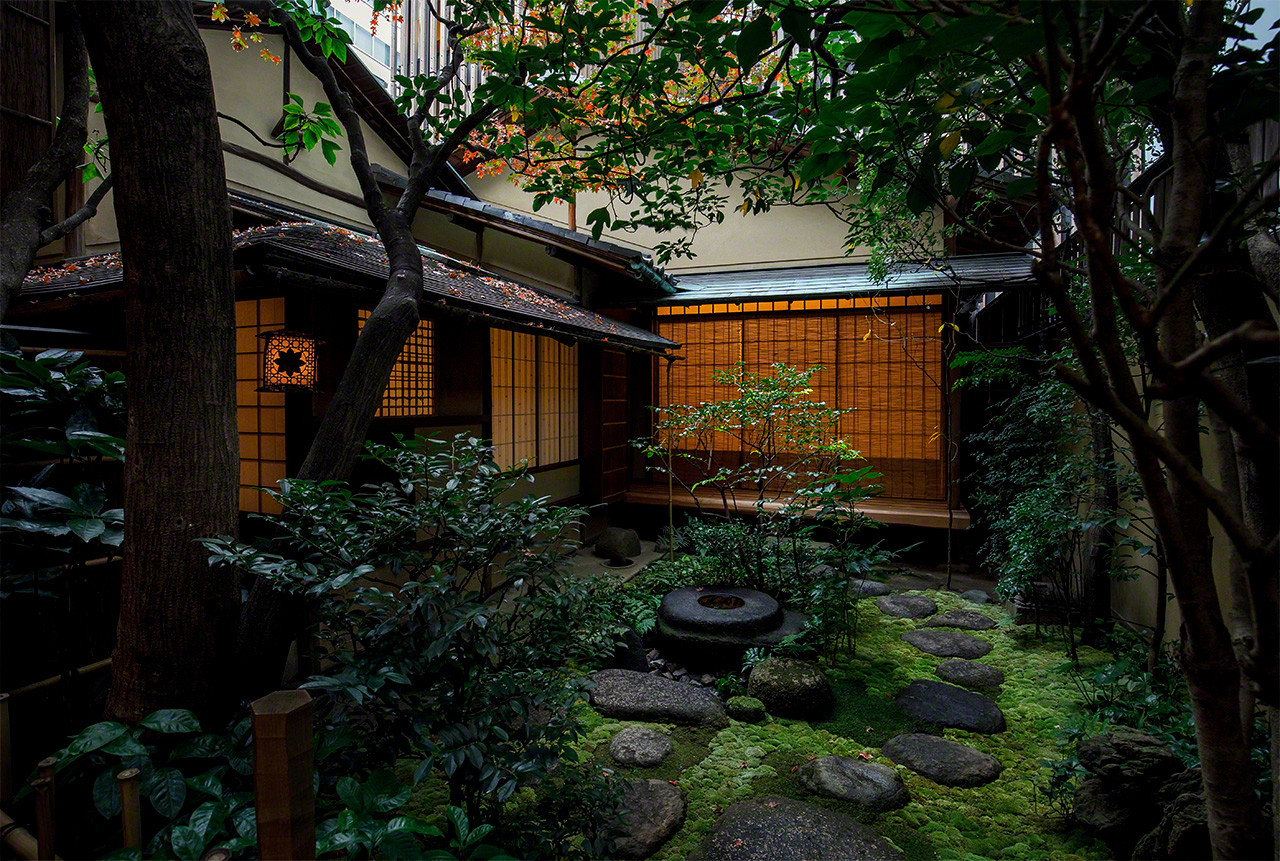 This 250-year-old private teahouse is in Osaka’s main business district. Invisible from the street, it is a secluded oasis in the concrete jungle. The relentless superimposing of buildings, each new structure usurping the previous, generates a cityscape embodying the Buddhist notion of impermanence. 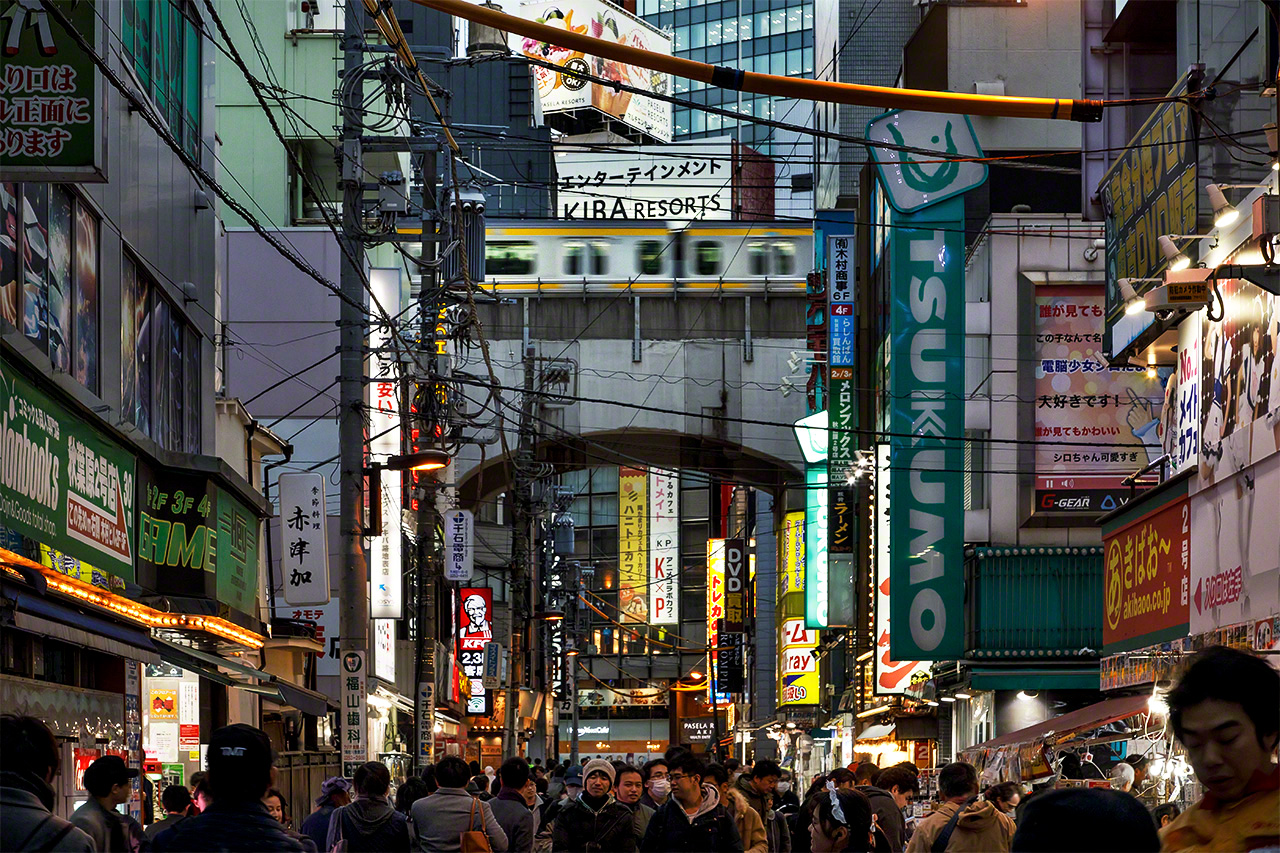 Japan lies at the seams of four continental plates, along the Pacific Ring of Fire. With over 100 active volcanoes and more than 1,500 earthquakes per year, it is one of the world’s most seismically active countries. 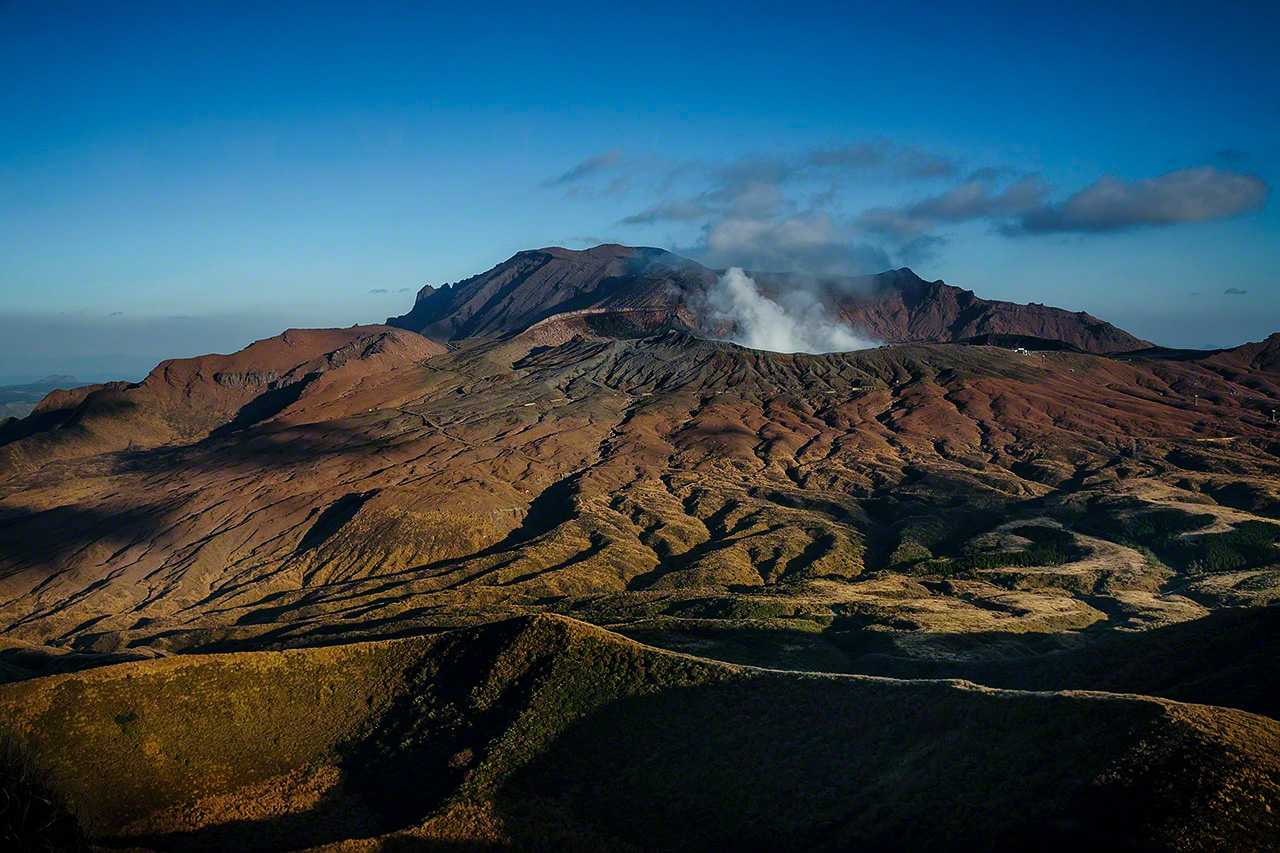 The ever-present fear of earthquakes and tsunamis, of catastrophic typhoons and floods, is expressed in the unrelenting urge to tame the wild, unpredictable natural environment by all means and to protect the archipelago. Natural beauty and ecological systems are destroyed by vast amounts of breakwaters, seawalls, and cemented surfaces. 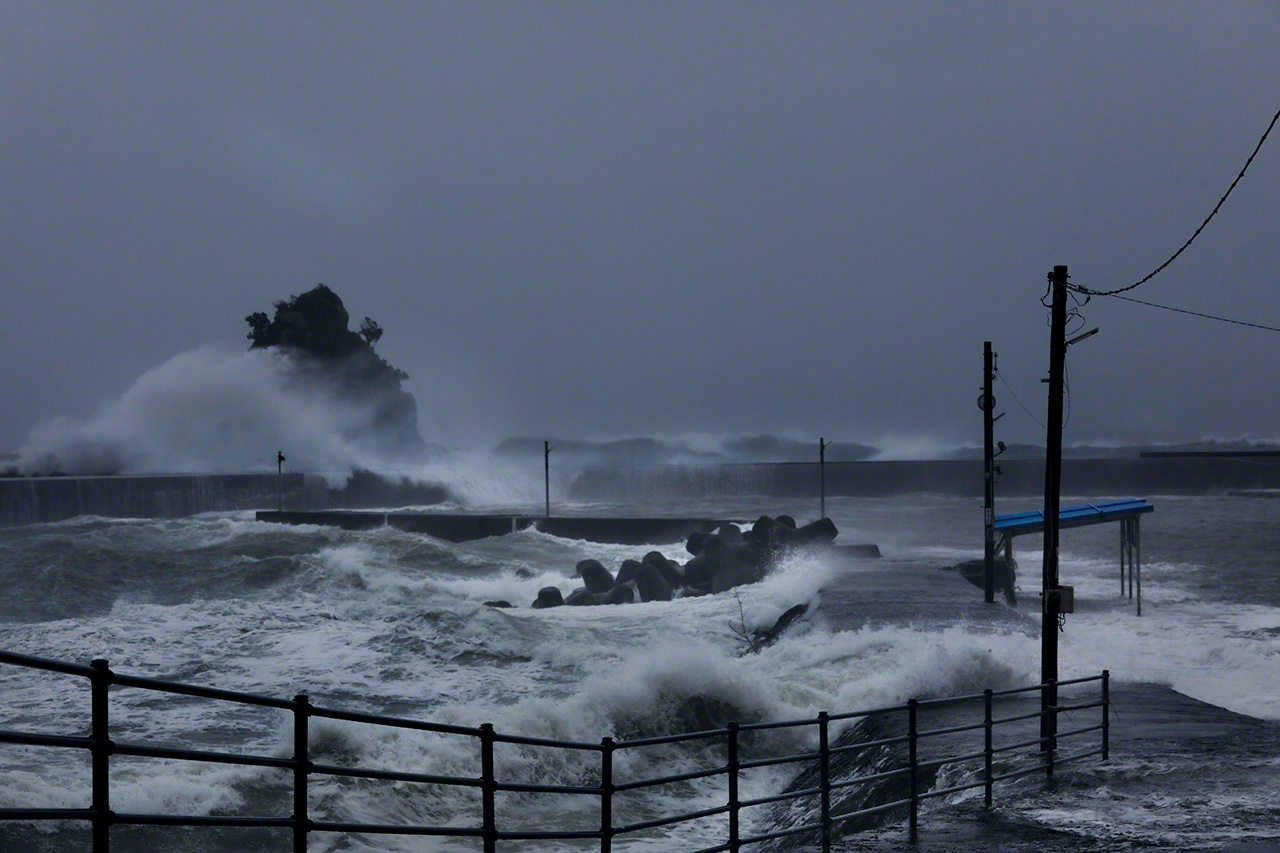 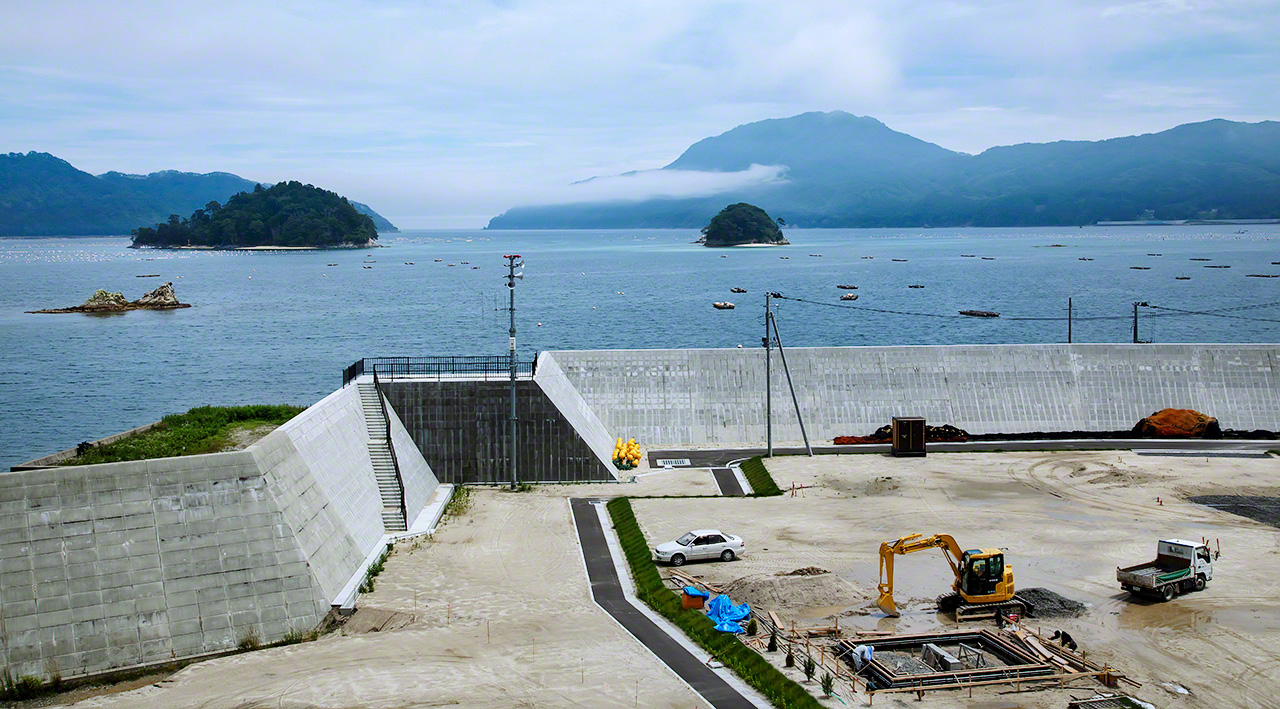 The deep-rooted compulsion to control, tame, and solidify nature is embedded in the Japanese psyche and characteristic of Japanese society, culture, and aesthetic, as seen in remodeling of the natural world in Japanese gardens. Love of nature is not for untouched wilderness but reserved for nature reshaped and controlled by human hands. 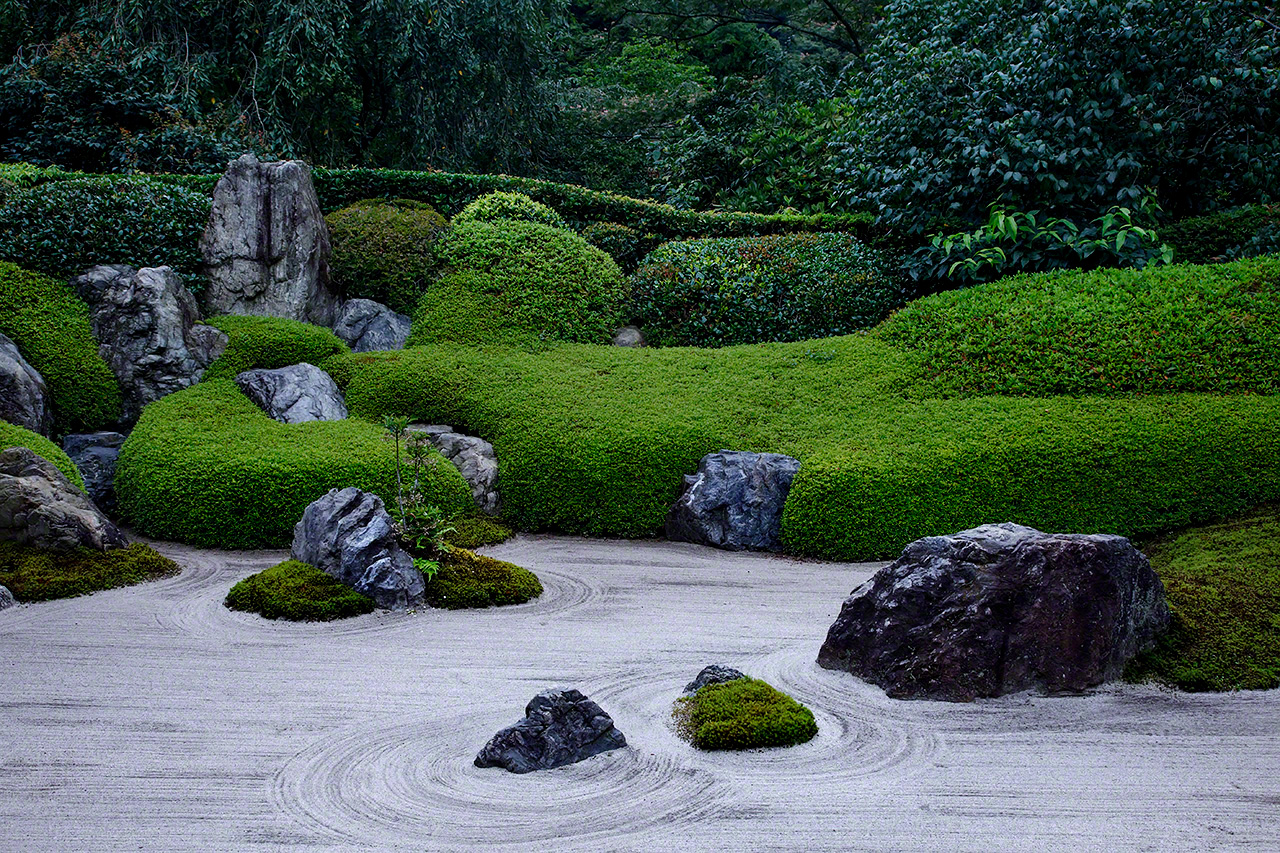 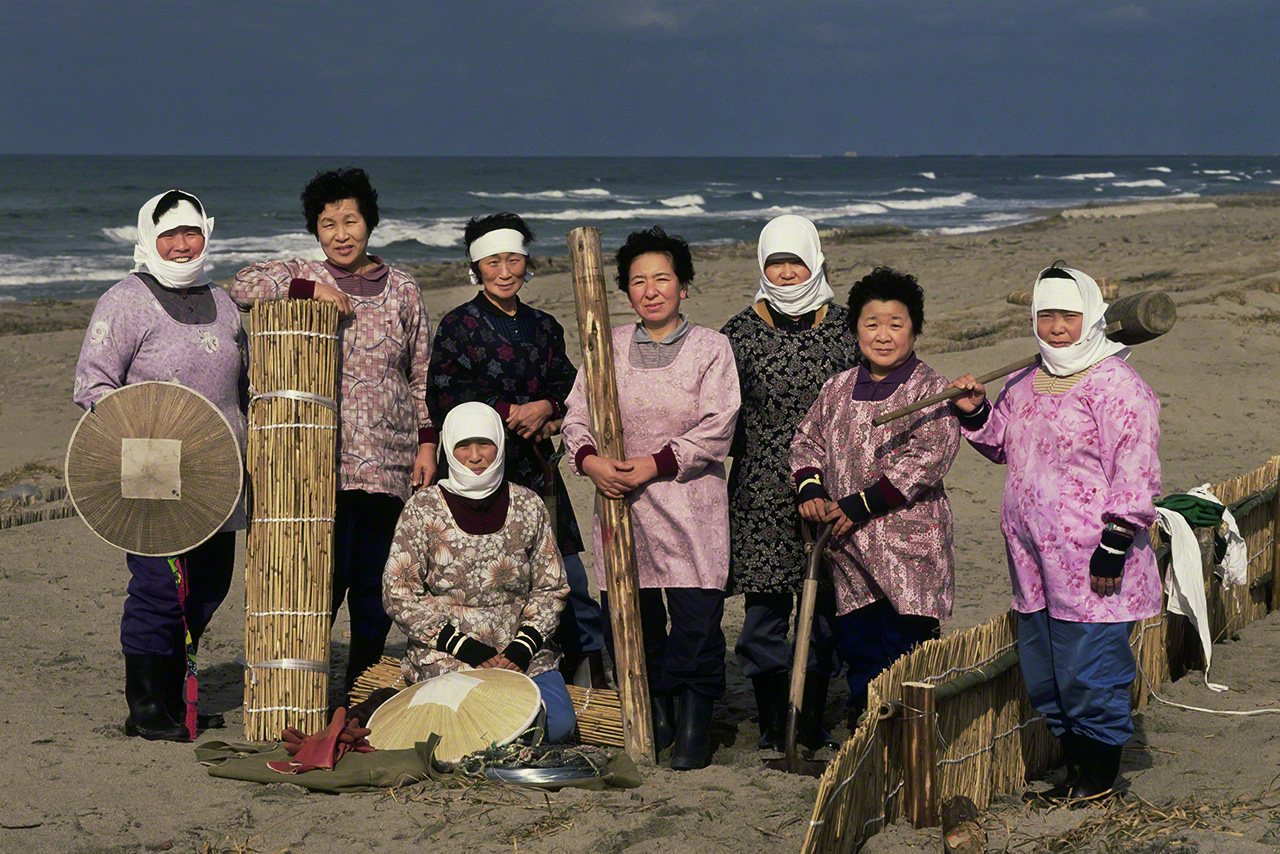 To dress up for specific professions, activities, or events is a conspicuous characteristic: Japanese think they must look the part before they can act the part. This team of women fights sand erosion at Shōnai Beach, on the windy coast of the far northeast. The attire varies from region to region according to weather and temperature. 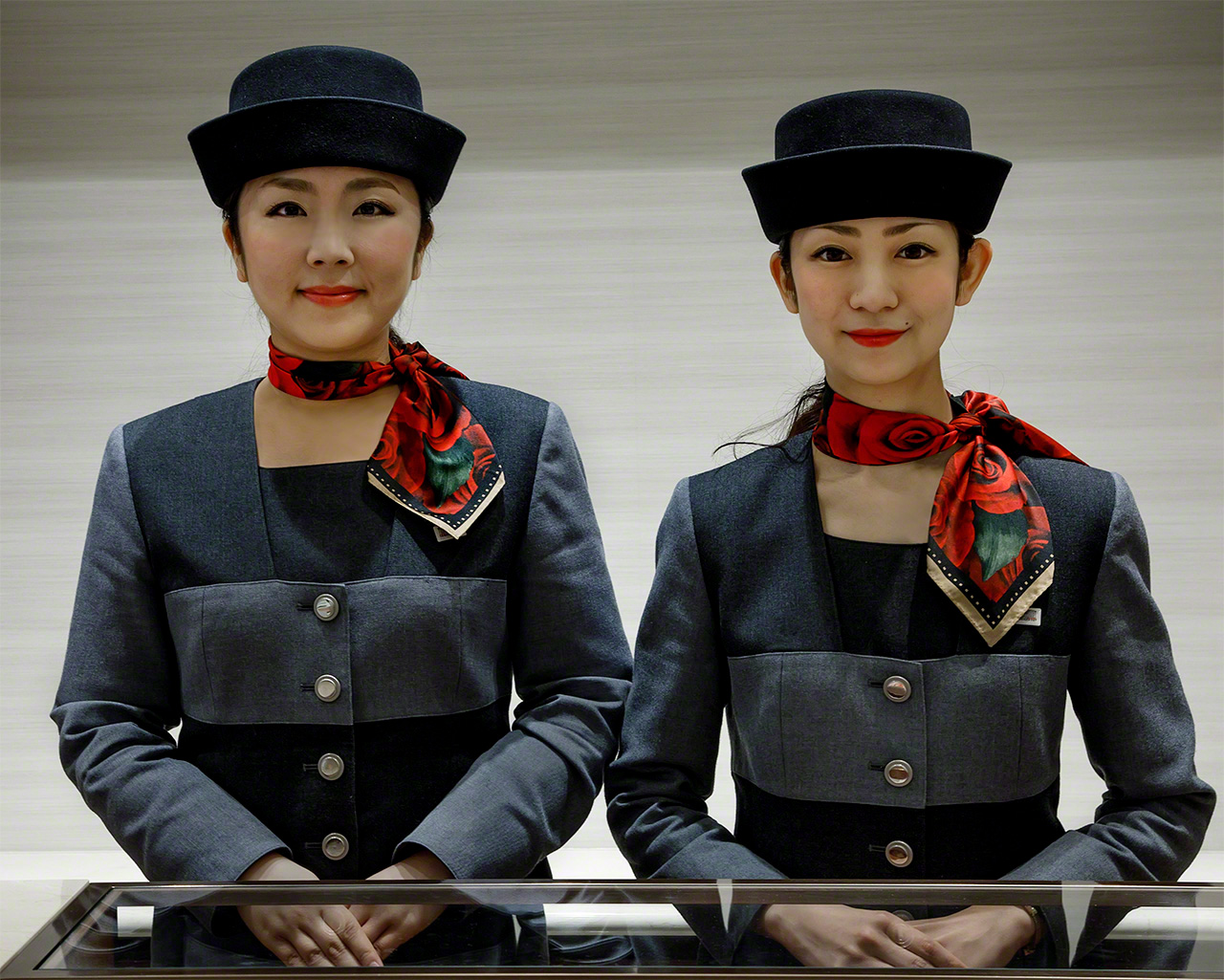 Female staff who publicly represent a brand or the identity of a company are neatly dressed and wear characteristic uniforms. Their appearance is the pride of the company, and the care taken to dress is exceptional. Training is thorough, and rules of conduct strict. Cosplay is liberation from rigorously enforced conformism. People embody the characters of their fantasy, if only for a short time. 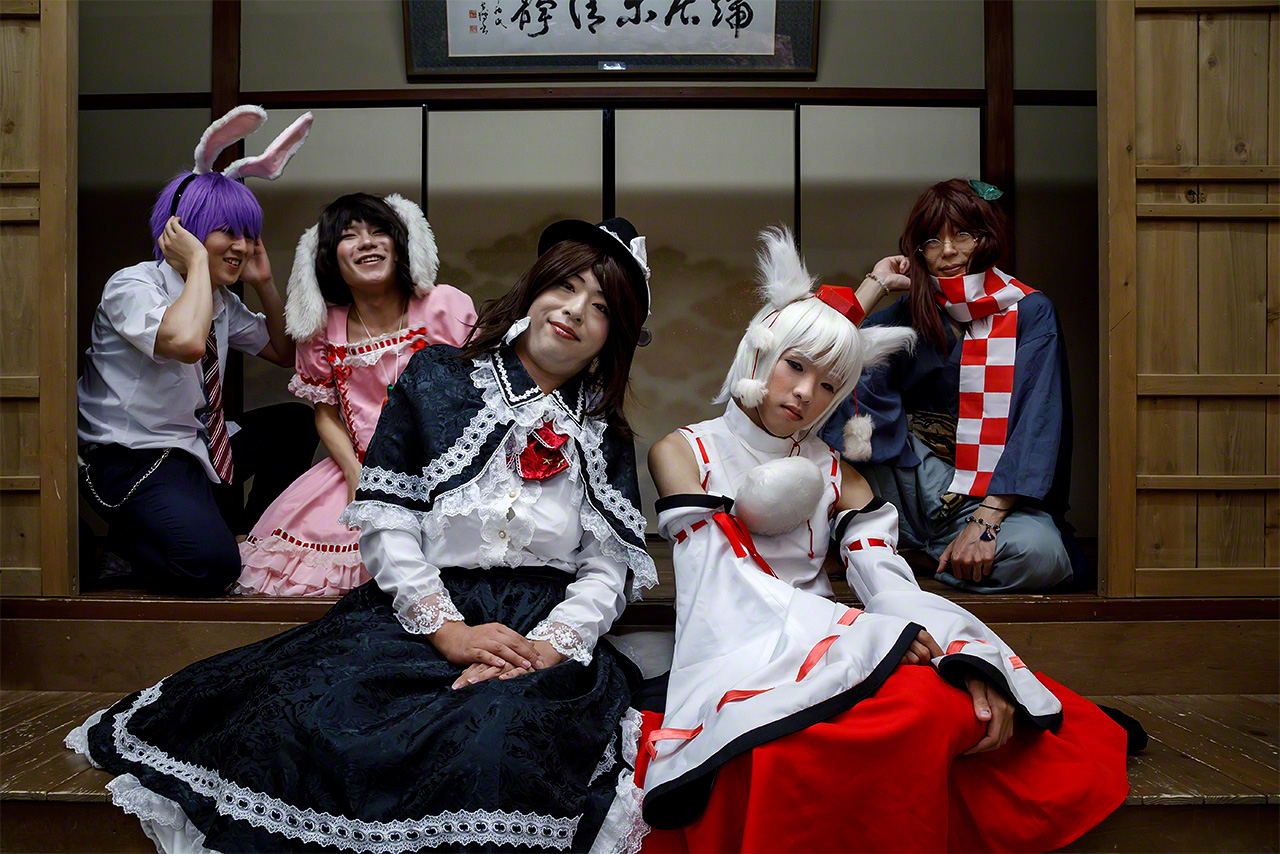 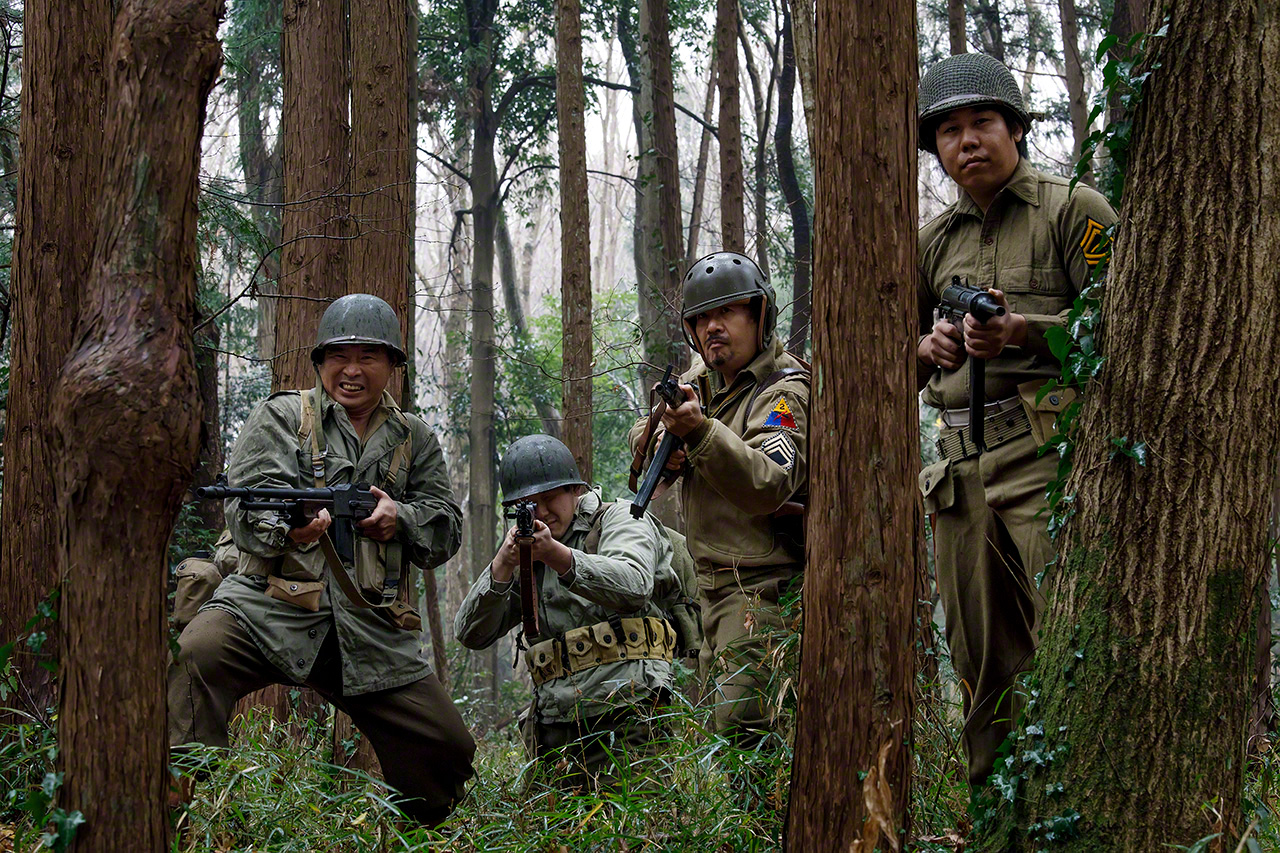 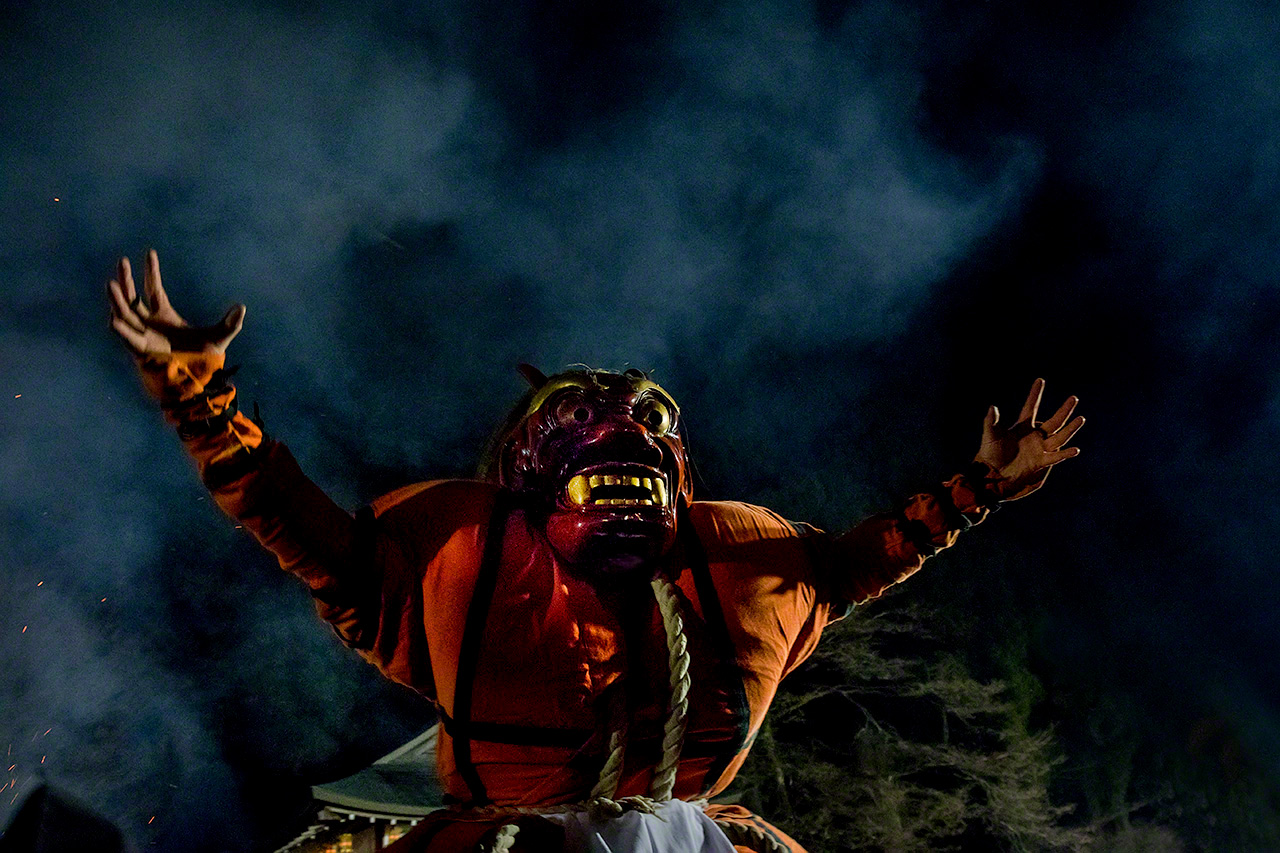 Japanese rituals are to exorcise evil, to pray for happiness and rich harvests, or for purification invoking both water and fire. Every ritual not only confirms group identity but also how each participant fits into the group hierarchy. 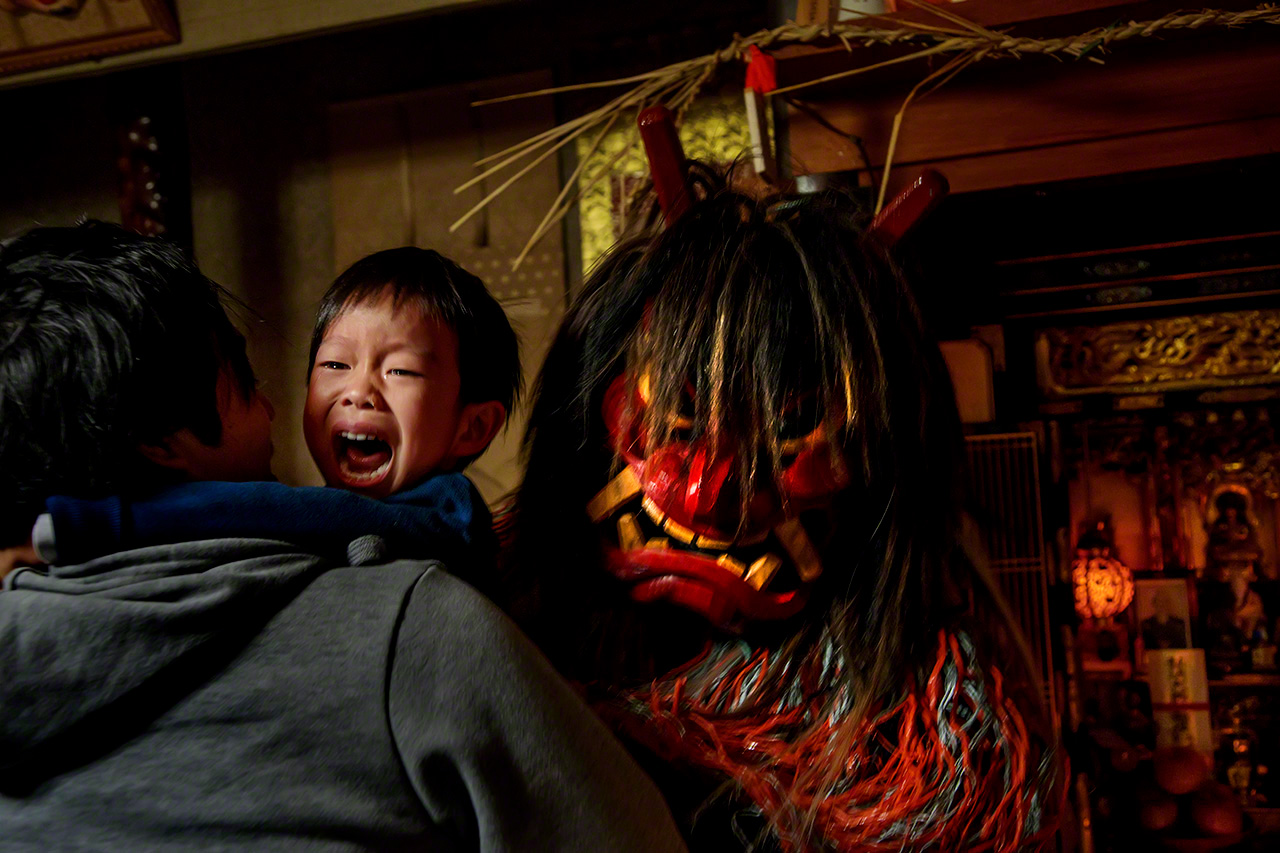 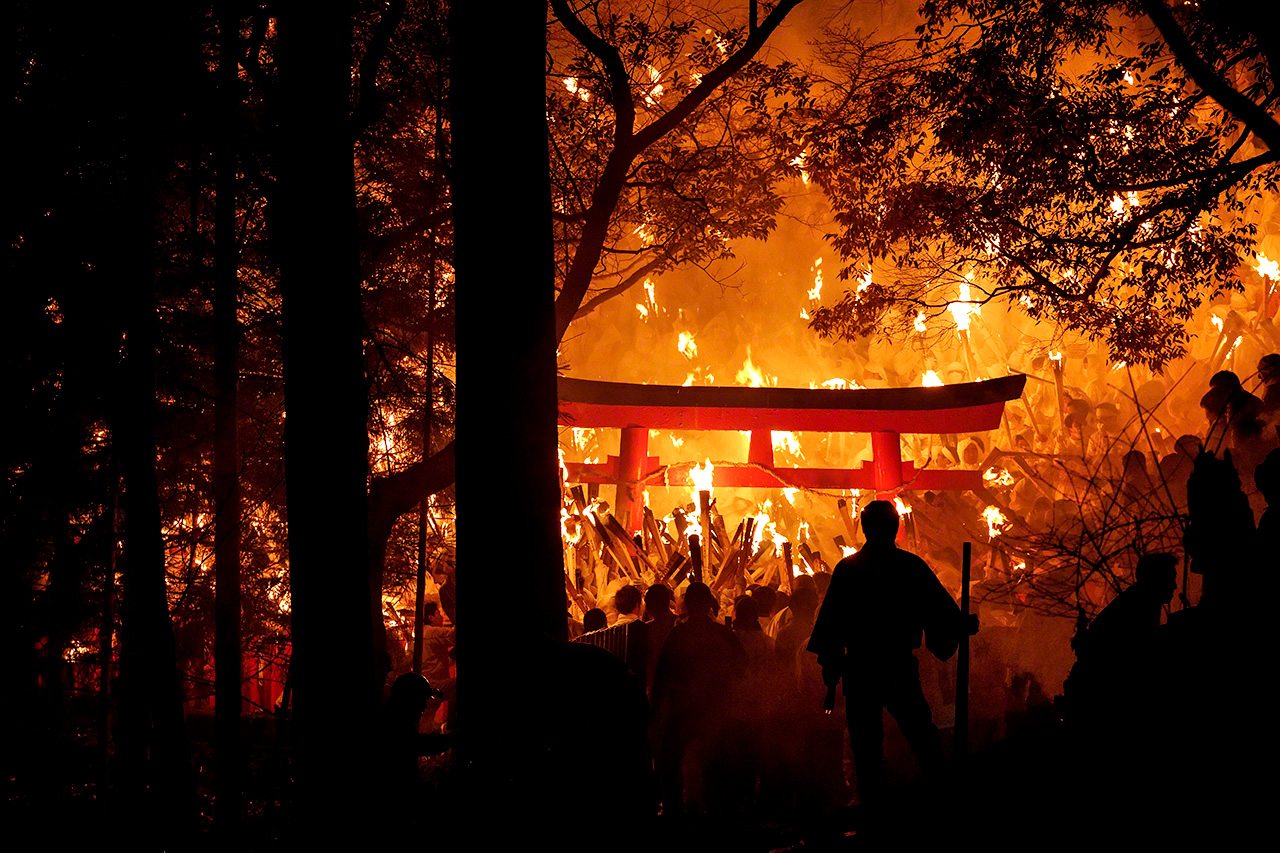 Formation of Japanese character begins with school, continues at the company, and is maintained at home. Entrance ceremonies for companies and schools are similar in form and content. Dark costumes of employees and students engender a sense of uniformity of body and mind. 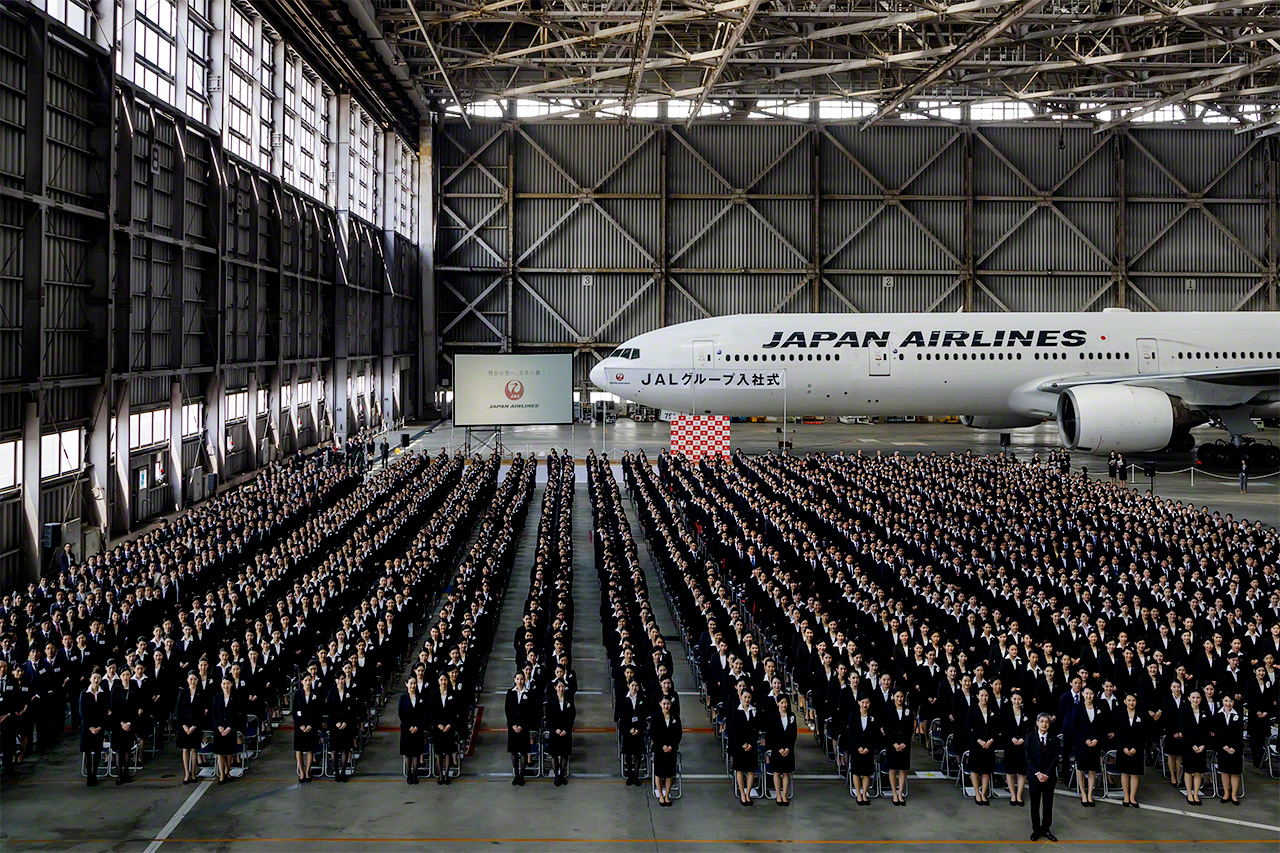 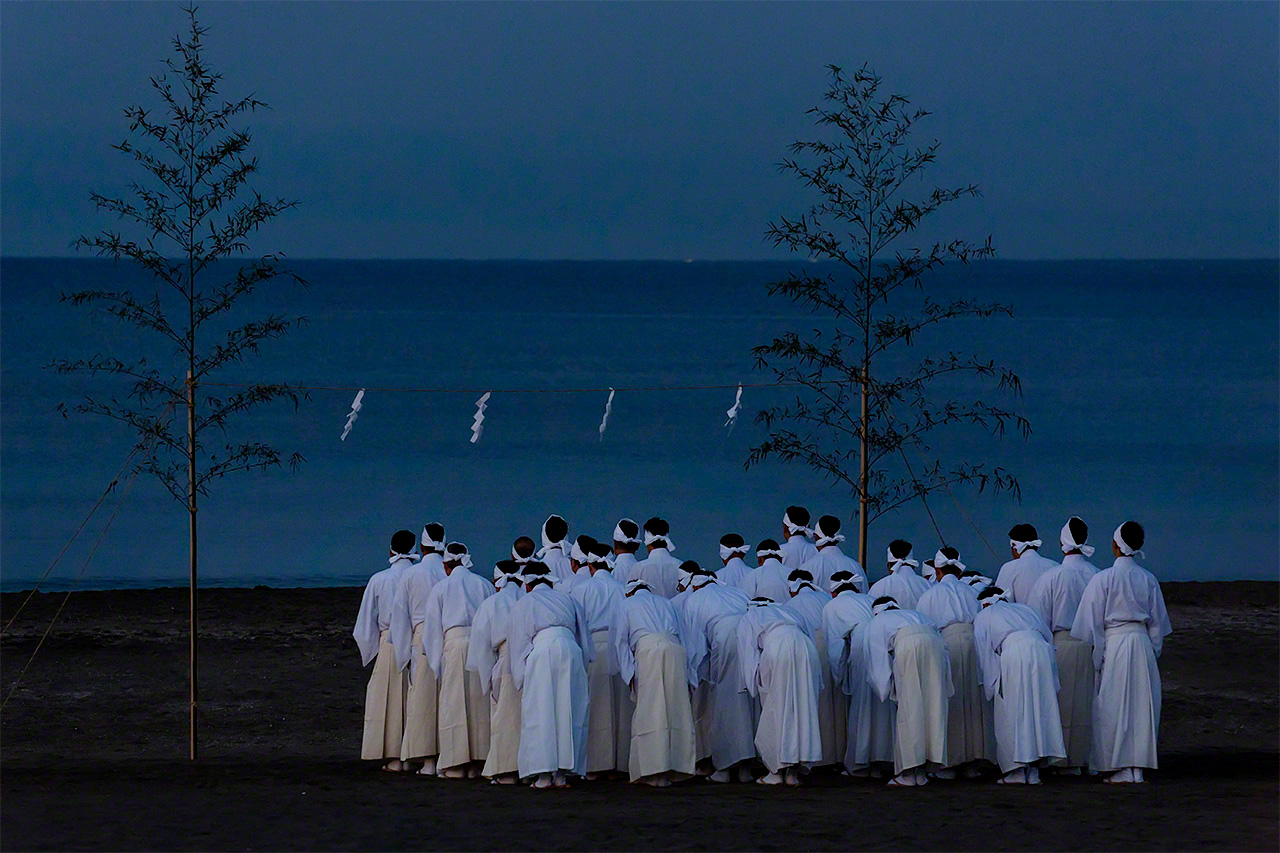 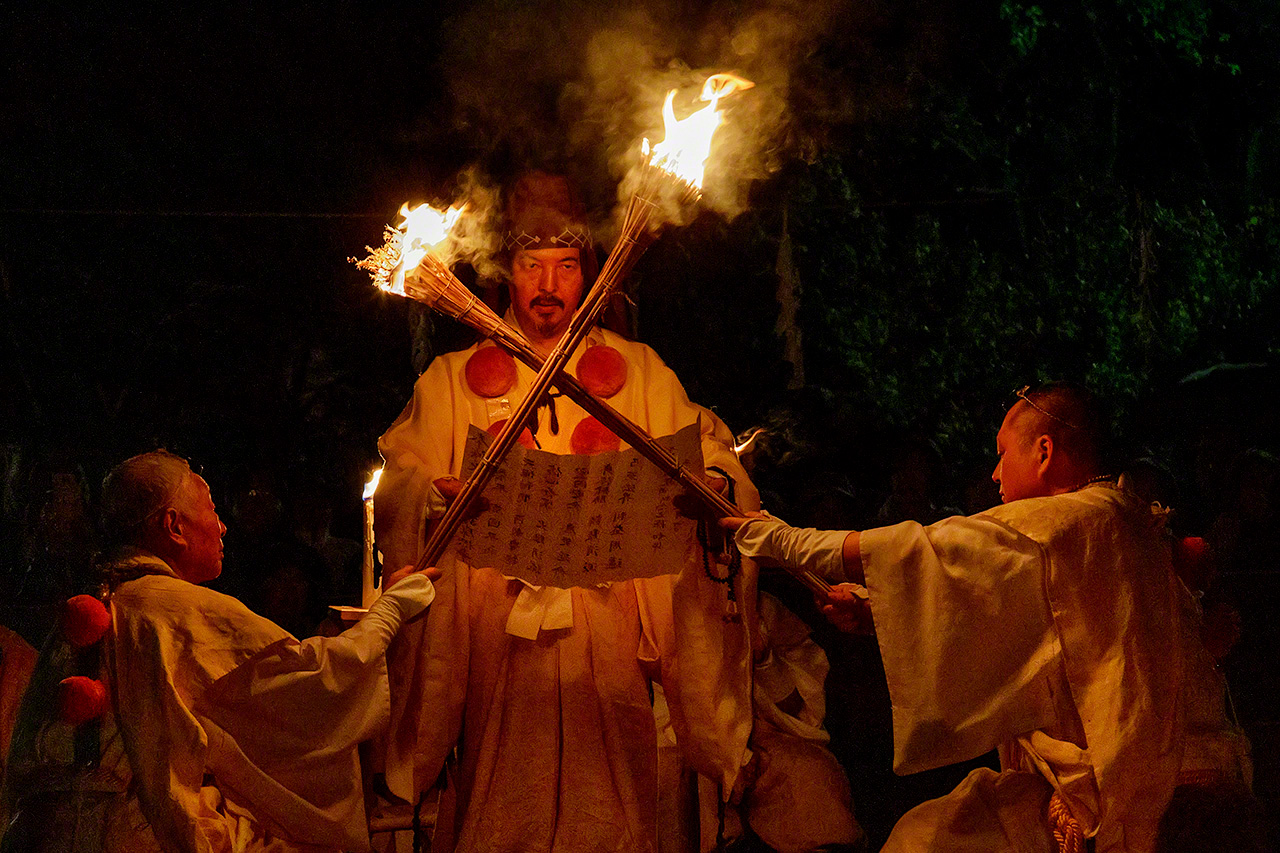 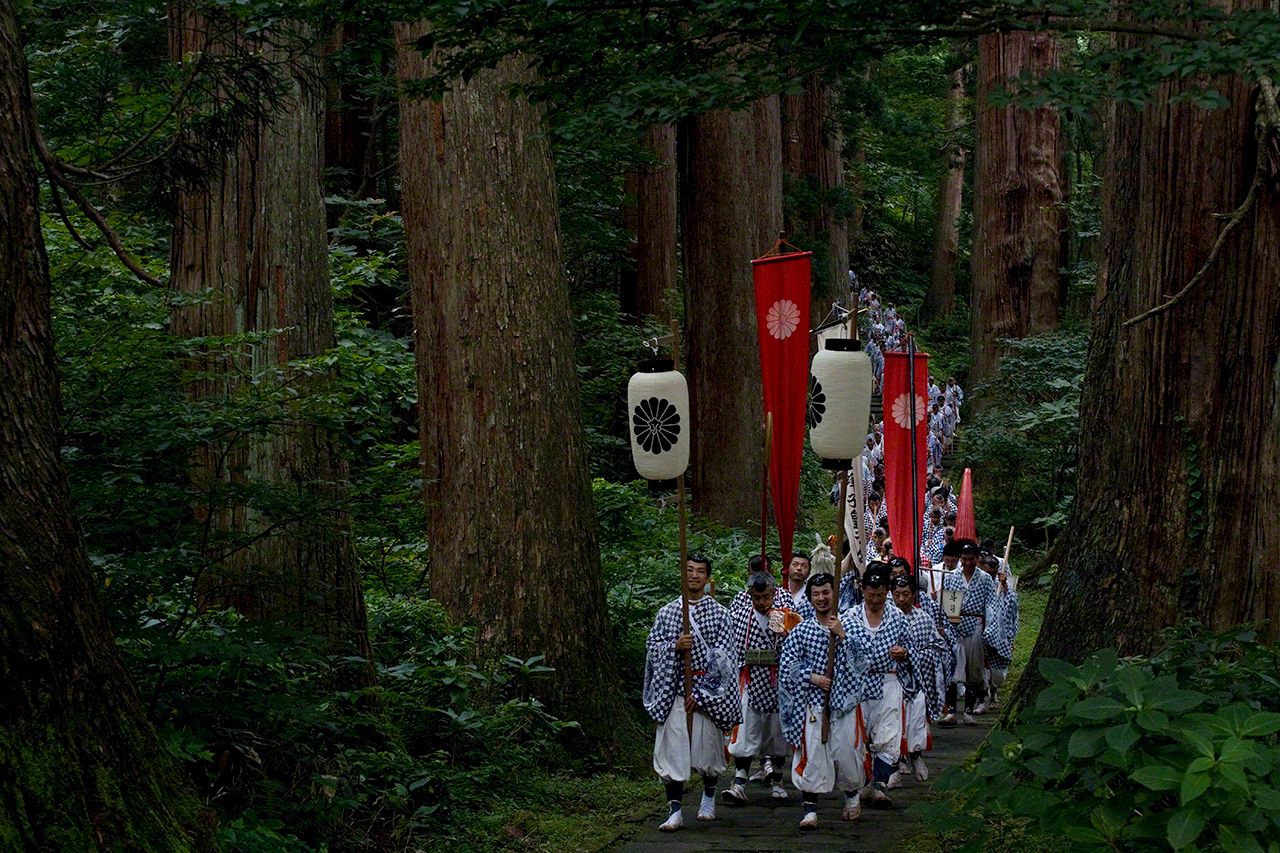 Japanese aesthetics here mix the serene with the profane and earthy simplicity with the garish, as commonly experienced in Japan. 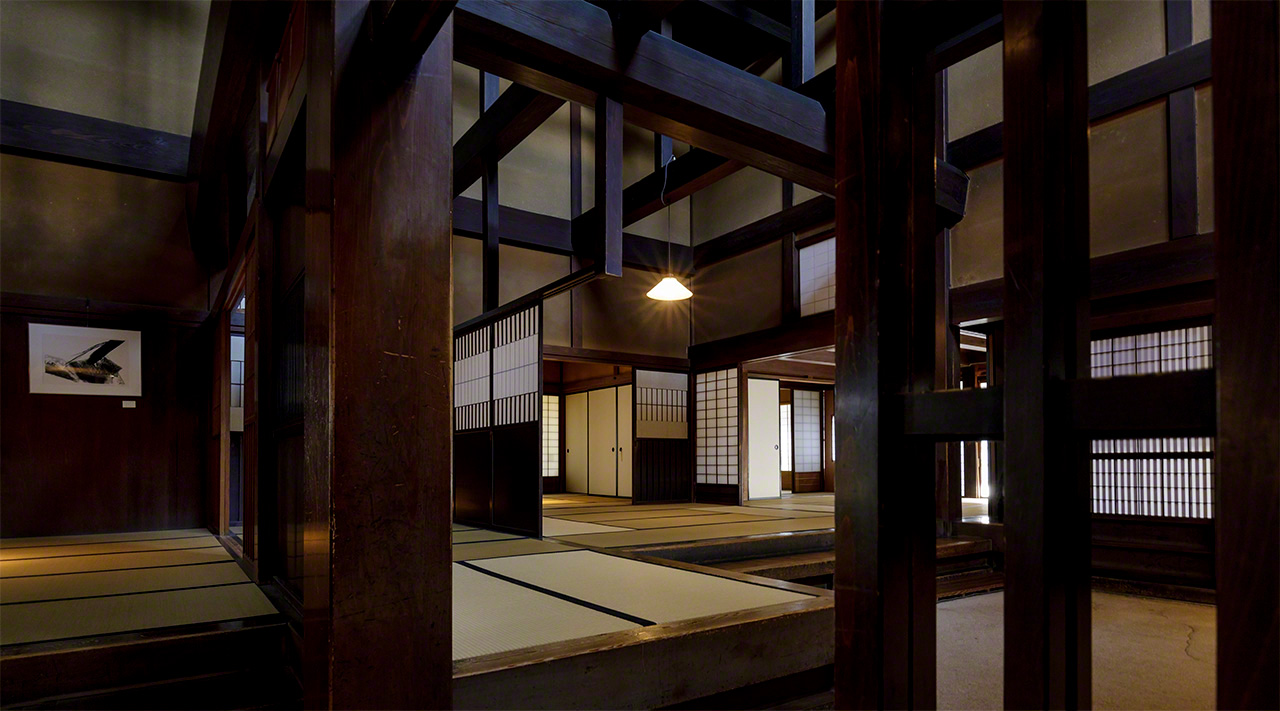 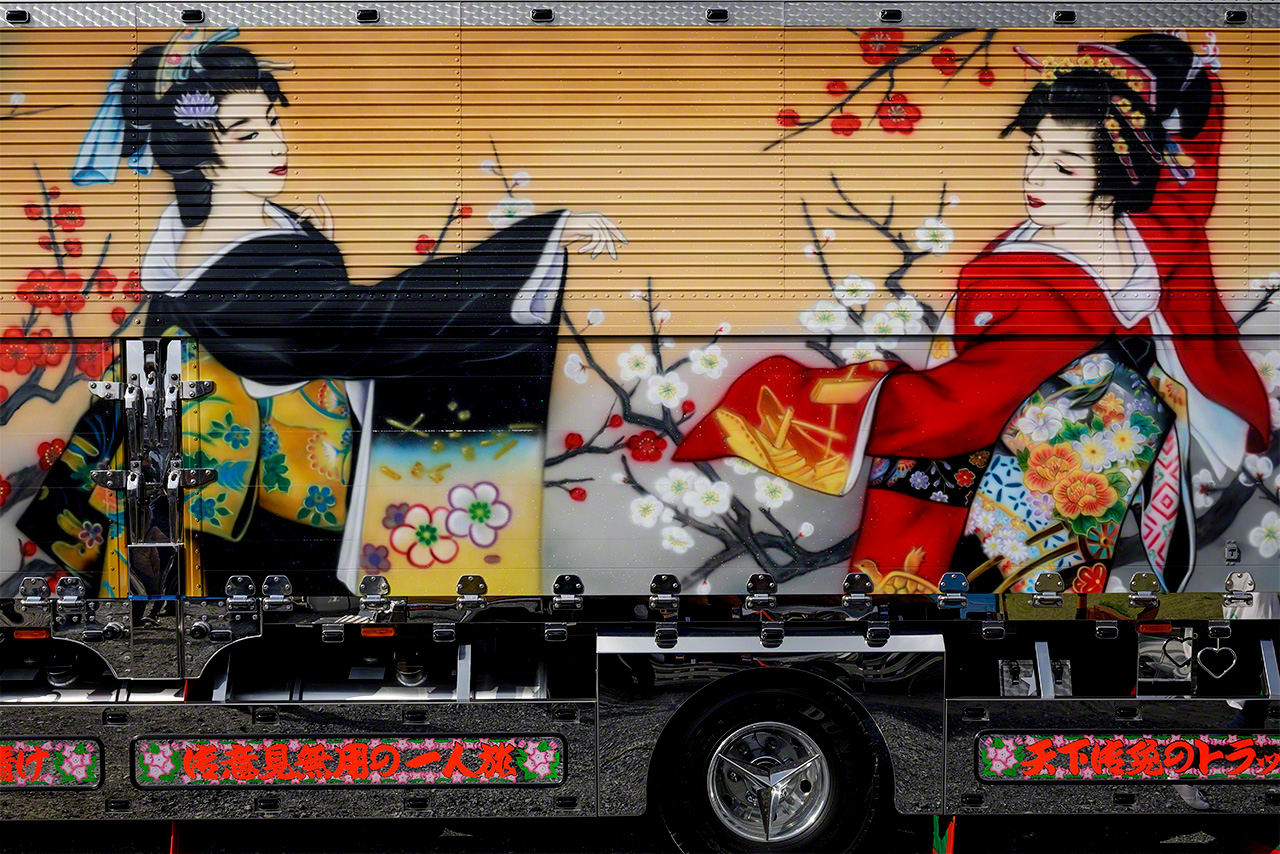 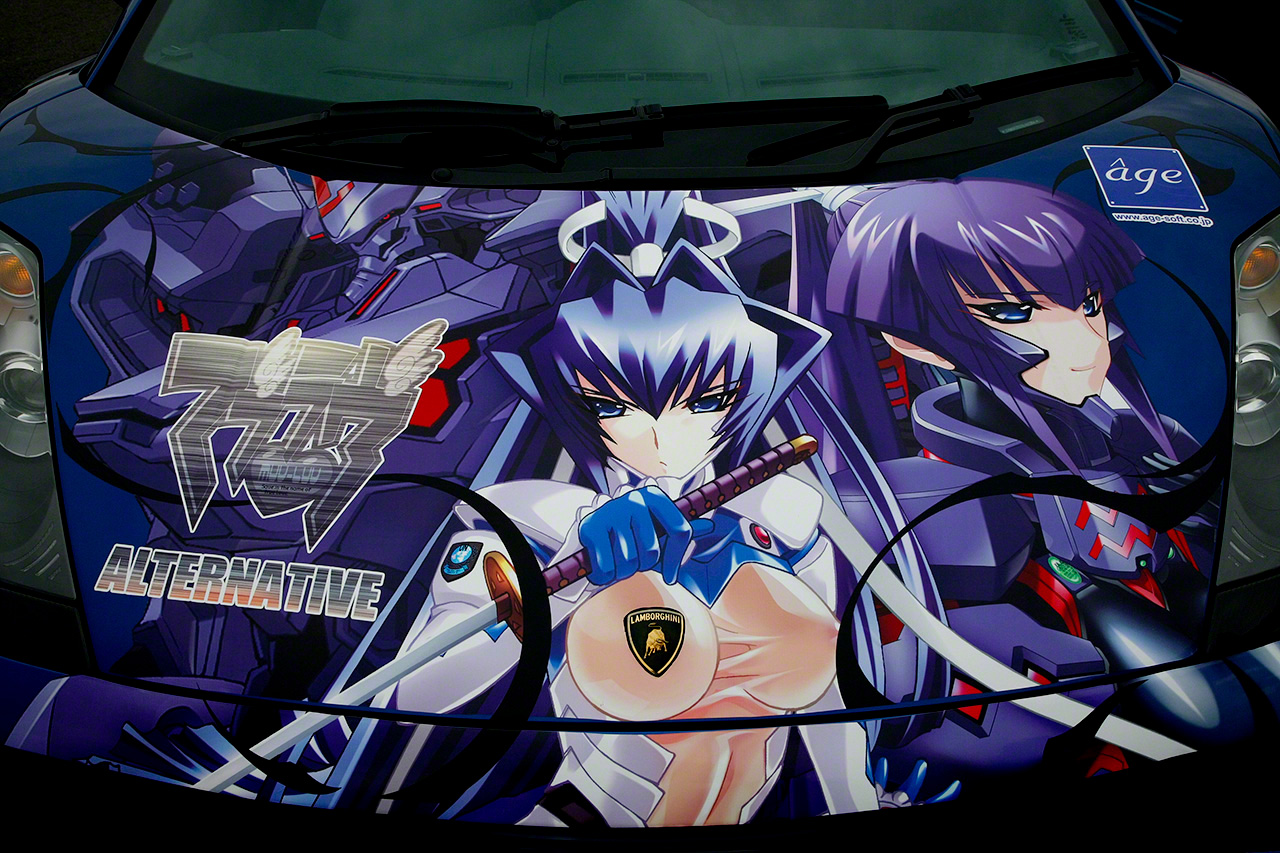 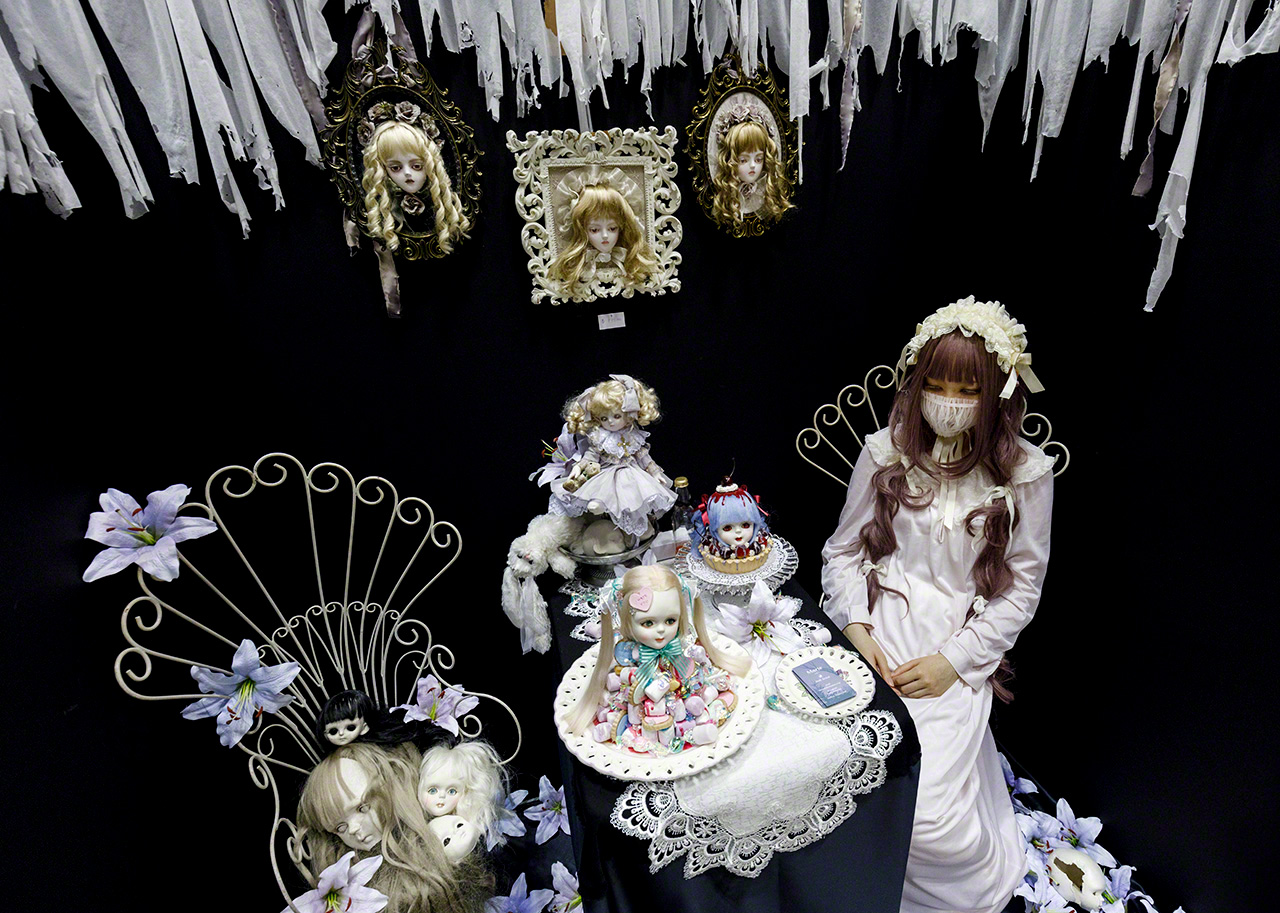 The English essays accompanying the photographs can be downloaded in the Buy section of the site, or by clicking here:
japanbook.info/download/japan_insert_e.pdf