The “Shale Gas Revolution” and Japan

Economy Nov 29, 2011
The rise in production of gas from sedimentary shale in the United States has dramatically changed that country’s natural gas market and affected the European market as well. The impact has extended to Asia too, including Japan, where the March earthquake and subsequent nuclear plant disaster have led to increased demand for LNG.

Interest in shale gas is on the rise in Japan as well as elsewhere. We even see ordinary newspapers and television programs carrying reports using the term “shale gas revolution.” Meanwhile, in the aftermath of the disaster at the Fukushima Daiichi Nuclear Power Station caused by the massive earthquake and tsunami that struck on March 11, only 11 of Japan’s 54 nuclear power reactors were operating as of November. The main substitute for the lost generating capacity is thermal power generation using liquefied natural gas, imports of which have surged since the March disaster. And LNG projects based on shale gas have been proposed to partially meet Japan’s LNG needs.

What Is the Shale Gas Revolution?

“Shale” is a brittle, flaky material found in mudstone. “Shale gas” is the methane in the crevices and fractures of shale—unlike conventional gas, which is found in sandstone. Its existence has long been known, but previously it did not attract attention because the production cost of shale gas was substantially higher than that of conventional gas. 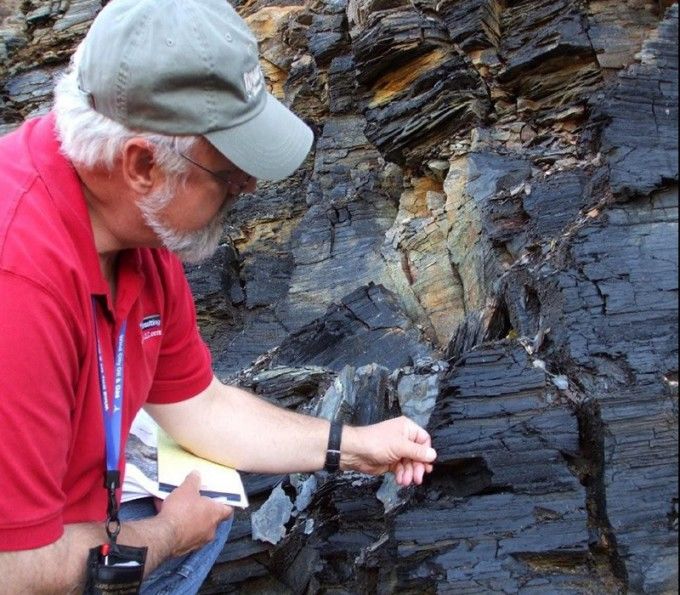 Development of shale gas on a significant scale started in the United States in the 2000s. The low price of natural gas in the United States throughout the 1990s pushed up demand, but this resulted in less investment for exploration. Early in the new century it became evident that the growing demand would outstrip the domestic supply, and the price began to fluctuate wildly. Initially, pipeline gas and LNG imports were seen as sources to bridge the gap between supply and demand, and as of 2006 there were over 60 plans for LNG receiving terminals in the United States.

While these plans were being formulated, the development of technology for shale gas production was progressing in the background. Two types of technology were crucial: horizontal drilling and hydraulic fracturing. As the Japan Oil, Gas, and Metals National Corporation, or JOGMEC, explains, horizontal drilling creates wells that follow the stratum of bedrock in which oil or natural gas is enclosed, and hydraulic fracturing improves the flow of the trapped oil or gas by using pressure to create artificial fractures in the stratum where the oil or gas is trapped. Horizontal wells provide a greater surface area in contact with the bedrock than conventional vertical or directional (inclined) wells. And hydraulic fracturing makes it possible to create channels through which the gas can flow. These technologies have been used for decades in oil fields, and their successful application to shale gas resulted in a dramatic decline in production costs. As a result, shale gas became more competitive than imported pipeline gas and LNG. 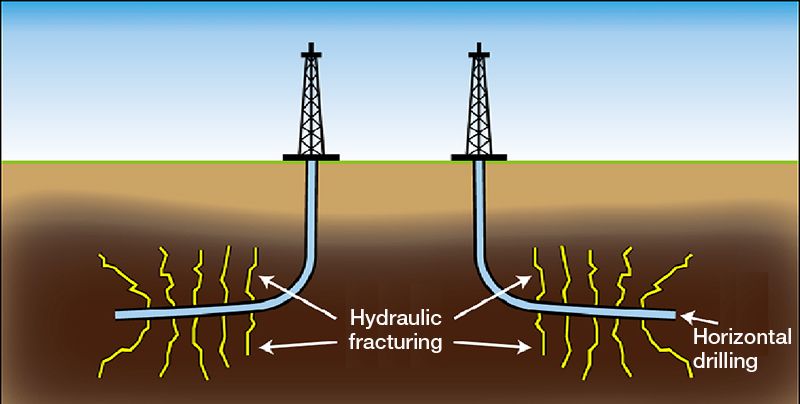 Since the existence of shale gas resources was already known, the impact from this cost reduction was dramatic. Annual production of shale gas, which had been less than 10 billion cubic meters in 2000, jumped to 95 bcm in 2009, making the United States the world’s largest producer of natural gas. Meanwhile, imports of gas, which had been expected to rise, actually peaked in 2007 and then started to decline. The US Department of Energy reduced its forecast for LNG imports in 2030 by 91 million tons from 2007 to 2011.

Now the gas market in the United States is not merely less tight than before; it has actually turned into what may be called an oversupply. And there are even plans for exporting LNG. For example, Cheniere Energy aims to start exports from its Sabine Pass project as early as 2015, and other export plans are in the works. At the bilateral meeting between Japan’s Senior Vice-Minister of Economy, Trade, and Industry Makino Seishū and US Energy Secretary Steven Chu, held on the occasion of the APEC (Asia-Pacific Economic Cooperation) Ministerial Conference on Transportation and Energy in September, Makino reportedly requested Chu to expedite approval of permission for the export of LNG from the United States to Japan.(*1)

Will the Revolution Become a Global Trend?

The United States is the world’s biggest consumer of natural gas. The major downward adjustment in the outlook for US imports, therefore, has had a substantial impact on the international natural gas market. Cheap LNG that was originally targeted for the US market flowed in 2009 to Europe, where gas demand was already weak because of the economic downturn. This resulted in a partial change in the traditional oil-linked pricing.

The pricing mechanism for natural gas differs between markets. In the United States the price is set at hubs and delivery points, often called “citygates,” on the basis of the supply-demand situation at the location where the gas is traded. In European countries, by contrast, one finds both US-style hub pricing (Britain, Belgium, and the Netherlands) and oil-linked pricing (other part of continental Europe). European buyers have purchased large amounts of LNG at the hubs because it was cheaper than imported pipeline gas, whose prices are usually linked to oil. Importers negotiated with the pipeline gas exporters for lower prices on earlier contracts. As a result, Russia’s Gazprom agreed with Germany’s E.ON that 10%–15% of the natural gas it supplies will be sold at the hub price for three years, starting in 2010. The Netherlands’ GasTerra and Norway’s Statoil followed suit. Under conditions where the hub price is lower than the oil-linked price, such moves amount to price cuts. And recently some executive at Gazprom have indicated a willingness to accept modification of the traditional oil-linked pricing.

Currently almost no shale gas is being produced outside of the United States. However, there are many development plans around the world, most notably in Europe, where such plans are currently under consideration in Germany, Poland, and elsewhere. Exploration started in Poland around 2010, and it is possible that commercial production will begin as soon as 2014.

The prevailing view up to now has been that Europe is unlikely to repeat the United States’ shale gas revolution. A number of reasons are cited to back this view: a lack of the sort of know-how accumulated in the United States, a lack of tax incentives that the US government provides to promote development, a difference in resource ownership between the United State and Europe (*1), and stronger environmental concerns in Europe.

Even so, there are great hopes for large-scale shale gas production in Europe, which is a major consumer of natural gas. The European Union has been worried about the energy insecurity that could result from growing import dependence. The EU has been particularly concerned about its reliance on Russian gas in light of the Ukrainian gas crises of 2006 and 2009. It could be argued that a shale gas revolution in Europe would reduce gas imports from Russia, thus diminishing that country’s influence in the region, but the crucial factor is whether European shale gas will be competitive against existing supply sources, including those in Russia.

In the Asia-Pacific region, the development of shale gas is still in its infancy. Countries like Australia, China, India, and Indonesia have substantial potential, but no large-scale commercial production has yet begun. In that sense the shale gas revolution has yet to reach this part of the world.

The Fukushima nuclear disaster and the subsequent shut-down of nuclear reactors located elsewhere in Japan have resulted in a nationwide shortage of electricity. These developments led to an unprecedented increase in the importance of LNG-fired power generation as a substitute. In June 2011, the Institute of Energy Economics, Japan (IEEJ), released a forecast that additional LNG demand for power generation in Japan could be as much as 15 million tons in the current fiscal year (April 2011 to March 2012) and 20 million tons in fiscal 2012. Nevertheless, as far as I can estimate based on official statistics, the actual utilization of LNG-fired plants is lower than the IEEJ’s assumptions. This suggests that LNG demand could be less than forecasted, at least for fiscal 2011.

The price of LNG sold to Japan has been rising this year, but this is mostly a reflection of higher prices for crude oil. Spot LNG prices have also trended higher since the March earthquake. However, if we take into account the size of the additional demand, the market is relatively calm. Considering the huge surplus supply capacity of some exporters, notably Qatar, and the uncertainty of the global economy, an extreme supply crunch seems unlikely. Since Qatar’s surplus capacity is mainly due to the increased production of shale gas in the United States, Japan may be said to be benefiting indirectly from shale gas revolution.

It is still difficult at this stage to judge the scale of Asia’s potential production of shale gas. We can probably expect to see a certain level of supplies of LNG from shale gas to Asia from the United States and Canada. Yet, the US experience shows us that the possibility of a shale gas revolution in Asia will depend on whether shale gas becomes cheaper than conventional sources, as well as the surmounting of environmental constraints.