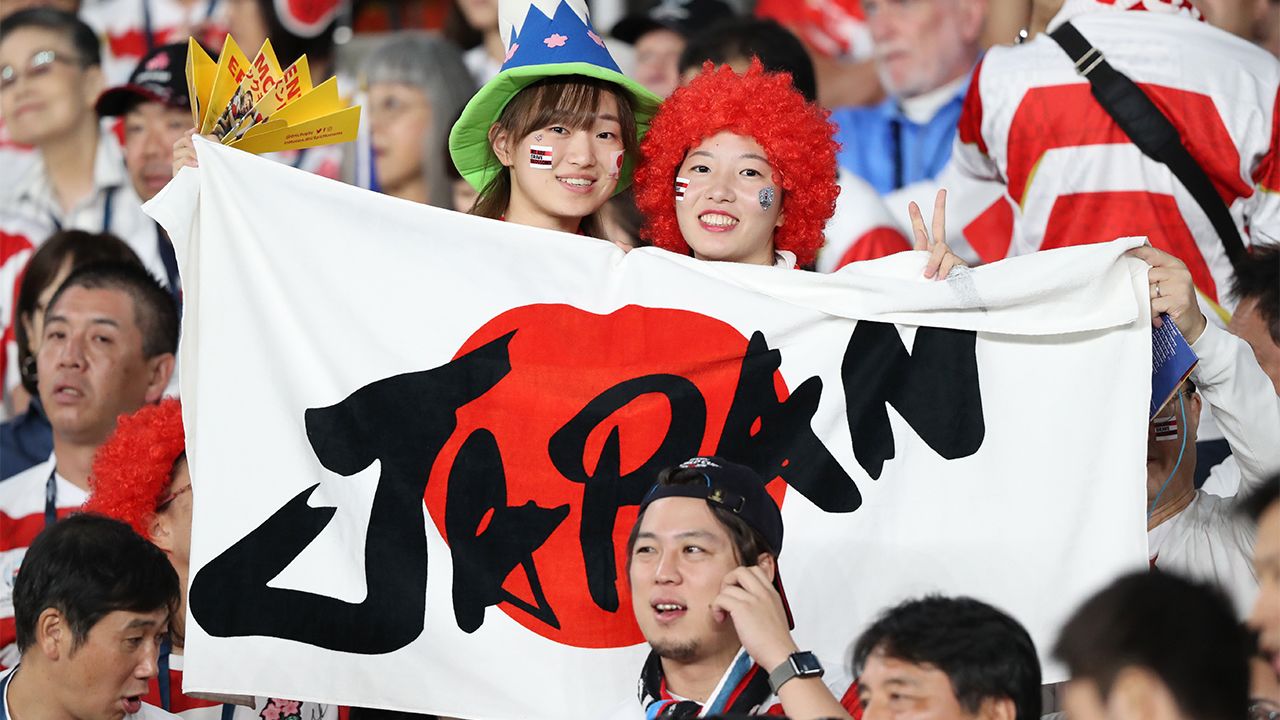 Politics Mar 4, 2020
What do people around the world see in Japan? Japanese PR outreach is often viewed as clumsy and counterproductive; one of the nation’s leading publicists wonders whether this is actually the case.

Japan Captures the World’s Attention in 2019

Japan is often described as lacking a talent for communication. I address this situation in my essay, looking in particular in the second part at the fundamental issues in play. I must admit, though, to being rather optimistic about Japan’s capabilities in this field, the reasons for which I describe below, in the first part.

The year 2019 was one when journalists around the world focused their gaze, and their pens, on Japan. Primary among the events causing this was, of course, the enthronement of Emperor Naruhito.

Throughout the modern era, the enthronement of a new monarch has invariably taken place in a somber mood of mourning, following the death of the previous emperor. This time, however, there was nothing to dampen the mood of onlookers, and Japan’s society as a whole was steeped in a celebratory atmosphere.

When the name for the new imperial era, Reiwa, was announced, I took the liberty of presenting it with a bit of English word play, explaining its pronunciation as “Raywa, with ‘ray’ as in ‘a ray of hope.’” The naming went over well with the nation’s youth in particular, producing what seemed to me to be an unprecedented situation in our history, with a new era name’s announcement being greeted with joy by the younger generation.

No abdication had taken place in Japan in some two centuries, but the procedures were in place to allow for this, a fact calling attention to the long continuity of the nation’s systems. The ceremonies that took place were similarly evocative, being carried out in ancient forms that seemed to come straight from the Nara or Heian periods. Visually striking and proceeding in solemn stateliness, these were events that remain for some time in the memory of those who viewed them.

Thus the images went out to the world: Japan as a thoroughly happy place, where the modern and ancient stand side by side and joyous people offer their congratulations. In this day and age, a nation’s people appearing content is newsworthy itself. It is no wonder that the world’s media turned their eyes to our country.

Japan’s Cabinet Office carries out an annual public opinion survey on the life of the people. The fiscal 2019 survey, whose results were published in August last year, found that fully 73.8% of respondents are today satisfied with their lifestyle. This number is in line with the trend seen in recent years, remaining around the highest level ever seen for this response. The numbers, too, back up the statement that the Japanese are happy people.

Yet another factor to add to this mixture was the 2019 Rugby World Cup, hosted in Japan. The Japanese national side, the Brave Blossoms, performed admirably, reaching the knockout round for the first time. The home team’s fans were naturally thrilled by this, contributing still more to perceptions among the foreign tournament visitors that the Japanese people were kind hosts in high spirits.

The Rugby World Cup offered Japan an opportunity that not even the Olympics, slated for the following year, could—more than a month in a row of high-profile sporting action. This naturally let the global media to present days upon end of coverage focused fully on Nippon, the host of the tournament.

This rugby tournament provided the ideal segmentation, in market speak, to direct PR resources to a well-defined target population. Rugby powers including England, New Zealand, and Australia were all perfectly placed for targeting by Japanese publicity campaigns as strategically important partner nations, and the campaigns that were put together all hit their targets perfectly at this time.

And what targets these were! Rugby fans who could come to Japan to stay for weeks were certain to have a certain level of social standing in their home countries, and financial status to match. Given the reach they likely enjoyed on Instagram and other social media networks, Japan could be confident that it had landed a large number of valuable brand ambassadors who would share its messages online.

In the end, both the ascension of a new emperor and the rugby tournament gave Japan outreach opportunities—in the form of global television, newspaper, and online coverage—that would have required vast sums of money to purchase if the country had set out to secure paid coverage on this scale. This represented a tremendous cost-performance ratio for Japan in the public-relations arena.

And this ratio seems likely to continue paying dividends into the year 2020. The completion of the new National Stadium, which will host the Opening Ceremony and track and field competition of the 2020 Olympics and Paralympics, has already figured largely in international headlines, and the global media remain focused on Tokyo, and Japan as a whole, in connection with the games.

A Top-Tier Place Among Beloved Nations

In the Gallup survey administered on February 1–10, 2019, 30% of respondents stated a “very favorable” image of Japan, while 56% had a “mostly favorable” view of the country, for a total of 86% with a positive take on the nation. The only countries securing higher overall scores than Japan were Australia, with 88%, and the United Kingdom, with 87%.

South Korea scored highly for the East Asian region, but even then, it only marked a 71% positive percentage. China, meanwhile, scored its highest-ever 72% in the February-March 1989 survey—just before “the Tiananmen Square events” that year—and now languishes at just 41%.

China has, of course, been at the center of global attention for some time now. But this has not translated into positive international feelings for the Asian giant. Above I noted that 2019 was a particularly productive year for Japan in terms of its global PR outreach. In China, the case has been precisely the opposite, with the country’s considerable publicity spending producing very little in the way of results.

In another global ranking, the Country RepTrak study carried out by the Reputation Institute, Japan reached eleventh place in the 2019 list of the world’s most reputable countries. This was a high for an Asian entrant; Singapore came in seventeenth, Thailand twenty-third, and Taiwan twenty-fourth.

The 10 top-ranking nations in the Country RepTrak study for 2019 were Sweden, followed by Switzerland, Norway, Finland, New Zealand, Canada, Denmark, Australia, the Netherlands, and Ireland. As is common in international comparisons of this type, the Scandinavians performed exceptionally well; the other names are those one expects to see at the top of such lists. Japan, which just failed to crack the top 10, stands out from this crowd as a global economic power—something differentiating it from the other countries enjoying strong reputations abroad.

Just what is it about Japan, then, that attracts positive appraisals from international observers?

Cultural Attractiveness: From Cuisine to the Anime Scene

Japan has no shortage of attractions to offer, spanning a broad range of fields. And each of them is backed by a considerable span of history, a factor that perhaps underpins the hold they have on domestic and global audiences alike.

Take Japan’s traditional food and its nihonshu, or sake, the quintessential Japanese alcoholic beverage. These products are seeing demand rise year by year among global gourmets. The nation, as a result, is seeing its exports climb annually in agricultural and fisheries products. 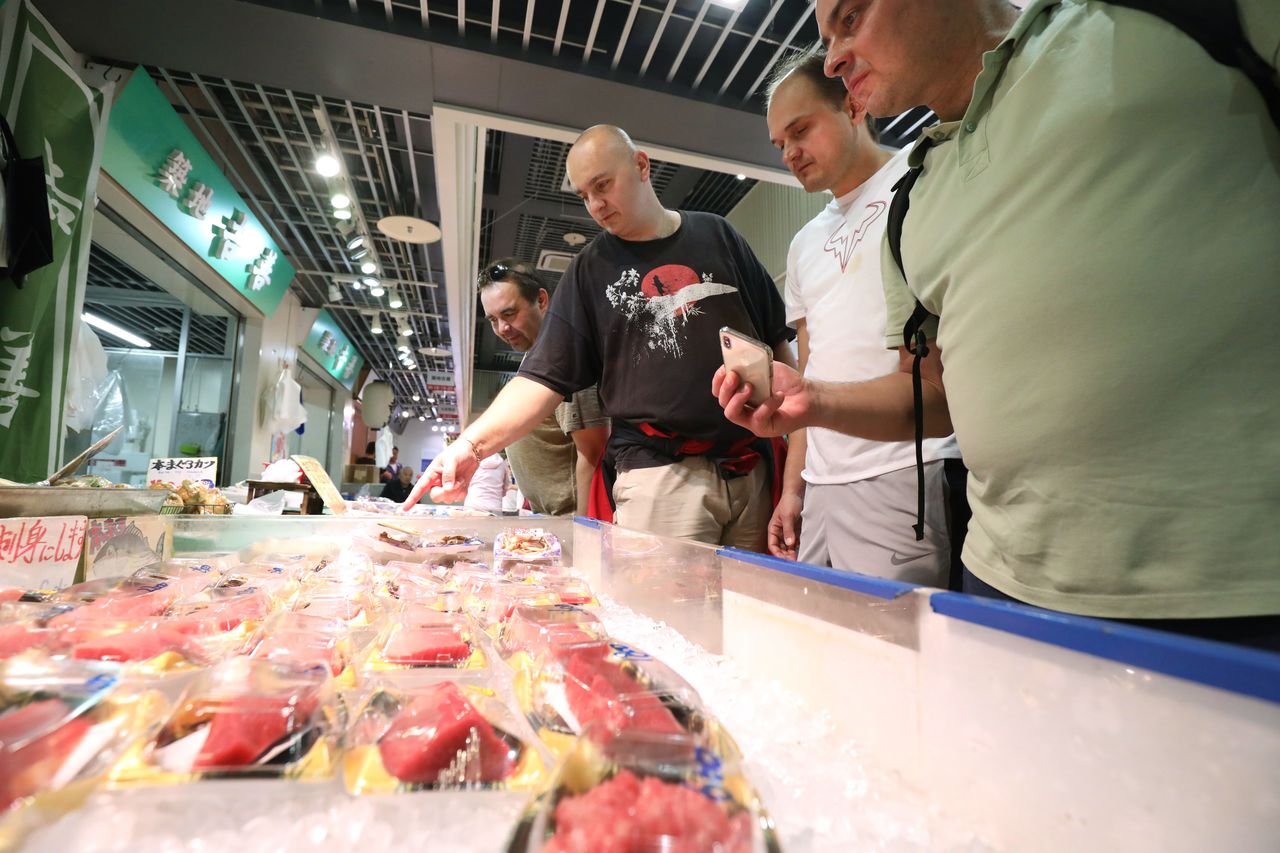 In screen entertainment, meanwhile, Japan offers the world its anime, whose creators show an almost haikulike talent for depicting the beauty of the world in a few strokes of their pens. The unique attractiveness of this art form has won devoted fans the world over. While manga, the print form underpinning this animated art, may be viewed as a product for children, it is crafted by elite editors coming from Japan’s top universities—the equivalent of American editors at Random House or other top-ranked firms with Ivy League pedigrees. The manga sector has more than a century of history behind it at this point, having formed as a full-fledged industry at around the same time as a broad middle class took shape in Japan’s cities to consume its output. This is not something that other countries can so easily imitate or catch up to.

I might also touch on the depth of Japan’s population who read for pleasure, who further support this manga industry. As long ago as the Edo period (1603–1867), Japan boasted the largest population of literate pleasure readers in not just Asia, but anywhere on the planet. This history is the foundation for the artistic reading culture in Japan today.

And the history goes back still farther. The Tale of Genji, held to be the world’s oldest romance novel, remains a cherished work to this day, thanks to the numerous dramatizations and adaptations it continues to undergo. By the Edo period, it had already captured a fervent female fanhood. This seems likely to have provided the fertile soil for artforms leading up to the shōjo manga, comics for young female readers, that still flourish today.

In terms of more highbrow art, we also have kabuki and nō dramas. We have a wealth of ceramic creations that inspire collectors around the world. And we have a tremendous body of literature that captivates the most intellectual readers.

Whether Murakami Haruki will win the Nobel Prize for literature is a topic cropping up like clockwork each year, but even if he never does, there can be no doubt that he remains one of the top authors writing in our era. His name has even become an adjective in places like China, where at one point urban youths affected with a certain ennui were described as “Murakamiesque.”

There must certainly be few countries on earth that can keep their shelves stocked with such a ceaselessly rich flow of cultural products.

Japan also improves its image day by day thanks to its ordinary citizens—the train conductors, taxi drivers, department store workers, and janitors—who come into contact with visitors from abroad. The pride they show in their work, however humble it may be, inevitably makes a positive impression.

The administration of Prime Minister Abe Shinzō took steps to loosen restrictions on the issuance of tourist visas, or to do away with them completely in some cases. This has resulted in an explosion in inbound tourism: from just 8.4 million a year in 2012, just before Abe took office again, to some 31.2 million in 2018.

Most of the first-time visitors to our country appear to come away from their trips with a positive impression of Japan. This underlines the fact that Japan is a world leader in public relations, and that it can count on retaining its top-flight reputation in years to come.

That said, there are still ways in which Japan can improve its performance in the international PR field. I will address some of these in the second half of this essay. As a sneak preview, though, I will say that the Japanese government and the nation’s corporations must take another good look at their approaches to external PR and find ways to do away with the problems seen there.