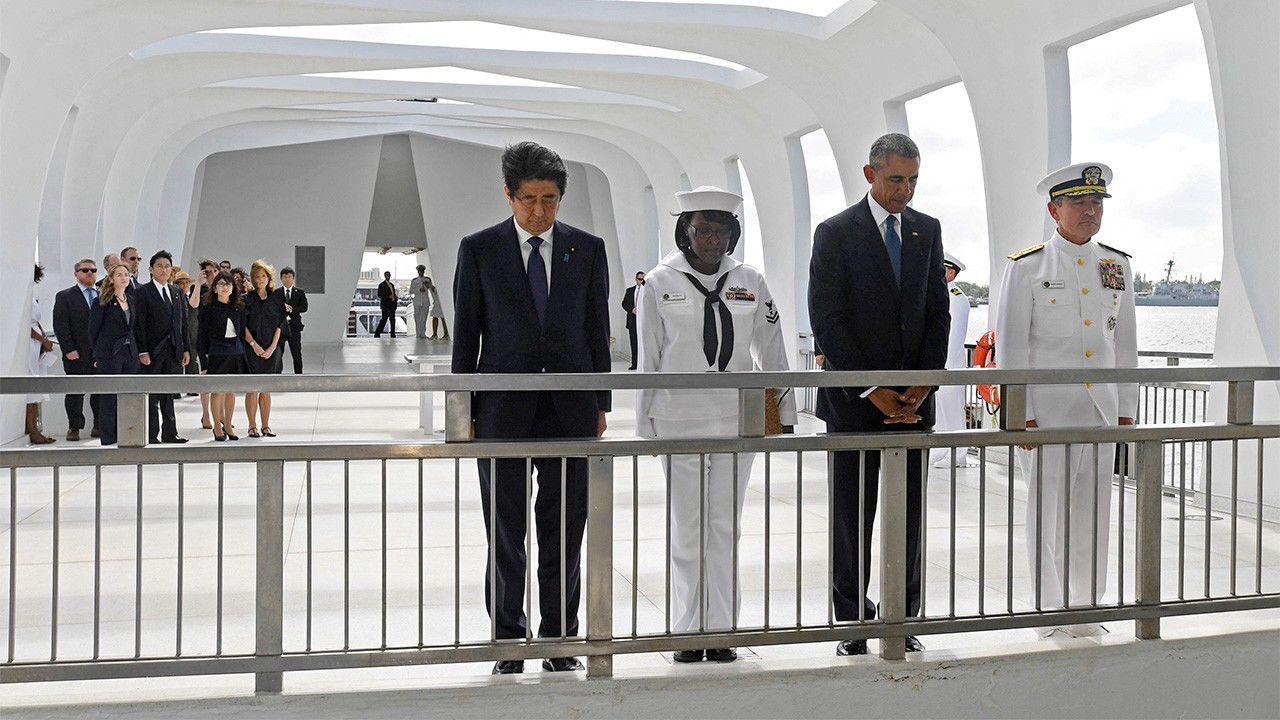 Fighting Anti-Japanese Bias in the Global Media — My Lonely Crusade

Politics Mar 12, 2020
Countering misperceptions regarding Japan in the international media has become a personal crusade for one intrepid scholar and media pundit. Takeshita Seijirō, who has logged more than 2,500 appearances on the BBC and other news outlets, describes his solitary battle.

A typical evening at home. I am relaxing with my family at the end of a hard day when our tranquility is shattered by the ring of my mobile phone. The call is from an overseas broadcaster seeking commentary on some news item involving Japan, generally something that occurred a few hours—or even minutes—earlier. I hurry to my study for the interview.

Such interruptions are almost routine. I give interviews from home at all hours. (The media are heedless of time zones.) I have vacated my seat at international conferences to respond to such requests. On one occasion I gave an interview from the lobby of a hot springs inn where I was vacationing.

These appearances are not financially rewarding. In fact, most media outlets pay me nothing at all. So, why do I bother? Quite simply, I feel it is my duty.

Getting Past the Stereotypes

Generally speaking, the foreign press is not very well informed when it comes to things Japanese. The reports coming out of overseas news outlets are often inaccurate or misleading, feeding into negative stereotypes. This happens because many journalists skim the surface of events and use them as a springboard for facile analyses, without probing the geographic, historical, social, and cultural background. (The same can be said of the Japanese media’s coverage and analysis of foreign news.)

Exacerbating the problem is the media’s basic impulse to focus on the sensational—a tendency that has grown more and more pronounced in recent years. In addition, many news organizations deliberately frame the news to serve an underlying ideology or agenda. Of course, there are still organizations like the BBC that remain committed to neutral and objective reporting, but all too many these days seem bent on influencing the agenda in keeping with a particular stance or worldview.

Such biases are particularly conspicuous in coverage of historical and political disputes between Japan and its neighbors, China and South Korea. On one occasion, a Chinese TV network produced an hours-long special about the atrocities perpetrated by the Japanese Imperial Army during World War II. In a bid to give the appearance of balance, the producers invited a number of foreign guests, including me. But the selection of guests was heavily slanted toward China and against Japan, and the overall effect—amplified by the blatantly anti-Japanese comments of the program’s host—was to portray Japan as the root of all evil. To jump into the fray as the lone dissenter was like running into a burning building.

Why, one might ask, do I even bother fighting such lopsided battles?

I do it because, unless I am there to offer a rebuttal, the other side will simply have its say, and the misconceptions and prejudices it espouses will spread and take hold. Someone has to cut through their smokescreen and introduce some reality to the dialogue. Mind you, my opponents are well armed, and they know just where to aim their weapons. To be honest, such discussions leave a bad aftertaste. But someone has to do it, and I know all too few people who are willing and able to slug it out in English. In the course of my career, I have made more than 2,500 appearances in the foreign media, including more than 1,000 on the BBC alone. A colleague of mine once pronounced me an attention seeker for my willingness to be interviewed under any and all circumstances. I will never forget the indignation and desolation that comment provoked.

Truth as the Most Powerful Weapon

Some producers lay the groundwork carefully, determined to frame the issue according to a preconceived narrative. Still, as I see it, I have nothing to fear with truth as my ally.

Once I appeared on a Chinese TV program after the helicopter carrier JS Ise was commissioned into service in March 2011. On camera, I was confronted with the senseless assertion that the ship’s name—the same as that of a World War II–era battleship—testified to the resurgence of Japanese militarism. I countered that the naming of ships after places was a common practice all over the world, and I cited various examples. Ignoring my argument, the Chinese scholar who had been invited to the studio as my opponent simply chanted the same mantra over and over: “Japan’s remilitarization is a threat to peace in Asia.”

Next, citing figures from several reputable research institutes, I pointed out that China’s defense expenditures at the time amounted to 1.87% of GDP, while Japan’s was only 0.92%, and more importantly, that China’s military spending had grown by a factor of almost 10 since the year 2000, while Japan’s had stayed more or less flat. I also contrasted the two countries’ naval presence in the region, comparing China’s 5 nuclear-powered ballistic-missile submarines and 60-odd attack submarines with Japan’s 28 conventional submarines, and asked which of us posed a threat to neighboring countries. I think the answer was obvious to any objective viewer. Still, my opponent continued to harp on the supposed significance of the ship’s name.

All right, then, I answered. I guess that means that, should China decide to name a ship Tiananmen, it would signal a return to the reign of terror, when the government used guns and tanks to silence its own citizens. With that, the studio erupted in chaos. (The Chinese government does not acknowledge that the Tiananmen Square incident occurred, and in referring to it, I was defying one of the biggest media taboos in China.)

Even if I am outnumbered a hundred to one, I have no fear as long as I am armed with the truth. That said, there have been a few occasions when I “lost my cool.”

One memorable instance was in December 2016, when a newscaster for a Middle Eastern network asked me to comment on the Chinese government’s reaction to Prime Minister Abe Shinzō’s visit to Pearl Harbor.

The previous May, US President Barack Obama had traveled to Hiroshima, where he delivered a speech and laid a wreath at the cenotaph in Peace Memorial Park. It was an unprecedented and courageous gesture for a sitting American president. I was moved to tears by a photo showing the president embracing a tearful A-bomb survivor.

No doubt wishing to reciprocate, Abe visited Pearl Harbor with President Obama the following December. Casting flowers on the water for the victims of the attack, Abe and Obama seemed to personify the partnership of two nations that had, in Abe’s words, “eradicated hatred and cultivated friendship and trust on the basis of common values” and were now “appealing to the world about the importance of tolerance and the power of reconciliation.”

I was asked to comment on the statement issued by China’s foreign ministry, which had dismissed Abe’s visit as a cynical bid to “wipe away World War II history.” At that moment, something in me snapped, and I answered heatedly. What business did China have butting in when two great powers, Japan and the United States, were striving to put the past behind them and move forward shoulder to shoulder? China, I said, was like a jealous youth muttering curses as he watched the woman he fancied dance off with a more attractive fellow. (I must admit, it felt good to let loose.)

Each time a major Japanese corporation’s stock dives as a result of some scandal, people will ask me if “is it over for Japan” as an economic power. Of course not, I reply. The growth phases of the 1960s, 1970s, and 1980s are over, and Japan is now a mature economy. Any comparison between those eras and today is meaningless. High-value-added products made in Japan still have an international reputation for quality; they are a world away from the cheap, mass-produced goods of the 1960s. It may be true that Japanese industry may lag in product innovation like inventing new consumer technologies, but it still excels in process innovation that builds value through ongoing improvements.

So, what accounts for this notion that Japanese industry is no longer a force to contend with? I believe our image problem stems largely from the poor external communication skills of our business executives.

This weakness becomes particularly evident whenever a scandal breaks. Japanese businesses excel at risk management—identifying, minimizing, and preparing for specific hazards before they occur. It is a positive corollary of the Japanese tendency to play it safe. But our corporations are much less adept at crisis management—that is, reacting quickly to scandals and other unanticipated setbacks in order to control the damage and put things back on track.

Reassuring external stakeholders in the wake of accidents and scandals is the job of the company’s managers—particularly its chief executive officer and other senior executives. Unfortunately, Japanese executives tend to follow the lead of the company lawyers, who are fixated on liability and are unable to see the forest for the trees. In the absence of a plan of action, they keep silent until they have no choice but to confront the issue publicly. By then, the response is always viewed as “too little, too late.”

Japan’s image as an economic power suffers greatly from the weakness of its business executives. In the 2016 World Talent Report published by the IMD World Competitiveness Center, Japan ranked sixtieth out of 61 countries in the competence of its senior managers, sixty-first in the international experience of its senior managers, and fifty-seventh in management education. At the heart of the problem are organizations that promote people regardless of talent, place excessive emphasis on the ability to “get along,” and discourage debate and the free flow of information. Also problematic is the cult of monozukuri, which deifies Japan’s manufacturing industries and perpetrates the fallacy that any company that makes quality products is bound to succeed—thus justifying a lack of strategic management. Until companies acknowledge and address these weaknesses, the world will doubtless continue to underrate Japan’s competitiveness.

In the meantime, I continue my lonely crusade against the misconceptions and prejudices that flourish in the absence of strong external communication. Whether at work or at home, day or night, I remain at the ready, with my phone on.

(Originally published in Japanese. Banner photo: Prime Minister Abe Shinzō, at left, and President Barack Obama, second from right, observe a moment of silence after casting flowers into the waters above the USS Arizona at the Pearl Harbor National Memorial in Honolulu, Hawaii, on December 27, 2016. © Jiji.)