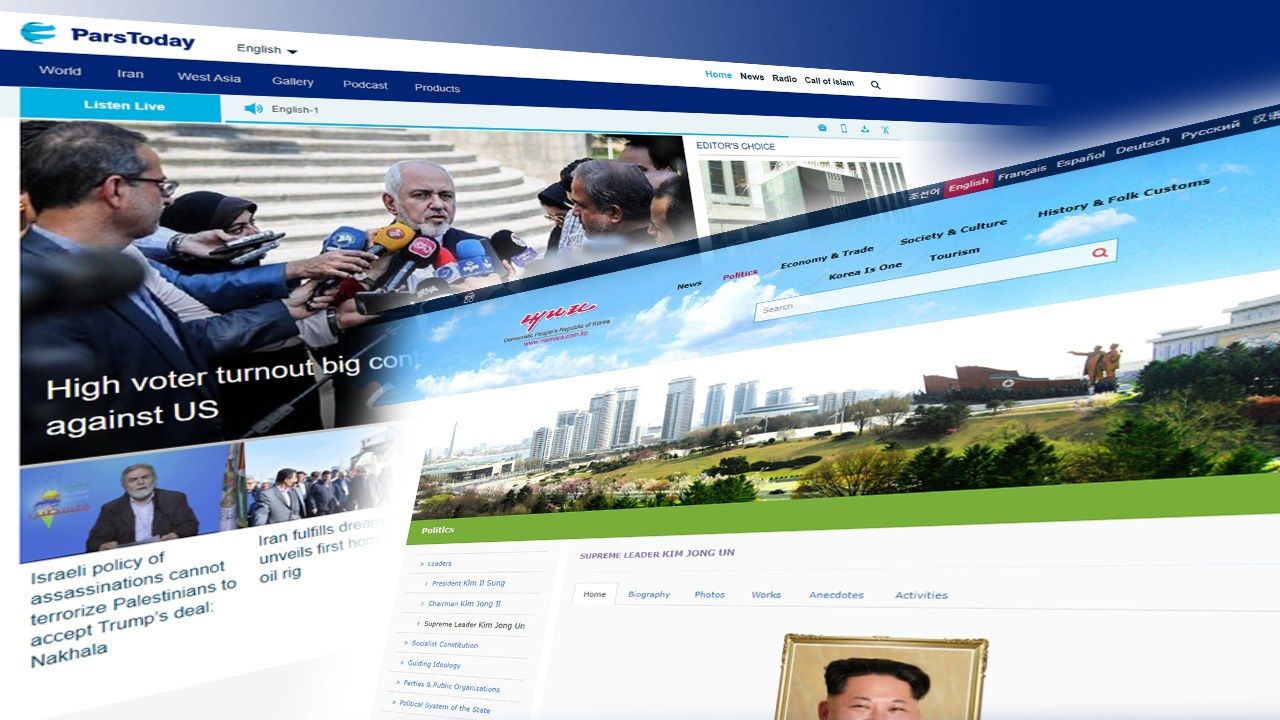 Public Communication as a Foreign Policy Tool: Lessons for Japan from Iran and North Korea

How can Japan improve its use of global public communication as a tool of foreign relations? One way may be to learn from governments that of necessity rely heavily on that diplomatic tool. Internationally isolated countries like Iran and North Korea place particularly strong emphasis on state-sponsored public communications and invest considerable resources in providing multilingual information aligned with specific strategic goals. Their purpose is quite simply to convey their views to the rest of the world and make official information easily accessible to decision makers and opinion leaders overseas, including government officials, influential politicians, and journalists.

In Praise of State-Controlled News Sites

Pars Today is a news and commentary website operated by state-controlled Islamic Republic of Iran Broadcasting, or IRIB. It has sister sites in more than 20 languages, providing information in English, Chinese, Hindi, and Japanese, as well as Persian. The content includes not only domestic news but also detailed coverage of the Middle East as a whole, as well as significant developments in key countries like the United States and Israel. It also provides an overview of world news in the form of excerpts from Western media outlets.

North Korea has an information portal called Naenara (Korean for "my country") offering content in nine languages, including Chinese, English, and Japanese as well as Korean. As with Iran's Pars Today, this impressive multilingualism attests to the infusion of government resources.

One important point to note about Naenara is that the various multilingual editions are not identical in content. From the wide-ranging news and commentary carried on the Korean site, the editors select and prioritize items of interest or relevance to the hypothetical readership of each foreign language edition. Thus, the Japanese site prominently features items pertaining to Tokyo-Pyongyang relations and ongoing controversies surrounding past Japanese aggression, whereas the Russian site naturally focuses on relations between North Korea and Russia. A certain political calculus unquestionably goes into this editing.

From the Top Down

Another important function of both sites is to publish the full text of statements by the countries' political leaders. Naenara, for example, carries the complete text of all of Kim Jong-un's major speeches as well as his remarks during summit conferences and similar events. While the average reader can dispense with such detailed information, it is extremely useful to diplomats, foreign-policy officials, and other experts seeking to understand North Korea's intentions.

One might note that when Prime Minister Abe Shinzō visited Iran and conferred with Supreme Leader Ayatollah Ali Khamenei in June 2019, Pars Today reported the results of the talks in extensive detail and published the information before the Japanese media did. The driving force in this case was clearly the political aim of ensuring that governments around the world received Khamenei's political message exactly as intended.

Of course, in Iran's case, there is also the religious component to consider; some departments of Pars Today are clearly concerned with propagating Islamic doctrine. But when it comes to political news, the content seems strongly geared to policy makers and opinion leaders in the target countries.

In this sense, the Iranian and North Korean news sites differ in intent from traditional mass-propaganda instruments like the former Soviet Union's Radio Moscow, which was aimed primarily at influencing public opinion around the world. Iran and North Korea appear to be using their news websites as a tool of foreign policy, targeting their message to a fairly select group of decision makers and opinion leaders. It is doubtless because their official diplomatic channels are severely limited that they place such emphasis on strategic public communication.

English is Not Enough

It might be argued that an English-language sister site should be sufficient if the information is oriented to the cognoscenti. I disagree. The fact is that information provided in English is not universally accessible to opinion leaders and policy makers in non-English-speaking countries. "Internationalists" may pride themselves on their English ability, but there are many domestically powerful leaders in countries around the world—Japan being but one example—who read nothing that is not in their native language. This applies to journalists as well; if one wishes to reach reporters and commentators covering domestic politics (not just journalists in the international and foreign-language sections) there is much to be said for publishing information in the target country's native language. More fundamentally, information in one's native language is simply easier and faster to absorb, regardless of one's level of education or expertise. This, I believe, is the reason North Korea and Iran go to the trouble of translating their news websites into so many different languages.

Of course, Japan is not an internationally isolated country like North Korea or Iran. But that does not mean it can afford to neglect public communication as a tool of foreign relations. To the contrary, I see an urgent need for Japan to enhance its capacity to communicate clearly and coherently with the world in order to advance its strategic interests amid the harsh realities of international affairs.

The Japanese government's current approach to global public communication is lacking in unity and strategic purpose. Instead of a single portal, the government has separate official websites for the prime minister and his cabinet, the Ministry of Foreign Affairs, the Ministry of Defense, and so forth. Most of these agencies also have English-language pages that translate a portion of the information from the Japanese website, but there is no central government coordination or oversight. When it comes to communication with the international community, a consistent and unified message is of the essence.

The governments of Iran and North Korea use Pars Today and Naenara to convey their official positions. Similarly, it is usually possible to glean the government stance on various issues from China's People.cn and Russia's Sputnik. It seems to me that Japan would also benefit from an Internet portal that hews to the government's position while providing multifaceted information on a wide range of topics. Needless to say, public funds would be needed to support multilingual translation, editing, and website administration.

I believe that global public communications targeting opinion leaders in the government and the media will play an increasingly important role in international politics in the coming years. The Japanese government needs to make better use of today's digital technology to unify, clarify, and amplify the messages it wants to send to the rest of the world.