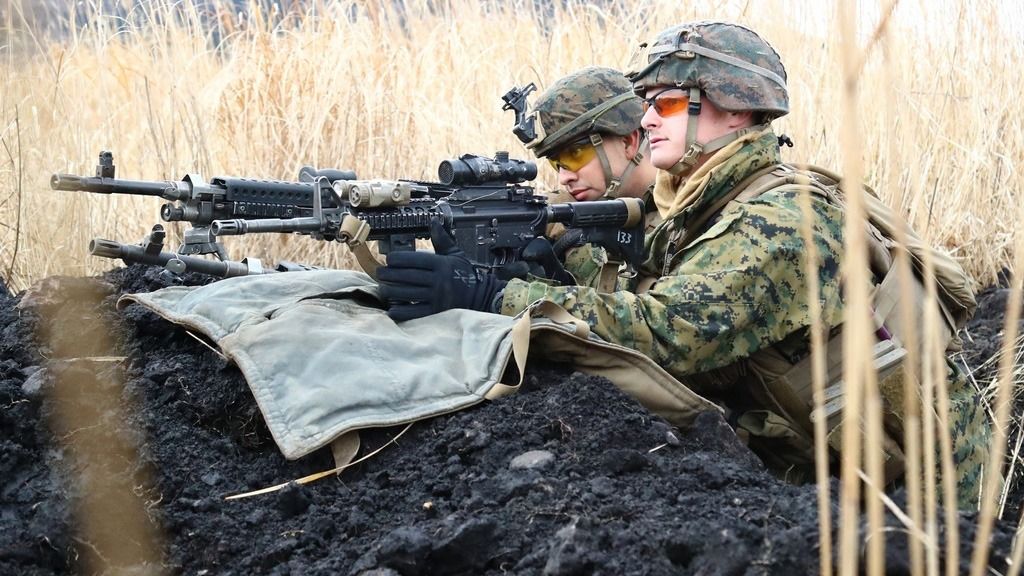 Politics Aug 25, 2020
The COVID-19 crisis can be seen as a threat to national security, but traditional threats have not gone away. As the international situation becomes more complex and volatile, it is important not to place too much emphasis on tackling new security issues.

As a major threat to people’s lives and the functioning of the state, the global spread of COVID-19 is a security issue. In Japan’s first National Security Strategy, drawn up in 2013, infectious diseases are mentioned as one of the serious challenges that could affect human security.

Discussion of the measures to contain infection themselves under the umbrella of security is meaningless, as it would only serve to disseminate the standard concepts in that field. It is certainly worthwhile, however, to examine what strategic changes to security the current pandemic forces Japan to consider.

Among the range of nontraditional security threats, infectious diseases, like natural disasters, have been thought of as an area where it is relatively easy to achieve international cooperation. Yet, looking at today’s world, there are situations where it is hard to see countries working together smoothly. One can also identify security issues arising from troubling moves made stealthily while global attention is focused on the pandemic. This means that Japan must think about how to defend itself in circumstances that are more complex than ever.

The international order is undergoing great change, but rather than a radical shift in direction, this is an acceleration of ongoing transformation. Three aspects are moving forward simultaneously: the increasing competition between the United States and China, reconsideration of the role of the state, and further progress in globalization.

When China tried to cover up the emergence of the new coronavirus and failed to contain it, the country lost global trust and its government found itself in a difficult position domestically, as it showed it had not learned the lessons of the 2003 SARS outbreak. The United States was also unable to stop infection from spreading, and the issue is likely to have a big impact on the presidential election in November. As US public opinion turns against China, the presidential candidates are increasingly vying to show that they will be tough on the Asian giant.

There is also growing competition between the political systems epitomized by the two rivals. The world’s countries are at a crossroads, where they must either opt for a Chinese-style digital surveillance state or aim toward a Western-style free, open society that combines the latest digital technology with Western-style freedom. This is another field for intensified friction, as the United States and China seek to influence the choices of many developing nations.

As attitudes toward Beijing deteriorate in Europe, North America, Japan, and Australia, it is becoming harder to simultaneously engage economically with China while standing together with the United States on security matters. At the same time, very few countries can ignore China’s huge markets and economic might. The future remains unpredictable. If China makes a swifter economic recovery than the United States, a situation might develop where other countries feel that after all it is best to turn to Beijing.

Although COVID-19 has spread freely across national frontiers, there has been renewed recognition that actions to contain it have basically been taken by individual sovereign states. Through such moves as tightening of borders, measures at ports and airports, and fiscal stimulus packages, the role of states has come under the spotlight. While one certainly cannot ignore the part international bodies play in tackling global problems, there is a limit to their powers, due to the complex involvement of the national interests of different sovereign states. The lapses of the World Health Organization have made this apparent once again, contributing to the return of states to center stage.

While the role of the state is being reappraised, globalization is expected to progress further, particularly in its economic aspects. Currently there are considerable restrictions on the flows of people and goods, but as technology never goes backward, there will likely be no change in the trend toward ever-tighter international connections. From the perspective of information transfer, this trend may even accelerate, given the rapid growth in the use of the cyber sphere, whose importance as a global public good has risen again.

There is likely to be reform in supply chains’ huge dependence on China, but given the cost of production, manufacturers are not expected to return operations to domestic plants, except for some products related to health and medicine. Instead, they are seeking ways to specialize and diversify their business. Due to such issues as intellectual property rights violations, there is a strong possibility of other countries keeping their distance from China, but it is impossible to decouple it from the international community.

While the world reels during the pandemic, traditional threats have not gone away. In Japan’s environs, North Korea continues to provoke the international community with missile tests and talk of “military action plans.” Chinese government vessels have entered the contiguous zone beside the Senkaku Islands almost every day this year, and intrude into Japanese territorial waters around twice each month. There are reports of Chinese public vessels taking assertive actions against Vietnamese fishing vessels in the South China Sea. Beijing also announced the establishment of new administrative districts for artificial islands it has constructed in the sea, intensifying its drive toward a fait accompli of Chinese control.

However, the security issues the world is now focused on are all coronavirus-related, including health, the economy, and food. There is little interest in longstanding problems between states. July 12 saw the fourth anniversary of a historic ruling at the Permanent Court of Arbitration in The Hague against Chinese claims in the South China Sea. The only attention it received, however, came on the following day in the context of the US-China confrontation when US Secretary of State Mike Pompeo made a statement covering this issue.

What is more, there have been reports of COVID-19 outbreaks causing restrictions in operations by a US aircraft carrier and other units. The Rim of the Pacific naval drills, led by the US Navy, have been scaled back this year. If this kind of situation continues, there will be no way of stopping Beijing from creating faits accompli in the South China Sea and elsewhere. It may also negatively affect US military proficiency, readiness, and coordination with allies and other partners. In short, it will undermine the power needed to maintain regional security.

The Importance of Indo-Pacific Stability

In the Indo-Pacific region, the world’s three largest economies—the United States, China, and Japan—and India, which is enjoying remarkable growth, are expected to go on playing major roles in driving the global economy after the pandemic. Japan’s role as a maritime nation is key to regional peace and security. In considering its new security strategies, based on the global situation described above, the following points are particularly important.

Japan has greatly benefited from the deterrent effect of its alliance with the United States, and in this age of US-Chinese antagonism and systemic rivalry, there is no possibility of it choosing to side with Beijing. The decline in US power is only relative, and thereby no reason to give up on Washington. The Japan-US alliance should be reaffirmed as the central pillar of Japanese security. Viewing it lightly by focusing only on the rapid transformations in the world order will assuredly lead to regret.

However, the role of the alliance in the new post-pandemic era of intensified US-China competition is as yet undefined. There is a need to redefine it and articulate specific details on how Japan and the United States will cooperate in security terms. Whoever wins the US presidential election, it will be important for Japan to take the initiative to strengthen the alliance and firmly engage with the United States.

The pandemic is one negative aspect of globalization and vulnerability in the cyber sphere is becoming another increasingly serious one. Nontraditional issues are developing into graver threats to the security of states and their citizens. At the same time, they are the vehicle for the escalation of traditional geopolitical threats.

Considering that the international environment is facing a qualitative transformation that could bring about fundamental readjustment of security issues, there could be a danger of focusing too much on a nontraditional agenda, while misreading broader trends. The Indo-Pacific region is more of an “international society” of sovereign states than a borderless “global society,” and longstanding interstate antagonism continues to be the major security issue. Even if we acknowledge the importance of tackling the pandemic in security terms, other traditional threats do not disappear. There is a limit to human and financial resources, and as that pressure becomes more severe, prioritization of security measures and efficient implementation of those measures become ever more important.

Medical and health cooperation in the context of security and defense cooperation, as well as improvement of capabilities to deal with biological and chemical weapons, has been useful in joint efforts to contain the pandemic. While similar efforts are now hampered by limitations in human flows, COVID-19 countermeasures have become an opportunity for boosting security cooperation. Since April, Japan’s minister of defense has held bilateral telephone and video conferences with his counterparts in a number of other countries and agreed to the sharing by defense authorities of knowledge acquired in tackling the coronavirus. Such actions should be extensively conducted in order to produce substantial outcomes and help develop security cooperation in other fields.