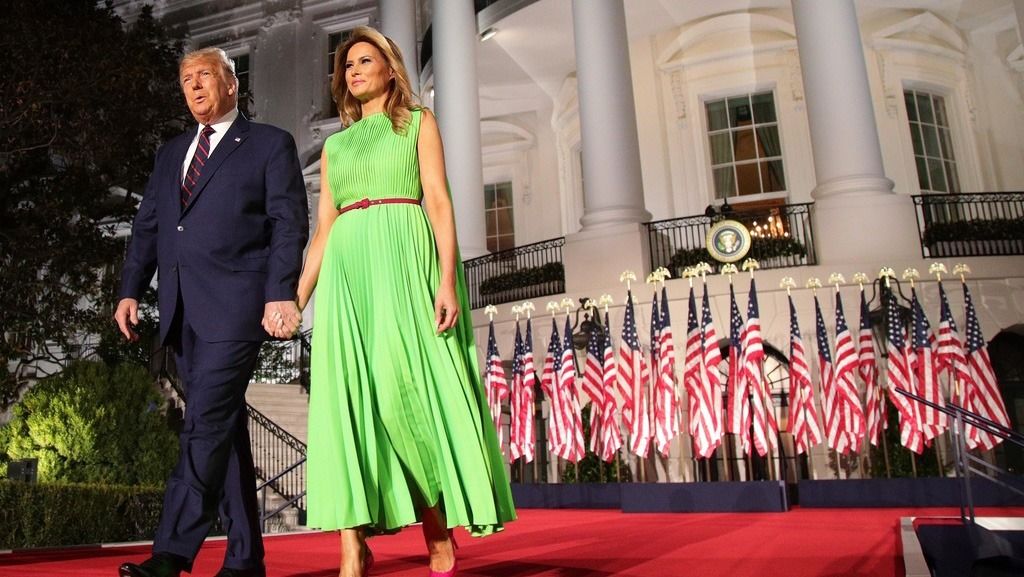 A Japanese Perspective on the 2020 US Election: The American Experiment in Peril

Politics Oct 13, 2020
With the US presidential race in its final leg, a specialist in American politics comments on the Trump campaign’s divisive culture-war strategy and its potential repercussions for the nation and the world.

As the 2020 US presidential race enters the final stretch, opinion polls continue to give former Vice President Joe Biden an edge over President Donald Trump. But given the stunning events of 2016, no one is discounting Trump’s chances for reelection. Amid widespread public disapproval of the president’s pandemic response, the Trump campaign is counting on a fear-driven conservative backlash to alter the dynamics of the election, with potentially profound consequences for the nation and the world.

What developing issues have the potential to tilt the election in Trump’s favor?

For months now, the main focus of attention has been COVID-19. A leveling off in the number of new cases along with a substantial drop in mortality could work to Trump’s advantage. But in the absence of a miracle, the Trump campaign can only hope to distract the voters from the pandemic, which has already claimed some 200,000 American lives. A “coronavirus election” would amount to a judgement of Trump’s performance, and such scrutiny cannot benefit the president.

To prevent the election from becoming a simple referendum on the Trump presidency, the campaign has embraced two basic strategies. One is to call into question the mental capacity of the aging Biden. Since the 2016 campaign, Trump has made liberal use of nicknames designed to belittle his political opponents: Low Energy Jeb (Bush,), Lying Ted (Cruz), Little Marco (Rubio), Crooked Hillary (Clinton), and so forth. (Wikipedia actually has an entry titled “List of nicknames used by Donald Trump.”) The epithet Sleepy Joe is clearly calculated to raise questions about Biden’s alertness and mental acuity.

Of course, Biden himself has given observers some cause for anxiety on this score, and the Trump campaign is keen to capitalize on such doubts and shift the focus from Trump himself to Biden’s fitness for office. Paradoxically, however, overreliance on this strategy risks helping the former vice president by lowering the bar to the point where even a competent speech by Biden comes off as a triumph.

The Trump campaign’s biggest hope for shifting voters’ attention away from Trump himself is the escalating unrest over racial injustice, as the August Republican National Convention made abundantly clear.

Trump has a natural talent for sniffing out sources of division, amplifying the tension, and mobilizing it for political purposes. From this standpoint, the growing turmoil over racial issues has been a gift to his reelection campaign. Of course, not even the Trump camp would go so far as to take a stand in favor of police brutality against African Americans. Instead, it has allied itself with those who regard such incidents as isolated cases to be addressed individually, as opposed to manifestations of deep-rooted systemic racism.

Let us recall for a moment the events leading up to the May 25 death of George Floyd, which fueled a major escalation of the Black Lives Matter movement. Video footage shows a white police officer kneeling on Floyd’s neck for eight minutes and 46 seconds, his expression unchanging despite the man’s obvious distress. The protesters and their sympathizers saw that attitude and treatment as signs of systemic racism and proof of the need for structural change. Others insisted it was an isolated incident to be dealt with by charging or disciplining the individual police officers involved. The chasm separating the two sides is fathomless. Trump was quick to pick up on that rift, and he has proceeded to exploit it relentlessly.

Counting on a Backlash

In recent months, BLM has evolved into a massive nationwide movement enjoying a high degree of mainstream support. Some are even comparing it to the civil rights movement of the 1960s. The COVID-19 pandemic may be partly responsible for this remarkable groundswell. The lockdowns have intensified widespread feelings of frustration with the status quo, while the threat of this new and sometimes deadly pathogen has heightened a shared sense of vulnerability.

At the same time, there is no denying the potential for a backlash. The turmoil and social change of the 1960s ultimately fueled a conservative reaction that swept first Richard Nixon and later Ronald Reagan to power. Indeed, in trumpeting the cause of “law and order,” Trump and his team are borrowing straight from the Nixon playbook.

In the midst of this year’s Republican National Convention, the unrest over racial injustice escalated in the wake of an incident in Kenosha, Wisconsin. On August 23, Jacob Blake, an African-American man, was shot repeatedly in the back by a white police officer while leaning into his car, with his children in the backseat. The shooting triggered peaceful protests, as well as several outbreaks of rioting leading to property damage.

The symbolic significance of these developments was magnified by their timing and Wisconsin’s importance as an electoral swing state. The Democratic Party, which has embraced the “systemic racism” position, soft-pedaled its criticism of the rioters. At the Republican National Convention, Vice President Mike Pence took the opportunity to frame the Trump campaign’s message in stark terms: “You won’t be safe in Joe Biden’s America.”

The Democrats on a Tightrope

When incidents such as those described above happen again and again, it is reasonable to portray them as symptoms of a systemic ailment, as opposed to isolated incidents. At the same time, characterizing the problem as structural can have the effect of delaying resolution and heightening division as the calls for change extend to more and more aspects of daily life.

Understanding this dynamic, the Trump campaign has milked the situation for all it’s worth, and some observers feel that the Democrats have walked right into the trap.

Objectively speaking, there is little indication at this point that the “law and order” message is resonating much with anyone outside of Trump’s base. But in time, escalating disorder and strident charges of systemic violence are likely to alienate “middle” Americans from the BLM movement. This danger is heightened by the ideological dogmatism and intolerance displayed by many of those who wave the flag of “social justice.” The preponderance of young people in the movement contributes to this tendency.

Of course, the changing attitudes of young Americans could also serve to counter the conservative backlash that the Trump campaign is counting on. Even so, it is hard to imagine a resolution to the fundamental conflict.

This is not the first time the rest of the world has watched as the forces of multiculturalism and reaction competed for America’s soul. But the mixture of hope, anxiety, and awe with which many of us observed the great “American experiment” in the past has given way to something resembling pity. The United States has been among the countries hardest hit by the COVID-19 pandemic, and its president has not only shrugged off the peril but actively sown division in the midst of a national tragedy. At the same time, one cannot but worry about the fitness of the man who would replace him.

Should the United States fail in its effort to build an inclusive multicultural society under a free and open democratic system—or should it abandon the attempt—the global consequences could be dire. Developing countries around the world, under mounting pressure to choose between competing systems, may cease to view liberal democracy as the goal line toward which they should be striving. They may even ask, with some justification, “Is there really such a difference, after all?”

For all our sakes, we must hope that America weathers the storm.

(Originally published in Japanese. Banner photo: US President Donald Trump and First Lady Melania Trump arrive at the South Lawn of the White House to give his acceptance speech for the National Republican Convention, August 27, 2020. © GettyImages/Kyōdō.)