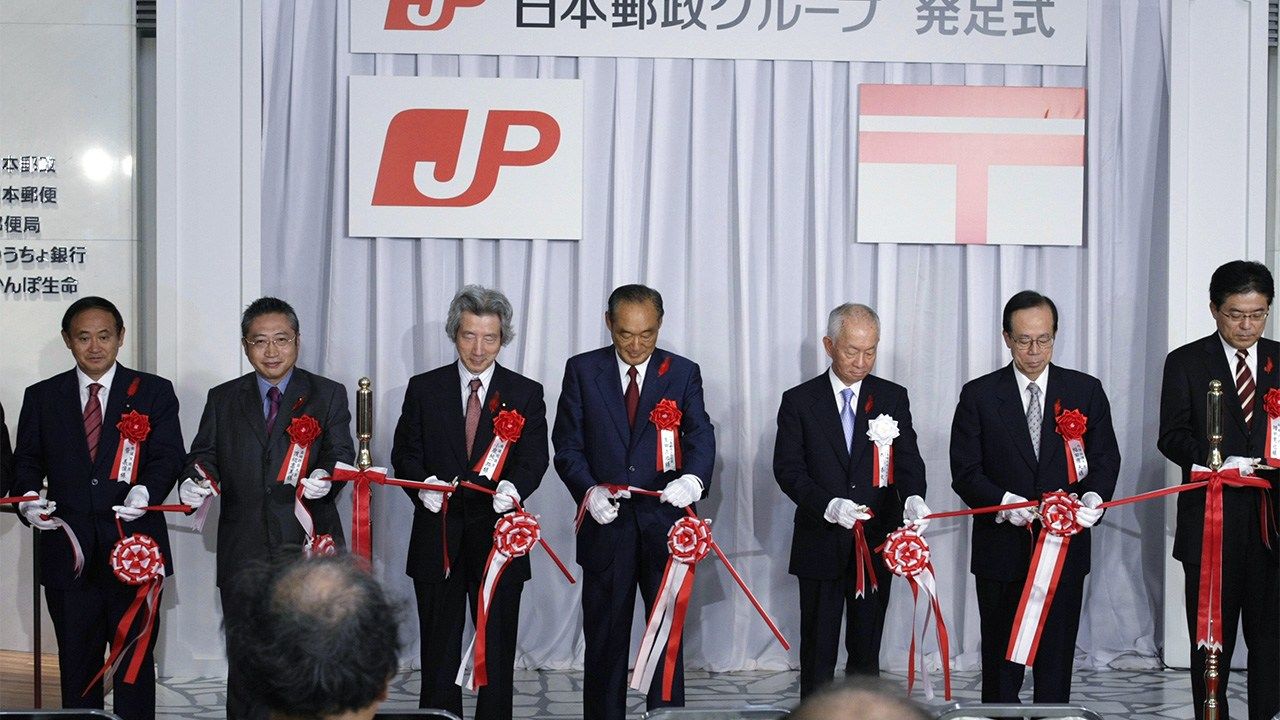 Toward a New Era in Regulatory Reform: Japan on the Cusp of Digital Transformation

Economy Politics Nov 26, 2020
Prime Minister Suga Yoshihide has identified regulatory reform as one of his cabinet’s top policy goals. Economist Ōta Hiroko, who has headed the government’s regulatory reform panel, offers an overview of the priorities and challenges ahead.

Prime Minister Suga Yoshihide has identified regulatory reform as a top policy priority for his fledgling administration. In the following, I offer an overview of the regulatory issues facing Japan and the most urgent imperatives for reform.

The Japanese government began tackling regulatory reform in earnest in 1995 with the adoption of its first Deregulation Action Plan  and the launch of an independent body charged with planning and overseeing reform. Contrary to popular belief, deregulation has made substantial progress in a number of sectors since then, opening up telecommunications to new entrants, liberalizing interest rates and bank fees, deregulating electricity rates, and more.

Japan’s problem is that each reform takes so long to accomplish. Regulations need to be reviewed and revised constantly to keep up with changes in the economic environment. Restrictions that once served to protect, nurture, or stabilize important industries become obsolete and counterproductive.  Unfortunately, businesses tend to resist any relaxation of the regulations that once protected them, even after those protections have lost their raison d’etre. For this reason, regulatory reform has a political as well as an economic dimension.

The first is the persistence of restrictions on the entry of for-profit businesses into certain industries. Large sectors of the Japanese economy, including healthcare, childcare, and agriculture, remain all but closed to for-profit public companies. Even today, the vast majority of Japanese daycare centers and long-term care facilities are owned by “social welfare corporations” and other nonprofit entities. Public companies find it difficult to gain entry, and those that do face severe competitive disadvantages. In the agriculture sector, publicly traded companies are prohibited from owning farmland. In the field of healthcare, they are barred from operating hospitals.

Progress toward regulatory reform has been particularly slow in the field of healthcare. One reason is that, in an area that clearly requires some degree of regulation, any move toward reform tends to trigger fears of deregulation run rampant. Another reason is that the industry’s licensed providers and practitioners have formed powerful lobbies that make reform politically difficult.

The second major regulatory issue relates to Japan’s failure to make the most of digital technology. Regulations have severely limited the expansion of telemedicine and distance learning, for example, even though we have the technology at our fingertips. Japan’s slow progress toward digitalization has come under harsh scrutiny of late amid the restrictions on movement and face-to-face interaction necessitated by the COVID-19 pandemic. The sharing economy also lags far behind in Japan, where regulations severely restrict the scope of private lodging operations and have thus far blocked ride-sharing services.

The case for action on both fronts is compelling. Relaxation of restrictions on entry makes sense at a time when demographic aging and the entry of women into the labor force can be expected to create a surge in demand for long-term care and childcare services. That demand could fuel the rise of growth industries under a more liberal regulatory environment. As it is, childcare and long-term care are facing labor shortages that are unlikely to be resolved until operators are given the managerial leeway to boost revenues and offer employees better pay.

The importance of removing obstacles to digital transformation should be self-evident today, in the midst of a global “fourth industrial revolution.” With the COVID-19 crisis highlighting the digital backwardness of Japan’s public and private sectors, Prime Minister Suga has made “building a digital society” one of his administration’s key policy goals, and achieving that goal will necessarily require regulatory reform.

Digital Reform as a Catalyst for Restructuring

Given the imperatives discussed above, how should the government set its priorities?

As I see it, the first order of business should be an intensive campaign for regulatory reform consistent with the government’s commitment to build a digital society. The reason is that, in addition to improving productivity and economic dynamism in its own right, digitalization catalyzes further regulatory reform by breaking down the barriers between industries and producing new business models, such as online platforms. As the industrial structure shifts, so must the regulatory framework.

In the finance sector, for example, digital technology has opened the way for the rise of new “fintech” services that allow customers to send money or buy financial instruments using smartphones or other devices. Such developments are forcing the Japanese government to revisit regulations governing fund transfers and the trading of financial products. The changes underway signify a fundamental shift in approach, as the construction of discrete frameworks tailored to established business models gives way to the development of cross-cutting regulations oriented to the needs of consumers.

Under the broad heading of digitalization, we can further identify three basic challenges for regulatory reform.

The first is to dismantle or relax regulations that unnecessarily hinder the utilization of digital technology in specific sectors. Prime examples are healthcare regulations that have impeded the spread of telemedicine, education regulations that limit the use of distance learning, and public-transportation regulations (such as those governing the taxi industry) that are obstructing the rise of on-demand personalized transport services known as MaaS (mobility as a service).

The second challenge is to develop regulations applicable to the new products, processes, and services to which digital innovation is giving rise, including autonomous vehicles, renewable energy sources like hydrogen fuel cells, and utilization of big data. In some cases, it may be necessary not just to revamp existing frameworks but also to introduce new regulations geared to the protection of individual privacy and information security.

The third task is the development of digital government, with a focus on reduction of paperwork and streamlining of administrative procedures. In Japan, tax returns, permit applications, and countless other forms require the submission of stamped hard copies, making it impossible to complete the process online. Moreover, the paperwork required is often exceedingly complicated and burdensome, and permit applications can take an inordinate amount of time to process. The Council for Promotion of Regulatory Reform has established a working group dedicated to reducing administrative red tape as a facet of regulatory reform.

Of the three challenges outlined above, the Suga administration has opted to prioritize the realization of digital government. This decision stems in large part from widespread public frustration with the time it took for individuals and businesses to receive the benefits promised under the government’s coronavirus relief programs.

Japan has been pursuing digital-government initiatives for two decades now, but progress has been halting and unsatisfactory. One problem is that each agency has developed its own system. Another is a shortage of highly qualified IT systems specialists within the government.

The Suga cabinet has announced plans to create a single umbrella agency to consolidate the work of the bureaucracy’s disparate IT departments and build a single system for the smooth and efficient processing of administrative procedures currently handled separately in each ministry. The cabinet plans to submit the requisite legislation to the Diet during the ordinary session set to convene in January 2021. Meanwhile, the government’s regulatory reform panel is hammering out measures that would open the way for complete digitalization of paperwork requiring a hanko stamp .

The Suga cabinet is also addressing the first task mentioned above, reform of regulations that hinder digital innovation in fields like healthcare and education. The government has already announced plans to promote online health consultations and distance learning, services for which demand has soared since the pandemic hit. Regulations restricting telemedicine services were relaxed earlier as a temporary measure, but moves are afoot to make the change permanent. I am hopeful that the Suga government will move decisively to relax regulations that are impeding digitalization in the fields of education and healthcare and from there expand the effort to other sectors.

The Council for Promotion of Regulatory Reform is also deliberating measures oriented to the second task, adapting industry regulations to new high-tech products and services. In the meantime, it will be interesting to watch the progress of the Super City initiative introduced under the amended Act on National Strategic Special Zones, enacted last May. Under the legislation, regulations will be experimentally relaxed in designated cities to permit the development of innovative transportation and other urban systems making use of such cutting-edge technology as artificial intelligence and big data.

There are two important points that the government needs to keep in mind as it pursues regulatory reform geared to digitalization.

The first is the importance of approaching reform with consumers and users in mind. Politicians can easily be swayed by business interests opposed to deregulation, and regulatory agencies often resist reform as a threat to their authority. In Japan, the “iron triangle” formed by business organizations, politicians, and bureaucrats has injected a strong supply-side bias into economic policy. This is the single biggest reason for the slow progress of regulatory reform in Japan.

But the digital transformation currently underway is driven by the needs of consumers. If we hope to build a smoothly functioning digital society, we must do so with the users’ interests uppermost in mind, and the same holds true for the process of regulatory reform.

The second point is the need for speed. The digital transformation of recent years has proceeded at a very rapid pace. But regulatory reform is notoriously slow in Japan, as we have seen, largely owing to the time-consuming process of brokering deals among stakeholder groups. Strong leadership from the prime minister will be essential to push through the needed regulatory reforms in a timely fashion.

In almost any industry, digitalization means a departure from established practice and as such is bound to meet with opposition from leading players. When regulatory reform comes into play, such opposition can only intensify. But momentum for reform has gathered in recent months as the coronavirus has highlighted the slow pace of digital transformation in Japan.

It is propitious indeed that at just such a time the reins of government should be handed to Suga Yoshihide, a former minister of internal affairs and communications and a committed advocate of digitalization. Surely now is the ideal time for Japan to take long-delayed action on digitalization and regulatory reform. Let us move promptly, that some good may emerge from the COVID-19 crisis.