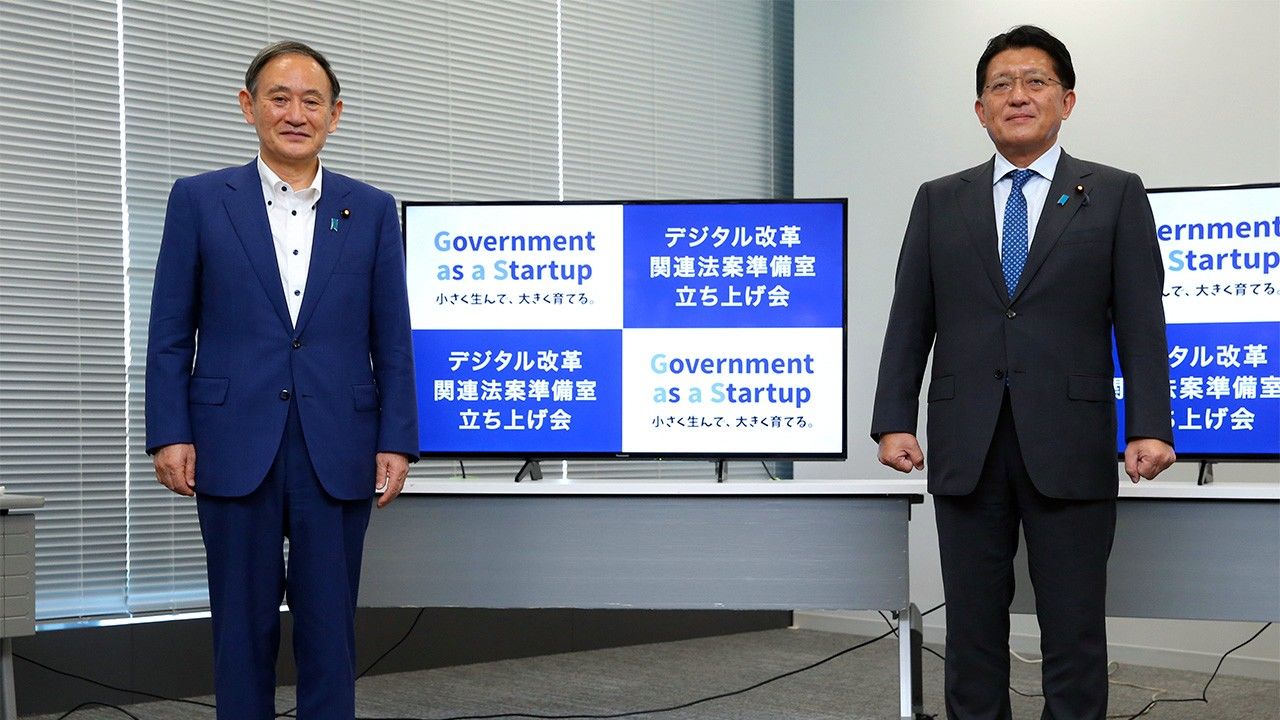 Moving Out of Digital Defeat

Politics Economy Society Lifestyle Jan 27, 2021
Part two of an interview with Kawabe Kentarō, CEO of Japanese Internet giant Z Holdings. Here, he explains that scattered local governments need to coordinate to get Japan out of its current state of “digital defeat.” The key to that is to achieve a loose coupling, where each organization’s data is linked but remains independent. 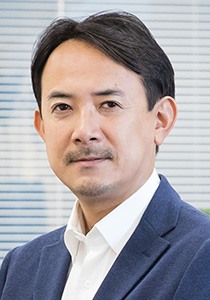 President and CEO of Z Holdings. Born in 1974 in Tokyo. Graduate of Aoyama Gakuin University. Founded the Internet startup Dennōtai in 1995 while still at university. After managing Yahoo News, became vice-president of Yahoo Japan in 2012 and president in 2018. Has held his current role since October 2019.

TAKENAKA HARUKATA  When the digital agency, set to be launched in September 2021, builds a new system, how many engineers will it need?

KAWABE KENTARŌ  Yahoo offers a service for 80 million people with around 3,000 engineers. This also includes the front end, and so for the new agency we figure around 2,000 people will be needed.

What we need to consider, though, is that even if the digital agency builds a system, if local governmental bodies don’t join up, then they won’t achieve the essential loose coupling of data and systems, and improved resident services will end up a pipe dream. 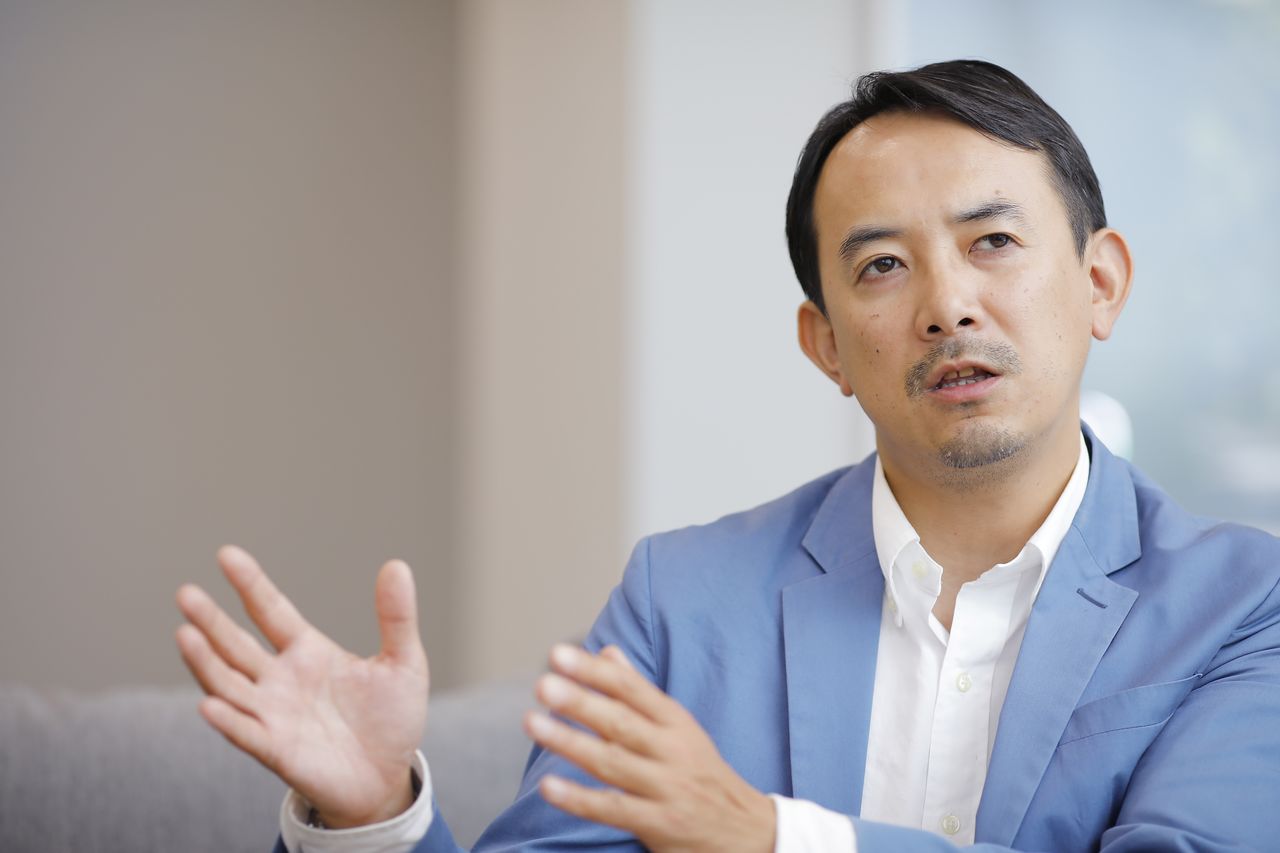 Getting Out of Digital Defeat

KAWABE  This digitalization movement is gaining momentum, so we really need to think about maintaining system and data independence and local government autonomy while still building the necessary coordination between local governments and the central administration. There will also be a need for separate systems to clamp down on inappropriate data use. We don’t need to tie down systems with further laws, though.

Prefectures and municipalities across Japan have individual ordinances and regulations for personal information protection, without even having a single definition of what is covered by personal information. There are simply too many different rules, and it acts as a barrier to the sharing of the personal data necessary for resident services.

The issues with public-sector Internet use are complex, and with some 1,700 local-government-specific systems already in place, private service providers have had no place for input.

For the past ten years, Yahoo Japan has been working on a service to provide evacuation center information and other disaster information, but it has taken far too much time because we have to talk to each local government. Nothing goes smoothly.

But countries like South Korea or Lithuania are making great use of IT systems. I think we have to get out of this state of “digital defeat.” I think it’s time to support the administration taking the initiative here.

Principle 1       Purpose and Vision: The primary purpose of a digital agency should be to promote the wellbeing of people living in Japan. At the very least, it should help free people from cumbersome bureaucracy so they can more easily use their free time the way they want. Second, improved administrative efficiency and data collaboration will help drive economic growth and longevity.

Principle 2       Concept: The digital agency should not become a systems outsourcer for the public sector, meaning other ministries, agencies, and municipalities. Rather, it should serve as the public sector’s CTO and chief architect for the digitalization project. The administration should communicate with each department as it sets budgets and wields authority for key issues in digitalization, and should implement reforms with firm resolve.

Principle 3       Staff: The back end, at the very least, for the overall system should be developed by full-time software engineers working for the agency. Doing otherwise would make ongoing daily updates and improvements too difficult. It will require a review of the makeup and staffing levels of the civil service to increase the number of professional engineers. It would also be best if the secretary came from an engineering background.

Principle 4       System Architecture: Government systems should be loosely coupled, and need a balance between integration and distribution. Essentially, the core of the value provided by the back end should be built using a system or cloud common to the whole public sector. Without this in place, every part of the public sector is digitalizing in a different way, and thus we get the current situation of “digital defeat.”

Principle 5       Laws and Regulations: One of the causes of the current “digital defeat” is tying down our systems with laws. Once a system is made to meet the purpose and vision, and a simple UI designed for the public sector, then these facets can be set into law. This can become a hard solution to the problem of excessive regulation, as long as it is based on the principle of local autonomy. The national administration and local governments should coordinate in a way that preserves the latter’s administrative, system, and data autonomy.

Principle 6       Checks and Balances: In light of the March 2008 Supreme Court ruling on the constitutionality of Juki Net, the network linking Basic Resident Registers nationwide, and in consideration of the wartime regime, the authority and autonomy of the Personal Information Protection Commission should be reinforced to ensure the proper governmental use of centralized public systems and data and to enhance governance over the Digital Agency.

Principle 7       Organizational Culture: Do not fear failure. The key to digitalization is a PDCA cycle including pursuit of overwhelming user experience (convenience), speedy development, and data utilization. Small failures must be expected for continuous improvement in development and use. We must accept failure as the seed of evolution, and society as a whole, including both the media and users themselves, should accept them as well.

Principle 8       Staffing: Revolving door policies. Since the global trend of digitization is being spearheaded by the private sector, staff should be actively recruited from that sector. This means that salaries for all staff, including the bureaucrats, need to be set at private-sector levels to ensure the best staff can be recruited. The revolving door should move quickly to prevent any undue collusion between the public and private sectors. Private-sector involvement should be actively promoted in front end development.

Related article › Setting the Plan for a Digital Agency

Moving Forward with Both Ideals and Speed

TAKENAKA  What support can the private sector offer?

KAWABE  To make sure that the digital agency isn’t built poorly, and to offer broad support, especially in terms of staffing, we need to make sure that every member company of the Information Technology Federation of Japan can supply engineers capable of building cloud services. The digital agency has to be able to deal with staff with valuable experience.

TAKENAKA  What do you think of the government’s actions, particularly those of Hirai Takuya, the minister for digital transformation? And have you spoken with Prime Minister Suga Yoshihide?

KAWABE  I find it promising that the government is approaching this with ideals in mind. The speed that they’re bringing is also positive. Our most pressing issue now is the engineering problem of whether or not we can build the back end. This is getting a bit ahead of things, but the key is really going to be whether we can build a new system that will allow each local government body to develop innovative services.

(Originally published in Japanese. Based on an interview held remotely in November 2020. Banner photo: Prime Minister Suga and Minister of Digital Reform Hirai Takuya, at right, at the official ceremony establishing an office to prepare for digital reform legislation. © Jiji.)