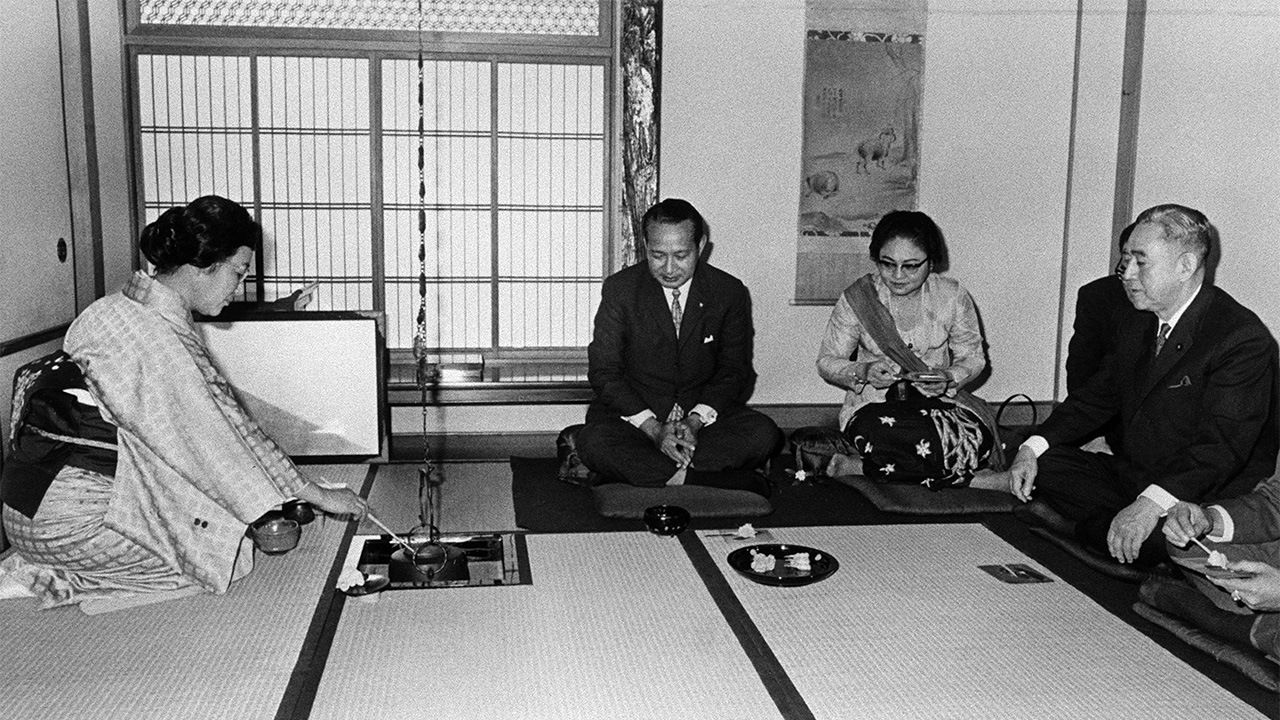 Japan and the Challenge of Human Rights Diplomacy

Human Rights and the Clash of Values in Postwar Japanese Diplomacy

Politics Sep 29, 2021
Japan’s longtime reluctance to confront human rights abuses elsewhere in Asia is analyzed in the context of Tokyo’s tangled allegiances to the Western Bloc, the Asian community, and the principles enshrined in the Universal Declaration of Human Rights.

Japan’s very first Diplomatic Bluebook, published in 1957, identified three guiding principles of postwar Japanese foreign policy: (1) UN-centered diplomacy, (2) identity with the Free World, and (3) identity with the East Asian community. The first principle implied a commitment to the international norms upheld by the United Nations, including those enshrined in the 1948 Universal Declaration of Human Rights. The second meant solidarity with the United States and the rest of the Western Bloc in the context of the Cold War. And the third called for the building of strong regional ties transcending animosities rooted in the policies of Imperial Japan. The history of Japanese diplomacy during most of the postwar era is the story of the government’s struggle to navigate a course consistent with these often-conflicting imperatives, and its stance on human rights issues should also be viewed in that context.

As far as can be ascertained, the first occurrence of the word jinken, or “human rights,” in a postwar Japanese newspaper was in an article in the Asahi Shimbun published on the day of Japan’s surrender, August 15, 1945. Reporting on Japan’s accession to the terms of the Potsdam Declaration, the article made mention of the clause stating, “Freedom of . . . religion and of thought, as well as respect for the fundamental human rights shall be established.”

Subsequent newspaper references to human rights during the US Occupation (1945–52) and the early postwar years mostly focus on Japan. Reflecting the reformist, pro-democratic zeitgeist of the era, they range from condemnations of the prewar and wartime government (including the abuses of the Tokkō secret police) to letters to the editor decrying the ongoing oppression of women in the home.

Nonetheless, Japanese foreign policy was largely silent in the face of human rights abuses elsewhere in East Asia. During the Cold War years, that failing was especially conspicuous in Tokyo’s dealings with East Asia’s “developmental states,” most notably Indonesia and South Korea.

Indonesian President Sukarno was a national hero who had led the nation since declaring its independence in 1945. In the 1960s, as the Cold War intensified, Sukarno strengthened ties with the Communist Bloc, and by the mid-1960s, his stance had turned radically anti-Western. Calling for a Beijing-Jakarta axis, he withdrew Indonesia from the “imperialist-dominated” United Nations in January 1965.

Japan still had relatively close ties with Sukarno, thanks to generous war reparations and the fact that Sukarno’s third wife, Dewi, was Japanese-born. Tokyo did what it could to steer Sukarno back toward a more moderate course, but with little success. The tide turned against him after a failed coup d’état in which a number of high-ranking army officers were kidnapped and assassinated. Major General Suharto, who put down the coup, blamed it on the Communist Party of Indonesia (PKI)—the largest such party outside the Eastern Bloc, with a membership of about 3 million and many more sympathizers.

The September 30 Movement, as the coup is known, set in motion an anti-communist purge of the government and the military and a shift in de facto political power from Sukarno to Suharto. It also triggered a wave of violence that the CIA has characterized as one of the worst politicides of the twentieth century.

Animosity toward the Communists had been mounting for some time among conservative and right-wing elements threatened by agrarian reform. After the abortive coup, Suharto and his forces fanned those feelings and helped fuel and perpetrate a violent backlash targeting not only party members but also many thousands accused of harboring communist sentiments. According to the Indonesian government’s own estimate, some 600,000 people were killed in the course of a few months between October 1965 and early 1966.

Tokyo was aware of the slaughter. One internal document of the Ministry of Foreign Affairs refers to an incident in which a mob of anti-communist forces surrounded a community. According to the report, soldiers opened fire, and civilians burned the entire village to the ground, killing about 7,000 people. Nonetheless, the Japanese government, in close coordination with Washington, turned a blind eye to the atrocities and, when the time was deemed right, began channeling aid to Suharto’s forces.

Once Suharto had seized de facto control, the Indonesian government abruptly changed its diplomatic course and began cultivating ties with the United States and Japan. In August 1967, Indonesia joined with the Philippines, Malaysia, Singapore, and Thailand to found the Association of Southeast Asian Nations. This set the stage for Indonesia’s rise as a developmental state under Suharto’s New Order.

Anyone with even a passing knowledge of Southeast Asia knows about the Cambodian genocide presided over by Pol Pot. But in Japan, one rarely hears mention of the politicide on which Indonesia’s New Order was built. It was a tragic chapter in the history of Cold War Japanese diplomacy, implying as it did that even mass murder could be condoned in the fight against communism.

South Korea and the Kidnapping of Kim Dae-jung

The other high-profile diplomatic controversy of the Cold War era centered on the South Korean regime of Park Chung-hee, who seized control in a 1961 military coup. Park’s repressive policies had come under sharp criticism from Japanese journalists and intellectuals, but Tokyo and Washington both regarded the regime as an important Cold War ally.

Despite Park’s efforts to suppress the opposition, the popular reformist Kim Dae-jung (later to serve as president) came close to defeating him in South Korea’s 1971 presidential election. After Park declared martial law the following year, Kim fled to Japan, where he campaigned for democratic reform in exile. In August 1973, as Kim was leaving a meeting at a hotel in central Tokyo, he was abducted in broad daylight by South Korean intelligence agents. The Japanese government loudly protested this infringement of its sovereignty, yet the dispute was settled by a promise from Seoul to investigate the incident on its side.

Yamasaki Taku, a former secretary general of the ruling Liberal Democratic Party, once spoke to me about reactions to Kim Dae-jung’s abduction within the ruling Liberal Democratic Party. At a meeting of the Seirankai, a right-wing caucus to which Yamasaki belonged at that time, a prominent member openly rejoiced at Kim’s abduction and anticipated murder on the grounds that he was, after all, a communist sympathizer and therefore an enemy who deserved to die. Yamasaki quit the Seirankai in protest.

Clearly, not everyone in the LDP shared the virulent anti-communism of the party’s rightists. But when forced to choose between defense of human rights and support for anti-communist forces, the Japanese government almost invariably chose the latter. In this regard, its foreign policy was in step with the Cold War geopolitical strategy of its senior ally, the United States, which was more than willing to prop up brutal military dictatorships around the world if it considered them allies in the fight against communism.

“Asian Values” and the Dilemma of Tiananmen

By the late 1980s, rapid growth and development had turned East Asia into a major engine of world economic growth. A swelling sense of regional pride and self-confidence fueled a movement to embrace “Asian values” as a valid alternative to the Western emphasis on individual rights and liberties. The most vocal proponent of this idea was Malaysian Prime Minister Mahathir Mohamad, who argued that the East Asian “miracle” was grounded in an ethic that stressed the harmony of the family, corporation, or nation over personal freedom.

A similar current of thought arose in Japan, partly in reaction to a barrage of criticism from the United States. As the Japanese economy had boomed, trade tensions with the United States had heightened, and Japan was under intense pressure to open its markets. It was also the object of much analysis focusing on its “unique” social systems, the thrust of which was that Japan was a closed, quirky country with a government that was only superficially democratic (being controlled by a single party) and an economic system that was capitalist in name only. In response, some Japanese scholars and critics rose to the defense of those systems and of so-called Asian values in general.

When the Tiananmen Square Incident unfolded in June 1989, leading Western democracies were unanimous in denouncing the Chinese government’s violent suppression of pro-democracy protesters. By contrast, there was little appetite for censure or sanctions in Japan. Many here questioned whether Japan, given its past transgressions, was in a position to preach to China about human rights. In political and business circles, the dominant view was that China’s stability was of paramount importance. 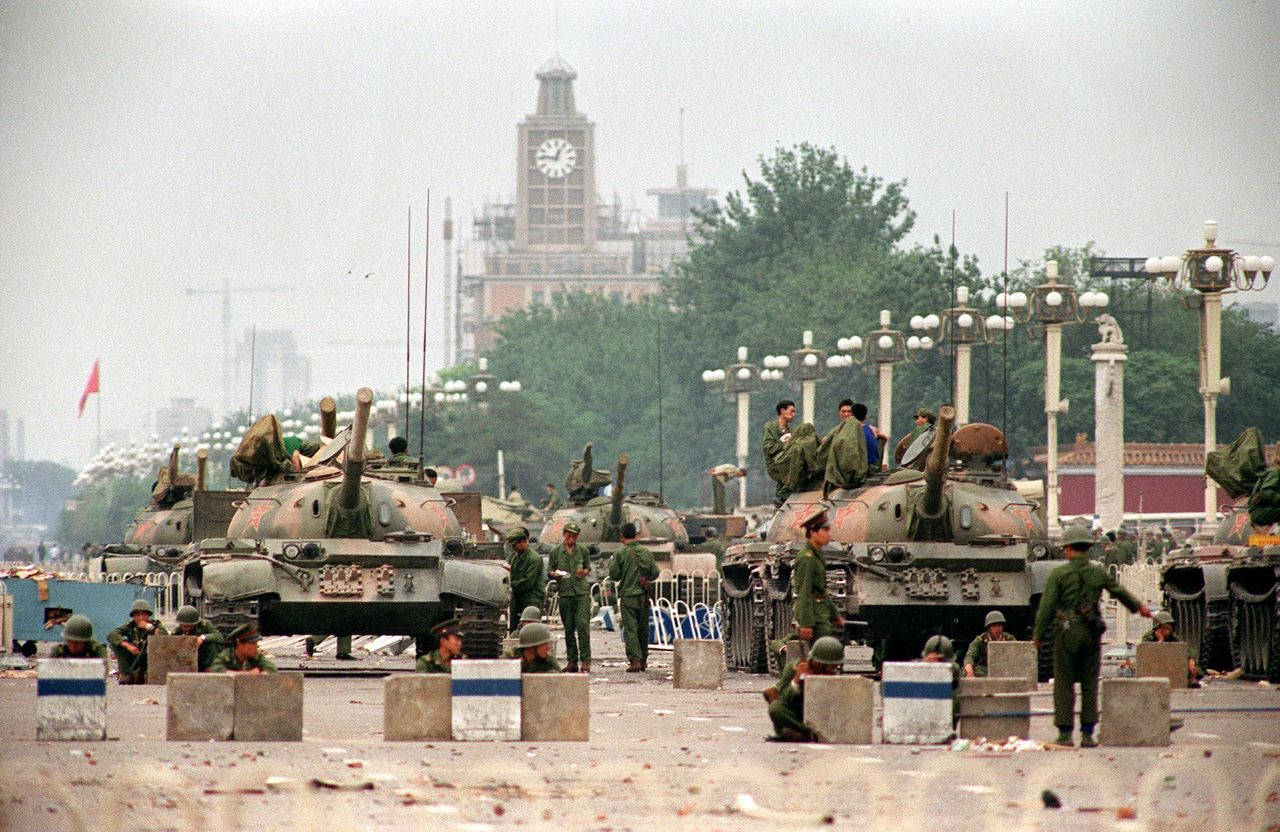 As the foregoing suggests, Tokyo’s foreign policy during most of the postwar era struggled unsuccessfully to reconcile the UN commitment to human rights with Japan’s more pressing diplomatic imperatives—namely, coordination with Washington’s Cold War strategy and strengthening ties with other countries of East Asia. The result was a foreign policy lacking in principle and backbone.

In this context, the advent of “values-based diplomacy” under the first administration of Prime Minister Abe Shinzō (2006–7) was a breath of fresh air. Abe called for diplomacy predicated on a shared commitment to the “universal values” of democracy and human rights and proposed an “arc of freedom and prosperity,” representing the extension of those values through East and South Asia.

To some, Abe’s international pose as a champion of Western liberal, democratic values seemed at odds with his domestic focus on breaking away from the “postwar regime,” a term widely understood as a catch-all for the democratic reforms imposed by the US Occupation. What one needs to remember, however, is that Abe’s starting point as a politician was the campaign to hold the North Korean government accountable for the abduction of Japanese citizens between the 1960s and the early 1980s.

Back in the 1990s, when Abe was elected to his first term in the House of Representatives, neither the government nor the national media paid a great deal of attention to the long-rumored kidnappings or the pleas of the families affected. Abe was among the first Japanese politicians to devote their whole-hearted attention to the problem. He saw the government’s neglect of the victims as a symptom of a government so intent on atoning for past wrongs that it neglected to defend the rights of its own citizens. His rejection of the “postwar regime” expanded from there.

By the time Abe formed his second government in 2012, he had a reputation in the West as a fervent nationalist and historical revisionist. However, his image evolved in the course of his long tenure (seven years and eight months). Amid the diplomatic chaos triggered by US President Donald Trump and other threats to international stability, some foreign observers went so far as to characterize him as a pillar of the liberal international system.

This brings us up to the post-Abe era.

Tokyo is under growing pressure to take a more assertive stance toward other countries where issues of democracy and human rights are concerned. There is no question that Japan has a meaningful role to play from the standpoint of communicating that these are indeed universal values, not just Western proclivities. It is troubling, however, that the problem of human rights only enters into discussion of Japan’s foreign policy in the context of sanctions or other policies targeting China. There are many repressive governments in the world other than Beijing, and it is wrong to shine the spotlight exclusively on China while treating other systematic abuses as unimportant.

Further, by drawing a simplistic dichotomy between China as the embodiment of repressive authoritarianism and ourselves as paragons of democracy and liberty, we risk sinking into a deluded complacency. Japan has serious human rights problems here at home, and the government must begin addressing those issues decisively if it wants to be a credible and persuasive voice for human rights around the world.