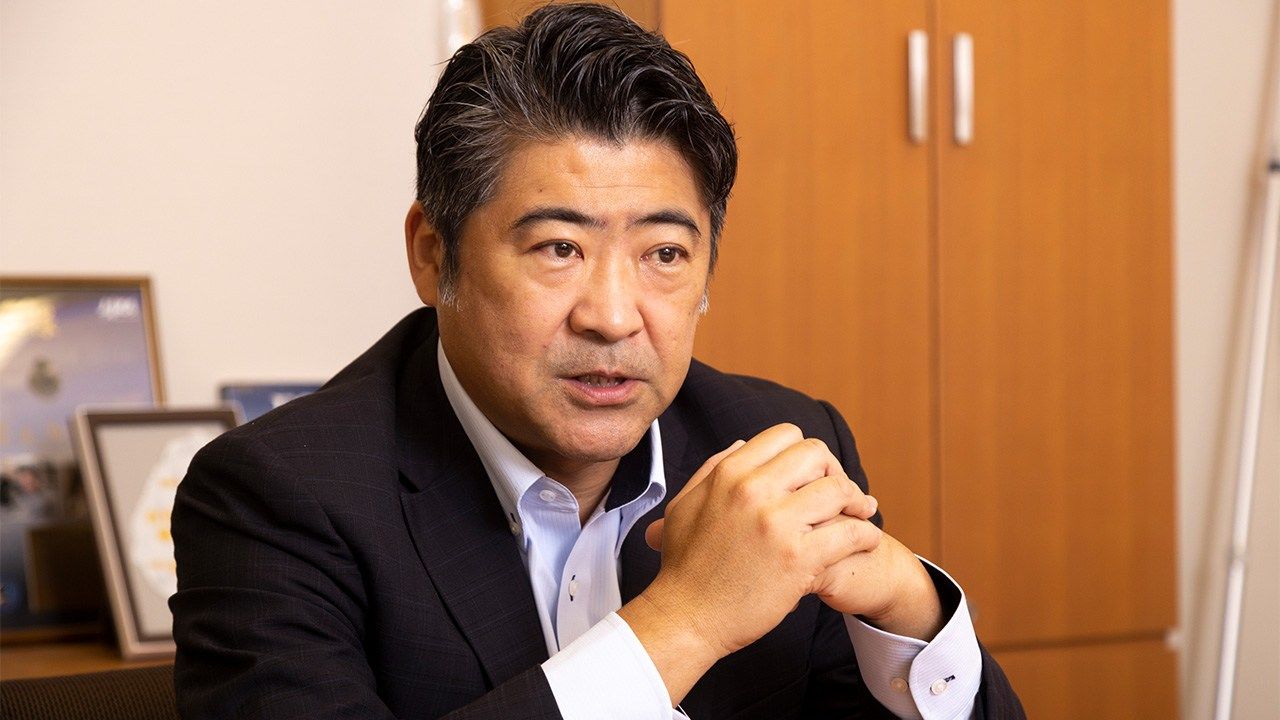 Politics Jul 13, 2022
Deputy Chief Cabinet Secretary Kihara Seiji, a top aide and confidant to Prime Minister Kishida Fumio, sheds light on his own role in the genesis of the administration’s New Capitalism and the policy-making process as a whole in an exclusive interview by political scientist Takenaka Harukata, chair of the Nippon.com Editorial Planning Committee.

A Force Behind the Scenes

TAKENAKA HARUKATA  I’d like to start with some questions about the decision-making process in the cabinet of Prime Minister Kishida Fumio. When policy planners have a major proposal to submit—let’s say a key measure pertaining to economic policy or the government’s response to the pandemic or the war in Ukraine—is it correct to understand that they first explain it to you and the other two deputy chief cabinet secretaries, then to Chief Cabinet Secretary Matsuno Hirokazu, then to the prime minister’s executive secretary, and then, depending on the circumstances, present it directly to the prime minister? Is this the standard procedure? Or does it vary according to the policy area?

KIHARA SEIJI  We adapt flexibly to the situation at hand. For example, if there’s an urgent need for action, as with the pandemic response, everyone may gather in the prime minister’s office and make a decision on the spot. If it’s not a matter of great urgency, it may go up the ladder, from the deputy chief cabinet secretaries to the chief cabinet secretary and on to the prime minister’s office. But that doesn’t mean that it can only proceed after the deputy chiefs give it the go-ahead. For example, sometimes the proposal may go to the chief cabinet secretary first, then come down to the deputy chiefs, and may stop if we’re opposed. In the day-to-day reality of government, we’re generally too busy to stick to a rigid order.

TAKENAKA  What about the [unofficial] “cabinet secretaries’ meeting,” which includes the prime minister, his executive secretary, and the chief and deputy cabinet secretaries? How often does that meet? What sort of issues do you talk about?

KIHARA  We try to meet every day, though only briefly. It’s not a forum for decision making so much as a way to touch base and make sure everyone is aware of the day’s schedule and on the same page with respect to the latest developments. The meetings are generally no longer than fifteen minutes. But it’s important that we meet face to face on a daily basis. The prime minister is so busy that if we don’t set aside a few minutes every day, a week could go by without an opportunity to see him.

TAKENAKA  Deputy chief cabinet secretaries have traditionally played the role of liaison between the prime minister’s office and the Diet Affairs Committee of the [ruling] Liberal Democratic Party. I understand that you’re also responsible for ironing out policy differences between Kishida and the ruling party. Is that how you would describe your job?

KIHARA  Those are both important aspects of what we do. We attend meetings of the Diet Affairs Committee every day. The cabinet doesn’t interfere with the order in which bills are taken up by the Diet. That’s against the rules. However, the party Diet Affairs Committee sound out  the government’s wishes , and in that context, the deputy chief cabinet secretaries simply perform the function of liaison. We’ll also convey to the prime minister’s office information we can gather with respect to the order of business, the general mood among the ruling and opposition blocs, and so forth.

Who Developed the New Capitalism?

TAKENAKA  Is it also correct to say that you take part in all the cabinet’s key policy meetings, such as those pertaining to the economy, the pandemic, and the war in Ukraine?

KIHARA  Yes, I’m involved in most of the important policy meetings. 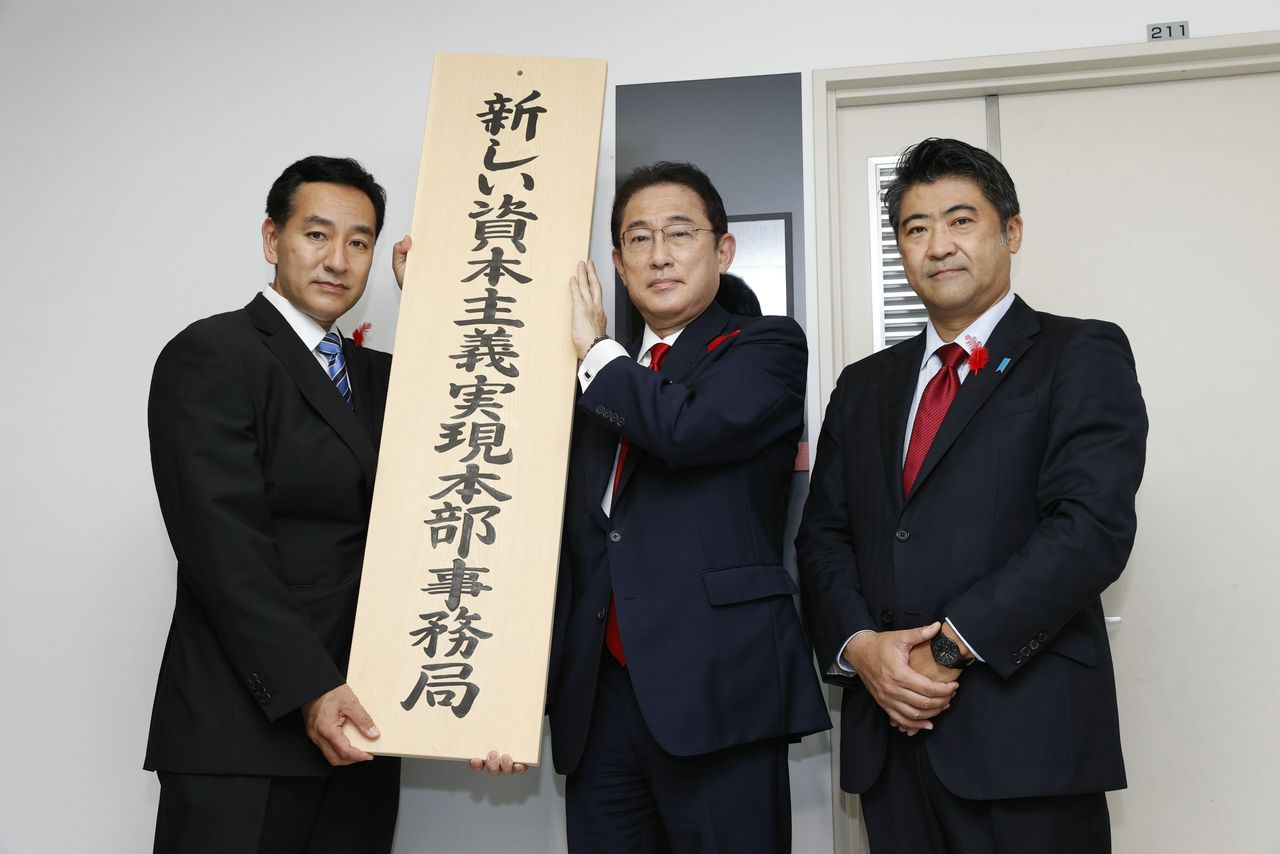 TAKENAKA  You’ve been described as the architect of Kishida’s New Capitalism concept. Can you tell us something about its genesis?

KIHARA  The idea of a kinder, gentler form of capitalism, stressing values like inclusivity and sustainability, goes back to a faction manifesto called K-WISH adopted by the Kōchikai [the LDP faction led by Kishida] in 2017, on the occasion of its sixtieth anniversary.

TAKENAKA  So, did that idea just emerge naturally from within the faction, or was it the initiative of a particular member? What was the driving concern at the time? Was it economic inequality?

KIHARA  I think it emerged naturally. We weren’t focused primarily on negatives like economic inequality. By then most of the world was already turning away from neoliberal policies that rely solely on private-sector competition to fuel growth.

The basic idea is that it isn’t enough just to tell the private sector to compete, and tell them “the best company will win.” The government needs to set goals, and we need to invest in the future. Unless the government targets potential growth industries and demonstrates its priorities to the private sector, businesses cannot be certain where to invest. The idea of “a new form of capitalism” expresses the perception that the times have changed, that we can no longer rely solely on deregulation and market competition to fuel growth.

What’s New About the New Capitalism?

TAKENAKA  My understanding, based on Kishida’s previous explanations and the information coming out of the Council for New Form of Capitalism Realization, was that the policy had three basic objectives: boosting income levels to rebuild the middle class, strengthening Japanese science and technology, and shoring up economic security.

KIHARA  I think that’s about right. There’s a particularly urgent need for investment in human resources. But these are goals that every administration has embraced to one degree or another. The Kishida administration isn’t proposing anything very radical in that sense.

TAKENAKA  It also seemed to me that the Kishida cabinet was sending a pretty strong message to big business. The council highlighted trends like the drop in the share of income paid to labor, the increase in retained earnings among both large and small businesses, the drop in corporate investment in human resources as a percentage of gross domestic product, and the slow growth in research and development spending in recent years. We were told that businesses have been sitting on their profits instead of using them to boost wages and invest in the future. So, how does the government go about getting businesses to raise wages and invest more of their profits?

KIHARA  Tax incentives for raising wages and stricter oversight of big companies’ relationships with their subcontractors can help, but changing the atmosphere is equally important. There was a time when everyone believed that a good company was a company that provided its employees with pay raises. It was also assumed that wages would keep rising. Large companies made all kinds of investments in their workforce back then as a matter of internal welfare. Somewhere along the line, attitudes changed. We need to revive that workforce-oriented mode of thinking.

Over the past couple of decades, companies have clung to retained earnings as a buffer against future downturns. We have to convince them that those values are outmoded. We’ve entered a new era that calls for earnings to be channeled into wage increases and investment. One way to do this is to strengthen standards for reporting of non-financial information so that companies that do use their earnings appropriately get credit for that.

TAKENAKA  One gets the impression that the Kishida cabinet places a lot of importance on science and technology. In an interview with the Nikkei, the prime minister said he was aiming for R&D investments totaling ¥120 trillion over the next five years, including ¥30 billion in government spending. But the initial budget for fiscal year 2022 allocates only ¥4.2 trillion. Do you plan to augment that? I know it’s common to pass supplementary budgets during the year, but universities and research organizations are leery of that approach because it could make long-range planning difficult. Are you planning to increase the size of the initial budget?

KIHARA  What we’re doing in the area of technology is developing investment plans that concentrate government spending in five key areas: artificial intelligence, quantum technology, and biotechnology—along with semiconductor technology relating to those three areas—plus green innovation and digital transformation. By formulating clear-cut investment plans in these areas, we’re letting private industry realize that the government is making a long-term commitment and encouraging businesses to comimit as well.

We’re trying to get past the one-year-at-a-time approach to budgeting, and whether the money comes from the initial budget or a supplementary budget isn’t really important, in my view. What matters is how much the government is committing over a five-year or ten-year period and the sense of scale that we can convey.  I think the important thing now is to disclose the scale of the government’s sci-tech budget commitment over the next ten years, focusing on the five areas I mentioned.

In the area of green innovation, where things are moving the fastest, the plan is to simulate some ¥150 billion in investment over the next decade. In terms of fiscal outlays, the government hasn’t committed to a specific figure yet, but it will probably be on the order of ¥20 trillion. I’m not really concerned about whether that money comes from the initial budget or a supplementary budget. Nor do I think there’s any need for a special fund. The commitment to invest is the important thing.

TAKENAKA  When Prime Minister Kishida first took office, he was regarded as lukewarm toward regulatory reform. In a TV interview, he said that such reforms had acquired a cold and ruthless image. But it turns out that his government has been pretty active on the reform front. For example, Kishida’s commission on digital administrative reform recently announced plans to revise thousands of statutes seen as hindering the digitalization of administrative services and procedures. So, why did Kishida adopt such a negative attitude toward reform early on?

KIHARA  Now, some eight months into the administration, the New Capitalism policy has really taken center stage. Yet, I think at the outset he just wanted to keep the focus on his ideas for the New Capitalism policy, and he didn’t want that focus to be obscured by an emphasis on regulatory reform. Regulatory reform is progressing as well. The review of “analog” [paper-based and in-person] procedures that you mentioned is expected to cover some 40,000 regulations. The fact is that the Kishida administration is undertaking some truly groundbreaking reforms.