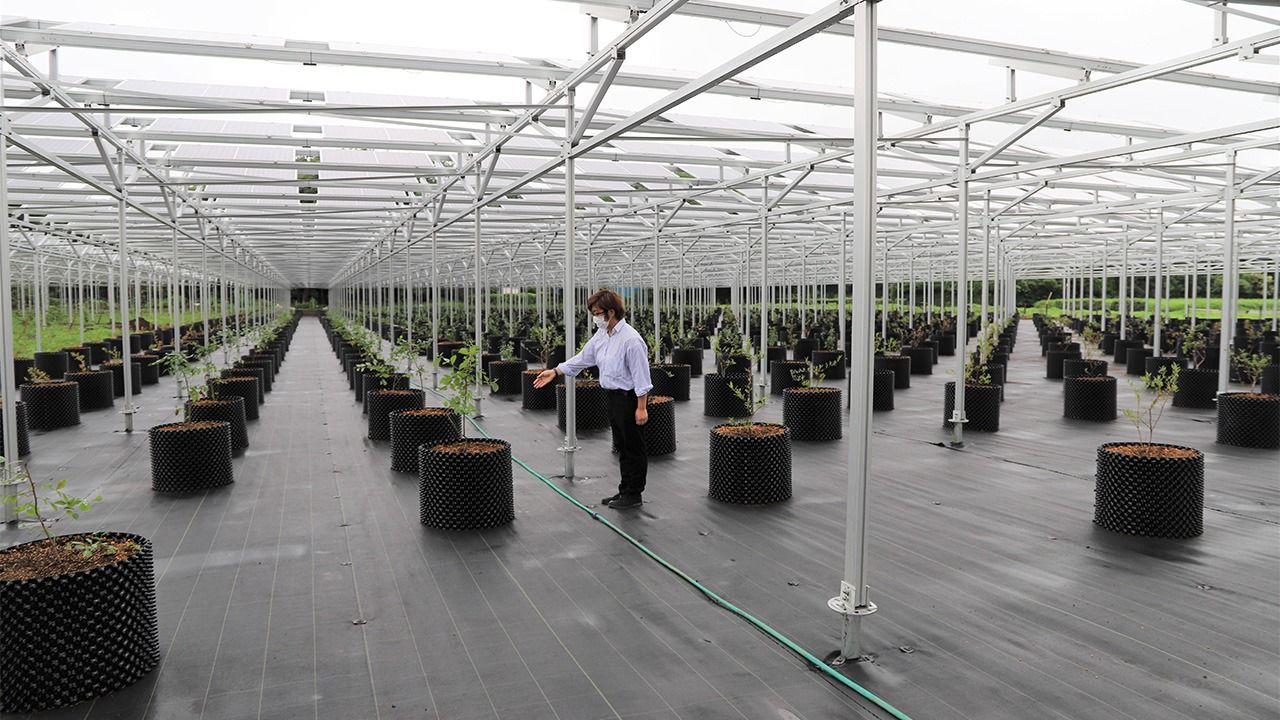 Japan and the Economics of Climate Neutrality: Innovation Plus Electrification Yields Net Zero

Environment Economy Apr 15, 2022
A researcher with roots in the power industry stresses Japan’s need for low-carbon electrification, supported by innovative energy and business solutions, to achieve its goal of carbon neutrality by 2050.

How well I remember the aura of excitement and optimism that engulfed the conference center on December 12, 2015, the day that COP21 (21st Conference of the Parties) adopted the Paris Agreement. Young people were crying, “The earth is saved!” Breathing in that atmosphere of exuberance, I thought to myself, “Years from now, we’ll remember this as the moment when the world changed.” To be sure, the new accord lacked legally binding targets, but it still felt like a triumph, given the failure of previous efforts to forge an emissions-reduction framework to succeed the Kyoto Protocol. With the credibility of UN-led climate negotiations on the line, the adoption of an inclusive framework, with all parties actively participating, was an emotional moment indeed.

Where do we stand now, six and a half years later?

As of November 2021, more than 150 countries have set net-zero emissions targets; Japan, like many other developed countries, has pledged to reach that goal by 2050. The finance industry, embracing the principles of ESG (environmental, social, and governance) investment, has come together to curtail funding for fossil fuels and support sustainable energy. Climate change is the focus of unprecedented concern and action worldwide.

Yet our goal of climate neutrality seems as remote as ever. Globally, carbon emissions dipped in 2020 as economic activity slowed during the pandemic, but they rebounded sharply as countries took action to restart their economies. Early estimates indicate that 2021 emissions had already returned to pre-pandemic levels. Why is decarbonization so difficult to achieve?

A Matter of Basic Economics

Since the Industrial Revolution, humanity has relied on the combustion of energy-dense fossil fuels (oil, coal, and natural gas) to power economic growth and development. In the process, we have released ever-increasing amounts of carbon dioxide, the biggest cause of global warming. Only during brief intervals of economic stagnation—the Great Depression, the 1970s oil embargos, the Great Recession of 2008–9, and the recession triggered by the COVID-19 pandemic—have CO2 emissions dropped even briefly. Each of those reductions was the result of economic contraction, as opposed to investment in low-carbon or energy-saving technologies. Consequently, each decline was followed by a steep rebound as the economy recovered.

Empirical studies have confirmed a strong correlation between carbon emissions and growth in gross domestic product. One can cite a few isolated examples of GDP growth amid declining carbon emissions, but they are the product of special circumstances, inapplicable to Japan or most other countries. The problem of climate change is rooted in the energy that fuels our economy. It will not be solved just by asking everyone to try a little harder.

The only realistic path to environmentally sustainable economic growth is through reliable, low-carbon technologies that can compete with the fossil fuels our economy and society currently depend on. As long as alternative energy sources remain more expensive than fossil fuels, the government will have to subsidize the transition, and the burden will inhibit overall economic growth (even if individual sectors prosper). This is the reality we must confront.

Regulation is like a powerful drug: It can work quickly and directly, but the side effects can be worse than the disease. Poorly designed regulations can lead to inefficient allocation of resources. Regulations that focus too narrowly on greenhouse gases, without considering the big picture, can have serious economic and social ramifications.

Exemplifying the regulatory approach is the climate law passed by France’s parliament in July 2021. Calling for the wholesale transformation of French society, the law introduces new restrictions and prohibitions across multiple sectors, including a ban on domestic flights for journeys that can be made by train in less than 2.5 hours and a requirement that school cafeterias offer vegetarian options every day (on the grounds that meat and dairy farming produce high levels of greenhouse gases). Of course, one can argue the pros and cons of these policies, but it strikes me as unsound to adopt such sweeping regulations solely on the basis of GHG emissions.

The power of capital can certainly sway business decisions in today’s world. But capital is just a means to an end. It cannot drive an economically sound energy shift unless competitive new solutions emerge with the help of targeted investment. Under the “Net Zero Emissions by 2050 Scenario” released by the International Energy Agency, demand for fossil fuel is projected to drop and energy costs to fall as the shift toward solar and wind power continues. But right now, the opposite is occurring. Fossil fuel demand remains high, and supply is tight, resulting in soaring fuel prices, which have triggered a nasty bout of inflation. Japan, which imports most of its fossil fuel, has been especially hard hit.

Ultimately, only the power of technology can bring about decarbonization. The key to achieving a carbon-free society is to spur industrial innovation geared to the development of low-cost, low-carbon processes, products, and services. Regulation and capital should be oriented to supporting and accelerating that process.

When I talk about the need to promote innovation, I am sometimes criticized for placing our hopes in technology that does not exist. This reveals a misunderstanding of the term innovation. Innovation does not necessarily signify the development of brand-new technologies. Some of the most important innovations are incremental improvements that lower the cost or enhance the utility of existing technologies.

Energy economics tells us that the most practical formula for slashing carbon emissions is electrification of energy consumption plus decarbonization of the electrical grid. Unfortunately, the Japanese government has overemphasized the second component without paying sufficient attention to the first. Generation of electric power currently accounts for only 30% of Japan’s final energy consumption; the remaining 70% consists of direct use of fossil fuels in motor vehicles, buildings, and manufacturing processes. The impact of decarbonizing electric power generation is bound to be limited if we ignore the other 70% of energy demand. By electrifying final energy consumption, we multiply that impact. With this approach, we could reduce carbon emissions by 70% just using today’s proven commercial technologies.

To achieve full carbon neutrality, we apply the same formula, while also looking to new hydrogen technology—including the use of ammonia and other hydrogen energy carriers—to provide clean energy in areas where electrification is impractical. Initially, this will probably take the form of “blue hydrogen” produced from natural gas, with carbon capture and storage used to limit GHG emissions. But by the second half of this century, most hydrogen fuel is likely to be “green hydrogen,” produced using climate-neutral electricity from renewable energy or nuclear power.

For this strategy to work, we need the capacity to produce an ample, reliable supply of low-cost, carbon-neutral electric power. Globally, the cost of solar and wind power is falling rapidly, but in Japan, renewable energy remains quite costly. Megasolar facilities, for example, cost about twice as much to build here on average. There are a number of reasons for this, but one major problem is that generous government subsidies and incentives have stunted the development of an internationally competitive industry. Japan already ranks third in the world in installed solar capacity. But Japan’s haphazard system of subsidies has encouraged entry by speculators and upstarts instead of long-term investment by the energy industry. This has given renewable energy a bad name in rural locales around Japan.

But another major factor driving up renewable energy costs is the limited availability of land. Because of these constraints, the need to decarbonize electricity production ultimately forces us to come to grips with nuclear power. In the decade since the 2011 nuclear disaster in Fukushima, almost all of Japan’s nuclear power stations have remained idle owing to rigorous new safety standards that plants are required to meet before they can reopen. Meanwhile, the liberalization of Japan’s retail electricity market has also pushed down the expected return on investment, with the result that the nuclear power industry can no longer be sustained by private business. Yet the plain fact is that we are unlikely to achieve decarbonization of electric power generation if we insist on denuclearization at the same time.

Now let us turn to the other essential component of our strategy, the electrification of final energy demand throughout the economy. The first priority should be to promote electrification of buildings and motor vehicles, given their long life cycles. For this, we will need new policies. The Japanese government should study regulatory steps taken elsewhere, including California’s local ordinances banning natural gas in new buildings and Europe’s impending ban on the production and sale of gasoline and diesel vehicles. But it needs to proceed carefully, on the basis of thorough discussion and deliberation, since the shift has implications for households, jobs, and our entire industrial structure.

The Need for New Business Models

In pursuing the goal of carbon neutrality by 2050, we are seeking a transformation more radical than that of the Industrial Revolution, and in a much shorter time frame. While the industrial revolution took between 60 and 80 years to accomplish, Japan has less than three decades left between now and our target year of 2050.

The industrial revolution was powered mainly by coal, which has a much higher energy density than wood. This shift resulted in gains in efficiency and productivity that enriched society as a whole. By contrast, the shift to solar and wind power, which have a much lower energy density, promises no such economic benefits. For this reason, the economic impetus for the coming revolution will need to come largely from the development of innovative business models that create new value added. For example, the same businesses that are obliged to shift from gasoline and diesel to electric vehicles may add ride-sharing services to their business portfolio. The coming shift to a carbon-neutral society should spur a massive rethinking of business strategy.

To navigate the transition, we will need a realistic roadmap grounded in the understanding that carbon neutrality is a problem of energy economics with repercussions for our entire way of life. Wholesale change is always painful. But without wholesale change, the future of the planet is bleak. Although there are many obstacles to overcome along the way, our basic course is clear. The question now is whether we have the collective will and the political leadership to follow it.