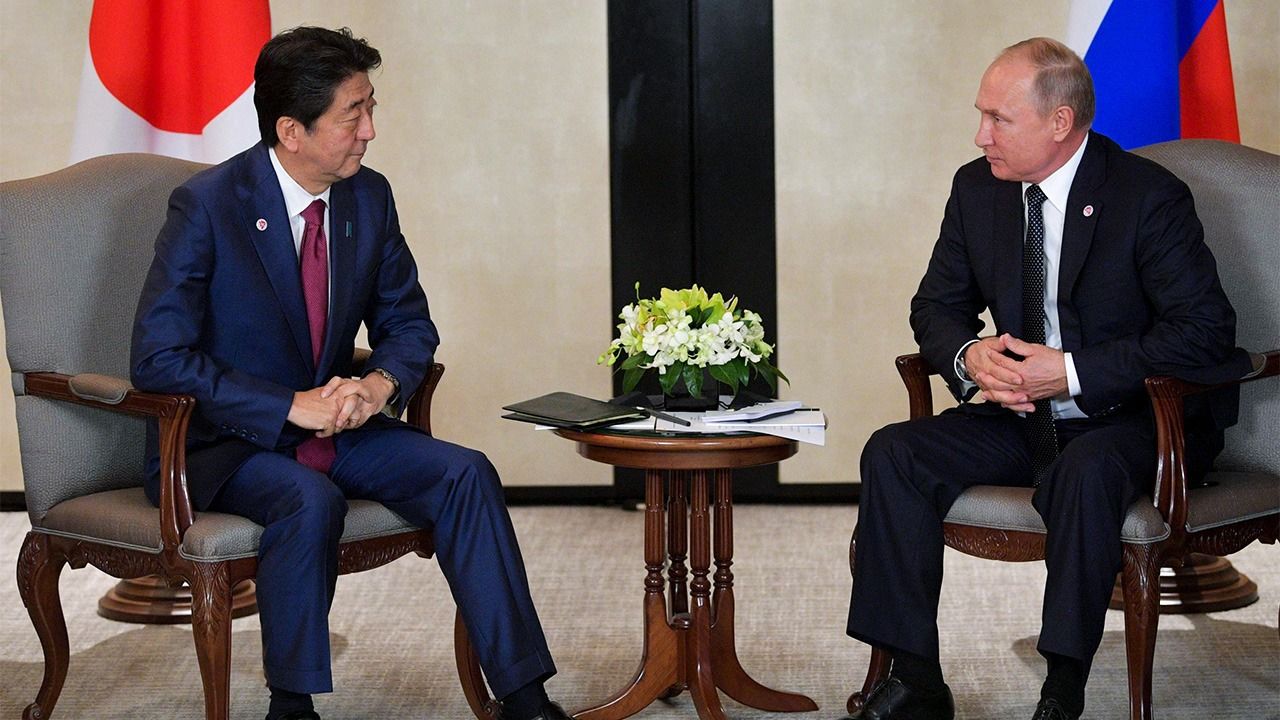 Whither Japan’s Russia Policy? Lessons from the Invasion of Ukraine

Politics Jun 7, 2022
Citing Russia’s war on Ukraine and its ongoing occupation of Japan’s Northern Territories, a former ambassador to Moscow calls on Tokyo to hold the line against Russian expansionism.

Relations between Japan and Russia have deteriorated dramatically since Moscow launched its invasion of Ukraine last February, and Russia’s ongoing aggression precludes the possibility of mending fences any time soon. Indeed, the expansionist impulse laid bare by Russia’s invasion of Ukraine must be viewed as a potential threat to East Asia as well. While holding fast to our demands for return of the Northern Territories, Japan needs to strengthen security cooperation with the United States and Europe and demonstrate that it will tolerate no violation of its sovereignty or territorial integrity.

Japan and the Invasion of Ukraine

On March 2 this year, the UN General Assembly overwhelmingly passed a resolution condemning in the strongest terms the Russian invasion of Ukraine that began on February 24. Supported by 141 of the UN’s 193 member states, the resolution demanded that “the Russian Federation immediately cease its use of force against Ukraine” and that it “immediately, completely, and unconditionally withdraw all of its military forces from the territory of Ukraine within its internationally recognized borders.”

In addition to supporting the UN resolution, Japan joined with the United States and others in imposing harsh economic sanctions against Russia. It has restricted transactions with Russia’s central bank and frozen the assets of President Vladimir Putin and other government figures. It has also moved to ban or restrict imports of Russian machinery, lumber, and vodka. At the same time, Tokyo has pledged $200 million in emergency humanitarian aid and $600 million in financial assistance to Ukraine.

On March 21, citing Japan’s “unfriendly” stance, Moscow announced that it was officially withdrawing from negotiations for a permanent bilateral peace treaty (see below). In early April, the Japanese government announced the expulsion of eight Russian diplomats, and Moscow responded in kind later in the month. In short, the Japan-Russia relationship is at its lowest ebb in decades and unlikely to recover anytime soon.

Moreover, Russia’s invasion of Ukraine should be taken as a warning to East Asia and especially to Japan, whose Northern Territories the Russians have illegally occupied since the end of World War II.

The Northern Territories consist of four islands lying north of Hokkaidō: Etorofu, Kunashiri, Shikotan, and the Habomai islets. These islands are an integral part of Japanese territory and have never belonged to any country other than Japan. They were seized by the Soviets at the end of World War II and have been illegally occupied ever since.

The Soviet Union entered the war against Japan on August 9, 1945, when Japan’s defeat was a foregone conclusion. Moreover, it did so in violation of the Japanese-Soviet Neutrality Pact, which remained in force at the time. On August 14, Japan announced its acceptance of the Potsdam Declaration, signaling its surrender. Nonetheless, Soviet forces continued their advance until early September, by which point they had seized control of all four of the Northern Territories.

Although Tokyo and Moscow eventually normalized diplomatic relations under the Japan-Soviet Union Joint Declaration of 1956, a permanent peace treaty has never been signed owing to the unresolved dispute over the Northern Territories. 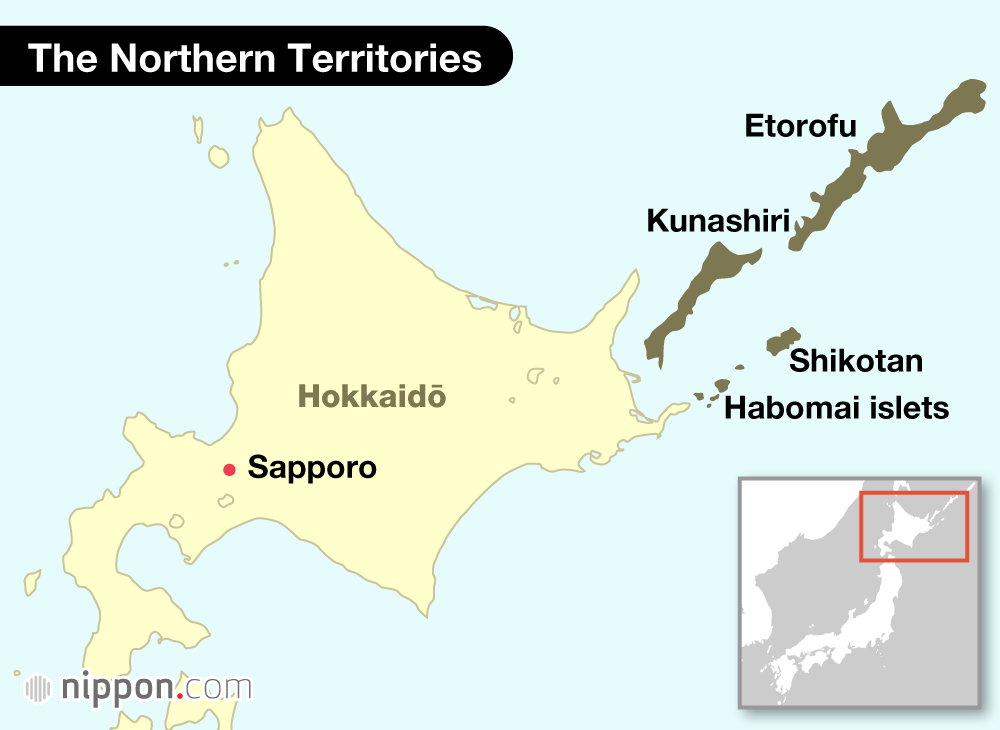 During the 1970s and 1980s, Moscow took a hard line, insisting that there was no territorial dispute to resolve. But after the Soviet Union collapsed in 1991, there were signs of progress. In October 1993, Prime Minister Hosokawa Morihiro and Russian President Boris Yeltsin signed the Tokyo Declaration on Japan-Russia Relations, which expressly acknowledged the existence of the territorial issue surrounding Etorofu, Kunashiri, Shikotan, and the Habomais and pledged to pursue a resolution “grounded in historical and legal fact and based on documents drawn up with both countries’ agreement, as well as on the principles of law and justice.”

Japan has not wavered in its commitment to reach an agreement on the Northern Territories issue and conclude a bilateral peace treaty in order to build stable relations of genuine mutual trust with one of its most important neighbors, and to this end it has persisted in its efforts to engage with the Russians. But negotiations have stalled, largely because Moscow, especially under President Putin, has repeatedly misrepresented the facts and backtracked on earlier commitments.

For example, at a meeting in Singapore on November 14, 2018, Prime Minister Abe Shinzō and President Putin—citing the mutual trust built up over the previous two years under Abe’s “new approach” to bilateral relations—agreed to “accelerate peace treaty talks on the basis of the 1956 Declaration.” The news was greeted with great excitement in Japan until Putin, speaking shortly afterwards, remarked that the 1956 declaration merely offered to transfer de facto control of Shikotan and the Habomais, not their actual ownership. A few months later, Foreign Minister Sergey Lavrov dashed Japanese hopes by stating that negotiations could only proceed on the premise that all four islands were Russian territory.

The Delicate Issue of Economic Cooperation

In principle, cooperation in the economic sector should be encouraged, providing that it serves the best interests of Japanese business and of the nation as a whole. But here, as with diplomatic negotiations, patience and deliberation are of the essence. When one side is too eager to get results, it can easily be lured into arrangements that go counter to its own best interests.

With Russia in particular, we need to proceed on the basis of a firm and consistent foreign policy and ensure that all negotiators and others representing the Japanese government—including our expert advisers—are on the same page. Unless all aspects of our Russia policy, including economic cooperation, are carefully coordinated from the top down, it becomes too easy for Russia to pursue its own material interests separately from peace treaty negotiations.

At the same time, it is important that Tokyo avoid openly dangling the prospect of economic cooperation as an inducement for progress on the territorial dispute. That would inevitably provoke a backlash from the Russians, which would be counterproductive from Japan’s viewpoint.

A Warning Signal for Japan

Territorial issues go to the very core of national sovereignty. The Northern Territories, an integral part of Japanese territory, have been illegally occupied since the end of World War II, first by the Soviet Union and then by the Russian Federation. Over the long term, Japan must continue to strive for the conclusion of a peace treaty predicated on a solution consistent with the unshakable position that the four islands belong to Japan. But given our own experience, not to mention the events surrounding the invasion of Ukraine, it would be an obvious mistake to view Vladimir Putin as a trustworthy negotiating partner.

From a security standpoint, Japan needs to treat the Russian invasion of Ukraine as a warning signal. Through words and actions alike, our government must send an unequivocal message to the nation and to the rest of the world that it will tolerate no violation of its sovereignty or territorial integrity on any pretext whatsoever. To this end, we must boost our own defense capabilities, strengthen the Japan-US alliance, and step up cooperation with other Group of Seven nations. While working closely with the United Nations, we should also strengthen our partnership with NATO on the understanding that the security of Asia is inseparable from that of Europe.

With this insurance policy in place, the Japanese government needs to uphold its basic long-term commitment to concluding a peace treaty with Russia by negotiating a solution to the territorial issue on the basis of the 1956 Tokyo Declaration—if not with Putin then with one of his successors.