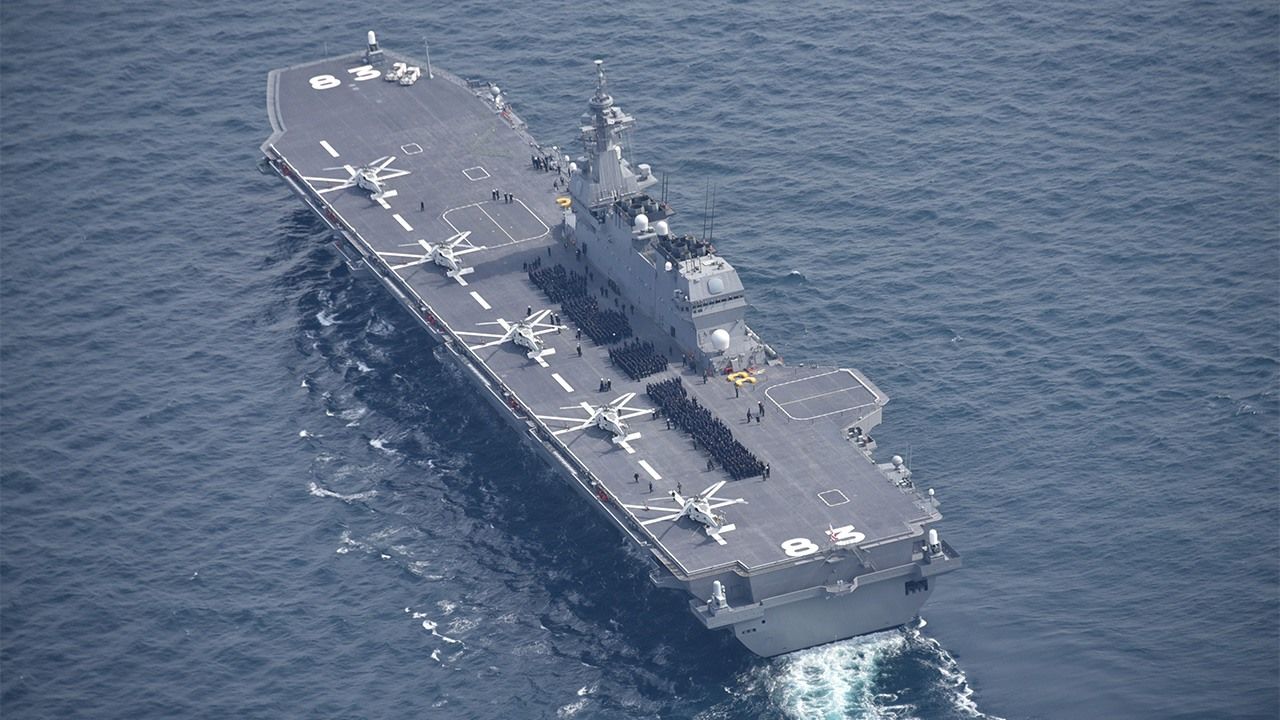 Toward a New Blueprint for Japanese Security

Russia’s invasion of Ukraine and rising tensions in the Taiwan Strait are fueling unprecedented security concerns in Japan, and a consensus seems to be emerging on the need to strengthen Japan’s defense forces. Yet despite the magnitude of the changes going on around us—changes that threaten the very foundations of the postwar international order—debate over Japan’s defense policy remains fixated on a few high-profile, symbolic topics, such as the percentage of gross domestic product to spend on defense and the concept of an “enemy-base strike capability,” while avoiding a more far-reaching discussion of Japan’s defense challenges and how to meet them.

The government of Prime Minister Kishida Fumio has pledged to draw up a new National Security Strategy in the next few months. But given the tenor of the debate, one must question whether such a review will truly equip Japan with the ability to maintain peace in the region and defend its own security. Any meaningful security review must encompass every aspect of defense, including facets that are ordinarily hidden from view, as well as those that naturally draw attention. The public is unlikely to support a major military buildup unless it is part of a clear and comprehensive blueprint.

In the following, I identify some of the key issues that need to be addressed in the ongoing deliberations for a new National Security Strategy.

One of the World’s Most Dangerous Regions

More than six months after Russia launched its invasion of Ukraine, the conflict continues unabated, and there remain serious concerns that Moscow could resort to the use of nuclear weapons. The war in Ukraine is not just a European problem; it threatens the entire international order, with inevitable repercussions for our own region.

Since the Vietnam War ended more than 50 years ago, East Asia has avoided any large-scale, extended armed conflict. But with three nuclear powers in the region, it has become a very dangerous place. Chinese exercises and maneuvers aimed at intimidating Taiwan have become almost routine, and they are occurring in ever closer proximity to the island. That these activities threaten Japan as well as Taiwan was made vividly clear this past August, when a Chinese missile landed inside Japan’s exclusive economic zone. Meanwhile, Chinese government vessels continue to enter the contiguous zone around Japan’s Senkaku Islands. While the world has been preoccupied with the situation in Ukraine, North Korea has continued its missile tests; indeed, it launched many more ballistic missiles in the first half of 2022 than in the previous 12 months combined. The Russian military has also stepped up its activity in the region.

Northeast Asia is the key battleground for the great-power competition that will define international affairs in the years to come, particularly the rivalry between the United States and China. That is why the international community continues to eye the region with concern even as the Ukraine conflict rages. Japan is situated in the middle of this US-China battleground. The sharp escalation of military activity—including nuclear weapons testing—by neighboring countries is placing intense pressure on Japan.

In short, Japan today faces unprecedented security challenges. As a nation, we must devote more resources to our own defense, to the stability of the region, and to restoring and strengthening the rules-based international order. To neglect the last would be not only irresponsible but reckless, as Japan’s own survival is inextricably linked to the peace and stability of international society.

The Need for Long-Range Planning

The Kishida cabinet has promised to revise the National Security Strategy by the year’s end with the aim of dramatically strengthening Japan’s defense. Certainly it is time for a new NSS. The world is an utterly different place than it was when the current NSS was adopted in 2013. Long before the war in Ukraine, humanity was facing such global threats as climate change and the COVID-19, which demand close global cooperation. Yet growing antagonism between the United States and China has raised the curtain on a new era of great-power competition, in which such cooperation is more difficult than ever. Russia’s invasion of Ukraine should be a wake-up call for Japan. We must not delay the vital task of reviewing and revamping our national security setup.

This is not a reform we can carry out overnight, however. Boosting our defense capability takes time. Increasing defense spending today will not improve our capability tomorrow. And while it is important to respond to the types of military threats we see around us, as manifested in the war in Ukraine or China’s naval exercises, we must also look ahead to the next 10 or 15 years.

There is much to do, but when one acts in haste, there is a tendency to patch things over, focusing only on the most obvious and immediate needs. Ultimately, a more sustained, strategic approach is needed. At a time like this, we must do more than shore up our outer defenses. Our reform must be thoroughgoing, encompassing unglamorous and frequently invisible aspects of national security, such as logistic support and whole-of-government measures.

Deterrence and the Three Pillars

The aim, first and foremost, should be deterring aggression. A national defense strategy that can only repel aggression after it has occurred is a failure. To effectively deter aggression, we must build the capacity to fight and win a war, and we must strategically communicate that capacity to our neighbors.

That said, Japan cannot hope to build such a defense single-handedly. Self-styled realists may call for a fully independent defense, but for Japan, surrounded as it is by nuclear powers, such “realism” is patently unrealistic.

In the post–World War II era, Japan’s defense policy has been built on three pillars: its own efforts, the Japan-US alliance, and multilateral cooperation with other partners inside and outside the region. It goes without saying that self-help should be the central pillar of our defense policy going forward, but all three pillars must be maintained.

In addition to the foregoing, there are three basic points to keep in mind as we make plans to bolster Japan’s defense.

First, we must think not in terms of maintaining a static, quantitative balance with a specific country but in terms of building our nation’s overall capacity to fight an actual war.

Military strength can no longer be assessed solely by the size of a given country’s armed forces. Equally important is the power to use information as a weapon, the capacity to control cyberspace, and the ability to use such law enforcement organs as the coast guard for security purposes. Furthermore, although deterrence acts on the intentions of the countries posing a threat, it is always difficult to be certain of another country’s intentions, and for that reason the most realistic approach is to acquire the capacity to respond to and turn back an invasion. That means strengthening logistical support systems to facilitate the procurement and transportation of ammunition, supplies, and fuel as well as the provision of medical services during wartime.

We must also focus on survivability to limit the extent of the damage sustained in the event of an attack. And we must recognize that there is more than one potential threat. China and Russia could act in concert. North Korea could view an attack by China as an opportunity to claim its share of the plunder. We must be prepared to deal with multiple threats simultaneously.

Second, since Japan cannot defend itself single-handedly, it is essential that we equip and prepare ourselves to fight alongside our ally the United States and our partners inside and outside the region. That means we must stay abreast of advances in military technology in other countries, especially the United States. It is particularly important that we meet the requirements of the US military with regard to cybersecurity. Today’s defense systems are connected to computer networks. To minimize our vulnerability to a cyberattack on such systems or on the networks they use, we need to ensure that only those who have passed an appropriate eligibility screening are given network access.

With such technological capabilities and safeguards as a premise, we need to propose a new division of labor between Japan and the United States with an eye to warfare in multiple domains, including space and cyberspace as well as land, sea, and air.

Third, we must understand that war in the twenty-first century—even more than in the past—will test a nation’s overall strength and resilience. That means that we must enlist every sector’s cooperation in an integrated national defense program.

Military organizations are often described as self-contained, and to some extent this applies to Japan’s Self-Defense Forces. But civilian society is the matrix from which the military draws personnel, supplies, and facilities. The time has come for Japan to confront the challenge of securing and developing qualified defense personnel against the background of a low and declining birth rate. People cannot be regarded as a cost. They are assets that accrue value with education and training. As military personnel are required to face the risk of death on the battlefield, we cannot rely on the same strategies that we use to recruit other civil servants.

Rebuilding our declining defense industry is another urgent priority. Relying on another country for our armaments carries risks. (Taiwan, it has been said, may have to wait for shipments of weapons from the United States, where aiding Ukraine is the higher priority.) Unless we create an environment where Japanese business feels free to invest in the defense sector, the production and technological base supporting the nation’s defense will collapse.

We must also acknowledge the danger that an aggressor will resort to nuclear, biological, or chemical weapons, possibilities that have been broached in connection with Ukraine. In addition to erecting a strong defense against weapons of mass destruction, we must hasten to build shelters where people might take refuge in a worst-case scenario.

Our defense forces alone have the power to repel a foreign invasion, but that is just one aspect of national security. Only as an integral part of a total national security program can a revamped military force function as intended and win the acceptance of the people. It is to be hoped that the next National Security Strategy will provide a comprehensive and lucid blueprint.