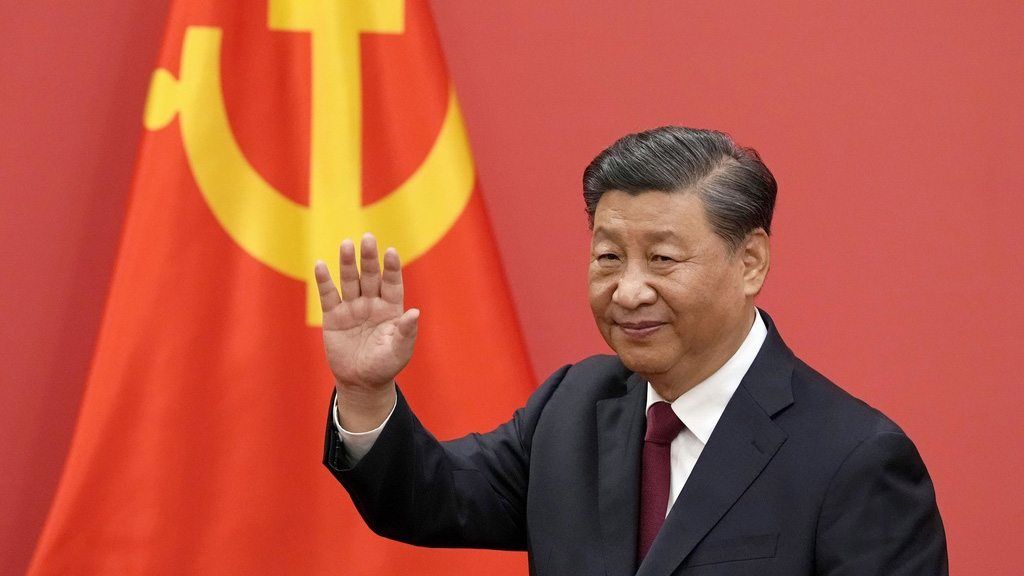 Xi Jinping's Triumph and the Fate of Taiwan

Xi Jinping’s “Peaceful Unification” Versus Taiwan’s Reality: Can They Be Reconciled?

Politics Dec 12, 2022
What is Xi Jinping’s agenda for Taiwan, now that the autocrat has cemented his position for another five to ten years? China watcher Kawashima Shin reviews the challenges facing Taiwan and its neighbor Japan as Xi pursues the “Chinese dream” of reunification ahead of the 2049 centenary.

A keynote of the Japanese media’s coverage of the Twentieth National Congress of the Communist Party of China (October 16–20, 2022) was President Xi Jinping’s remarks regarding Taiwan, particularly the assertion that Beijing would “never promise to renounce the use of force” to achieve the great goal of national reunification. An alarmed reaction to such words is understandable, especially given Russia’s invasion of Ukraine. But how significant were they really? Let us examine them in a broader context, along with other potential clues to Beijing’s Taiwan policy in the coming years.

During the party congress, references to Taiwan and reunification occurred not only in President Xi Jinping’s report but also in the congress’s resolution on an amendment to the CPC constitution. But neither of these pronouncements differed significantly, in style or substance, from previous statements by Xi or from other recent documents, such as the white paper on the Taiwan question issued in August 2022 by the State Council’s Taiwan Affairs Office. Even President Xi’s language regarding the use of force, which caused such consternation in the Japanese press, is old hat; Xi himself left open the possibility of reunification through military means in a statement made back in January 2019. Indeed, some China watchers even drew a positive message from this sameness and the fact that Taiwan did not crop up more often than it did during the party congress.

I would not go that far. When analyzed in context, I believe the congress’s references to Taiwan justify some of the attention the media have given them. My reasons for saying so boil down to three.

First, Xi Jinping’s statement about Taiwan was greeted with louder applause than any other part of his long speech. True, it did little more than elaborate on earlier statements by Xi on the subject, but the effect has been to raise expectations for reunification within China. If Xi Jinping continues to govern China for another 10 years (two more terms), it seems likely that he will want to leave a legacy of progress toward the goal of reunification before the year 2035, the target year for China to “basically achieve socialist modernization.”

Second, the amended party constitution includes strong language opposing those forces seeking Taiwan independence. While it may be argued that this does no more than codify Beijing’s increasingly strident warnings and concrete measures directed toward Taiwanese President Tsai Ing-wen and her Democratic Progressive Party over the past several years, the inclusion of such language in the party constitution adds a new level of authority to that policy.

Third, in his statement refusing to rule out the use of force, Xi clarified that his warning was “directed solely at interference by outside forces” and Taiwanese separatists. This should be taken as a pointed admonition aimed at deterring the United States and Japan from rushing to Taiwan’s defense.

As I suggested above, these three points justify some of the attention that the media focused on the Taiwan question during the October National Congress. To be sure, there is no indication of a substantive policy change from the language in either Xi Jinping’s speech or the resolution regarding amendment of the party constitution. But this does not mean that China intends to slack off in its long-term drive for reunification. To the contrary, I would expect it to step up its activities, including military pressure and psychological warfare, with a view to advancing toward unification in accordance with the party’s timetable for achieving the Chinese Dream.

The ultimate target year for achieving the Chinese Dream, or the “great rejuvenation of the Chinese nation,” is 2049, the centennial of the founding of the People’s Republic of China. By that year, according to the party leadership, China should be a fully developed modern socialist power in all respects, overtaking the United States and reshaping international relations in accordance with its own vision. We can assume that 2049 is also the deadline for reunification with Taiwan. While some analysts, citing remarks by US Secretary of State Antony Blinken, have suggested that this timetable has been accelerated, there have been no official statements from US government or military leaders to confirm that view.

The midway point in this grand plan is the year 2035. Under the circumstances, it seems likely that Xi Jinping, who is likely to retain his positions as president and general secretary of the CPC for another 10 years, intends to move the ball significantly closer to the goalpost of unification by the end of his tenure in 2032. In terms of concrete policy, this will most likely translate into action on three fronts.

The first and most obvious step for China is to build up its regional military capabilities with reunification in mind. The People’s Liberation Army is already perfectly capable of missile strikes on targets in the western portion of the island. Apparently more needs to be done in terms of acquiring the landing vessels for an assault on the east coast and building the capacity to control the surrounding seas and airspace. But Taiwanese defense officials believe that these capabilities, too, will be in place by 2025.

Regardless of China’s capabilities, my view is that an actual military assault on Taiwan is not imminent. For now, Beijing merely intends to demonstrate its overwhelming might to the Taiwanese people via exercises and maneuvers. This is the first strategic front.

Secondly, China will escalate its psychological warfare, including a near-constant barrage of disinformation designed to sow chaos in Taiwanese society, undermine Taiwan’s democracy, and damage the standing of the Tsai administration. Cyberattacks, already on the rise, will become unremitting.

The third front is economic harassment and aggression. For some time now China has been implementing economic sanctions against Taiwan (without necessarily referring to them as such) in the form of fines on Taiwanese businesses and successive embargoes on specific goods. So far, the embargoes have been limited to bans on nonessential agricultural imports; Beijing has stopped short of restricting imports of chips and semiconductor products, on which Chinese industry heavily depends.

The purpose of all these measures is to convince the Taiwanese people that the status quo—never mind independence—is an unsustainable path, and that the only practical way forward for them is unification with the mainland. The Xi Jinping regime has been redoubling its efforts on all three fronts, steadily tightening the screws. The big question is what Beijing will do when it realizes that its strategy is not working. Most likely it will respond by cranking up the military pressure. Unfortunately, that raises the risk of accidents and spontaneous clashes that could lead to rapid escalation.

Reaching Out to “Taiwan Compatriots”

But there is another important aspect to Xi Jinping’s reunification vision, which I would like to explore here.

Indeed, in his report to the party congress, Xi presented reunification as a “joint undertaking” of China and Taiwan, saying, “We will conduct extensive and in-depth consultations on cross-strait relations and national reunification with people from all political parties, sectors, and social strata in Taiwan, and we will work with them to promote peaceful development of cross-strait relations and advance the process of China’s peaceful reunification.” More specifically, he pledged that Beijing would “stand closely with our Taiwan compatriots, give firm support to patriots in Taiwan who desire reunification, . . . continue to promote economic and cultural exchanges and cooperation across the strait, advance our integrated development in all fields,” and “encourage people on both sides of the strait to work together to promote Chinese culture.”

It is important to note that the separatist forces seeking Taiwan’s independence are excluded from this happy family. They are portrayed as a small, disruptive element whose schemes are at odds with the hopes of the vast majority of “Taiwan compatriots.” Working from this premise, Xi explains that the threat of force “is directed solely at interference by outside forces and the few separatists seeking ‘Taiwan independence’ and their separatist activities. It is not aimed at our Taiwan compatriots,” most of whom yearn for unification.

As long as this pretense persists, Beijing has no choice but to pursue the path of peaceful reunification with pro-unification Taiwanese. But where are these reunification-hungry “Taiwan compatriots” to be found? In fact, it has become difficult to find anyone of consequence in Taiwan who even gives lip service to reunification. And it is hard to imagine a situation—barring, perhaps, a scenario in which China became the sole lifeline for a devastated Taiwanese economy—in which a significant pro-unification force would emerge in Taiwan.

But the fact remains that the political and social situation in Taiwan is quite different from that of Hong Kong, which has been subject to Chinese sovereignty since 1997. In short, Beijing’s Taiwan policy as outlined in Xi’s report is divorced from reality, and as the gap with the real world widens, the untenability of that policy must eventually become clear. We cannot predict when that will happen. All we can do is closely monitor the language and behavior of officials in Taipei, Beijing, and Washington.

Crisis Management and the 2024 Problem

The Taiwan issue is not going away. It will remain a focus of the US-China rivalry and a huge source of tension in East Asian affairs. The immediate challenges it raises are (1) dealing with China’s three-pronged campaign of military intimidation, cyber- and psychological warfare, and economic aggression and (2) minimizing regional instability and uncertainty amid cross-strait tensions.

These are tasks not only for Taiwan but also for Japan and other stakeholders in the region. Japan, for its part, needs to build concrete cooperative ties with Taiwan with a focus on countering Beijing’s psychological and economic warfare. Tokyo should also explore options for military cooperation. At the same time, it needs to be cognizant of the terms of the “1972 arrangement” that has defined Japan’s relationship with mainland China over the past 50 years. The same caveat applies to the United States.

As Beijing’s economic offensive against Taiwan escalates, multinational firms with factories in China and close ties to Taiwan will also be subject to sanctions. Japanese businesses might be hit with the same sort of penalties to which Beijing subjected Taiwan’s Far Eastern Group in 2021.

In terms of minimizing instability and uncertainty, one looming issue is the much-discussed 2024 problem. Both Taiwan and the United States will be holding presidential elections in 2024 (January and November, respectively). In Taiwan, where the DPP remains popular, Vice-President Lai Ching-te currently looks like the strongest candidate to succeed Tsai Ing-wen as president. While Lai has indicated that he means to continue Tsai’s cross-strait policies, he is widely expected to take a harder line in his dealings with Beijing. Needless to say, cross-strait policy is a key election issue, and all potential candidates will be under close scrutiny in this regard.

We must also consider the possibility that former President Donald Trump will win another term in the White House. If he does, there is no guarantee that he will maintain President Joe Biden’s current Taiwan policy. What—if anything—can be done to control the unpredictable fallout from the 2024 Taiwan and US presidential elections? It is a challenge our political leaders and pundits will need to grapple with day by day, development by development.

(Originally published in Japanese. Banner photo: President Xi Jinping of China waves to members of the press following the conclusion of the Twentieth National Congress of the Communist Party of China at the Great Hall of the People in Beijing, October 23, 2022. © Kyodo.)