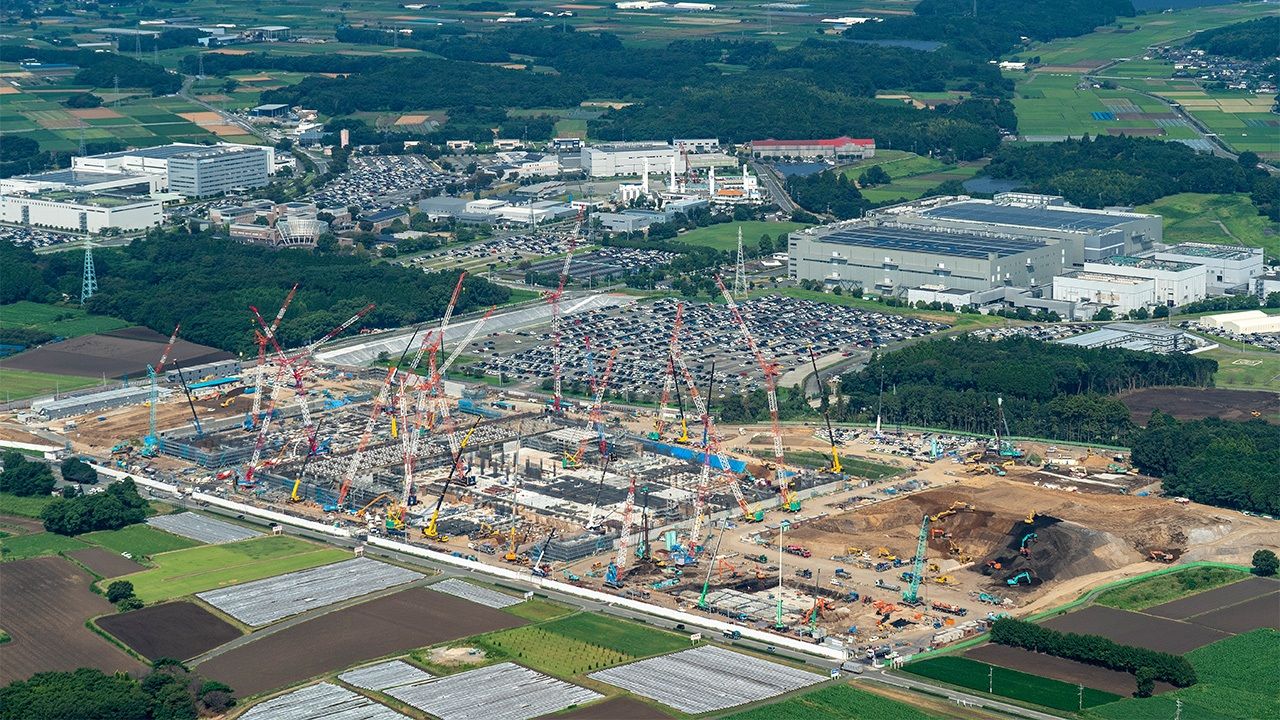 Xi Jinping’s Triumph and the Fate of Taiwan

Economy Politics Jan 4, 2023
The global semiconductor industry, currently indispensable to everything from security to social and economic management, is in upheaval. Much of the supply capabilities are concentrated in Asia, particularly in Taiwan and South Korea, so escalating tensions between Taiwan and China are a cause for global concern.

From National Security to Decarbonization and Medicine

The world’s largest semiconductor foundry, Taiwan Semiconductor Manufacturing Company, leads the industry from Taiwan. Now, after the Party Congress in China, it is clear just how much power is consolidated in Chinese President Xi Jinping, who has expressed a strong desire to “reunify with Taiwan.” There is an increasing risk of a military invasion of the island.

The current decline in demand for smartphones and PCs has caused prices of core digital devices components like logic and memory semiconductors to fall, and inventory adjustments are underway. There is a temporary slowdown in global semiconductor industry growth, but from a somewhat long-term perspective, semiconductor demand is set to increase in every region globally.

To begin with, semiconductors are now having an unprecedented impact on countries’ national security. Japan, the United States, Australia, and India are strengthening coordination for their Free and Open Indo-Pacific plans to counter growing external pressure from China. For major developed nations to strengthen their security measures around this four-nation framework, they must first collaborate to ensure a stable supply of reliably high-quality chips at all times to guarantee rock-solid information security.

In finance, the world is seeing accelerating digital transformation. More, and more diverse, chips will be used in areas and products where they have not conventionally seen much use. The global internet environment is also shifting from Web 2.0 to Web 3.0. This will lead to individuals and organizations both having to actively manage more data than ever. It is essential, then, to enhance cloud services and improve data-center processing capabilities.

On top of that, next-generation, ultra-high-speed communication technology—such as 6G—is going to become more common. The movement toward “connected, autonomous, shared, and electric,” or CASE, vehicles is also accelerating. As the world moves toward more efficient use of renewable energy to address decarbonization, the demand for power management through storage batteries will also increase rapidly. More semiconductors are going to be used in areas like medicine and social infrastructure maintenance and inspection.

It is no exaggeration to say that the ability to enhance semiconductor supply capacity as a strategic resource, and to develop companies with a global market share, is the most important industrial policy issue in countries around the globe.

However, a significant portion of the world’s semiconductor supply is unevenly concentrated in Asia. According to semiconductor market research firm TrendForce, the 2021 foundry share by country and region is 64% for Taiwan, 18% for Korea, and 7% for China. TSMC’s share alone is 53%.

That is worrisome as tensions around Taiwan grow ever stronger. For example, the United States procures military-grade chips for its state-of-the-art F35 fighter jets from TSMC. It is likely that pressure Taiwan from Xi Jinping’s administration will keep growing, constituting a threat to the security structure of the United States, which is itself a global security keystone.

Thus, establishing a stable semiconductor supply system while avoiding negative impacts from escalating tensions over the Taiwan issue is an urgent issue for the world’s leading developed economies. More and more companies are already moving operations from China to Vietnam, India, and elsewhere in response to rising geopolitical risks in the area. Taiwanese companies like TSMC and Hon Hai Precision Industry, which produces devices like iPhones on contract, will quite likely find it increasingly difficult to expand their business in China.

Amid all of this, the Republican and Democratic parties in the United States showed rare unity in efforts to bring the nation’s semiconductor industry back. The administration of President Joe Biden passed the CHIPS and Science Act of 2022 to provide stronger support for the domestic semiconductor industry’s manufacturing capacity and research and development. Then, on October 7, the government additionally tightened restrictions on semiconductor-related exports to China.

In the future, the Communist Party will tighten its grip on China, as a result reducing the priority of economic policy there. The policy skills of Li Qiang, who is now leading Beijing’s economic policy, remain untried. And for now, China still relies on the United States and other countries for intellectual property and technology for its semiconductor manufacturing. China’s manufacturing capabilities in the field will gradually increase, but it is likely to take longer than the ruling party expects.

How Can Japan Survive?

The global semiconductor industry is going to see increasingly fierce shifts. Japanese firms in related industries are going to have to strengthen their strategies if they wish to survive. Japan has lost its competitiveness in the field ever since the mid-1980s. Contributing factors include friction with the United States in the field, the accelerating international outsourcing of labor, and Japan’s prolonged economic stagnation after the bursting of the bubble economy.

Some sectors of our semiconductor industry do remain globally competitive, though. These include chips for automotive and power management applications produced using older production lines, semiconductor manufacturing and inspection equipment, and ultrapure semiconductor-related materials like hydrogen fluoride, resist, and silicon wafers.

What each company must do is refine its own inimitable manufacturing technology to improve competitiveness in global demand. That will increase the necessity of cost cutting measures, and will also require companies to reallocate more management resources more quickly to developing new manufacturing technologies.

The US Federal Reserve is bound to further tighten American monetary policy to quell inflation. Consumer spending in the United States, a fundamental support for the global economy, is in decline and thus increasing the likelihood of a global recession. In the short term, the semiconductor market will deteriorate. The business environment for Japanese companies will become even more harsh. Japanese firms will see their management resolve tested as they determine whether they can invest in strengthening R&D and coordination with overseas semiconductor manufacturers for their long-term survival.

The government must also provide stronger support for risk-taking by companies in advanced sectors. Prime Minister Kishida Fumio’s October 28 announcement of Comprehensive Economic Measures to Overcome High Prices and Realize Economic Revival included a ¥1.3 trillion package of measures to support the semiconductor industry. That is an essential step.

However, Japan’s semiconductor support measures remain inferior in scale to those in the United States and elsewhere. The Kishida administration must quickly compile specific support details and present a more aggressive industrial development strategy so that Japan’s semiconductor industry can better demonstrate its strengths. That will have a decisive impact on the medium- to long-term survival of the Japanese semiconductor industry and the strength of our economy.

(Originally published in Japanese. Banner photo: The Kumamoto plant under construction by JASM, a joint venture including TSMC, Sony Group, and Denso. © Jiji.)