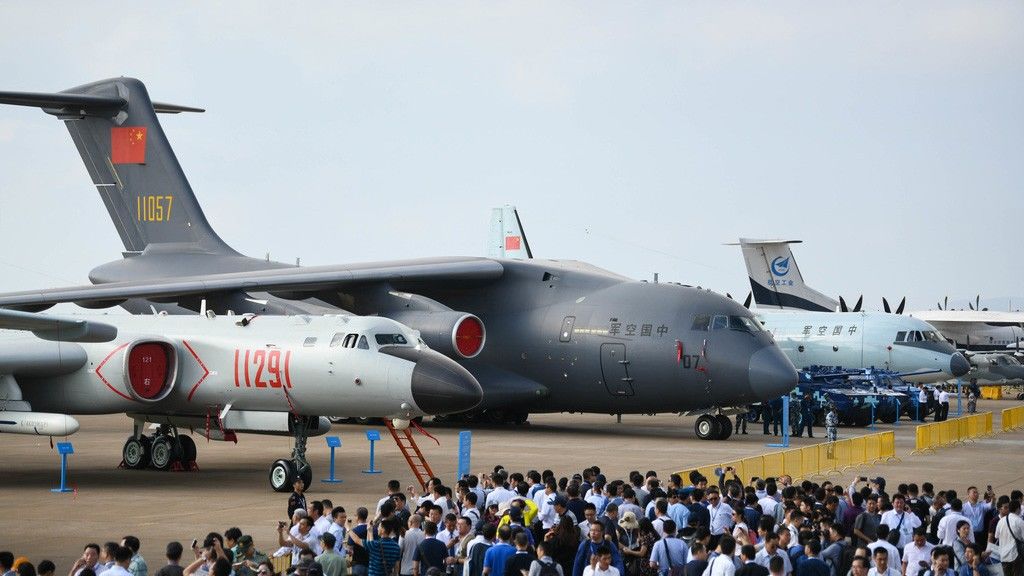 How Will Taiwan, the United States, and Japan Respond to a Chinese Invasion of Taiwan?

Politics World Nov 15, 2021
As the US-China relationship becomes more competitive and the political and military significance of Taiwan increases, the United States is unlikely to stand aside during a Chinese invasion of Taiwan. Beijing is unlikely to gamble on such a high-risk course of action for the time being, but it is important to think through how such a crisis might unfold. A look at how the plans and capabilities of the Chinese, Taiwanese, American, and Japanese defense forces could affect the outcome.

Any People’s Liberation Army invasion of Taiwan is seen by Chinese authorities as a short, sharp affair, predicated on joint, multidomain operations. The battle will begin with a wave of cyber-attacks targeting Taiwan’s power infrastructure, stock trading and banking systems, government agency servers, and airports, ports, railroads, and highways. Undersea cables will also be cut to limit communications with the outside world. Taking advantage of nationwide chaos, the PLA will then launch waves of destructive ballistic missiles against airports and airbases while surgically eliminating radar sites and missile interceptor platforms with cruise missiles. Ballistic and cruise missiles will also target American military bases in Japan, while the scope of cyber-attacks could extend to Tokyo, Guam, Hawaii, and Washington DC.

After securing air and sea control around Taiwan, the next step would be crossing and landing operations using transport aircraft, assault ships, and civilian vessels. Presently, the PLA lacks the air- and sea-lift capacity to transport enough troops to immediately take control of Taiwan. Instead, the PLA will likely send smaller but highly trained expeditionary units to Taipei and Kaohsiung, Taiwan’s two largest cities.

In addition to a coastal assault and the dispatch of large hovercraft up the Tamsui River directly to Taipei, the possibility of China using privately owned roll on/roll off passenger and car vessels operating from Keelung Port to transport troops and equipment has recently gained attention. These initial landing forces will attempt to take control of the Presidential Office, the Ministry of National Defense, and Taipei Songshan Airport. Assuming that PLA forces continue to maintain air superiority, they will then be able to land troops at Songshan. PLA special forces, a number likely already in Taiwan, will foment chaos from within, most notably by attempting to decapitate the Taiwanese leadership.

Taiwan Survives the First Wave, Waits for US Reinforcements

While it is unclear exactly how successful force conservation efforts will be, Taiwan’s next step will be to counterattack and disrupt further landings. Fighter jets will take off from air bases in Taichung, Tainan, and the Penghu Islands to attack PLA radar sites, ballistic missile launchers, and air defense systems. Indigenously developed cruise missiles with enhanced range will target front line units and support bases. Beijing itself will also be within range if Taiwan succeeds in its current plans to develop a ballistic missile with a range of 2,000 kilometers. The Presidential Guard, comprised of the Special Service Command Center and specialized Military Police units, and the Taiwan Coast Guard’s Special Tasks Unit will be responsible for thwarting the PLA’s leadership decapitation operations. The Taiwanese military also anticipates meeting PLA landing forces in the northern Taiwan theater of operations with the 6th Army Corps conducting joint operations with naval and air forces.

While essential, Taiwan’s plans to conserve forces, disrupt PLA crossing operations, and repel landing forces may not be enough to secure the island indefinitely. The PLA is unlikely to execute crossing operations until it is assured of air and sea superiority and has undermined Taiwan’s command, control, communications, computers, intelligence, surveillance, and reconnaissance (C4ISR) capabilities. These capabilities are, however, crucial to the Taiwanese armed forces’ ability to sustain organic operations to repel the PLA invasion. Taiwanese officials believe that China is already capable of eventually prevailing in achieving this aim. Greatly assisted by the PLA’s still limited sea and air lift capacity, Taiwanese military’s plans are therefore effectively built on the assumption of early military intervention by the United States. Taiwan’s ultimate aim is to endure the Chinese onslaught, hinder PLA crossing forces, and prolong the fight until American reinforcements arrive.

A top priority for US military planners during a Taiwan military crisis will be the minimization of American casualties. In particular, the US military will not want to immediately bring a carrier task force within range of the PLA’s DF-21D and DF-26 antiship ballistic missiles while Chinese forces are still able to visualize the whole theater of operations.

The United States would instead initially seek to disrupt the operations of China’s reconnaissance satellites. This need not require a direct attack on the satellites themselves. One option would be to electronically jam communications between reconnaissance and positioning satellites and ground communication facilities and units. This would include EW and cyber-attacks on the BeiDou-3 satellite constellation.

The United States would also look to further degrade China’s own C4ISR capabilities by deploying its nuclear-powered but conventionally armed Ohio-class submarines. Each equipped with 154 Tomahawk cruise missiles, these submarines would be responsible for hitting radar sites and ground communication facilities on the Chinese mainland. Two of the US Navy’s four Ohio-class submarines already operate under the Indo-Pacific command, and the other two could be rapidly redeployed to the Taiwan Strait in the case of a contingency there.

Tomahawk cruise missiles are limited by their relatively slow subsonic speeds. The Ohio-class submarines would need to get as close to the Chinese mainland as possible, preferably just within the First Island Chain, before conducting a saturation attack capable of penetrating PLA air defense systems. After simultaneously launching their full collective complement of Tomahawks—just over 600 cruise missiles—the Ohio-class submarines will quietly leave the heavily contested operational theater, having substantially degraded the ground-based components of China’s satellite communications.

Now unable to determine the location of regional forces, the accuracy of PLA’s antiship ballistic missiles and cruise missiles launched from various platforms will be dramatically reduced. Taking advantage of this opportunity, a US carrier task force could then rapidly approach the Chinese mainland, in the process cutting off logistical support units and follow-on forces engaged in the invasion of Taiwan, thereby isolating the forces already there. In the meantime, the Ohio-class submarines could then replenish their cruise missile inventories in Guam—or perhaps even more conveniently, at Yokosuka and Sasebo in Japan.

Joint operations between Taiwanese and US forces are currently virtually impossible given the inability to openly conduct joint training. Only in the most desperate and improvised scenarios would the two militaries fight alongside each other. It makes more sense for US forces to attack the PLA on their own, such as outlined above, while Taiwanese forces hold out against the PLA invasion on the main island.

In the event of an invasion, China will first approach Japan and the United States through diplomatic channels to convince them not to support Taiwan. China will likely try to undermine Japan’s support for the United States by tempting it with words to the effect of “We will only attack US military bases—we will not attack Japan so long as it does not support America and Taiwan.”

The PLA’s official military strategy is one of “active defense,” but as it shifts its focus to “informatized warfare,” it is placing more emphasis on preemptive operations to gain the upper hand. Japan should assume that the PLA will launch preemptive cyber and missile attacks against US military bases in Kadena, Sasebo, Iwakuni, and Yokosuka. Common sense dictates that a missile attack on US bases in Japan cannot be meaningfully separated from an armed attack on Japan. If the Japanese government recognizes such attacks as meeting the legal conditions of an “armed attack situation,” the prime minister will mobilize the Self-Defense Forces to counterattack against the PLA to protect Japan—the SDF’s fundamental mission.

The SDF will then mobilize its modernized Atago and Maya class destroyers equipped with the Aegis Ballistic Missile Defense, or BMD, system and SM-3 Block II missiles for midcourse interception. Land-based PAC-3s will provide terminal BMD support. These capabilities, however, rely on early warning satellites, ballistic missile tracking systems, and the immediate transmission and sharing of information. Japan should, therefore, increase the number of early warning and communication satellites that it fields. To enhance its detection of supersonic missiles, the country should also consider forward deployment of unmanned surveillance aircraft.

Should the US military intervene in a Taiwanese contingency, the SDF would be tasked with providing logistical support while defending Japan. The SDF may also need to conduct missions to rescue Japanese residents in Taiwan. Carrying out these missions in parallel will be extremely challenging for Japan’s defense institutions, as they will not have time to consult with the relevant organizations in Taiwan or the United States following the initiation of hostilities. Chinese disruption of communications is also likely. It would therefore make sense for the Japanese authorities to consult during peacetime with Taiwan’s Ministries of Home Affairs, Foreign Affairs, and National Defense, in addition to relevant US agencies, on the Japanese evacuation missions that could arise during a contingency.

Taiwan and Japan must demonstrate that they maintain sufficient capabilities to discourage China from invading Taiwan, and by extension, attacking US bases in Japan. Even without official diplomatic relations, tightening US-Taiwan-Japan ties, and ensuring the Japan-US alliance remains steadfast, are critical for deterring an invasion by China.