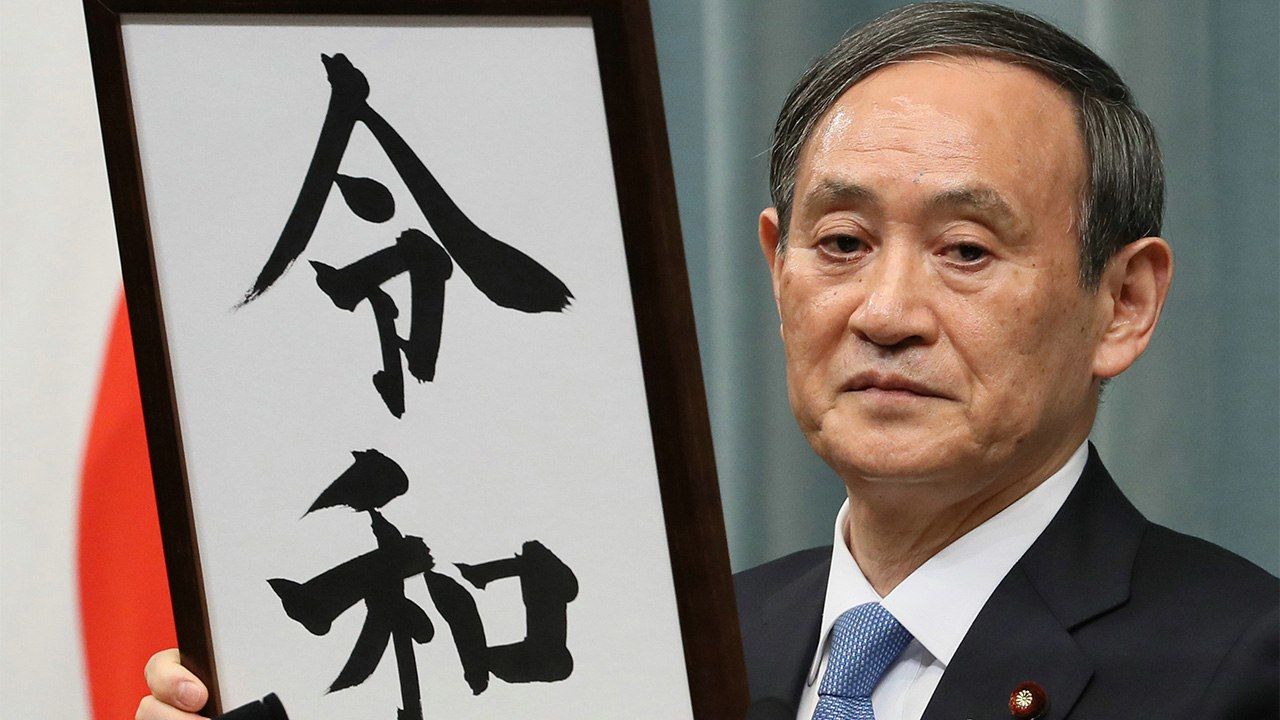 Politics Jul 3, 2019
Once viewed as a dark horse at best, Chief Cabinet Secretary Suga Yoshihide has emerged as a leading contender to succeed Abe Shinzō as president of the ruling Liberal Democratic Party and prime minister of Japan.

Why Suga? Why Now?

Chief Cabinet Secretary Suga Yoshihide’s prospects of succeeding Prime Minister Abe Shinzō as leader of the Liberal Democratic Party and Japan have brightened as those of Abe’s rivals have dimmed. Former Chief Cabinet Secretary Ishiba Shigeru, who has twice fought Abe for leadership of the LDP (2012 and 2018), appears unlikely to marshal the necessary support in the Diet. Ishiba was the top vote getter in the first round of the 2012 LDP leadership election, but he lost to Abe in the second round, which is limited to Diet members, and he has failed to build his Diet support in the six and a half years since. Excluded from the cabinet in recent years, he receives media play only when attacking Abe’s policies, and this does not endear him to the LDP mainstream.

Former Minister for Foreign Affairs Kishida Fumio, now head of the LDP Policy Research Council, has taken the opposite tack, muting his criticism in hopes that Abe will designate him heir, notwithstanding ideological disagreements. But the history of the LDP teaches us that power is a prize politicians vie for, not a ripe fruit that falls into their laps.

As Abe has consolidated his power, his critics within the LDP have faded into irrelevance, and the media has had to cast about for other candidates. For a while, there was considerable buzz surrounding Diet member Koizumi Shinjirō, the popular, mediagenic son of former Prime Minister Koizumi Jun’ichirō. But clearly the young Koizumi’s time has not yet come. Given this vacuum, it was only natural that Suga’s name should come up. After all, no one has contributed more to the stability and longevity of the second Abe cabinet.

Nonetheless, until quite recently Suga was a relatively obscure figure with a remarkably low profile for a chief cabinet secretary. That changed in April this year, when millions of Japanese citizens watched him unveil the name of the new Reiwa era in a televised press conference. That scene is now stock video footage and will doubtless be replayed over and over in the months and years ahead. Suga’s name recognition has surged, and this is one reason LDP Diet members have begun to view him as a viable candidate.

During my long career as a political journalist, spanning almost 50 years and 22 cabinets, I have watched many chief cabinet secretaries at work. For me, the exemplar was always Gotōda Masaharu (chief cabinet secretary 1985–87 under Prime Minister Nakasone Yasuhiro), a man of high character and a master of political-administrative relations and crisis management. Lately, however, I have come to believe that top honors should go to Suga.

To begin with, as the cabinet’s key spokesperson, Suga has done a remarkable job of avoiding gaffes or sparking controversy at his numerous press conferences and briefings. He may not be entertaining, but he is certainly reliable.

Another strength is his ability to stand up to the bureaucracy by gathering information independently instead of accepting the ministries’ conclusions at face value.

Chief Cabinet Secretary Suga begins and ends his day by gathering information. He rises at five and reads the newspapers for an hour before watching the six o’clock news on NHK. Then it’s on to a breakfast meeting with experts in academia or the media. He also schedules at least two and sometimes three such get-togethers after hours, although he himself does not drink.

As head of the Cabinet Secretariat, the government’s control center, Suga also spends a huge amount of time consulting with the ministries and agencies on personnel appointments. This involvement reflects Suga’s conviction that personnel management is the key to the exercise of political power, and it has given him unprecedented control over the bureaucracy.

The position of chief cabinet secretary is an important one, and many LDP politicians have used it as a stepping stone to bigger and better things—specifically, the office of prime minister. But any sign of such ambition tends to erode the unity of the cabinet. Suga’s loyalty and dedication as Abe’s right-hand man are absolute. As a consequence, the relationship between Abe and Suga is airtight, and no one can come between them.

This strong and enduring relationship between the prime minister and his chief cabinet secretary is one of the things that has made it possible for Abe to achieve and maintain his position of virtually unchallenged authority within the ruling party. Today, after six and a half years as chief cabinet secretary, Suga is probably the most knowledgeable and astute operator in Japanese politics.

At a time when most LDP Diet members are either former bureaucrats or the products of political dynasties, Suga stands out as a self-made politician. He was born in 1948 to a farming household in southeastern Akita Prefecture. As the eldest son, he was naturally expected to take over the family business. Instead, he defied his parents’ wishes and migrated to Tokyo, where he worked his way through Hōsei University. He graduated in 1973 and two years later managed to secure an entrée into politics as a secretary to Okonogi Hikosaburō, an LDP Diet member from Yokohama. After more than a decade as a political aide, Suga was elected to the Yokohama City Council, where he served for nine years. His Diet career began in 1996, when he successfully ran for the House of Representatives from Kanagawa 2nd district in Yokohama. Unlike many of today’s elite LDP politicians, he pulled himself up by the bootstraps and overcame one obstacle after another to get where he is today.

Created by Nippon.com based on Suga Yoshihide official website and other sources.

Although he represents the Kanagawa 2nd district in Yokohama, Suga speaks proudly of his rural roots in Akita Prefecture and clearly identifies himself as a native of Akita on his calling card. As minister of internal affairs and communications, he developed the hometown donation system (introduced in 2008), which offers tax deductions and other incentives for those who donate money to the local government of their choice.

The relationship between Abe and Suga, which transcends factional loyalties, goes back to the first Abe cabinet but appears to have deepened during the three and a half years (2009–12) when the LDP was out of power. After the first Abe cabinet collapsed, in September 2007, many assumed that Abe’s political career was over. But Suga never lost faith, and he urged Abe to run for LDP president again in 2012.

The Face of Reiwa?

Whether or not Suga can succeed Abe as LDP president and prime minister of Japan depends very much on the manner in which Abe departs. If for some reason Abe steps down unexpectedly, the party will need someone to steady the ship. Suga is doubtless the best choice for a smooth transition and continued progress along the current path.

On the other hand, some may question whether Suga has the charisma and leadership qualities to needed to occupy the top spot. Clearly, he is not one of those ambitious, driven types who enter politics with the goal of becoming prime minister. Then again, perhaps Japan is ready for a lower-profile leader.

In fact, the selection of LDP presidents and prime ministers in the postwar era has tended to follow the pendulum principle, alternating between strong-willed, top-down leaders and consensus builders. While Satō Eisaku (1964–72) embraced the “politics of waiting,” his successor Tanaka Kakuei (1972–74) was an advocate of “firm resolve and action.” Suzuki Zenkō, who practiced the “politics of harmony,” was followed by Nakasone Yasuhiro, a presidential-style prime minister. Then it was back to consensus-style policymaking under Takeshita Noboru. It seems that, after a few years of tough top-down leadership, people tire of the controversy and polarization and just want some peace and quiet. If that is the case, when Abe finally leaves office, the party—and the nation—may be ripe for a consensus builder.

Of course, no one can become prime minister without first becoming the president of the majority party, and it is up to the LDP’s Diet politicians and other members to elect their own leader. Factional loyalties and rivalries still play some part in this process. But public image is also a key factor nowadays. The electoral reforms of the mid-1990s, which replaced the old multiseat lower house constituencies with “winner take all” single-seat districts, have diminished the clout of the LDP faction bosses and augmented the role of the prime minister as the “face” of the party in national elections. LDP Diet members understand that their own reelection may hinge on the popularity of the prime minister.

Suga’s starring role in the unveiling of the new era name solved his name-recognition problem with a single stroke. It remains to be seen whether this admirable workhorse of an LDP politician has the charisma and leadership to lead the nation in the post-Abe era.