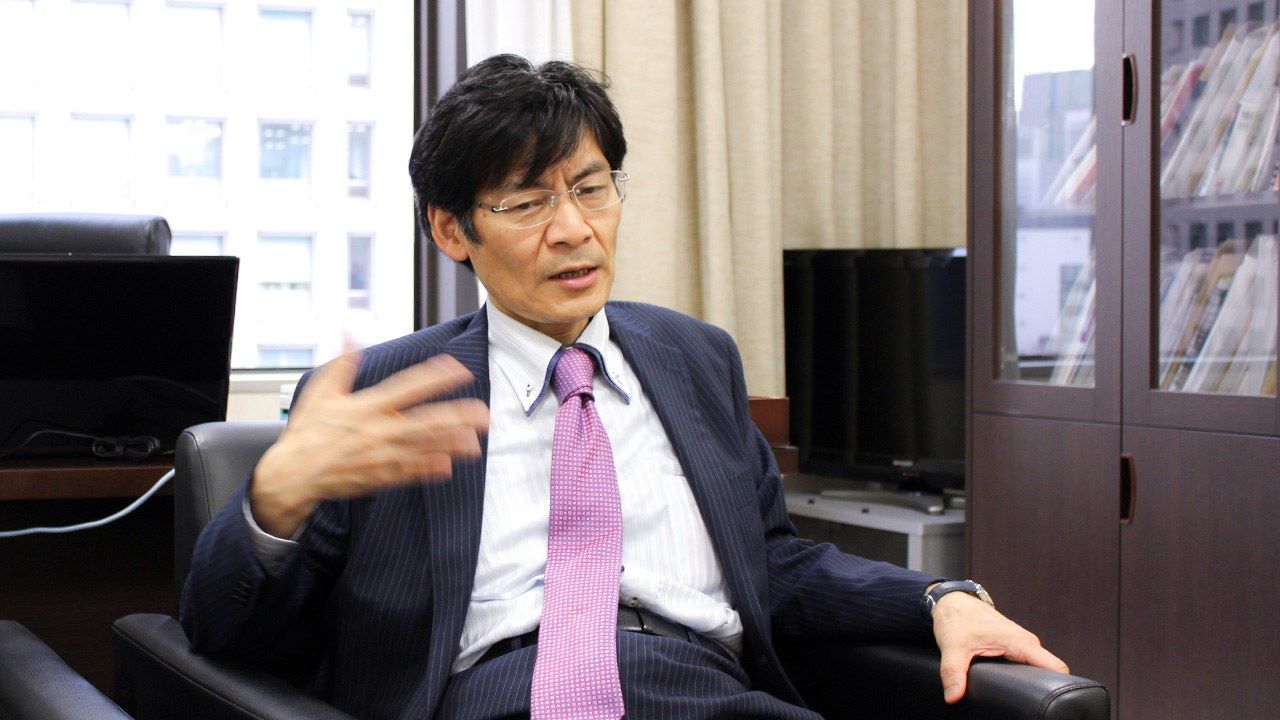 The Heterodox Modern Monetary Theory and Its Challenges for Japan

Economy Politics Aug 6, 2019
Modern monetary theory is a new approach to fiscal policies that has appeared in the United States. While it has been treated as a heterodox theory for its bold claims, there are economists who argue that MMT has much to say about the current situation of Japan and the global economy. We asked Momma Kazuo, former Bank of Japan executive director, about the significance of MMT.

Executive economist at the Mizuho Research Institute and former Bank of Japan executive director. Graduated from the University of Tokyo in 1981 and joined the Bank of Japan. After serving as head of the Research and Statistics Department and head of the Monetary Affairs Department, served as executive director in charge of monetary policy and as assistant governor for international affairs. Retired from the Bank of Japan in 2016 and assumed his current position.

INTERVIEWER  What kind of theory is modern monetary theory?

MOMMA KAZUO  Basically, MMT maintains that governments can issue as many government bonds as they like for the purposes of fiscal policies as long as such bonds are digested domestically. Adherents of this theory grew rapidly last year in certain sectors of the United States. They hold that the government can use the funds raised to the maximum extent to implement needed policies, particularly with regard to full employment. According to MMT, the government should work to create stable and high-quality jobs and should raise the funds needed by issuing government bonds.

INTERVIEWER  Why is MMT drawing attention at the present moment?

MOMMA  There are several reasons. Following the 2008 financial crisis, the income divide has become an important issue in the United States. Seeing how some of the wealthy class has benefited from the economy's recovery while everyone else was left behind, the awareness has grown in recent years that the government should guarantee full employment to protect the lives of workers and should build a society that pays a minimum wage.

A second reason is historically low interest rates. Since the financial crisis, interest rates have fallen to an unprecedentedly low level in the United States. MMT's assertion that government bonds can be issued without limit is unrealistic in times of high interest rates, but this assertion is easier to accept when interest rates are low for so long. Low inflation is also a factor. Since government spending tends to increase total demand, the MMT position is unpersuasive in times of inflation. However, we are currently in a situation where inflation appears stuck below the 2 percent level.

Finally, limits to monetary policy are sometimes raised. Besides the policy effects of quantitative easing, many people in the United States are feeling that QE has increased asset prices and has benefited only the wealthy class. For this reason, the view is strengthening that monetary policy is no longer useful or that, if it is used, the resulting damage will be significant.

INTERVIEWER  Some economists in the United States point out that Japan is already implementing MMT.

MOMMA  Compared to the United States, Japan has certainly made energetic use of fiscal policies, and government debt has increased steadily since the second half of the 1990s. Even so, this has not resulted in inflation, and interest rates are low. For this reason, some commentators argue that the growth of government debt in Japan has not caused any problems.

Japan, however, has not implemented MMT as a policy. A core assertion of MMT is that government debt can be increased until inflation materializes. Japan has never believed that the fiscal policy should be expanded until inflation takes off. What’s more, it was monetary policy that was used to overcome deflation.

INTERVIEWER  Can MMT ever be a realistic policy choice?

MOMMA  The problem with MMT is that its positions are too extreme. It is extreme in its basic conception, which leads to such positions as “the budget deficit can be expanded without end until inflation materializes” or “the government can spend as much as it likes to achieve full employment.” Extreme policies risk causing major mistakes.

Lurking in the MMT assertion that government bonds can be issued without limit is the view that such issues can be underwritten by the central bank if they cannot be digested by the private sector. Given their mission of stable prices, though, central banks will naturally not be able to buy government bonds if inflation accelerates beyond a desirable level. This situation illustrates another impossibility with the MMT view.

Missing from MMT is any idea regarding how to control inflation. The monetary policies of central banks take some time before they show their effects, and they are associated with uncertainties. Issuing government bonds until inflation materializes without expertise on price dynamics will risk thwarting monetary policy in restoring normalcy before inflation gets out of hand. What is needed is managing fiscal policy so that it is consistent with the monetary policy goal of stable prices.

To begin with, the idea that expansionary policies are limited only by inflation is facile. Certainly, textbooks of economics describe a cycle where an overheating economy leads to inflation and then a recession. Inflation, however, is not the only indicator of economic imbalances. For example, the asset bubble Japan experienced in the 1980s occurred without any discernible inflation at all. In the United States, the collapse of a real estate bubble ensuing from a subprime mortgage crisis brought about the downfall of Lehman Brothers and a global financial crisis.

INTERVIEWER  Should we conclude that MMT is a heterodox theory that can be ignored?

MOMMA  What makes MMT problematic is the extreme nature of its assertions. Aside from that, it is not necessarily mistaken in its leaning. In Japan, where low inflation and low interest rates have persisted for so long and where monetary policies are said to have reached their limits, we should listen to the view that more can be done with fiscal policies. Monetary policies are more constrained in Japan than in the United States. Should the Japanese economy fall into recession, we will need to turn to fiscal policies at least to some degree.

On the other hand, however, we should bear in mind that government debt is already high in Japan and that Japanese society is aging rapidly. Since there is excess liquidity for the whole nation backed by ample private savings, it may be possible to take advantage of this in fiscal policies, through the issue of government bonds. At the same time, there is much uncertainty about how long the surplus of private funds will last. As the aging of Japanese society progresses, people with assets will draw them down, and private savings may become insufficient.

The macro situation Japan is facing, where government debt is expanding, interest rates are extremely low, and society is aging at the same time, is not something humankind has experienced before. Naturally, today's economics may not have an answer on how we can best proceed from here. The sensible approach may be to avoid risky and extreme policies and to feel the way forward step by step while monitoring the situation.

INTERVIEWER  Have we reached the limits of monetary policy?

MOMMA  Clearly, advanced economies are nearing the limits of monetary policy. Monetary authorities in the United States are discussing ways to strengthen policy’s capacity to respond to future recessions. However, it will no longer be possible to deal with future recessions just with monetary policy. This is clearly the case for Europe and Japan, and even the United States will face the same challenge, albeit to a lesser extent.

The Bank of Japan has sought over a six-year period to achieve a 2 percent inflation target through extreme monetary easing, but has failed to do so. The BOJ, however, did achieve the longest postwar economic expansion, and the unemployment rate is low. The economy and prices do not have such a close relationship. There is a need to examine the appropriateness of maintaining a monetary policy so extreme as to feature negative interest rates, given its potential side effects.

INTERVIEWER  What monetary policies can the BOJ implement in the midst of policy limits?

MOMMA  While there is no pressing risk of an internally created recession for Japan at the moment, trade friction between the United States and China is a source of great uncertainty for the global economy. An external shock to the economy has the potential of bringing the expansion to an end, a situation that will need to be monitored closely.

The BOJ currently has a relatively flexible framework for monetary policy. It can freely adjust the amount of government bonds and exchange traded funds that it buys. Should economic risks multiply and the market risk premium rise, the most effective policy for the BOJ is to flexibly buy ETFs. It can cut back such purchases when the market is calm, and it can buy more when the market is jittery. By maximizing the use of the so-called BOJ put, the Bank of Japan will be able to check market risk to some degree.

(Originally published in Japanese on July 16, 2019. Interview and text by Kosaka Norihiko.)