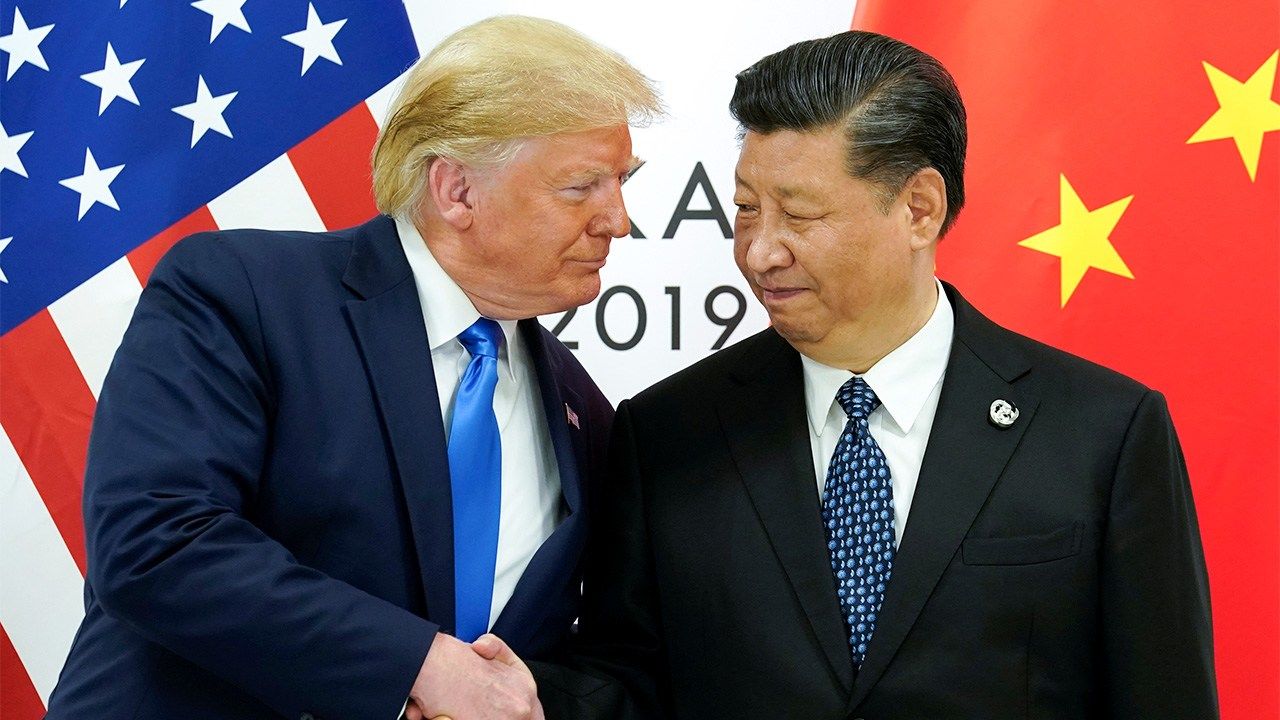 China and the United States: The Battle for Technological Supremacy

One major focus of attention at the recent Group of 20 Summit in Osaka was the state of relations between the United States and China. Following increasingly open antagonism between the two countries in recent months, would we see a move toward reconciliation or would the tensions increase even further? In the event, the relationship seems to have entered a period of truce. US President Donald Trump relaxed his previously unbending stance to adopt a more conciliatory position, allowing exports of components to Huawei and postponing his promised fourth round of tariff hikes. His Chinese counterpart Xi Jinping responded by promising to buy American agricultural products, offering a helping hand to Trump in the run-up to his campaign for reelection in 2020. So disaster was averted and a ceasefire agreed, at least for now. Does this mark the beginning of a new kind of relationship, or is it merely a temporary truce?

The first thing we should realize is that neither the United States nor China is really in a position to exercise strong leadership. In the United States, Trump faces reelection in 2020, and is under pressure on all fronts from his Democrat opponents, who control the lower house. He needs to show that his administration is getting things done. His sudden decisions to visit Panmunjom in the demilitarized zone and to meet North Korean leader Kim Jong-un should probably be seen as part of this performance.

Meanwhile, in China, Xi’s government has its own problems, as the economy stagnates under the impact of the trade war with the United States, and economic growth starts to hit a ceiling. The government faces unrest among the Uighur population of Xinjiang and mass demonstrations in Hong Kong. The Chinese president also needs tangible achievements to help him reestablish his authority.

How does the trade war relate to these concerns on both sides? For President Trump, the tensions with China have a heavy negative impact on the rural and manufacturing regions where the bulk of his supporters live. If the trade war drags on it could adversely affect his chances of reelection. At the same time, influential figures in Washington and in the financial and political world are increasingly adopting a tough stance against China, and the president cannot afford to appear weak in the face of the perceived Chinese threat.

Xi faces opposition too. Many industries that have relied on exports to the United States are starting to struggle as the trade war drags on. Xi changed the constitution in 2018 to allow himself to remain in office beyond the previously mandated two terms, and political forces opposed to him will use any sign of policy failure to add momentum to the movement to usher in the post-Xi era. He has no choice but to remain unbending in the face of American pressure, whatever it takes.

The ceasefire agreed at the G20 therefore reflected the political reality in which both leaders find themselves. It was a compromise reached by two leaders with no desire to see the trade war expand any further. Quite apart from the individual wishes of the two leaders, however, the embers of the dispute continue to smolder in both countries, and the situation could escalate again at any moment. If the coming trade talks end unfavorably, the possibility remains that Trump could decide to impose the fourth round of tariff hikes after all. One area for particular concern is the battle for supremacy in next-generation technology.

This “revolution” led to the overwhelming technical supremacy of US armed forces that was demonstrated in the Gulf War and Kosovo. For a while, it seemed American dominance was all but unshakeable. But in the wars in Afghanistan from 2001 and Iraq from 2003, US troops armed with precision weapons and the latest technology repeatedly fell to ambushes using improvised explosive devices and guerrilla tactics in urban street fighting. It became clear that a further revolution was needed.

The “Third Offset Strategy” aimed to harness automation and robotics to make it possible to achieve military objectives without the risk of casualties. Drones are the best-known example of unmanned weaponry currently deployed in real-life combat situations. The next stage will involve the wider use of technology currently being developed by private-sector companies in fields like automatic driving, artificial intelligence, and robotics. These are all fields where China is developing at an amazing speed. In some cases, Chinese companies even have an advantage over US firms.

High-Tech Development and the Demographic Crisis

How has China been able to make such dramatic progress in developing new technology in these fields? One reason is the advantage that comes with being a later developing country. By using a “catch-up” strategy, countries can copy existing technology, and thereby catch up much more quickly than would be possible had they tried to develop it alone. The United States argues that this constitutes theft in many cases. But even without any such incidents, the speed of technological development would still be extremely fast.

Naturally, once a country catches up and attains the same level as developed nations, this progress hits a ceiling. But China has been investing huge amounts of resources into research and development with the declared aim of becoming a major international science and technology powerhouse. Much of this development has focused on new technology in the fields of automation. In part, this is a natural response to China’s discomforting demographic reality. The one-child policy that was introduced in the 1980s, combined with the rapid increase in life expectancy as the country has become more prosperous, has led to a plummeting birthrate and a rapidly aging society. China is being forced to move in the direction of greater automation to continue its economic growth.

People often claim that China’s collection of big data is intended to tighten Communist Party control, or that it is developing automation technology to enable it to fight back against American military technology. Of course, these are important objectives too. The role of technology in maintaining control over the country and the importance of science and technology, including the cyber and space fields, in modern military strategy must not be overlooked. Nevertheless, I believe it is important to understand the importance to China of turning the country into a science and technology powerhouse as a key part of its strategy for dealing with its serious demographic problems.

Huawei and the Security Risks of Cheap 5G Technology

The biggest focus of attention in this context is the role of Huawei in developing next-generation 5G mobile phone technology. Huawei started as a reseller of telephone exchange switches, and later started to work on its own technology. Taking advantage of the Chinese government’s strategy of overseas expansion, it built up experience constructing telecommunications networks in Africa, and rose to prominence as a producer and retailer of network devices offering high quality at a low price. In the field of 5G, Huawei now offers services that make it possible to build high-speed networks at a price that other companies cannot hope to match.

5G technology will make it possible to transmit much larger volumes of data than the current 4G network. The technology is also regarded as essential infrastructure for the Internet of Things, self-driving vehicles, and other next-generation technology. Since Huawei is more competitive than Western companies, European countries looking to tap 5G technology to make IoT and self-driving cars a reality are eagerly investing in Huawei products that provide reliability at affordable prices.

By contrast, countries like the United States and Australia see a high risk to national security in becoming dependent on Huawei’s equipment devices. Its CEO Ren Zhengfei previously served in the People’s Liberation Army and the company continues to supply equipment to the military. Under China’s State Intelligence Law and similar legislation, the company has an obligation to provide data to the Chinese government, and for these reasons the United States and other countries have decided to exclude Huawei products from their markets.

In simple terms, the Huawei issue is symbolized by a choice between competing priorities: the cost of next-generation telecommunications infrastructure on the one hand versus the potential national risks of data theft and dependence on China for important infrastructure.

This means that on one level, the battle for technological supremacy between the United States and China is intensifying because of American concerns about maintaining its military advantage. Many in the United States are uneasy about the possibility that China might gain precedence and take control of fields of technology at the core of the US Third Offset Strategy for making wider use of automation and unmanned technology development. The threat of data theft only adds to these tensions over Chinese control of infrastructure that is of crucial military importance.

At the same time, China is looking to develop automation in a desperate attempt to achieve economic growth despite a falling birthrate and aging society. Of course, it is also using the technology as part of its military strategy, for which it is coming under pressure from the United States. It is in the context of these deep-seated structural differences that the battle for technological hegemony between the United States and China is unfolding. Although a truce may be possible in the short term, finding a solution to these problems in the longer term will not be easy.