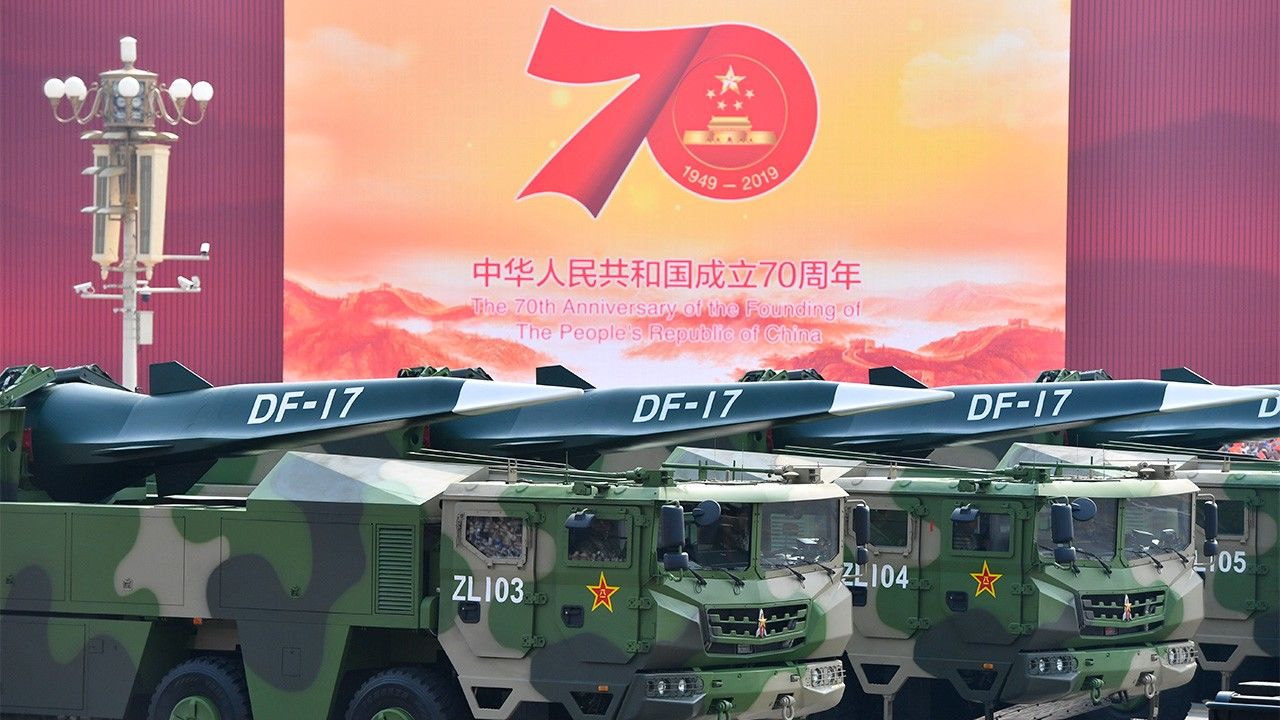 The Japan-US Alliance in a Post-INF World: Building an Effective Deterrent in the Western Pacific

Dec 18, 2019
In Japan, the Trump administration’s termination of the US-Russia Intermediate-Range Nuclear Forces (INF) Treaty has been widely reported as a reckless move that could trigger a new nuclear arms race. East Asian security expert Murano Masashi offers a different perspective centered on the need for deployment of conventionally armed missiles to counter China’s strategy in the western Pacific.

The United States officially withdrew from the Intermediate-Range Nuclear Forces (INF) Treaty with Russia on August 2, 2019, citing ongoing Russian violations. While it is true that Russia had been flouting the treaty’s terms, another key consideration was China, which has developed and deployed a powerful arsenal of conventionally armed intermediate-range missiles aimed at preventing or constraining the deployment of US forces in the western Pacific. As a senior US official closely involved in the decision explained it to me, “the need to counter Chinese A2/AD [anti-access and area denial] was making it very difficult to justify remaining bound by the treaty even while Russia was violating it.”

Admiral Harry B. Harris, then commander of the US Indo-Pacific Command (now ambassador to South Korea), summed up the problem in his April 26, 2017, testimony before the House of Representatives Armed Services Committee. China, he said, “controls the largest and most diverse missile force in the world, with an inventory of more than 2,000 ballistic and cruise missiles.” Of those, “Approximately, 95% . . . would violate the INF if China was a signatory.” During the 22 years that the United States and Russia were bound by the terms of the INF, China was actively expanding its own arsenal of intermediate-range missiles.

The size of China’s missile force is not the only concern. Among the weapons on proud display at the October 1, 2019, Beijing military parade commemorating Communist China’s seventieth anniversary were the DF-26 and the new DF-17 hypersonic glide vehicle, both with a range of 1,000–4,000 kilometers. With their cutting-edge antiship ballistic and hypersonic glide technology, they are among the world’s most advanced short- and intermediate-range missiles. These highly accurate missiles are the core component of a strategy to impede US military activity in the western Pacific, rather than a technological steppingstone to sophisticated intercontinental ballistic missiles.

In the wake of the decision to allow the INF to expire, the United States has begun actively drafting and pursuing plans to boost its own arsenal of conventionally armed ground-based intermediate-range missiles. Options include the conversion of existing cruise missiles to ground-launched systems and the development of new intermediate-range ballistic missile systems.

The conversion of existing cruise missiles could be completed within 18 months (from testing to deployment), while the development of a new ballistic missile system comparable to Pershing III (including development and production of mobile launchers) is expected to take at least five years.

To be within range of Chinese targets, these ground-based intermediate-range missile systems clearly must be deployed outside of the continental United States, and the western Pacific is the obvious choice. Any workable deployment plan in the region needs to take into account not only America’s strategic objectives but also the defensive needs and political constraints of its regional partners, which will ultimately be called on to host the systems and cooperate in their deployment and operation. Clearly, a broader and deeper conversation is needed.

As a basic premise for such a conversation, we need to recognize that no intermediate-range cruise or ballistic missile can be expected to hit a time-sensitive target, such as an enemy mobile launcher, from a distance of more than 500 kilometers—thus constraining deployment site decisions. A cruise missile, which is continuously guided, can deliver a warhead to its target with a high level of accuracy, but it takes longer to reach that target. A ballistic missile is faster and harder to intercept, but its trajectory cannot be changed in mid-flight to strike a moving target. Such practical constraints narrow down the options.

In a worst-case, high-intensity scenario, such as a Chinese attack on Taiwan or on Japan’s southwest islands (the Nansei Shotō, which include Okinawa), China could be expected to begin the offensive with a massive effort to degrade the power-projection capability of the United States, as well as the support capabilities of its ally, Japan. This would involve a missile salvo, in addition to cyber, counterspace, and electromagnetic attacks. Specifically, China could use its ballistic missiles, which are difficult to intercept, to hit airstrips and port facilities in Okinawa, Honshū, and Guam, while launching a saturation attack by highly accurate ground-, air-, and submarine-launched cruise missiles to degrade our air-defense radar, disable fighters and warships on US bases, and weaken the alliance’s missile-defense capability. China would then attempt to use its air power to control air and maritime access around the “first island chain” (including Japan and Taiwan) and prevent the United States's kinetic defense commitment. 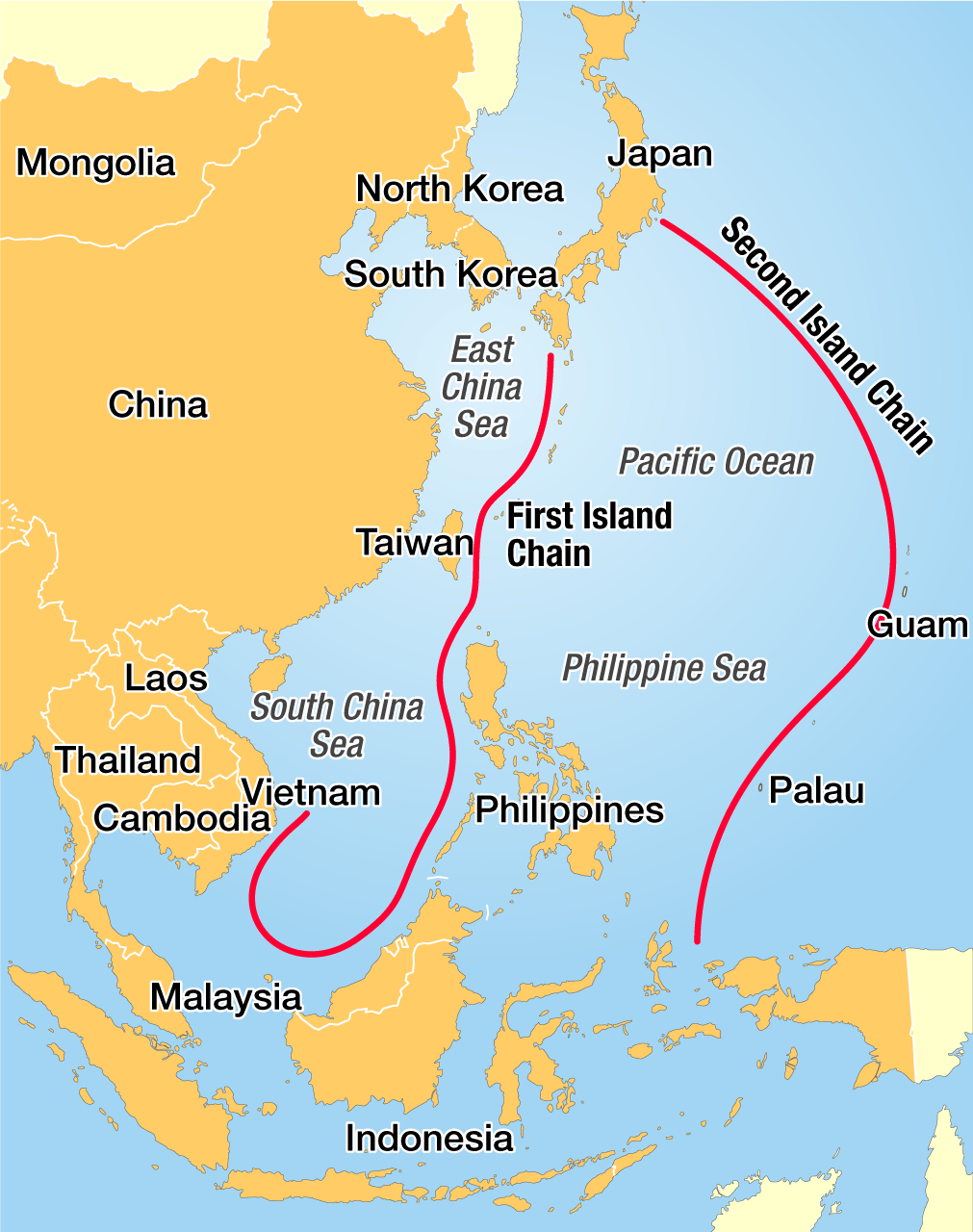 The most direct way to prevent such an operation is to reduce China's missile capability. In the beginning of a war, however, it would be almost impossible to attack and reduce the number of PLA Rocket Forces missiles, which already include nearly 2,000 short- to medium-range missiles and more than 500 mobile launchers. On the other hand, China would need more than missiles to secure air and maritime superiority over the first island chain. Ultimately, that would require continuous deployment of air and naval power. (From this standpoint, Japan’s acquisition of a certain number of F-35B stealth fighters, which have the ability to take off from and land on damaged or makeshift runways, makes sense from the standpoint of complicating China’s calculations, regardless of whether they would be operated from refurbished Izumo-class light aircraft carriers.)

In short, as long as Japan and the United States had the ability to degrade China’s air power (offensive counter-air capability), the Chinese would be hard-pressed to maintain air and sea superiority in the region even after a preemptive strike such as that described above. With escalation likely, and the outlook for victory dim, the argument for a preemptive strike weakens, and the threshold for armed conflict rises.

Accordingly, if Japan and the United States wish to deter aggression by China, their first priority should be finding the optimal mix of cruise and ballistic missiles to attack China’s offensive counter-air capabilities at their source, through deterrence by denial.

Ground-launched cruise missiles, or GLCMs, offer several advantages: shorter time to deployment (18 months or less), better accuracy, lower cost, and the ability to launch multidirectional, synchronous, saturated attacks in combination with sea- and air-based missiles (SLCMs and ALCMs). Given their slow flight speed and limited lethality per missile, they would best be deployed at relatively close range against more exposed above-ground radar and fuel-storage facilities. A good option for this purpose might be forward deployment in the Nansei Islands of a certain number of GLCMs with a range of roughly 750–1,000 kilometers.

The advantages of the ballistic-missile option are as follows: speed of delivery, capability to penetrate out air-defense systems, high terminal velocity and high angle of approach, long range and increased payload capacity made possible by ground-based deployment, and relative ease of development compared with such systems as hypersonic glide vehicles. In this sense, ballistic missiles could offset the weaknesses of the cruise missiles and enable long-range sniping of important fixed targets, such as sensors, command and control systems, runways, and munitions depots, even in relatively small numbers.

The second priority is deployment of long-range surface-to-ship cruise missiles along a line extending north from Southeast Asia to the southwest islands and Kyūshū. The Ground Self-Defense Force’s Type 12 surface-to-ship missiles currently deployed on Amami Ōshima and scheduled for deployment on Miyakojima and Ishigakijima already perform this role to a limited degree. A program implemented jointly by the GSDF and the US ground forces could extend that capability. If the US Army and Marine Corps can join with the GSDF in deploying mobile anti-ship missiles with a range of more than 750 kilometers, we should be able to impose some restrictions on maneuvers by PLAN vessels carrying cruise missiles or carrier-based fighters. This in turn should limit the number of Chinese missiles that can be fired and improve the success rate of our missile defense.

Successful deployment of this deterrent capability will involve overcoming significant hurdles, not merely in terms of hardware factors like weapons development but also with respect to such “software” factors as operational plans, the planning process, command and control, and political risk.

First, China has a network of 40 widely distributed air bases. By some estimates, it would take at least 600 tactical ballistic missiles to effectively disable them. To build the striking power needed to erode China’s “theory of victory” and prevent escalation of the conflict, it is critically important that Japan and the United States begin by working together to accurately gauge the threat, assess the Japan-US forces’ joint capability (with respect to targets, launch methods, deployment sites, logistical support, and so forth), identify any capability gaps that need to be filled, and finally, optimize the allocation of roles, missions, and capabilities.

The second challenge is to establish a common operational picture and a dynamic joint targeting cycle. The forward deployment of US missiles in Japan is bound to intensify China’s suspicion and alarm. To manage this risk, Japan must be an active and responsible partner in the drafting and implementation of an operational plan detailing when, how, and toward what targets the various missiles deployed are to be used. The Japan-US joint missile-defense taskforce currently underway can provide guidance for this type of collaboration. The SDF’s active involvement in US operational planning should also reduce the political risks of missile deployment.

This brings us to the third challenge, a politically sustainable missile deployment plan. The key point here is that, by deploying a judiciously balanced mix of defensive and offensive systems, the Japan-US alliance can ultimately deter the use of force by China and head off conflicts before they occur. One of the keys to long-term strategic competition is maximizing the cost to one’s adversary while minimizing one’s own costs, in peacetime as well as during crises or contingencies. From this perspective, we must make every effort to deliberate ground-based missile deployment without fueling the kind of political mayhem that could jeopardize the Japan-US alliance.

The current US administration has stated repeatedly that it does not envision mounting nuclear warheads on the medium-range ground-based missile systems now under consideration. But we must be alert to the risk of information warfare—of China or Russia spreading misinformation designed to manipulate public opinion and fuel local opposition to deployment. (In an article dated October 3, 2019, the major Okinawan newspaper Ryūkyū Shimpō quoted a source in the Presidential Administration of Russia as warning that the United States had plans to deploy large numbers of “nuclear-capable missiles” in Okinawa.)

One way to minimize the political costs of continuous deployment on Okinawa and other islands of the prefecture might be to keep some of the missiles on Guam or in Kyūshū during peacetime and use joint military exercises to practice rapid deployment to the southwest islands in the event of a crisis or contingency.

Back in the late 1980s, Japan played an important role in the INF negotiation process, stressing the impact of European missile deployment on the security situation in Asia. The decision not merely to reduce but to eliminate all US and Russian ground-launched intermediate-range missiles (“global zero”) owed much to Japanese diplomacy. In our post-INF world, it is more important than ever that Japan contribute actively, as a key stakeholder, to high-level deliberations on deterrence, arms control, and nuclear disarmament.