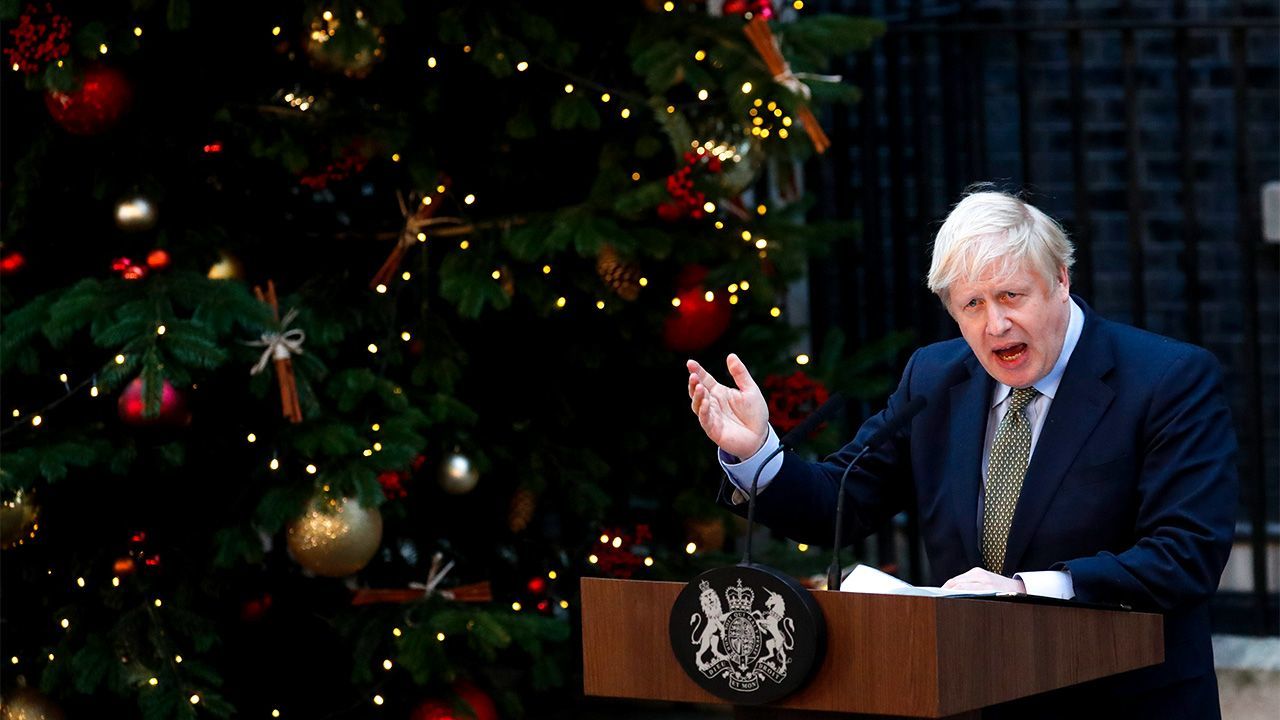 The British media have called it a historic election, and rightly so. In addition to handing a decisive majority to Prime Minister Boris Johnson’s Conservative Party, the results of Britain’s December general election suggest a fundamental shift in the battle lines and allegiances that have long defined British politics.

That said, the Conservatives' triumph masks deep ambivalence and divisions within the electorate, and the government's way forward on Brexit (withdrawal from the European Union) is by no means clear.

The election made history in three ways.

First, it signaled a seismic disturbance in the top parties’ electoral bases. In northern England’s Blyth Valley, for example, the Conservative candidate prevailed for the first time in the history of the constituency. Blyth Valley belongs to a bloc of districts in the Midlands and the north long considered a reliable Labour stronghold. But this time, large numbers of working-class and low-income voters abandoned their traditional party allegiance—much as disaffected voters in America’s Midwestern Rust Belt abandoned the Democratic Party for Donald Trump in 2016. The Labour Party, on the other hand, picked up support among affluent urban voters. In this way, traditional patterns of party affiliation are being upended, giving rise to a structural shift in British politics, and most analysts believe the trend is likely to continue.

Second, the December election appears to have cemented the transformation of the Conservative Party into a right-leaning Eurosceptic force with a support base confined to England proper. Boris Johnson put his ideological stamp on the party by expelling a group of centrist MPs who opposed his approach to Brexit—including such high-profile Tories as former Chancellors of the Exchequer Philip Hammond and Kenneth Clarke and Nicholas Soames, the grandson of Winston Churchill. In the wake of the Conservatives’ subsequent electoral victory, this rightward tilt can be expected to persist for some time.

The third historic aspect of the December election was the epic failure of the Labour Party, which suffered its worst electoral defeat since 1935. Labour has been out of power since the Conservatives took control in 2010, and it seems doomed to remain that way for another decade at least. This will naturally cause a monumental change in Britain’s political landscape. Contrary to earlier predictions, Boris Johnson has succeeded in laying the foundation for long-term Conservative rule.

Breaking the Deadlock over Brexit

Opinion polls conducted before the election indicated that voters regarded Brexit—the subject of daily coverage in the media—as the top election issue by far. Immigration, which dominated campaigning prior to the June 2016 Brexit referendum, no longer ranked among the top issues.

If one sentiment united the voters, it was probably a desire to break the political deadlock over Brexit and move on. The Conservative Party, which campaigned on the slogan of “Get Brexit Done” was the biggest winner, grabbing 365 out of 650 seats in the House of Commons. But the anti-Brexit Liberal Democrats made the greatest inroads in terms of vote share, and the Scottish National Party, also opposed to leaving, picked up 13 seats. By contrast, the Labour Party, which avoided taking a position for or against, lost voter support. After three and a half years, the public was heartily sick of the uncertainty and craved a clear answer more than anything. Labour’s failure to grasp this was a major strategic error.

However, one point that has been largely ignored is that the Conservatives, while picking up 47 seats in the House of Commons, once again failed to win a majority of the popular vote. In fact, they received just 43.5%—slightly less than the Labour Party and LD combined (43.8%) and just 1.2 points more than in the 2017 general election. Moreover, according to  polling data from just before the election, only about 41% of British citizens thought that Britain was right to leave the EU, while about 47% thought that it was wrong.

Why, then, did the Conservative Party make such gains in the general election?

One big reason was de facto coordination between the Conservatives and the hardline nationalist Brexit Party to avoid splitting the “leave” vote. Specifically, the Brexit Party opted to stand down in constituencies held by a Conservative MP.  By contrast, Labour and the LD competed for anti-Conservative, anti-Brexit votes. In Britain’s first-past-the-post system, this put the Conservatives at a big advantage.

Another important factor was the unpopularity of Labour Party leader Jeremy Corbyn and his markedly socialistic policies. His call for nationalization of public utilities and railways deeply alarmed the voters, not to mention the business community, and leadership approval polls clearly favored Johnson over Corbyn.

The election will undoubtedly strengthen Boris Johnson’s hand within his party. Now that the Conservatives control the House of Commons by a margin of almost 30 seats, Johnson will be able to push through his agenda unimpeded by the demands of the party’s remaining pro-EU elements or its rightwing hardliners.

But this does not necessarily portend smooth sailing for the current administration. True, the election has settled once and for all the “leave or remain” debate that has roiled Britain for so long. But “getting Brexit done” will be nowhere near as easy as Boris Johnson has suggested, and his rosy forecasts for an economically strong, internationally respected post-Brexit Britain ignores the daunting challenges facing the country.

Prominent among these challenges is the possible breakup of the United Kingdom, which the December election has made more likely.

In Northern Ireland, “nationalists,” who support unification with the Republic of Ireland, outnumber pro-British “unionists” in the House of Commons for the first time ever. This once unthinkable outcome raises the possibility that Northern Ireland could eventually join the Republic of Ireland in order to maintain its privileges as a member of the EU. 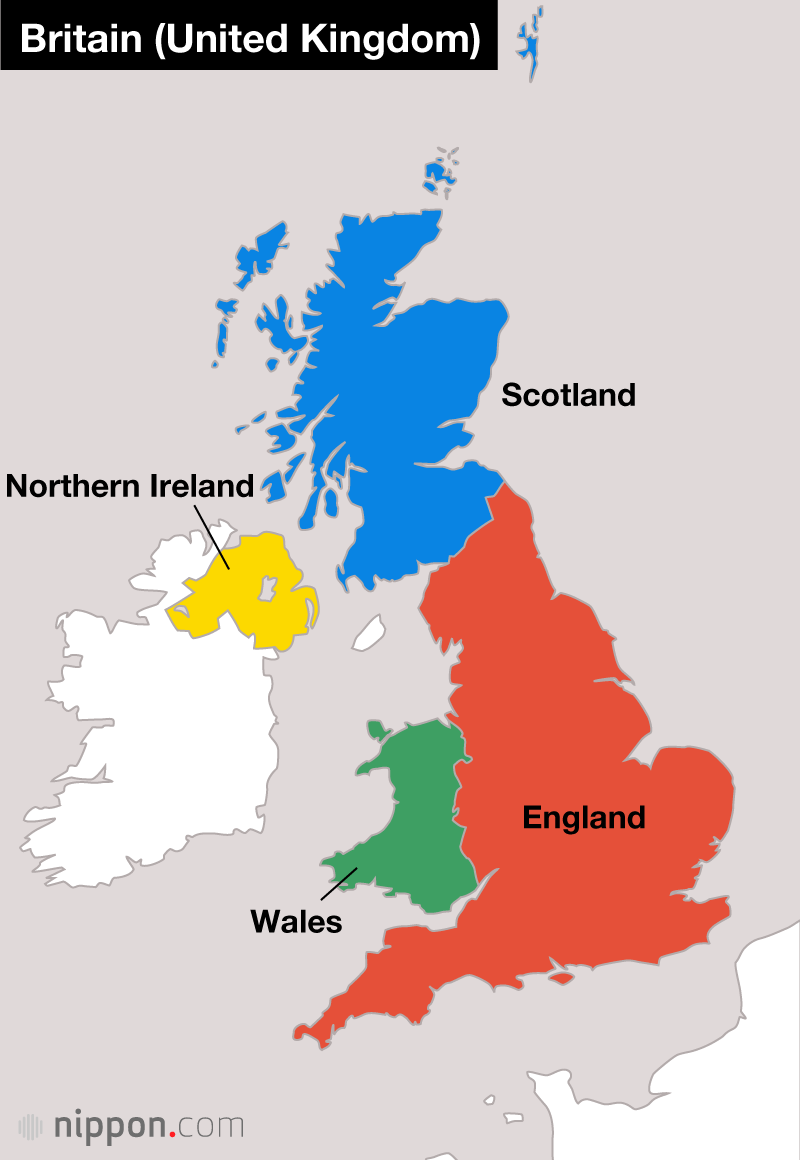 Britain and the EU are in accord that no hard border should divide Northern Ireland from the Republic of Ireland, even after Britain leaves the EU. But the alternative of controlling the flow of goods across the Irish Sea would in effect shift the border, giving Northern Ireland a different trade status from the island of Great Britain when it comes to trade with the EU. This would undermine the unity of the United Kingdom.

In Scotland, meanwhile, the general election yielded major gains for the SNP, which is calling for a new referendum on Scottish independence. These developments, combined with the rise of English nationalism within the Conservative Party, suggest growing ethnic fissures that could presage the dissolution of the United Kingdom.

The Hard Part of Brexit

Brexit itself poses formidable challenges. Under the withdrawal agreement approved by British Parliament early in January (and subsequently ratified by the European Parliament), Britain officially ceased to be a member state of the European Union on February 1, 2020. But the agreement calls for an 11-month transition period, during which nothing will change substantially because Britain will continue to function as part of the EU’s single market. Brexit in a real sense is scheduled to take place at the start of 2021. That gives Boris Johnson’s government precious little time to conclude a comprehensive agreement on the post-Brexit relationship, with a focus on trade between Britain and the EU. This is a huge undertaking—and one for which London seems largely unprepared.

The Brexit agreement reached after three and a half years takes Britain and the EU about a tenth of the way through the process of negotiating a comprehensive economic pact. Were Britain to follow Norway’s lead and remain within the European Economic Area and subject to its rules, the transition would be fairly simple. But Johnson has clearly signaled his intention to negotiate a whole new deal with the EU. Ordinarily, such an agreement would take five to ten years to negotiate and ratify. (It took Canada seven years and Japan six to conclude their comprehensive economic agreements with the EU.)

Talks on the “future relationship” between Britain and the EU are set to begin in early March, according to recent media reports. But as of this writing, Boris Johnson had yet to spell out the British government’s negotiating position. If London dives into the talks unprepared, it is bound to lose control of the negotiations, inviting a public backlash.

If the government wants to avoid a disastrous no-deal Brexit at the end of the transition period, it needs to apply to the EU for an extension six months in advance—by the end of June this year. But after Johnson’s repeated pledges to “get Brexit done,” any further delay is sure to infuriate the base.

After his electoral triumph, the prime minister finds himself between a rock and a hard place. For Johnson—and Britain—the real test is yet to come.