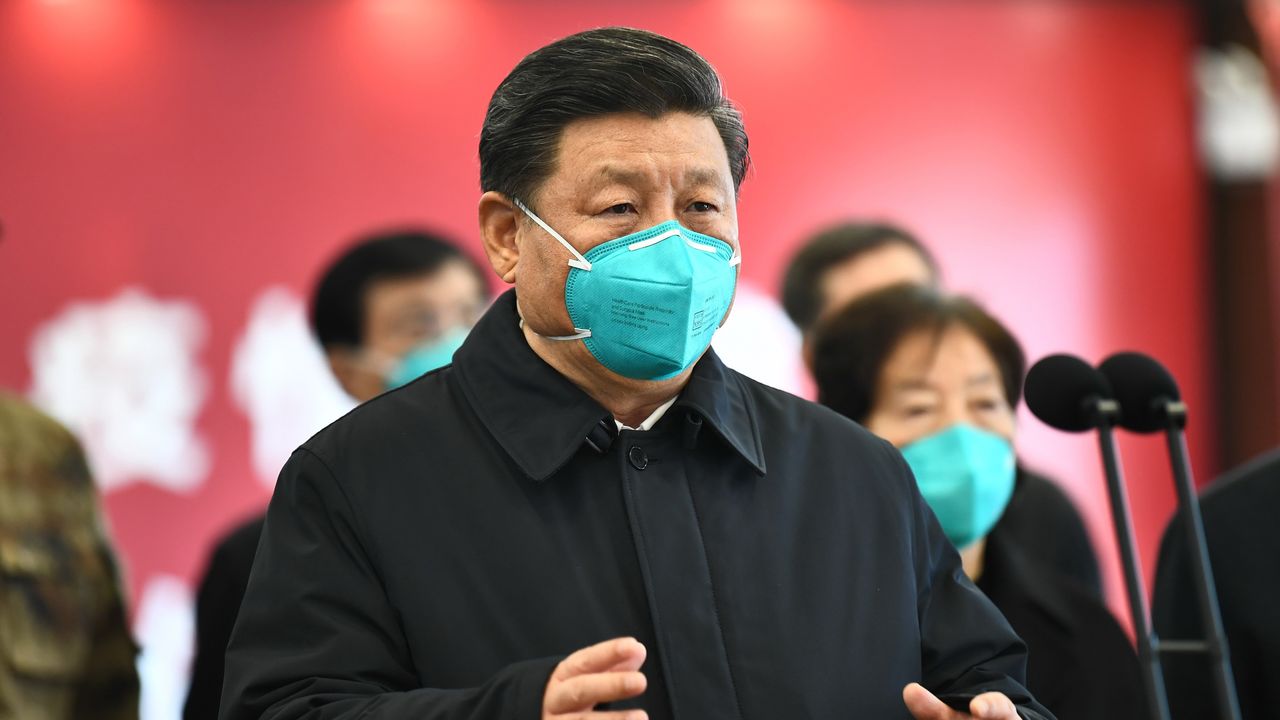 Politics Health Mar 25, 2020
COVID-19 has become a global pandemic. Why did China fail in its initial response to the virus? And why was the country unable to stop its spread? Miyamoto Yūji, former Japanese ambassador to China and an expert on China’s government apparatus, offers an explanation.

The Unheeded Lessons of SARS

China was struck by an epidemic of severe acute respiratory syndrome in 2002 that lasted into the following year, just around the time that the government passed from the hands of Jiang Zemin to Hu Jintao and Wen Jiabao. In both that SARS case and the current outbreak of COVID-19, information was concealed at the initial stage of the outbreak. Even though the spread of SARS was becoming rampant in Guangdong Province, precise information was not relayed from the local authorities to Beijing, and eventually the virus also spread to the capital, creating a serious situation.

Zhu Rongji, who ceded his position as premier to Wen Jiabao in March 2003, still held power over human resource decisions, and took decisive measures to put in place new personnel to handle the crisis. As a result, information was made public and measures promptly taken. He replaced the minister of health with a competent female politician, Vice Premier Wu Yi. The mayor of Beijing was also dismissed and replaced with the talented Wang Qishan, then party secretary of Hainan (and current Chinese vice president). Meanwhile, Premier Wen scrambled to deal with the situation, and eventually SARS was brought under control.

After overcoming that crisis, China strengthened preventive policies aimed at avoiding a similar outbreak in the future. Their model was the Centers for Disease Control and Prevention (CDC) in the United States. China created a similar organization, set up district offices, and expanded its research centers. The representative of this Chinese version of the CDC stated in 2019 that “no outbreak like SARS would ever occur in China again.”

The outbreak of SARS caused a tremendous uproar because no preparations had been in place and it occurred at the time a new government was coming into power. It is a serious cause of concern for China that a similar outbreak has recurred this time, despite that previous experience and the system put in place in its wake. I think this reveals China’s organizational limits.

The fundamentals of the state organization in China is that orders from top officials quickly penetrate down to the lower governmental layers. The regime of Xi Jinping has sought to strengthen this tendency. The problem with this system is that if something goes seriously wrong, the lower levels of government are unable to act autonomously. Those levels and the intermediary organs do not act without instructions from the top. In other words, the outbreak of a serious problem reveals that China’s governmental organization does not function well from the bottom up.

Another problem is that the most important thing in China is politics. Politics is so important that it is even a primary theme in Chinese literature. Although COVID-19 was spreading in Wuhan, the epicenter of the outbreak, the primary concern there remained the political sphere. More specifically, the concern was ensuring that the local People’s Congress, in preparation for the National People’s Congress in early March, would go smoothly. Just as the number of patients infected with the virus was skyrocketing, the local congresses in Wuhan and in Hubei province were being held in January.

Since a major outbreak of COVID-19 in Wuhan would have threatened the holding of the local People’s Congress, the city and provincial authorities felt compelled to downplay the seriousness of the situation. This resulted in a steady spread of infections. At the time of the Chinese New Year, in late January, nearly half the Wuhan’s population, or roughly five million people, departed for holiday without objection from the city mayor. The virus was thus carried to other parts of the Chinese mainland and around the world, leading to today’s pandemic.

The Chinese government had, however, created a system to block the spread of infection. On orders from the top officials, China entered the next phase of its response, displaying its strengths. President Xi Jinping decided on the main policy of the Politburo, and next a working group led by Premier Li Keqiang was formed. Members of the group were dispatched as squads to all of the Chinese provinces, establishing a mechanism for the central government to supervise the response.

After that, China moved efficiently and was rapidly able to stop the spread of infections. One thing that helped was the country’s “surveillance society.” Widespread facial recognition systems provided voluminous data on who went where and did what. So it was possible to know immediately if someone was not following the instructions from the center. Authorities could also find out about the infected and those they were in contact with, so as to easily clarify routes of transmission. Ironically, that draconian surveillance society proved beneficial in this situation.

Another important factor was the cooperation of the people to stop the spread of infection. The decision to block off the city of Wuhan and Hubei province, with their populations of roughly 11 million and 60 million, was made by the Chinese Communist Party, but it could not have been done without the cooperation of the residents.

Having a Health Expert as Vice President Saves Taiwan

The Chinese Communist Party, recognizing that the initial response was a failure, had to apologize to the Chinese people, but in Taiwan appropriate measures were taken from the start and the spread of infection was effectively halted. This was because Taiwanese Vice President Chen Chien-jen is a trained public health expert who served as minister of health in the government of Chen Shui-bian during the SARS outbreak.

During the SARS outbreak, Taiwan had multiple infections occur inside hospitals that led to a string of deaths totaling 71. From that bitter experience, the Taipei government overhauled its system of preventive methods. In late January of this year, Taiwan placed limits on the entry of Chinese nationals, and in early February issued a complete entry ban. The strong measures taken by Taiwan at the early stage were decisive and won praise from many quarters.

(Originally published in Japanese based on a March 12, 2020 interview; written and edited by Saitō Katsuhisa. Banner photo: President Xi Jinping visits a hospital in Wuhan, Hubei province, the epicenter of the COVID-19 outbreak, on March 10, 2020. © Xinhua News Agency/Aflo.)