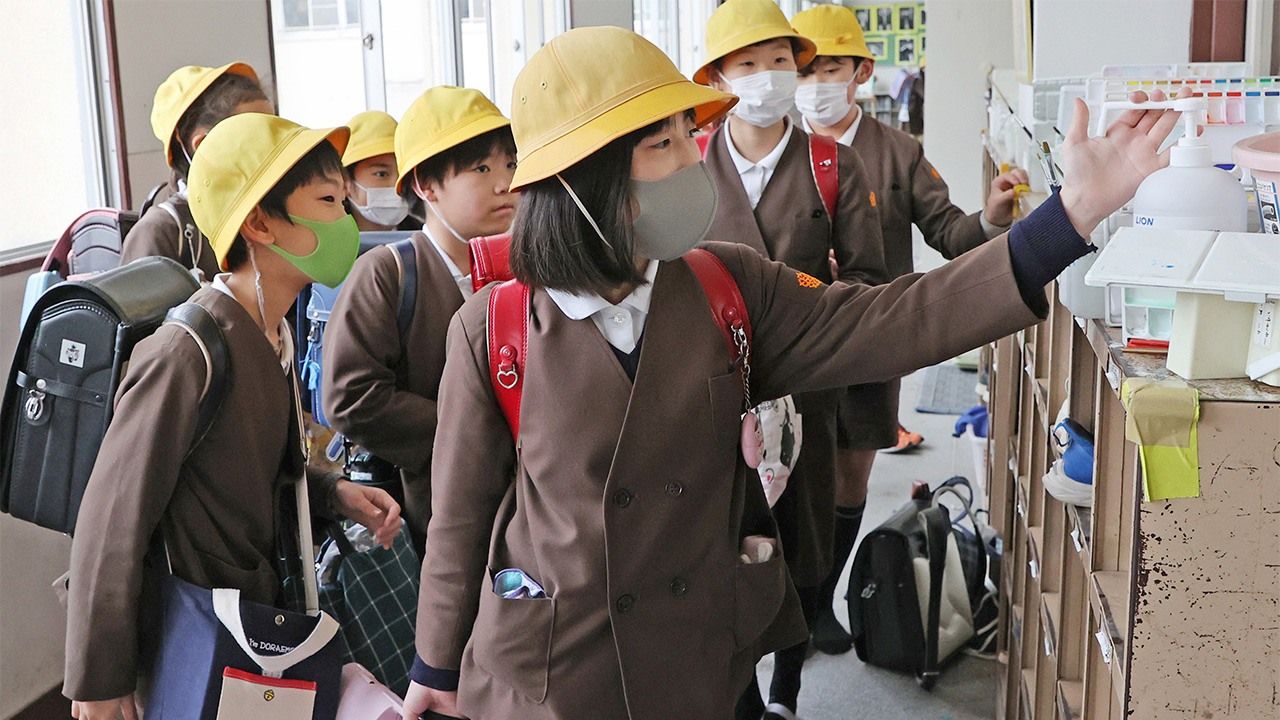 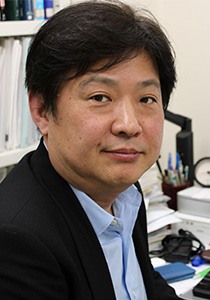 Professor at St. Luke’s International University. Earned his PhD in health science; specializes in health sociology and health informatics. Studies how normal citizens, patients, and medical professionals make healthcare decisions based on available information and how practitioners inform patients about their choices of care.

In the early weeks of the COVID-19 outbreak in Japan, social media was abuzz with advice, much of it erroneous, on ways to stave off the contagion. False claims that drinking warm water or using traditional Chinese remedies would eradicate the virus made the rounds, as did unscientific allegations that immunity could be bolstered by eating foods like nattō and yogurt, leading to panic buying of these products. Fanciful rumors also swirled about the government’s response, such as reports that the health ministry was filling the shortage of facemasks by busily producing cloth versions emblazed with the Japanese flag.

Similar scenarios have played out in other countries affected by the virus, forcing governments to ramp up information-sharing efforts and testing the public’s ability to vet the accuracy of claims shared on social media and websites. Health science expert Nakayama Kazuhiro says the situation in Japan has been further compounded by the lack of government sites where citizens can find accurate, up-to-date information about the coronavirus. For starters, Japan has no public health agency comparable to the CDC, the US Centers for Disease Control and Prevention, a state of affairs that, as he points out, puts citizens at greater risk of falling victim to misinformation. “Without an institute like the CDC providing public guidance on how to respond to health threats,” explains Nakayama, “people end up turning to nonofficial channels.”

This is not to say the government has not stepped up to provide guidance. Nakayama notes that the Ministry of Health, Labor, and Welfare quickly took to social media platforms like Twitter after the first Japanese case of COVID-19 was discovered on January 16, posting preventive advice like reminding people to wash their hands. However, he notes that such efforts were overshadowed by frenetic media coverage focusing on details like the number of positive cases and deaths. “The public reacts to what it sees and hears,” explains Nakayama. “If presented with practical advice, people take actions that lower their risk of getting sick. But as we saw with the panic buying of things like masks and toilet paper, when inundated with information that is hard to objectively evaluate, people fear for their wellbeing and start to behave irrationally.”

Nakayama points to the Japanese media’s limited understanding of risk communication while reporting on events. “It’s critical that coverage be balanced and easy to comprehend,” he explains. “Providing grisly data on patients and mortality rates is fine, but such details should be accompanied by the number of people who have recovered so the public understands that the situation, while serious, is not hopeless.”

The coronavirus pandemic has highlighted the importance of health literacy—the ability to acquire and process healthcare information to make sound health decisions. The public is besieged constantly by information about the virus, and the ability to sort fact from fiction is crucial if people are to make sound health decisions.

To evaluate Japan’s health literacy level, Nakayama in 2014 used a Japanese-language version of a European questionnaire to survey 1,054 people aged 20–69. Participants were scored on their ability to access, understand, appraise, and apply health information in the three areas of healthcare, disease prevention, and health promotion. Nakayama then compared the results of the 47-question survey with those from eight European countries, including Germany, the Netherlands, and Spain.

Of particular note, 73.2% of respondents in Japan found it difficult to determine the reliability of information in the media and on the Internet, compared to an average of 49.7% in Europe. While Nakayama admits that the ongoing COVID-19 pandemic might well produce very different figures in Europe than the older data he used for his comparisons, he says that the findings clearly illustrate a tendency for the Japanese public to be insufficiently critical of claims, even as people increasingly get their information from diverse online sources.

He points out that many people are in the habit of mindlessly sharing posts they see online, something he stresses propagates rumors and hearsay. To battle the spread of false information over the Internet and social media, Nakayama drew up a simple five-point checklist for judging the trustworthiness of content. According to Nakayama, people should check: (1) whether the author is a known specialist or an anonymous figure; (2) if the same information can be found on other sites; (3) whether claims are based on facts or a person’s opinion; (4) whether the purpose of a post is to inform or persuade; and (5) if the information is up to date. In addition, he advises that people take the simple step of checking whether there are links to other sources, although he admits that few people do this and fewer still click those links before passing posts on.

Nakayama says an issue compounding the problem is that few Japanese medical workers have the training to effectively share health information with the public. While research into health communication has made strides overseas, with countries like the United States at the forefront of training specialists in the field, Japan has been slow to follow suit. “There are woefully few professionals on the front lines or in leadership roles who are able to break down healthcare issues for the public in simple-to-understand terms,” he explains, a state of affairs the coronavirus crisis has made glaringly apparent.

The problem is not confined just to the healthcare industry. Japan has no national online platform where citizens can easily obtain up-to-date and accurate information. In the United States, for example, the National Library of Medicine, part of the National Institute of Health, operates Medline Plus. This online service offers a comprehensive range of health information, including a medical encyclopedia with thousands of articles. The NLM also runs the free search engine PubMed, where members of the public can search a database of life science and biomedical research papers, a service regrettably absent in Japan.

Japan’s failure to provide easy access to information puts the public at a dangerous disadvantage. The World Health Organization publishes data about COVID-19 on its website in the six official languages of the United Nations—Arabic, Chinese, English, French, Spanish, and Russian—but not in Japanese. However, there are nascent efforts to bridge the language barrier, such as by Kyoto University professor and Nobel laureate Yamanaka Shin’ya, who in March launched an independent website that provides basic information about the coronavirus in Japanese. Updated frequently, the site takes an evidence-based approach, categorizing the wide-ranging theories and claims about the virus into groups with headings like “backed by data,” “needs more evidence,” and ”hard to prove.” Nakayama says that while he respects Yamanaka’s efforts to bring clarity to the disparate voices, at the same time he hopes that experts who take to social media to lament the lack of a national portal for information on the coronavirus pandemic will do more to present their concerns to the government.

Noting that people’s healthcare decisions can severely impact the quality of their life, Nakayama underscores the importance of providing proper health education from a young age. “People typically seek out information that conforms to their preconceptions and disregard that which does not,“ he says. “If we promote critical thinking skills early on, though, people will be better able to weigh medical information, empowering them to make informed health choices that suit their lifestyle as they age.”

Along with developing individual competency, Nakayama says that more needs to be done to build a supportive environment, including improving health literacy among healthcare practitioners. “There’s a strong tendency in Japan for patients to leave their care completely in the hands of their doctor,” he explains. “The feeling among physicians, too, is that they’re the medical experts and know what’s best.” Nakayama contends that the time has come to put such antiquated views to rest and place patients in charge of their own healthcare decisions. “This requires anyone who provides health information and services to be trained in explaining, objectively and in simple terms, the available options and the potential outcomes of any decision. If a patient doesn’t understand what the doctor is saying, then a nurse or other staff member must be able to step in and provide support.” He contends that while Japan is making headway, it is still in the early stages of creating a system for training healthcare workers in health literacy skills.

One area that Nakayama is focused on is developing patient decision aids. Widely adopted in Western countries for facilitating active participation by patients in health decisions, these tools can be modified to fit the Japanese healthcare setting. Decision aids make it easier for healthcare professionals to discuss treatment options with patients and facilitate shared decision making that takes into account personal values and preferences. For instance, arming a breast cancer patient with qualitative information such as options, benefits, and risks enables her to make informed choices when considering a procedure like a radical mastectomy.

Nakayama warns that Japan stands at a crossroads. Looking beyond the current coronavirus outbreak, he says: “Society will benefit in the long run by fostering an approach that empowers patients to make health decisions based on their own values.” But society must choose to move in that direction, he stresses. “New diseases will appear and the number of people suffering from chronic ailments will increase as Japan grays. Bolstering health literacy changes the focus from making the ‘right’ decision to enabling individuals to make the best choice according to their personal circumstances.”

(Originally published in Japanese, based on an interview by Itakura Kimie of Nippon.com. Banner photo: Mask-wearing elementary school students in Osaka disinfect their hands with alcohol before heading home during the COVID-19 outbreak. Taken in February 2020. © Jiji.)