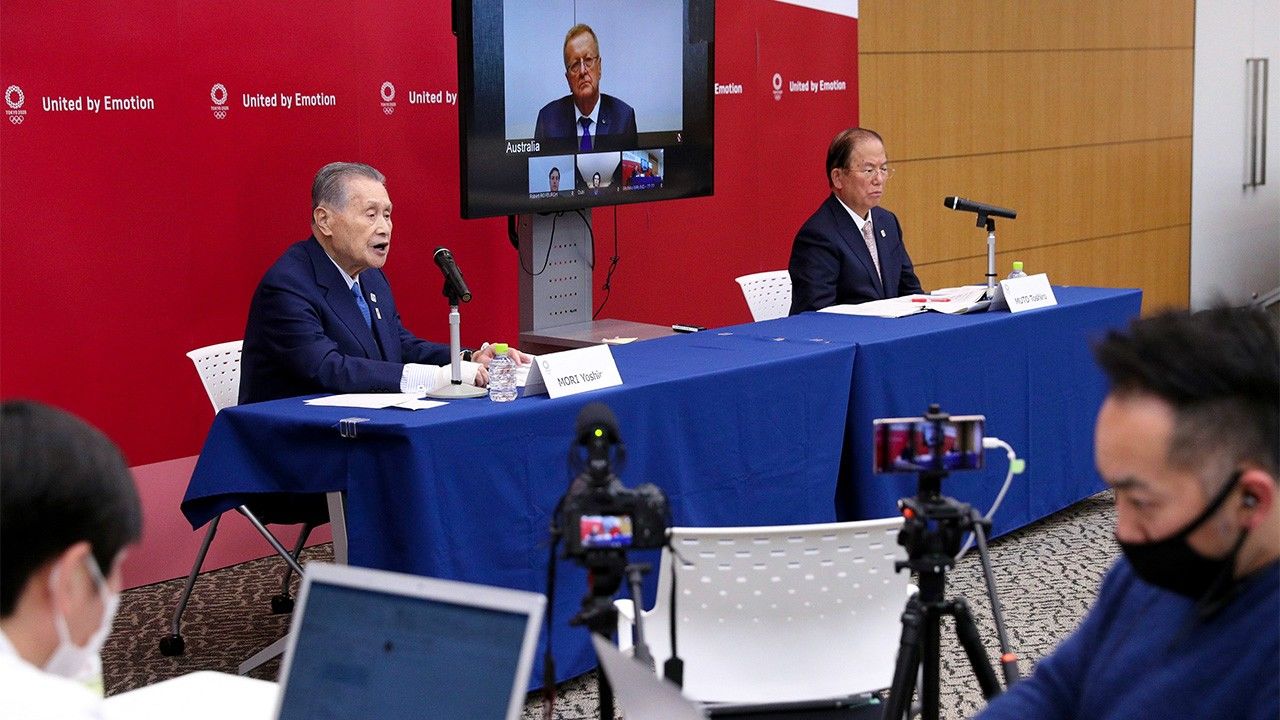 Economy Tokyo 2020 Sports May 1, 2020
The COVID-19 pandemic has resulted in the one-year postponement of the Tokyo 2020 Olympic and Paralympic Games, dealing an unanticipated blow to Japan’s economy. Demand associated with the Games was helping make up for the dip in consumption resulting from the coronavirus pandemic in its early days, but now that Olympic bulwark has been washed away. Are we in for another whole year of economic pain?

Hopes of an Olympic Pick-Me-Up Dashed

The decision to postpone the Olympics was the result of not only the COVID-19 risk within Japan, but also the fact that much of the rest of the world is currently in the grips of the pandemic, and in no state to be participating in sporting tournaments. It follows that the global elimination of the virus by July 23, 2021, is a condition for the Games kicking off on that date. In addition to achieving the elimination of new infections, all countries will likely be required to implement measures to prevent the spread of fresh outbreaks of the virus. Therefore, while one year might sound like a long time, considering the work ahead of us, it will go by very quickly.

Before the COVID-19 pandemic, it was hoped that the influx in overseas visitors for the Olympics could be leveraged to further accelerate Japan’s economic growth. Sadly, the coronavirus crisis has left this vision in tatters. There is no hope of meeting the goal of 40 million overseas visitors for 2020, and even when inbound tourist numbers do recover, we can no longer be confident in hitting the 2030 goal of 60 million. The coronavirus has made it clear that the Olympics was being used as a symbol of continued economic growth: it remains to be seen whether Japan’s growth prospects can be returned to precrisis levels in the space of just one year. The difficulty of the task can be appreciated if you remember that in March 2012, one year after the 2011 earthquake and tsunami, economic confidence had yet to recover. Put another way, now that the Olympics have been postponed, we have to be clearer than ever about positioning them as a springboard for economic rebound.

Differences with the Great Financial Crisis

In order to overcome the economic crisis precipitated by coronavirus, we first need to understand what is going on. While the COVID-19 pandemic is often compared to the financial crisis of 2008–9, there are in fact many differences. In 2008, a crisis triggered by the failure of major US securities firms crippled the credit market, causing a dramatic slump in international trade. In Japan, the manufacturing sector suffered a direct blow, and layoffs in that sector led to worsened job security and a decline in consumption. The government responded by ramping up public works projects to provide employment for those who had been laid off.

This time, however, the drop in consumption is the result of a fear of coronavirus infection. The formula:

shows us that a dramatic decrease in consumer activity (consumption/income) will result in a greater decrease in consumption than a reduction in income itself. This is because as long as consumers are staying home out of fear of catching the virus, they will not be spending money on leisure activities or pastimes. Unlike the great financial crisis, the coronavirus pandemic has struck a direct blow to consumer sentiment.

The next sentence may sound surprising coming from an economist like me. I believe that as long as the fear of infection remains, consumers will not start spending again. Their fears will not be allayed until there is a vaccine and the public is confident that their communities have been thoroughly tested and everyone is negative. At the heart of the issue is a medical problem.

In fact, the government realizes that as long as the COVID-19 risk remains high, traditional economic strategies will not be effective in stimulating growth. I expect the government aims to make gradual gains, starting in the next phase of the pandemic, when the medical response has started to show results. Consider cash grants to households, for example. In the current phase of the pandemic, a high level of concern about the virus means consumers are likely to save their grants rather than spend them. However, while the grants will do almost nothing to stimulate consumption right now, they will be saved for use in later purchases, and will also be used to compensate for future drops in income. In other words, the grants are a kind of welfare payment. I am not opposed to the use of cash grants as a safety net to help the economically disadvantaged: Grants and subsidies help prevent corporate bankruptcies and layoffs and increase the likelihood that consumption will rebound.

The economic policy the government is attempting to implement contains many measures that aim to enhance business continuity and maintain employment. By buying time, the policy helps the government prepare to “go on the offensive” once the pandemic is over. While the government is unable to directly stimulate consumption right now, the authorities are likely considering what the next-best thing is that they can do for the economy, so that they will at least be able to accelerate the eventual recovery.

In short, the government is envisaging a two-phase approach to getting the economy back on track: first, cash grants to support livelihoods and “slap a tourniquet” on the economy while COVID-19 still poses a significant risk, followed by a coupon and voucher scheme to stimulate demand once the pandemic has subsided.

Previously, economists feared that as soon as the Olympic cauldron was extinguished in August 2020, and the Paralympics came to an end in the following month, the Japanese economy would lose its focus and stagnate. When you think about it, this risk remains, irrespective of the Games’ postponement. It follows that we now need a new focus on implementing policies today to anticipate the post-Olympic economy and create sustainable growth. We need to work in ways that are compatible with Japan’s long-term challenges—the shrinking and ageing population and the decline of the less populated regions—and that enable lasting economic growth.

I believe that we should be ramping up the use of technology in industry in order to improve economic productivity. For example, the pandemic has brought about greater demand for remote working arrangements. COVID-19 has also created overnight demand for distance education, as well as online medical consultations, which eliminate fears of catching coronavirus at the doctor’s office. A higher uptake of these technologies will also help Japan combat the difficulties of maintaining public services in a country with a shrinking and ageing population. The pandemic has made us realize that had our society been more technologically advanced, we would have been better prepared to cope with the current crisis. I believe we should use COVID-19 as a catalyst to drive a long overdue transition toward smart industry. Ideas that will turn adversity into opportunity are needed to create a new economic vision.