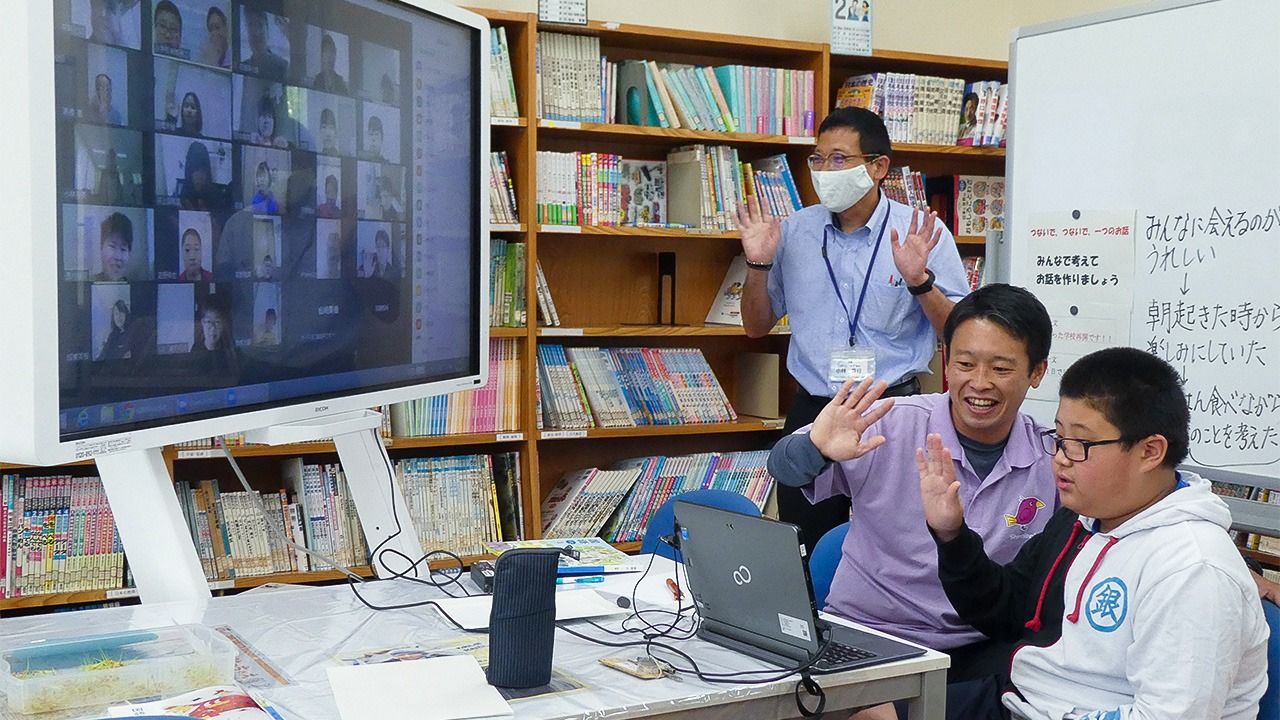 Online Learning in the Age of Coronavirus

On Thursday February 27, Japanese Prime Minister Abe Shinzō asked schools around the country to close from Monday March 2 until the beginning of the new school year, beginning in April in Japan. While the sudden request took both schools and administrators by surprise, we complied to help prevent the spread of COVID-19.

In addition to my position as a professor of education at Chiba University, for the last two years I have also served as principal at an affiliated junior high school. When the prime minister made his announcement, I discussed the matter with the relevant university staff, before deciding in my capacity as principal that our school should close from the beginning of March, as instructed. This meant that our students only had one more day left of school: Friday, February 28. We asked the children to come to school an hour later on that day to avoid crowded trains. Meanwhile, all teachers met early that morning to discuss how to handle the situation. After some discussion, we decided how we would structure the last day of school, and what we would do while school was closed.

We decided that Friday’s scheduled classes should be cancelled. Instead, we would spend the day returning the end of term tests and telling the children how things would work during the stay-home period, Also, in lieu of the end-of-term send-off we had planned for our third year students, we held a whole-school assembly via the PA system, with students in their respective classrooms. We had decided that we wanted to do everything possible to help both the ninth graders who were graduating, as well as the seventh and eighth graders who would be returning.

Our distance learning program kicked off on March 2. I implemented a suggestion from a teacher—one that was both immediately implementable and effective—whereby the students would check the school website every weekday morning at 9:00 am for messages for their grade and homeroom and assignments for their subjects. This approach meant that teachers needed to prepare their resources the day before so they could be uploaded by 9:00 am. While this involved a sacrifice on the part of the teachers, they all found innovative solutions to the challenge, and in general conducted their lessons using text-based resources. We also provided a web form that students could use to submit work and contact their teachers.

While some would say that online, interactive lessons would have been preferable, both our teachers and our students would have been unprepared for this. In fact, most of our teachers had never participated in a teleconference, and I felt most students’ home environments would make logging on at a designated time difficult. I therefore decided that imposing online lessons on the children all of a sudden would simply cause problems and disruption. On the other hand, having teachers post textual information online for their classes to read is relatively straightforward. I believed those children who did not own a device would be able to borrow their parents’ for the few minutes each morning it takes to check the website.

When school closures were subsequently extended, we stuck with our approach of having the children check the website every morning at 9:00 am, but boosted the tuition we provided. We also loaned tablets to those students who did not have their own devices, so that everyone could be tutored remotely. We later introduced an experimental, interactive online class, in which many students participated, and streamed science experiments and other videos. Our approach attracted attention and was widely reported in the media. The head of a municipal board of education even contacted me wanting to emulate our strategy. At a difficult time for our students, I believe the regular updates from the school made a big difference.

Distance Learning Struggles to Take Off

A glance at educational institutions around the country, however, shows that schools like ours that provided information in frequent installments were in the minority. Many schools simply handed each student a pile of books and assignments to be completed by the end of the holidays, and did not offer any day-to-day follow up. This approach could exacerbate an issue we are seeing increasingly these days, where children do not want to return to school after the break because they haven’t finished their holiday assignments.

The reasons that Japanese schools did not widely embrace distance learning during the coronavirus outbreak are as follows. Firstly, schools in Japan make little use of information and communications technology. There may be computers in classrooms, but they are generally not used by students as part of their daily class work. And while students at many schools use smartphones, tablets, and other devices in class, they have little experience with using computers to write essays. In fact, a 2013 study conducted by the Ministry of Education, Culture, Sports, Science, and Technology found that the average fifth grader is able to input only 5.9 characters per minute. Even for eighth graders, the rate is a mere 17.4. Neither teachers nor students are conversant with ICT.

Another issue is that schools in the public system feel the need to conform. While during the coronavirus pandemic, some private and national schools made an independent decision to actively implement online learning, teachers and schools in local public systems are reluctant to do things differently from their peers. Things might have been different if the instructions had come from a board of education, but during the coronavirus pandemic, most boards seem to have decided that it would be too difficult to have all the schools in their jurisdiction provide a uniform level of online instruction, as only a handful of boards instructed schools to implement such measures. If schools had felt more comfortable about starting off small and just doing what they could, more of them would probably have embraced online learning. Unfortunately, their desire to conform prevented them from doing this.

Finally, Japanese schools have a strong preference for doing things face-to-face. Staff and students are required to be considerate of others and look others in the eyes when talking to them. Even in this Internet age, schools see online communication as undesirable, and the philosophy that classes should ideally be taught face-to-face is deep-rooted. This culture means that online learning is seldom welcomed.

An Opportunity to Question our Assumptions

It should be acknowledged that as students have stayed home, an increasing number of teachers who were unenthusiastic about ICT in the past actively implemented interactive learning methods. With further coronavirus outbreaks expected, there is now a wider appreciation of the need to provide full classes online. Distance learning is also delivering unexpected benefits because, whether text-based or online, its format enables dispassionate and rational discussion that face-to-face communication does not. It is also more readily accessible to students who, while they may not actually be truants, dislike school and feel uncomfortable in regular classes.

In light of the above, I think there is a good chance that the shift to online learning will cause people to question their assumptions about education, as well as serving as a catalyst for future change. I hope people will see the pandemic as a rare opportunity to transition to a new style of education that is more accepting of diversity among students, schools, and teachers.

(Translated from Japanese. Banner photo: A group of 25 sixth graders at Shingō Dai-2 Municipal Elementary School in Hanyū, Saitama, are happy to be reunited over Zoom on May 21, 2020. © Jiji.)