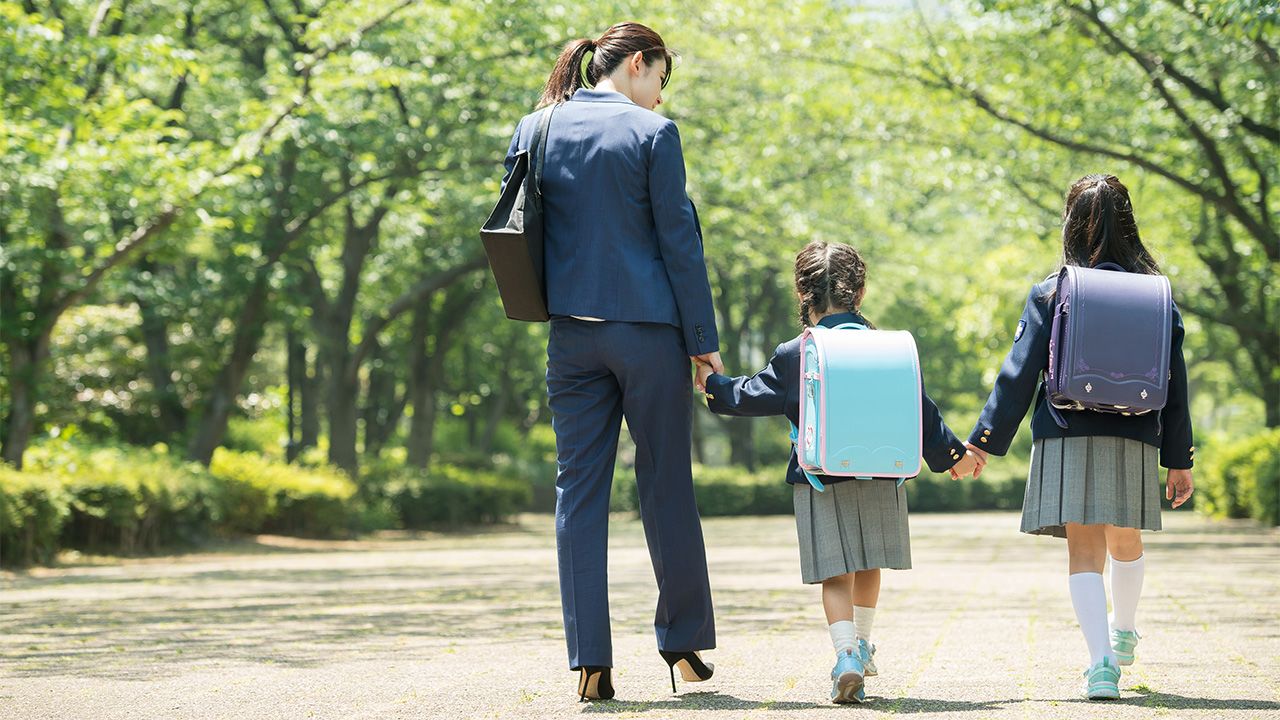 Politics Society Education Aug 20, 2020
With the words “we should not decide hastily,” Education Minister Hagiuda Kōichi effectively rendered dead in the water a proposal to shift the beginning of Japan’s academic year from April to September. But why was a proposal that had garnered such wide support from politicians nationwide, and even the prime minister, ultimately doomed to fail?

Here one day, gone the next—it was the classic political fad. In spring, as Japanese schools remained closed due to the coronavirus pandemic, it was proposed that the new school year should begin in September, rather than April, to let students avoid the loss of half of a school year. While the proposal gained significant traction, with everyone from prefectural governors to Diet members weighing in, less than 40 days later the government had rejected the proposal, deeming an immediate switch to a September academic year to be too difficult. While the government subsequently said that it would continue to review the matter, debate on the subject has all but dried up, like a receding tide. But just why did an idea that had the potential to fundamentally change Japanese society fizzle so quickly? Let us revisit the case.

On April 19, as school closures due the coronavirus pandemic dragged on, a third-year high school student, worried about upcoming exams, started an online petition to change the start of the Japanese school year from April to September. Perhaps in sympathy, Miyagi Governor Murai Yoshihiro echoed the proposal at an April 27 press conference. In a video conference attended by all Japan’s prefectural governors the following day, the proposal was endorsed by several others, including Tokyo Governor Koike Yuriko. The mood at the conference was that only a “stick in the mud” would oppose the proposal.

The day after that, Prime Minister Abe Shinzō, replying to a question in the Diet concerning a September start to the academic year, suggested that the government would explore all options. Abe did, however, hedge his comments in noncommittal, bureaucratic language. In fact, Abe himself had proposed a September academic year back in 2006 in his book Utsukushii kuni e (Toward a Beautiful Country). When, shortly after that book came out, Abe first became prime minister, he proposed the creation of a September enrollment quota at government and municipal universities. That track record led many to interpret the premier’s comments as evidence that he was serious.

A midyear start to the school year is the norm in industrialized countries: the academic year generally starts in September in Britain, France, and the United States, and August in Germany, for example. Switching to a September school year would make life easier for Japanese students who travel abroad to continue their studies, change the way prospective graduates go about looking for work (most employers hire new graduates in April), and precipitate inevitable reforms in ways of working. It would also affect the political and government spheres, which generally operate on an April to March fiscal year.

I myself have long felt starting the academic year in autumn was a good idea. I also believed it would take an event like the coronavirus pandemic to change this long-established Japanese institution. However, the Ministry of Education, which has jurisdiction over the matter, was consistently disparaging about the proposal, with officials saying, “the more closely you examine the proposal, the more you see that it would not be workable.”

Starting the academic year in autumn is by no means a new idea. In fact, until the early 1900s, Japanese universities followed Europe’s example by starting their academic years in autumn. Some say that the date only switched to April in the Taishō era (1912–26) because military draft notices were sent out in spring. Much later, in 1984, then Prime Minister Nakasone Yasuhiro—advocating a bold new approach to politics that broke free from the postwar regime—established a committee within the Provisional Council on Education to review the timing of the academic year, with the aim of reforming Japan’s schooling system. In doing so, he kicked off genuine debate into the possibility of a September start to the school year. I remember some media at the time tried to generate interest by asking readers whether they would rather start their year when the cherry blossoms were in bloom or the cosmos were in bloom. 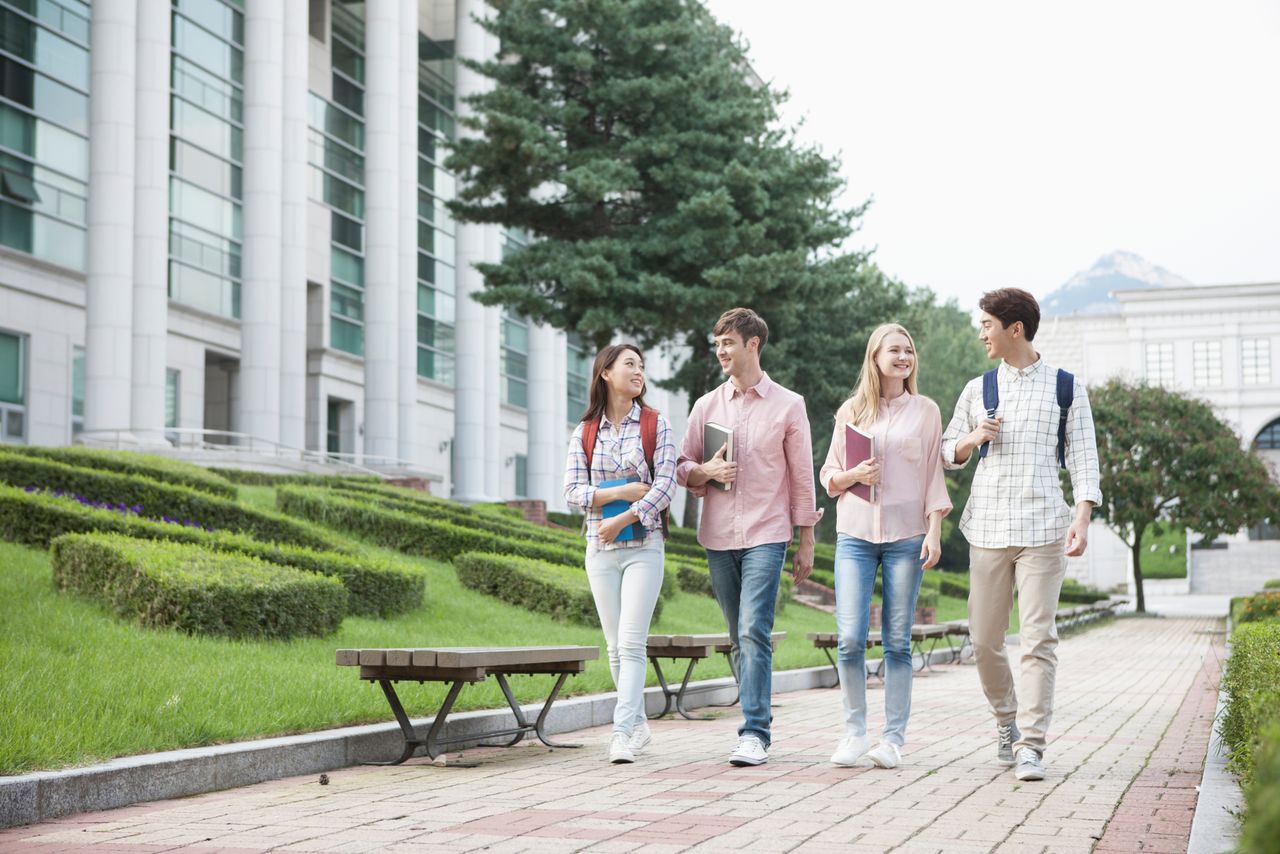 In most countries the school year starts in September. (© Aflo)

In 1984, it was the Finance and Education Ministries that stymied the business community’s calls to internationalize the education system, citing the increased financial burden on central and local governments. If new entrants with birthdays falling between April and August were not allowed to start elementary school until the September of that year, the preceding school year would end up being 17 months long, putting pressure on both classroom and staff resources, they said. While a phased option was also discussed, in which the first academic year after the change would start in June, and subsequent years would start in September, in the absence of a clever plan for mitigating the disruption the change would cause, the proposal was shelved, only to reappear briefly every few years.

In 2020, the debate has played out substantially the same way. The cost to central and local governments is not the only issue. The Ministry of Education released an estimate that switching to a September academic year would create additional costs for families with children to the tune of ¥2.5 trillion by the time those children had completed primary and secondary education. The change would also initially mean young children spent longer at nursery schools and kindergartens, meaning even more children on the day-care waiting lists.

While a five-year transition period was proposed this time too, on June 1, the hastily established LDP working group led by Shibayama Masahiko and other former education ministry officials ultimately agreed to forego any decision on the matter. Education Minister Hagiuda, who had been against the change from the beginning, naturally agreed, and the Prime Minister accepted the decision. On the face of it, that’s what happened.

I should also discuss the political aspects of this matter. In the vanguard for the argument against an autumn start to the school year was Maekawa Kihei, a former vice minister of education. Maekawa is known for testifying that the “work of government had been perverted” in relation to the scandal surrounding Kake Gakuen, the school said to have secured permission to launch a new veterinary department thanks to its connections with Prime Minister Abe, and more recently for becoming even more outspoken in his criticism of Abe himself. In fact, Maekawa strongly opposed the politically driven request for all schools to close during the coronavirus pandemic in the first place.

Maekawa’s stance has led some to see the issue as one of pro- versus anti-Abe. Indeed, one does get the feeling that the Prime Minister and governors leapt at the September proposal to divert attention from dissatisfaction being experienced by parents, who were made to shoulder the burden of children being sent home. It is true that neither Prime Minister Abe nor the governors could come up with any reasoned rebuttals to the Education Ministry’s criticism. 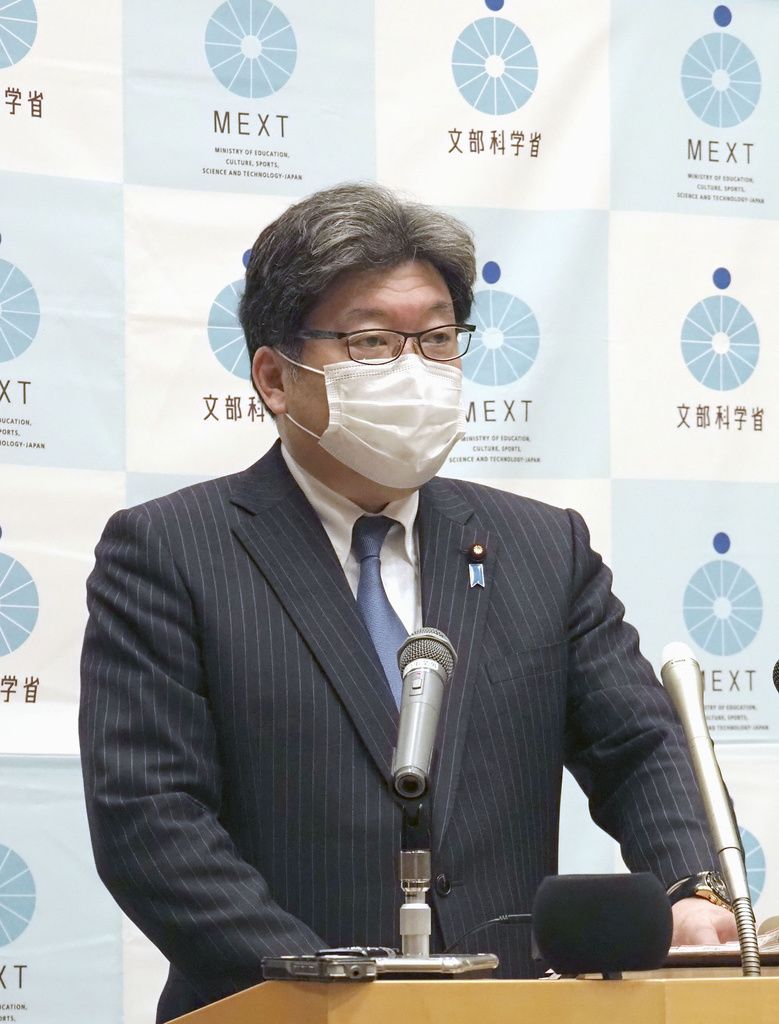 Education Minister Hagiuda said at a press conference that he “did not envisage any immediate change,” effectively shutting down debate on a September academic year. (© Jiji)

However, more notable is the fact that both Hagiuda, who was opposed to the proposal all along, and Shibayama, a former minister of education and a member of the LDP working group, are both known to be advisors to Prime Minister Abe. In what is characterized as a one-man government, it takes guts to come out against the Prime Minister’s position. And yet, while Hagiuda and Shibayama were certainly influenced by the Ministry of Education, the fact that even these advisors to the prime minister were so matter-of-fact in their dismissal of the proposal forces us to accept that Abe’s “one-man government” is not what it used to be. These developments appear to be not unrelated to the current political climate.

The academic year saga also goes to show just how difficult it is in Japan to change long-established institutions. Of course, we must not forget students in their last year of high school who are worried about their impending university entrance exams. As one would expect, action is being taken to help these students, including by rescheduling the standardized tests.

Whether it’s problems with online classes or some other issue, COVID-19 has shown us all just how far Japan lags behind the rest of the world. Above all, it goes without saying that the prime minister, Diet members, bureaucrats, and prefectural governors should be doing more to put children first.