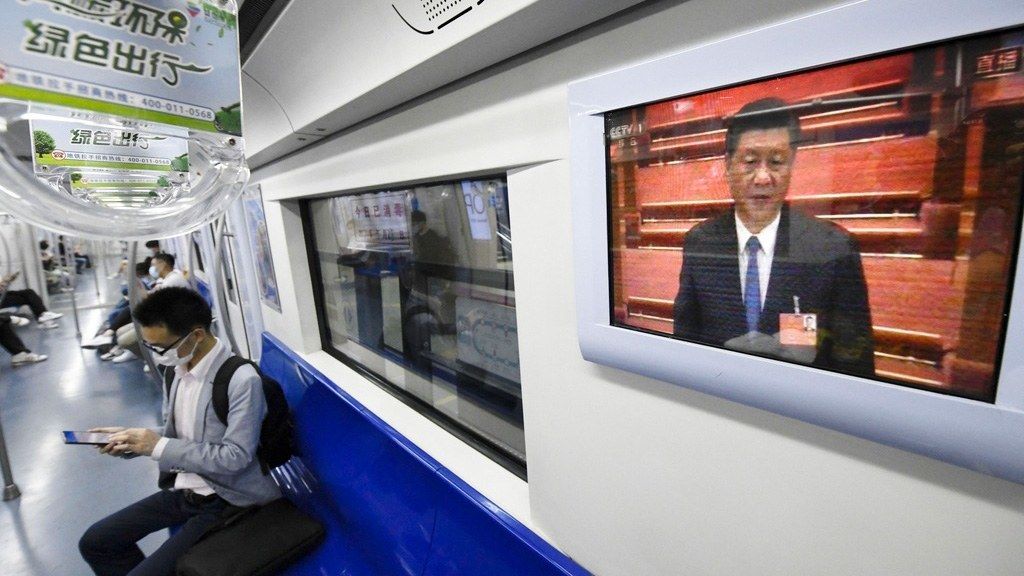 China’s Leadership Girds Up for the Post-COVID Era

Politics Aug 24, 2020
China’s leadership is approaching the coming “war of endurance” against the coronavirus as both a threat to security and a catalyst for global change, suggests China watcher Kamo Tomoki.

As governments around the world grapple with the COVID-19 pandemic, their success or failure has become an index of their capacity to govern. As a consequence, authoritarian regimes are treating the public health crisis as a challenge on which their very legitimacy hinges.

The Chinese regime of President Xi Jinping was the first to confront the challenge. After stumbling badly in its initial response to the outbreak, Beijing has attempted to seize control of the narrative, trumpeting the “strong leadership” behind the nation’s “major strategic achievements in fighting the virus.” China’s leaders will doubtless continue to push and embellish this triumphant narrative as a means of enhancing their own prestige and power. Of course, they have not actually fought off the coronavirus. They have merely settled into the next phase, a war of endurance.

How does China’s leadership view the fight against the coronavirus in the context of its broader domestic and international challenges? The answer to this question can shed light on the more fundamental issue of Beijing’s vision for a post-coronavirus world. In the following, I will endeavor to illuminate the current regime’s understanding of the pandemic’s impact and its implications for the future, drawing primarily from statements issued during the third session of the 13th National People’s Congress, or 2020 NPC, held in May this year.

To understand Beijing’s view of the COVID-19 crisis and its impact on domestic policy, we should start with a basic question: Who are the heroes responsible for subduing the coronavirus? The answer is provided in the Report on the Work of the Government, delivered to the NPC by Premier Li Keqiang on May 22, 2020.

In its discussion of the COVID-19 crisis, the Government Work Report states up front that General Secretary Xi Jinping “has personally taken charge and planned our response.“ It goes on to praise the top-down coordination of the response by units under the Central Committee of the Communist Party of China (CPC) and the State Council (both under Xi Jinping’s leadership). It also applauds the success of the ”all-out people’s war against the virus,“ waged with the cooperation of ”people from all sectors of society,“ including medical workers, military personnel, and scientists and researchers.

Most interesting, perhaps, is the inclusion of “community workers” and “volunteers” among the actors that contributed to this society-wide campaign. This is noteworthy because no such mention was made in the work reports of March 2004 and March 2009, which detailed the response to the 2003 SARS (severe acute respiratory syndrome) outbreak and the 2008 Sichuan earthquake, respectively—even though studies have shown that volunteers played a significant role in the response.

Community workers and local volunteers embody governance at its most basic, grass-roots level. Opinion is divided as to the significance of their appearance in this year’s Government Work Report. One view is that the reference merely serves to illustrate how faithfully people at every level of society performed their assigned duties under China’s one-party system. But it could also be interpreted as an admission that the top-down leadership of the CPC Central Committee, supported by the official government and military apparatus, was inadequate to the task of controlling the epidemic. In this sense, the 2020 Government Work Report can be taken as an acknowledgement that the party’s power is no longer absolute.

In fact, cooperation from community workers, volunteers, and other grass-roots actors—known as shehui liliang, or “social forces,” in China—is pivotal to the kind of public-health policy needed to control an epidemic at the community level. I would argue that the COVID-19 crisis has taught the party leadership that it cannot afford to ignore these grass-roots actors if it wishes to maintain control. But this realization in itself poses a dilemma. Ever since China chose the path of “reform and opening” in the 1980s, successive governments have wrestled with the inherent conflict between a monolithic, centralized, top-down governing apparatus and the social pluralism attending rapid economic growth and development. In the latest Government Work Report, we can see the specter of an ever-deepening conflict as the war of endurance against the coronavirus drags on.

From Growth to “Employment First”

The May 2020 Government Work Report attests to another structural conflict as well.

As has been widely reported, the authors of this year’s report suspended the customary practice of setting quantitative targets for economic growth. By way of explanation, they noted that “our country will face some factors in its development that are difficult to predict due to the great uncertainty regarding the COVID-19 pandemic and the world economic and trade environment.” But for Communist China, this omission signals a fundamental change in the terms of the “implicit agreement” between the rulers and the ruled. Until now, the achievement of successive growth targets has been one of the key accomplishments supporting the CPC’s autocratic rule. The COVID-19 pandemic has forced China’s leaders to seek support from some other criterion of economic success.

From the May 2020 Government Work Report, we can gather that the new criterion is to be jobs. Out of 89 goals for improvement, 31 pertain to employment or people’s livelihoods. At his press conference immediately after the close of the 2020 NPC, Premier Li Keqiang underscored this shift in emphasis. “Employment matters the most in people’s lives,” he stated. “Of all the comments posted by netizens on the Chinese government portal website, some one third are about jobs.”

But meeting expectations in this realm will be no easy matter. The challenge is to support stable employment while simultaneously controlling the coronavirus. One requires increased economic activity, while the other involves limitations on movement and interpersonal contact. The two biggest policy challenges facing the government are essentially at odds with one another. The policy emphasis will have to differ by locale, depending on geographical location and level of urbanization. In this way, the ongoing battle against the coronavirus has forced China’s leadership to shift its policy focus from the single clear-cut, overarching imperative of economic growth and development to the complex and clashing imperatives of employment and control of the coronavirus.

In short, in the years to come, the Communist leadership will need to build its capacity for reconciling conflicting interests among various segments of society if it is to maintain one-party rule. In China’s case, such “capacity building” must naturally include measures to tighten the CPC’s grip over society. In terms of domestic policy, Beijing is acutely aware of the challenges and dangers ahead.

Gearing Up for a “Once-in-a-Century Change”

Now let us shift our focus to international relations and the issue of national security. How does China’s leadership view the potential impact of COVID-19 on the global balance of power?

Speaking at the plenary meeting of the delegation of the People’s Liberation Army and People’s Armed Police Force during the 2020 NPC, Xi Jinping spoke bluntly of the pandemic’s “profound impact on the global landscape and on China’s security and development as well.” He then called on the military to “think about worst-case scenarios,” improve its combat-preparedness, and be equipped to “deal with various complex situations in a timely and effective manner.”

These comments should be interpreted in the context of ideas Xi Jinping has been propounding for the past several years, with his repeated hints at an impending shift in the global balance of power and a resulting change in the international order. In the past two years, Xi has spoken of this transition in terms of a “once-in-a-century change” sweeping China and the world.

He has also warned of the security risks attending such a historic shift. Addressing provincial-level senior officials at a CPC study session in January 2019, Xi drew attention to multiple threats to China’s security and stability and called for a high degree of vigilance against low-probability, high-impact “black swan” risks, as well as high-probability but commonly ignored “gray rhino” threats. He then called for both a defensive stance aimed at preventing and managing crises and a “strategic, proactive” approach aimed at “turning crises into opportunities.”

At the 2020 NPC, Xi elaborated on the theme, this time stressing the potential impact of the coronavirus on the once-in-a-century-change and possible repercussions for China’s national security.

Xi Jinping’s views on the changing global environment and the security threat it poses to China were cited in support of the latest target of 6.6% growth in annual military spending, announced during the 2020 NPC. Asked about the increase at a press conference during the session, a spokesperson for the PLA and PAP delegation started out with a quotation from Xi Jinping on the principle of balancing development and security and the need to be “ever ready to protect against potential dangers in time of peace.” He explained that “when we do the defense budget, we should take both economic and security factors into consideration” and then went on to detail the “new risks and challenges” facing China in the realm of national security.

From the foregoing, it seems clear that China’s leadership perceives heightened danger in the realm of national security relations, just as in the domestic sphere.

As I suggested earlier, the CPC, having decided to set forth on the path of economic development driven by free enterprise, has had to grapple with the inherent conflict between one-party autocracy and an increasingly pluralistic society. The COVID-19 crisis has heightened the party leadership’s insecurity regarding its ability to navigate the perilous waters of domestic policy in the context of this fundamental conflict. At the same time, it has heightened Beijing’s concerns regarding the security challenges of the global once-in-a-century change that presumably lies ahead.

Faced with mounting challenges in both the domestic and international spheres, China’s top leadership has called for a “strategic and proactive” approach aimed at “turning crises into opportunities.” As yet it has offered no concrete description of the kind of world it envisions on the other side of the war of endurance against the coronavirus and the coming once-in-a-century change. However, if Beijing’s latest policies toward Hong Kong are any indication of its post-coronavirus vision, then we cannot afford to be complacent regarding Chinese ambitions for the creation of a new world order.

(Originally published in Japanese. Banner photo: A video display in a Beijing subway car shows President Xi Jinping presiding over the closing ceremony of the third session of the 13th National People’s Congress, May 28, 2020. © Kyodo News.)