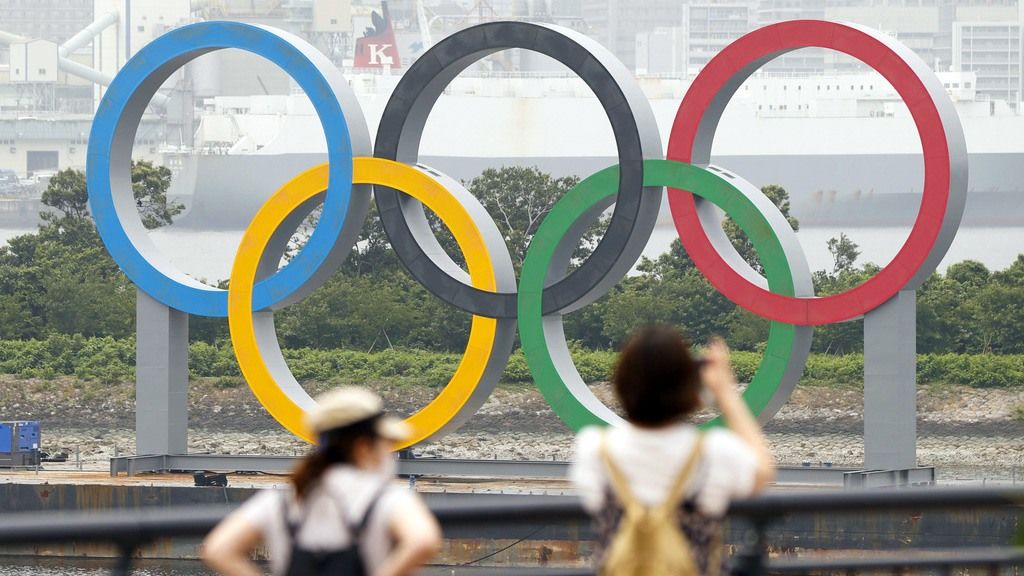 Weighing the Fate of the Tokyo Olympics

Tokyo 2020 Sports Politics Aug 27, 2020
The Olympic are meant to be a joyous celebration of sports, but the postponement of the games and uncertainty over how to hold such a massive event during a pandemic has dampened the mood for Tokyo 2021.

Simplified Games Not So Simple

The Olympic Games have grown in size and scale over the years, prompting calls for downsizing, such as by reducing the number of events and limiting attendance at venues. Japan initially promised to deliver a “compact Olympics,” but this proved impossible and the games are now slated to be the largest ever, with 339 events in 33 different sports.

In late June this year, the Tokyo Organizing Committee and the International Olympic Committee proposed to the various member countries that spending on the games be reduced. Although a detailed proposal has not yet been made public, it would likely include shortening the Olympic torch relay, scaling down the opening and closing ceremonies, shortening athletes’ Olympic Village stays, and paring back attendance at events. However, none of these approaches are entirely realistic.

At a July 6 press conference, TOC Chairman Mori Yoshirō made it clear that simplifying or shortening the opening ceremony was a non-starter due to broadcasting rights obligations. A shorter ceremony would mean empty air time and under contract provisions with television broadcasters, who have paid enormous sums for broadcasting rights, the TOC would be subject to financial penalties.

However, attendance at the ceremony and other events will need to be capped as part of infection-prevention measure. Individuals connected with Olympic partner businesses will claim a sizable portion of tickets. Reduced general attendance or even empty venues will mean less media exposure and consequently, less PR value for sponsors. There are hurdles to abbreviating the Olympic torch relay as well. The relay is supported by major domestic and foreign companies, and the TOC cannot unilaterally decide to shorten or alter the route or schedule.

Most sponsor contracts are set to expire at the end of this year and negotiations to extend them are slated to start soon. Given the circumstances, the TOC is not in a position to dictate any new terms.

There is a host of other operational challenges. Attendee numbers must be decided well in advance so that venue management can decide how many temporary stands will be needed and arrange for security personnel, site volunteers, and buses to ferry people to and from locations. Spectator estimates will also affect the running of airports, including bringing in adequate staff to process inbound visitors and handle anti-terrorism and other security measures. Budgets and other resources will need to be reshuffled, but it is becoming increasingly clear that working out such details is taking a back seat to the numerous contractual obligations imposed by the games.

The Olympics are expected to cost a whopping ¥1.35 trillion. The TOC will cover ¥603 billion of this (this does not include an additional ¥27 billion contingency fund), the Tokyo metropolitan government ¥597 billion, and the central government ¥150 billion. However, the one-year delay is likely to add several hundred billion yen to the total cost.

On the income side, the TOC expects ticket sales to bring in ¥90 billion, but the actual figure might be much less if the Olympics are held without spectators. Contractual arrangements call for the Tokyo metropolitan government to make up any budget shortfalls, with responsibility falling to the central government to make up the deficit should Tokyo be unable to meet its financial commitment.

Tokyo has depleted 90% of its emergency funds in dealing with the coronavirus crisis, and at this point has only ¥80.7 billion left in reserve. The central government has also spent heftily on coronavirus measures, creating a situation where unless expenses can be cut to keep the Olympics on budget, Japanese taxpayers might ultimately be left to foot the bill.

Adding to the uncertainty is the increasingly unstable domestic political climate. Some pundits predict that Prime Minister Abe Shinzō, weakened by successive political scandals, will call a general election for the House of Representatives in the autumn. If the Olympics were to be cancelled outright, the damage to his administration would be incalculable. To Abe’s way of thinking, the sooner he can to dissolve the Diet and call an election the better, as this would limit the time opposition parties have to mount an offensive. Further, given the involvement of ruling party bigwigs in the new cabinet, the results of the election will likely give an indication as to the fate of the games.

In retrospect, the Olympics have been Abe’s show all the way. In 2013 when Tokyo was awarded the games at the IOC session in Buenos Aires, he calmed concerns about the disaster at the Fukushima Daiichi Nuclear Power Station by declaring to the world that the situation at the crippled plant was “under control.” Then in 2016, he made international headlines with his dramatic appearance during the closing ceremony of the Rio de Janeiro Olympics dressed as the Nintendo video game character Super Mario.

As the pandemic picked up speed in the spring, it was Abe who pleaded in a phone call with IOC President Thomas Bach to delay the games to the summer of 2021. Given that Abe’s term as president of the Liberal Democratic Party, and consequentially his tenure as prime minister, runs out in September 2021, many in political circles believe that he views the Olympics as his last hurrah.

Meanwhile, enthusiasm for the games among Tokyoites has waned significantly. In the Tokyo gubernatorial election in July 5, two leading candidates called for cancelling the Olympics outright while others proposed they be delayed another two to four years. But the issue made little impact with voters, who re-elected incumbent Koike Yuriko in a landslide. Newspaper public opinion polls indicate that fewer than half of Tokyoites want the games to be held next summer. The implications of Olympic fever cooling among citizens of the host city has not been lost on the IOC.

In a newspaper interview in his native Australia, John Coates, chairman of the Tokyo Coordination and Legal Affairs Commissions, stated that October would be a critical period for the IOC to assess whether the Olympics would proceed next summer. The pronouncement shocked Japanese organizers, who desperate to salvage the games, quickly drew up a proposal for a slimmed-down version.

When the postponement was announced, Abe pledged to hold the Olympics “in complete form,” ignoring the fact the IOC might use its authority to decide to cancel the games anyway. Offering the alternative plan of holding a scaled-down version was intended to put off a final decision by giving the committee a new proposal to consider.

A Flurry of Athlete Retirements

The postponement of the Olympics has prompted a number of leading athletes to retire. Rugby player Fukuoka Kenki, who had been expected to compete for Japan in the rugby sevens, announced his retirement in order to start his medical studies. A leading point-getter for the Brave Blossoms at the 2019 Rugby World Cup, he decided that he could not afford to wait an additional year to finish his playing career.

Japan women’s national team volleyball player Shinnabe Risa also hung up her shoes, expressing a lack of confidence after suffering a string of injuries at her ability to remain in top physical condition to play in 2021. Shinnabe was a member of the bronze medal-winning team at the 2012 London Olympics.

Trampoline athlete Sotomura Tetsuya, fourth-place finisher at the 2008 Beijing Olympics, likewise decided to call it quits. He said he had reached the limits of his physical and mental stamina and that the vastly changed competitive environment as a result of the coronavirus had made it difficult for him to hang on for another year.

Former Olympics minister Endō Toshiaki, now vice-chair of the TOC, believes that the final decision on whether to hold the games will be made in March 2021, a view that puts him at odds with Coates. With no clear goal line in sight, athletes have been left in limbo.

The pandemic shows no signs of abating, and a further wave of infections is expected in the closing months of the year. Under such conditions, it is unlikely that Japan will relax its current restrictions on entry into the country any time soon.

Researchers around the world are racing to develop a coronavirus vaccine. One recent development is the announcement by researchers in a joint project between pharmaceuticals giant AstraZeneca and Oxford University that they are on track to produce 2 billion doses of a vaccine by yearend. Japan will be importing a concentrated version to manufacture the vaccine for domestic use, but no one knows how many people can be inoculated by next summer. Testing for the virus will be a key factor in determining if the Olympics can in fact go ahead, but it is also unclear how a combination of PCR, antibody, and antigen testing will be carried out.

Barring the successful development of a vaccine, it seems that the only option will be to reduce spectator numbers. Further, given border closures and quarantine requirements, one option may be to restrict audiences to residents of Japan.

At a press conference after the IOC Session of July 17, Bach said that holding the Olympics with fewer spectators was an option that should be considered. Although he dampened speculation that the games might be held behind closed doors or that the opening ceremony might be reduced in scale, he is known to be a realist and appears to be mulling the possibility of forging ahead with reduced spectator numbers.

The Olympic Games are billed as a festival celebrating world peace through sports. Even if the spectator stands are empty, the basic values and role of the Olympic movement will remain unchanged. If the games go ahead in simplified form, the world could be brought together online via information technology to create a new way of celebrating sports. But no one is in a festive mood right now and it is anyone’s guess as to when the clouds will part to let in a ray of light.