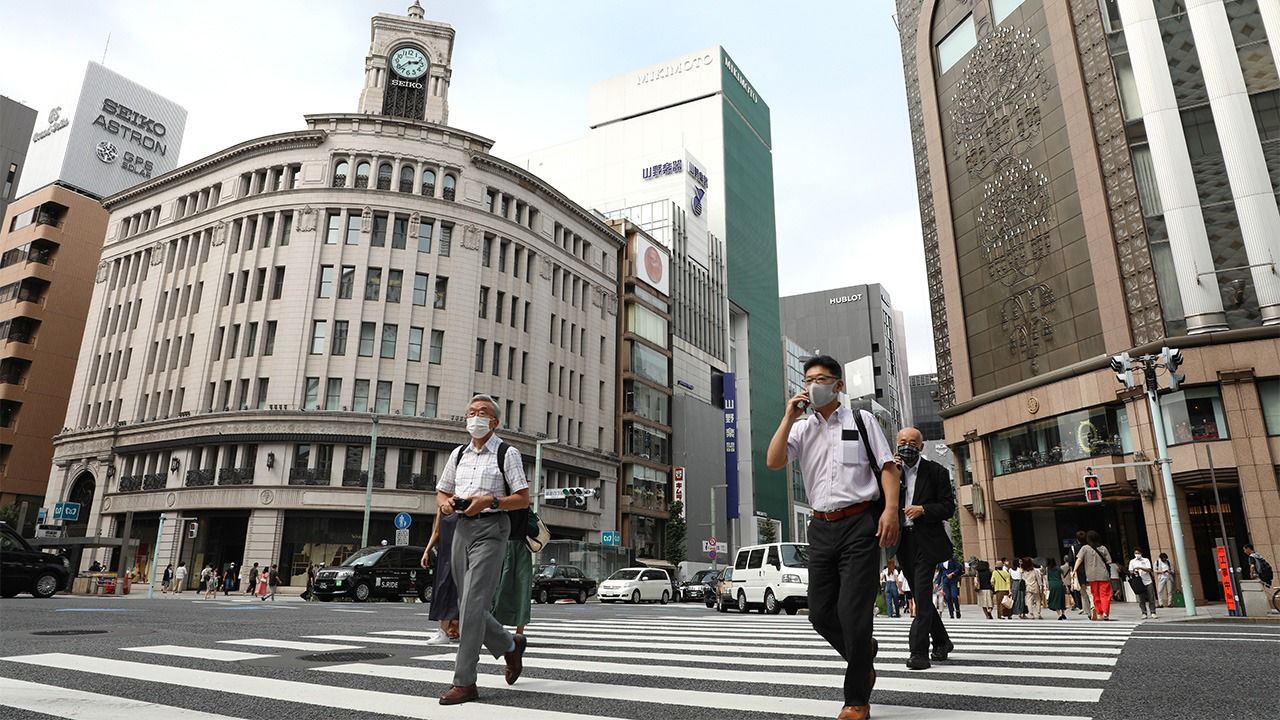 Health Economy Society Lifestyle Sep 16, 2020
As COVID-19 continues to spread in Japan, the government’s response has been marked by confusion, as exemplified by the ill-fated “Go To” travel campaign. Kobayashi Keiichirō, economist and member of the Subcommittee on Novel Coronavirus Disease Control, explains the need for a balance between economic stimulus and saving lives in order to restore the public’s trust.

Research Director at the Tokyo Foundation for Policy Research and member of the government’s Subcommittee on Novel Coronavirus Disease Control. Completed a master’s degree in mathematical engineering at the University of Tokyo in 1991. Received his doctorate in economics from the University of Chicago in 1998. Has been senior researcher at the Research Institute of Economy, Trade, and Industry and professor at Hitotsubashi University’s Institute of Economic Research and Keiō University before assuming his current role in 2019.

In the late spring, Japan’s coronavirus pandemic appeared to have waned. Since July, however, new cases have been on the rise—in Tokyo alone, new infections surpassed 450 on several days in August—and the outbreak has spread to the entire country. Meanwhile, as consumers have stayed home, the economy has stagnated—a stagnation that has been felt not only by restaurants and other small businesses, but also by large corporations. Under the circumstances, the problem tends to be framed as one of “lives versus the economy.” 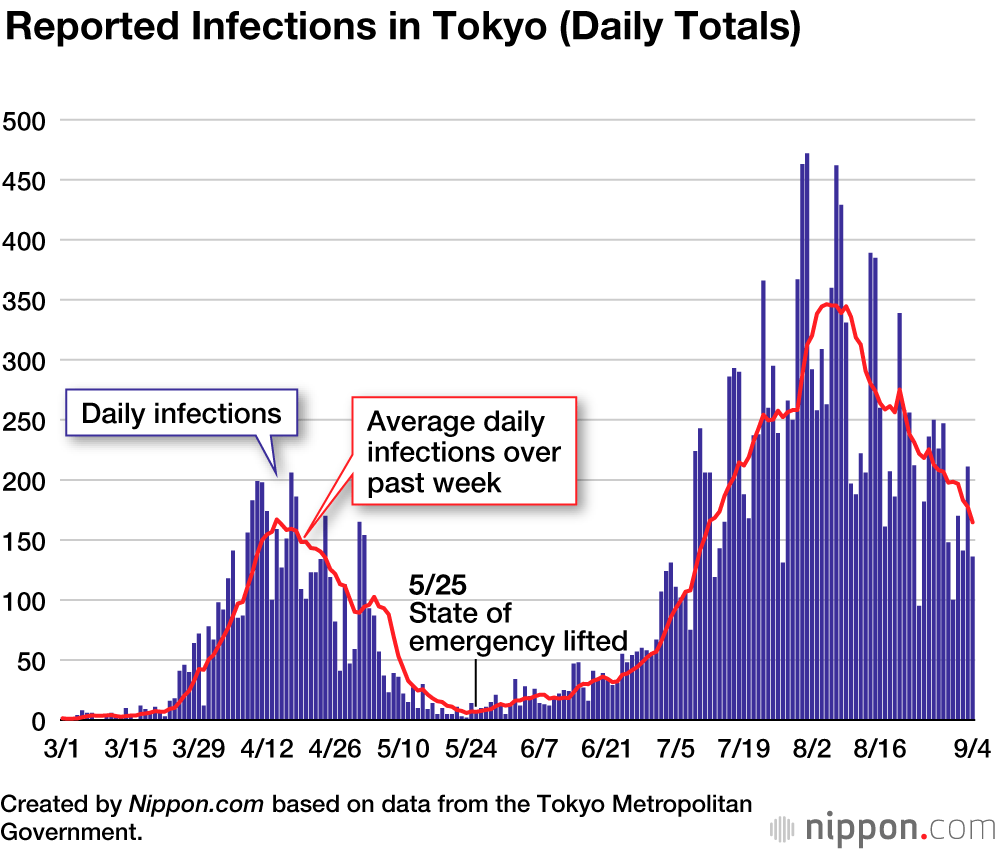 Describing the current situation as a “crisis,” Kobayashi Keiichirō says that back in March, many businesses still had enough reserves to keep them afloat. However, these reserves have now been used up, making further bankruptcies and job losses inevitable, to say nothing of damage to families and communities. We have to try and stop the spread of the virus in a way that will not stall the economy, says Kobayashi. 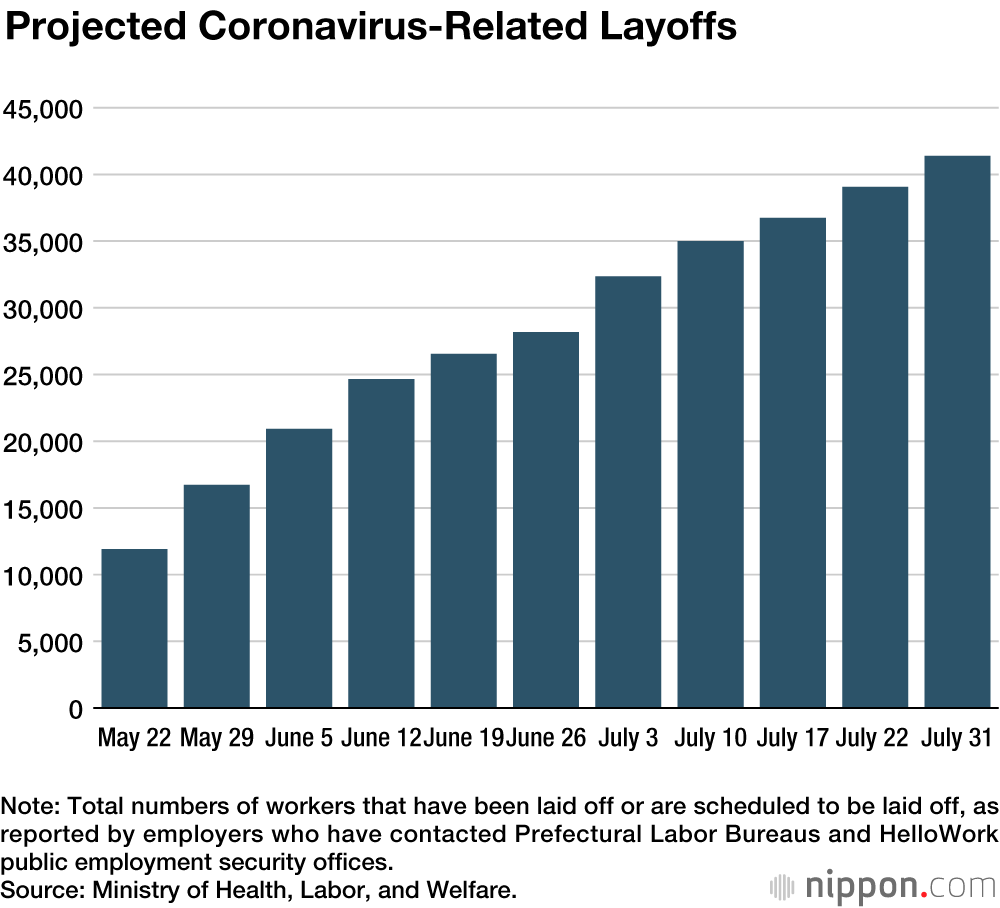 However, economic stimulus could have the effect of exacerbating the epidemic. To get around that dilemma, Kobayashi proposes creating a program of testing and isolation.

“We need to ramp up PCR testing so that people with the virus can be identified quickly. Those with mild symptoms can then be put into government-administered hotels or other isolation facilities. Sufficient beds and medical services also need to be provided to handle serious cases.”

Kobayashi reasons that by temporarily removing infected persons from the community by isolating and treating them, it is possible to reassure the rest of the population that things are safe, and set about restarting the economy. He says the declaration of another state of emergency should be avoided if possible, as it would have devastating effects on the economy.

“If morbidity and mortality increase to such levels that we are clearly going to run out of beds,” he notes, “another state of emergency will need to be declared. We have to take action now to prevent that from happening.”

Putting the Cart before the Horse

Nervous about the worsening state of the economy, the Japanese government brought the launch of its “Go To” travel campaign forward to July 22, in a move Kobayashi believes was counterproductive.

“The more the pandemic spreads and the risk of infection increases, the less consumers spend, and this is bad for the economy. The government’s travel campaign has the effect of increasing interpersonal contact, and therefore the risk of infection. If the necessary testing and medical systems were already in place, we would be able to rapidly identify and isolated infected persons, but the government is trying to drum up demand at a time when both testing and medical services are insufficient. By putting the cart before the horse, they’ve only succeeded in making consumers nervous.”

Kobayashi says the decision to move forward the “Go To” campaign, which was initially scheduled for mid-August, was made without consulting the Subcommittee on Novel Coronavirus Disease Control. 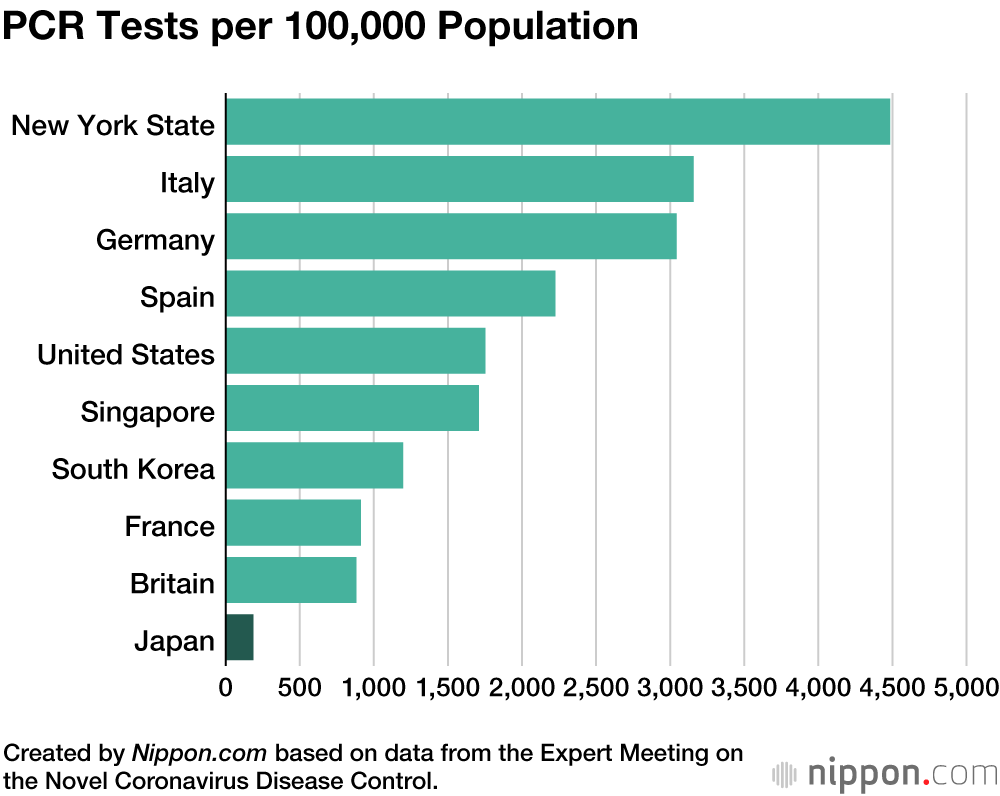 Kobayashi says to reduce the burden on public health centers, those outside the healthcare sector needed to employ tracers to track contacts with infected individuals too. He also says Japan needs to employ an American-style approach, in which the approval of newly developed testing equipment is expedited by shortening the review process for promising inventions. In addition, he states, Japan needs to resolve bottlenecks in the testing program so people do not have to wait so long to be tested.

Too Little, Too Late?

Kobayashi says the government’s COVID-19 response has been “too little, too late,” as exemplified by the vulnerability of its testing program.

Furthermore, while the sudden spike in coronavirus cases has alarmed local governments around the country, the central government maintains that the ¥3 trillion extraordinary regional revitalization package announced earlier in the pandemic will cover their needs. Even the Tokyo Metropolitan Government, known for its deep pockets, has already used up most of the fiscal adjustment fund that represents its “savings,” and has only been able to pay ¥200,000 per month in compensation to restaurants and other businesses forced to operate on reduced hours.

Kobayashi says, “It’s not enough. Things were different in March and April. By asking businesses to close now we are risking more job losses or bankruptcies, so we should compensate those businesses with higher payments.”

At the same time, the government spent a total of ¥12.9 trillion on stimulus payments, which it made to all citizens, irrespective of income. When addressing the Japan National Press Club in March, Kobayashi advocated giving grants in the order of ¥1 million yen per person, paid in installments, to disadvantaged members of society who were vulnerable due to the coronavirus recession. Ultimately, the government simply threw money at the problem, however, and made an across-the-board ¥100,000 payment to every man, woman, and child.

Kobayashi says he believes grants should have been deployed selectively to those in need. In response to the suggestion that it is difficult to know where to draw the line, he says: “The government could have made a provisional payment to everyone who applied, then verified applicants’ incomes at a later date, based on tax returns or year-end adjustment filings, and required those who had received more than they were entitled to to pay the money back. This all could have been accomplished without involving the My Number identification system, either.”

As suggested by Kobayashi’s assertion that the further worsening of the economic situation will create a need for additional payments to the financially disadvantaged, government spending is likely to continue to increase. While traditionally a proponent of fiscal prudence, Kobayashi says at the current time, the government should not hesitate to issue more debt to pay for the coronavirus response. The government should only revert to more cautious spending once the testing and medical response has regained control of the epidemic.

What About the Olympics?

What does Kobayashi think about the Tokyo Olympic and Paralympic Games, now postponed until 2021? Will they go ahead?

“Before the coronavirus outbreak, we were predicting one million overseas visitors in the space of two weeks,” he said. “Testing and tracing that number of people would require intensive human resources. We’re talking 140,000 tests a day, and hundreds of thousands of personnel to monitor the movements of foreign visitors. Realistically, we won’t be able to control the infection without imposing restrictions on spectator numbers, or otherwise restricting the number of visitors.”

(Originally published in Japanese. Banner photo: The streets of Ginza. The coronavirus epidemic has dealt a blow to Japan’s society and economy alike. © Jiji.)